Crash of a Douglas DC-4 into the Atlantic Ocean: 3 killed

Type of aircraft:
Douglas DC-4
Operator:
Continental Air Transport
Registration:
N3821
Flight Phase:
Flight
Flight Type:
Cargo
Survivors:
No
Site:
Lake, Sea, Ocean, River
Schedule:
Halifax - Santa Maria
MSN:
10356
YOM:
1944
Location:
Atlantic Ocean
All World
Country:
World
Region:
World
Crew on board:
3
Crew fatalities:
Pax on board:
0
Pax fatalities:
Other fatalities:
Total fatalities:
3
Captain / Total flying hours:
17500
Circumstances:
While on a cargo flight from Halifax to Santa Maria, Azores Islands, the four engine aircraft crashed into the Atlantic Ocean. SAR operations were conducted but eventually suspended few days later as no trace of the aircraft nor the three crew members was found.
Probable cause:
Due to lack of evidences, the cause of the accident could not be determined.
Final Report:

Registration:
5R-MAD
Flight Phase:
Takeoff (climb)
Flight Type:
Scheduled Revenue Flight
Survivors:
Yes
Site:
Airport (less than 10 km from airport)
Schedule:
Antananarivo - Diego Suarez
MSN:
42991
YOM:
1946
Location:
Antananarivo-Ivato
Antananarivo Province
Country:
Madagascar
Region:
Africa
Crew on board:
5
Crew fatalities:
Pax on board:
70
Pax fatalities:
Other fatalities:
Total fatalities:
42
Circumstances:
Shortly after liftoff, while climbing to a height of 100 feet, one of the engine caught fire and exploded. The airplane stalled and crashed in a prairie located about 720 meters past the runway end. Three crew members and 39 passengers were killed, among them Albert Sylla, the Malagasy Minister of Foreign Affairs. The three crew members who were killed were Mr. Chevrier, captain, Mr. Turin, mechanic and Mr. Goirand, radio navigator.
Probable cause:
Explosion of an engine at a critical stage of flight, just after liftoff, caused the aircraft to stall. The cause of the explosion remains unknown.

Crash of a Douglas DC-4 in Tamanrasset: 35 killed

Registration:
7T-VAU
Flight Phase:
Landing (descent or approach)
Flight Type:
Scheduled Revenue Flight
Survivors:
Yes
Site:
Mountains
Schedule:
Algiers – Ghardaïa – Hassi Messaoud – In Amenas – Djanet – Tamanrasset
MSN:
3065
YOM:
1943
Location:
Tamanrasset
Tamanghasset
Country:
Algeria
Region:
Africa
Crew on board:
6
Crew fatalities:
Pax on board:
33
Pax fatalities:
Other fatalities:
Total fatalities:
35
Circumstances:
The four engine aircraft was completing a flight from Algiers to Tamanrasset with intermediate stops in Ghardaïa, Hassi Messaoud, In Amenas and Djanet. It was scheduled that some tourists should embark at Djanet Airport but for unknown reason, no one embarked or disembarked at Djanet. While approaching Tamanrasset Airport by night, the crew failed to realize his altitude was insufficient when the airplane struck a mountain slope located 8 km from the airport and exploded. The wreckage was found about 300 meters below the summit and the aircraft was completely destroyed by impact forces and a post crash fire. Four passengers were seriously injured (two Algerians and two Swiss) while all 35 other occupants were killed, among them Swiss and French tourists.
The Swiss citizens killed were:
Peter Messikommer,
Reinhard Wyss,
Hans Grieshaber,
Christina Grieshaber,
Wilhelm Leisinger,
Othmar Lienhard,
Fritz Matter,
Emma Holenstein,
Jacques Bachmann,
Werner Luethy,
Raymond Dorner,
Gilberte Dorner,
Anne-Marie Lombard,
Michel Sechy,
Mrs. Sechy,
Juerg Sechy.
Those who survived were:
Jacques Lombard,
Aurelio Fogacci.
Probable cause:
Controlled flight into terrain.

Registration:
HK-174
Flight Phase:
Takeoff (climb)
Flight Type:
Cargo
Survivors:
No
Site:
Airport (less than 10 km from airport)
Schedule:
Bogotá - Barranquilla
MSN:
42929
YOM:
1946
Flight number:
AV870
Location:
Bogotá-El Dorado
Bogotá Capital District
Country:
Colombia
Region:
South America
Crew on board:
2
Crew fatalities:
Pax on board:
0
Pax fatalities:
Other fatalities:
Total fatalities:
2
Captain / Total flying hours:
13000
Captain / Total hours on type:
3244.00
Copilot / Total flying hours:
1965
Circumstances:
Flight 870 was a scheduled domestic cargo flight from Bogotá-El Dorado International Airport to Barranquilla-Soledad Airport. The aircraft took off from runway 30 at 0315 hours local time. According to some witnesses it appeared to lift off with difficulty opposite the control tower and when it reached the airport boundary the crew announced that they were returning to land. The Control Tower asked why they were returning but received no reply. After the accident tower control personnel stated that during take-off the noise of the engines was louder than usual, as if more than one engine was overspeeding, and that when the aircraft started to turn they observed a sudden flash following which they lost visual contact with the aircraft. Shortly thereafter the aircraft struck some trees 400 m from the "San Ramón" property, in a field belonging to the "Laguna Vieja" estate, between the roads leading to Funza and Engativá. The aircraft was destroyed by impact forces and a post crash fire and both pilots were killed.
Probable cause:
Material failure consisting in fatigue failure of a number of teeth of the pinion of the governor control unit, which was jammed against the rack in the "up" position and therefore set for maximum rpm, thus causing the engine to overspeed. This would be in keeping with the fact that the dome ring was at maximum low pitch setting, i.e. high rpm and a runaway propeller on take-off. Was considered as a contributing factor the faulty supervision by the Company. This consisted in briefing the pilot-in-command of the aircraft to make a night flight when he was not qualified for DC-4s, since he was still undergoing training for conversion to L-759.
Final Report:

Crash of a Douglas DC-4 in Stanleyville: 6 killed

Registration:
OO-DEP
Flight Phase:
Takeoff (climb)
Flight Type:
Charter/Taxi (Non Scheduled Revenue Flight)
Survivors:
Yes
Site:
Airport (less than 10 km from airport)
Schedule:
Stanleyville – Kamina
MSN:
18384
YOM:
1944
Location:
Kisangani
Orientale
Country:
Democratic Republic of Congo
Region:
Africa
Crew on board:
3
Crew fatalities:
Pax on board:
11
Pax fatalities:
Other fatalities:
Total fatalities:
6
Captain / Total flying hours:
14000
Aircraft flight hours:
48113
Circumstances:
The aircraft,was chartered by Air Congo and was carrying out a non-scheduled domestic flight Kamina - Stanleyville (now Kisangani) - Kamina. Eleven passengers embarked at Stanleyville and the aircraft started its take-off run at 1920 hours local time. After approximately 900 m the pilot suddenly saw, in the darkness, an empty fuel drum on the runway. In an attempt to avoid it, he veered left by braking violently on the left wheels. In spite of this manoeuvre, the nose wheel hit the drum. The forward part of the aircraft was lifted off the ground, aided perhaps by the pilot's manoeuvre in attempting take-off. By that time, the aircraft had attained a speed at which take-off would have been possible under normal conditions. Unfortunately, following the shock the drum bounced, fell back on the runway, bounced again and the aircraft in a nose high attitude caught the drum with the right stabilizer. Part of the stabilizer was torn away and fell on to the runway while the drum was tossed on to the edge of the clearway. The aircraft continued further, now deflected to the right by the unbalanced right stabilizer, which was probably completely distorted. The crew immediately retracted the landing gear. After being airborne about 500 m, the aircraft, out of vertical control, dived into the clearway at an angle of about 300, bounced up, fell back 50 m farther, skidded on its belly and finally came to a stop after a swing of 900 to the right. During that swing, the passengers in the rear of the cabin were thrown out of the aircraft through the torn-off cargo door and through the open cabin door. Fire broke out immediately after the aircraft came to a stop. The accident occurred on the north clearway of runway 28, about 150 m from the runway end. All three crew members and three passengers were killed, eight other occupants were injured. The airplane was totally destroyed by fire.
Probable cause:
The accident was brought about by impact with a fuel drum which caused partial destruction of the.right elevator, thus rendering the aircraft uncontrollable in flight.
Final Report: 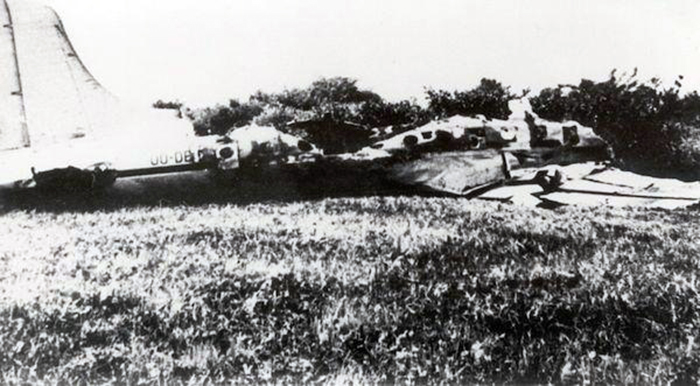 Registration:
PP-BTQ
Flight Phase:
Takeoff (climb)
Flight Type:
Scheduled Revenue Flight
Survivors:
Yes
Site:
Airport (less than 10 km from airport)
MSN:
10506
YOM:
1945
Location:
Belém-Val de Cans-Júlio Cezar Ribeiro
Pará
Country:
Brazil
Region:
South America
Crew on board:
0
Crew fatalities:
Pax on board:
0
Pax fatalities:
Other fatalities:
Total fatalities:
0
Circumstances:
During the takeoff roll, at V2 speed, the crew decided to abandon the takeoff procedure and initiated an emergency braking manoeuvre. Unable to stop within the remaining distance, the four engine aircraft overran, lost its undercarriage and came to rest into trees. All occupants were evacuated safely while the aircraft was damaged beyond repair.
Probable cause:
Poor flight preparation on behalf of the crew who failed to follow the pre-takeoff checklist and started the takeoff procedure with the controls locked. The crew realized that the controls were still locked once the V2 speed was reached and immediately initiated an emergency braking procedure. 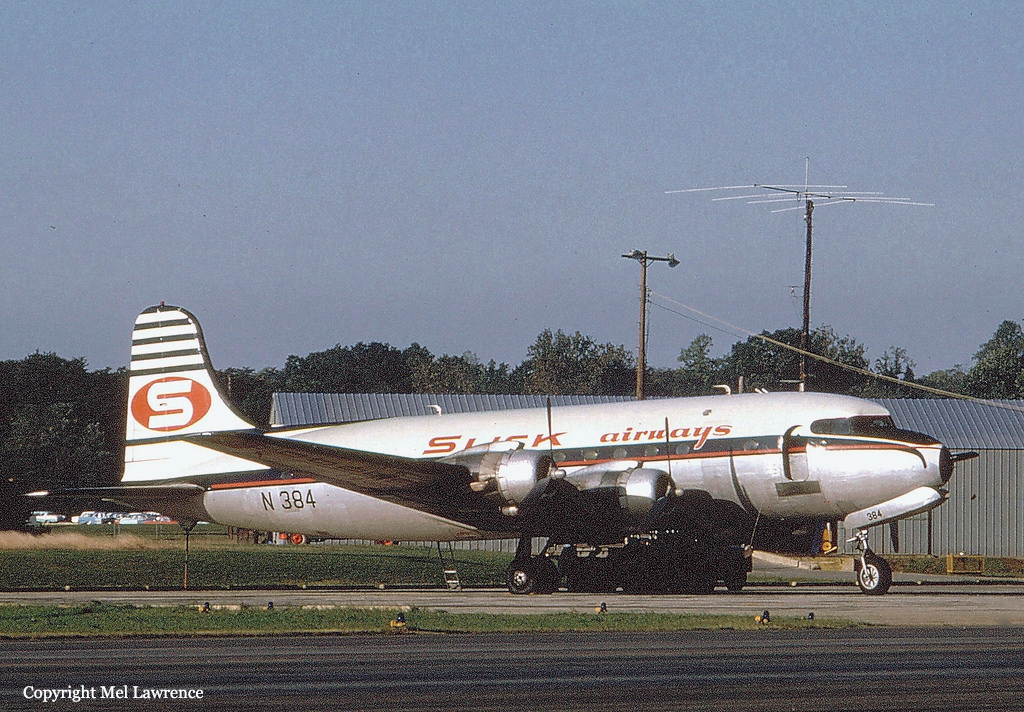 Crash of a Douglas R5D-3 in Calverton: 6 killed

Registration:
OD-AEC
Flight Phase:
Takeoff (climb)
Flight Type:
Cargo
Survivors:
No
Site:
Lake, Sea, Ocean, River
Schedule:
London – Frankfurt – Brindisi – Beirut
MSN:
42918
YOM:
1946
Flight number:
MV104
Location:
Brindisi
Apulia
Country:
Italy
Region:
Europe
Crew on board:
6
Crew fatalities:
Pax on board:
0
Pax fatalities:
Other fatalities:
Total fatalities:
6
Captain / Total flying hours:
15000
Captain / Total hours on type:
5000.00
Copilot / Total flying hours:
2700
Circumstances:
Following a normal takeoff from Brindisi Airport runway 05, the airplane did not gain height as expected. After reaching a height of 60 m it began to descend gradually, in a slightly banked to port attitude, and struck the sea about 2,250 m from the end of the runway, 4° left of the extended runway centerline. The airplane was destroyed by impact forces and a fire broke out. All six crew members were killed.
Probable cause:
The accident was probably caused by a loss of power on No.1 and 2 engines following takeoff, which resulted in a gradual loss of height. The probable slow psycho-physical reaction of the crew, due to fatigue, may have prevented perception of the danger and the timely execution of manoeuvres to prevent the accident, or minimize its consequences.
Final Report: 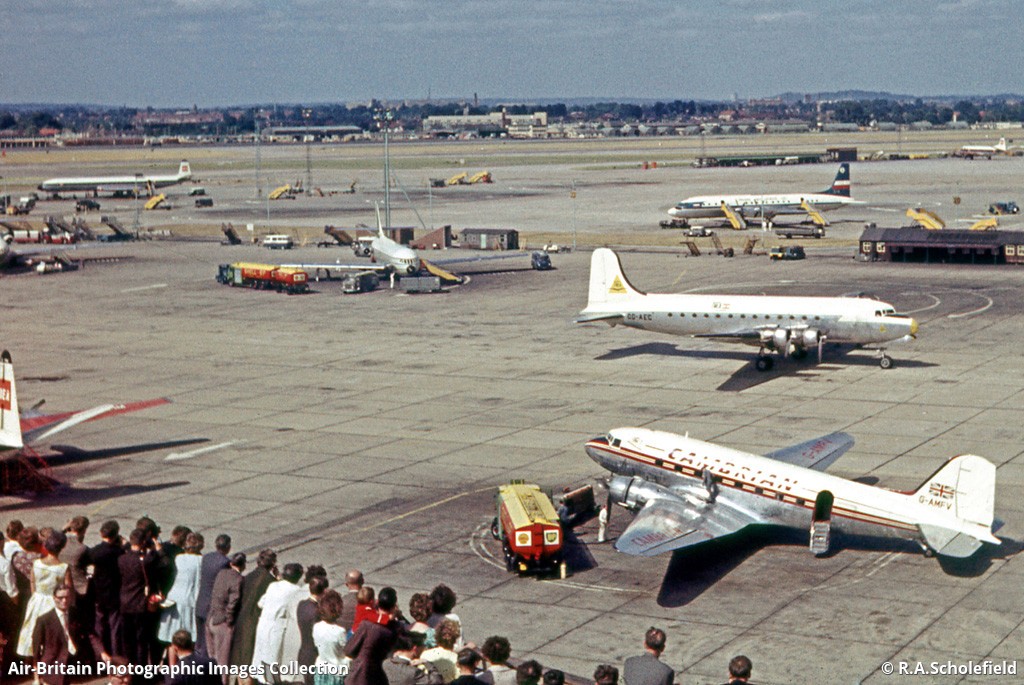