Crash of an Antonov AN-12BK in Tamanrasset: 7 killed

Registration:
UR-DWF
Flight Phase:
Takeoff (climb)
Flight Type:
Cargo
Survivors:
No
Site:
Mountains
Schedule:
Glasgow – Ghardaïa – Tamanrasset – Malabo
MSN:
8345802
YOM:
14
Flight number:
UKL4061
Location:
Tamanrasset
Tamanrasset
Country:
Algeria
Region:
Africa
Crew on board:
7
Crew fatalities:
Pax on board:
0
Pax fatalities:
Other fatalities:
Total fatalities:
7
Circumstances:
The four engine aircraft was performing a cargo flight from Glasgow-Prestwick to Malabo, Equatorial Guinea, with a crew of 7 and a load of oil equipment. Three minutes after takeoff from Tamanrasset-Aguenar-Hadj Bey Akhamok Airport, radio contact was lost with the aircraft that crashed in a mountainous terrain located some 15 km south of the airport. The crash site was spotted in early morning and the aircraft was totally destroyed by impact forces and post crash fire. All 7 crewmen (six Ukrainians and one Russian) were killed. 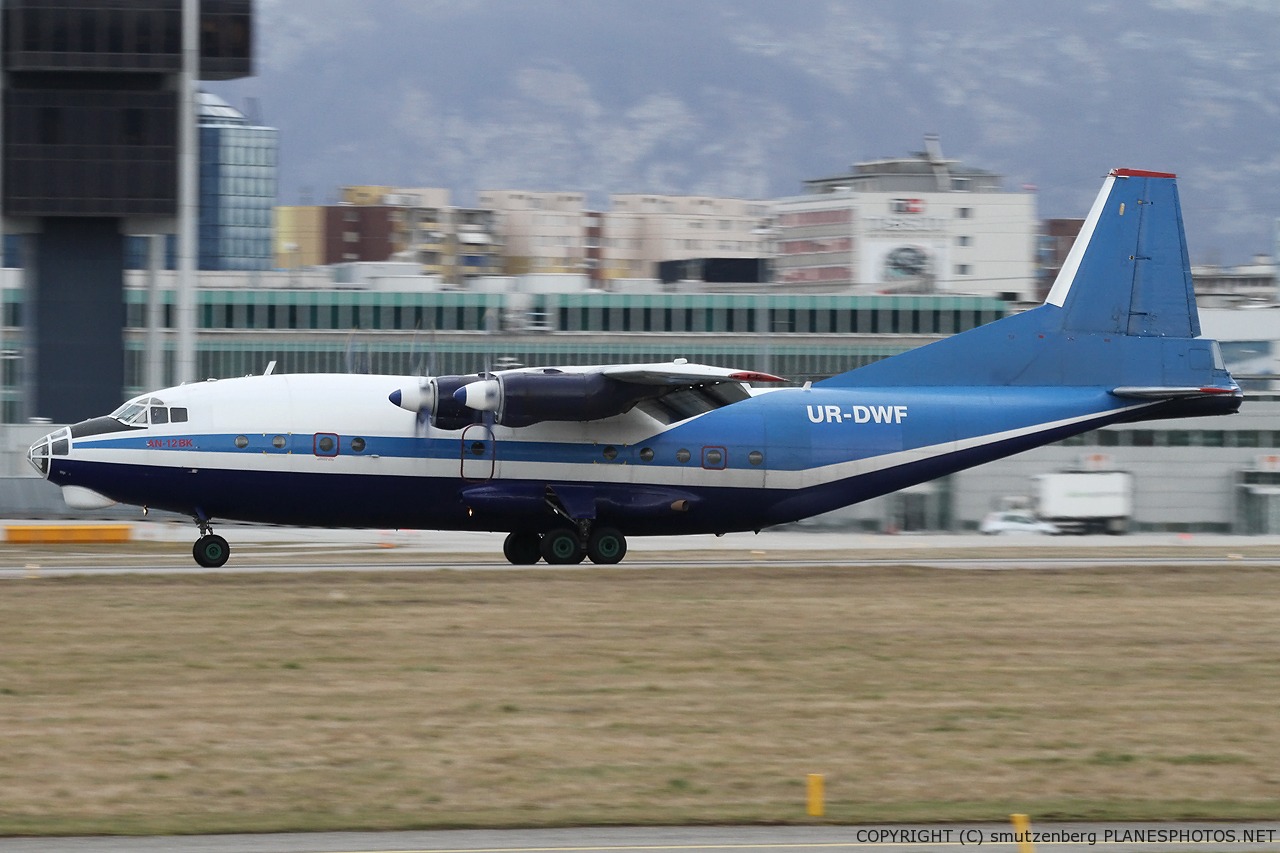 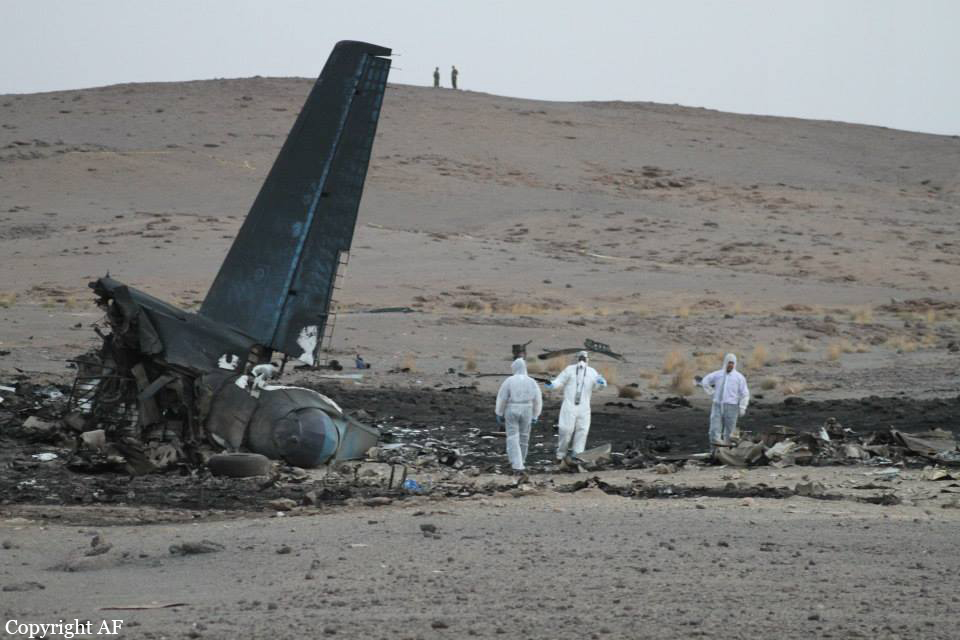 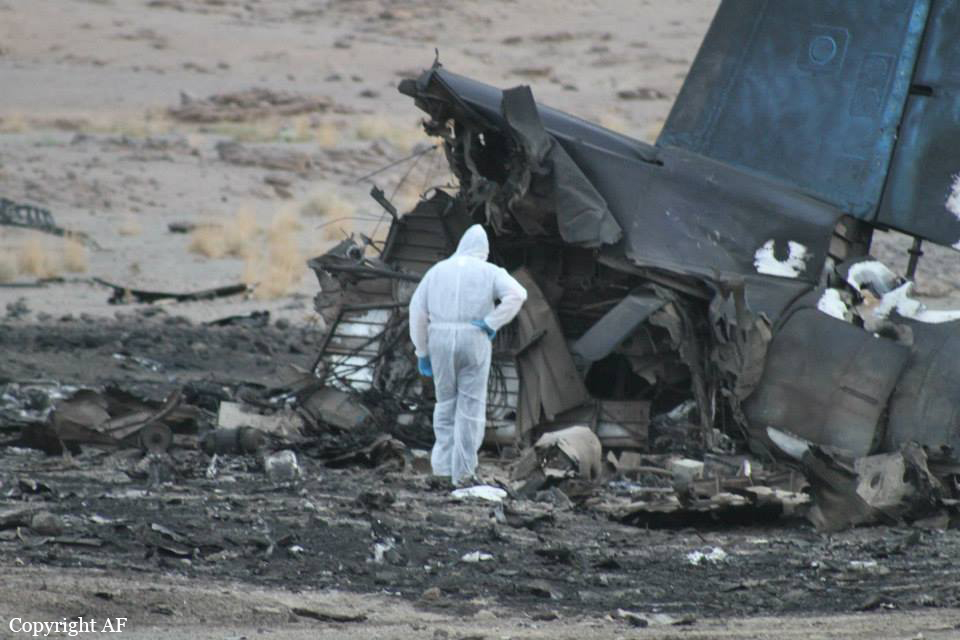 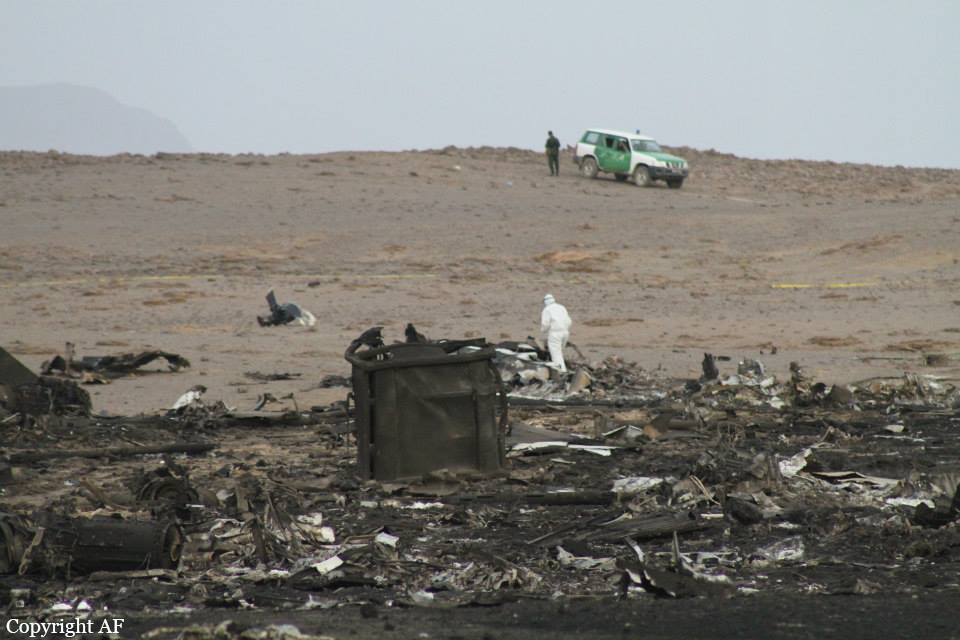 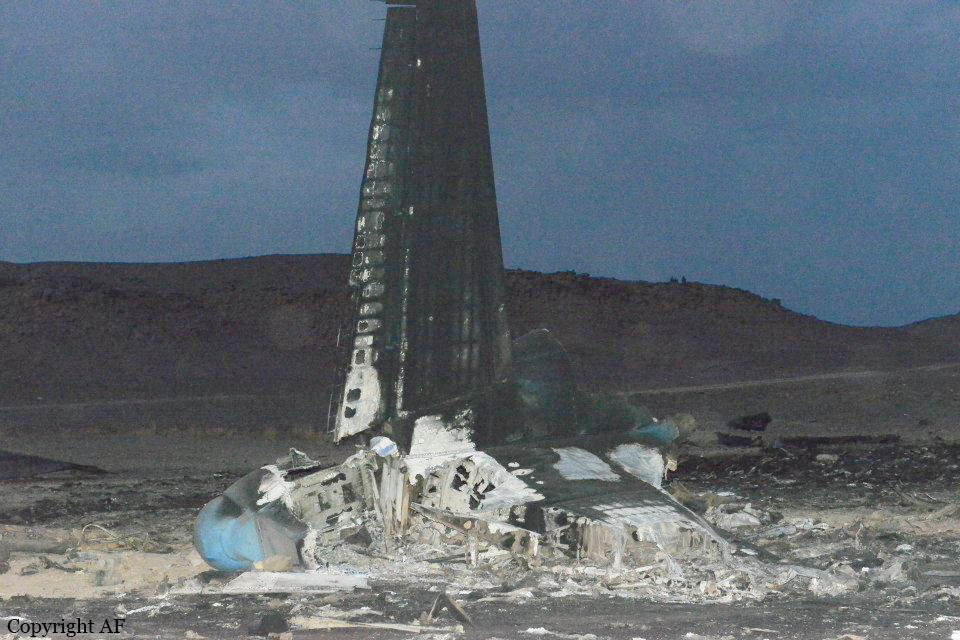 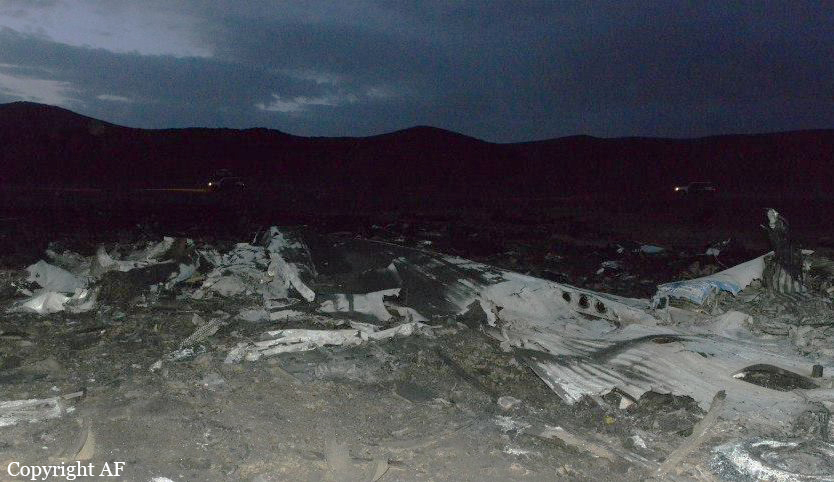 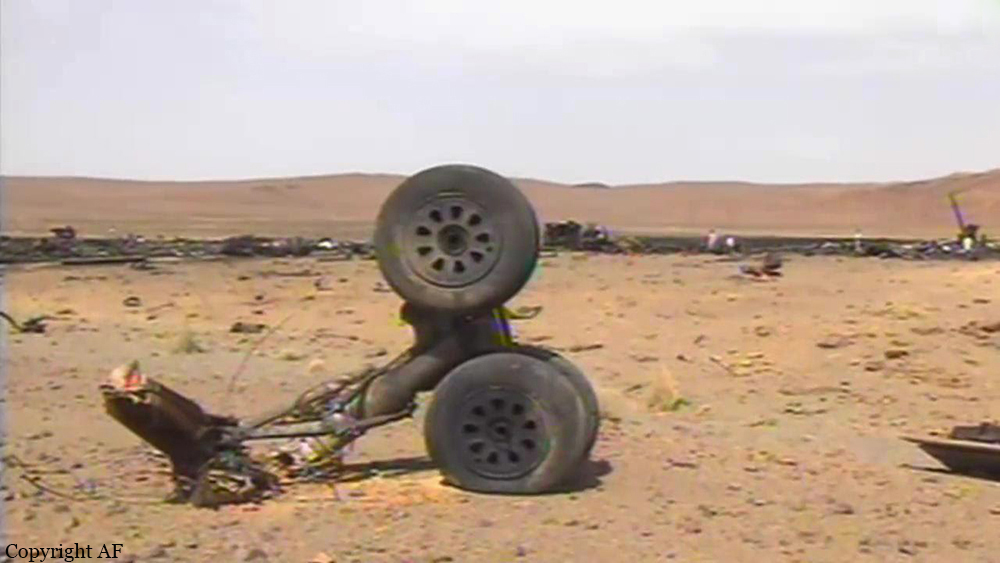 Registration:
7T-WHM
Flight Phase:
Landing (descent or approach)
Flight Type:
Military
Survivors:
Yes
Site:
Mountains
Schedule:
Tamanrasset – Constantine
MSN:
4919
YOM:
0
Location:
Aïn Kercha
Oum el-Bouaghi
Country:
Algeria
Region:
Africa
Crew on board:
4
Crew fatalities:
Pax on board:
73
Pax fatalities:
Other fatalities:
Total fatalities:
76
Circumstances:
Aircraft was on its way from Tamanrasset to Constantine with soldiers family members on board. When crew started the descent to Constantine-Mohamed Boudiaf Airport's runway 34, weather conditions were marginal with wind gusting to 28 knots and poor visibility in light snow falls. Aircraft was too low on approach and hit the slope of mount Djebel Ta Fertas located near Aïn Kercha, some 30 km south of Constantine Airport. A passenger was rescued and evacuated on local hospital while all 76 other occupants were killed. 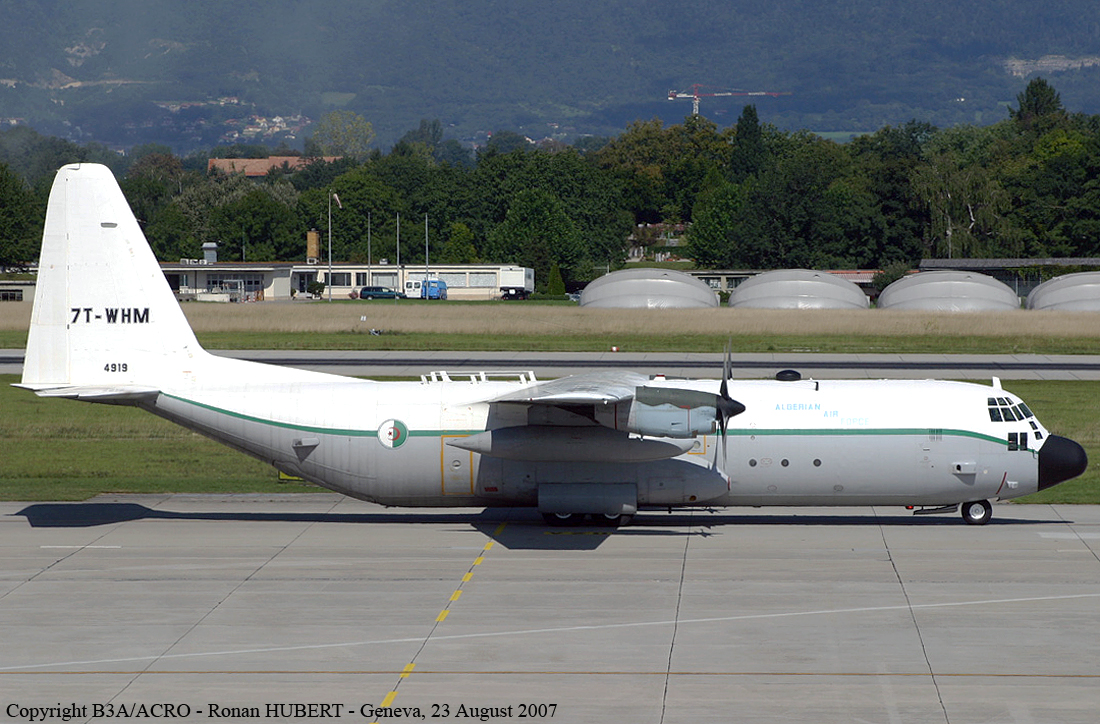 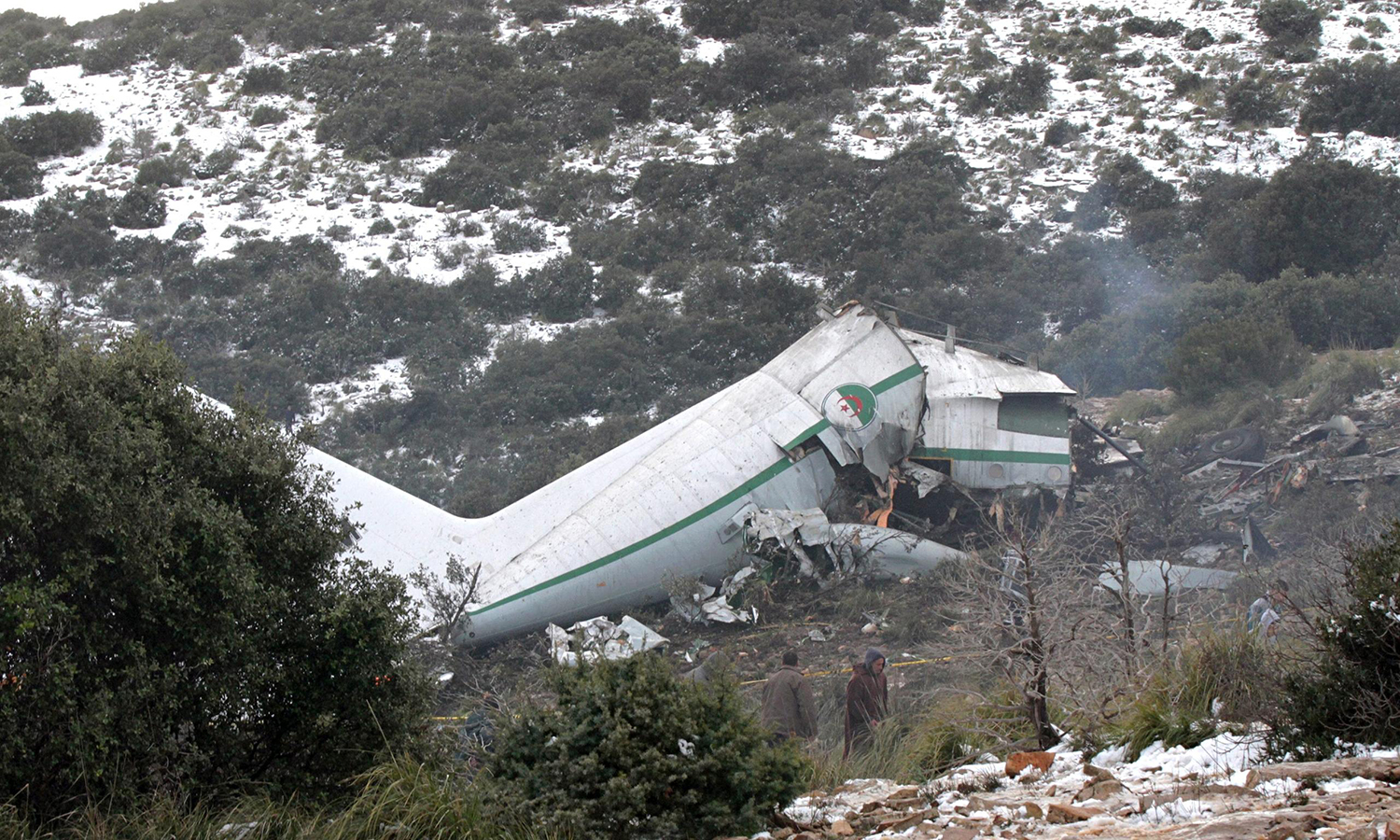 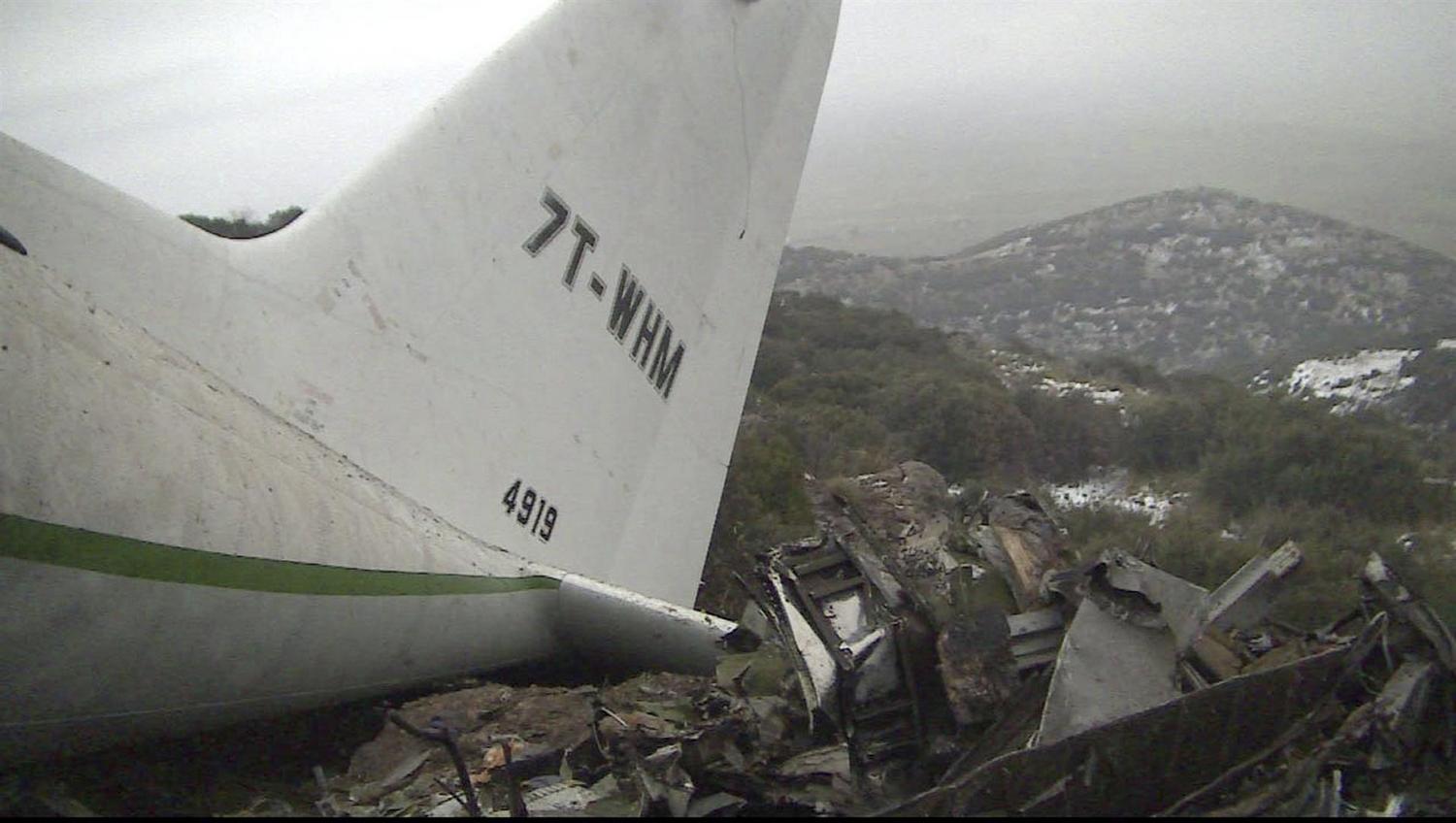 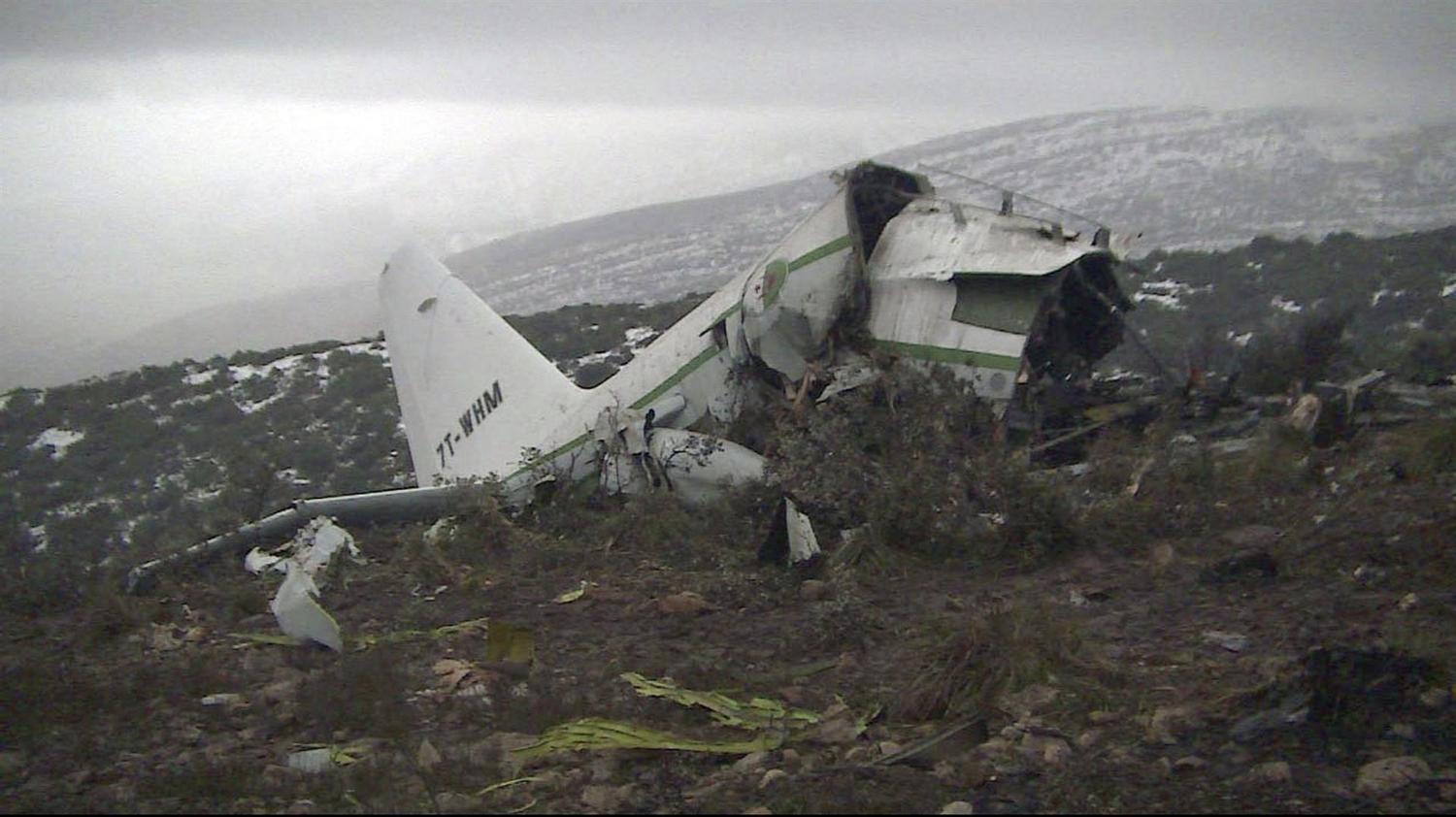 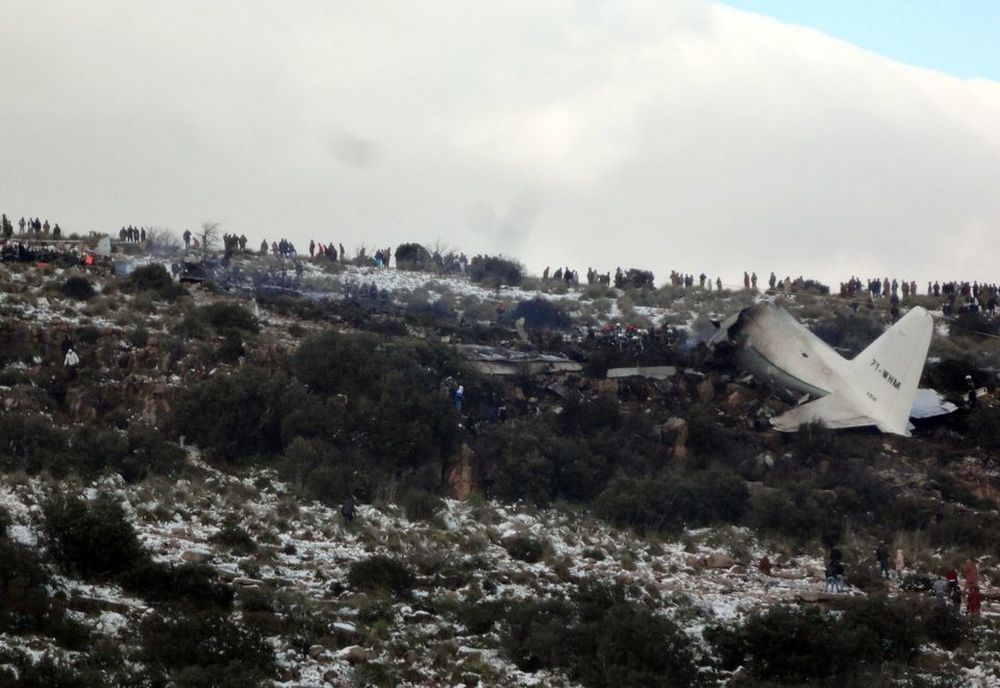 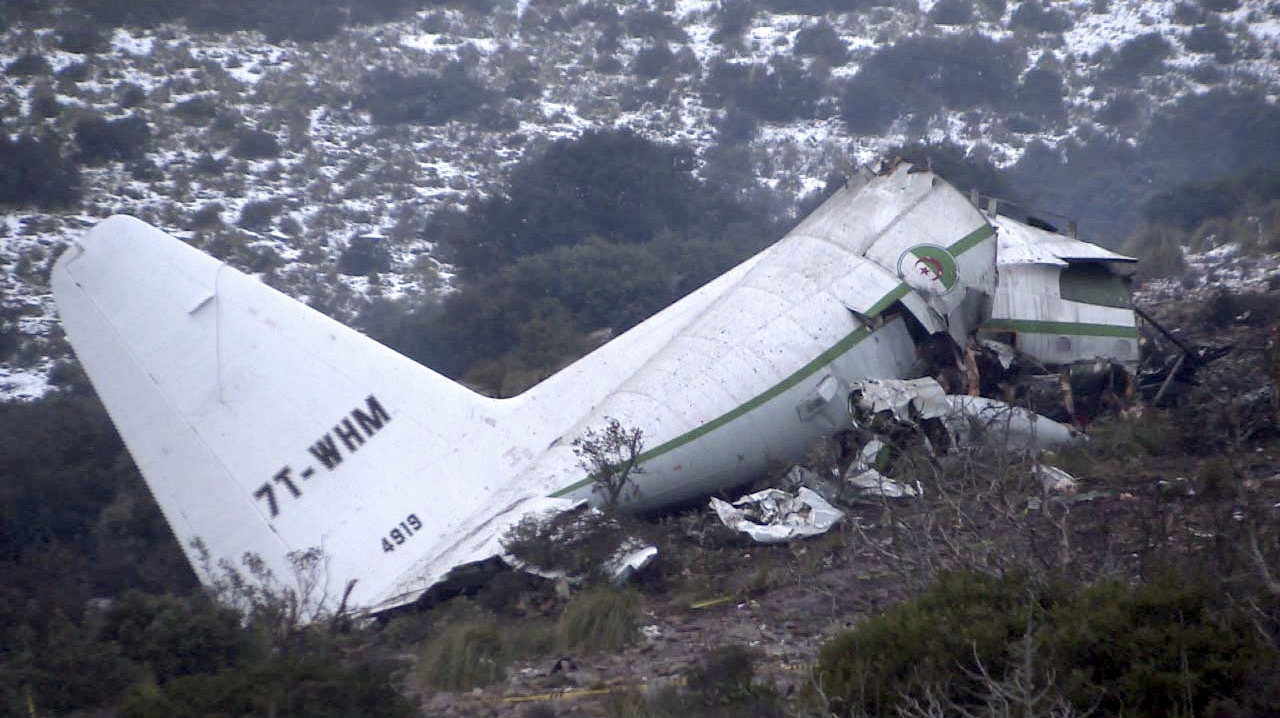 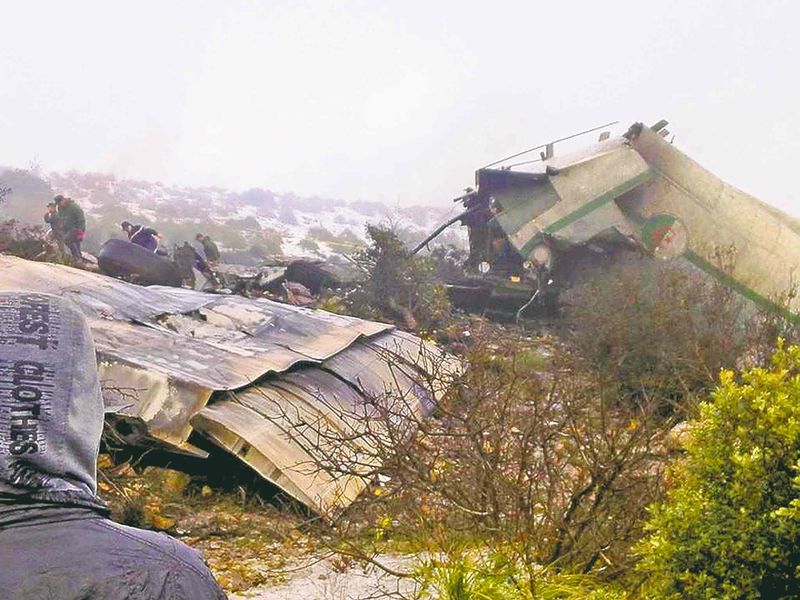 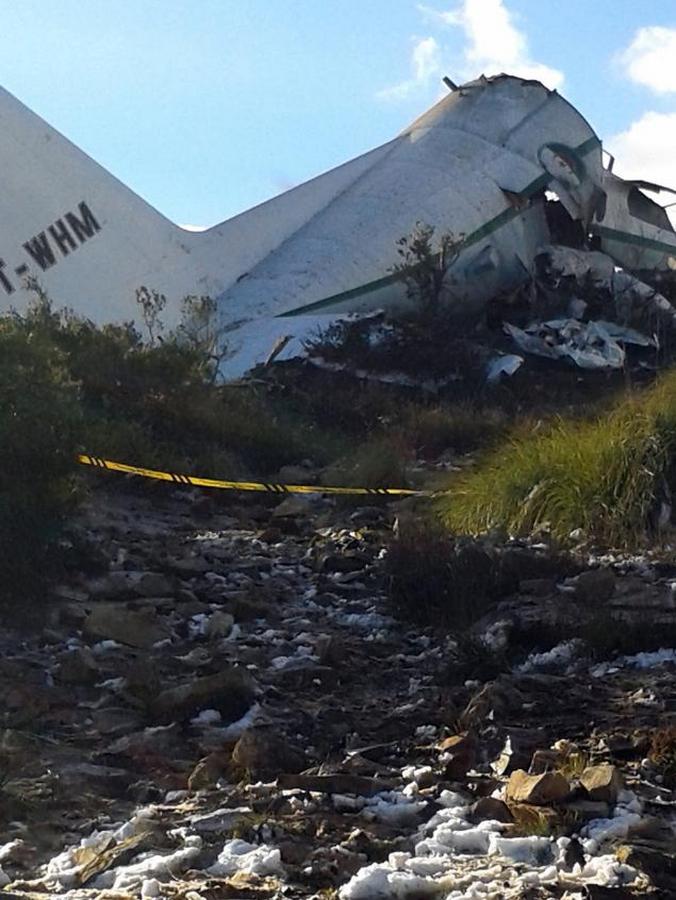 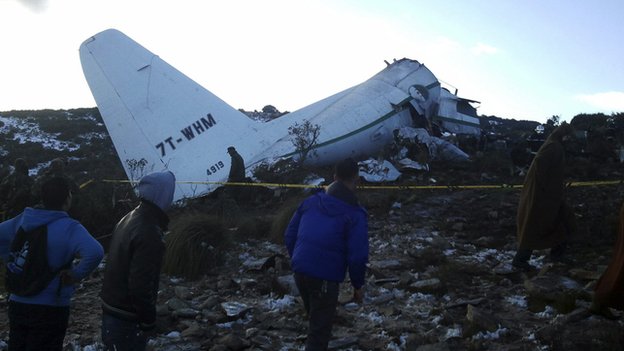 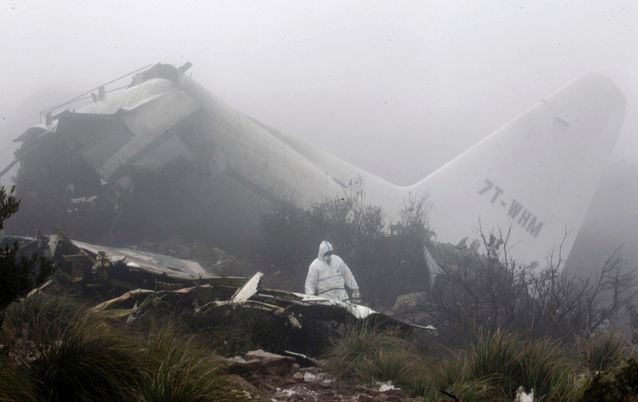 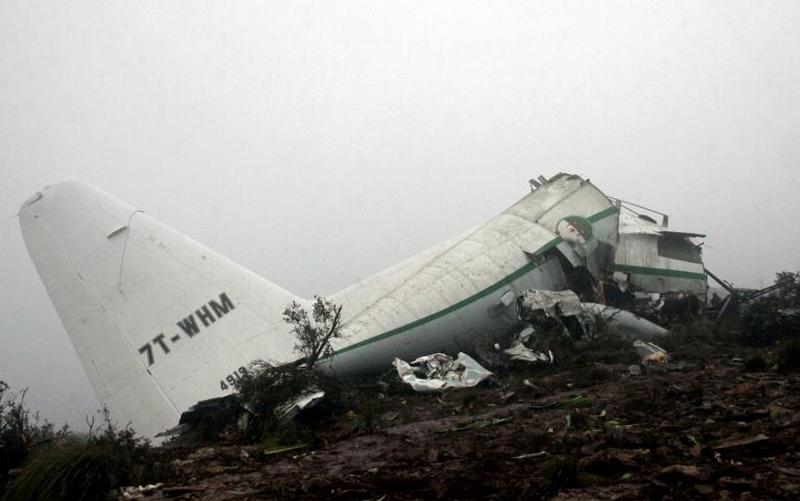 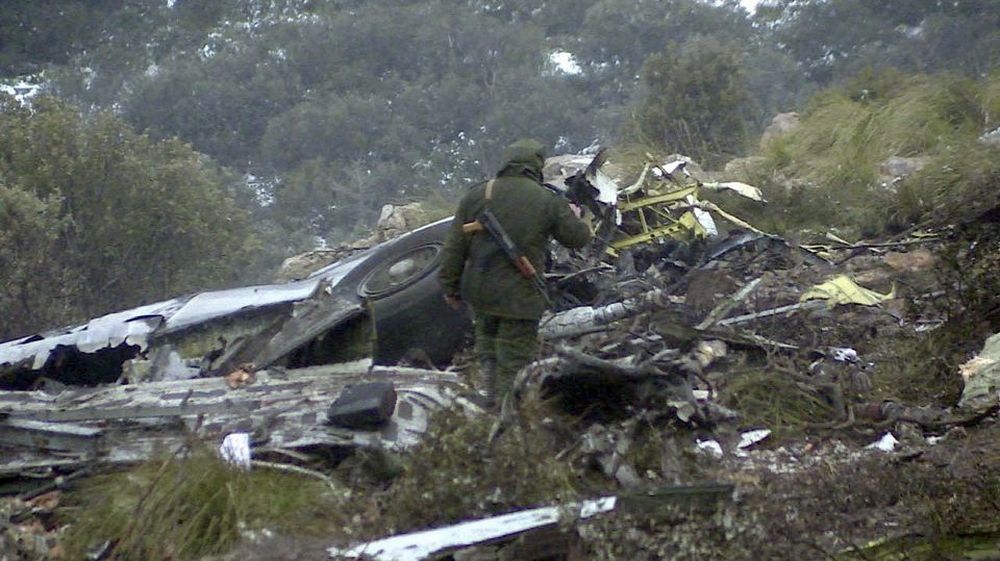 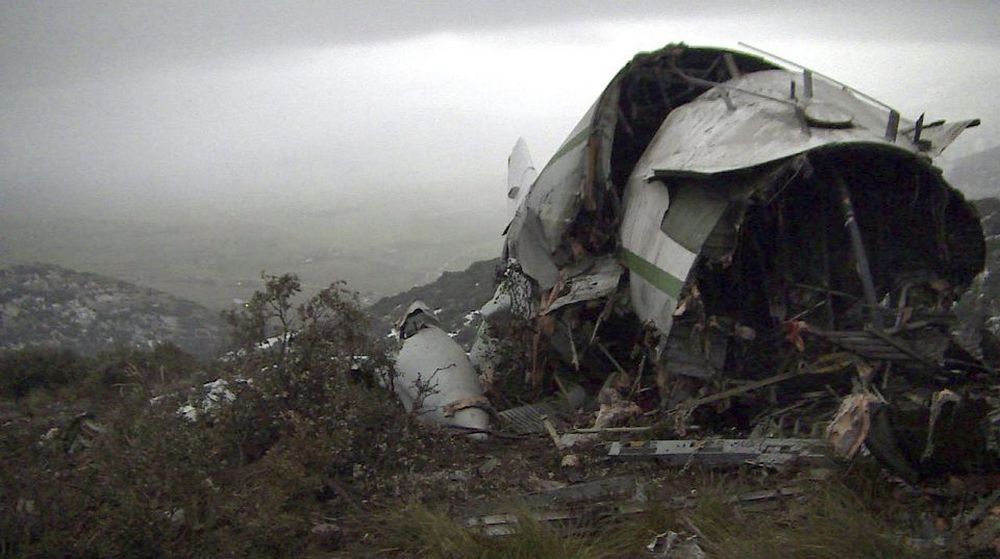 Registration:
7T-VEZ
Flight Phase:
Takeoff (climb)
Flight Type:
Scheduled Revenue Flight
Survivors:
Yes
Site:
Airport (less than 10 km from airport)
Schedule:
Tamanrasset - Ghardaia - Algiers
MSN:
22700
YOM:
1983
Flight number:
AH6289
Location:
Tamanrasset
Tamanrasset
Country:
Algeria
Region:
Africa
Crew on board:
6
Crew fatalities:
Pax on board:
97
Pax fatalities:
Other fatalities:
Total fatalities:
102
Captain / Total flying hours:
10760
Captain / Total hours on type:
1087.00
Copilot / Total flying hours:
5219
Copilot / Total hours on type:
1292
Aircraft flight hours:
41472
Aircraft flight cycles:
27184
Circumstances:
The aircraft was taking off from Tamanrasset to undertake, with a three-hour delay, scheduled flight DAH 6289 to Ghardaïa and Algiers. Six crew members (two flight crew and four cabin crew) and 97 passengers were on board. The co-pilot was pilot flying. No technical exemptions or deferred maintenance items applied to the airplane; on departure from Algiers it had been subject to routine maintenance for a minor technical problem, a hydraulic pump having been changed in the circuit B landing gear bay. The speeds decided on by the crew were V1 = 144 kt, VR = 146 kt, V2 = 150 kt. The EPR displayed was 2.18, that is to say nominal maximum thrust on take-off. At 14 h 01 min 37 s, the crew requested start-up clearance. At 14 h 08 min 36 s, the tower cleared the airplane to taxi, enter and taxi up runway 02. The wind was 330 at 12 kt. At 14 h 12 min 30 s, the co-pilot called out “we’re ready”. At 14 h 12 min 31 s, the tower cleared flight 6289 to line up and take off. At 14 h 13 min 36 s, flight DAH 6289 announced take-off. About five seconds after airplane rotation, at the moment when gear retraction was requested, a sharp thumping noise was recorded on the CVR. The airplane’s heading veered to the left, followed by a track correction. The Captain announced that he was taking over the controls. A short time later, the co-pilot told the control tower “we have a small problem”. The airplane continued to climb and reached a recorded height of about 400 ft. The speed dropped progressively from 160 kt during airplane lift-off to stall speed at the end of the recording. In fact, about ten seconds before, the noise of the stick shaker is heard on the CVR (which usually indicates that the airplane is 7% from its stall speed). The “Don’t Sink” aural warning, which normally indicates a loss of altitude during take-off when the airplane is below nine hundred feet, appeared about six seconds before the end of the recording. The airplane, with landing gear extended, struck the ground on its right side. A severe fire broke out immediately. The airplane slid along, losing various parts, struck and knocked over the airport perimeter fence then crossed a road before coming to a halt in flames. The control tower immediately sounded the alert.
Probable cause:
Probable causes:
The accident was caused by the loss of an engine during a critical phase of flight, the non-retraction of the landing gear after the engine failure, and the Captain, the PNF, taking over control of the airplane before having clearly identified the problem.
The following factors probably contributed to the accident:
• the perfunctory flight preparation, which meant that the crew were not equipped to face the situation that occurred at a critical moment of the flight;
• the coincidence between the moment the failure occurred and the request to retract the landing gear;
• the speed of the event that left the crew little time to recover the situation;
• maintaining an inappropriate rate of climb, taking into account the failure of one engine;
• the absence of any teamwork after the engine failure, which led to a failure to detect and correct parameters related to the conduct of the flight (speed, rate of climb, configuration, etc.);
• the takeoff weight being close to the maximum with a high aerodrome altitude and high temperature;
• the rocky environment around the aerodrome, unsuitable for an emergency landing.
Final Report: 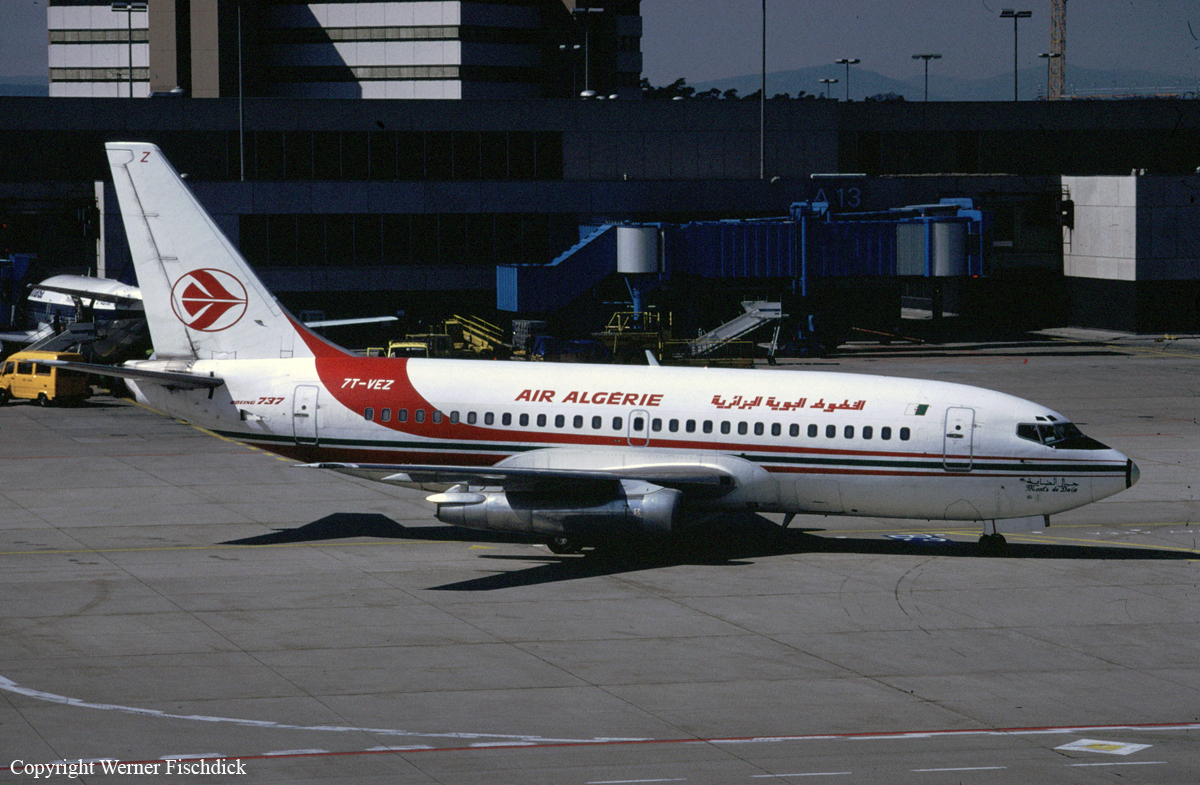 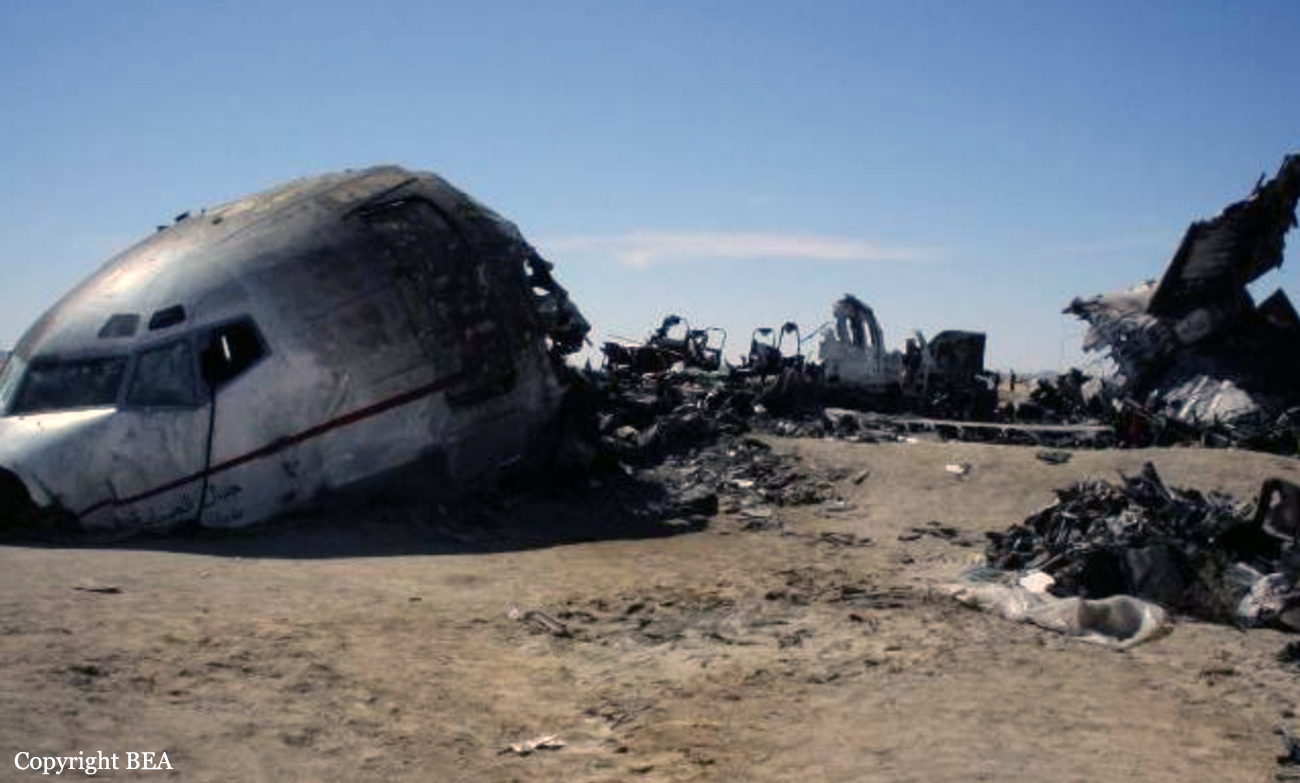 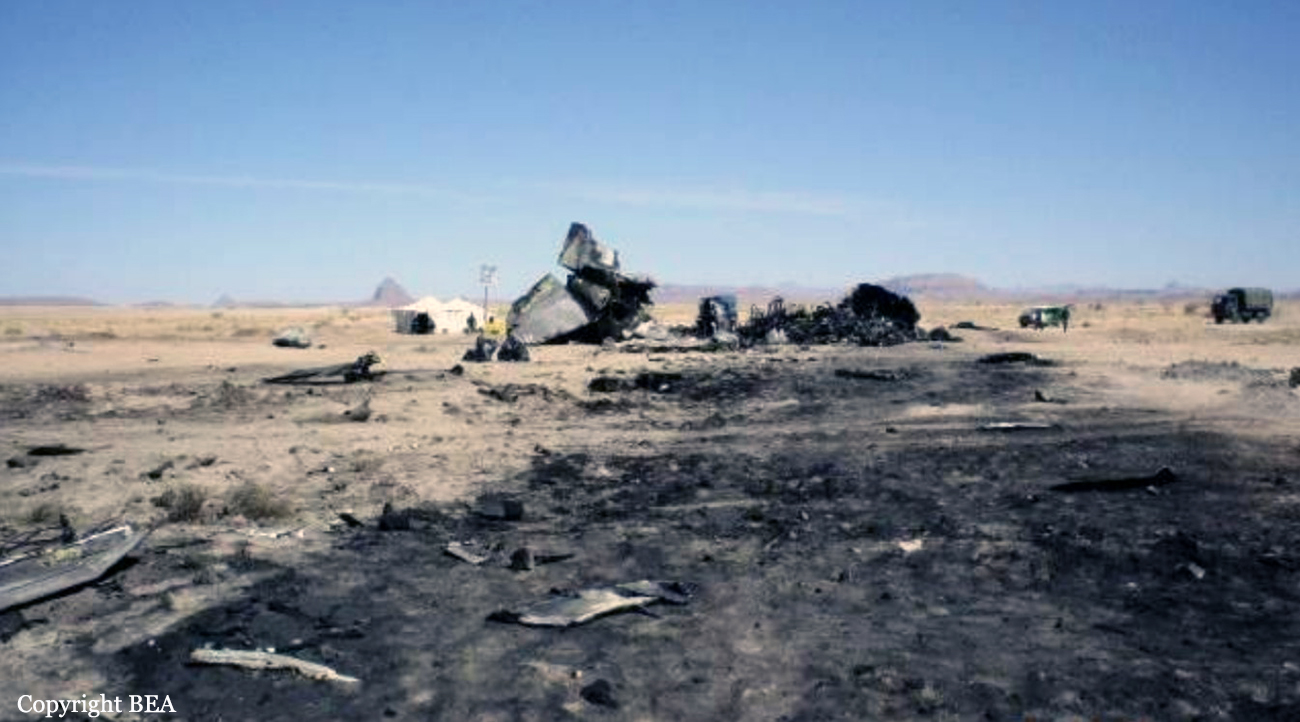 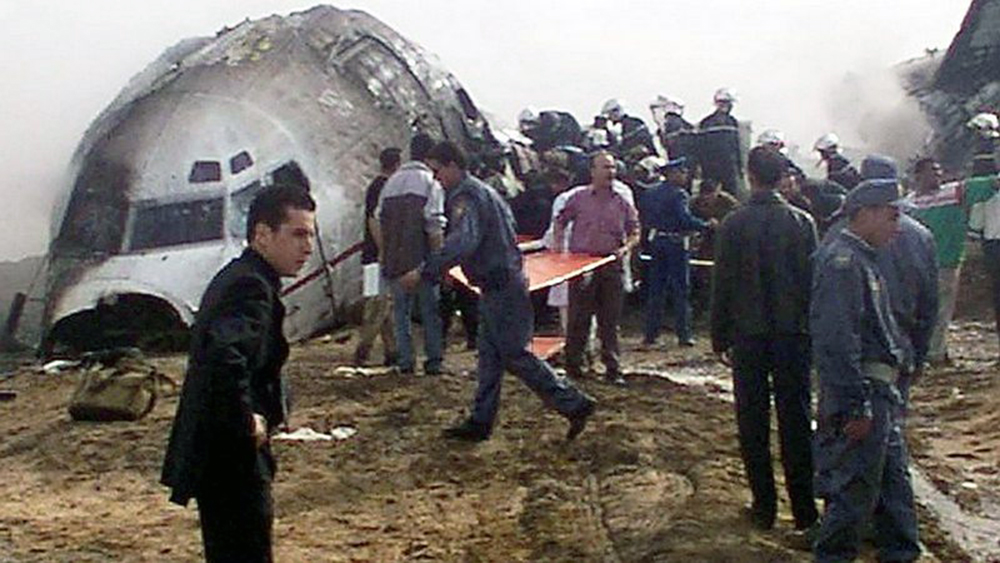 Type of aircraft:
BAc 111
Operator:
Oriental Airlines
Registration:
5N-IMO
Flight Phase:
Landing (descent or approach)
Flight Type:
Charter/Taxi (Non Scheduled Revenue Flight)
Survivors:
Yes
Site:
Airport (less than 10 km from airport)
Schedule:
Tunis - Tamanrasset - Lagos
MSN:
229
YOM:
1970
Location:
Tamanrasset
Tamanrasset
Country:
Algeria
Region:
Africa
Crew on board:
7
Crew fatalities:
Pax on board:
32
Pax fatalities:
Other fatalities:
Total fatalities:
5
Circumstances:
The aircraft was completing a charter flight from Tunis to Lagos with an intermediate stop in Tamanrasset, carrying members of the Nigerian football team Iwanwanyu returning to Lagos after a matched played in Tunis for the Africa Cup. On approach to Tamanrasset-Aguenar Airport in the early morning, the crew encountered poor visibility due to haze. As he was unable to establish a visual contact with the runway, the captain decided to initiate a go-around procedure. Following a holding pattern, the crew abandoned two other approaches and after 83 minutes, he eventually attempted a fourth landing when, on short final, the aircraft collided with approach lights then a pylon and a truck before coming to rest by the runway. Two passengers and three crew members were killed while 34 other occupants were injured, some seriously. 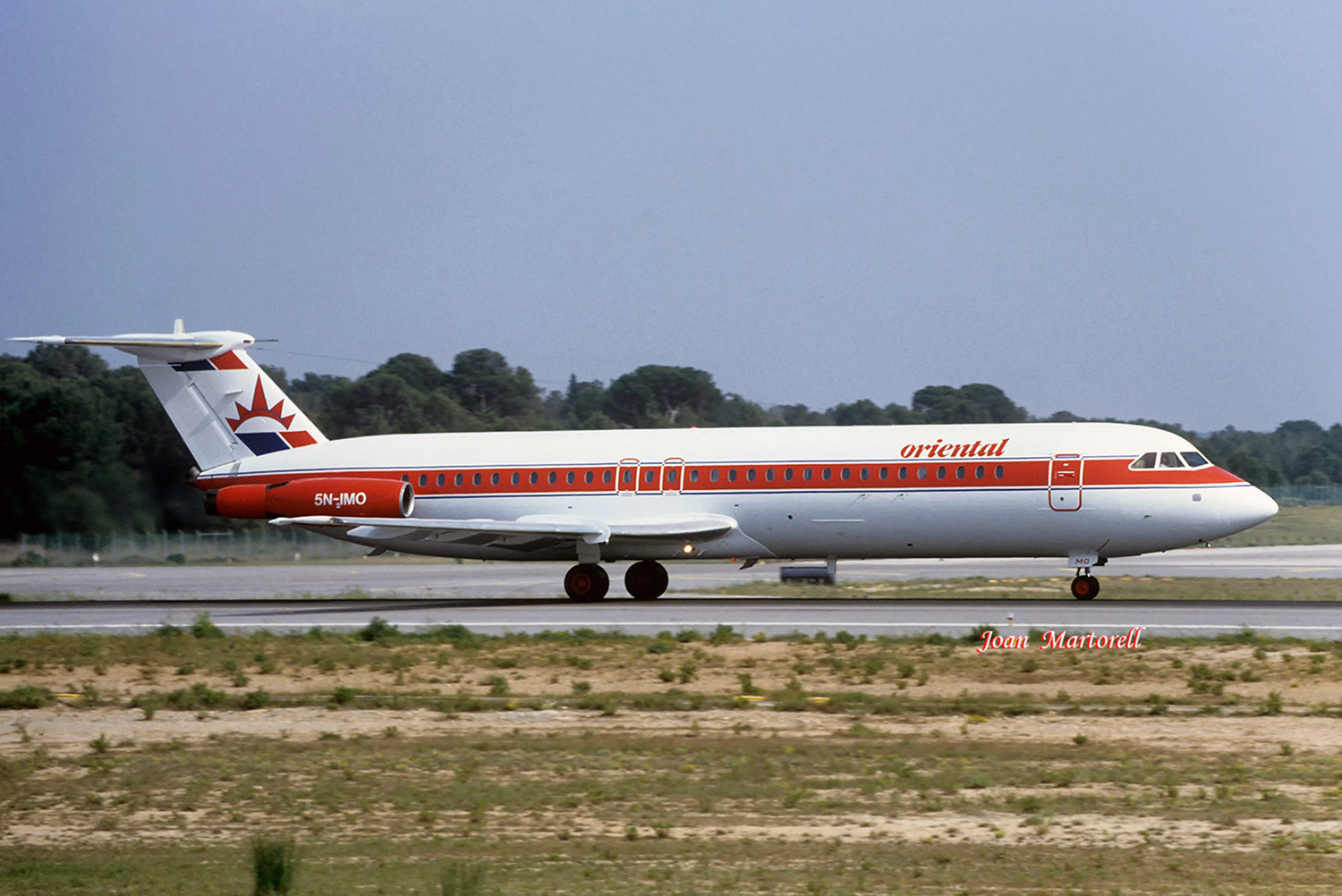 Crash of a Fokker F27 Friendship 400M in In Guezzam 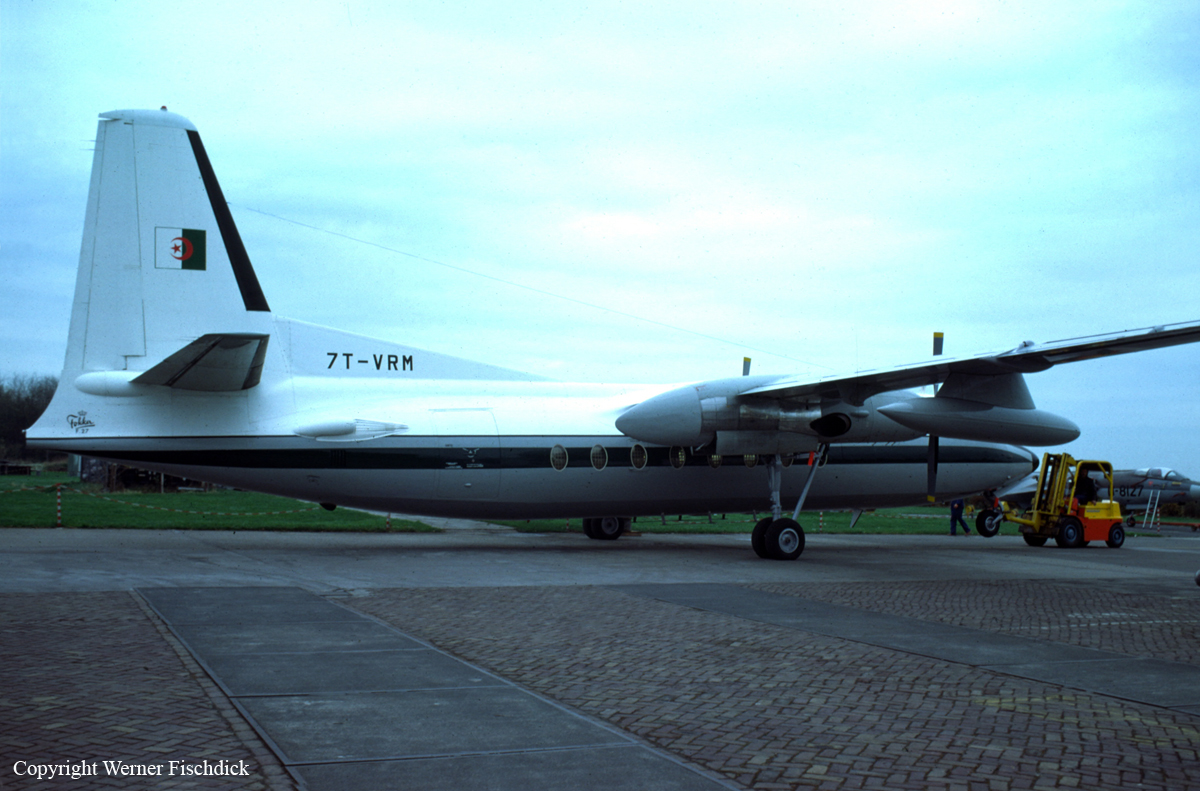 Crash of a Beechcraft A90 King Air in Tamanrasset: 6 killed

Type of aircraft:
Beechcraft 90 King Air
Operator:
Bernard Bouchayer
Registration:
N707CE
Flight Phase:
Landing (descent or approach)
Flight Type:
Private
Survivors:
No
Site:
Airport (less than 10 km from airport)
Schedule:
Lyon – Algiers – Tamanrasset – Niamey – Port Harcourt – Libreville – Luanda
MSN:
LJ-314
YOM:
1967
Location:
Tamanrasset
Tamanrasset
Country:
Algeria
Region:
Africa
Crew on board:
1
Crew fatalities:
Pax on board:
5
Pax fatalities:
Other fatalities:
Total fatalities:
6
Circumstances:
The twin engine aircraft departed Lyon on a flight to Luanda, Angola, with intermediate stops in Algiers, Tamanrasset, Niamey, Port Harcourt and Libreville, carrying five passengers and one pilot. On final approach to Tamanrasset Airport by night, the aircraft stalled and crashed 4,300 meters short of runway 21. The aircraft was destroyed upon impact and all six occupants were killed.
Probable cause:
It was determined that the pilot was on duty since 14 hours without any rest time. He obtained his licence on this aircraft the day prior to the accident and completed a test flight in Brussels before returning to Lyon to start the flight to Angola. Due to lack of experience and intense fatigue, the pilot failed to realize his approach speed was too low, causing the aircraft to stall at a too low altitude to expect recovery. 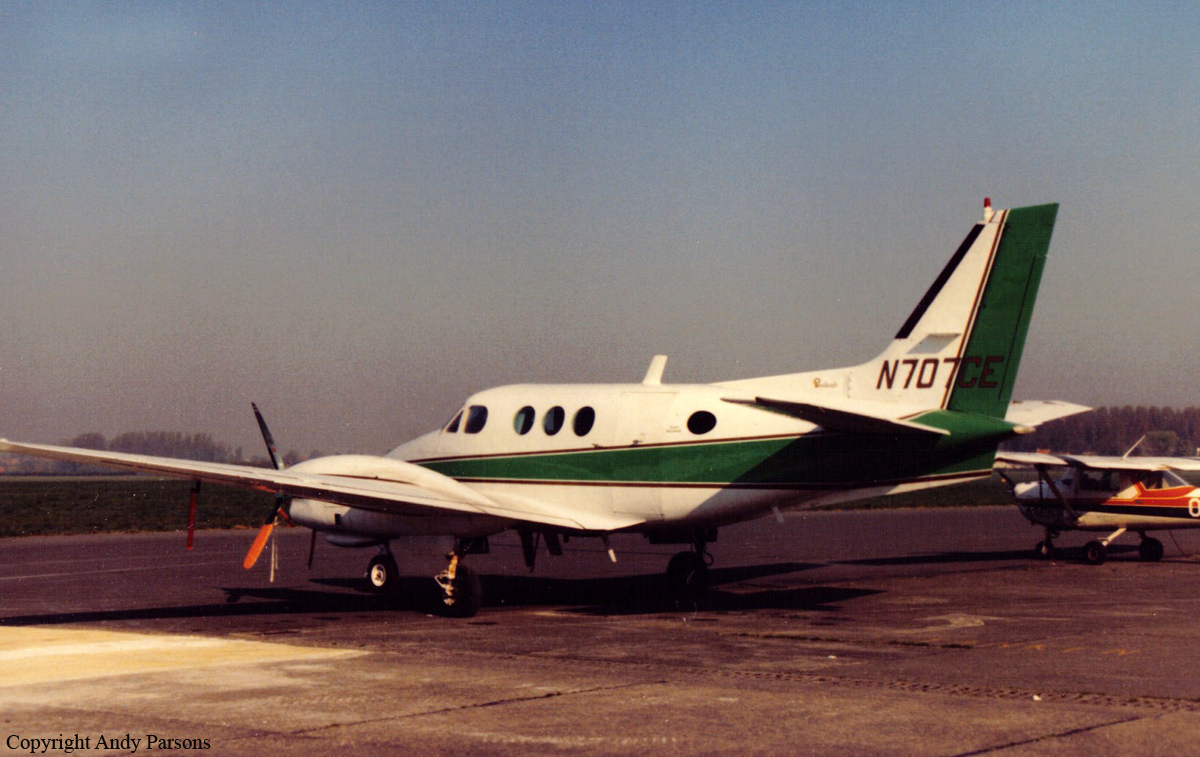 Crash of a Lockheed L-382G-51C Hercules in Tamanrasset 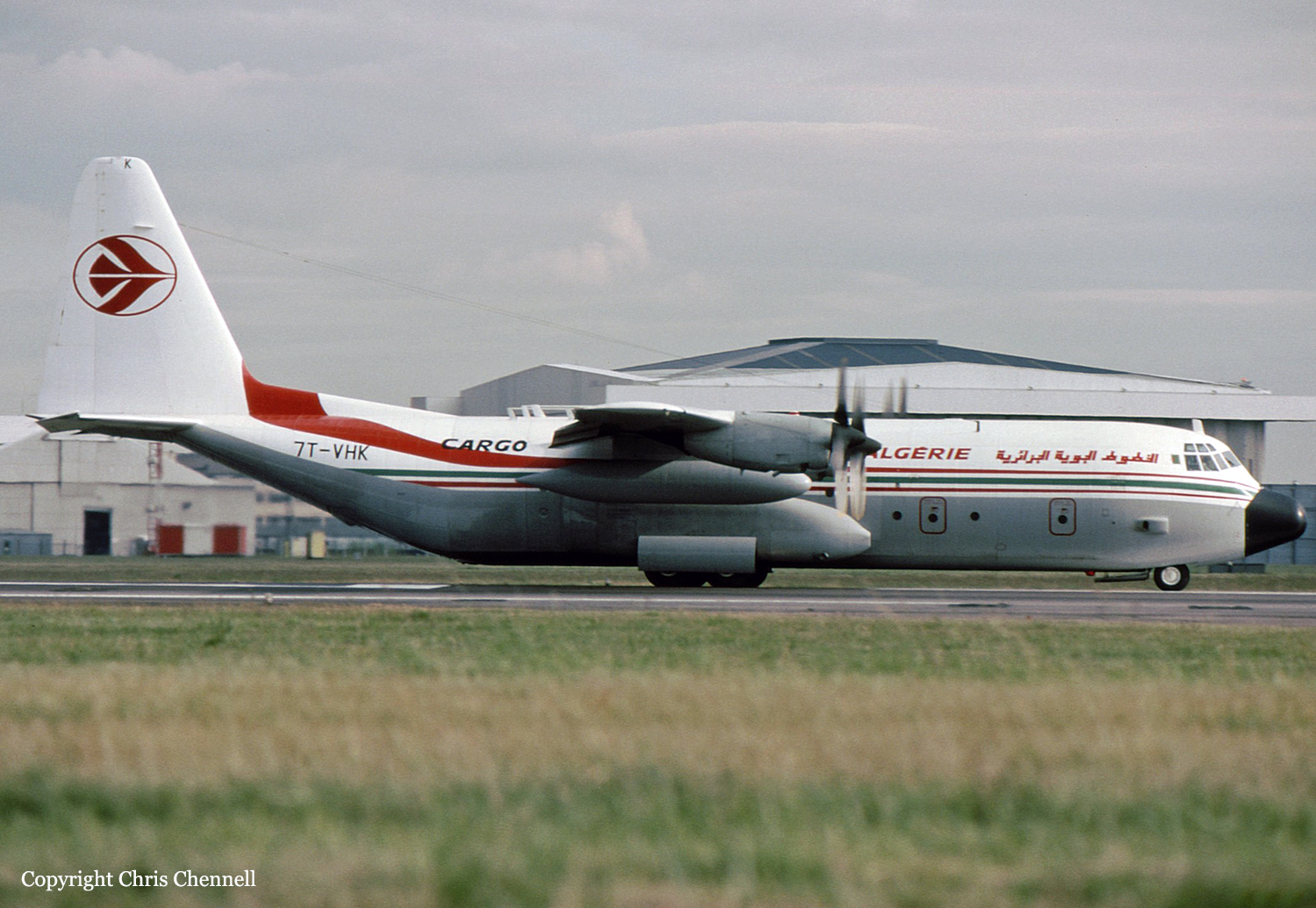 Crash of a Learjet 55 Longhorn near Jakiri: 9 killed

Type of aircraft:
Learjet 55 Longhorn
Operator:
Aero France
Registration:
F-GDHR
Flight Phase:
Flight
Flight Type:
Charter/Taxi (Non Scheduled Revenue Flight)
Survivors:
No
Site:
Mountains
Schedule:
Brazzaville – Tamanrasset – Paris
MSN:
55-070
YOM:
1982
Location:
Jakiri
Northwest
Country:
Cameroon
Region:
Africa
Crew on board:
2
Crew fatalities:
Pax on board:
7
Pax fatalities:
Other fatalities:
Total fatalities:
9
Circumstances:
The aircraft departed Brazzaville Airport on a charter flight to Paris-Le Bourget with an intermediate stop in Tamanrasset, Algeria, carrying seven passengers and two pilots. While cruising at FL390 in good weather conditions, the airplane went out of control, entered a dive and crashed in a mountainous area located in the region of Jakiri. The crew did not send any distress message. The wreckage was found few hours later in an isolated area. All nine occupants were killed, among them the French politician and businessman Michel Baroin, CEO of FNAC Group. He was returning to Paris following an official meeting with the Congolese President Denis Sassou-Nguesso.
Probable cause:
The exact cause of the loss of control could not be determined. 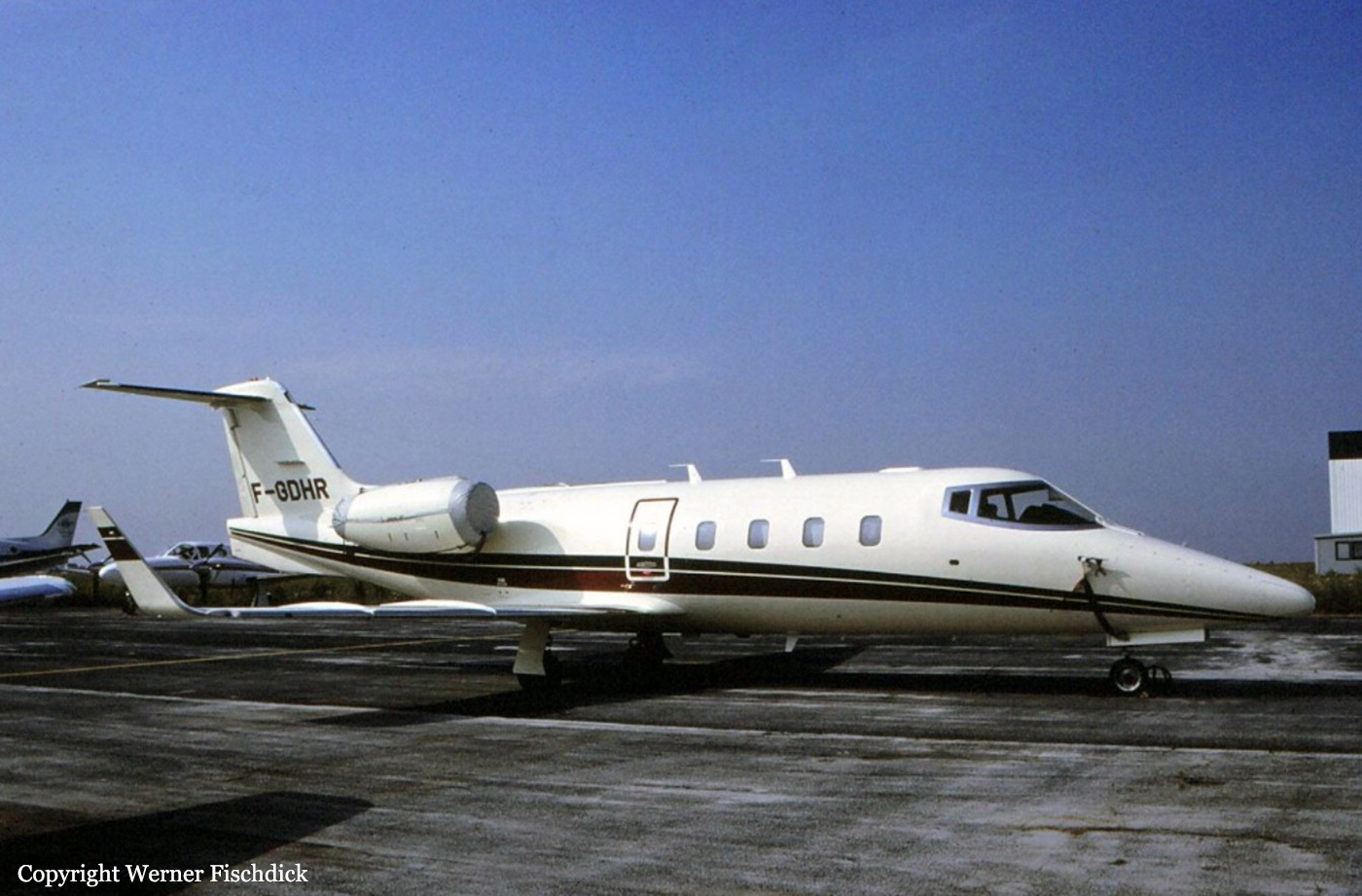 Crash of a Douglas C-49J in Tamanrasset 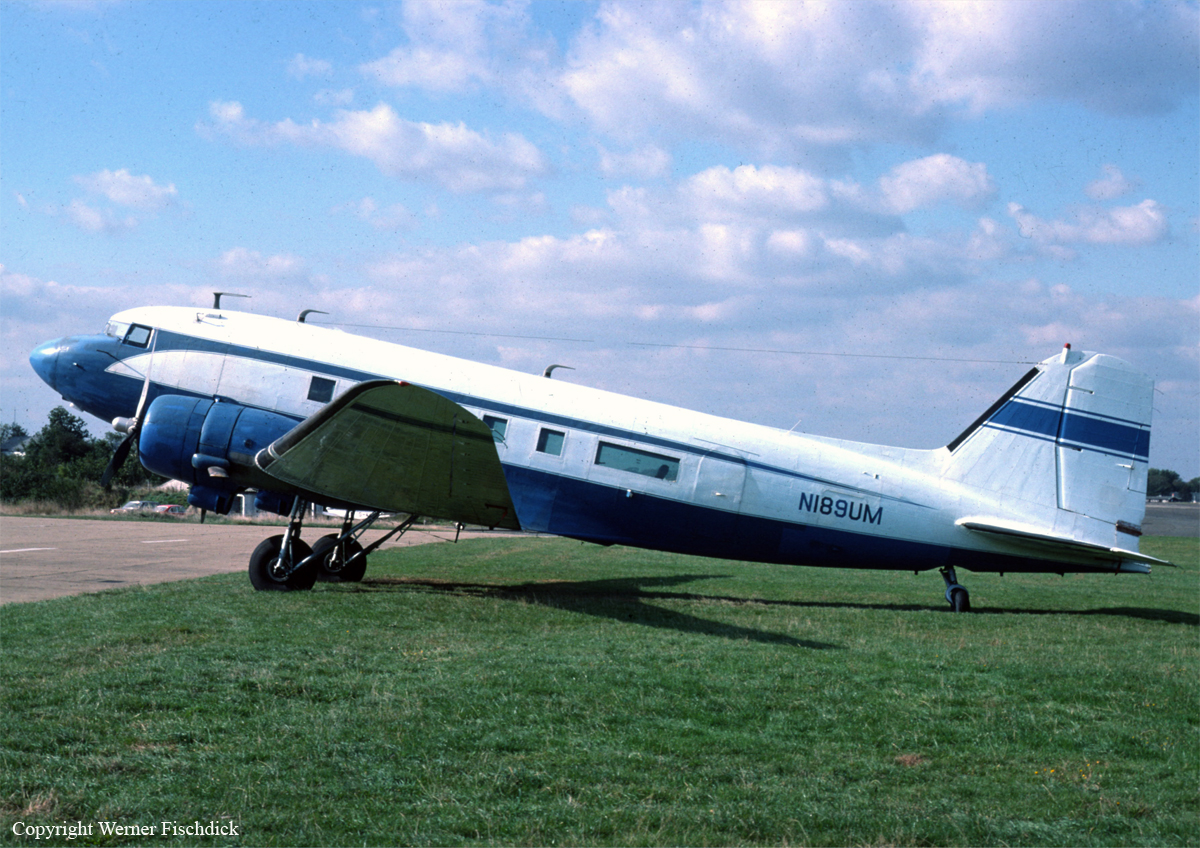