Crash of a Cessna 208B Grand Caravan in Clonbullogue: 2 killed

Registration:
G-KNYS
Flight Phase:
Flight
Flight Type:
Skydiving / Paratroopers
Survivors:
No
Site:
Airport (less than 10 km from airport)
Schedule:
Clonbullogue - Clonbullogue
MSN:
208B-1146
YOM:
2005
Location:
Clonbullogue
Leinster
Country:
Ireland
Region:
Europe
Crew on board:
1
Crew fatalities:
Pax on board:
1
Pax fatalities:
Other fatalities:
Total fatalities:
2
Captain / Total flying hours:
2157
Aircraft flight hours:
4670
Aircraft flight cycles:
6379
Circumstances:
The Cessna 208B aircraft took off from Runway 27 at Clonbullogue Airfield (EICL), Co. Offaly at approximately 13.14 hrs. On board were the Pilot and a Passenger (a child), who were seated in the cockpit, and 16 skydivers, who occupied the main cabin. The skydivers jumped from the aircraft, as planned, when the aircraft was overhead EICL at an altitude of approximately 13,000 feet. When the aircraft was returning to the airfield, the Pilot advised by radio that he was on ‘left base’ (the flight leg which precedes the approach leg and which is normally approximately perpendicular to the extended centreline of the runway). No further radio transmissions were received. A short while later, it was established that the aircraft had impacted nose-down into a forested peat bog at Ballaghassan, Co. Offaly, approximately 2.5 nautical miles (4.6 kilometres) to the north-west of EICL. The aircraft was destroyed. There was no fire. The Pilot and Passenger were fatally injured.
Probable cause:
Impact with terrain following a loss of control in a steeply banked left-hand turn. The following contributing factors were reported:
- The steeply banked nature of the turn being performed,
- Propeller torque reaction following a rapid and large increase in engine torque,
- The aircraft’s speed while manoeuvring during the steeply banked turn,
- Insufficient height above ground to effect a successful recovery.
Final Report: 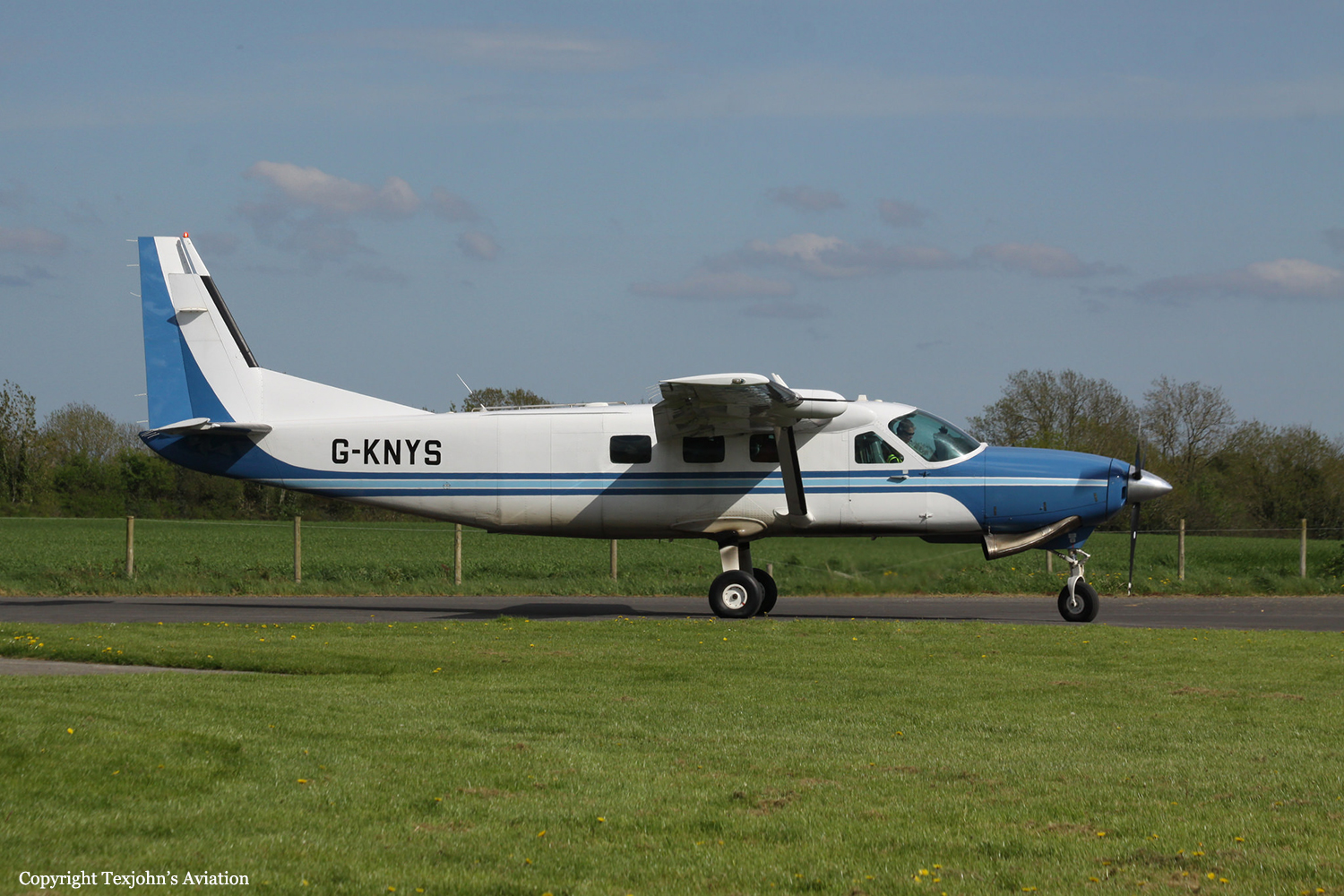 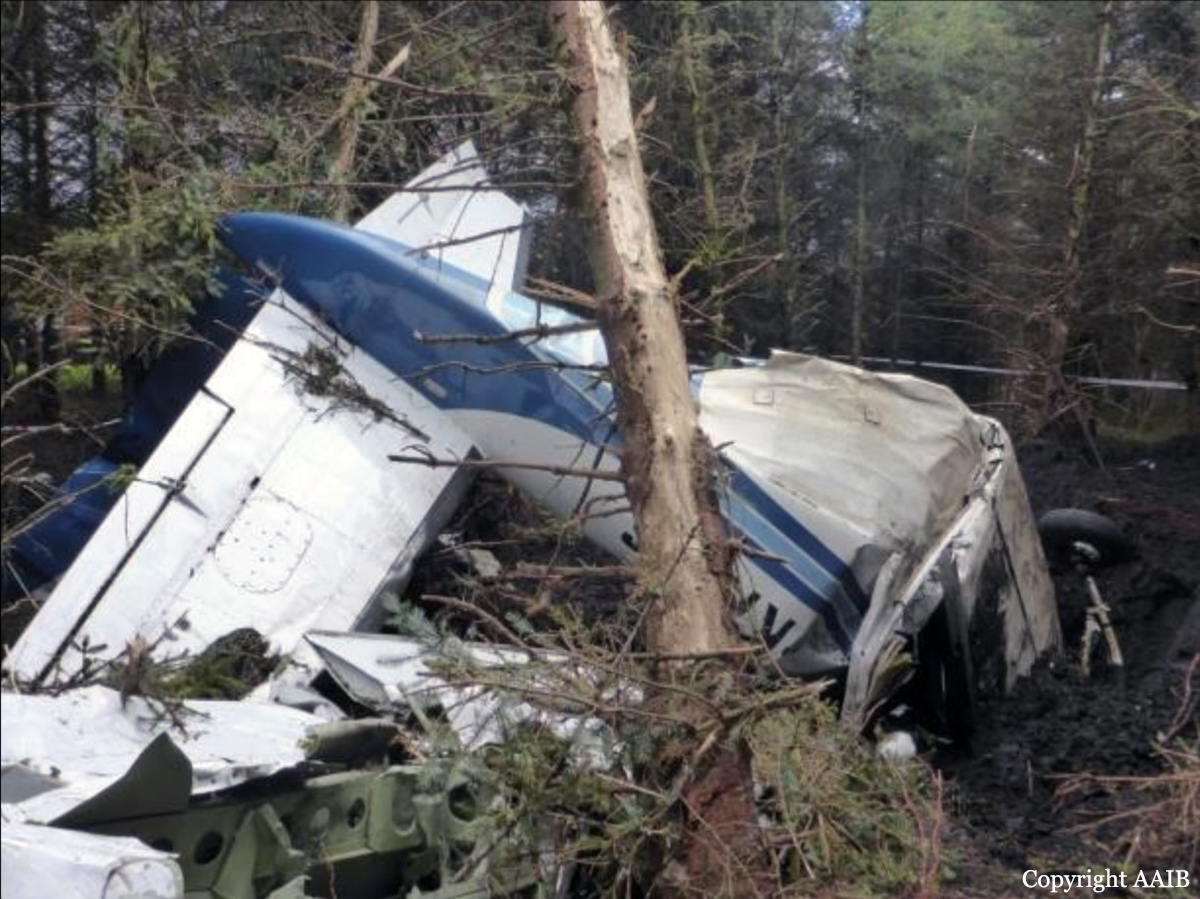 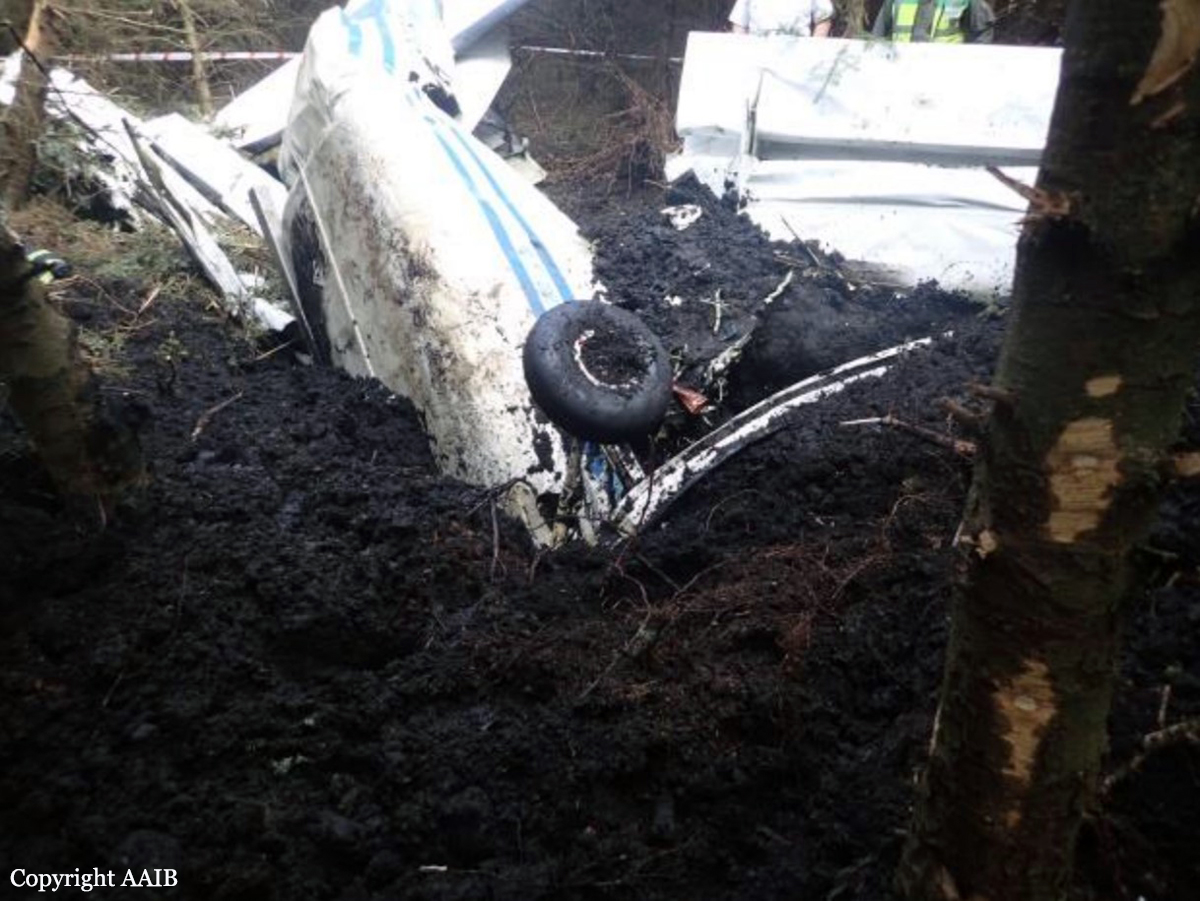 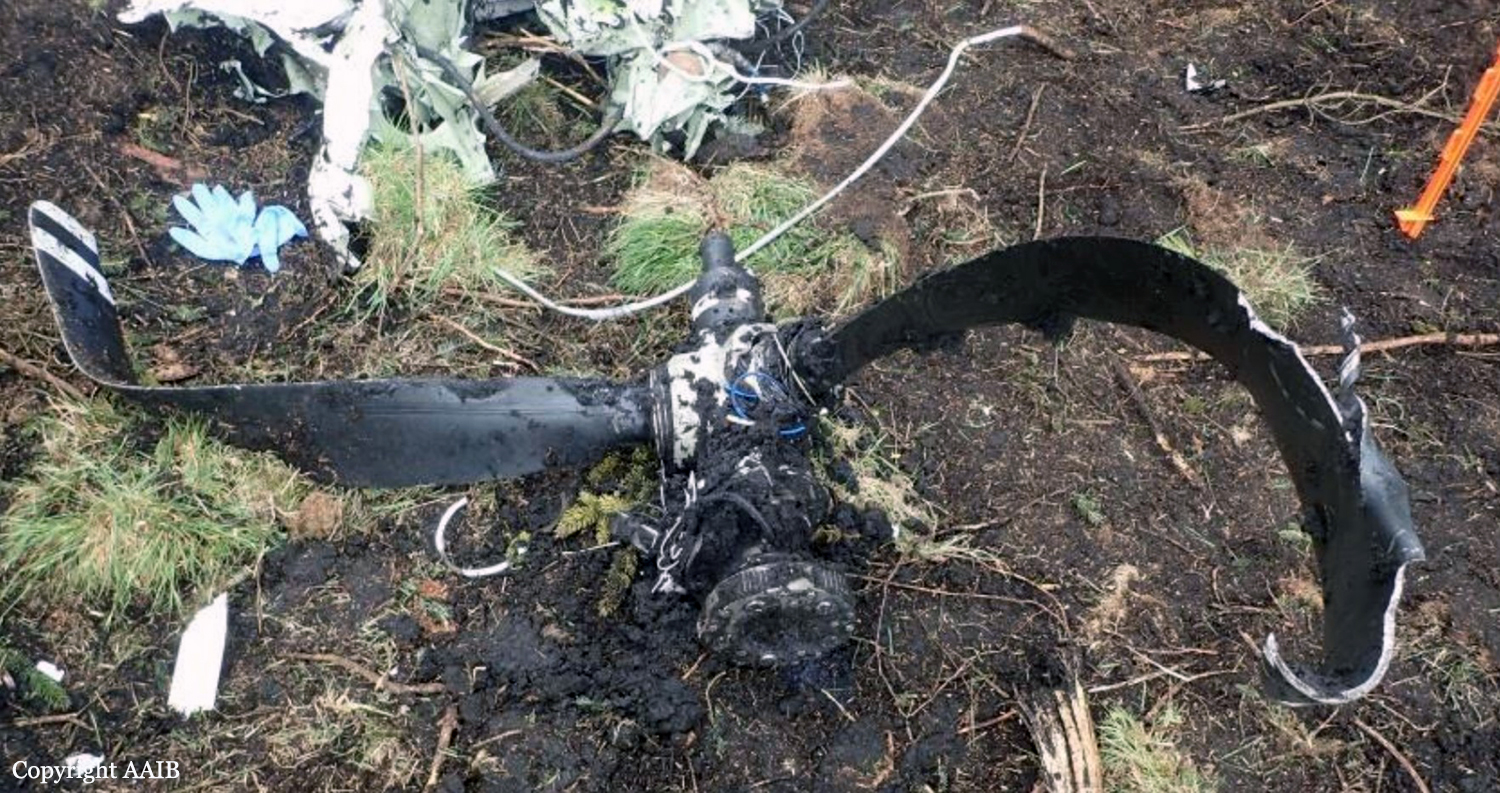 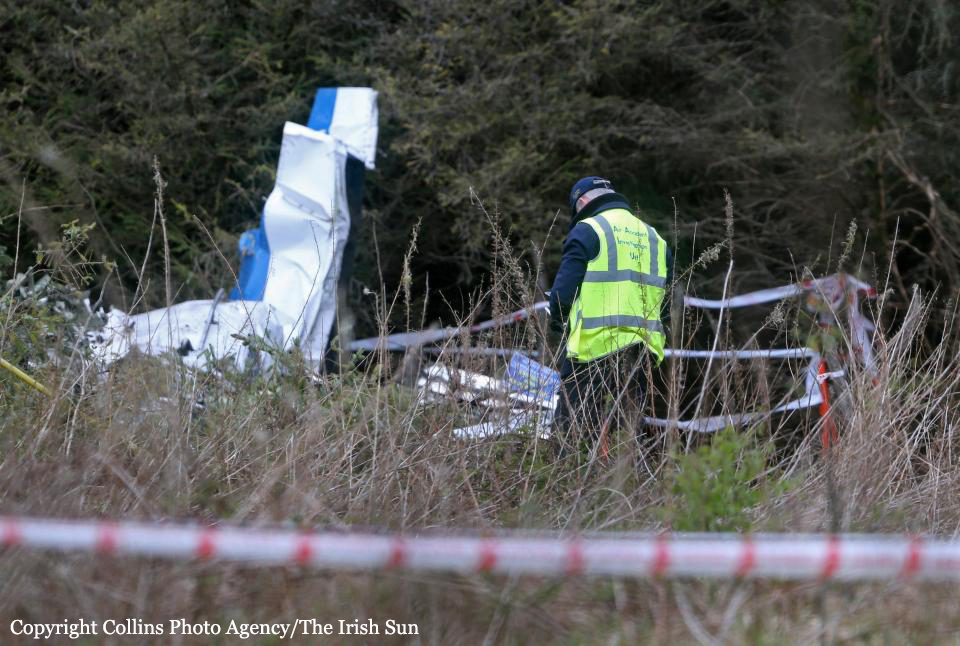 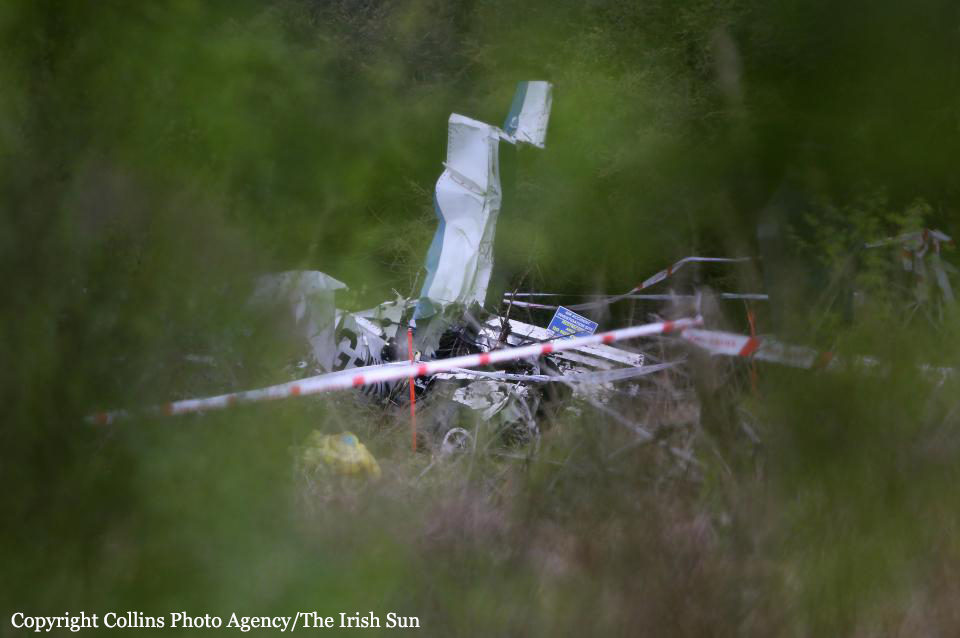 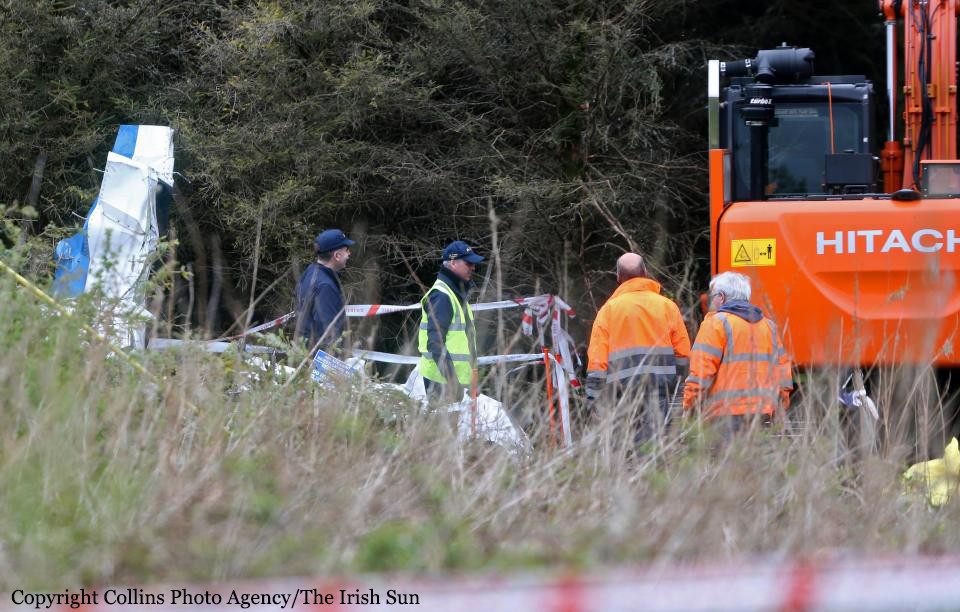 Registration:
236
Flight Phase:
Takeoff (climb)
Flight Type:
Positioning
Survivors:
Yes
Site:
Airport (less than 10 km from airport)
Schedule:
Baldonnel - Baldonnel
MSN:
25256
YOM:
1971
Location:
Baldonnel-Casement AFB (Dublin)
Leinster
Country:
Ireland
Region:
Europe
Crew on board:
3
Crew fatalities:
Pax on board:
0
Pax fatalities:
Other fatalities:
Total fatalities:
0
Circumstances:
The crew was supposed to fly to UK for scheduled maintenance. During the takeoff roll at Baldonnel-Casement Airbase, the airplane collided with a flock of birds. The takeoff procedure was abandoned and the pilot initiated an emergency braking procedure. Unable to stop within the remaining distance, the airplane overran and came to rest. All three crew members escaped uninjured while the aircraft was damaged beyond repair.
Probable cause:
Bird strike on takeoff. 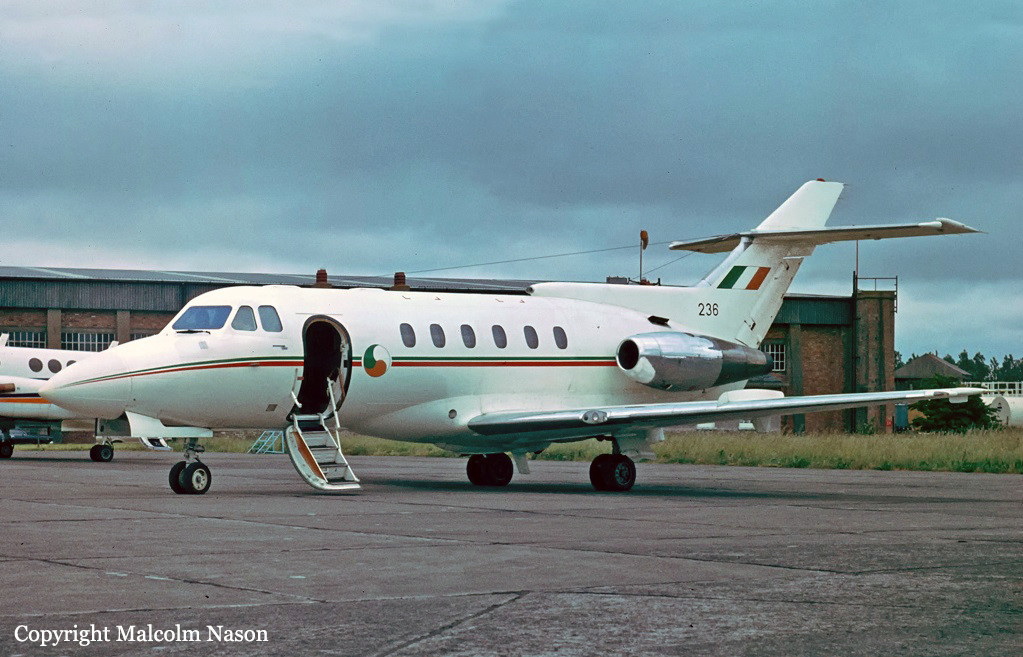 Crash of a Vickers 803 Viscount off Wexford: 61 killed 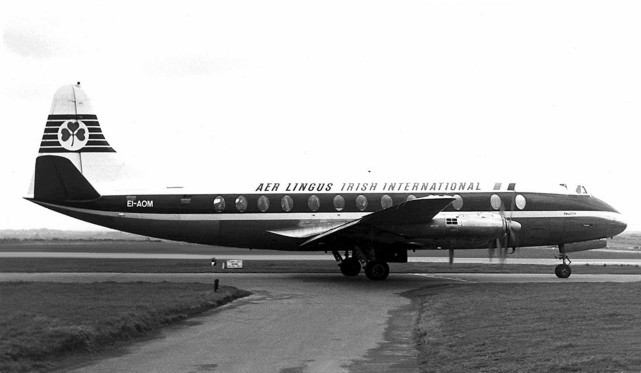 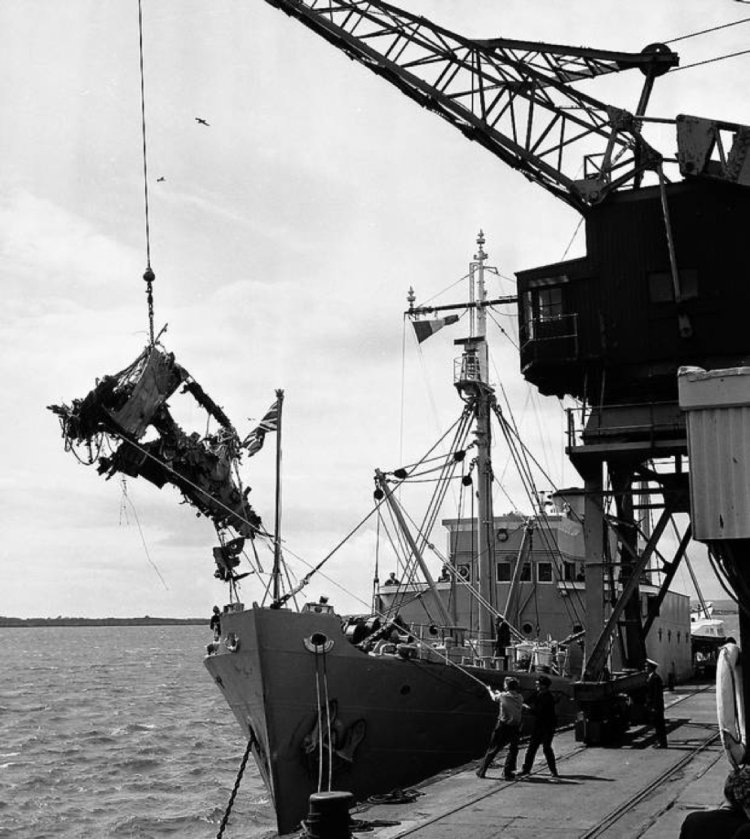 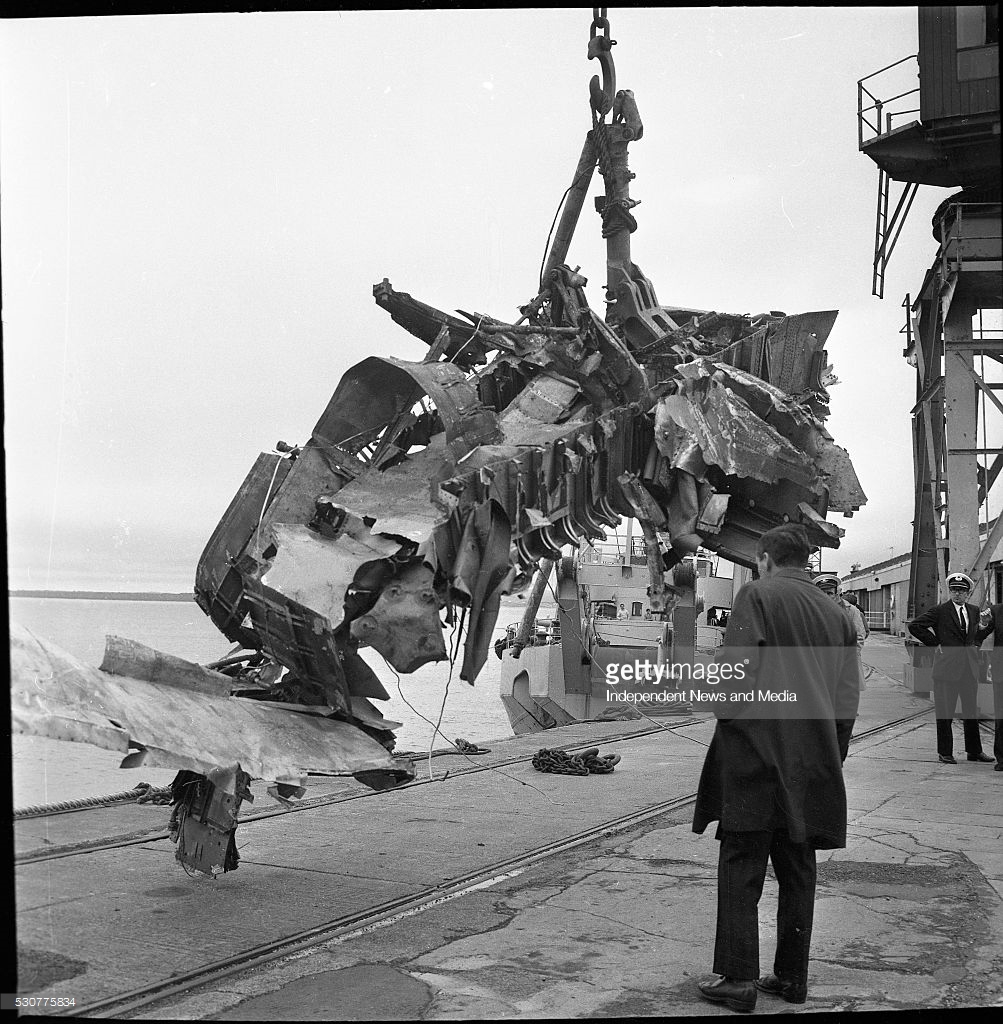 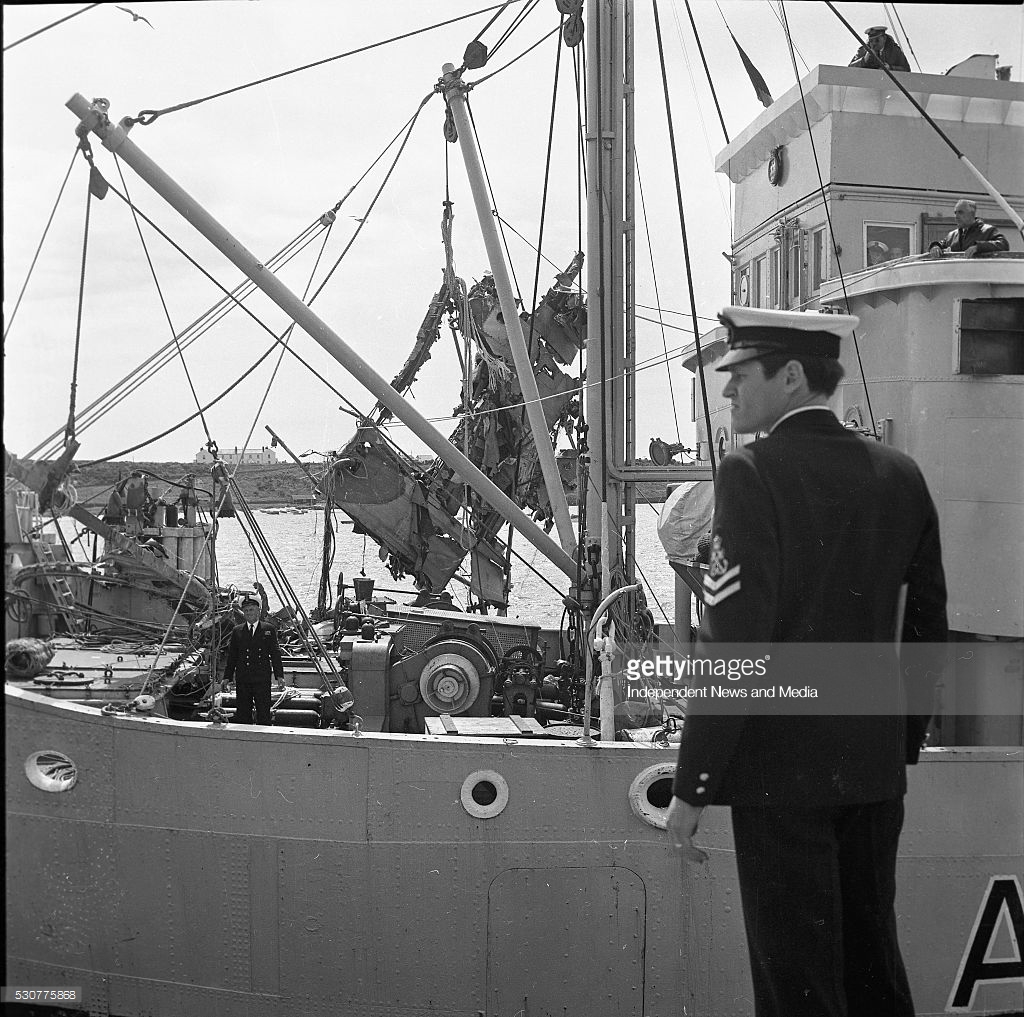 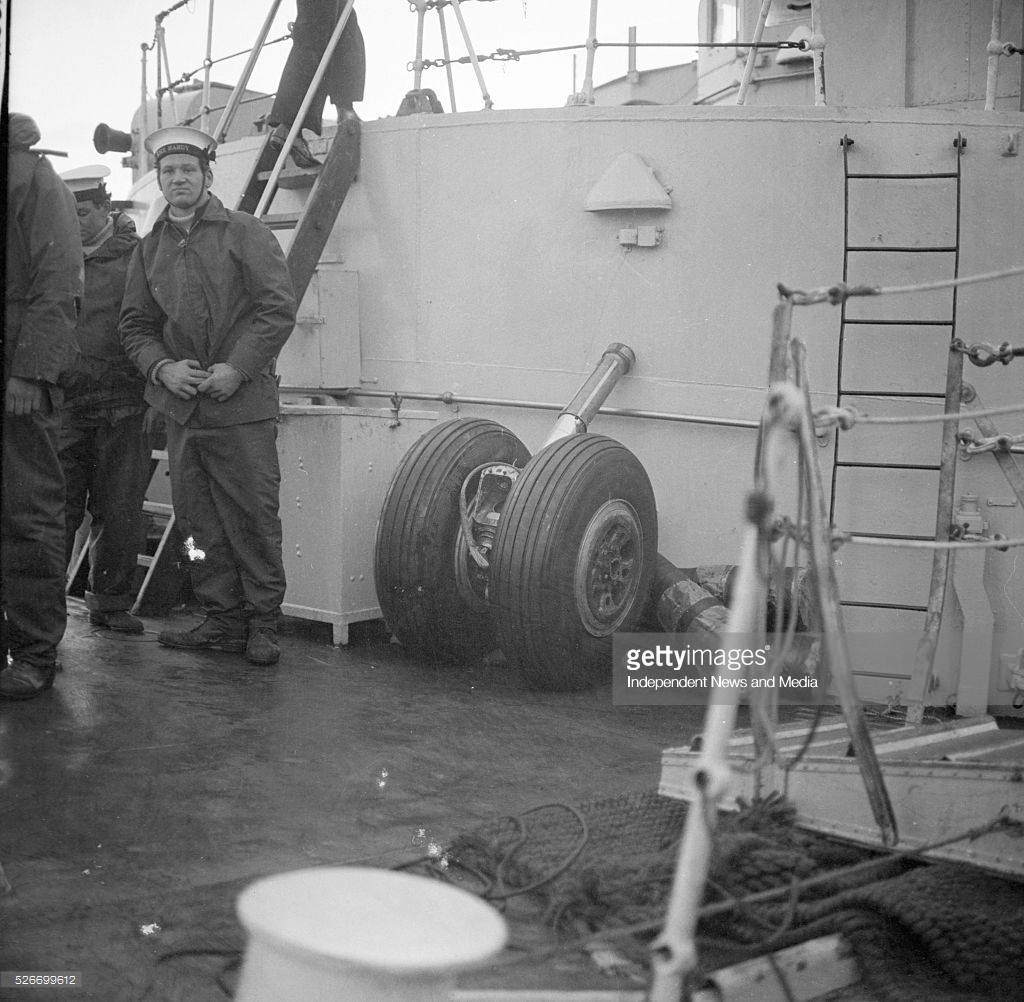 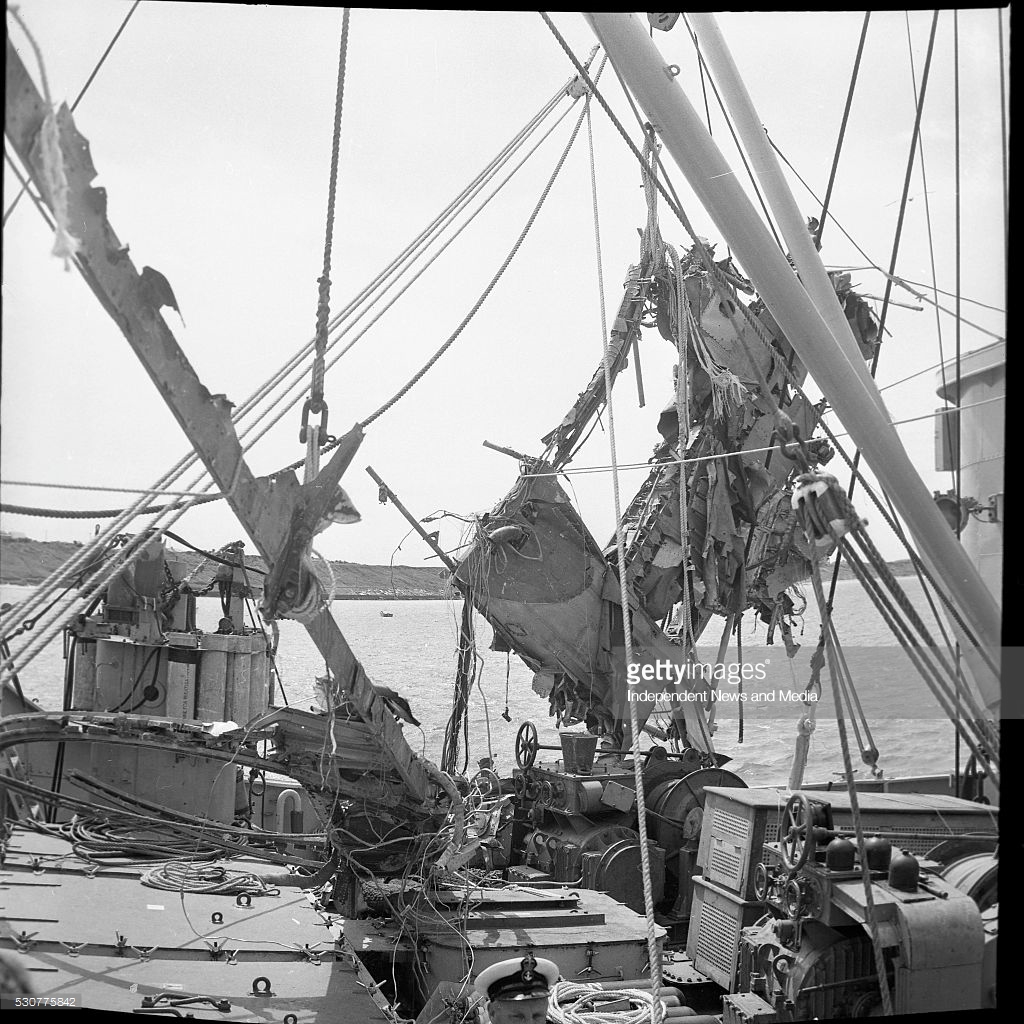 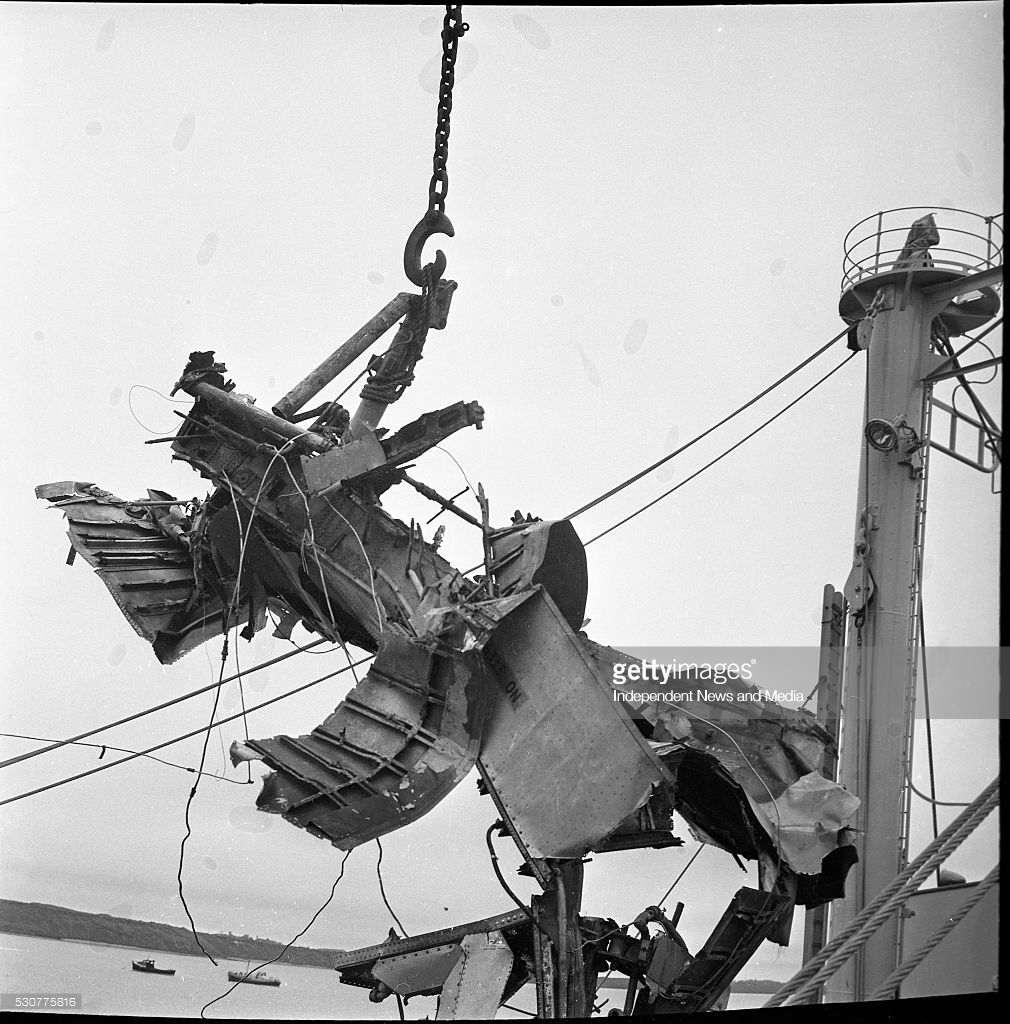 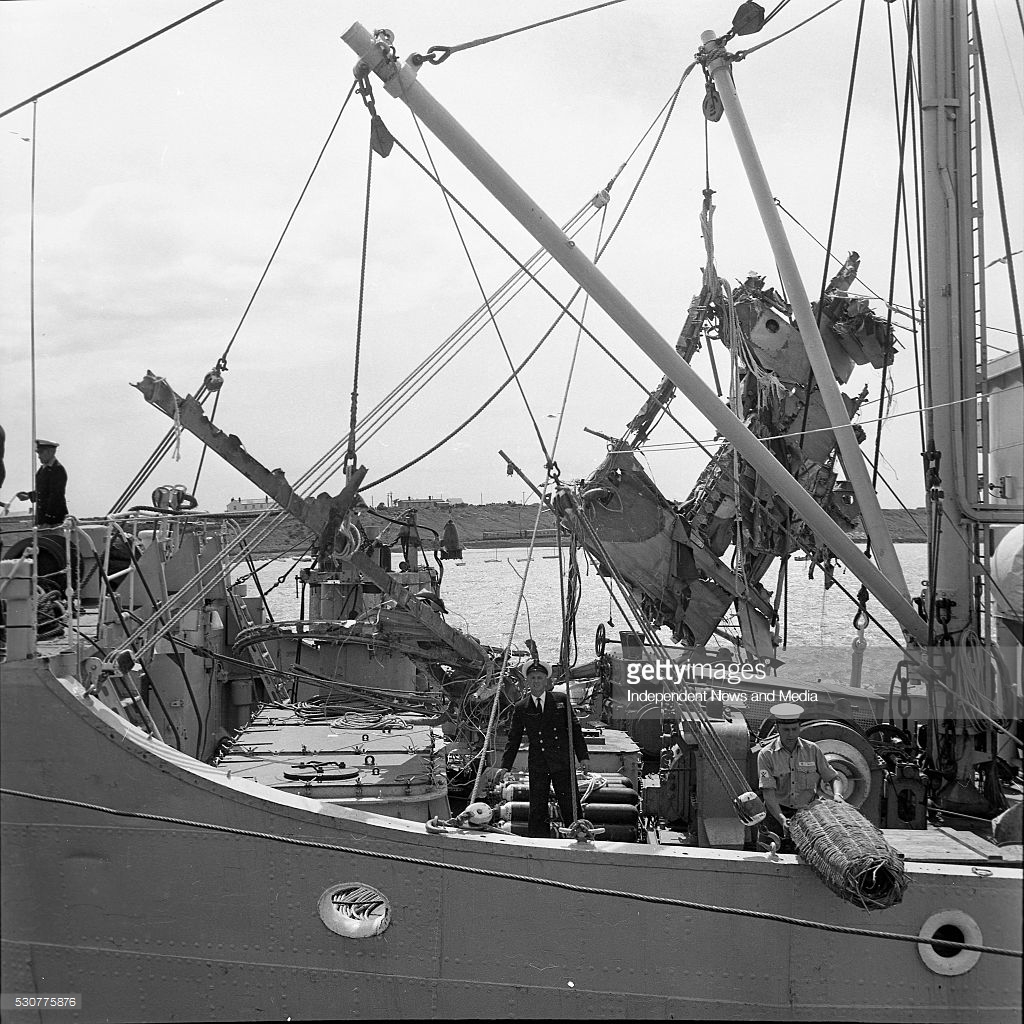 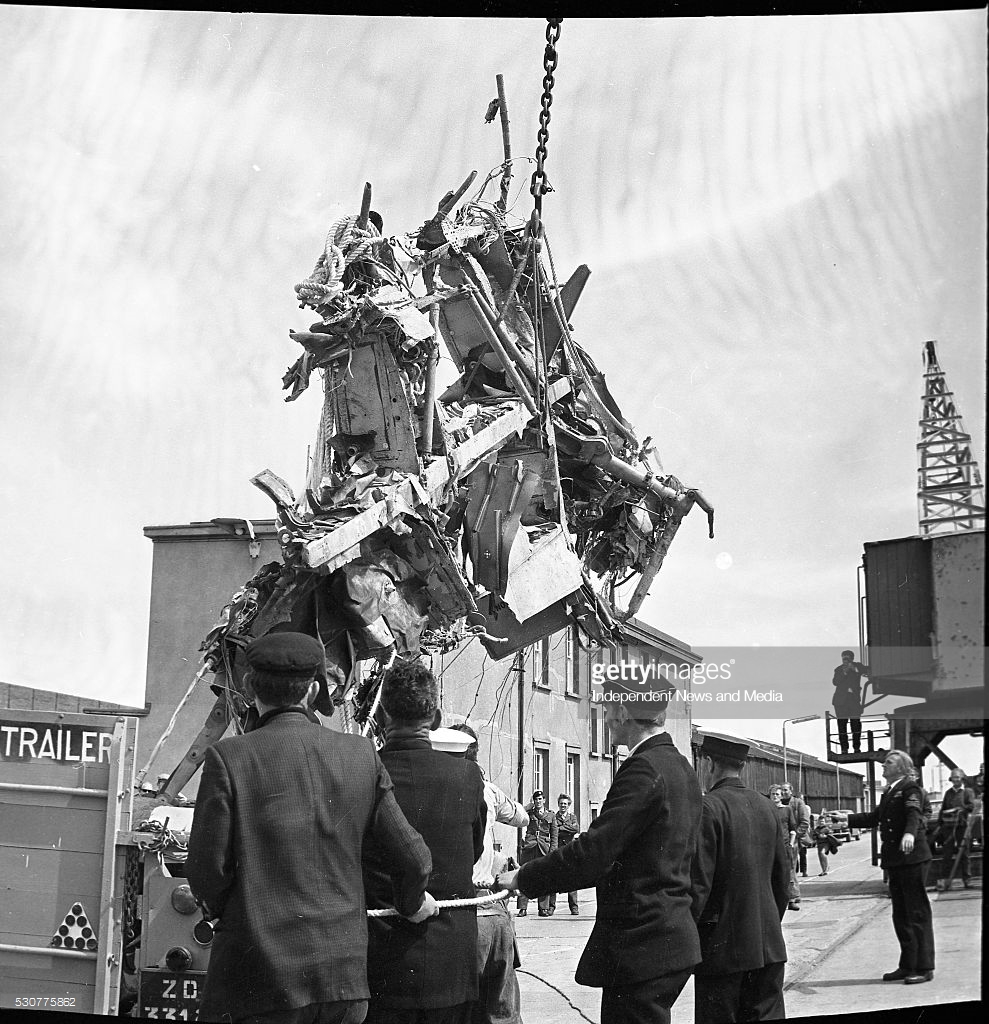 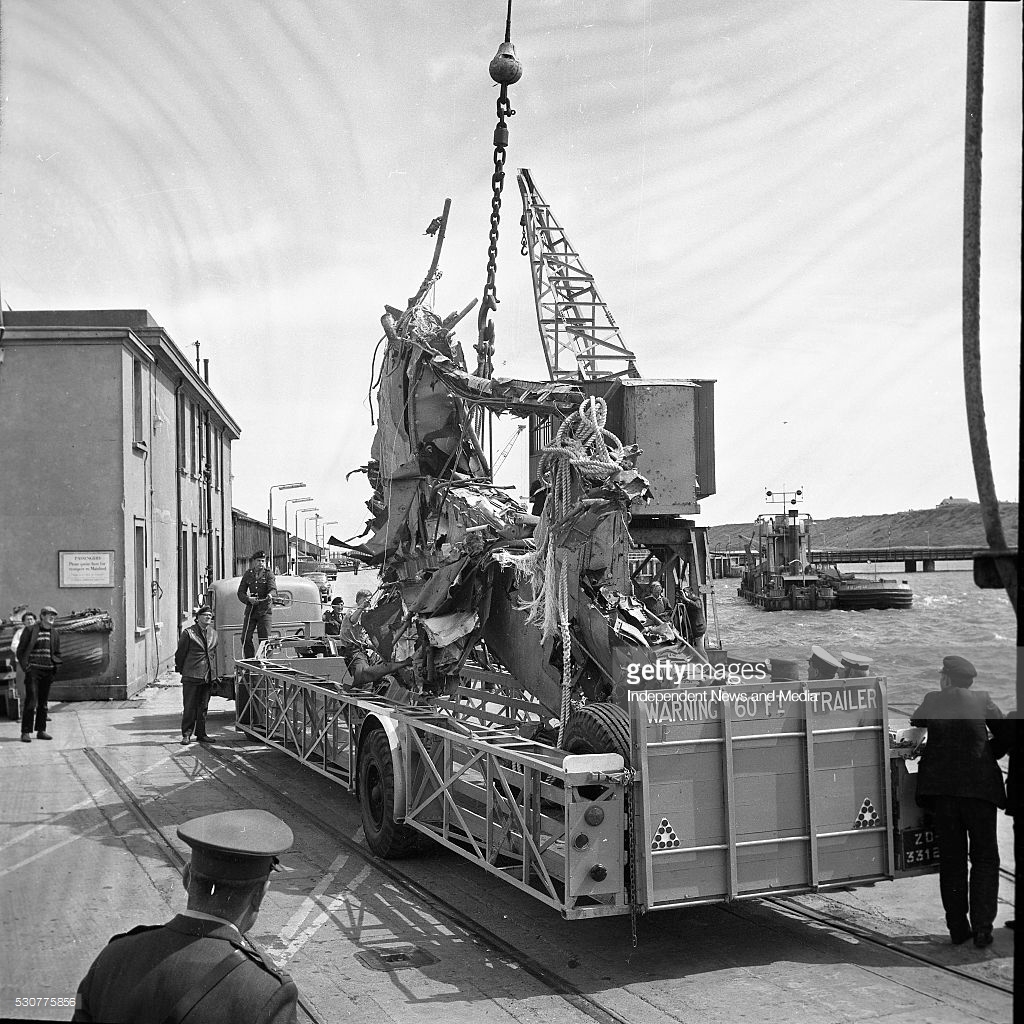 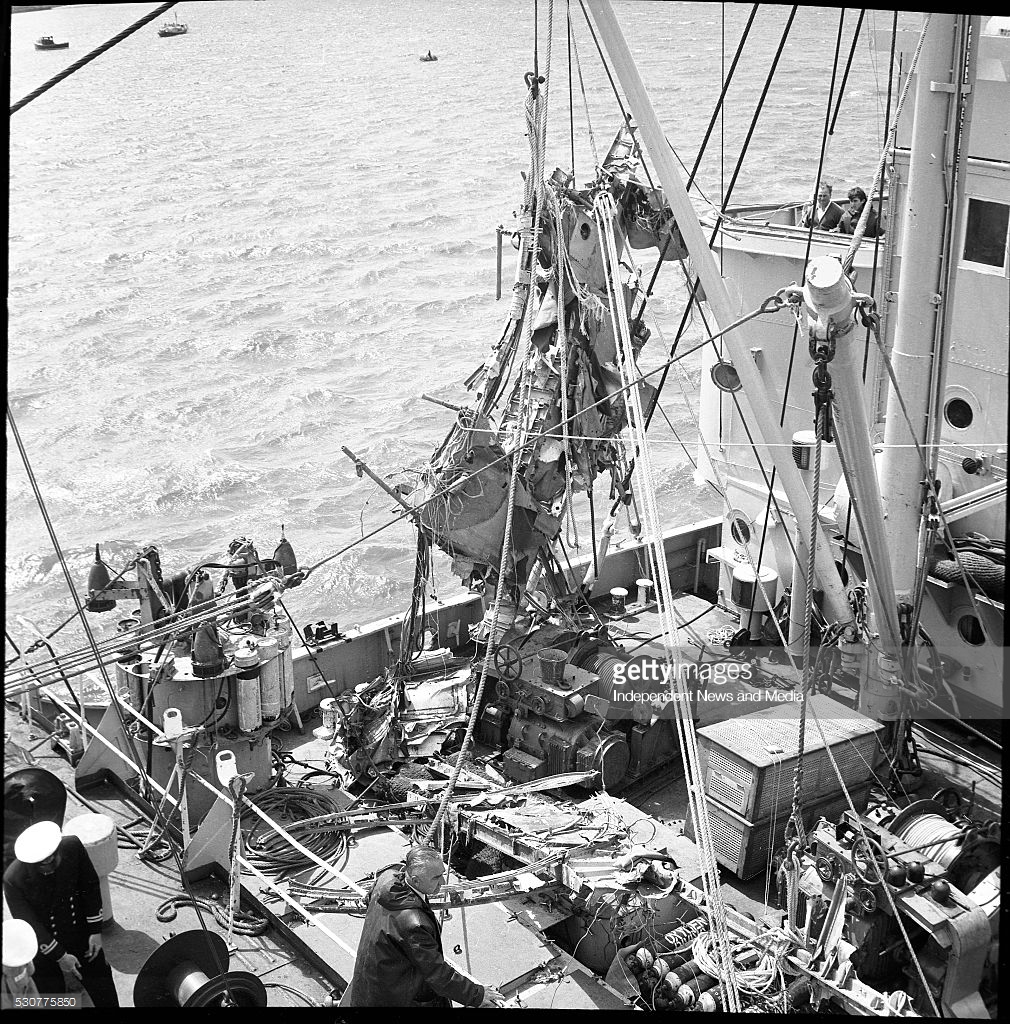 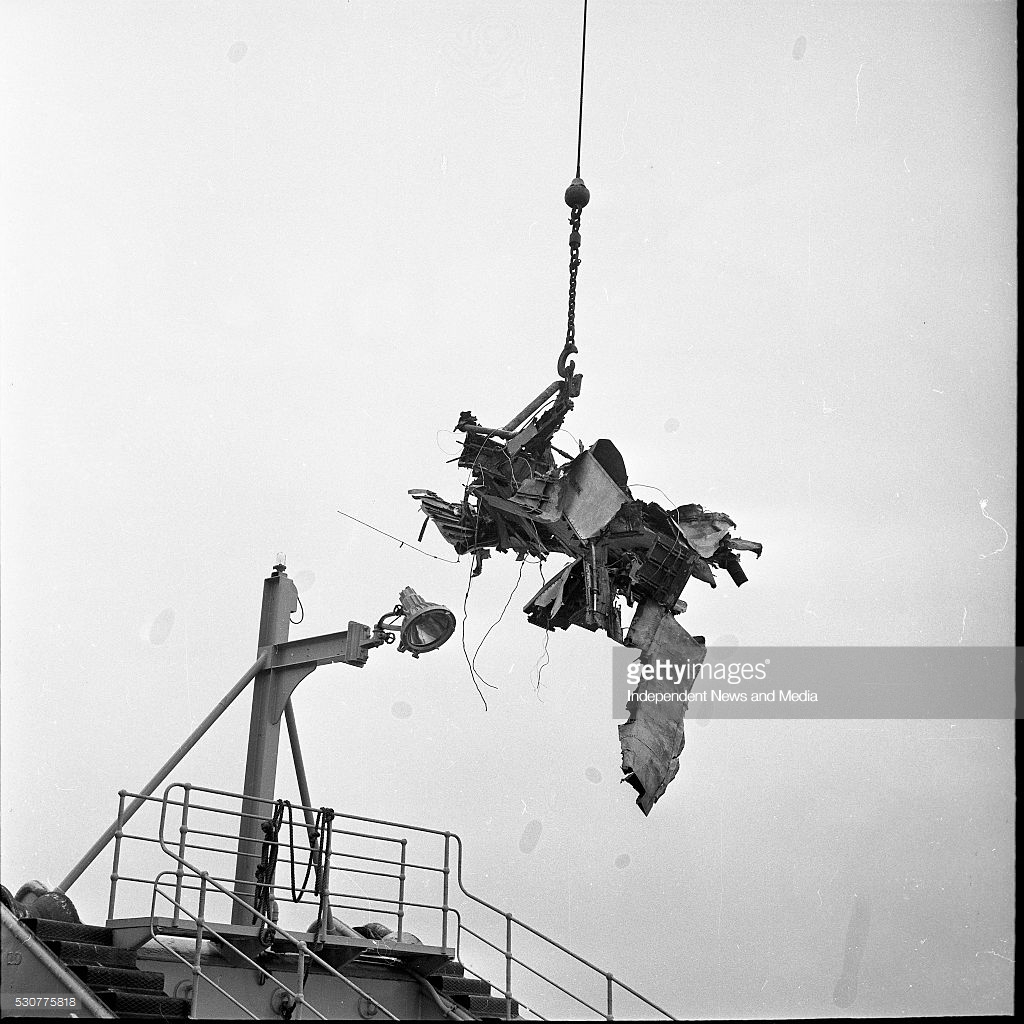 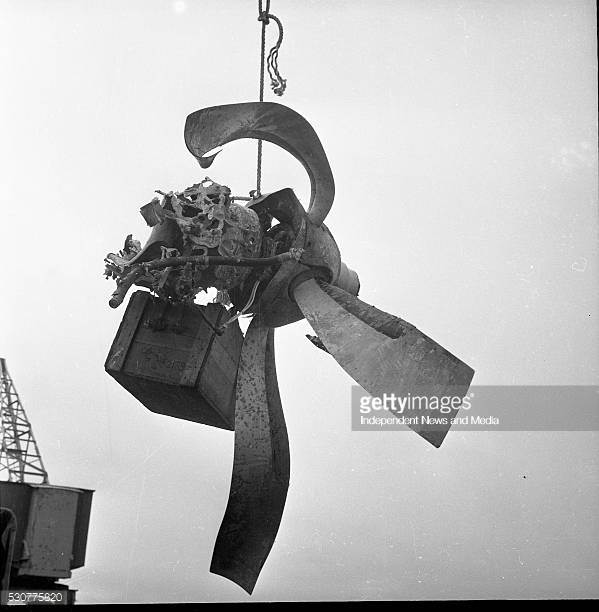 Crash of a Vickers 803 Viscount in Ashbourne: 3 killed

Registration:
EI-AOF
Flight Phase:
Landing (descent or approach)
Flight Type:
Training
Survivors:
No
Site:
Plain, Valley
Schedule:
Dublin - Dublin
MSN:
176
YOM:
1957
Location:
Ashbourne
Leinster
Country:
Ireland
Region:
Europe
Crew on board:
3
Crew fatalities:
Pax on board:
0
Pax fatalities:
Other fatalities:
Total fatalities:
3
Aircraft flight hours:
17447
Circumstances:
The Viscount had departed Dublin at 06:44 GMT for a pilot conversion training flight on an IFR flight plan. The instructor planned to spend 2 hours in a sector NW of Dublin, followed by practicing circuits and landings for one hour. Eyewitnesses reported seeing the aircraft entering a vertical dive from low altitude. The plane crashed and caught fire. All three crew members were killed.
Source: ASN
Probable cause:
An unintentional stall and incipient spin at a low altitude from which recovery was not possible. There is not enough evidence to determine the circumstances leading to the stall and incipient spin but the behaviour of the aircraft in the final stages was such as to indicate that it was not under control of the flight instructor.

Registration:
EI-APM
Flight Phase:
Landing (descent or approach)
Flight Type:
Cargo
Survivors:
No
Site:
Airport (less than 10 km from airport)
Schedule:
Glasgow - Dublin
MSN:
13076
YOM:
1951
Flight number:
QT612
Location:
Dublin
Leinster
Country:
Ireland
Region:
Europe
Crew on board:
2
Crew fatalities:
Pax on board:
0
Pax fatalities:
Other fatalities:
Total fatalities:
2
Circumstances:
Upon landing on runway 17 at Dublin Airport, the airplane seemed to be uncontrollable and bounced 3-4 times. The captain decided to abandon the landing, attempted a go around and increased engine power. After takeoff, while climbing to a height of approximately 50 feet, the airplane turned to the left when it stalled and crashed onto a hangar. The aircraft was destroyed and both crew members were killed. There were no injuries on the ground.
Probable cause:
The reason why the aircraft bounced on landing could not be determined with certainty. However, it was understood that the left engine partially lost power or failed during initial climb for unknown reason. This caused the aircraft to stall and to crash as the failure occurred at a critical stage of flight (low speed and low altitude).

Registration:
G-ARJY
Flight Phase:
Landing (descent or approach)
Flight Type:
Charter/Taxi (Non Scheduled Revenue Flight)
Survivors:
Yes
Site:
Airport (less than 10 km from airport)
Schedule:
Tarbes – Dublin
MSN:
10288
YOM:
1944
Location:
Dublin
Leinster
Country:
Ireland
Region:
Europe
Crew on board:
4
Crew fatalities:
Pax on board:
69
Pax fatalities:
Other fatalities:
Total fatalities:
0
Captain / Total flying hours:
6049
Captain / Total hours on type:
402.00
Copilot / Total flying hours:
14000
Copilot / Total hours on type:
4200
Aircraft flight hours:
31458
Circumstances:
G-ARJY was flying a chartered non- scheduled trip from Speke Airport, Liverpool to Tarbes Airport, Lourdes where passengers were to embark for Dublin, Ireland, Following a normal flight to Lourdes the aircraft was refuelled. The amount taken on appeared to be sufficient for the flight to Dublin. The aircraft was carrying 4 crew and 69 passengers. Take- off for Dublin was at 1710 hours, and the flight to Dublin Approach was uneventful. At 2035 the aircraft reported to Dublin Air Traffic Control and was informed of the local weather and of the runway in use. Subsequently, at 2058, it was cleared to land on runway 24, and the captain stated that he intended to make a visual approach. Shortly thereafter, at 2104 the flight reported having difficulty and that it was losing power. The captain abandoned the approach, swung the aircraft abruptly to the left and made a successful emergency wheels-up landing away from the airport. There was no fire. Although some occupants were slightly injured and shocked, there were no fatalities or serious injuries.
Probable cause:
The accident was attributed to incorrect management of the fuel system by the flight crew which resulted in partial Loss of power and control and a forced landing outside the airport.
Final Report: 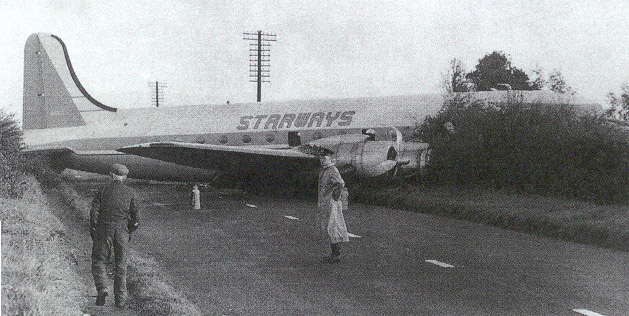 Crash of a Junkers JU.52/3m2e in Roundwood

Registration:
B-46
Flight Phase:
Flight
Flight Type:
Charter/Taxi (Non Scheduled Revenue Flight)
Survivors:
Yes
Site:
Mountains
Schedule:
Paris – Dublin
MSN:
1429
Location:
Roundwood
Leinster
Country:
Ireland
Region:
Europe
Crew on board:
4
Crew fatalities:
Pax on board:
23
Pax fatalities:
Other fatalities:
Total fatalities:
0
Circumstances:
The crew left Paris-Le Bourget at 0900LT in good weather conditions, bound for Dublin with 21 French girls and two attendants taking part to a camp in Ireland. While approaching Dublin from the south, the crew encountered poor weather conditions with low clouds and reduced visibility. The captain elected to gain height and pull up when the three engine aircraft hit the slope of a hill and crash landed. All 27 occupants were quickly rescued and unhurt while the aircraft was written off.

Crash of a Short S.25 Sunderland III in Corlea: 3 killed