Type of aircraft:
Embraer EMB-110 Bandeirante
Operator:
Selva Táxi Aéreo
Registration:
PT-LGN
Flight Phase:
Flight
Flight Type:
Scheduled Revenue Flight
Survivors:
Yes
Site:
Lake, Sea, Ocean, River
Schedule:
Manaus – Tefé
MSN:
110-343
YOM:
1982
Location:
Manacapuru
Amazonas
Country:
Brazil
Region:
South America
Crew on board:
3
Crew fatalities:
Pax on board:
24
Pax fatalities:
Other fatalities:
Total fatalities:
12
Captain / Total flying hours:
15000
Captain / Total hours on type:
8000.00
Copilot / Total flying hours:
2500
Copilot / Total hours on type:
2000
Circumstances:
The EMB-110 Bandeirante operated on a domestic flight from Manaus to Tefé, Brazil. Although the airplane was certificated for a maximum of 19 passengers, there were 25 passengers on board. Also, for financial reasons the crew decided to take more fuel than necessary for this flight. This resulted in the airplane departing with an excess of weight of 852 kg. About 20 minutes into the flight the oil pressure of the no. 2 engine dropped. The crew reduced engine power to 72% and continued to Tefé. When the flight was 185 km from Manaus at FL85 the oil pressure dropped to 40psi and the TGT increased. The copilot shut down the engine and the captain turned the airplane around, back to Manaus. At 13:15 the crew contacted Manaus ACC reporting that they were returning on one engine. The overloaded airplane flying on one engine, began to lose height. During the descent the speed was kept around 105 kts which occasionally caused activated stick shaker. To lose weight, the left overwing exit was opened and luggage of the passengers was jettisoned. The airplane did not make it to Manaus and an emergency landing on the Manacapuru River was made. The Bandeirante landed hard on the water, causing an opening in the fuselage. It sank quickly.
Probable cause:
The following factors were identified:
- It was not possible to examine the debris of the aircraft to determine the contribution of this factor to the failure of the left engine.
- It is possible that the failure to carry out a type B2 inspection and/or to carry out a type A1 inspection by an unqualified person may have contributed to the occurrence of a low oil pressure emergency, due to material deterioration or inadequate services. The impossibility of examining the aircraft could not determine this aspect.
- The owner of the air taxi company participated due to lack of adequate supervision in the planning of operations, at the technical, operational and administrative levels. This deficiency can be characterized, among other things, by the owner of the company that allowed the aircraft to fly with the type B2 inspection expired; by the excessive amount of fuel, when refueling in Manaus; by the unreasonable number of people on board, causing the aircraft to fly with excess weight, and still, by the receipt of pilots' salary to be conditioned to the accomplishment of the fateful flight.
- Errors were made by the aircraft crew due to the improper use of the resources available in the cabin, intended for the operation of the aircraft, due to non-compliance with operational rules.
- There was a mistake made by the crew due to the inadequate preparation for the flight, assuming numerous failures, such as: the non conference, by the pilots, of the cargo and passengers manifest; the lack of the realization of a briefing and still, to accept an aircraft for a flight, being the same with its inspection not carried out.
- An error was made by the crew due to inadequate evaluation of certain aspects of the flight. Such deficiency was evidenced when the first sign of failure of the lubrication system occurred, after twenty minutes of flight, and even so, they decided to proceed with the flight, when the most sensible and safe would be the return, immediately, to Manaus.
- The airline's support staff participated in the planning of weight and balance of the aircraft and the number of passengers on board, providing incorrect information to the aircraft's crew members. In addition, the mechanic who performed the A1 type inspection was not qualified for the function.
- There has been intentional non-compliance by the crew members with the operational rules established by the aircraft manufacturer.
- The Commander did not foresee what was predictable, for lack of caution, thus intentionally increasing the risk margin of the mission.
Final Report: 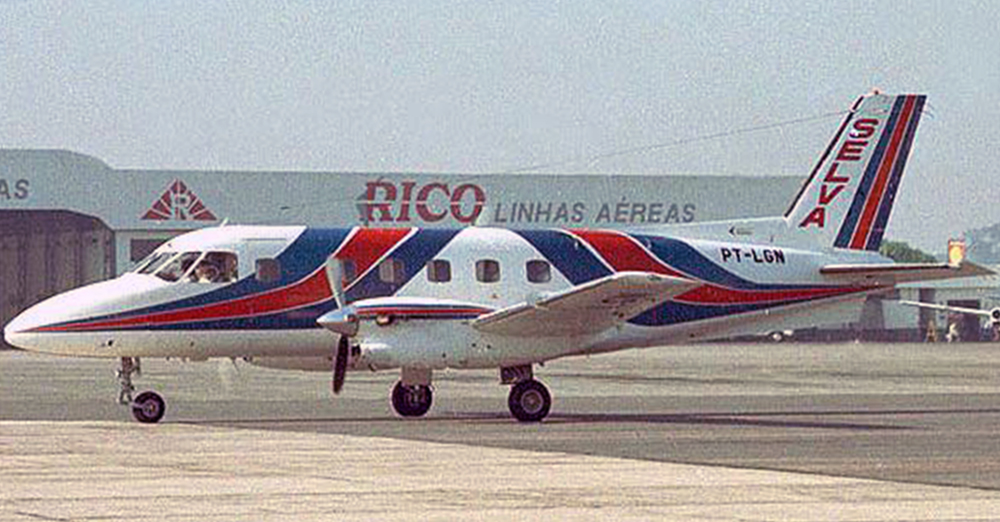 Crash of a Cessna 650 Citation VI near Bogotá: 4 killed

Registration:
PT-TCP
Flight Phase:
Landing (descent or approach)
Flight Type:
Cargo
Survivors:
Yes
Site:
Airport (less than 10 km from airport)
Schedule:
Manaus - Miami
MSN:
19416
YOM:
1967
Location:
Manaus-Eduardo Gomes
Amazonas
Country:
Brazil
Region:
South America
Crew on board:
4
Crew fatalities:
Pax on board:
0
Pax fatalities:
Other fatalities:
Total fatalities:
0
Circumstances:
After liftoff from Manaus-Eduardo Gomes Airport runway 28, while in initial climb, the right main gear struck an element of the approach light system. An alarm sounded in the cockpit, informing the crew about landing gear problems. As the crew was unable to raise the landing gear, the captain informed ATC about the situation and was cleared to return for an emergency landing. Upon touchdown on runway 28, the right main gear collapsed. The aircraft slid for few dozen metres then veered off runway and came to rest in a ravine. All five occupants escaped uninjured while the aircraft was damaged beyond repair.
Probable cause:
It was reported that the crew adopted a wrong takeoff configuration and that the rate of climb and gradient were too low after takeoff (positive but insufficient vario), causing the aircraft to collide with an equipment of the approach light system. 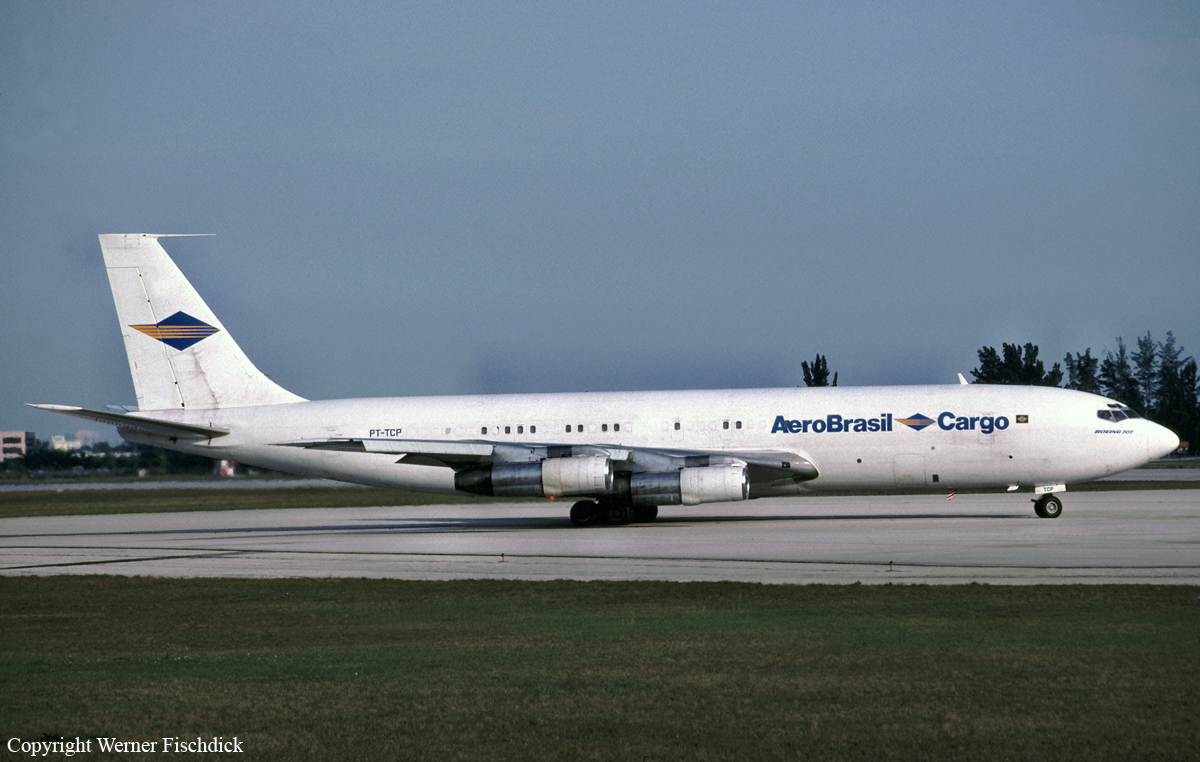 Crash of a Beechcraft C90A King Air in Manaus: 7 killed

Registration:
PT-TCS
Flight Phase:
Landing (descent or approach)
Flight Type:
Cargo
Survivors:
No
Site:
City
Schedule:
Manaus – São Paulo
MSN:
19354
YOM:
1966
Flight number:
TR801
Location:
São Paulo-Guarulhos
São Paulo
Country:
Brazil
Region:
South America
Crew on board:
3
Crew fatalities:
Pax on board:
0
Pax fatalities:
Other fatalities:
Total fatalities:
25
Captain / Total flying hours:
10731
Captain / Total hours on type:
1458.00
Copilot / Total flying hours:
2265
Copilot / Total hours on type:
21
Aircraft flight hours:
61053
Circumstances:
The crew (one captain under training, one instructor and one flight engineer) was completing a cargo flight from Manaus to São Paulo and the aircraft was carrying a load of 26 tons of electronic equipments. Initially cleared for an approach to runway 09L, the crew was instructed to change to runway 09R as runway 09L was blocked by an aircraft. The crew was aware of a notam saying that runway 09R would be closed to all traffic starting 1200LT due to maintenance. In such conditions, the instructor rushed the approach procedure, interrupted the instruction to the captain under supervision and commanded flaps and speed brake at the same time, causing the aircraft to descend. The left wing struck the roof of a house then crashed in a residential area located about 2,7 km short of runway, bursting into flames. All three crew members and 22 people on the ground were killed. 47 other people on the ground were seriously injured.
Probable cause:
The accident was the consequence of the combination of the following factors (findings):
- The imminent interruption of operations in the aerodrome that would be used for landing the aircraft (closure of runway 09R due to works) stimulated the instructor to make a hurried descent, characterizing a potential state of anxiety,
- Probable crew fatigue,
- The instruction given to the pilot was discontinued and the local flight did not comply with the minima provided in RAC 3211,
- The failures found in the instruction were due to poor supervision of the Company's operations sector,
- Poor crew coordination,
- During the descent procedure when working checklist, the instructor broke the sequence of standardized procedures, thus stopping the instruction and consequently, the student's core handling of the flight,
- The instructor, without the student being informed beforehand, commanded the flaps together with the speed brakes. This action configured an abnormal attitude that contributed, without the pilots identifying, to the loss of control of the aircraft,
- The flight engineer also failed to meet the checklist items,
- The instructor did not follow the standardization of the instruction, when he executed a decision in a hurry,
- The crew did not respond to the sinking and pull up warnings,
- Error in the application of flight controls,
- The crew did not operate in accordance with the operational standard issued by the manufacturer and endorsed by the company,
- The air traffic controller contributed to the increase of the crew anxiety level by using non standard phraseology.
Final Report: 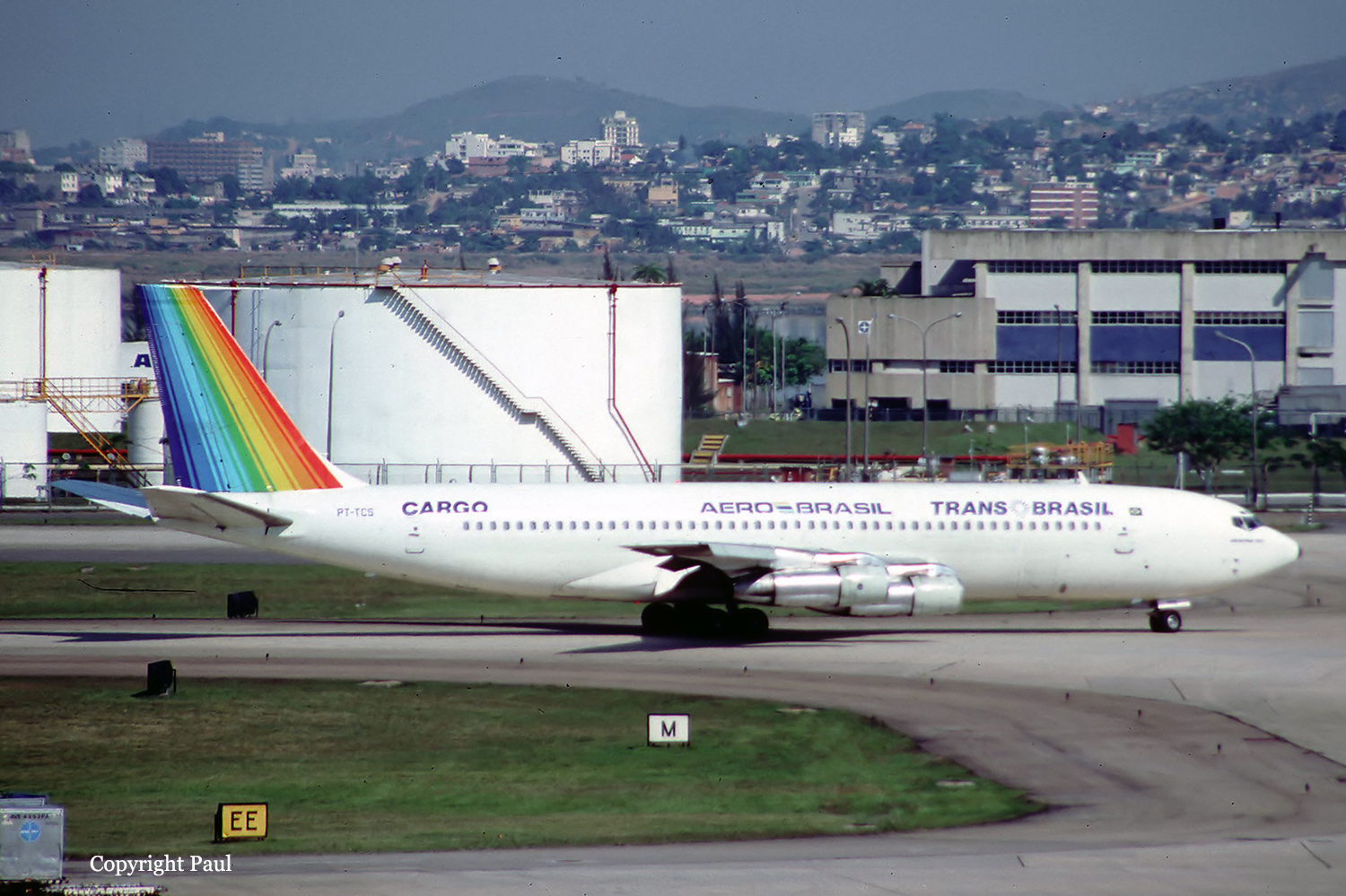 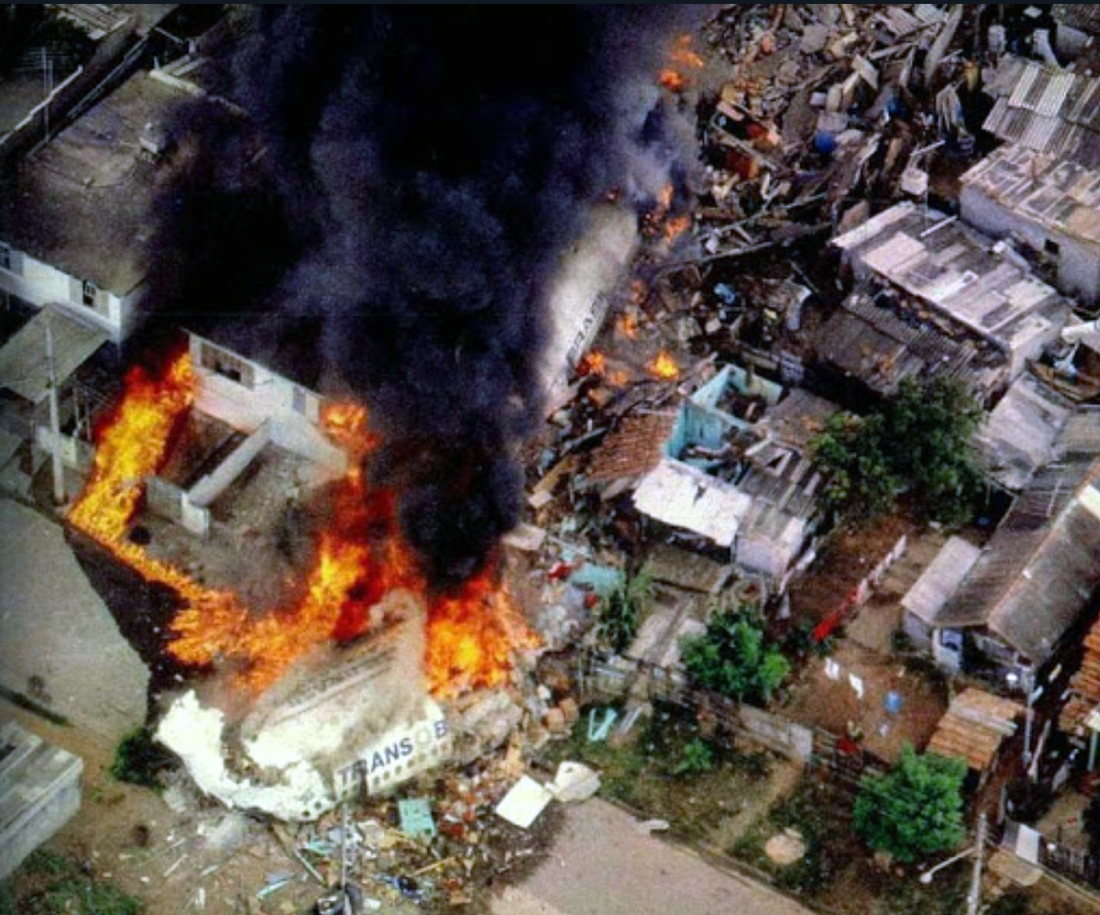 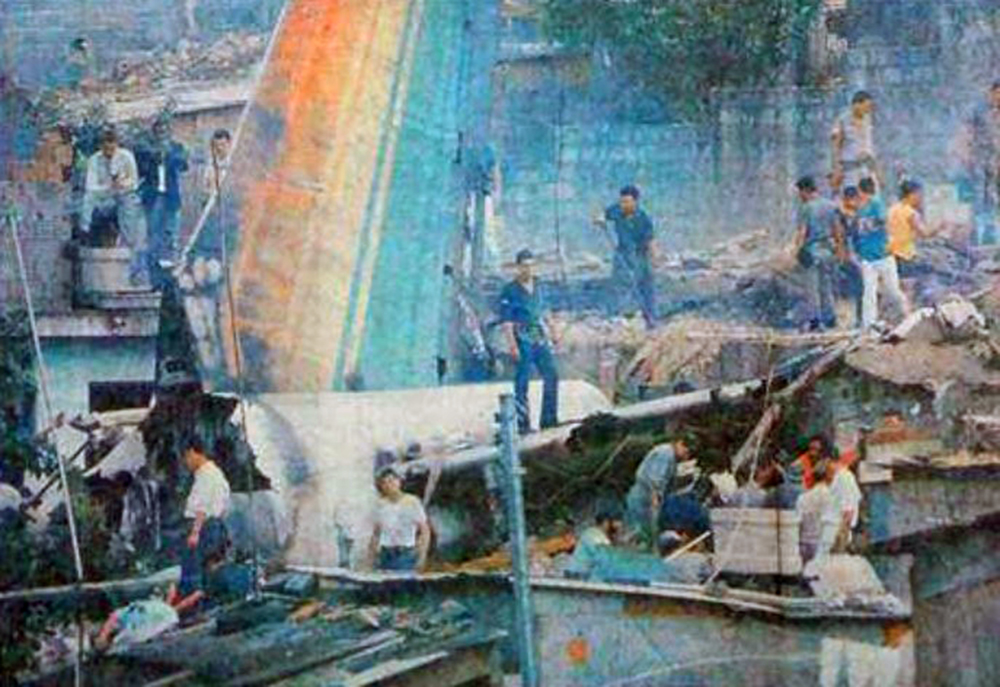 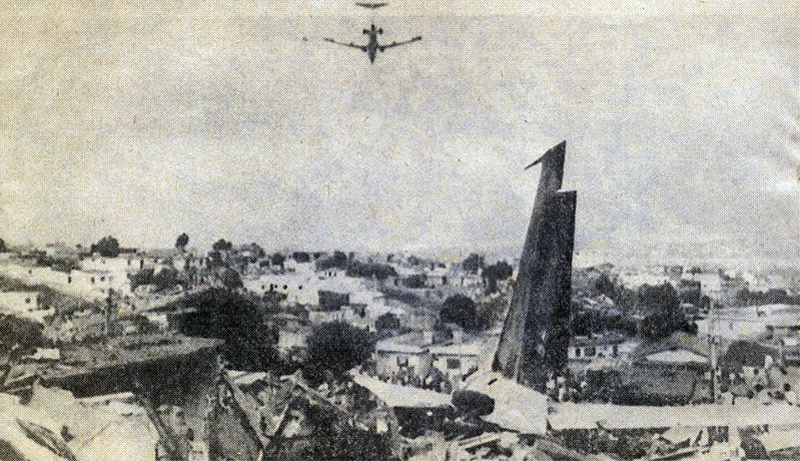 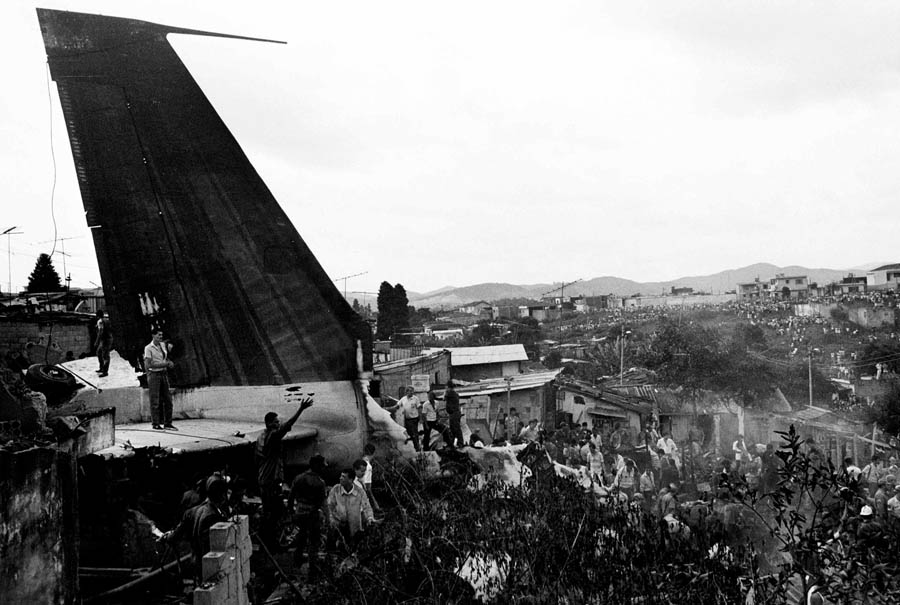 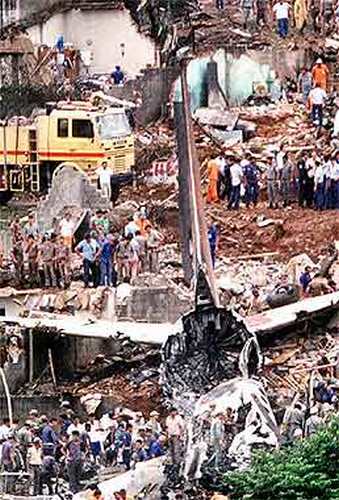 Registration:
PT-TCO
Flight Phase:
Landing (descent or approach)
Flight Type:
Cargo
Survivors:
Yes
Site:
Airport (less than 10 km from airport)
MSN:
18932
YOM:
1966
Location:
Manaus-Eduardo Gomes
Amazonas
Country:
Brazil
Region:
South America
Crew on board:
3
Crew fatalities:
Pax on board:
4
Pax fatalities:
Other fatalities:
Total fatalities:
0
Circumstances:
The approach to Manaus-Eduardo Gomes Airport was completed in poor weather conditions with limited visibility due to heavy rain falls. On final, the crew failed to realize that the airplane was not properly aligned with the runway centerline. The aircraft landed to the right of the centerline, causing the right main gear to collapse after it struck runway lights and an electric box. The aircraft slid for few hundred meters before coming to rest. All seven occupants escaped uninjured. 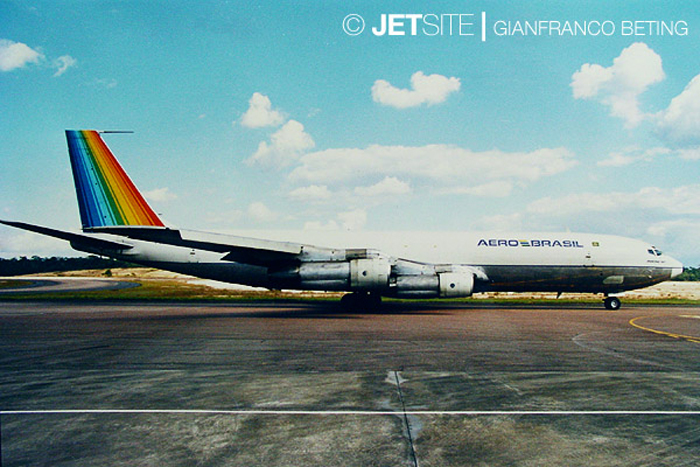 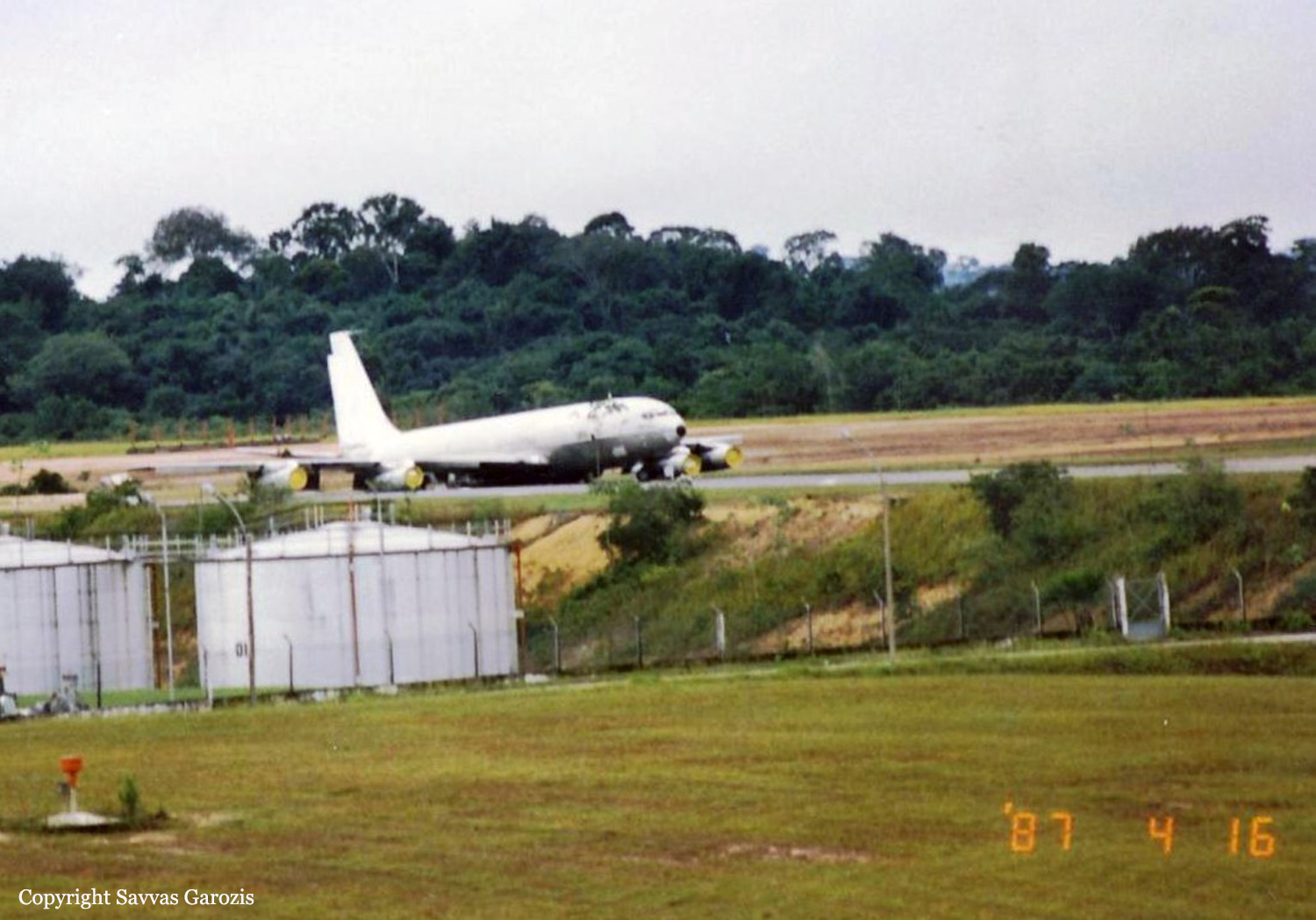 Registration:
PP-SNC
Flight Phase:
Takeoff (climb)
Flight Type:
Training
Survivors:
No
Site:
Airport (less than 10 km from airport)
Schedule:
Manaus - Manaus
MSN:
21187
YOM:
1975
Location:
Manaus-Eduardo Gomes
Amazonas
Country:
Brazil
Region:
South America
Crew on board:
2
Crew fatalities:
Pax on board:
0
Pax fatalities:
Other fatalities:
Total fatalities:
2
Circumstances:
The crew (one pilot and one instructor) was engaged in a local training flight at Manaus-Eduardo Gomes Airport. After a simulated asymmetrical power takeoff, the airplane encountered difficulties to gain sufficient height. The crew increased engine power but the airplane stalled and crashed in a wooded area located few km from the airfield, bursting into flames. Both pilots were killed. It is believed that the aircraft was on its way to São Paulo Airport, carrying a load of televisions.
Probable cause:
The accident was the consequence of the combination of the following findings:
- Poor flight preparation,
- Lack of crew coordination,
- Failure to follow pre-takeoff procedures,
- Inadequate supervision on part of the instructor. 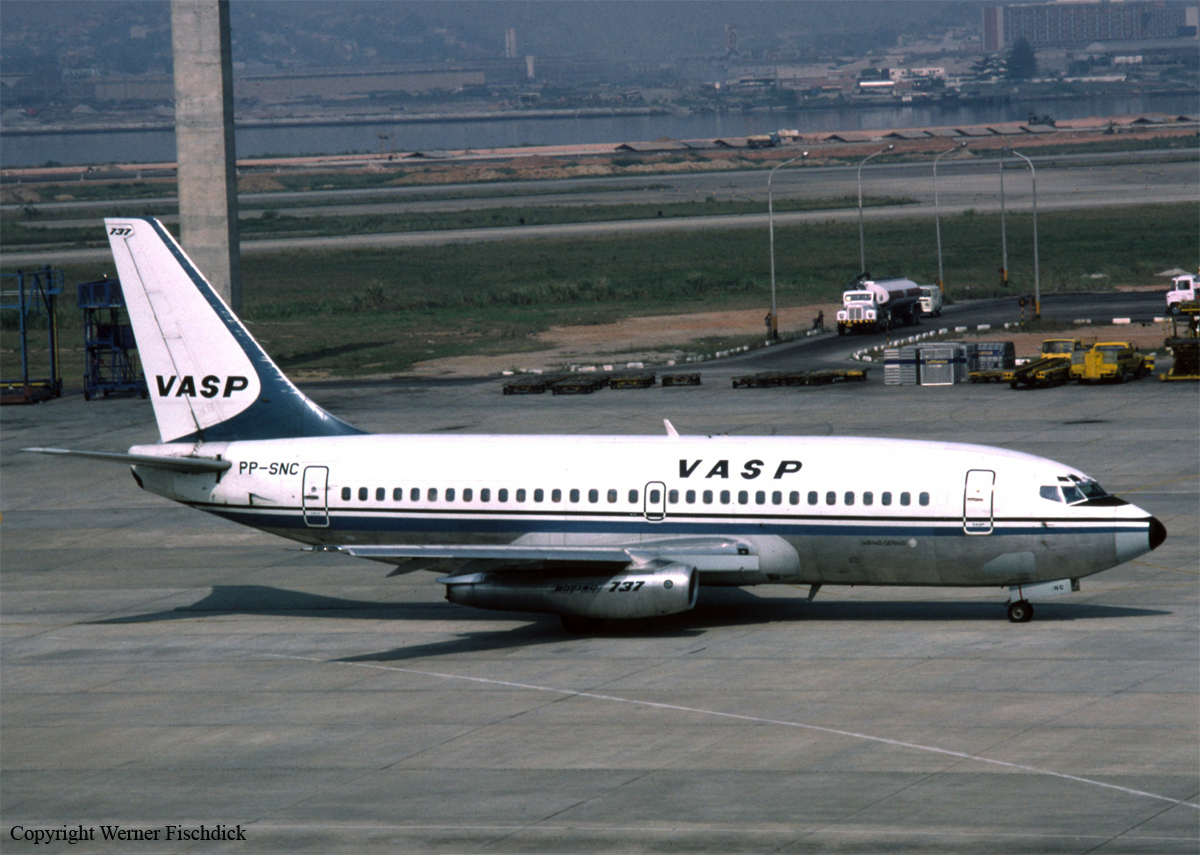 Registration:
PP-VJT
Flight Phase:
Landing (descent or approach)
Flight Type:
Cargo
Survivors:
Yes
Site:
Airport (less than 10 km from airport)
MSN:
19322
YOM:
1967
Location:
Manaus-Eduardo Gomes
Amazonas
Country:
Brazil
Region:
South America
Crew on board:
3
Crew fatalities:
Pax on board:
0
Pax fatalities:
Other fatalities:
Total fatalities:
0
Circumstances:
After touchdown on a wet runway at Manaus-Eduardo Gomes Airport, the four engine airplane deviated to the right, causing the right main gear to struck runway lights. Upon impact, the right main gear was torn off and the airplane came to rest. All three crew members escaped uninjured while the aircraft was damaged beyond repair. It was reported that the crew landed at an excessive speed of 148 knots on a wet runway due to heavy rain falls. It may be possible that the aircraft suffered aquaplaning after touchdown. 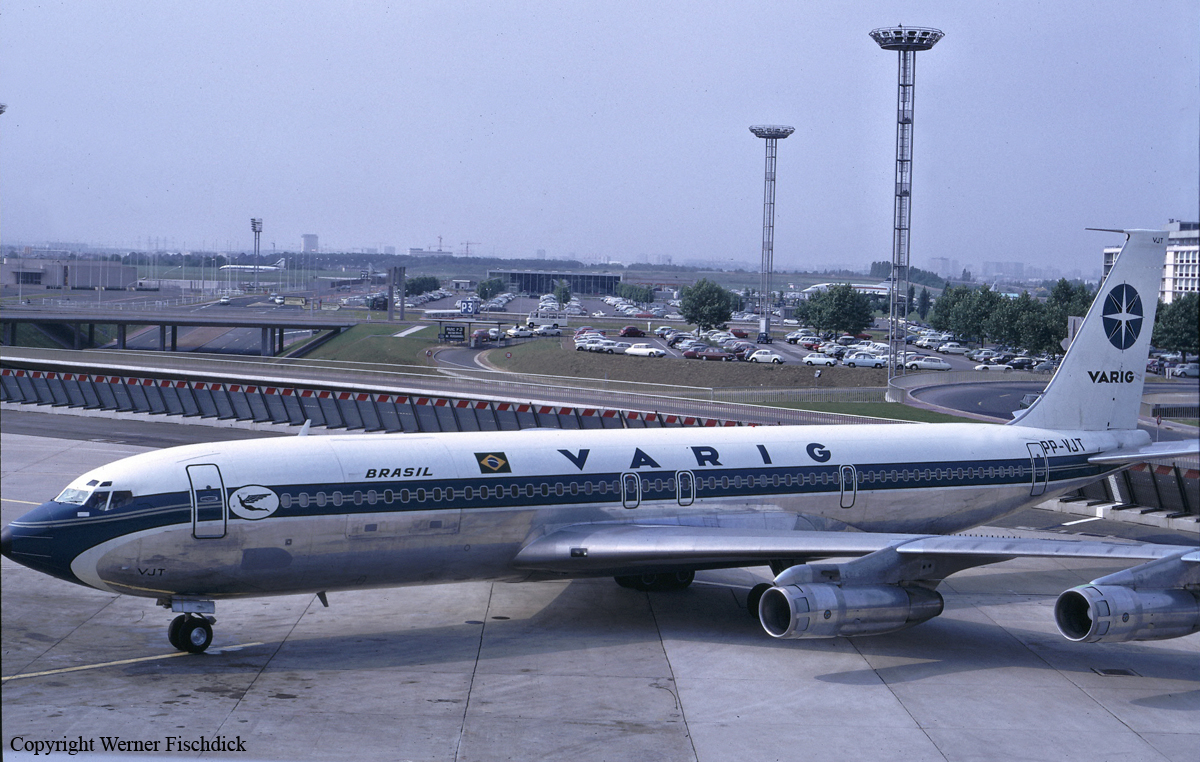 Crash of a Learjet 25C in Campinas: 7 killed 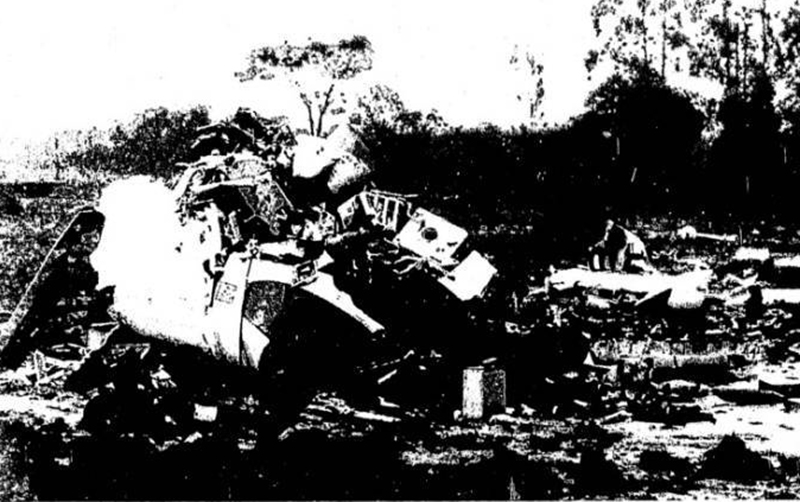