Crash of a Tupolev TU-154B-2 in Thessaloniki

Registration:
HA-LCR
Flight Phase:
Landing (descent or approach)
Flight Type:
Scheduled Revenue Flight
Survivors:
Yes
Site:
Airport (less than 10 km from airport)
Schedule:
Budapest - Thessaloniki
MSN:
82A543
YOM:
1982
Flight number:
MA262
Location:
Thessaloniki
Thessaly / Θεσσαλία
Country:
Greece
Region:
Europe
Crew on board:
8
Crew fatalities:
Pax on board:
86
Pax fatalities:
Other fatalities:
Total fatalities:
0
Captain / Total flying hours:
7420
Captain / Total hours on type:
7000.00
Copilot / Total flying hours:
566
Copilot / Total hours on type:
566
Aircraft flight hours:
22409
Aircraft flight cycles:
13583
Circumstances:
Originally, flight MA262 from Budapest to Thessaloniki should be performed by a Boeing 737-300 HA-LES but due to technical problems, a Tupolev TU-154B-2 was dispatched. Following an uneventful flight, the crew was cleared for a VOR/DME approach to runway 34 followed by a visual circle to land on runway 28 as the runway 34 was closed to traffic due to construction works. Because a Boeing 757 slowed to vacate the runway after landing, ATC instructed the crew to extend the downwind leg for runway 28. For unknown reasons, the crew failed to comply with this instructions and performed 'S'. On final approach, the tower controller informed the crew that he forgot to lower the undercarriage. The captain increased engine power and initiated a go-around procedure but this decision was too late. The aircraft continued to descend and struck the runway surface in a gear-up configuration at 1657LT. The aircraft suffered substantial damages but the crew managed to go-around and to follow a holding pattern. A safe landing was completed at 1715LT. All 94 occupants evacuated safely while the aircraft was damaged beyond repair.
Probable cause:
Despite repeated instructions of the control tower the crew did not carried out a short turn for landing, resulting in:
- The aircraft was not aligned with the runway in time (unstabilized approach).
- Attention of the cockpit crew was to exclusively dedicated to performing sudden maneuvers at low altitude, in order to align the plane with the runway.
- Failure to lower the undercarriage in accordance with the applicable procedures for this flight phase.
Contributing Factors:
- The apparent inactivation of the audible warning when the undercarriage was not deployed.
- Lack of Cockpit Resources Management.
Final Report: 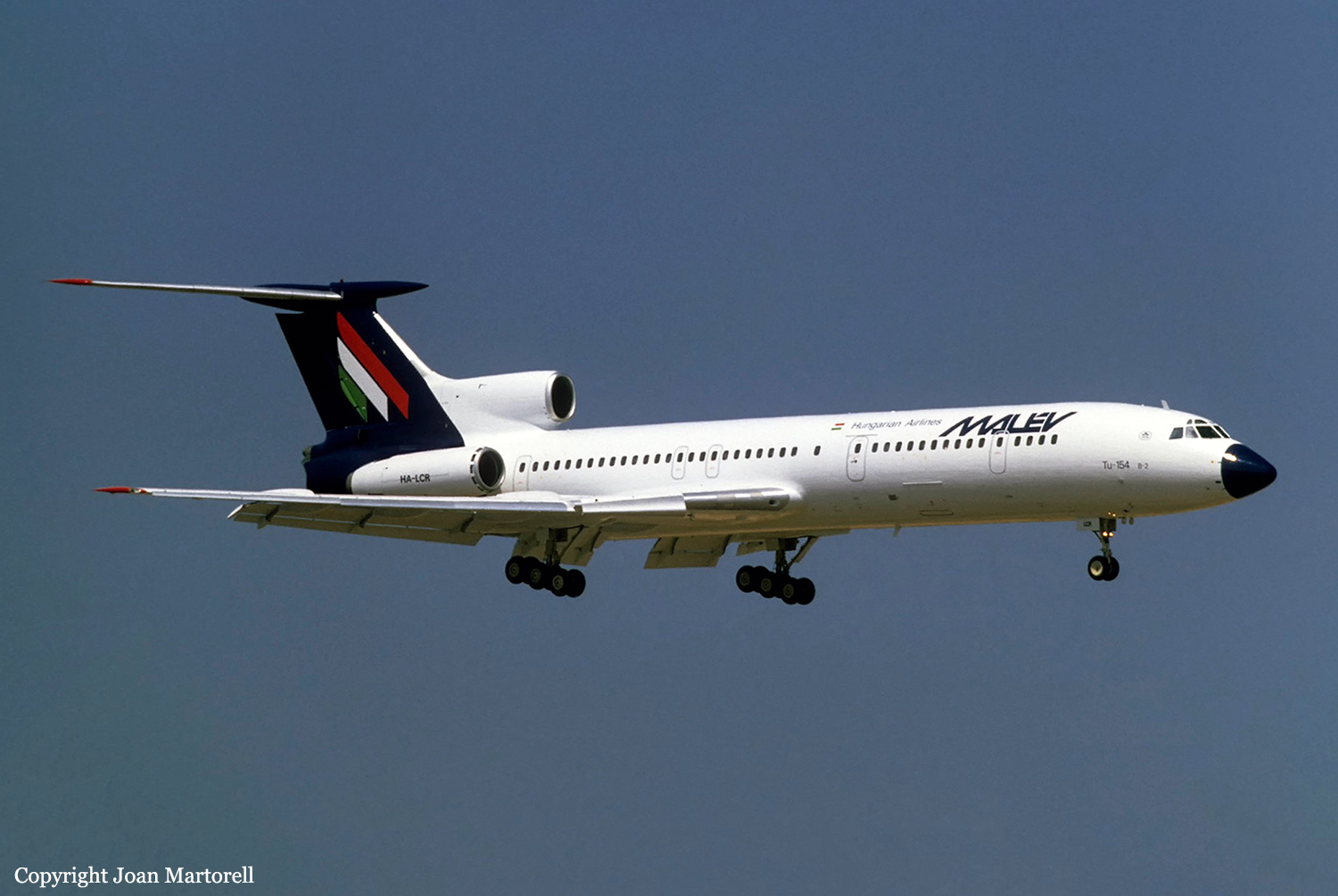 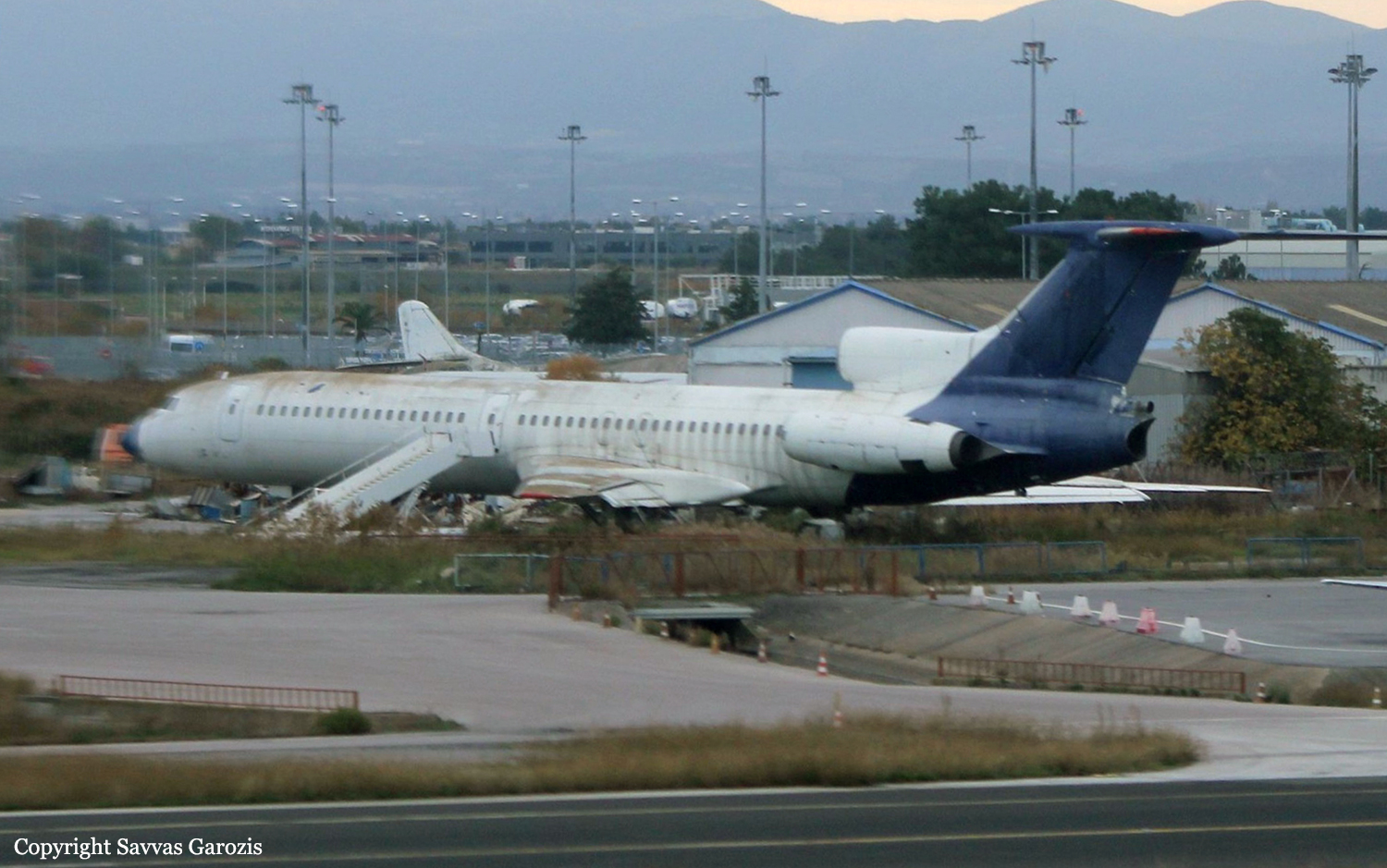 Crash of a Yakovlev Yak-42 near Katerini: 70 killed 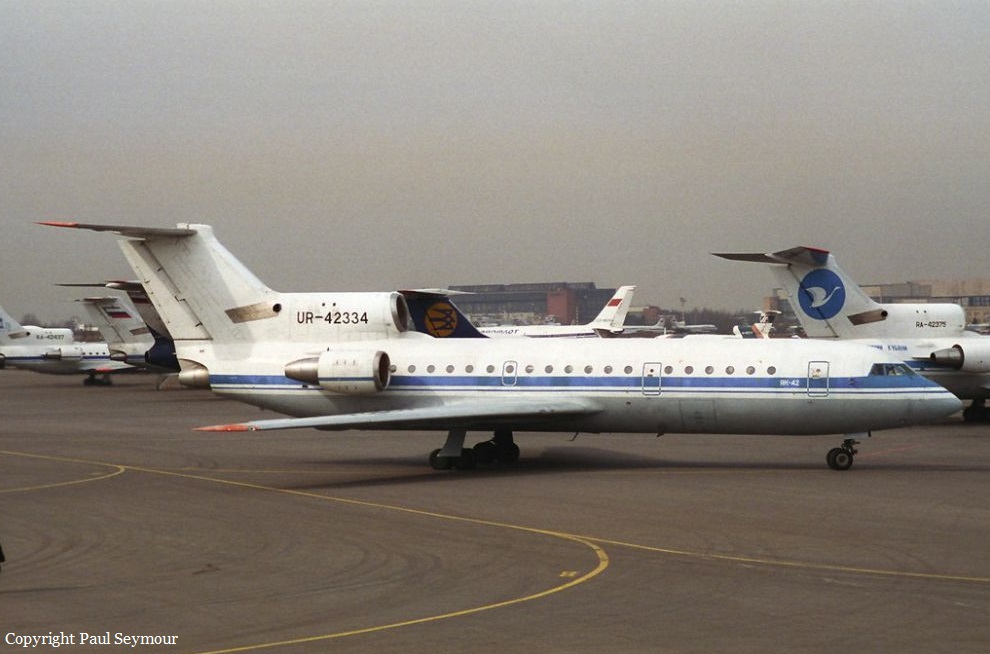 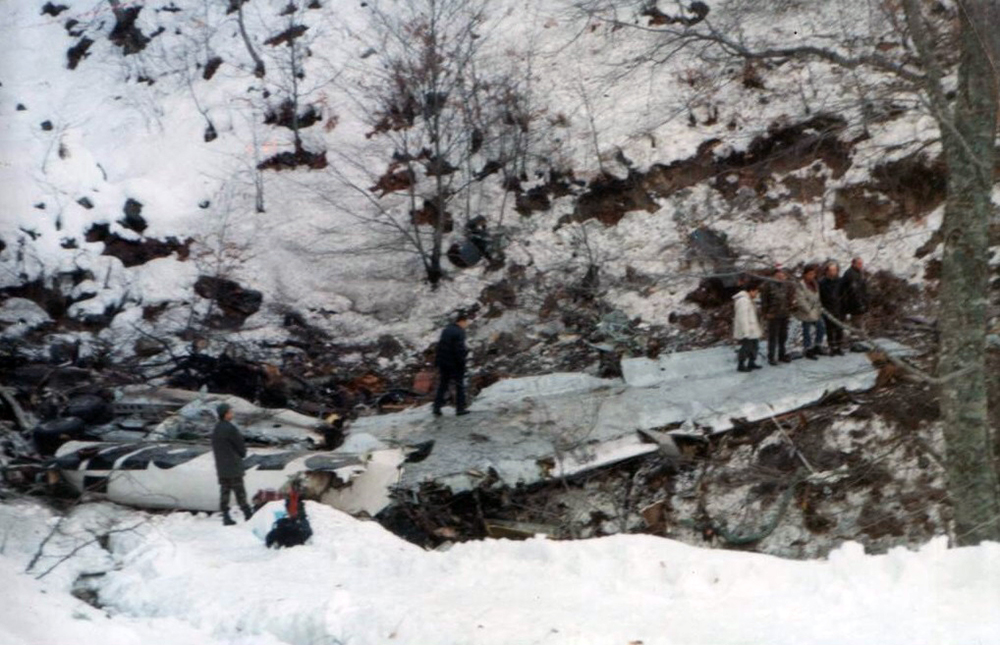 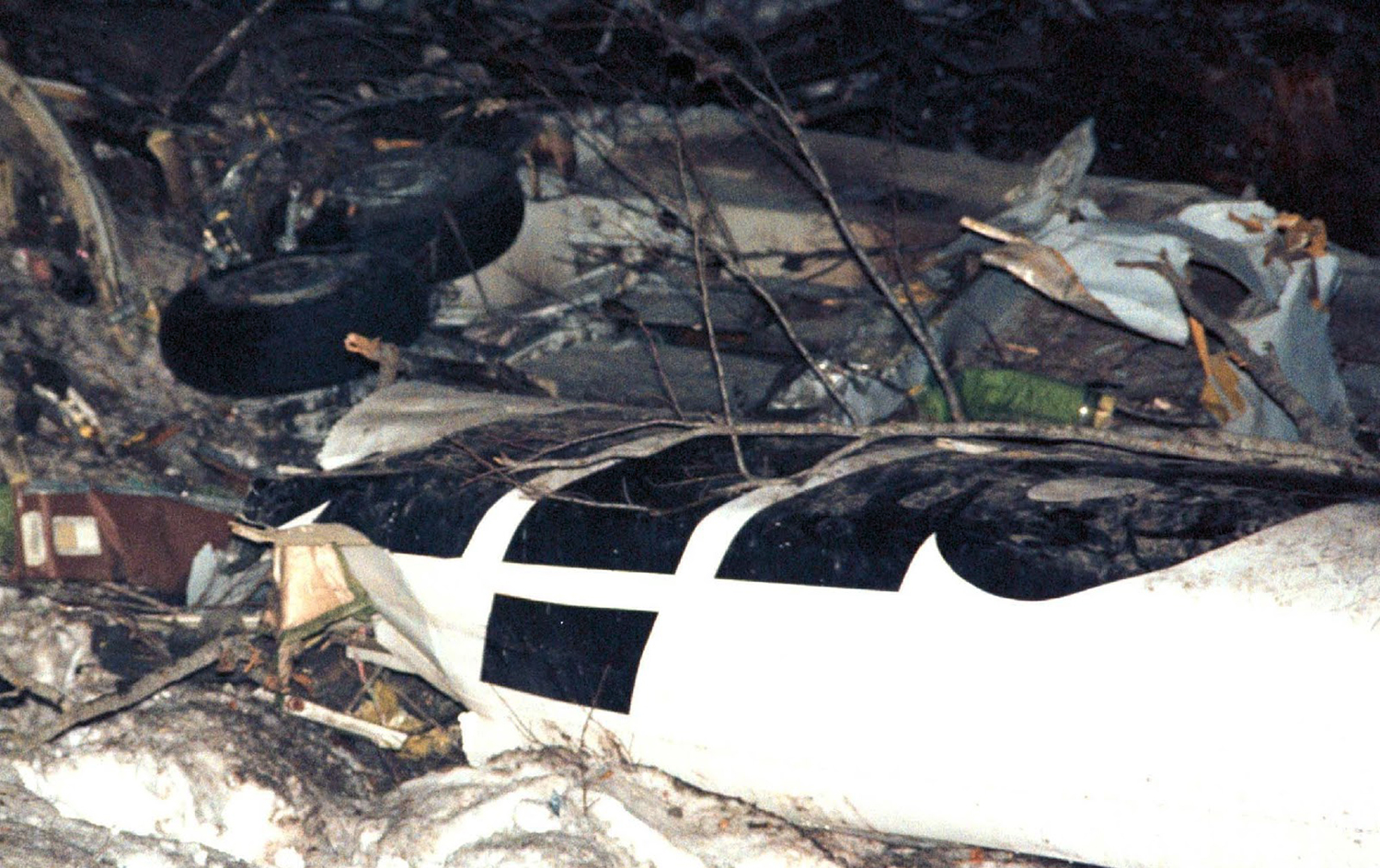 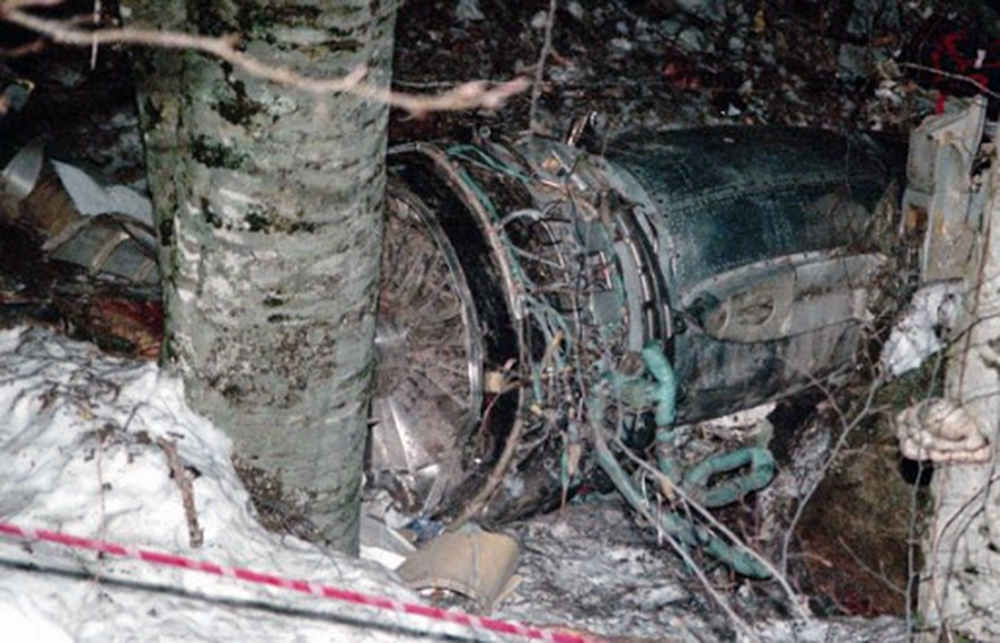 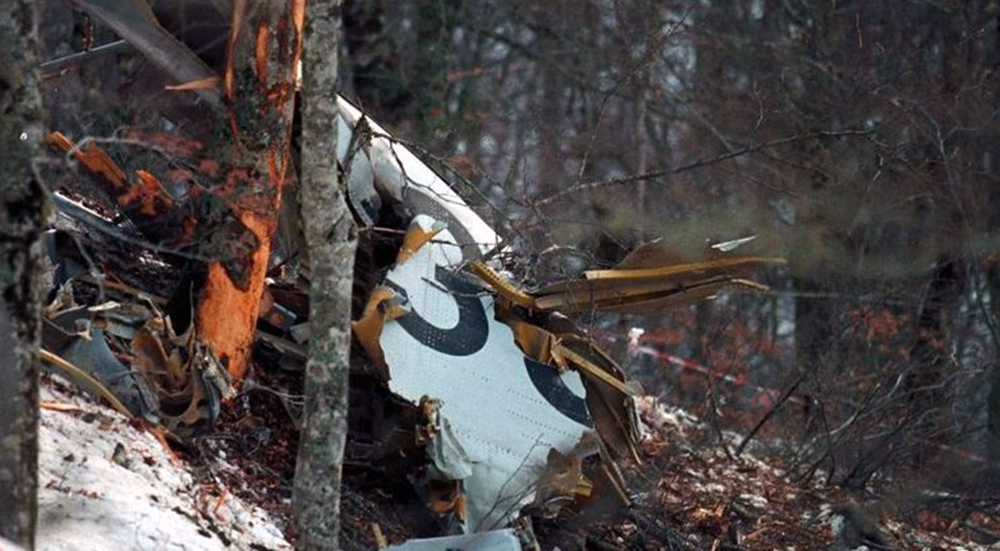 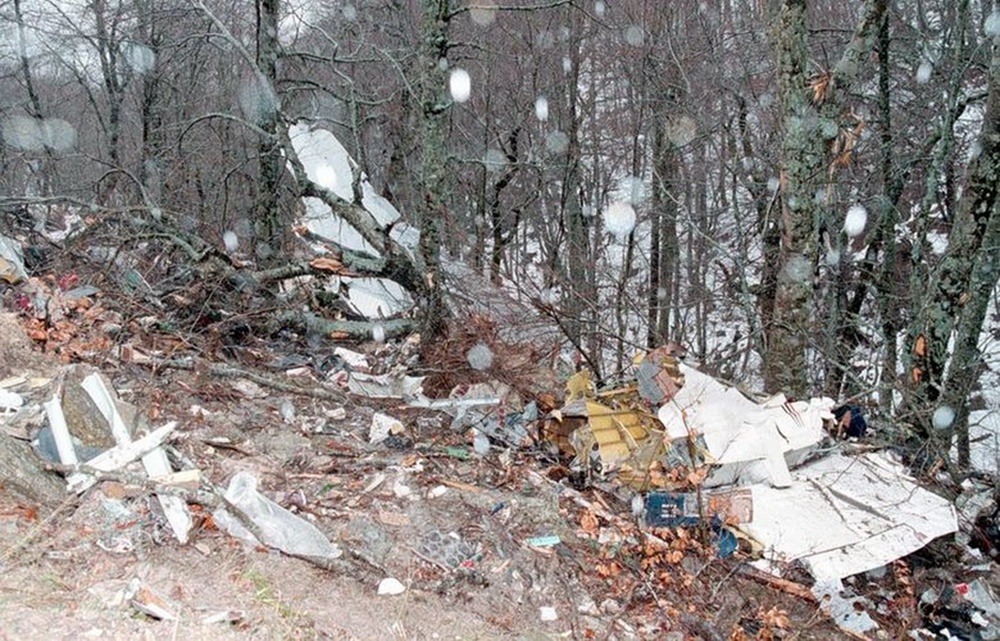 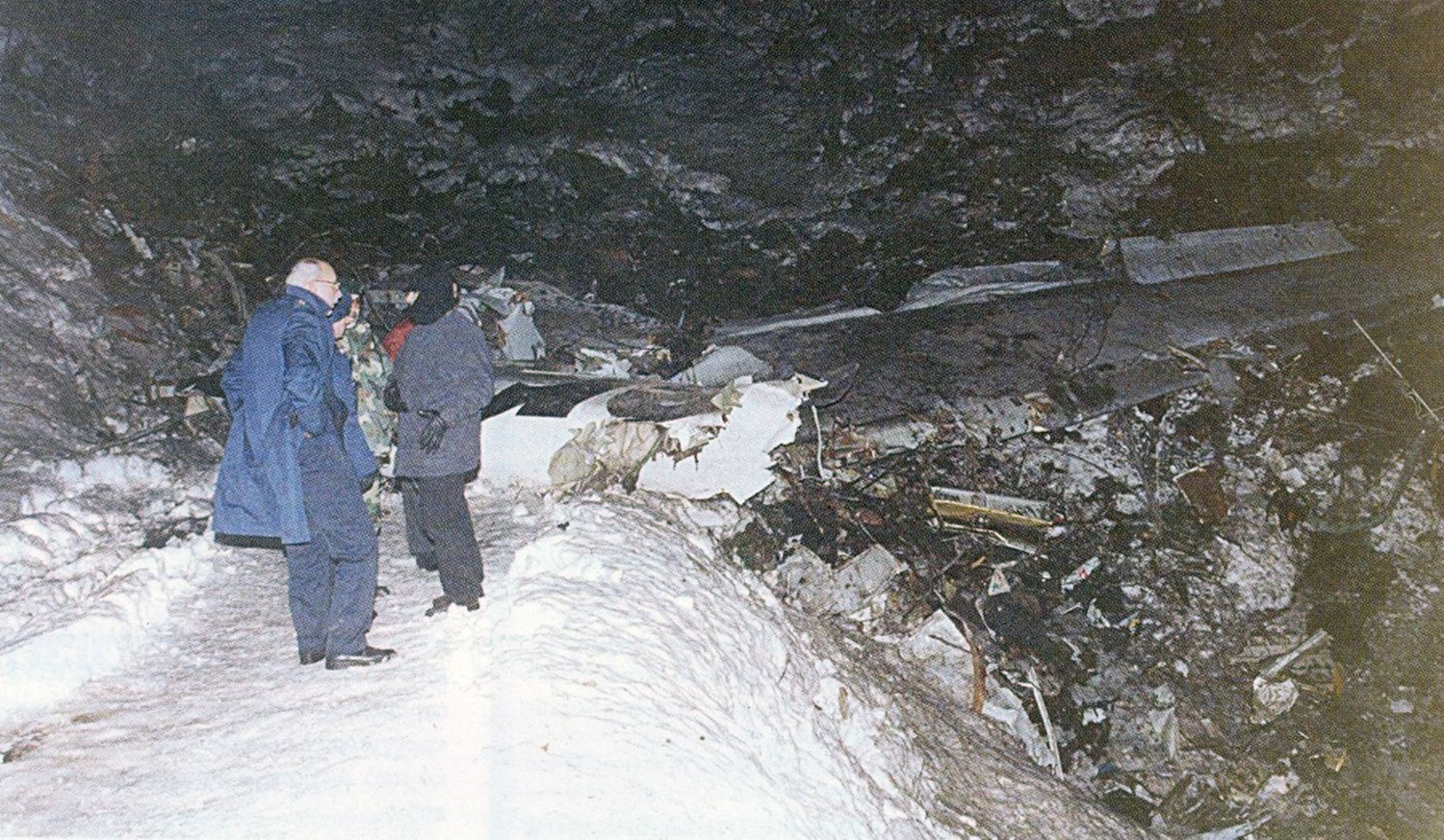 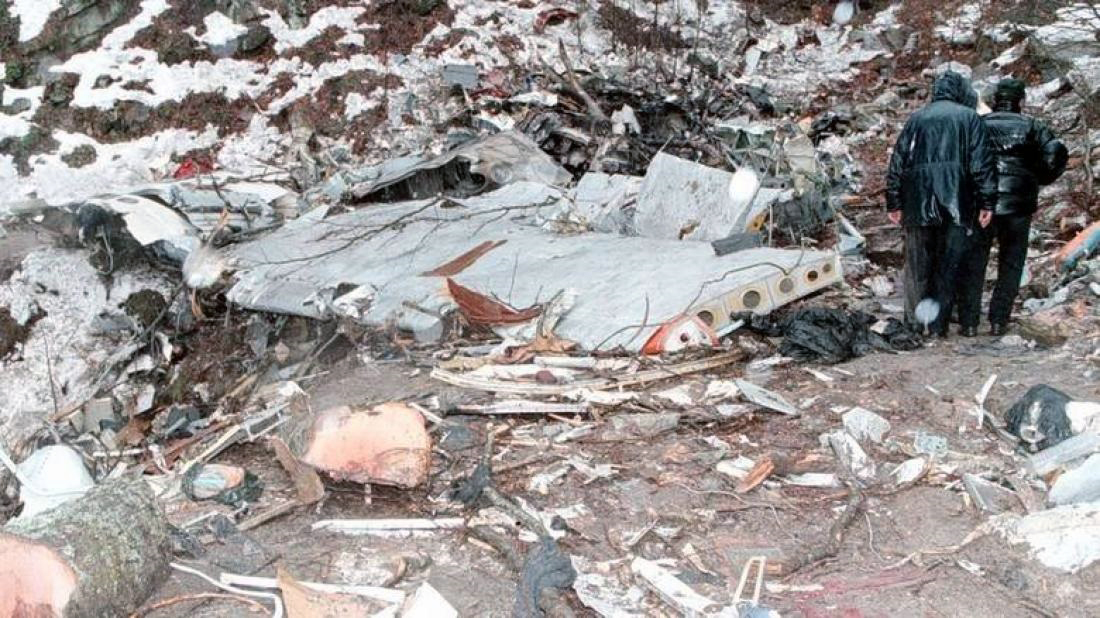 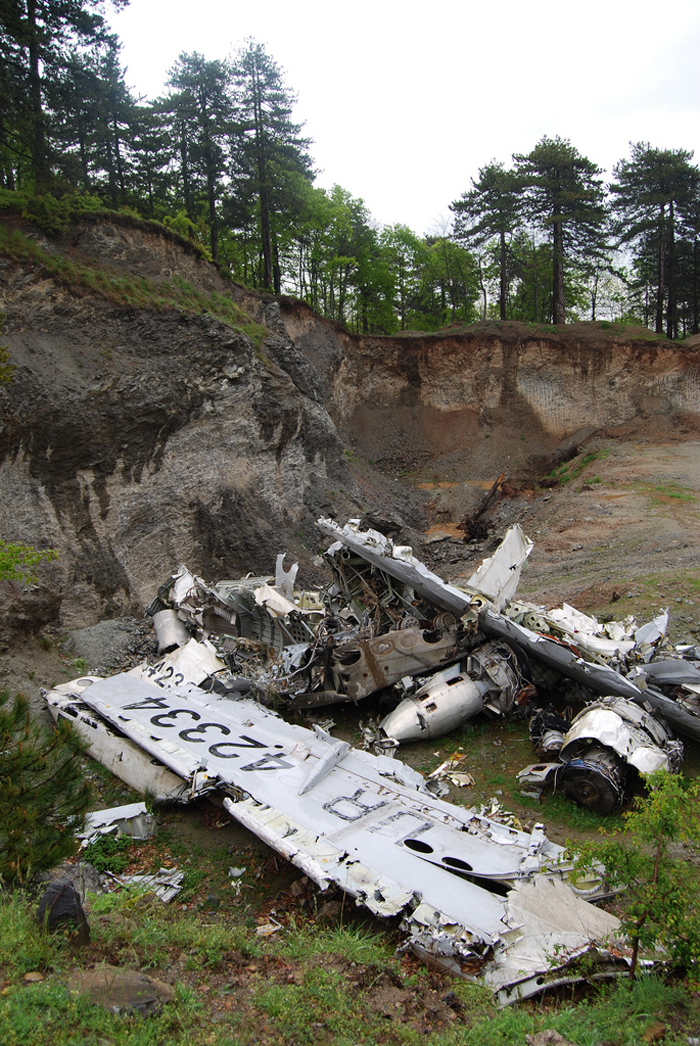 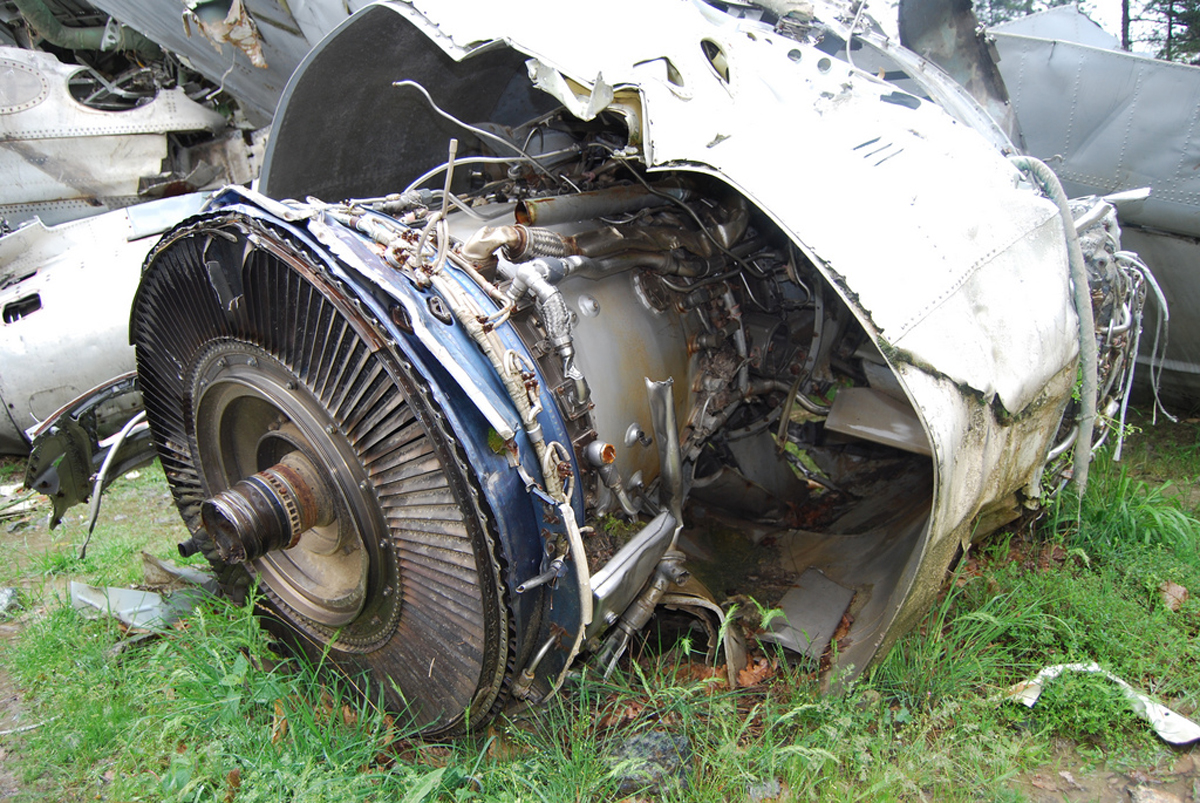 Registration:
SX-CBI
Flight Phase:
Landing (descent or approach)
Flight Type:
Scheduled Revenue Flight
Survivors:
Yes
Site:
Airport (less than 10 km from airport)
Schedule:
Athens - Thessaloniki - Frankfurt
MSN:
20791
YOM:
1974
Flight number:
OA171
Location:
Thessaloniki
Thessaly / Θεσσαλία
Country:
Greece
Region:
Europe
Crew on board:
9
Crew fatalities:
Pax on board:
26
Pax fatalities:
Other fatalities:
Total fatalities:
0
Circumstances:
The approach to Thessaloniki Airport was completed in poor weather conditions. The aircraft landed too far down the runway and after touchdown, the crew realized he could not stop the aircraft within the remaining distance so he decided to veer off runway to the right. While contacting soft ground, the undercarriage were torn off and the aircraft came to rest. All 35 occupants escaped uninjured and the aircraft was damaged beyond repair. At the time of the accident, the wind was from 360° at 18 knots gusting to 28 knots with thunderstorm activity, rain falls and a visibility of 5 km.
Probable cause:
The following findings were reported:
- Poor weather conditions,
- The runway surface was wet and the braking action was considered as moderate to low,
- The flying crew consisted of two highly experienced captains,
- The crew was under stress during the final approach due to poor weather conditions,
- Wrong approach configuration as the aircraft was too high on the glide,
- The crew failed to follow the approach checklist,
- The aircraft landed too far down the runway, about a third past its threshold, reducing the landing distance available,
- Lack of crew coordination,
- The crew failed to initiate a go-around procedure. 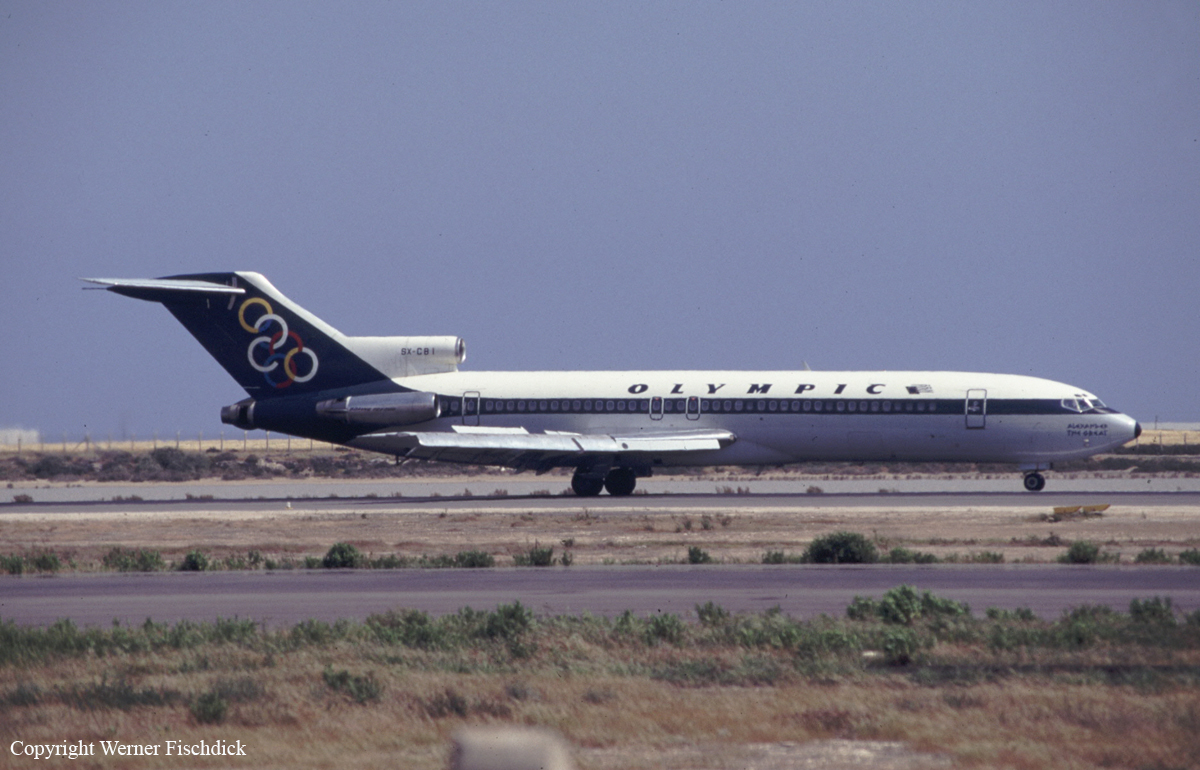 Crash of an Antonov AN-26 in Thessaloniki: 6 killed

Type of aircraft:
Antonov AN-26
Operator:

Registration:
TZ-347
Flight Phase:
Landing (descent or approach)
Flight Type:
Ferry
Survivors:
No
Site:
Airport (less than 10 km from airport)
Schedule:
Kiev - Tunis - Bamako
MSN:
3303
YOM:
1974
Location:
Thessaloniki
Thessaly / Θεσσαλία
Country:
Greece
Region:
Europe
Crew on board:
6
Crew fatalities:
Pax on board:
0
Pax fatalities:
Other fatalities:
Total fatalities:
6
Circumstances:
The aircraft was ferried from Kiev to Bamako with an intermediate stop in Tunis following a complete revision at the Antonov factory in Kiev. En route from Kiev to Tunis, while flying over the north part of Greece, the crew informed ATC about technical problems and was cleared to divert to Thessaloniki-Makedonia Airport. As a radar (instrument) approach was not possible, the crew attempted to land under VFR mode in IMC conditions. On final, in limited visibility due to rain falls and fog, the crew failed to realize his altitude was too low when the aircraft struck the slope of a mountain located 4 km short of runway. All six crew members were killed. It is possible that the crew encountered technical problems with fuel. 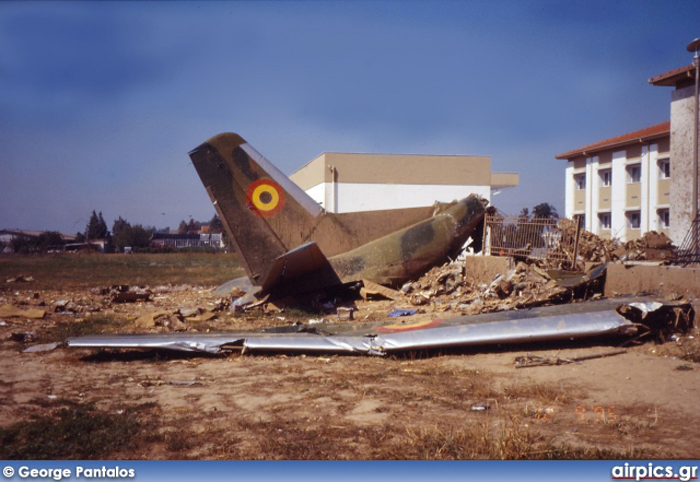 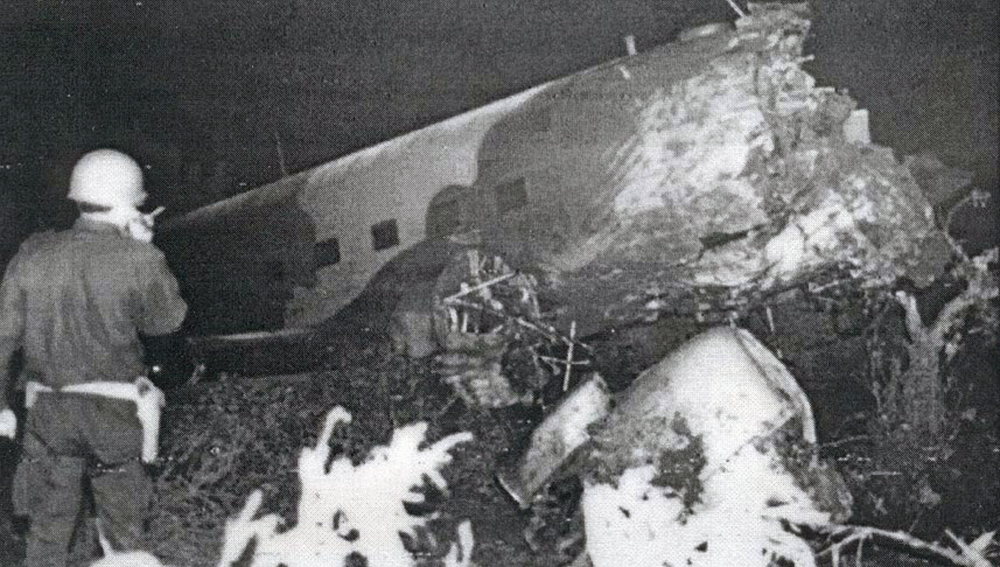 Registration:
SX-BGE
Flight Phase:
Landing (descent or approach)
Flight Type:
Scheduled Revenue Flight
Survivors:
No
Site:
Mountains
Schedule:
Thessaloniki - Samos - Kos
MSN:
3083
YOM:
1982
Flight number:
ML545
Location:
Samos
North Aegean / Βόρειο Αιγαίο
Country:
Greece
Region:
Europe
Crew on board:
3
Crew fatalities:
Pax on board:
31
Pax fatalities:
Other fatalities:
Total fatalities:
34
Circumstances:
The crew started the approach to Samos Airport runway 09 in poor weather conditions. While flying under VFR mode in IMC conditions, the aircraft struck the slope of Mt Kerkis (1,430 meters high) located 25 km northwest of the airport. The aircraft disintegrated on impact and all 34 occupants were killed. At the time of the accident, the visibility was poor and the mountain was shrouded in clouds.
Probable cause:
It was determined that the crew initiated a VFR approach in IMC conditions to runway 09 at Samos Airport. Standard approach to Samos are on runway 27 from the sea but could be completed to runway 09 if the minimum visibility is good at least 3,2 km from threshold.
The following contributing factors were reported:
- Navigation error on part of the crew who deviated by 4 nm from the approach route,
- VFR approach in IMC conditions,
- The weather radar in the cockpit was OFF at the time of the accident,
- The pilot-in-command was completing a steep turn when the aircraft impacted ground,
- Lack of visibility due to low clouds. 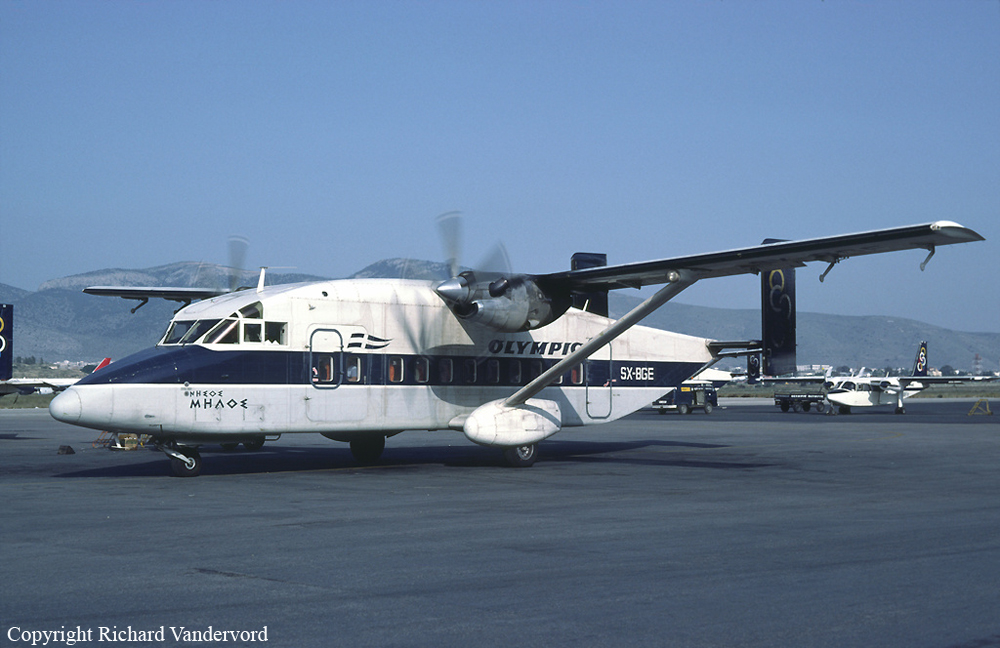 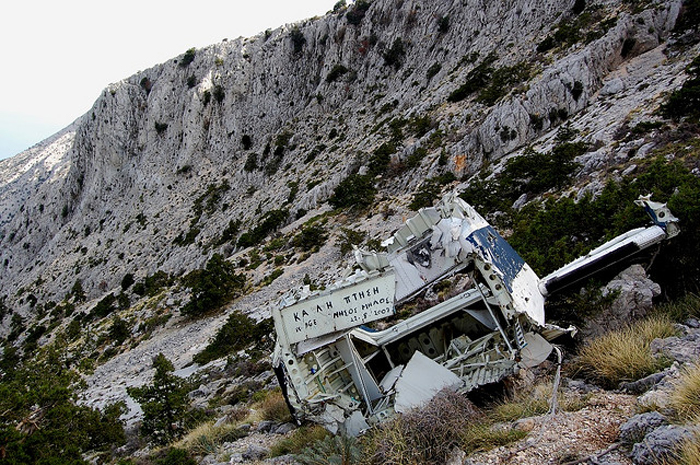 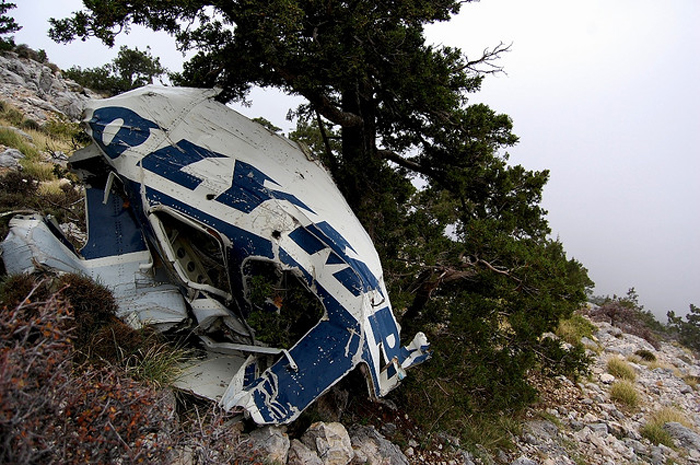 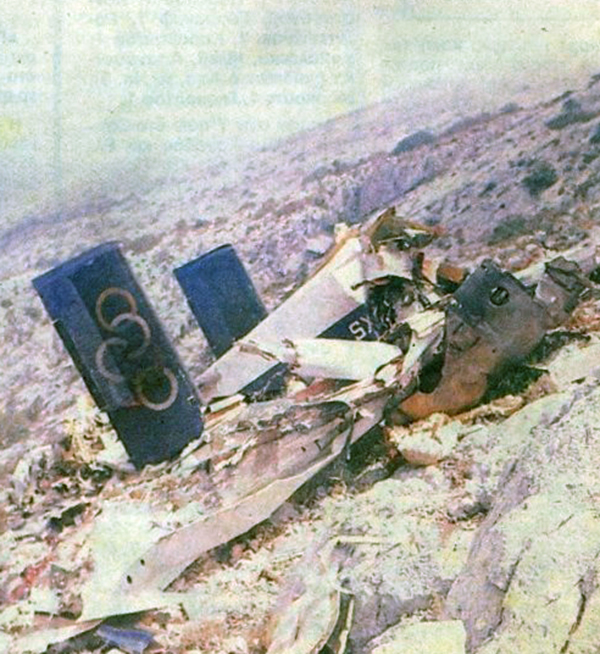 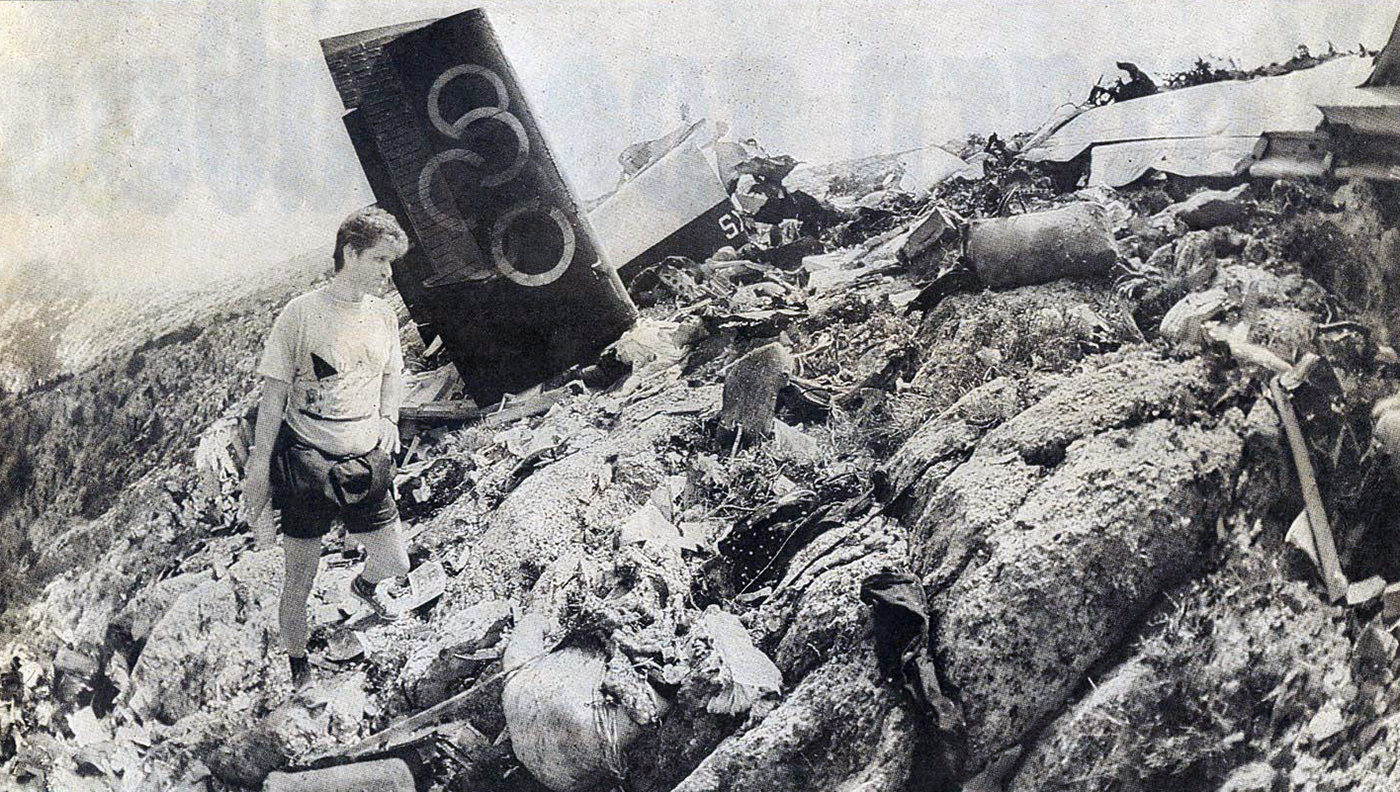 Crash of a Grumman G-159 Gulfstream I in Niedernberg

Type of aircraft:
Grumman G-159 Gulfstream I
Operator:
S. Lubbezoo
Registration:
N750BR
Flight Phase:
Flight
Flight Type:
Positioning
Survivors:
Yes
Site:
Plain, Valley
Schedule:
Rotterdam - Thessaloniki
MSN:
99
YOM:
1963
Location:
Niedernberg
Bavaria
Country:
Germany
Region:
Europe
Crew on board:
2
Crew fatalities:
Pax on board:
0
Pax fatalities:
Other fatalities:
Total fatalities:
0
Circumstances:
While in cruising level over Germany on a positioning flight from Rotterdam to Thessaloniki, the right engine failed and its propeller feathered automatically. The crew informed ATC and started a descent in an order to divert to the nearest airport. While descending, the power was restored on the right engine but it failed again. Once the altitude of 6,000 feet was reached on descent, the left engine failed as well. The crew reduced his altitude and completed a belly landing in an open field located near Niedernberg. Both pilots escaped uninjured while the aircraft was damaged beyond repair.
Probable cause:
It is believed that the double engine failure was the consequence of a contaminated fuel. 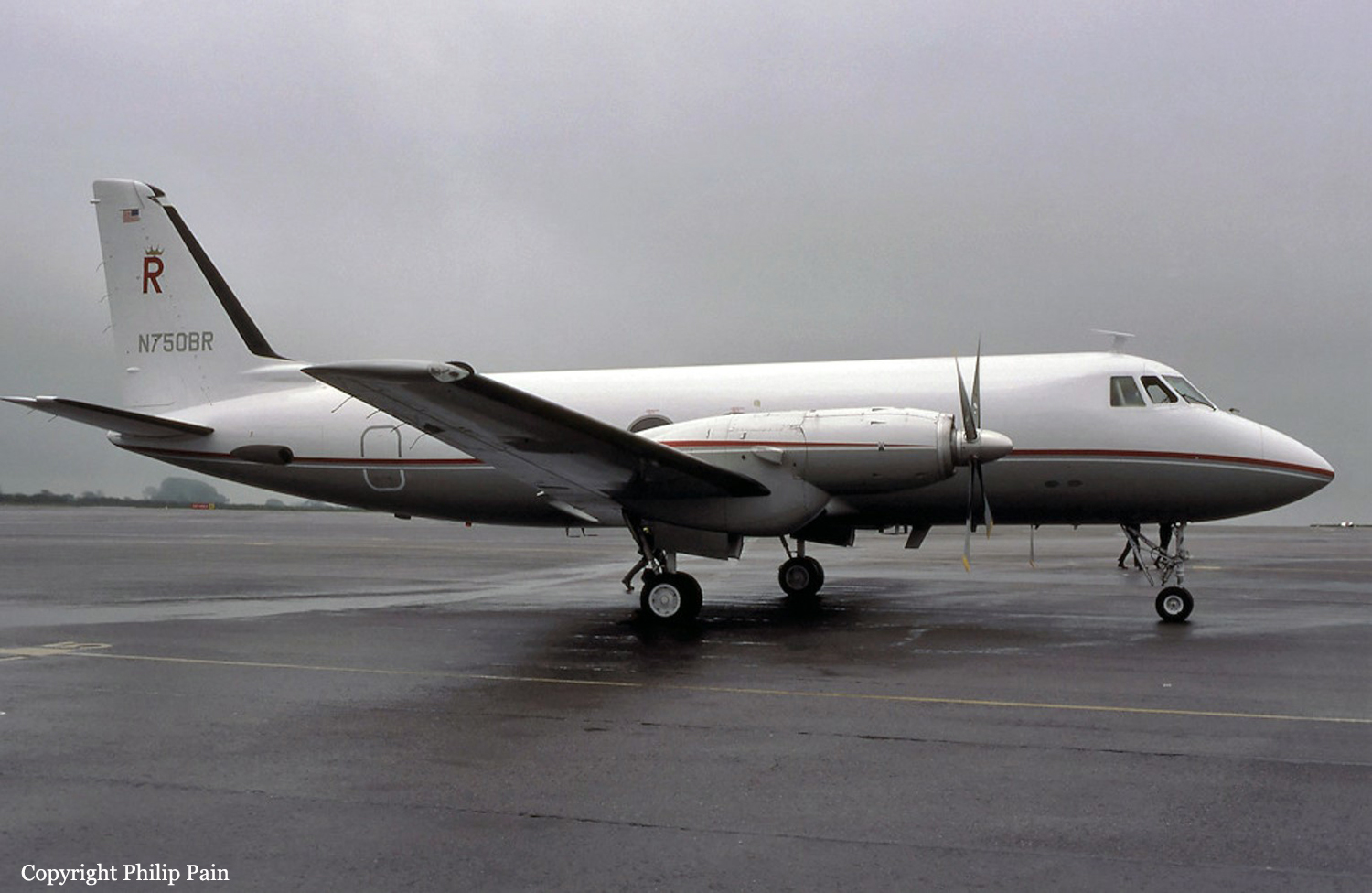 Registration:
SX-BAD
Flight Phase:
Flight
Flight Type:
Scheduled Revenue Flight
Survivors:
No
Site:
Mountains
Schedule:
Athens – Thessaloniki
MSN:
9491
YOM:
1943
Flight number:
OA214
Location:
Avlona
Attica / Αττική
Country:
Greece
Region:
Europe
Crew on board:
3
Crew fatalities:
Pax on board:
16
Pax fatalities:
Other fatalities:
Total fatalities:
19
Circumstances:
The aircraft departed Athens-Ellinikon Airport at 1501LT bound for Tessaloniki. The crew climbed to an altitude of 3,000 feet with a 240° heading and later received the permission to climb to 9,000 feet. While approaching Mt Parnis in good weather conditions, the captain informed ATC about his position. Five minutes later, the airplane disappeared from radar screens and crashed near Avlona. The airplane was totally destroyed upon impact and all 19 occupants were killed.
Probable cause:
The accident was caused by the failure of the gudgeon pin bearing of no.6 piston of the left engine, which resulted in the abrupt breaking of the engine. Inertia of the propeller at the moment of the breaking of the engine caused failure of the propeller shaft. The broken propeller, rotating, caused serious cuts on the left wing. The latter then separated and loss of control followed.

Registration:
D-AWAS
Flight Phase:
Flight
Flight Type:
Scheduled Revenue Flight
Survivors:
No
Site:
Lake, Sea, Ocean, River
Schedule:
Thessaloniki - Athens
MSN:
6561
Location:
Eretria
Central Greece / Στερεά Ελλάδα
Country:
Greece
Region:
Europe
Crew on board:
3
Crew fatalities:
Pax on board:
13
Pax fatalities:
Other fatalities:
Total fatalities:
16
Circumstances:
Christened 'Joachim Blankenburg', the aircraft left Thessaloniki Airport at 1620LT bound for Athens. Some 41 minutes later, the radio navigator informed ATC that he was returning to Thessaloniki. Five minutes later, he announced that pilot reduced his altitude, that he was flying over the sea at a height of 30 meters and that he was encountering technical problems with the engines. A Pan message was sent few seconds later and eventually, the aircraft disappeared four minutes later and probably crashed into the South Euboean Gulf. SAR operations did not find any trace of the aircraft nor the 16 occupants.