Crash of a Learjet 25 in Houston: 2 killed 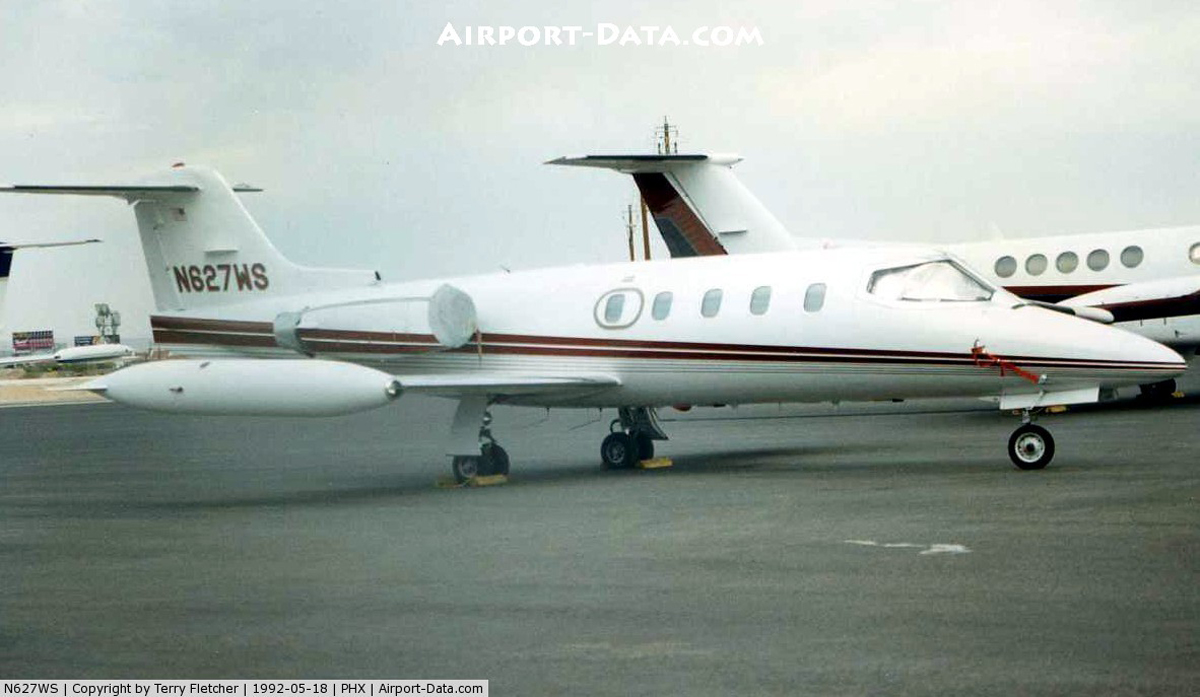 Crash of a Learjet 25 in Northolt 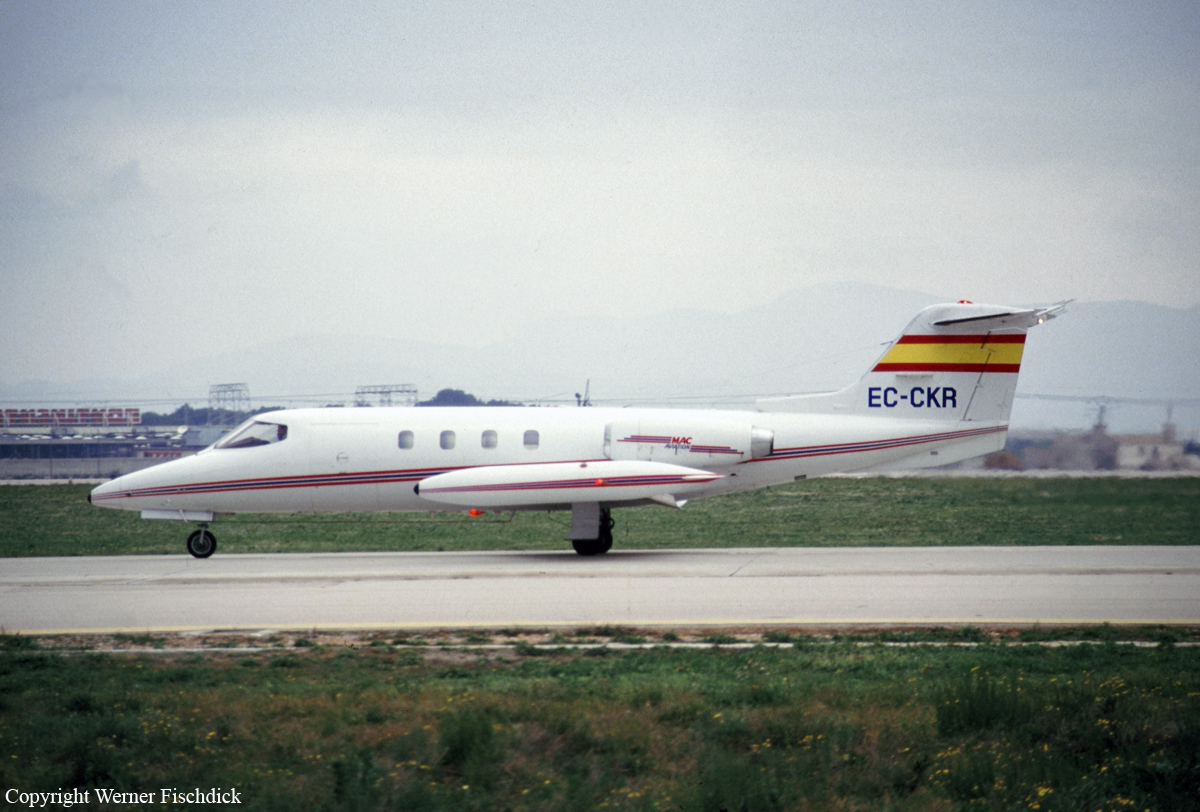 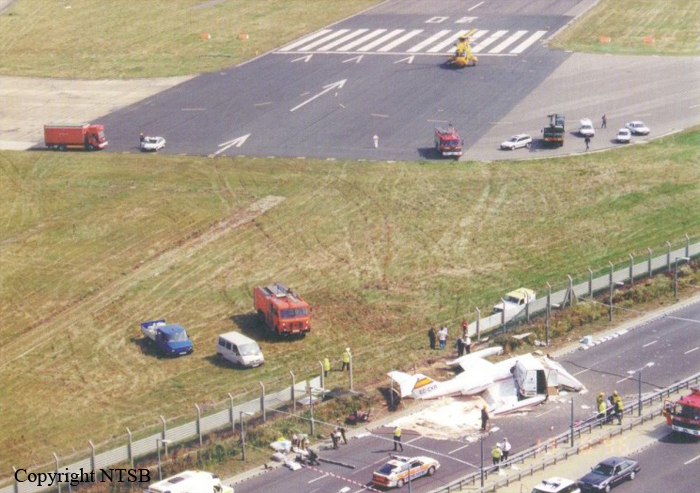 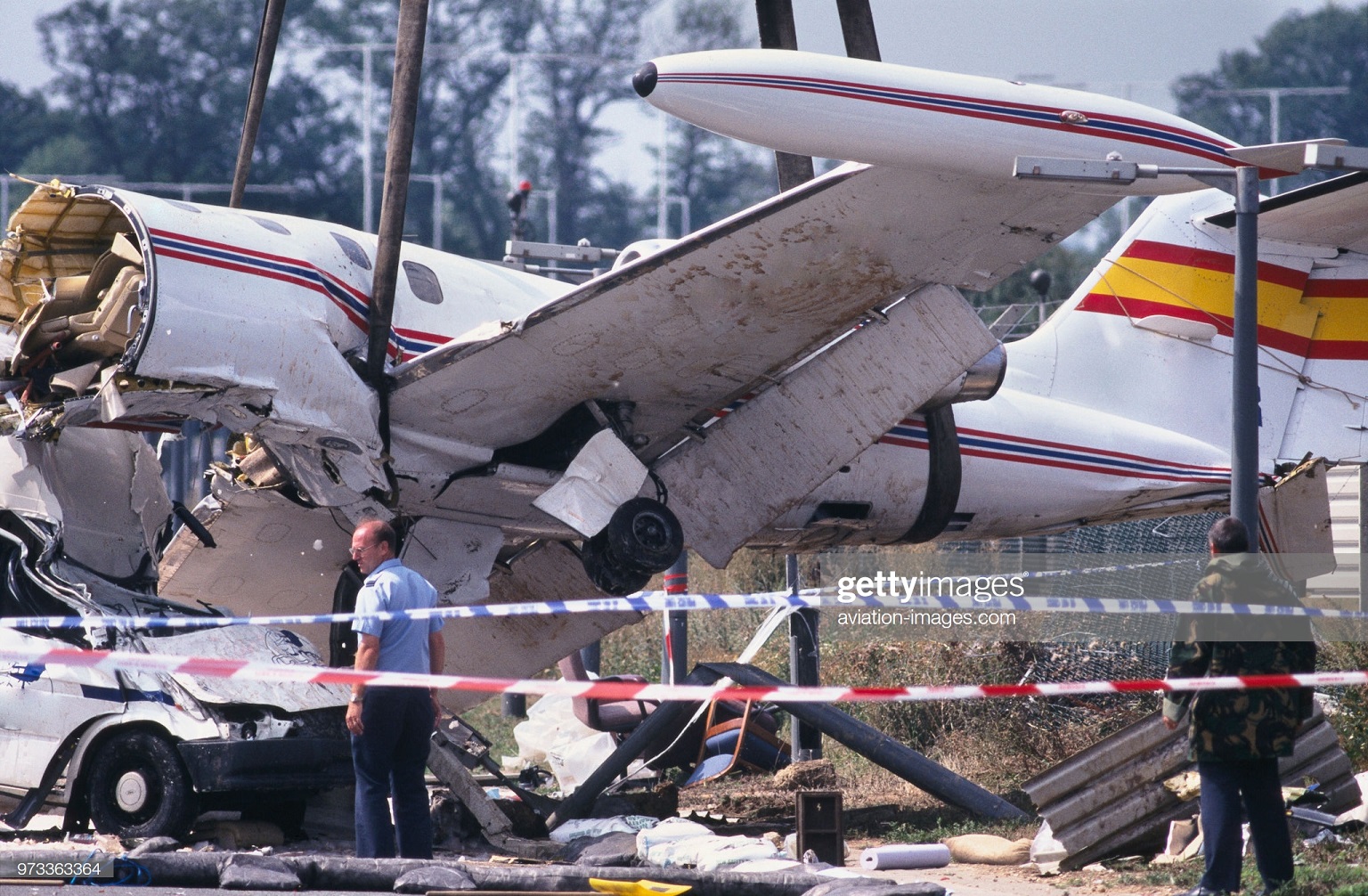 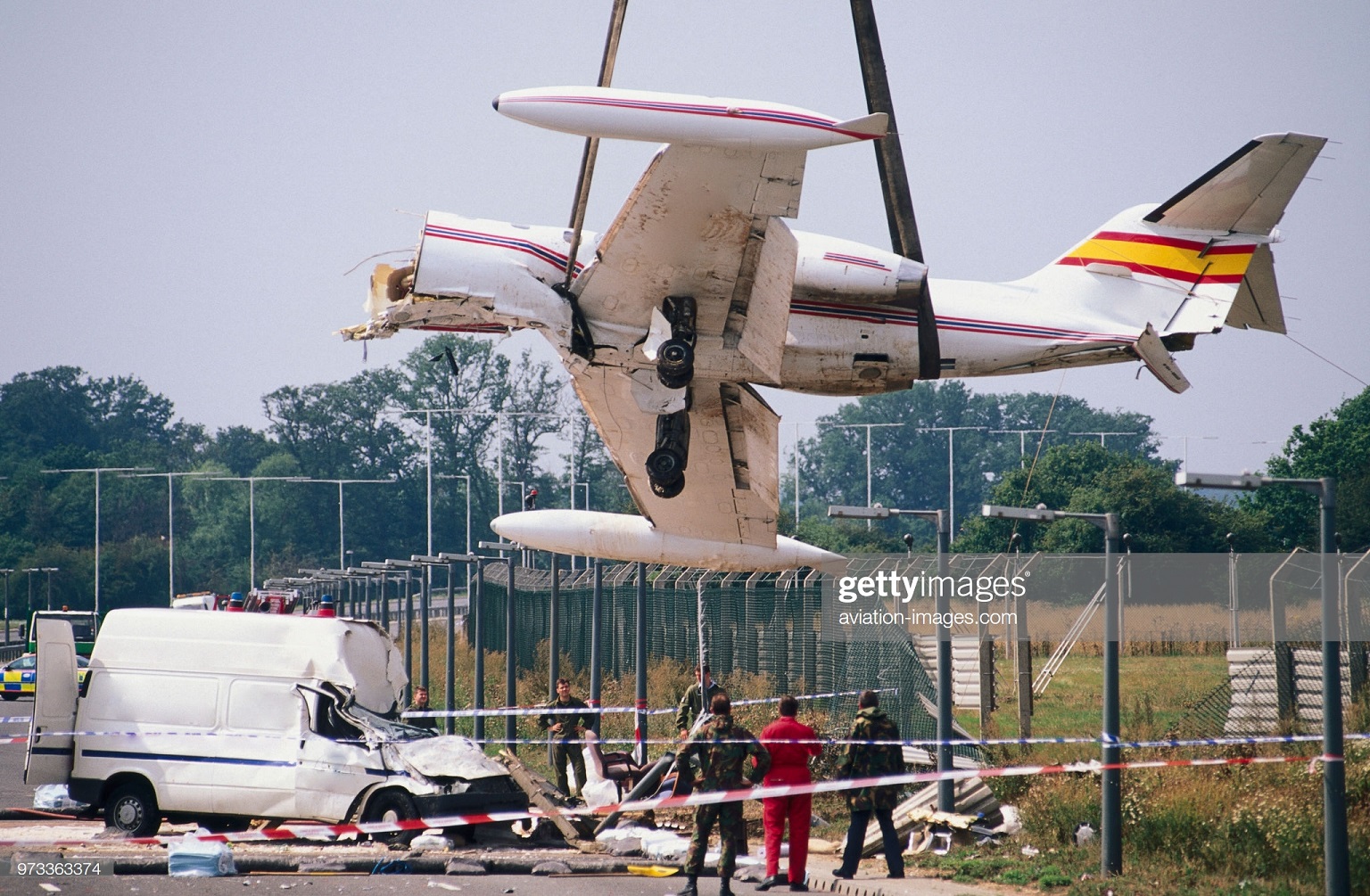 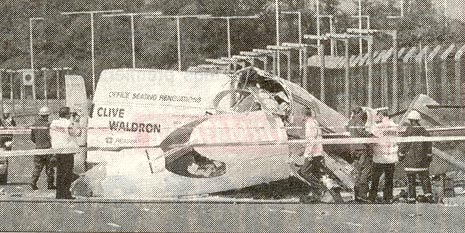 Crash of a Learjet 25 in Ribeirao Preto: 2 killed

Crash of a Learjet 25 in Sao Paulo: 9 killed

Crash of a Learjet 25 in Washington DC: 12 killed

Type of aircraft:
Learjet 25
Operator:
Cambridge Aviation
Registration:
N999BH
Flight Phase:
Flight
Flight Type:
Private
Survivors:
No
Site:
Mountains
Schedule:
Houston - Santa Fe
MSN:
25-318
YOM:
1980
Location:
Mt Rowe
New Mexico
Country:
United States of America
Region:
North America
Crew on board:
2
Crew fatalities:
Pax on board:
5
Pax fatalities:
Other fatalities:
Total fatalities:
7
Captain / Total flying hours:
17000
Captain / Total hours on type:
4000.00
Aircraft flight hours:
4973
Circumstances:
While descending to his destination the pilot in command (pic) canceled his IFR clearance and declined VFR flight following. Witnesses observed the aircraft maneuvering at low altitude in the area where the accident occurred, approximately 25 miles from the destination airport. The aircraft impacted rising terrain at 7,300 feet msl. Toxicological testing revealed that the pic and two passengers had cocaine and alcohol in tissue samples. At an unknown time the pic left the cockpit. Based on cockpit voice recorder analysis, he was called back to the cockpit approximately 11 minutes prior to the accident by the copilot. The copilot had no previous Lear experience. Toxicological test results indicated that the pic 'used cocaine in the very recent past, probably while in-flight' and concluded that he 'was impaired by multiple drug use of cocaine and alcohol.' The investigation did not reveal any structural or system failure or malfunction. All seven occupants were killed.
Probable cause:
Physical impairment of the pilot in command from alcohol and drugs. A factor was the first officer's lack of experience in the Learjet.
Final Report:

Crash of a Learjet 25D in Tijuana

Crash of a Learjet 25C near Iguape: 6 killed

Type of aircraft:
Learjet 25
Operator:
Crasa Taxi Aéreo
Registration:
PT-LHU
Flight Phase:
Flight
Flight Type:
Charter/Taxi (Non Scheduled Revenue Flight)
Survivors:
No
Site:
Plain, Valley
Schedule:
Curitiba - Rio de Janeiro
MSN:
25-099
YOM:
1972
Location:
Iguape
São Paulo
Country:
Brazil
Region:
South America
Crew on board:
2
Crew fatalities:
Pax on board:
4
Pax fatalities:
Other fatalities:
Total fatalities:
6
Captain / Total flying hours:
6520
Captain / Total hours on type:
9.00
Copilot / Total flying hours:
1950
Copilot / Total hours on type:
9
Aircraft flight hours:
5655
Circumstances:
The twin engine aircraft departed Curitiba-Afonso Pena Airport at 0850LT on an 'on demand' taxi flight to Rio de Janeiro, carrying four passengers and two pilots. Once the assigned altitude of 33,000 feet was reached, the crew failed to reduce the engine power when, 3 minutes and 10 seconds later, the stick puller activated. The aircraft climbed to 33,900 feet then entered an uncontrolled descent. With a rate of descent of 18,000 feet per minute, the aircraft crashed in a near vertical attitude in a field. All six occupants were killed.
Probable cause:
The exact cause of the accident could not be determined with certainty. However, the following findings were reported:
- a. Human Factor
(1) Undetermined Physiological Aspect
Given the characteristics of the accident, which resulted in the destruction of the bodies, making it impossible to carry out examinations, it cannot be specified whether it contributed or not. However one cannot rule out the possibility that one of the crew members has been affected by a sudden illness (2nd Hypothesis of the Analysis).
(2) Psychological Aspect - Undetermined
It may have influenced, to the extent that the commander was operating an aircraft in which he had little experience and little knowledge, and which was demonstrated by the insecurity in the operation, reported to other pilots.
b. Material Factor
(1) Design Deficiency - Undetermined
Despite the information provided by representatives of Learjet Corp. who participated in the investigations, that the compensator engine ('pitch trim') with which this aircraft was equipped, had already undergone the modifications determined by the Federal Aviation Administration (FAA), one cannot help but wonder about a possible firing and locking of the 'pitch trim' engine in the extreme position (3rd Hypothesis of the Analysis). This aspect was hampered as the destruction suffered by the aircraft made a detailed analysis of the pitch trim system impossible.
c. Operational Factor
(1) Disabled Instruction - Contributed.
The commander and the co-pilot received a less than desired instruction, in quantitative and qualitative terms. As a result, the pilots did not acquire the full technical conditions necessary for the proper operation of the aircraft. The failure to perform the standard procedure to be followed in the emergency that led to the accident, i.e. the lowering of the landing gear, attests to the poor instruction given.
(2) Deficient Application of Controls: - Contributed
The pilots did not adjust the engine power properly after leveling and, after the aircraft started to abruptly descend, as a result, the 'overspeed' occurred, they could not avoid the loss of control.
(3) Weak Cockpit Coordination - Contributed.
The pilots made inadequate use of the aircraft's resources for its operation.
(4) Forgetfulness - Contributed.
This aspect is in accordance with the previous one, since the lowering of the undercarriage is part of the standard procedure to be performed in cases of overspeed.
(5) Little Flight Experience in the Aircraft - Contributed
The captain, despite having 6,500 hours of flight time, had already intended to fly another jet plane, but had flown little on Learjet. The other pilot, in turn, had had less experience in jet flying as a co-pilot, and in the Learjet, specifically, flew less than the commander.
As a result, when they were faced with an emergency that required rapid identification in order to take the necessary measures to remedy it, they lacked the necessary experience.
(6) Deficient Supervisor - contributed.
The air taxi company, to which the pilots belonged, was in a hurry to train this new crew. This resulted in inadequate operational training for the pilots, which demonstrates poor supervision of the company. The Civil Aviation System, through the regional body that deals directly with general aviation, failed to carry out proper oversight, as it did not detect the errors in the statements of instruction, and allowed the checks of the captain and the co-pilot to be carried out without reaching the minimum amount of flight hours and landings on that aircraft.
Final Report:

Crash of a Learjet 25B in Sheboygan: 2 killed

Type of aircraft:
Learjet 25
Operator:
Jet Charter Group
Registration:
N38DJ
Flight Phase:
Takeoff (climb)
Flight Type:
Positioning
Survivors:
No
Site:
Airport (less than 10 km from airport)
Schedule:
Sheboygan - Manitowoc
MSN:
25-191
YOM:
1975
Location:
Sheboygan-County Memorial
Wisconsin
Country:
United States of America
Region:
North America
Crew on board:
2
Crew fatalities:
Pax on board:
0
Pax fatalities:
Other fatalities:
Total fatalities:
2
Captain / Total flying hours:
17012
Captain / Total hours on type:
5738.00
Aircraft flight hours:
9798
Circumstances:
The crew discussed touch-and-go landings as they walked out to board. The captain occupied the right seat to allow the copilot to fly the short repositioning flight from the left. The airplane lifted off prematurely and remained in ground effect. Roll attitude vacillated slightly before onset of a rapid right roll to inverted at ground impact. The engines continued to run after impact; both were selected to high power. No material or mechanical discrepancy was found which diminished power or aircraft control. Both occupants were killed.
Probable cause:
The copilot's premature liftoff and the captain's inadequate remedial action resulting in loss of aircraft control at low altitude.
Final Report: 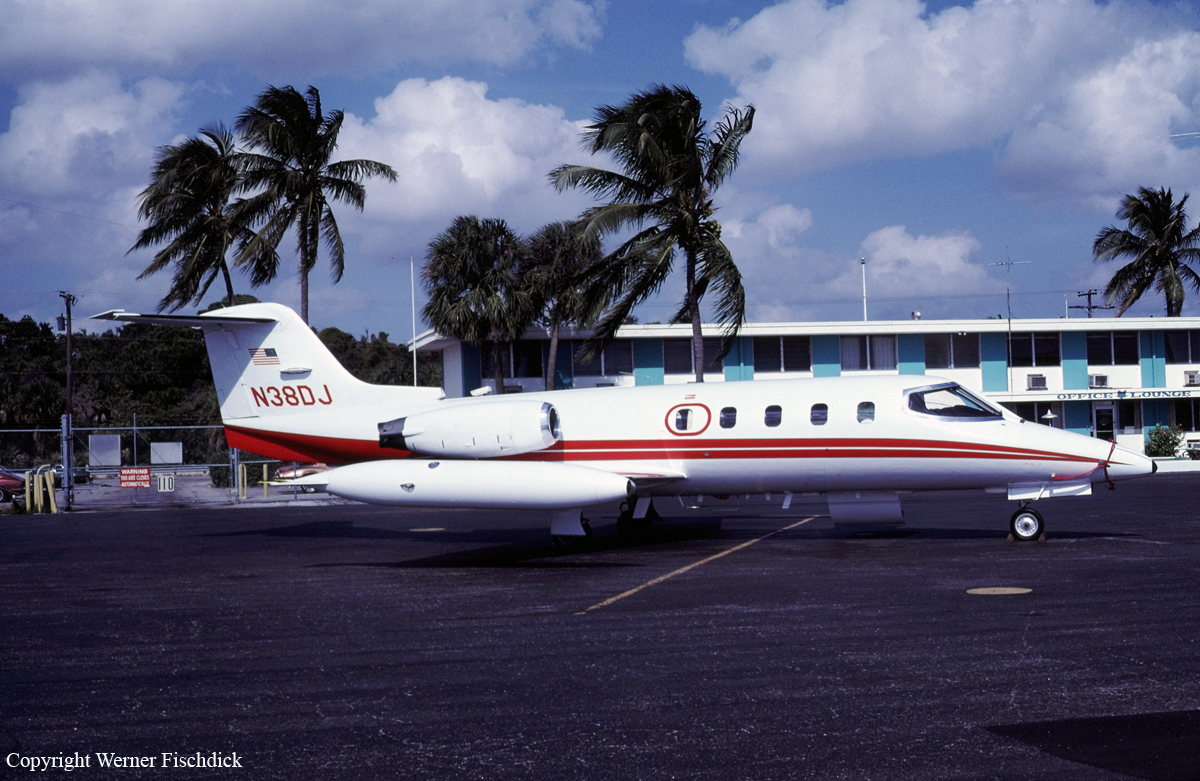 Crash of a Learjet 25B in Carlsbad

Type of aircraft:
Learjet 25
Operator:
Flight Management
Registration:
N44PA
Flight Phase:
Landing (descent or approach)
Flight Type:
Cargo
Survivors:
Yes
Site:
Airport (less than 10 km from airport)
Schedule:
Tulsa - Carlsbad
MSN:
25-144
YOM:
1974
Location:
Carlsbad-McClellan-Palomar
California
Country:
United States of America
Region:
North America
Crew on board:
3
Crew fatalities:
Pax on board:
0
Pax fatalities:
Other fatalities:
Total fatalities:
0
Captain / Total flying hours:
6180
Captain / Total hours on type:
117.00
Aircraft flight hours:
8117
Circumstances:
The pilot and copilot reported in their written statements that the airplane was above glideslope on the final approach. They said the airplane touched down about 1,500 feet from the approach end of the 4,700 feet long runway. The pilot said he applied the brakes but could not stop the airplane on the runway. The airplane departed the end of the runway and continued forward over rough and uneven terrain. The main landing gear sheared off and penetrated both wings. The airplane came to a stop in a gully. Other witnesses located on the ground and in the air traffic control tower reported the airplane was 'high and fast' and touched down at about midfield or after.
Probable cause:
The pilot not attaining the proper touchdown point because of excessive altitude and airspeed, and the pilot's failure to perform a go-around. A factor in this accident was the rough and uneven terrain which was encountered after the aircraft departed the runway.
Final Report: 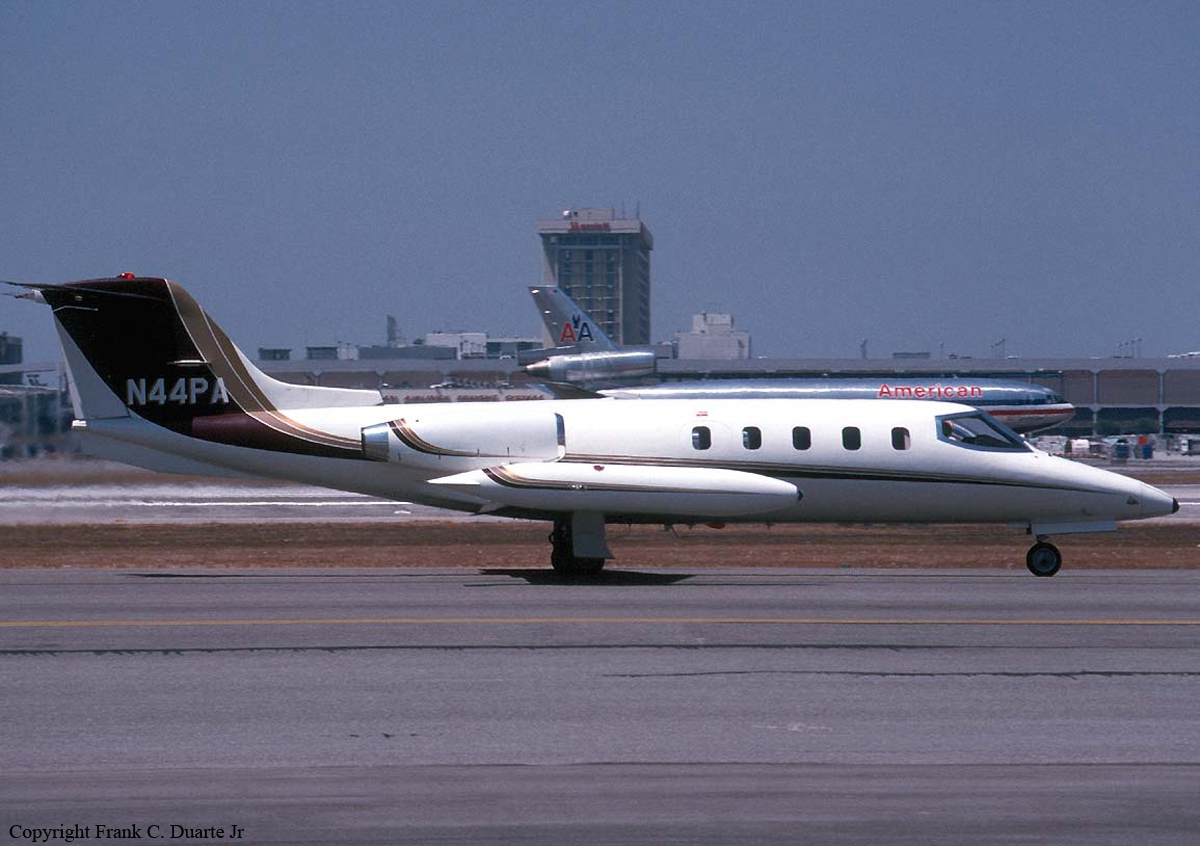