Crash of a Cessna 208B Grand Caravan in Mt Aberdare: 10 killed 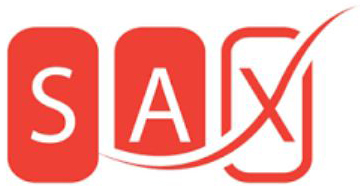 Registration:
5Y-CAC
Flight Phase:
Flight
Flight Type:
Scheduled Revenue Flight
Survivors:
No
Site:
Mountains
Schedule:
Kitale – Nairobi
MSN:
208B-0525
YOM:
1996
Flight number:
EXZ102
Location:
Mt Aberdare
Central
Country:
Kenya
Region:
Africa
Crew on board:
2
Crew fatalities:
Pax on board:
8
Pax fatalities:
Other fatalities:
Total fatalities:
10
Captain / Total flying hours:
2352
Circumstances:
The aircraft took-off from Kitale Airstrip (HKKT) at 16.05 hours and set course to Jomo Kenyatta International Airport (HKJK) after climbing to FL 110 with ten onboard. Once established, there were slight peripheral variations in groundspeed and track. The aircraft Flight Level was sustained at 110 with some occasional deviations. Aircraft height above ground level (AGL) varied between 1,102 feet and 4,187 feet. One minute before its impact with the cliff, the aircraft was at 11,100 feet or 3,000 feet AGL, 159 knots ground speed, and tracking radial 338 NV. Immediately before radar signal was lost, the elevation of the highest ground level was 12,876 feet, the aircraft altitude was 11,200 feet, the ground speed was 156 knots, and track was radial 339 NV. Information retrieved from the Radar transcript recorded various parameters of the aircraft from 1605hrs up to 1702hrs, the time radar signal was lost. This information was consistent with information extracted from the on-board equipment the ST3400 and the aera GPS. The radar system transmits information including aircraft position in relation to NV VOR, Flight Level or altitude, ground speed, vertical speed and heading. Information retrieved from the GPS captured the last recorded time, date and location as 14:00:52, on 06/05/2018 and elevation 3,555.57 metres. The aircraft impacted the bamboo-covered terrain at an elevation of 3,645 metres at 0.36’56’’S 36 42’44’’ where the wreckage was sited. The aircraft was totally destroyed by impact forces and all 10 occupants were killed.
Probable cause:
The flight crew's inadequate flight planning and the decision to fly instrument flight rules (IFR) at an altitude below the published Minimum Sector Altitude in the Standard Instrument Arrival Chart under instrument meteorological conditions (IMC), and their failure to perform an immediate escape maneuver following TAWS alert, which resulted in controlled flight into terrain (CFIT).
Contributing Factors:
1. Contributing to the accident were the operator's inadequate crew resource management (CRM) training, inadequate procedures for operational control and flight release.
2. Also contributing to the accident was the Kenya Civil Aviation Authority's failure to hold the operator accountable for correcting known operational deficiencies and ensuring compliance with its operational control procedures.
3. There was no requirement for crew to be trained in CFIT avoidance ground training tailored to the company’s operations that need to address current CFIT-avoidance technologies.
4. Use of non-documented procedure and Clearance by the ATC to fly below the published minimum sector altitude.
5. Lack of situational awareness by the radar safety controller while monitoring flights within the radar service section.
Final Report: 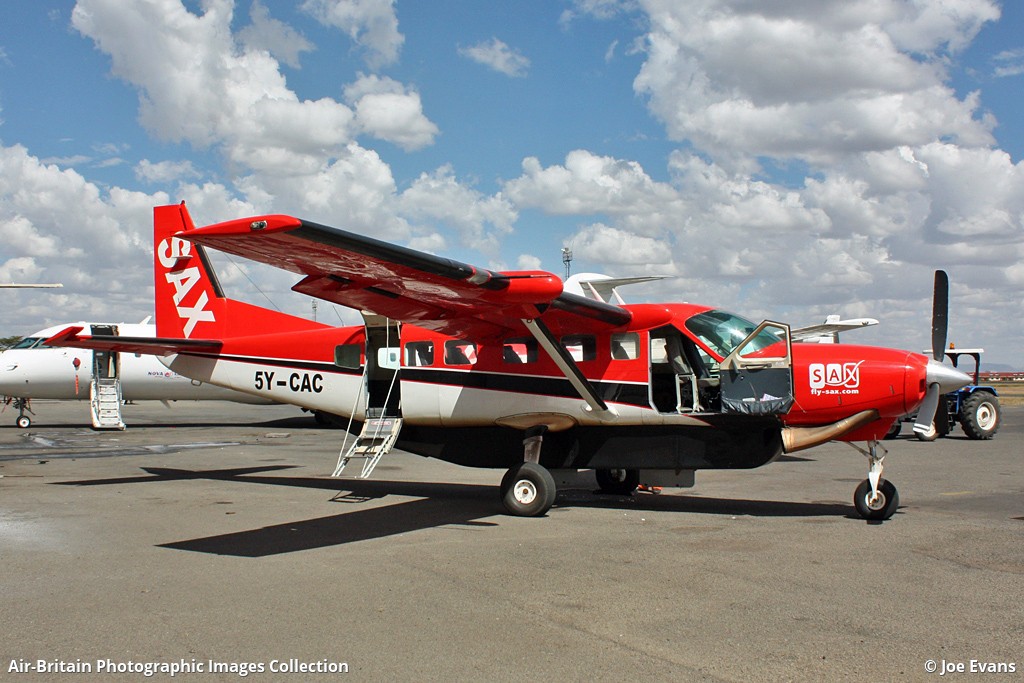 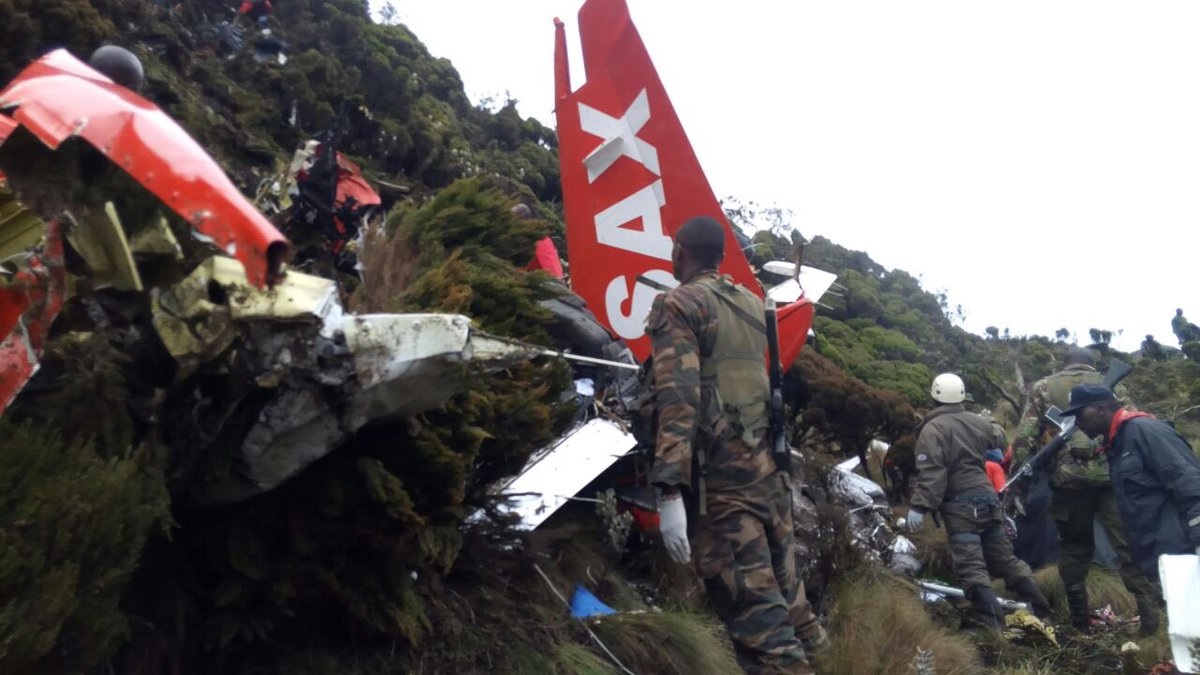 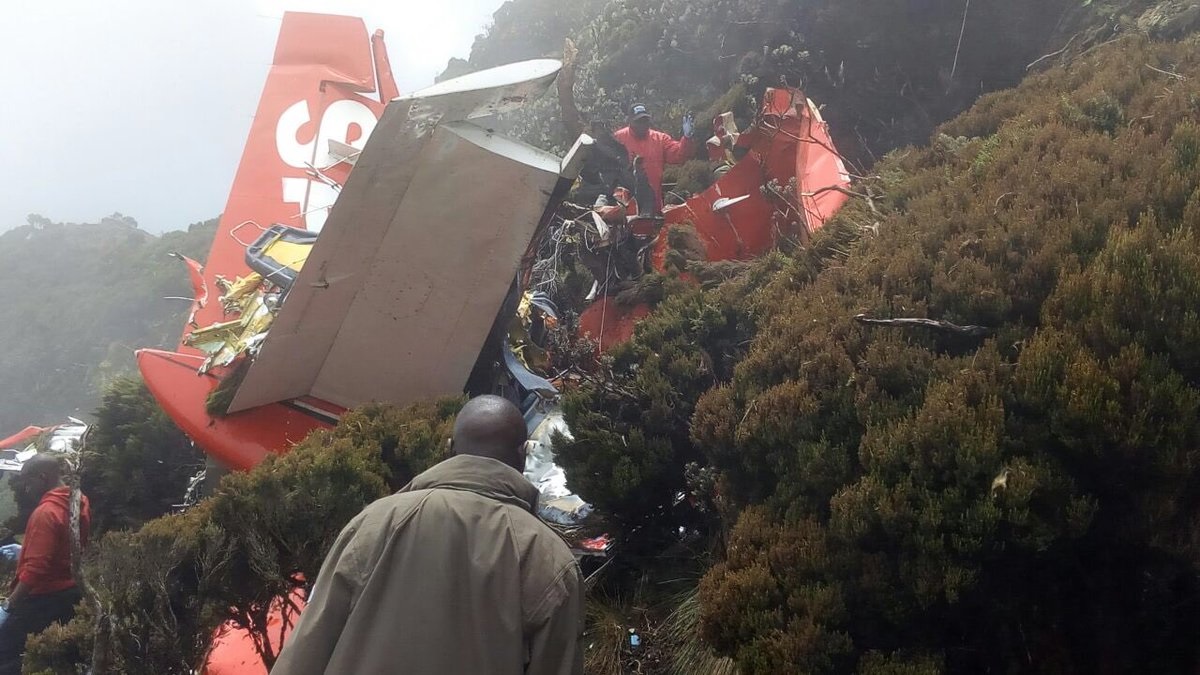 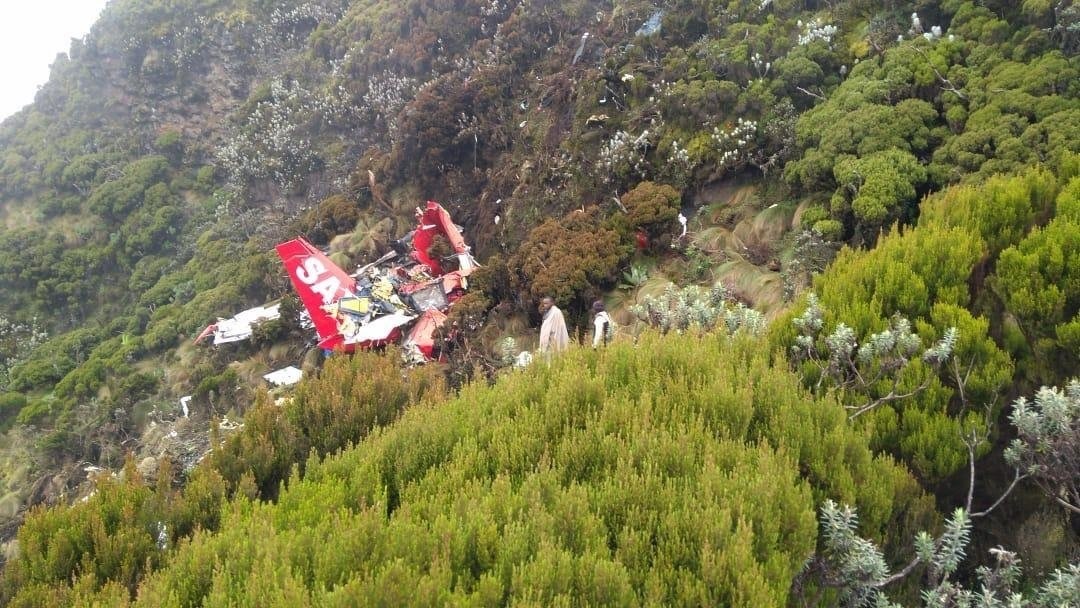 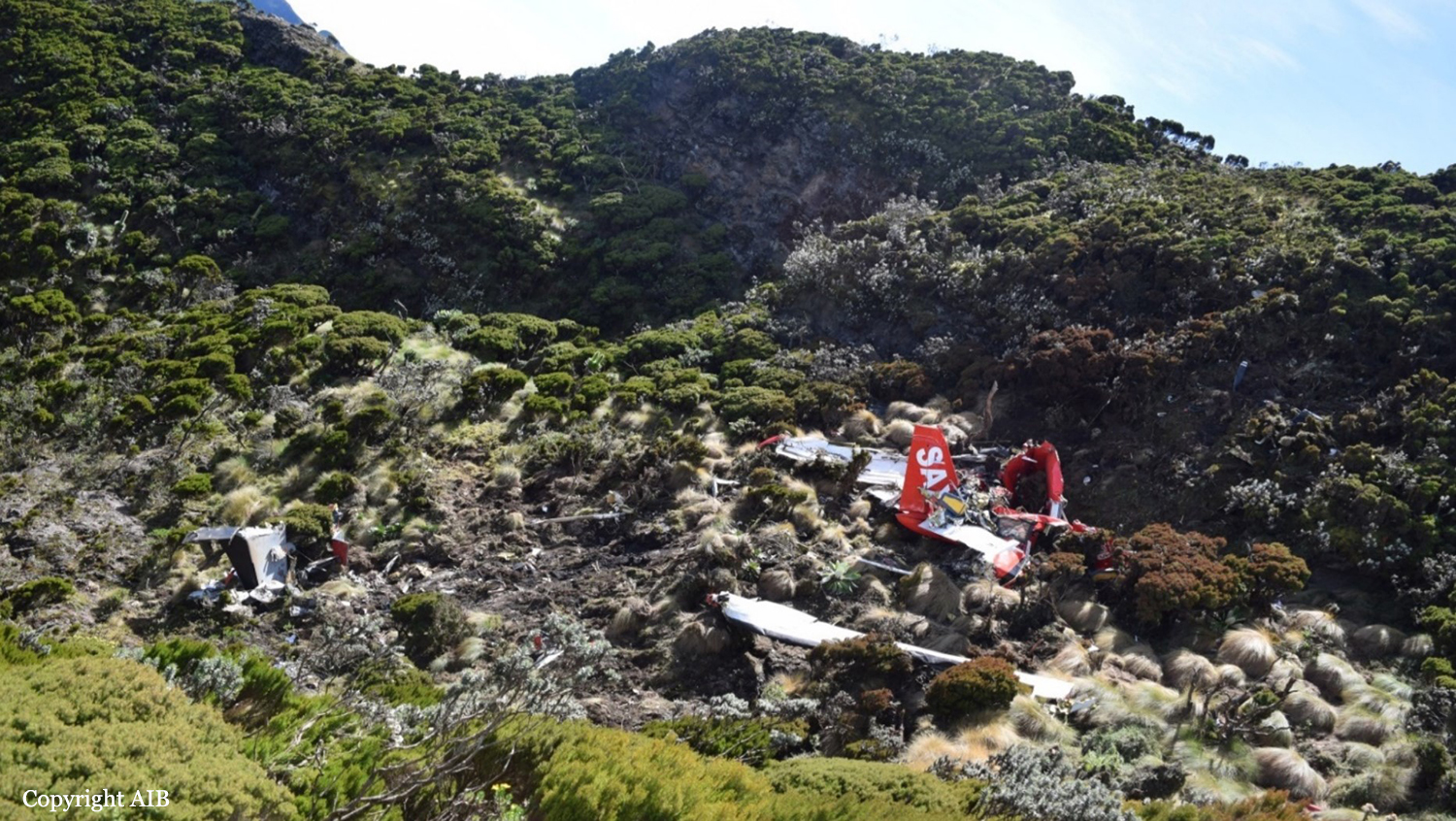 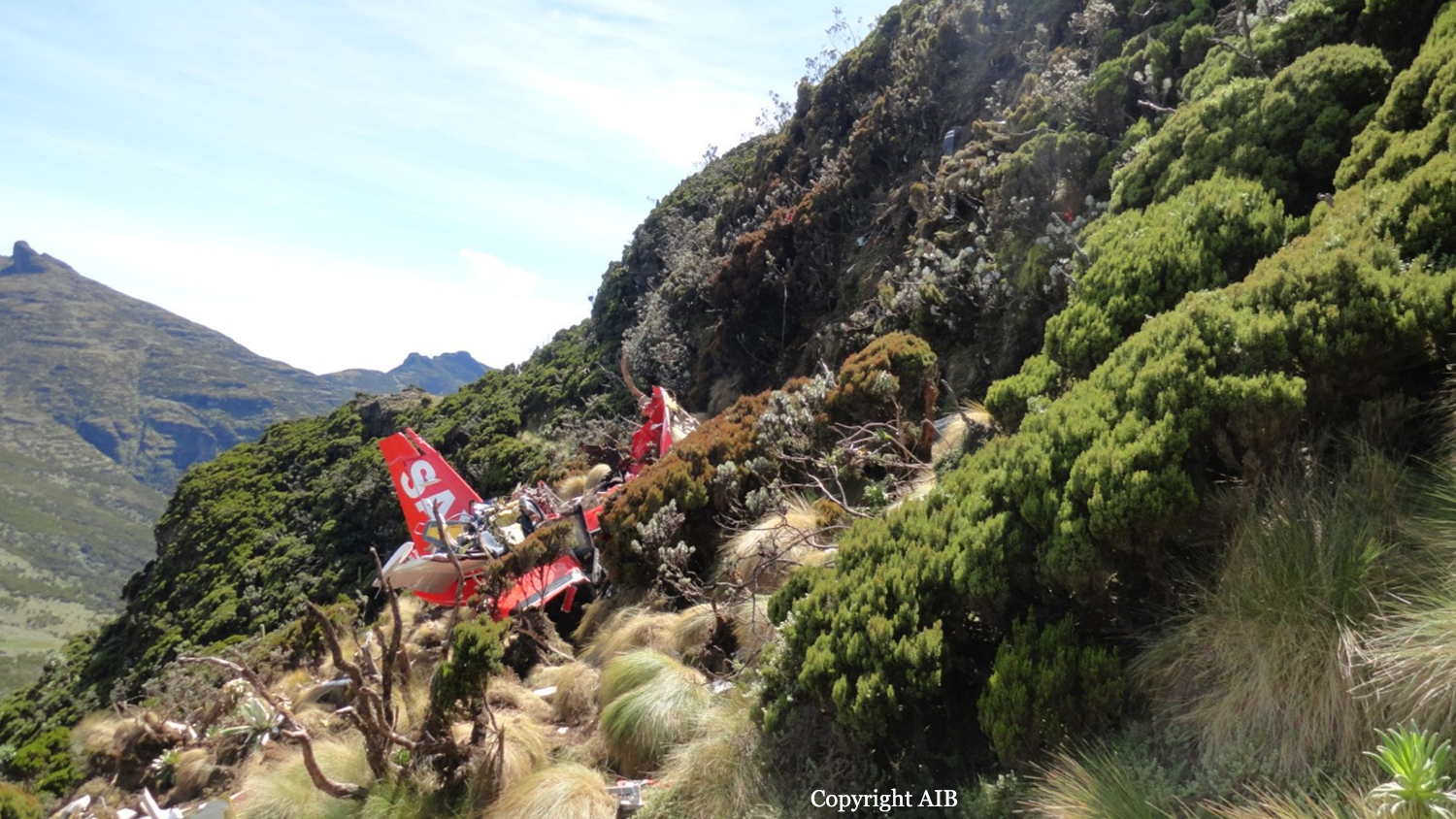 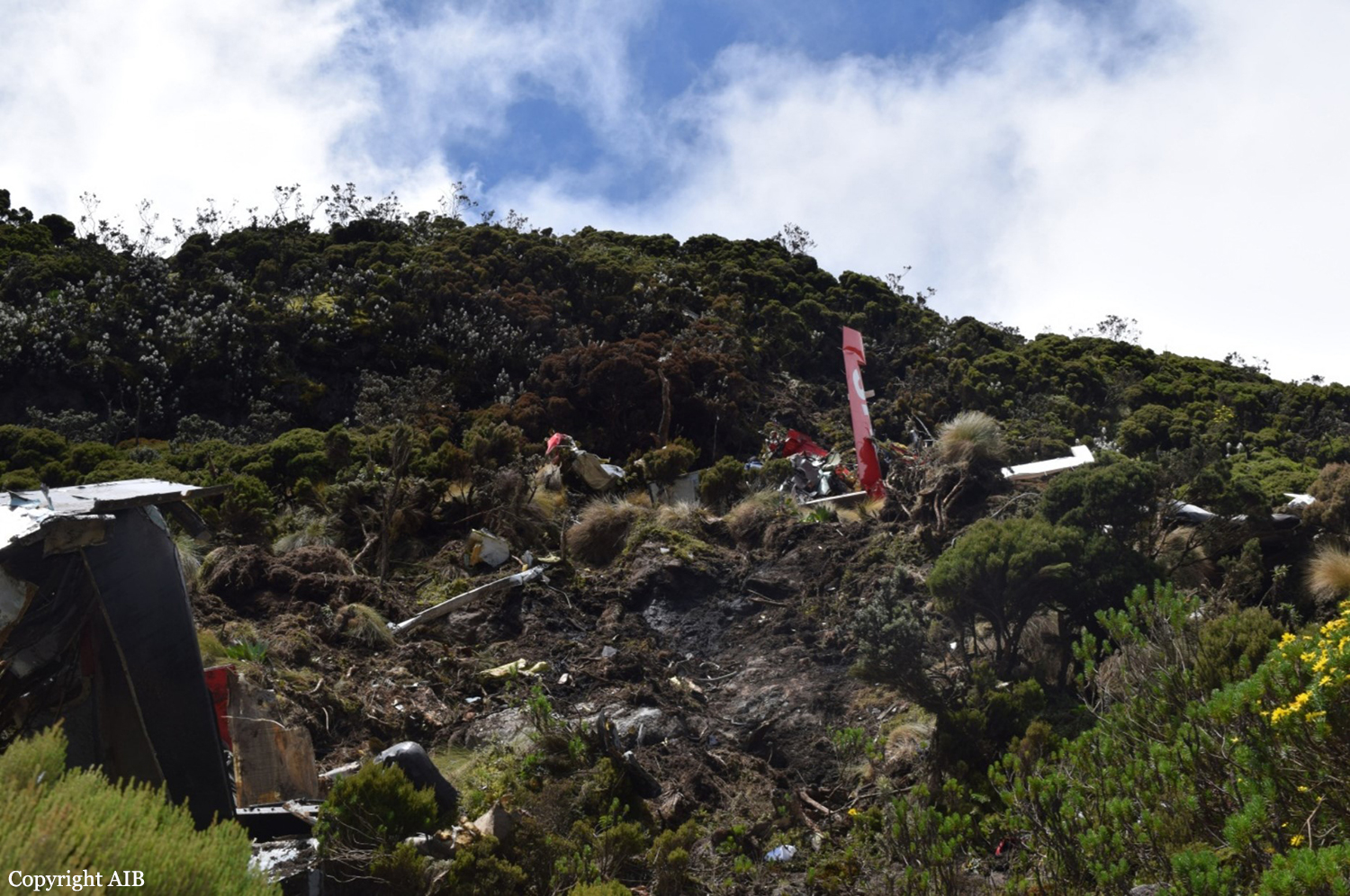 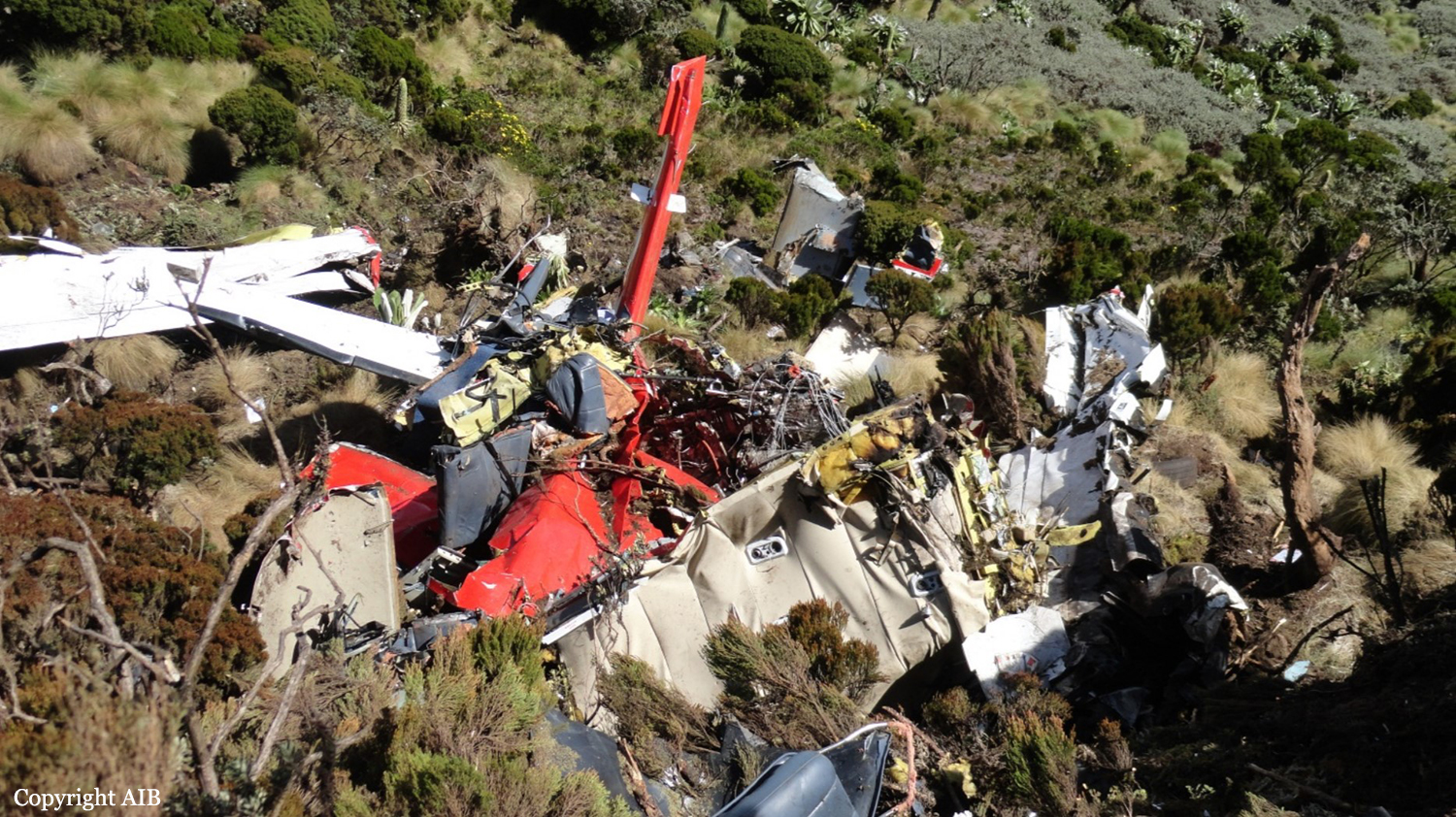 Type of aircraft:
Swearingen SA226 Metro II
Operator:
Ryan Blake Air Charter
Registration:
ZS-OYI
Flight Phase:
Flight
Flight Type:
Charter/Taxi (Non Scheduled Revenue Flight)
Survivors:
No
Site:
Mountains
Schedule:
Nairobi – Samburu
MSN:
TC-349
YOM:
1980
Location:
Mt Kenya
Central
Country:
Kenya
Region:
Africa
Crew on board:
2
Crew fatalities:
Pax on board:
12
Pax fatalities:
Other fatalities:
Total fatalities:
14
Circumstances:
The twin engine aircraft departed Nairobi-Wilson Airport at 1558LT on a charter flight to Samburu, carrying 12 passengers (all US citizens) and two pilots. En route, the crew decided to make a tour over the Mt Kenya before continuing to Samburu. While cruising at an altitude of 16,500 feet in clouds, the aircraft struck the eastern slope of Mt Point Lenana (third highest peak of Mt Kenya). The wreckage was found 450 feet below the summit and all 14 occupants were killed.
Probable cause:
Controlled flight into terrain after the crew failed to maintain horizontal and vertical situational awareness of the aircraft’s proximity to the surrounding terrain.
The following contributing factors were identified:
- Unfamiliarity with the airspace and the route in particular and the existence of high ground on the planned flight route,
- Inadequate flight planning by the pilots and distraction of their attention when they were instructed to contact Nanyuki,
- Poor pilot briefing by the Wilson ATC briefing office,
- Poor communication between the air traffic control units,
- Failure of the radar controller to advise the pilot of termination of radar service,
- Lack of a radar system minimum safe altitude warning to the radar controller,
- Poor civil military coordination during transit through the military airspace. 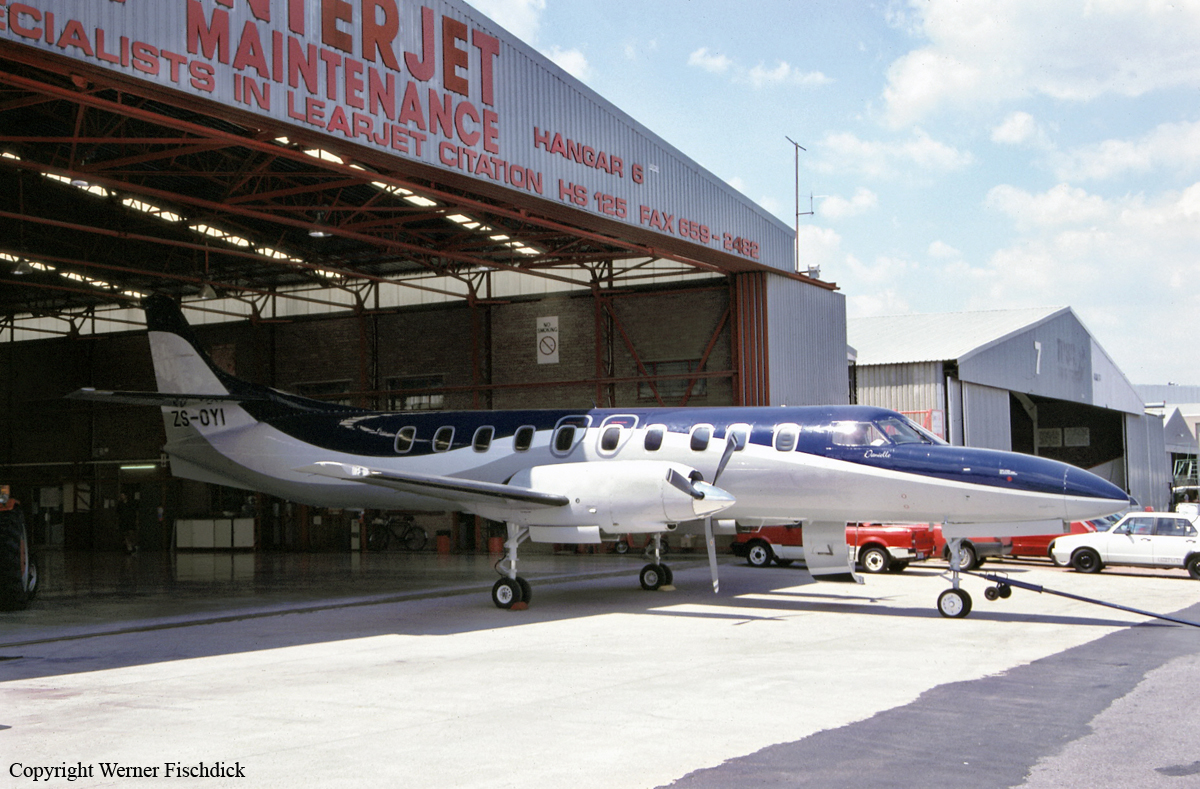 Crash of a De Havilland DHC-5 Buffalo near Mugumo

Crash of a Partenavia P.68 on Mt Aberdare: 6 killed

Type of aircraft:
Britten-Norman Trislander
Operator:
Amphibians Air Charters
Registration:
5Y-CMC
Flight Phase:
Flight
Flight Type:
Charter/Taxi (Non Scheduled Revenue Flight)
Survivors:
Yes
Site:
Mountains
Schedule:
Samburu – Nairobi
MSN:
1032
YOM:
1976
Location:
Nyeri
Central
Country:
Kenya
Region:
Africa
Crew on board:
1
Crew fatalities:
Pax on board:
10
Pax fatalities:
Other fatalities:
Total fatalities:
5
Captain / Total flying hours:
3430
Circumstances:
The aircraft was making a charter flight in visual meteorological conditions (VMC from blombasa, Malindi, Amboseli, Wilson, Meru Mulika, Samburu, Wilson, Governor's Camp, Kilaguni and then back to Mombasa). The aircraft left Mombasa on 23 July, 1978, at 0400 hours with 6 passengers on board and 180 US gallons of usable fuel. On arrival at Malindi four more passengers came on board. The aircraft departed from Malindi at 0445 hours on the same day, taking 1 hour 15 minutes to Amboseli for a short stopover. The flight departed from Amboseli at 0830 hours for Wilson Airport for more fuel; the fuel uplift was 351 litres. The flight left Nairobi Wilson with the same party, i.e. ten passengers and the same pilot and a total of 160 US gallons of fuel. The flight time to Meru Mulika was 50 minutes. On arrival at Meru Mulika at 1040 hours, they decided to night stop. On 24 July, 1978, the party departed from Meru Mulika at 0500 hours arriving at Samburu at 0525 hours. At 0830 hours the flight departed from Samburu for Nairobi Wilson (a flight of 50 minutes). Since departure from Mombasa on 23 July until departure from Samburu on 24 July, 1978, the flight was conducted in VMC weather and was an uneventful flight. Upon departure from Samburu, in clear weather, the pilot climbed to 8 500 feet on a standard setting of 1 013 mb. The pilot contacted Nanyuki Airforce base and asked for a clearance to cross Nanyuki zone and was asked to report time inbound, then abeam and then Naro Moru outbound. The pilot had flown this route several times before in the past in different types of aeroplanes and quite often had to make diversion including continuing by instrument flight rules (IFR) to Nairobi. The flight passed abeam Nanyuki at approximately 0855 hours. The pilot states that at this time, i.e. abeam Nanyuki, they could not see the top of Mt. Kenya but could see the lower slopes, Mt. Kenya Safari Club and Nanyuki and that visibility was more than 15 NM. The pilot further states that further along their flight p a t h , t h e r e was a heavy build up of stratus clouds with scattered cumulonimbus sprouting out of the top The clouds seemed to extend from 2 000 feet up to 11 000 feet and more. The pilot called Nanyuki Airforce tower when abeam Naro Moru and was told to continue with East Air Centre. The flight left Naro Moru and the main road to Nanyuki was on the right. The pilot states that at the prevailing temperature of 14OC (outside air temperature) the density altitude was 10 000 feet. Considering the performance of the aircraft (which has a service ceiling of 10 000 feet) the pilot decided to fly below the clouds and continue VFR. Therefore he started to descend from 8 500 feet. He then realized that the weather was deteriorating very rapidly and within the next minute or two the visibility had been reduced to a few yards. The pilot states he realized his proximity to the ground and at the same time realized the chances of turning back were not good, since he would have had to make a steep turn which would result in losing more height. He decided to climb, in almost zero visibility, to a safe height and so applied full power and initiated a climb. At this stage, he saw a glimpse of trees approaching on the flight path. So he increased the angle of attack for a more rapid ascent but to no avail. He felt the undercarriage hitting trees and the whole aircraft crashing through the trees. The aircraft had normal R/T with East Air Centre and Nanyuki Airforce control but during the accident, the pilot had no time to radio either East Air Centre or Nanyuki Tower of this predicament. The airplane was totally destroyed by impact forces, five passengers were killed and six other occupants were injured.
Probable cause:
The probable cause of this accident was that the pilot flew VFR in IMC weather at a very low altitude, thereby flying blindly into a hill. Although the pilot was fully qualified he made a misjudgement of the weather therefore making a wrong decision to descend from a safe altitude and broke the VFR flight rules.
Final Report:

Crash of a Douglas DC-7CF on Mt Kenya: 4 killed

Crash of a De Havilland DH.60G Moth in Nyeri