Registration:
P2-MCB
Flight Phase:
Landing (descent or approach)
Flight Type:
Charter/Taxi (Non Scheduled Revenue Flight)
Survivors:
No
Site:
Airport (less than 10 km from airport)
Schedule:
Port Moresby - Kokoda
MSN:
441
YOM:
1975
Flight number:
CG4684
Location:
Kokoda
Central
Country:
Papua New Guinea
Region:
Oceania
Crew on board:
2
Crew fatalities:
Pax on board:
11
Pax fatalities:
Other fatalities:
Total fatalities:
13
Captain / Total flying hours:
2270
Captain / Total hours on type:
1970.00
Copilot / Total flying hours:
2150
Copilot / Total hours on type:
1940
Aircraft flight hours:
46700
Circumstances:
On 11 August 2009, a de Havilland Canada DHC-6 Twin Otter aircraft, registered P2-MCB, with two pilots and 11 passengers, was being operated on a scheduled regular public transport service from Port Moresby to Kokoda Airstrip, Papua New Guinea (PNG). At about 1113, the aircraft impacted terrain on the eastern slope of the Kokoda Gap at about 5,780 ft above mean sea level in heavily-timbered jungle about 11 km south-east of Kokoda Airstrip. The aircraft was destroyed by impact forces. There were no survivors. Prior to the accident the crew were manoeuvring the aircraft within the Kokoda Gap, probably in an attempt to maintain visual flight in reported cloudy conditions. The investigation concluded that the accident was probably the result of controlled flight into terrain: that is, an otherwise airworthy aircraft was unintentionally flown into terrain, with little or no awareness by the crew of the impending collision.

Probable cause:
• Visual flight in the Kokoda Gap was made difficult by the extensive cloud coverage in the area.
• The crew attempted to continue the descent visually within the Kokoda Gap despite the weather conditions not being conducive to visual flight.
• It was probable that while manoeuvring at low level near the junction of the Kokoda Gap and Kokoda Valley, the aircraft entered instrument meteorological conditions.
• The aircraft collided with terrain in controlled flight.
Final Report: 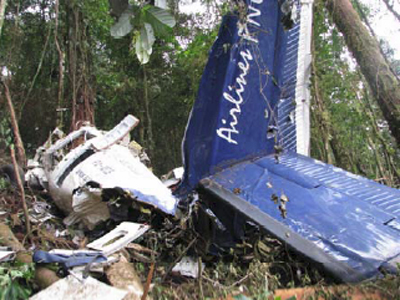 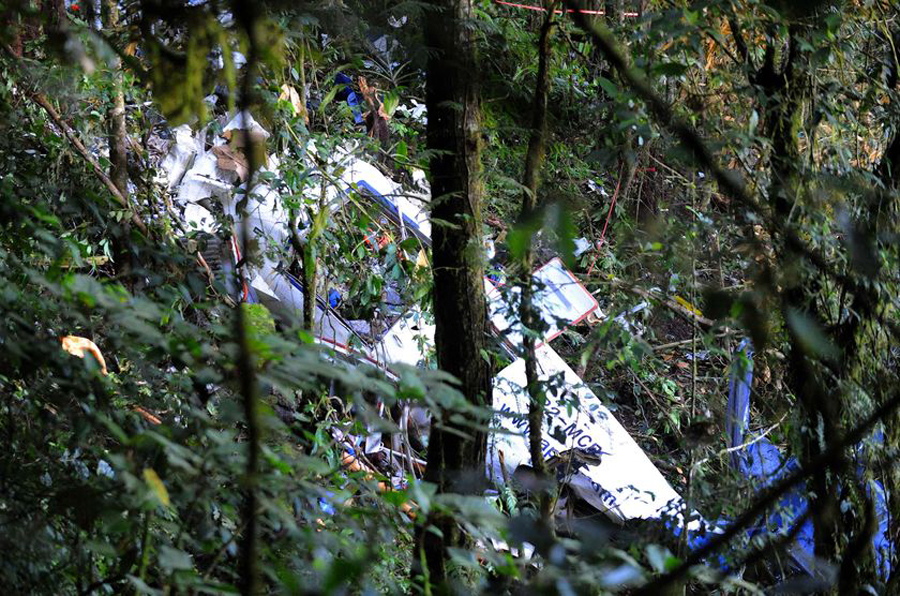 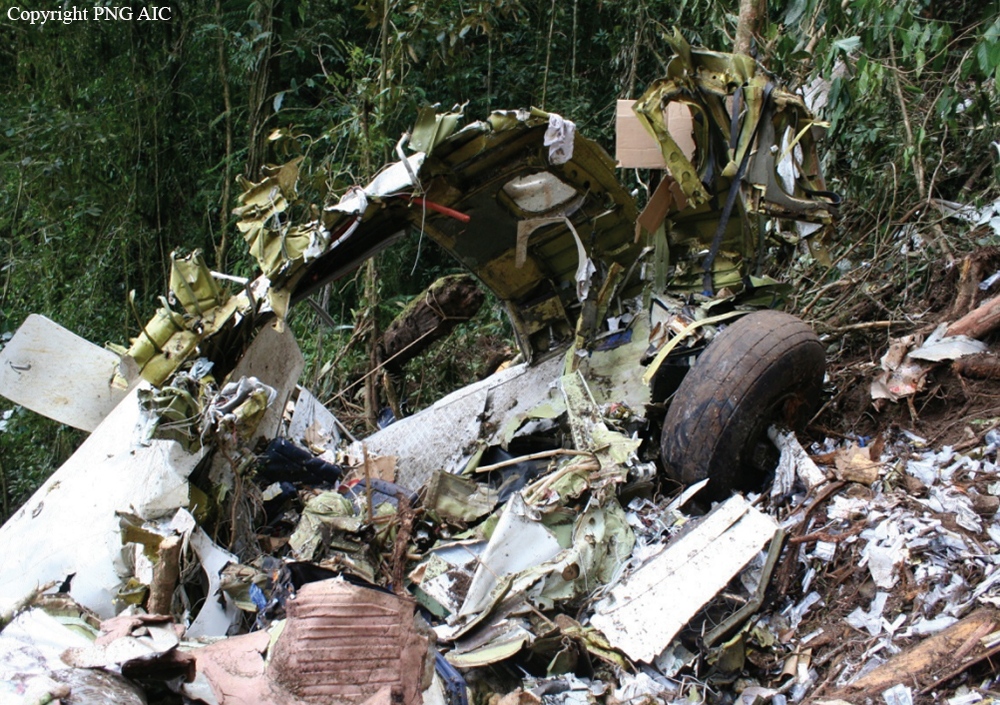 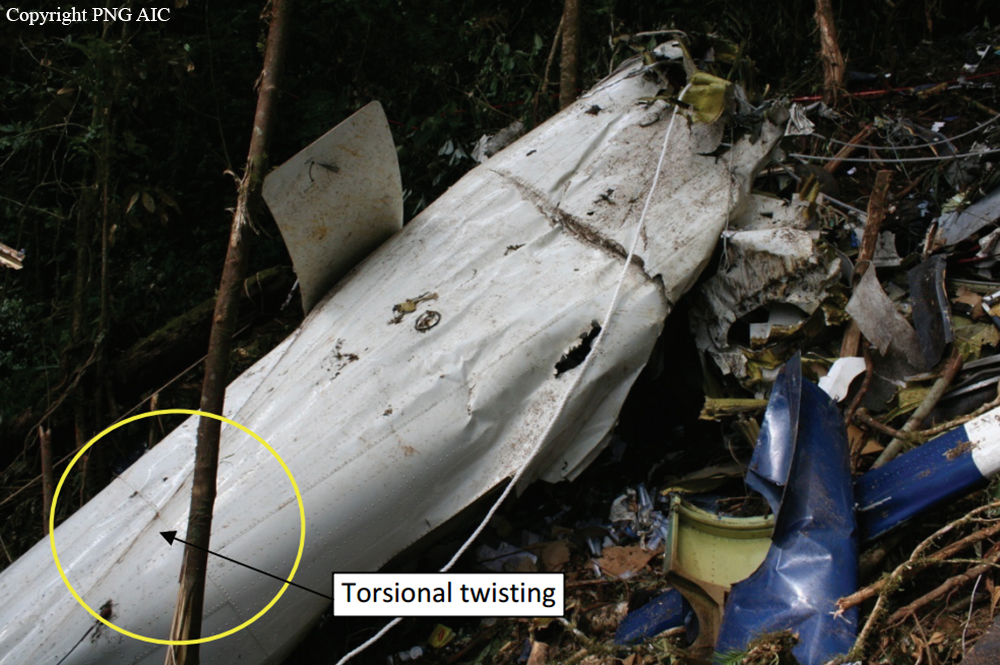 Crash of an Ilyushin II-76 in Entebbe: 11 killed 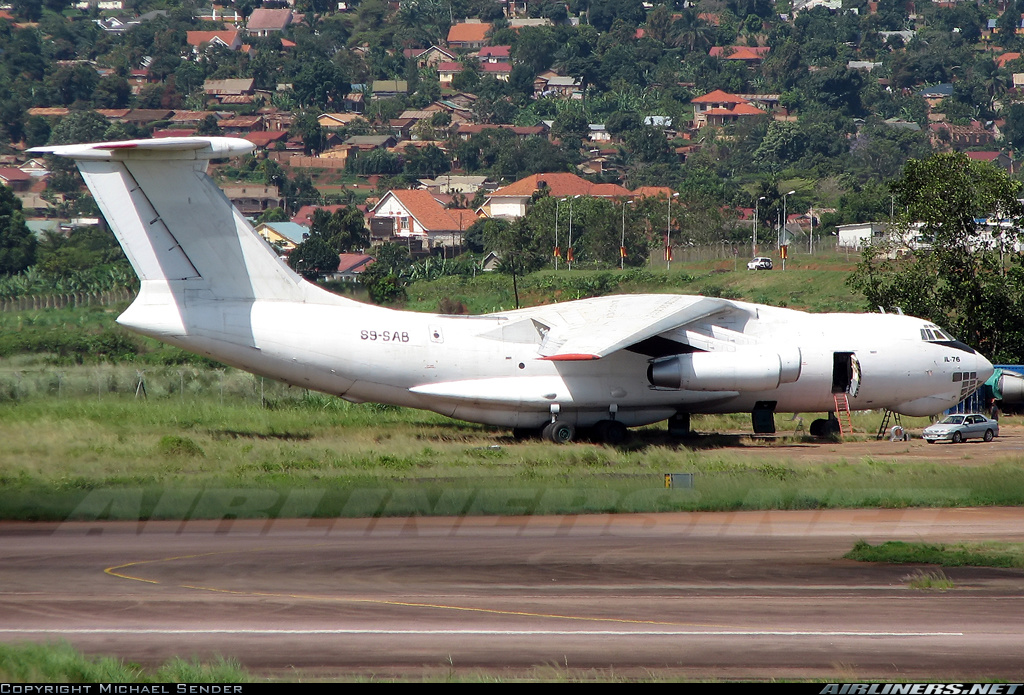 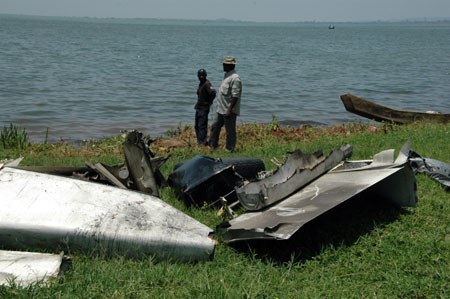 Crash of a Cessna 406 Caravan in Entebbe: 2 killed 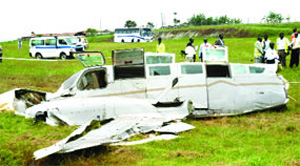 Crash of a Boeing 707 in Entebbe 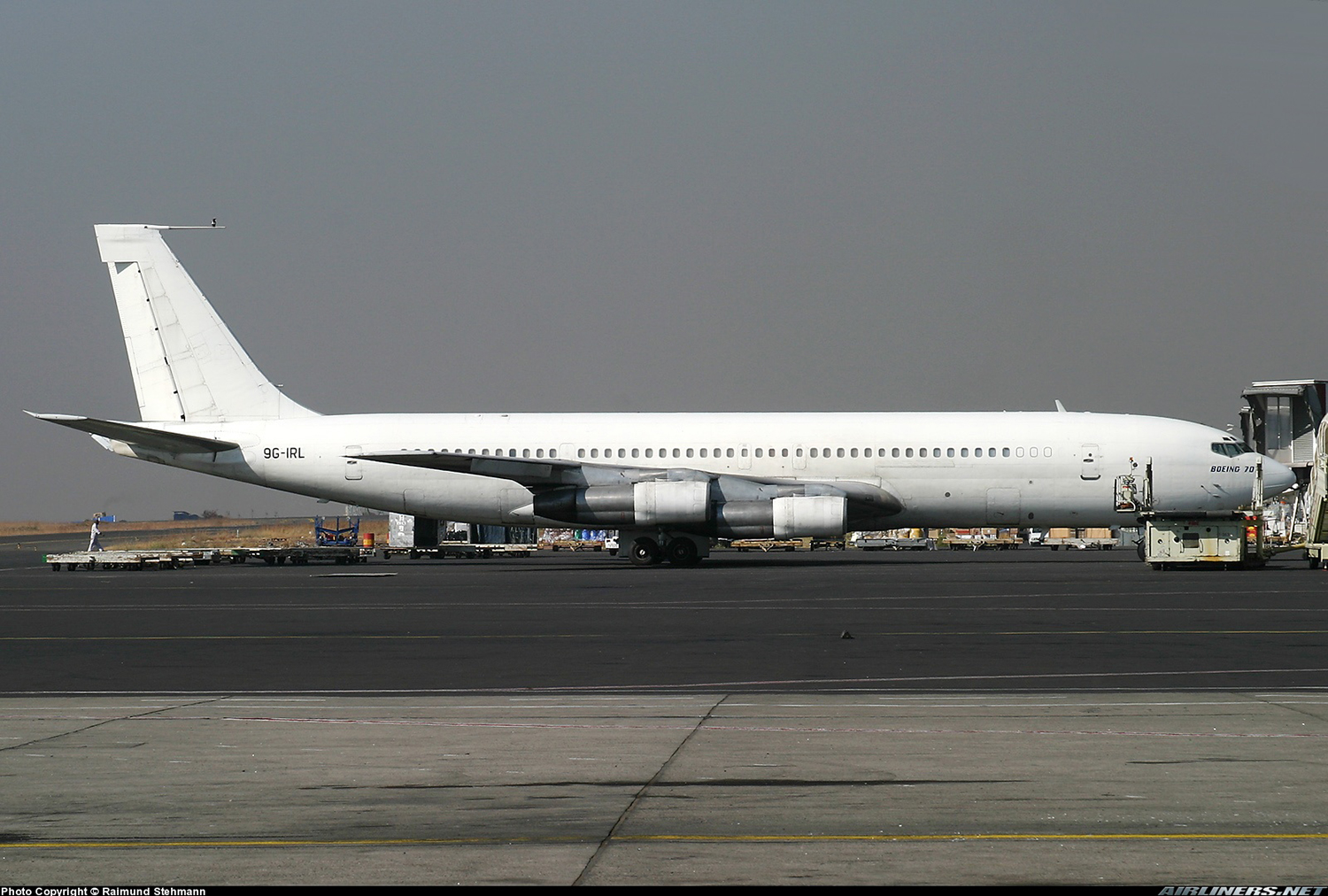 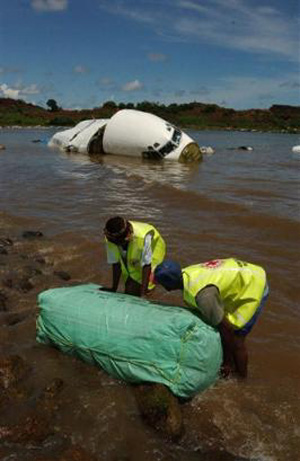 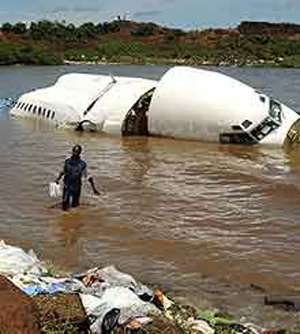 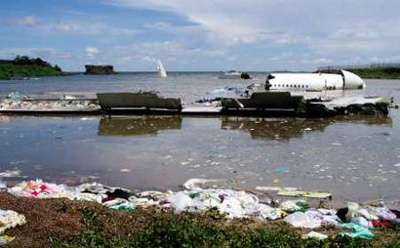 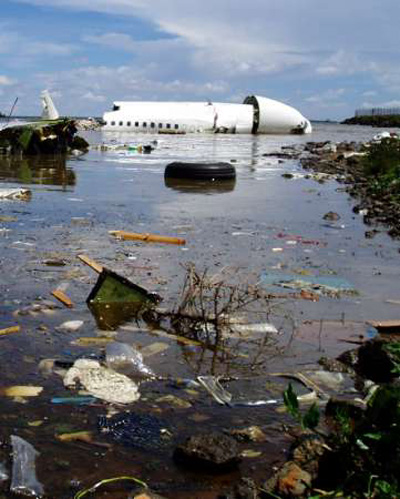 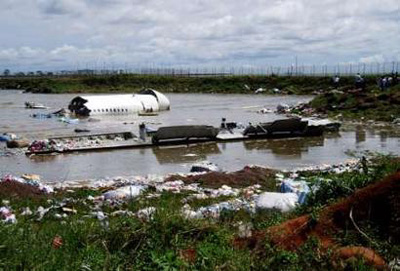 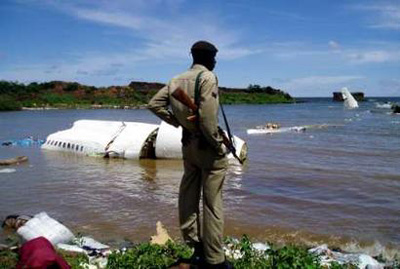 Crash of an Antonov AN-12 in Entebbe: 6 killed

Type of aircraft:
Antonov AN-12
Operator:
Services Air
Registration:
9Q-CIH
Flight Phase:
Landing (descent or approach)
Flight Type:
Cargo
Survivors:
No
Site:
Airport (less than 10 km from airport)
Schedule:
Entebbe-Kinshasa
Location:
Entebbe
Central
Country:
Uganda
Region:
Africa
Crew on board:
6
Crew fatalities:
Pax fatalities:
Other fatalities:
Total fatalities:
6
Circumstances:
The aircraft was carrying 2 vehicles, t-shirts and 10 tons of beans from Entebbe (Uganda) to Kinshasa, DRC. Five minutes after takeoff, the crew informed ATC that one of the four engines was on fire. Pilots decided to return to Entebbe but the aircraft crashed in a wooded area near the village of Bukalaza, 11 km short of runway. Nobody survived. 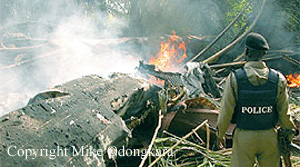 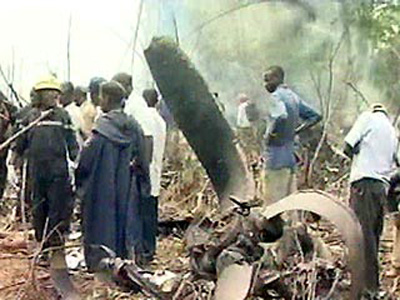 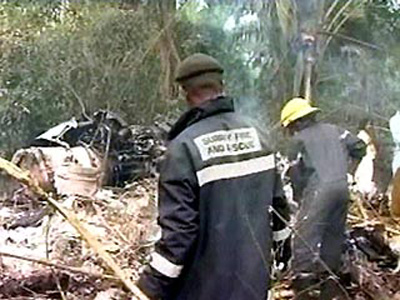 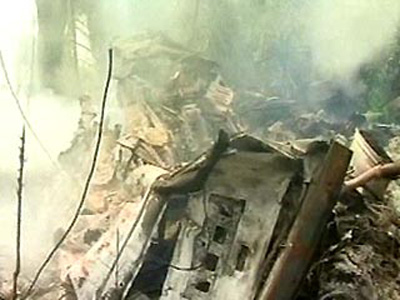 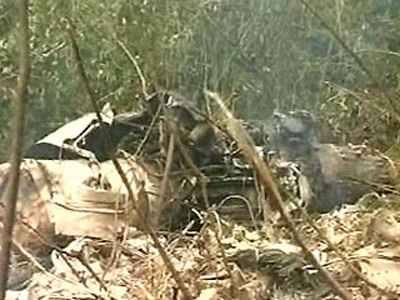 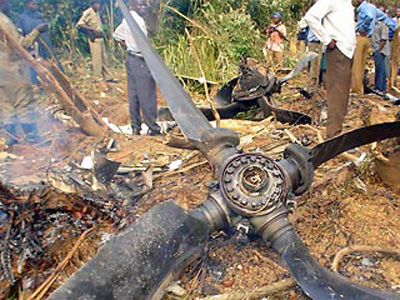 Crash of a Douglas DC-10 in Entebbe 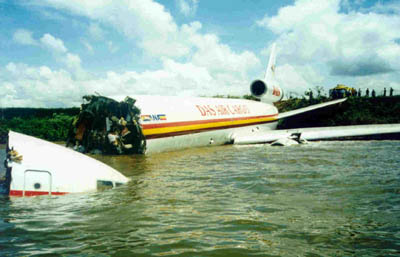 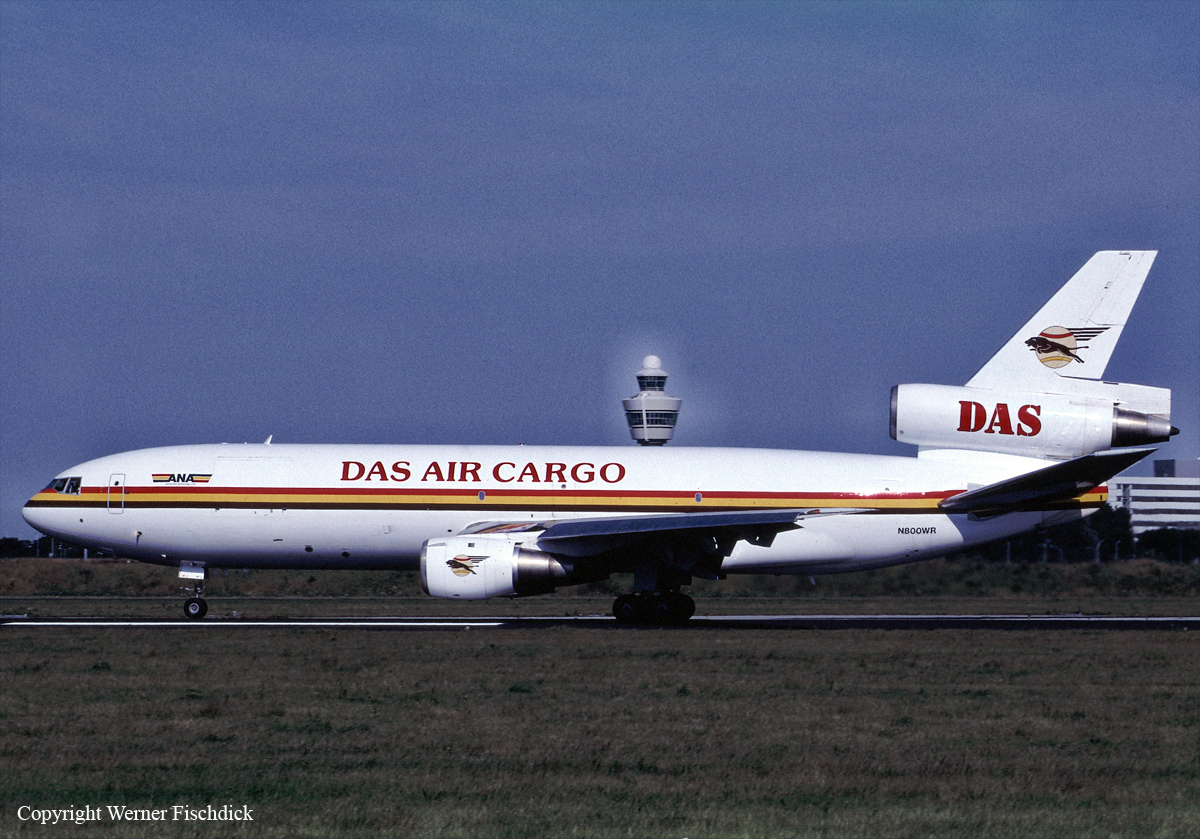 Crash of a Douglas DC-3 in Entebbe 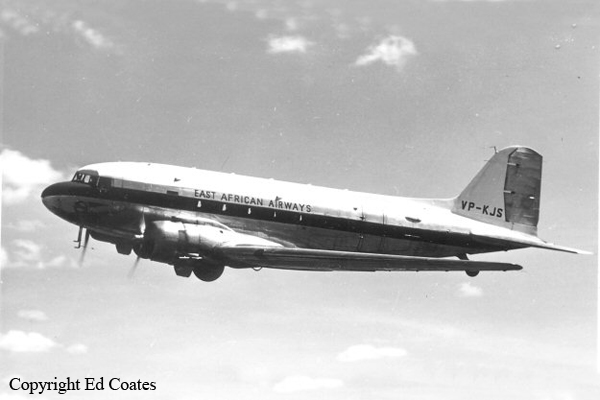 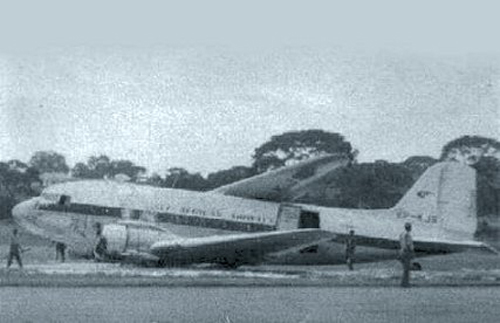 Registration:
SX984
Flight Phase:
Flight
Flight Type:
Training
Survivors:
No
Site:
City
Schedule:
Nairobi - Nairobi
Location:
Githunguri
Central
Country:
Kenya
Region:
Africa
Crew on board:
6
Crew fatalities:
Pax on board:
0
Pax fatalities:
Other fatalities:
Total fatalities:
10
Circumstances:
On 19th February 1955, during what the then colonial government referred to as the "Emergency" enacted to combat the Mau Mau uprising, an RAF Lincoln bomber belonging to No. 49 Squadron based at Eastleigh aerodrome, crashed near the town of Githunguri some fifteen kilometers (eight miles) north-north-west of Kiambu. The bomber, serial number SX984, carrying six aircrew, was returning from a bombing and strafing mission over the Kipipiri Forest when the pilot, Flying Officer Alan Hunt, decided to carry out unauthorized low passes over the Police Officers' Mess where he knew a number of his RAF colleagues were spending the afternoon. The Mess was and is situated near the top of a hill overlooking the town with the police station itself lying half way down towards the main Uplands - Ruiru road. On the third pass, Hunt misjudged the height needed to clear the top of the hill with the result that parts of the starboard wing, tail plane and lower rudder were torn off after hitting three rondavel huts and a mess chimney, whereupon the aircraft went out of control, climbed steeply for about one hundred meters, then stalled before going into a near vertical dive and crashing half a kilometer south of the police station. Hunt and four other crew members died instantly in the resulting inferno, but the tail-gunner, Sergeant Stanley Bartlett was thrown clear and taken to Kiambu hospital and then to the Military hospital in Nairobi where he died five hours later as a result of burns and other serious injuries. Four civilians on the ground, one of them a child, also died. The six crew were buried with full military honors in City Park Cemetery.
Crew (49th Squadron):
F/O Hunt, pilot,
Sgt North, flight engineer,
Sgt Hollands, signaler,
Sgt Bartlett, air gunner,
F/O King, navigator,
F/O Parry, navigator.
Source:
Richard Bartlett-May, son of Sgt Stanley Bartlett. 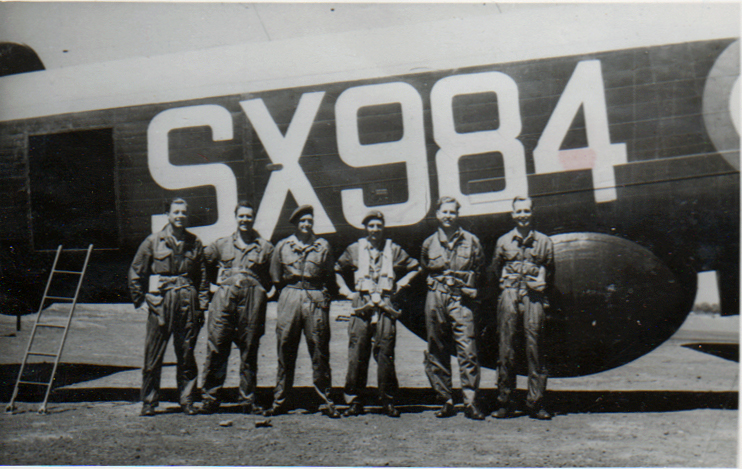