Registration:
D-AIPX
Flight Phase:
Flight
Flight Type:
Scheduled Revenue Flight
Survivors:
No
Site:
Mountains
Schedule:
Barcelona – Düsseldorf
MSN:
147
YOM:
1990
Flight number:
4U9525
Location:
Prads-Haute-Bléone
Alpes-de-Haute-Provence
Country:
France
Region:
Europe
Crew on board:
6
Crew fatalities:
Pax on board:
144
Pax fatalities:
Other fatalities:
Total fatalities:
150
Captain / Total flying hours:
6763
Captain / Total hours on type:
3811.00
Copilot / Total flying hours:
919
Copilot / Total hours on type:
540
Aircraft flight hours:
58313
Aircraft flight cycles:
46748
Circumstances:
The aircraft left Barcelona at 1000LT on a scheduled flight to Düsseldorf (flight 4U9525/GWI18G). At 1032LT, one minute after reaching its assigned cruising altitude of 38,000 feet near Toulon (level off), the aircraft started to lose altitude and continued a straight in descent during nine minutes, until it reached the altitude of 6,800 feet. It was later confirmed that no distress call was sent by the crew. Radar contact was lost at a height of 6,800 feet at 1041LT when the aircraft hit a mountain slope located near Prads-Haute-Bléone, northeast of Digne-les-Bains. At the time of the accident, weather conditions were considered as good with no storm activity, reasonable wind component and no turbulence. The crash site was reached by first rescuers in the afternoon and the aircraft disintegrated on impact. None of the 150 occupants survived the crash. The second black box (DFDR) was found on April 2, nine days after the accident.
Probable cause:
The collision with the ground was due to the deliberate and planned action of the copilot who decided to commit suicide while alone in the cockpit. The process for medical certification of pilots, in particular self-reporting in case of decrease in medical fitness between two periodic medical evaluations, did not succeed in preventing the copilot, who was experiencing mental disorder with psychotic symptoms, from exercising the privilege of his licence. The following factors may have contributed to the failure of this principle:
- the copilot’s probable fear of losing his ability to fly as a professional pilot if he had reported his decrease in medical fitness to an AME,
- the potential financial consequences generated by the lack of specific insurance covering the risks of loss of income in case of unfitness to fly,
- the lack of clear guidelines in German regulations on when a threat to public safety outweighs the requirements of medical confidentiality.
Security requirements led to cockpit doors designed to resist forcible intrusion by unauthorized persons. This made it impossible to enter the flight compartment before the aircraft impacted the terrain in the French Alps.
Final Report: 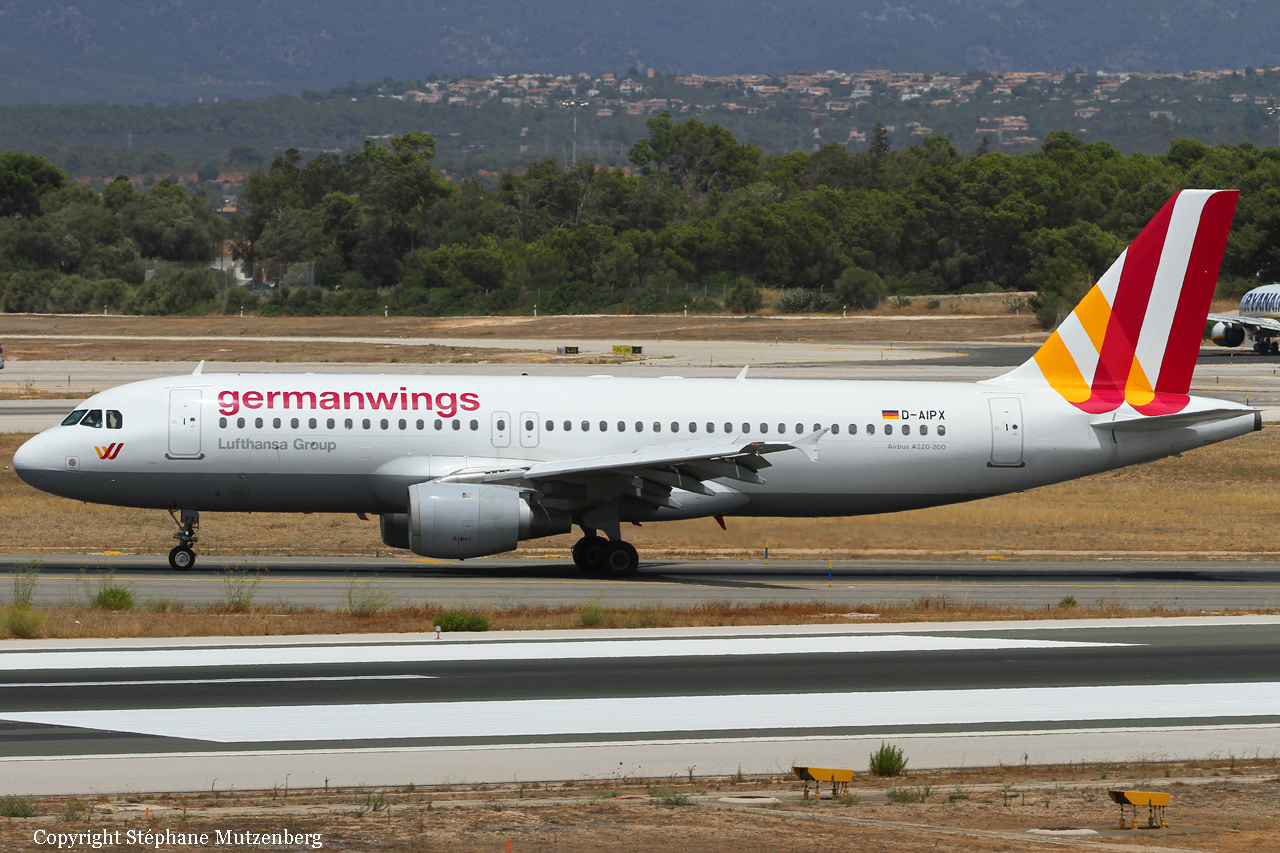 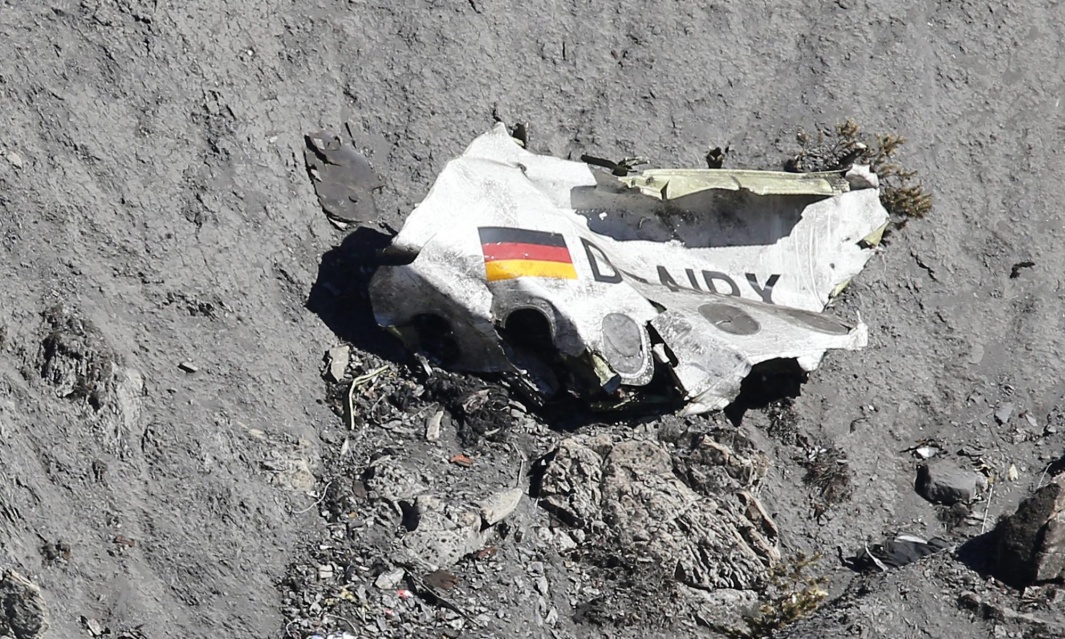 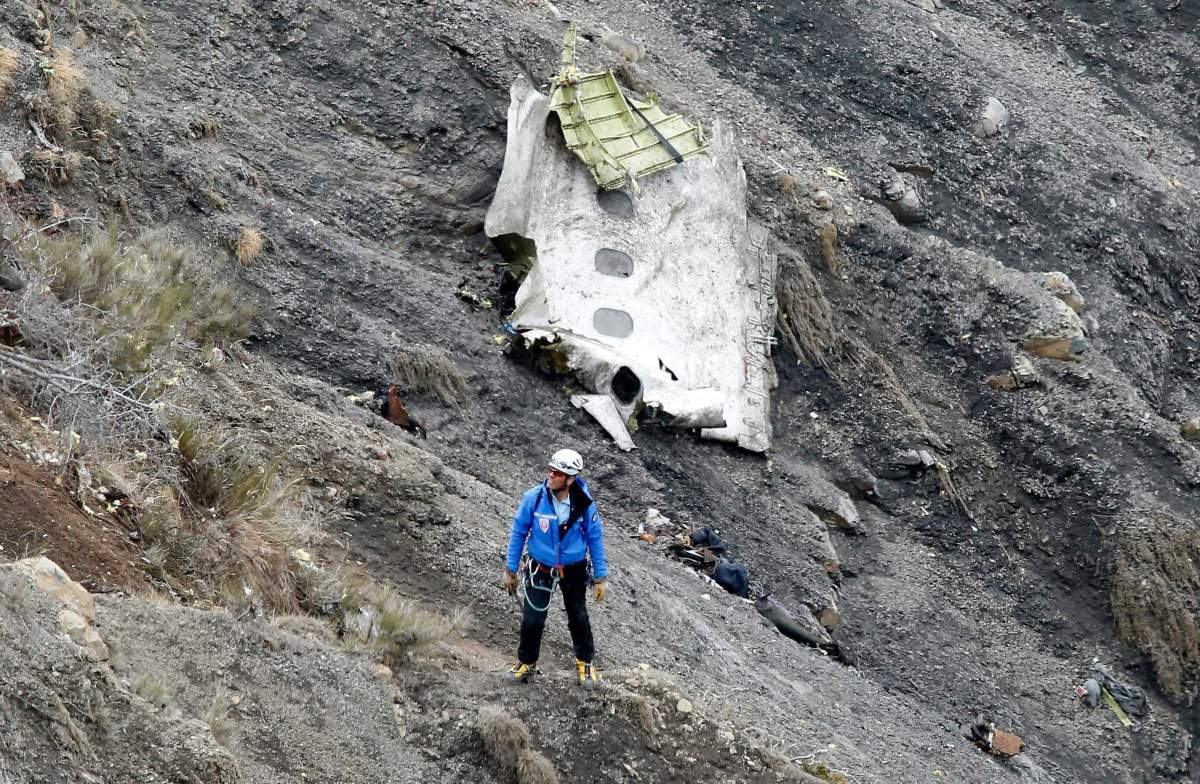 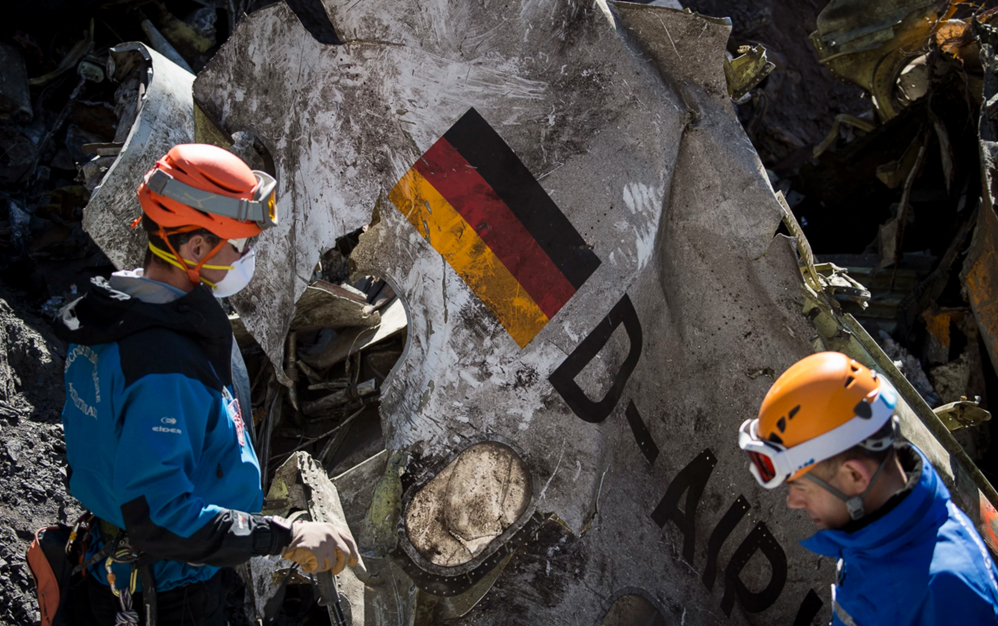 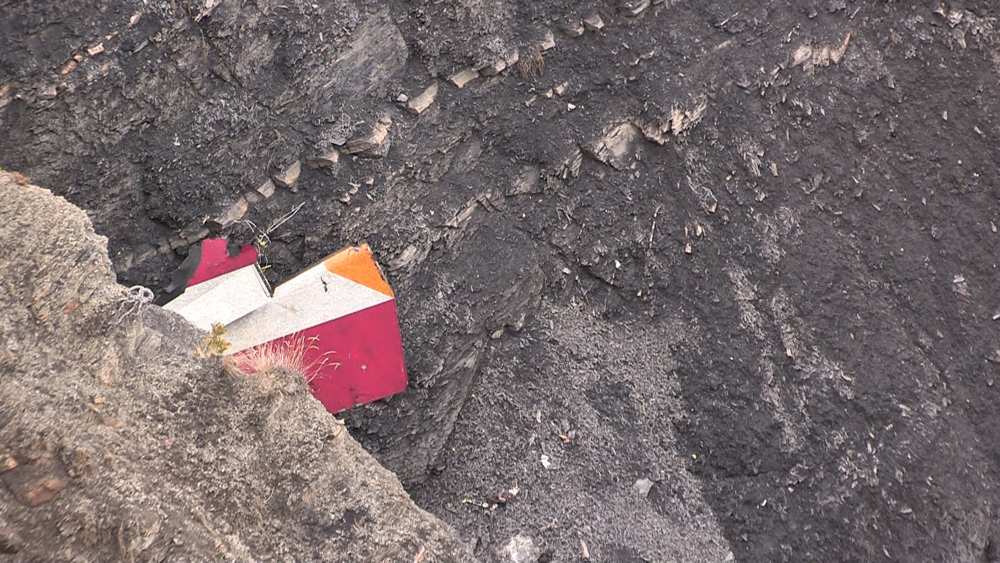 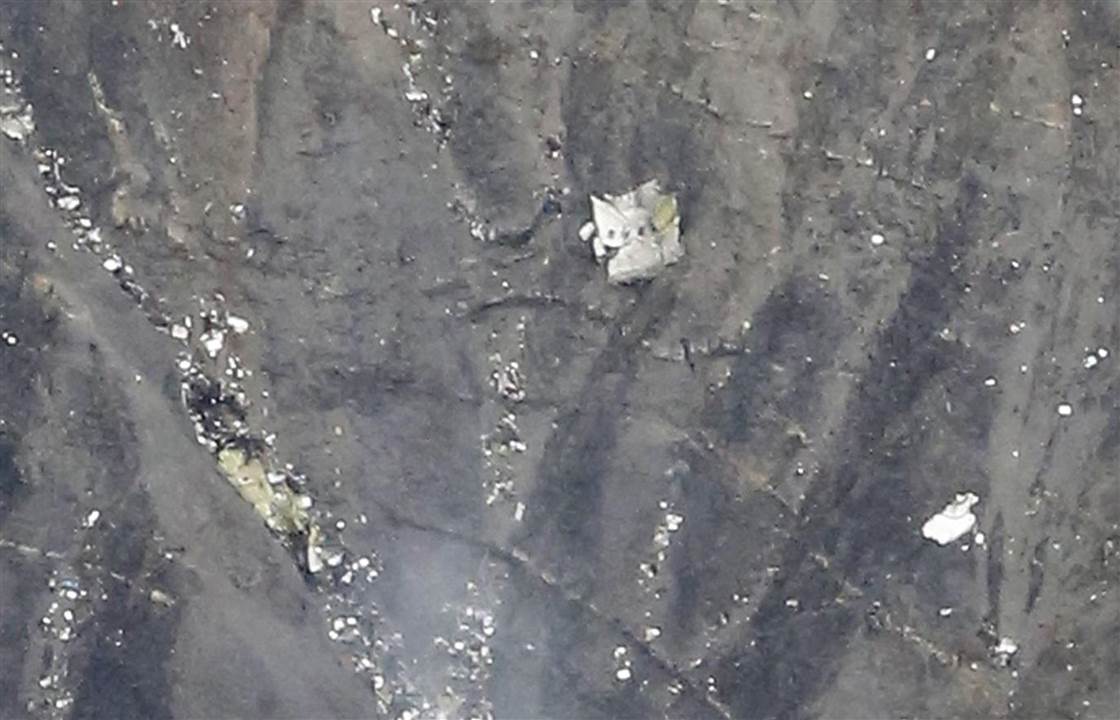 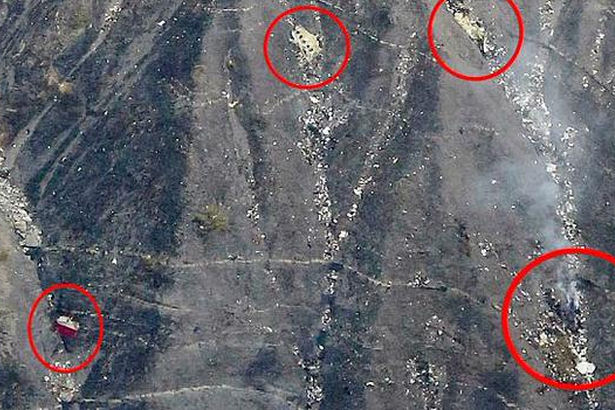 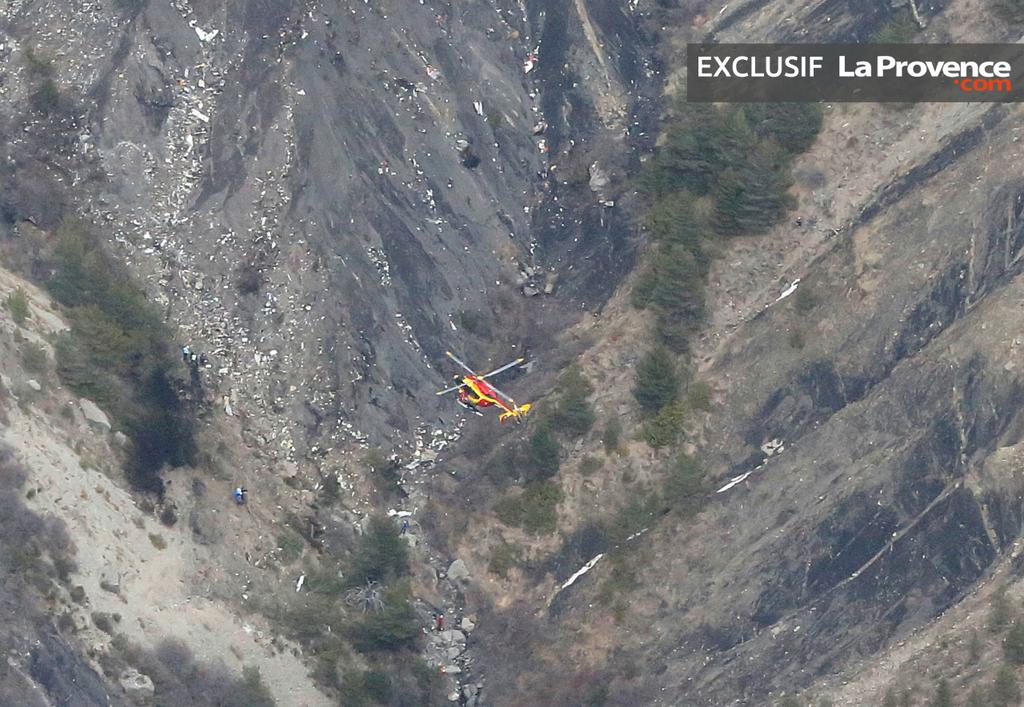 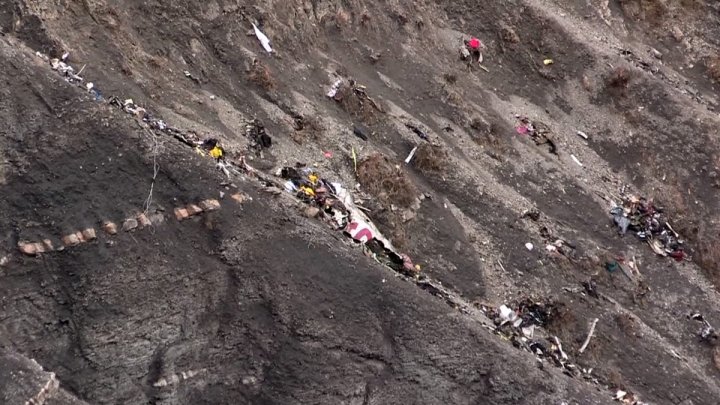 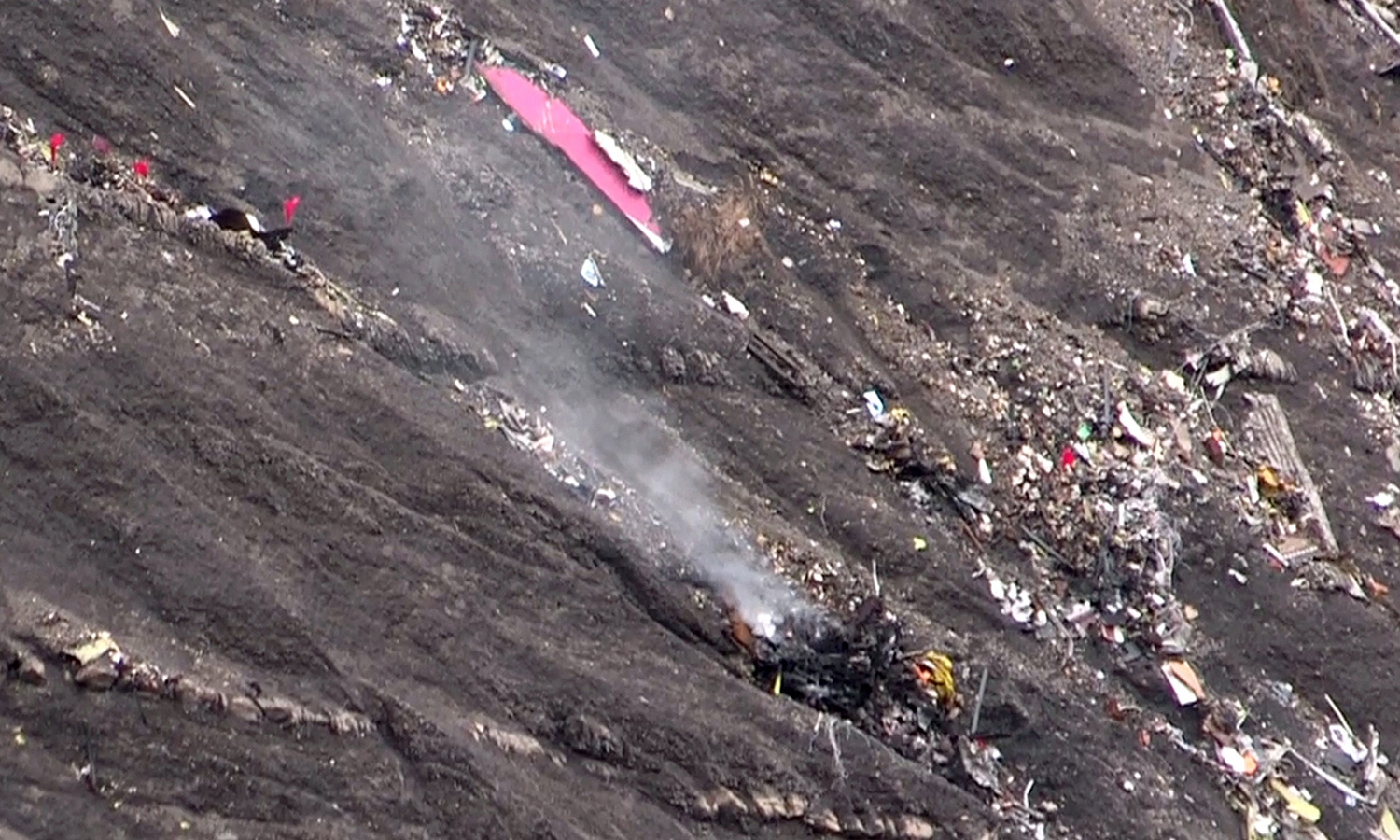 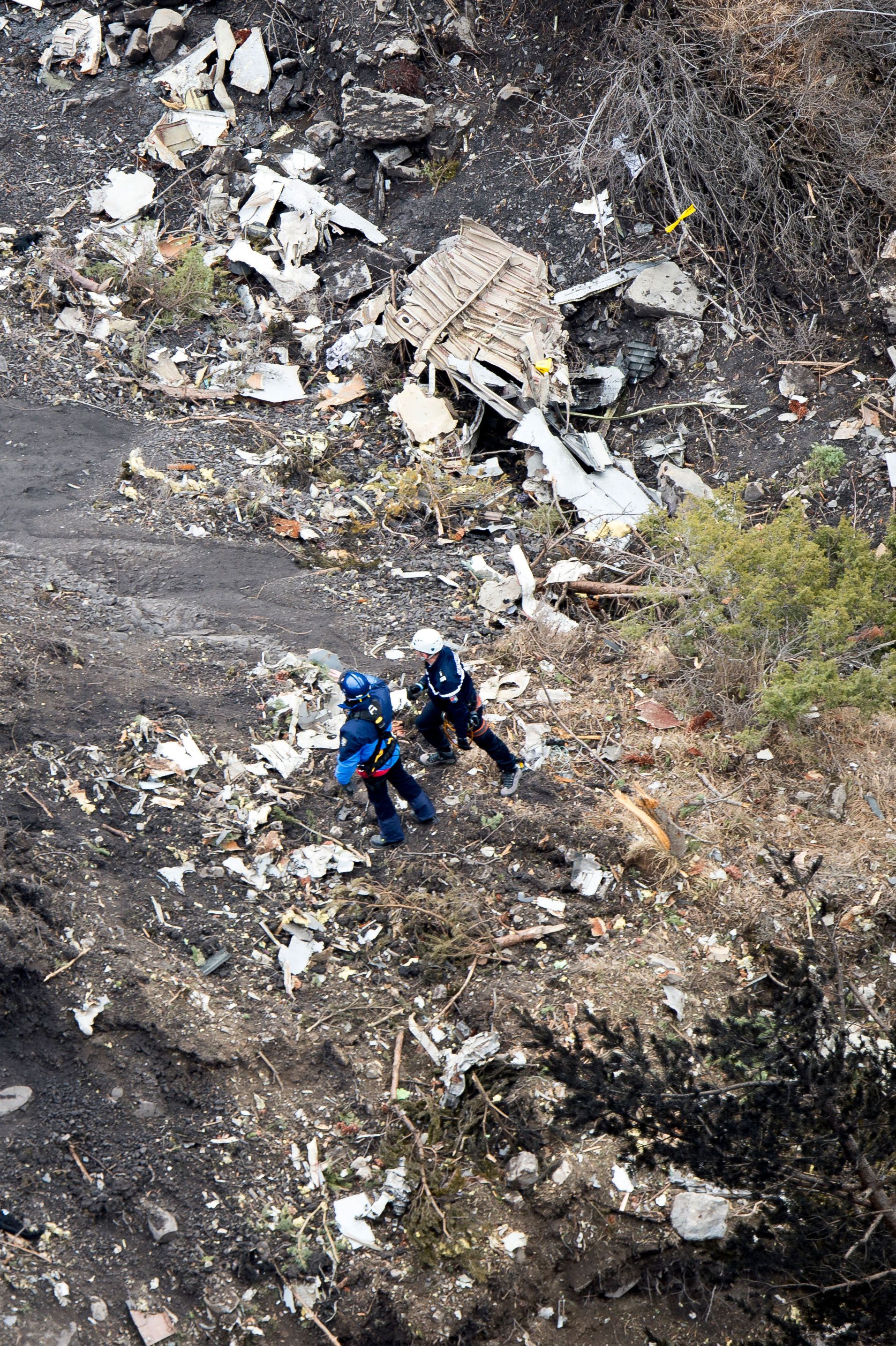 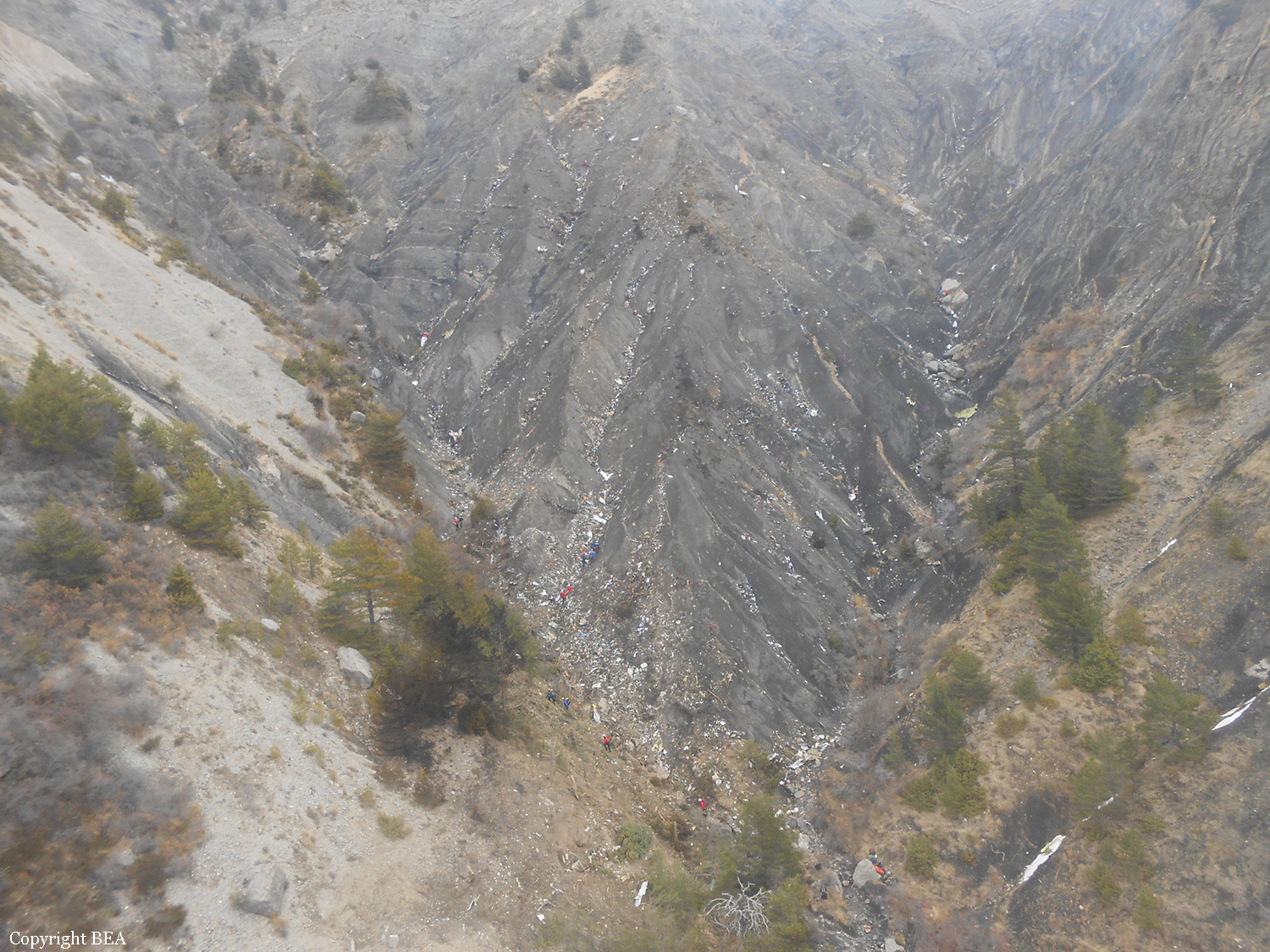 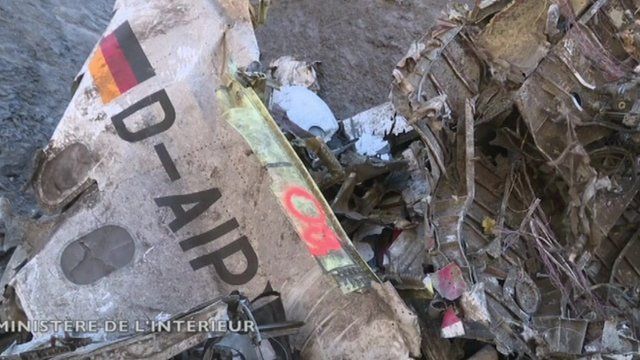 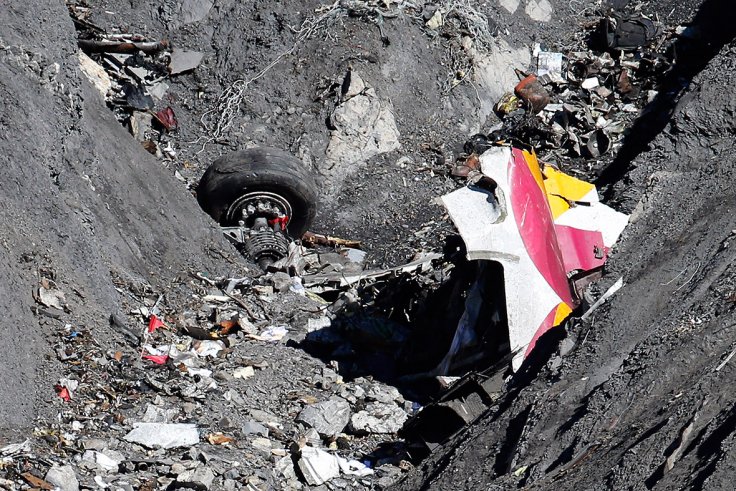 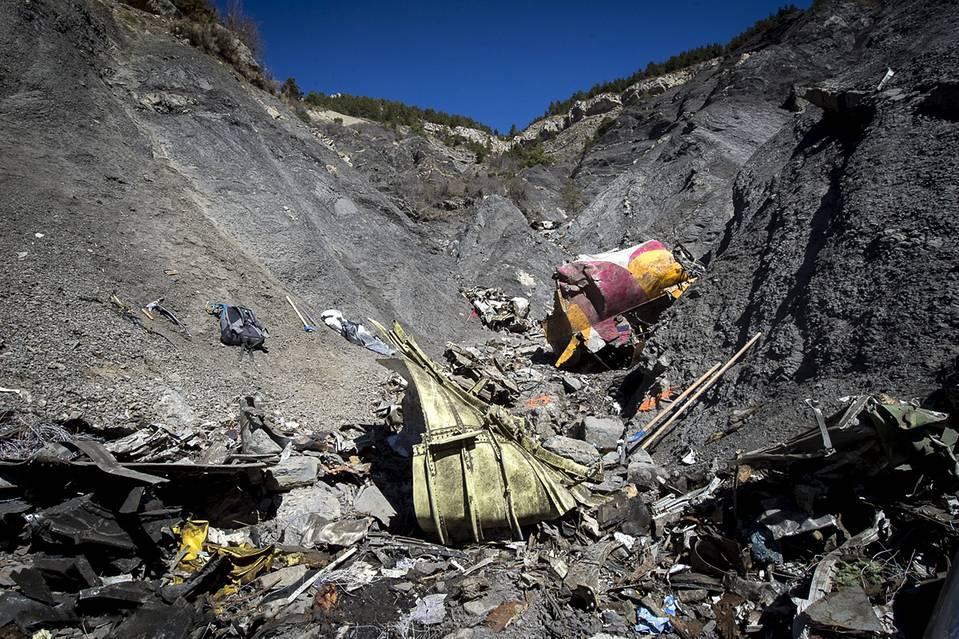 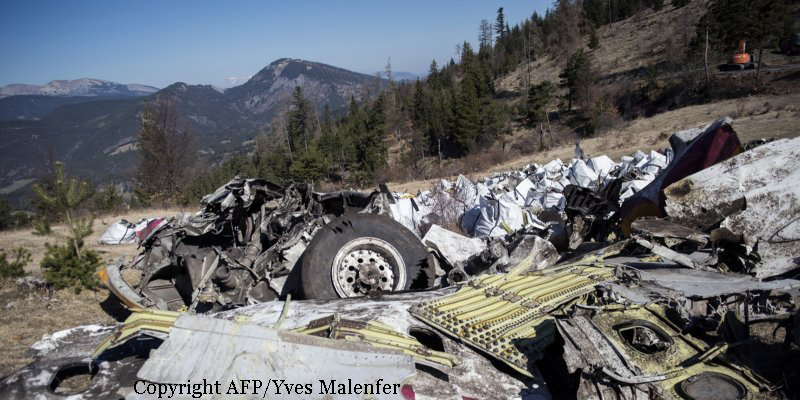 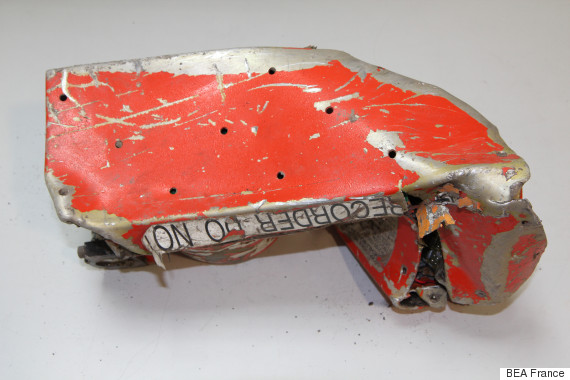 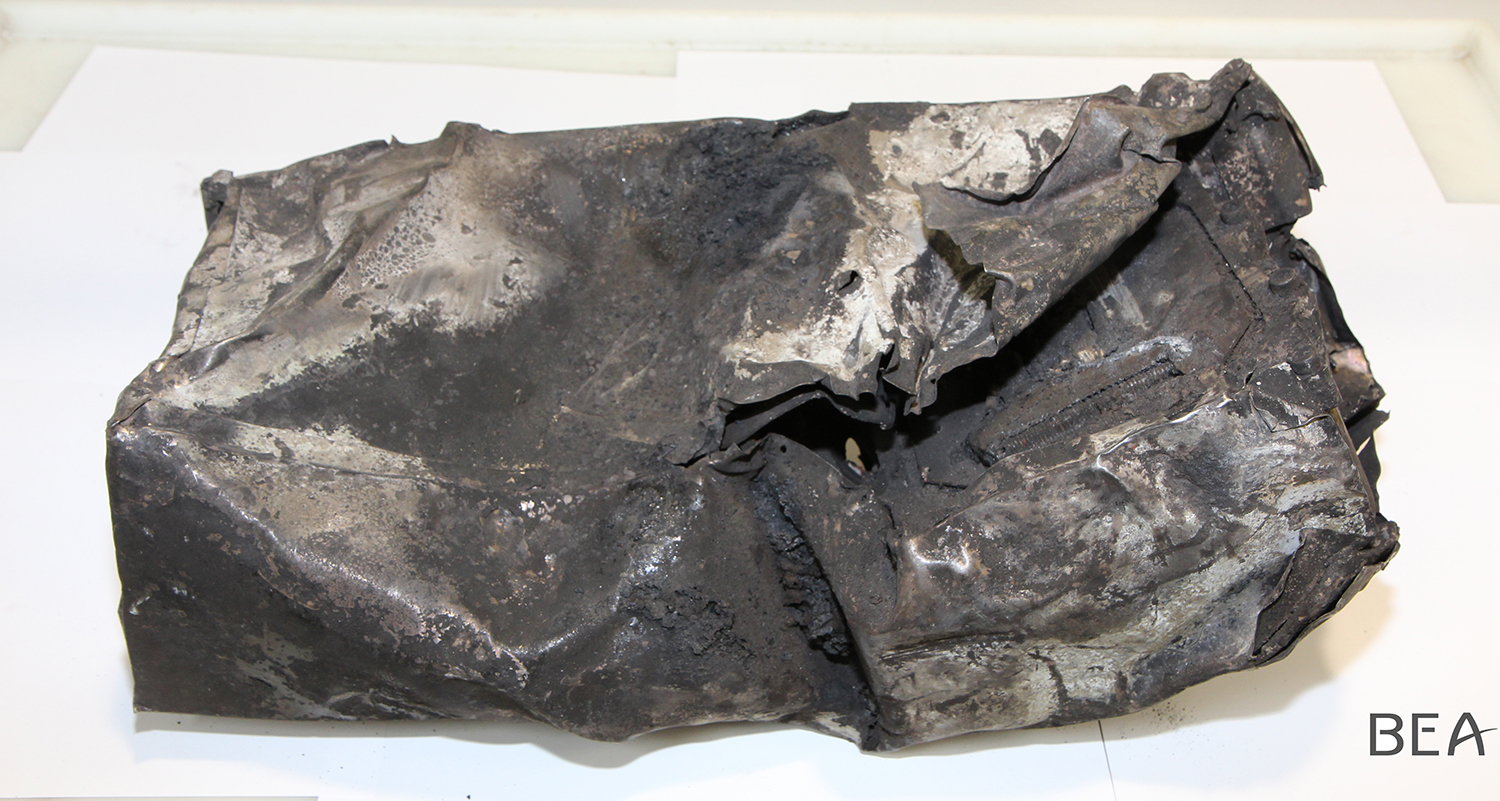 Crash of a Cessna 208B Super Cargomaster in Valensole: 1 killed

Type of aircraft:
Cessna 208A Caravan
Operator:
Aviation & Services Europe
Registration:
N1037D
Flight Phase:
Flight
Flight Type:
Cargo
Survivors:
No
Site:
Plain, Valley
Schedule:
Toussus-le-Noble - Cannes
MSN:
208B-0332
YOM:
1993
Location:
Valensole
Alpes-de-Haute-Provence
Country:
France
Region:
Europe
Crew on board:
1
Crew fatalities:
Pax on board:
0
Pax fatalities:
Other fatalities:
Total fatalities:
1
Captain / Total hours on type:
150.00
Aircraft flight hours:
50
Circumstances:
On a cargo flight from Toussus-le-Noble to Cannes, while cruising at an altitude of 9,000 feet, the pilot declared an emergency after the engine failed. The aircraft entered an uncontrolled descent and crashed in a field. The pilot, sole on board, was killed.
Probable cause:
The exact cause of the loss of control could not be established. Technical analysis did not reveal any anomalies on the engine and other aircraft's equipments. Brand new, the aircraft had just been delivered and completed 50 flying hours only. The pilot, relatively inexperienced, totalized 150 hours on type. It is possible that he mismanaged the engine and other equipments. 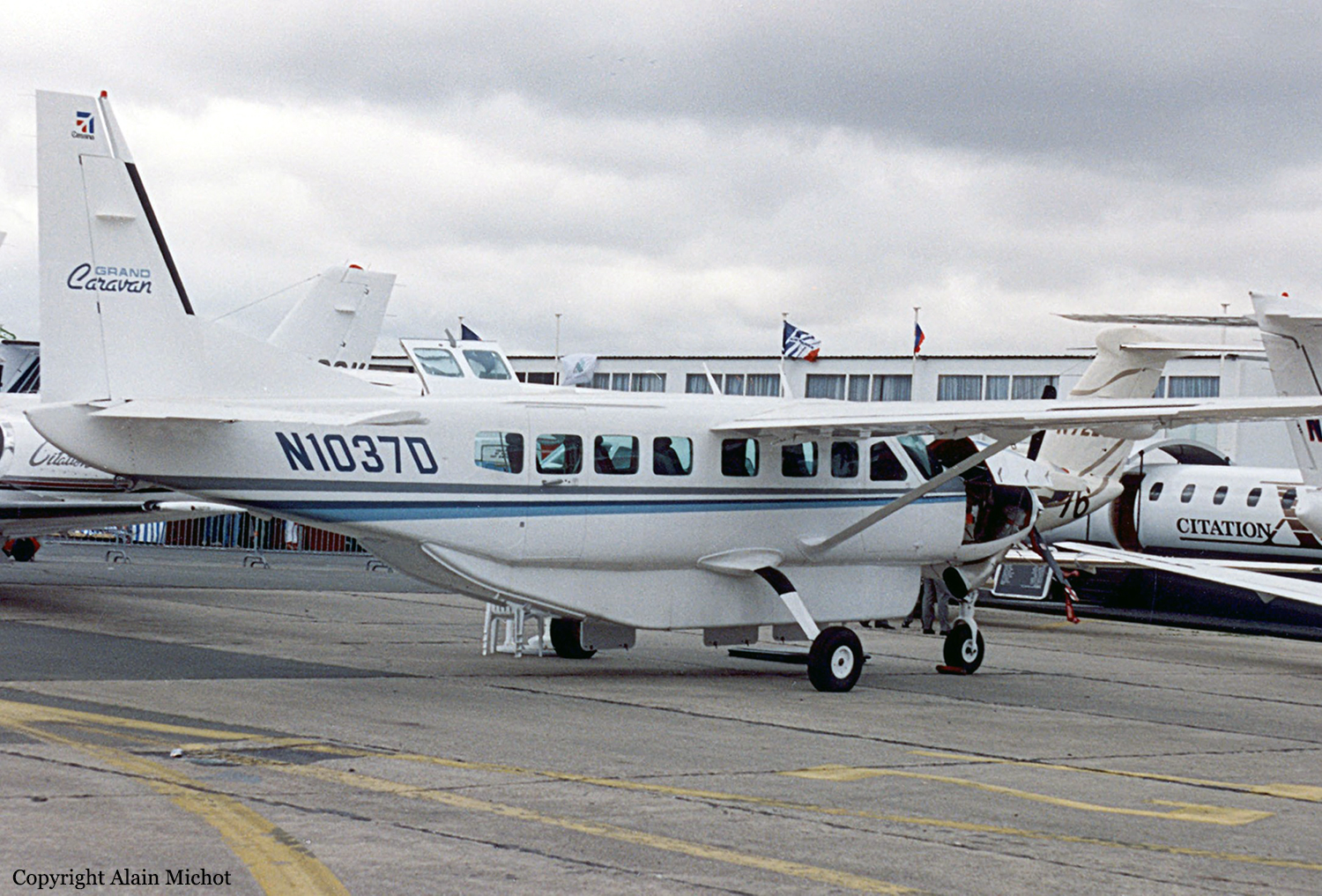 Crash of a Beechcraft E90 King Air in Saint-Barthélémy: 6 killed

Crash of a Lockheed L-749A Constellation on Mt Cemet: 42 killed

Registration:
F-BAZZ
Flight Phase:
Flight
Flight Type:
Scheduled Revenue Flight
Survivors:
No
Site:
Mountains
Schedule:
Paris – Nice – Beirut – Baghdad – Karachi – Calcutta – Saigon
MSN:
2674
YOM:
1951
Flight number:
AF147
Location:
Mt Cemet
Alpes-de-Haute-Provence
Country:
France
Region:
Europe
Crew on board:
9
Crew fatalities:
Pax on board:
33
Pax fatalities:
Other fatalities:
Total fatalities:
42
Circumstances:
The airplane left Paris-Orly in good weather conditions. However, few minutes later, the crew was informed about few turbulences over the Alps. While cruising by night at an altitude of 9,500 feet, the four engine aircraft hit the slope of Mt Cemet or Mt Cimet (3,020 meters high) located about 8 km northeast of Allos, in the department of Alpes-de-Haute-Provence. The wreckage was found at the altitude of 2,870 meters, about 150 meters below the summit. The aircraft disintegrated on impact and all 42 occupants were killed, among them the French violinist Jacques Thibaud and the French composer René Herbin.
Crew:
Jacques Tranoy, pilot,
Jacques Calmette, copilot,
Robert Mathis, radio navigator,
M. Fontaine, mechanic,
Jean-Marie Christophe, mechanic,
Monique Perret, stewardess,
Jean Menard, steward,
Rémy Lebars, steward,
Charles Delhomme, steward.
Probable cause:
At the time of the accident, the aircraft was not following the track that has been assigned and was off course for unknown reason. It was understood that the airplane deviated from the prescribed flight plan, maybe following a navigation error, but this was not determined with certainty. Thus, the accident is the result of a controlled flight into terrain. 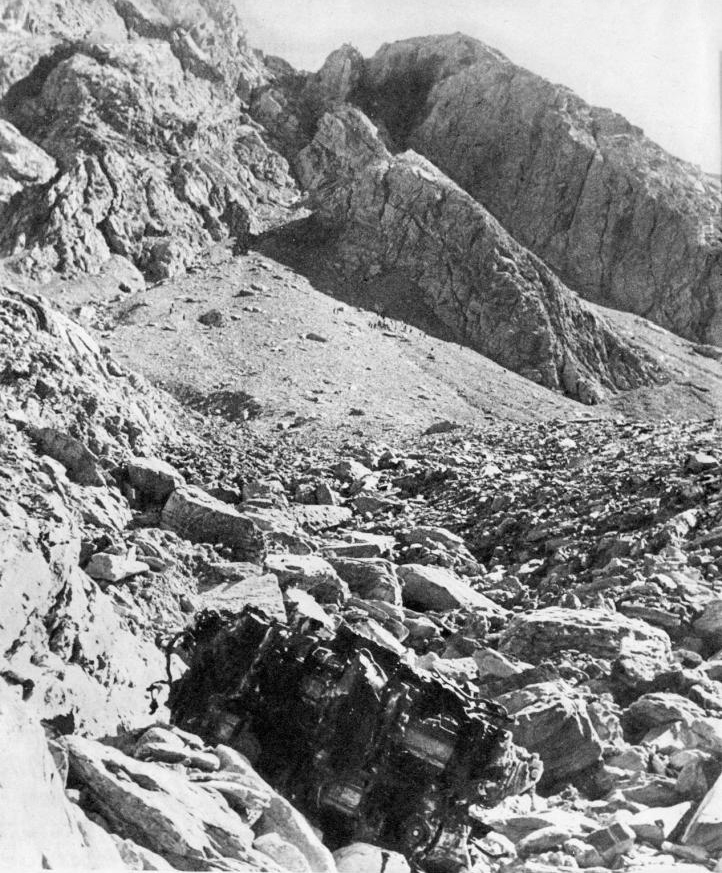 Crash of a Boeing B-17G-95-DL Flying Fortress near Chanolles: 9 killed

Registration:
44-83787
Flight Phase:
Flight
Flight Type:
Survey / Patrol / Reconnaissance
Survivors:
Yes
Site:
Mountains
Schedule:
Istres - Istres
MSN:
32428
Location:
Chanolles
Alpes-de-Haute-Provence
Country:
France
Region:
Europe
Crew on board:
5
Crew fatalities:
Pax on board:
5
Pax fatalities:
Other fatalities:
Total fatalities:
9
Circumstances:
The aircraft left Istres-Le Tubé Airbase in the morning to try to locate an USAF C-47 that disappeared in the region three days earlier. In fact, this C-47 registered 44-76443 crashed on the Cheval Blanc mountain, killing all 11 occupants. Around noon, the crew of the B-17 localized the wreckage of the C-47 on the east slope of the mountain and while flying to close from the terrain, the aircraft went out of control, maybe due to downdraft, and hit the north slope of the same mountain, near the village of Chanolles. The aircraft was destroyed on impact and eight of the ten occupants were killed. Two crew members, among them a pilot, survived. The pilot decided to leave the area to find help but his dead body was found in an isolated area on March 25, 1948. The only survivor, Sgt Angelo La Salle, was rescued few hours later.
Probable cause:
It is believed the accident was caused by a loss of control due to strong downdrafts while the crew was flying too close to the mountain. At the time of the accident, eight of the ten occupants were in the front of the cabin, causing the center of gravity to be modified.

Registration:
44-76443
Flight Phase:
Flight
Flight Type:
Military
Survivors:
No
Site:
Mountains
Schedule:
Frankfurt – Istres – Pisa – Udine
MSN:
16027/32775
YOM:
1945
Location:
Château Garnier
Alpes-de-Haute-Provence
Country:
France
Region:
Europe
Crew on board:
3
Crew fatalities:
Pax on board:
8
Pax fatalities:
Other fatalities:
Total fatalities:
11
Circumstances:
The aircraft left Istres-Le Tubé AFB at 1237LT bound for Udine with an intermediate stop in Pisa. While flying over the Alps, the crew encountered poor visibility with snowstorm and strong winds. In such conditions, the captain decided to return to Istres but was unable to locate his position with certainty. Few minutes later, while flying northwest of the village of Château Garnier, the aircraft hit the slope of Mt du Cheval Blanc culminating at an altitude of 2,323 meters. The wreckage was spotted by the crew of a USAF B-17 based in Germany two days later. On site, rescuers did not find any survivors and among the passengers were five children aged 5, and women of US soldiers based in Udine. The day after the wreckage was found, the US B-17 crashed in the same region, killing its entire crew of nine.
Subscribe to Alpes-de-Haute-Provence