Type of aircraft:
Travel Air 4000
Operator:
Daniel J. Murray
Registration:
N6464
Flight Phase:
Flight
Flight Type:
Private
Survivors:
No
Site:
Plain, Valley
Schedule:
Longmont – Casa Grande
MSN:
785
YOM:
1928
Location:
Palmer Lake
Colorado
Country:
United States of America
Region:
North America
Crew on board:
1
Crew fatalities:
Pax on board:
1
Pax fatalities:
Other fatalities:
Total fatalities:
2
Captain / Total flying hours:
5000
Circumstances:
The commercial pilot and the pilot-rated passenger were flying the biplane to a fly-in gathering in another state. Witnesses saw the airplane flying over a frozen lake at a low altitude and low airspeed. One witness saw the airplane "listing" left and right before it entered a left turn, and he lost sight of it. Other witnesses saw the airplane turn left and nose-dive into the ground. A postimpact fire consumed most of the airplane. Damage to the wreckage indicated that the airplane impacted the ground in a nose down attitude. The examination did not reveal evidence of any preimpact anomalies with the airframe, engine, or the control system of the airplane. A witness reported that, at the time of the accident, the wind was from the south about 30 miles per hour. However, a burnt area extending east from the airplane's impact point indicated the wind was from the west. Additionally, although wind information from nearby weather stations varied in direction and intensity. One station, about 14 miles west-northwest of the accident site reported calm wind., However, another station, located about 11 miles south of the accident site, recorded wind from the west at 11 knots with gusts to 27 knots about the time of the accident and wind from the west at 33 knots with gusts to 48 knots about an hour after the accident. Further, the forecast for the accident area called for wind gusts to 40 knots from the west-northwest. Therefore, it is likely that strong gusty west winds prevailed in the accident area at the time of the accident. Although some witnesses speculated that the pilot may have been attempting to land the airplane on the frozen lake, the airplane was not equipped to land on ice, and the reason the pilot was maneuvering at a low altitude in strong gusty winds could not be determined. Based on the witness observations and the damage to the wreckage, it is likely that the pilot allowed the airspeed to decrease to a point where the critical angle of attack was exceeded, and the airplane entered an aerodynamic stall/spin. Although the pilot was known to have heart disease, it is unlikely that his medical condition contributed to the accident. The witness observations indicate that the pilot was actively flying the airplane before the loss of control. Toxicology testing showed the presence of chlorpheniramine in the pilot's blood at a level that was likely in the therapeutic range. Chlorpheniramine is a sedating antihistamine available in a number of over the counter products, and it carries the warning, "May impair mental and/or physical ability required for the performance of potentially hazardous tasks (e.g., driving, operating heavy machinery)." Because of its sedating effect, chlorpheniramine may slow psychomotor functioning and cause drowsiness. It has also been shown in a driving simulator (after a single dose) to suppress visual-spatial cognition and visual-motor coordinating functions when compared to placebo. Such functions would have been necessary for the pilot to maintain control of the airplane while maneuvering close to the ground in the strong gusty wind conditions. Therefore, it is likely that the pilot's ability to safely operate the plane was impaired by the effects of chlorpheniramine.
Probable cause:
The pilot's failure to maintain sufficient airspeed while maneuvering at low altitude in strong gusting winds, which resulted in exceedance of the airplane's critical angle of attack and an aerodynamic stall/spin. Contributing to the accident was the pilot's impairment due to the effects of a sedating antihistamine.
Final Report: 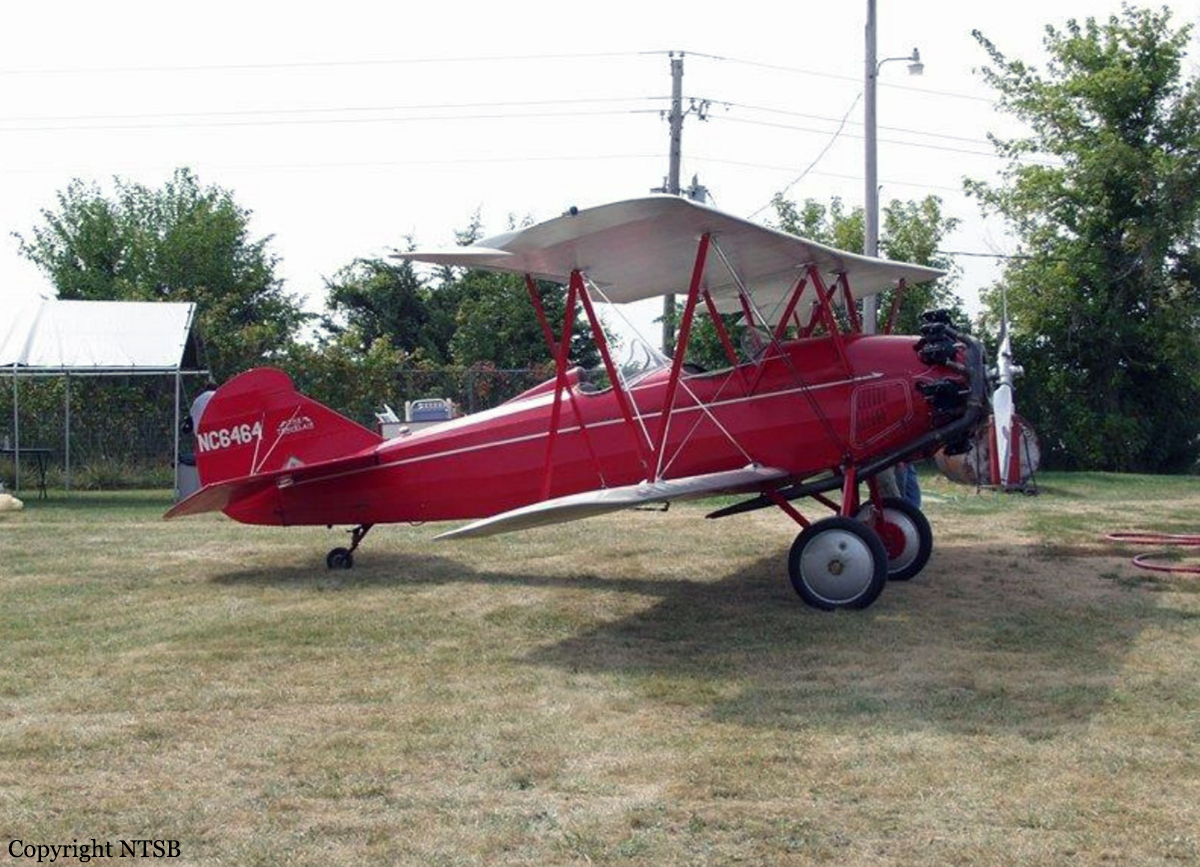 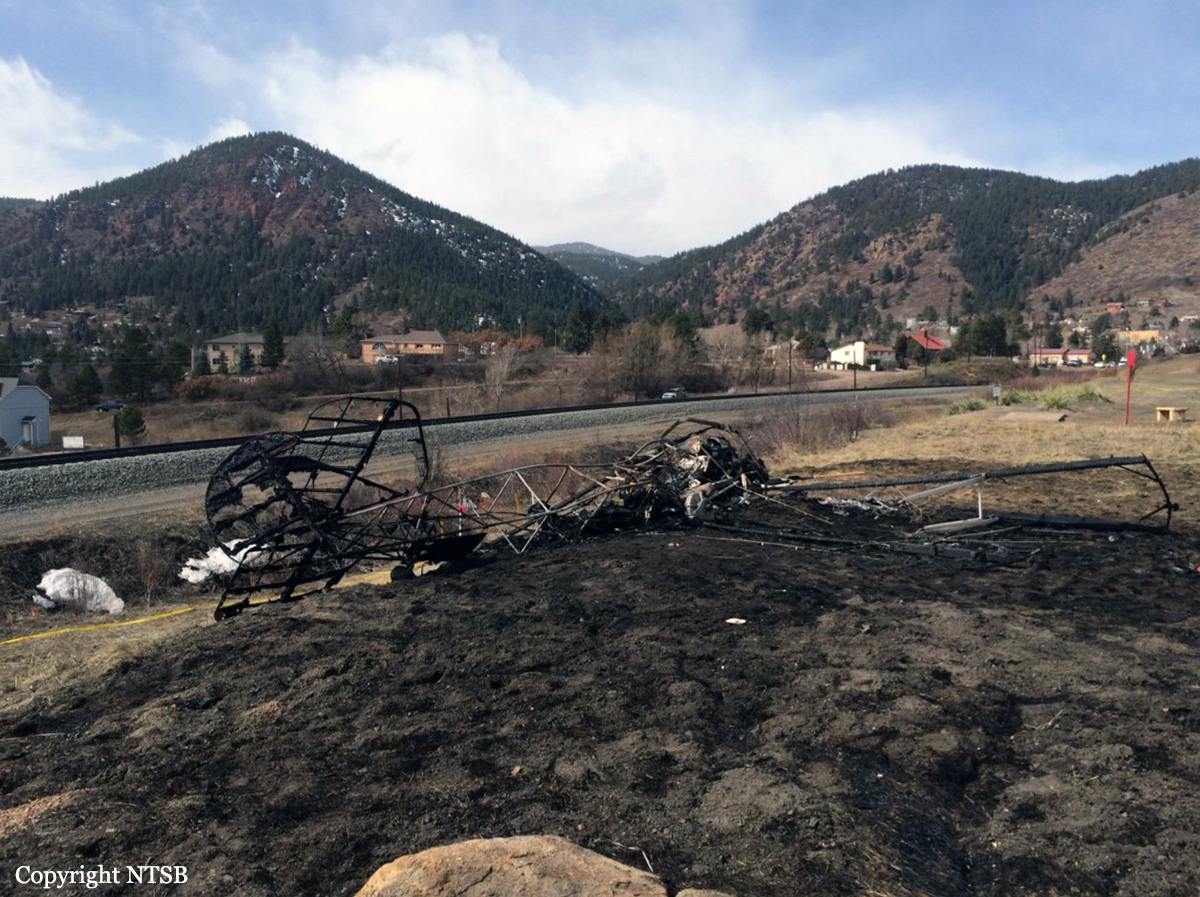 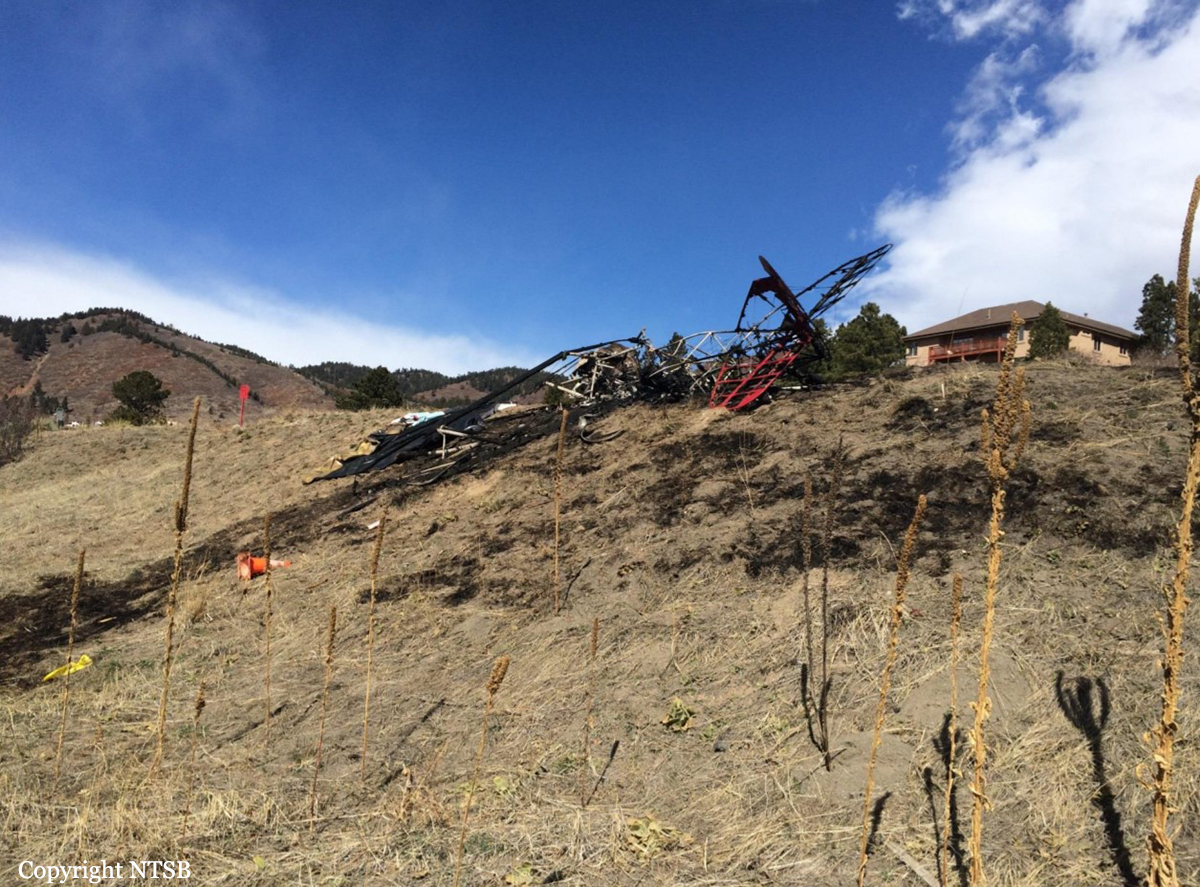 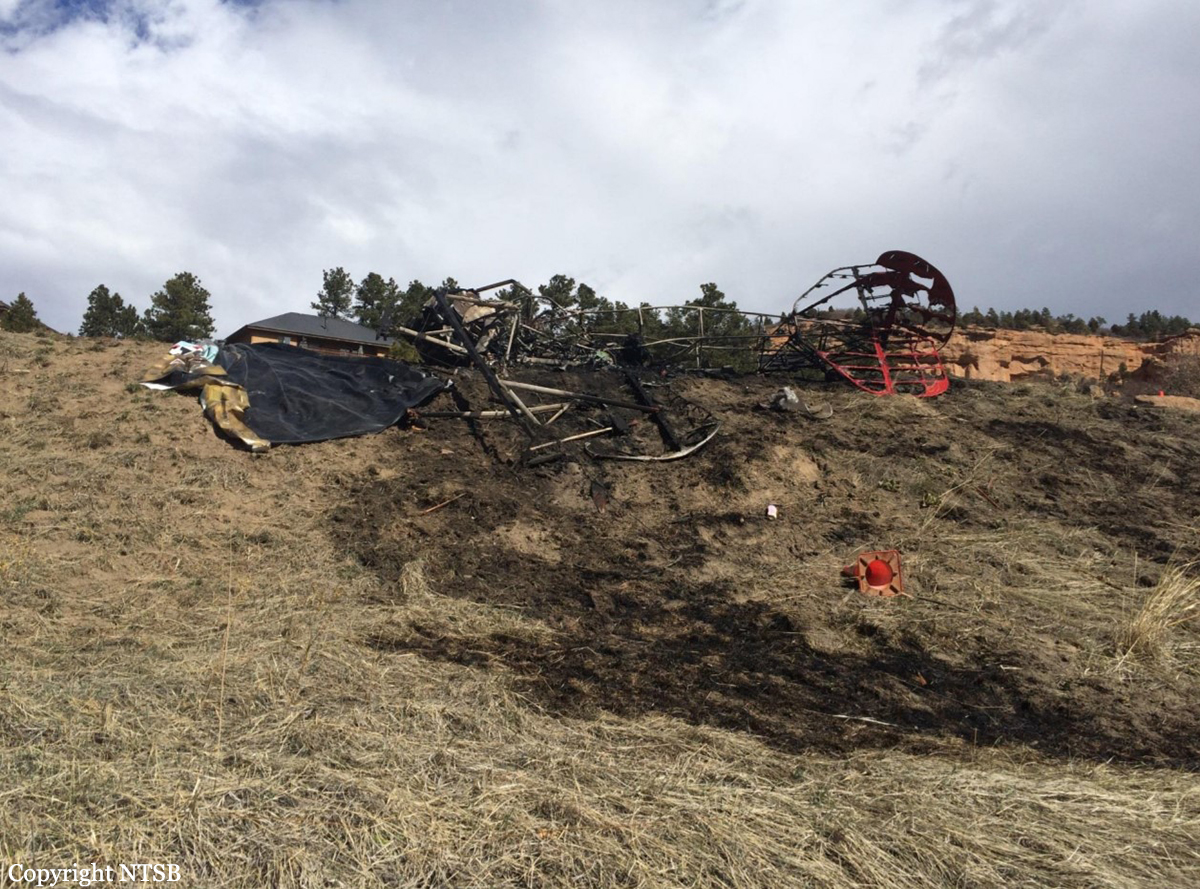 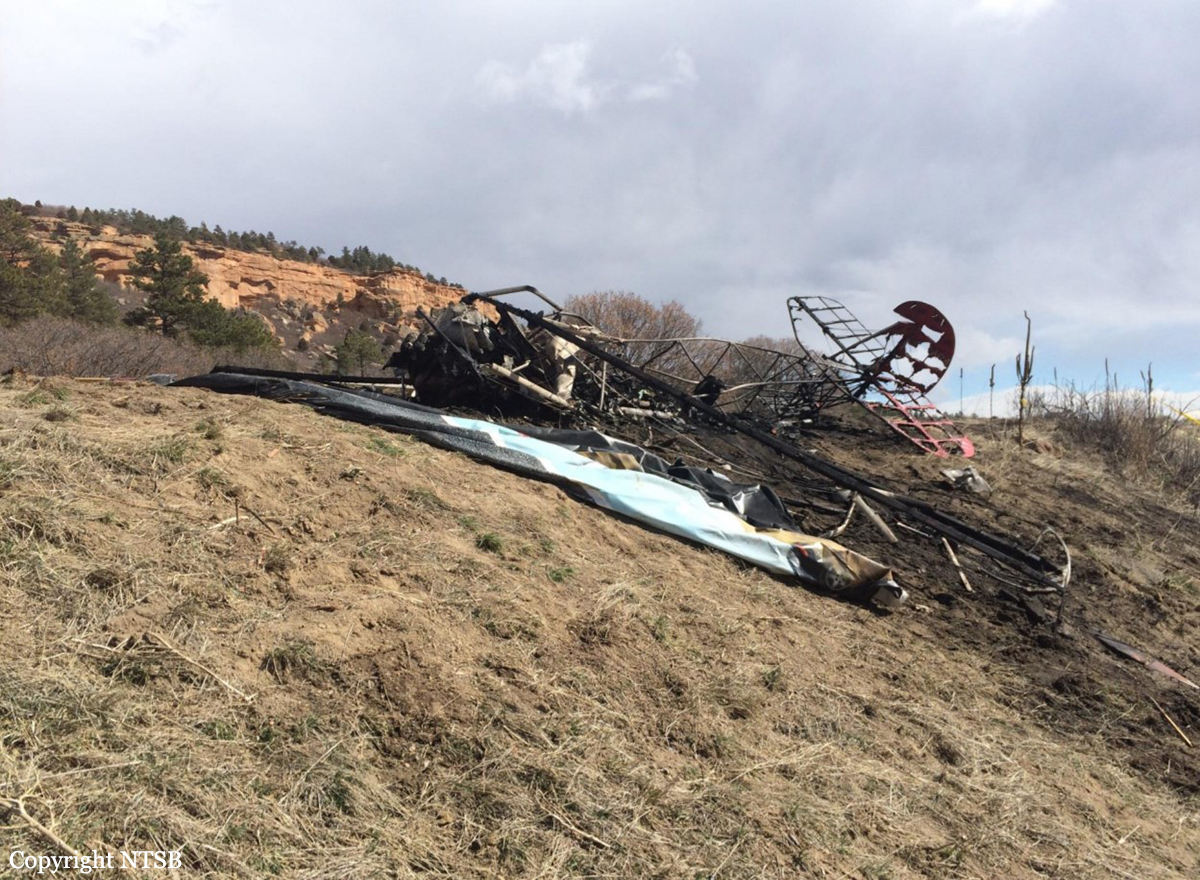 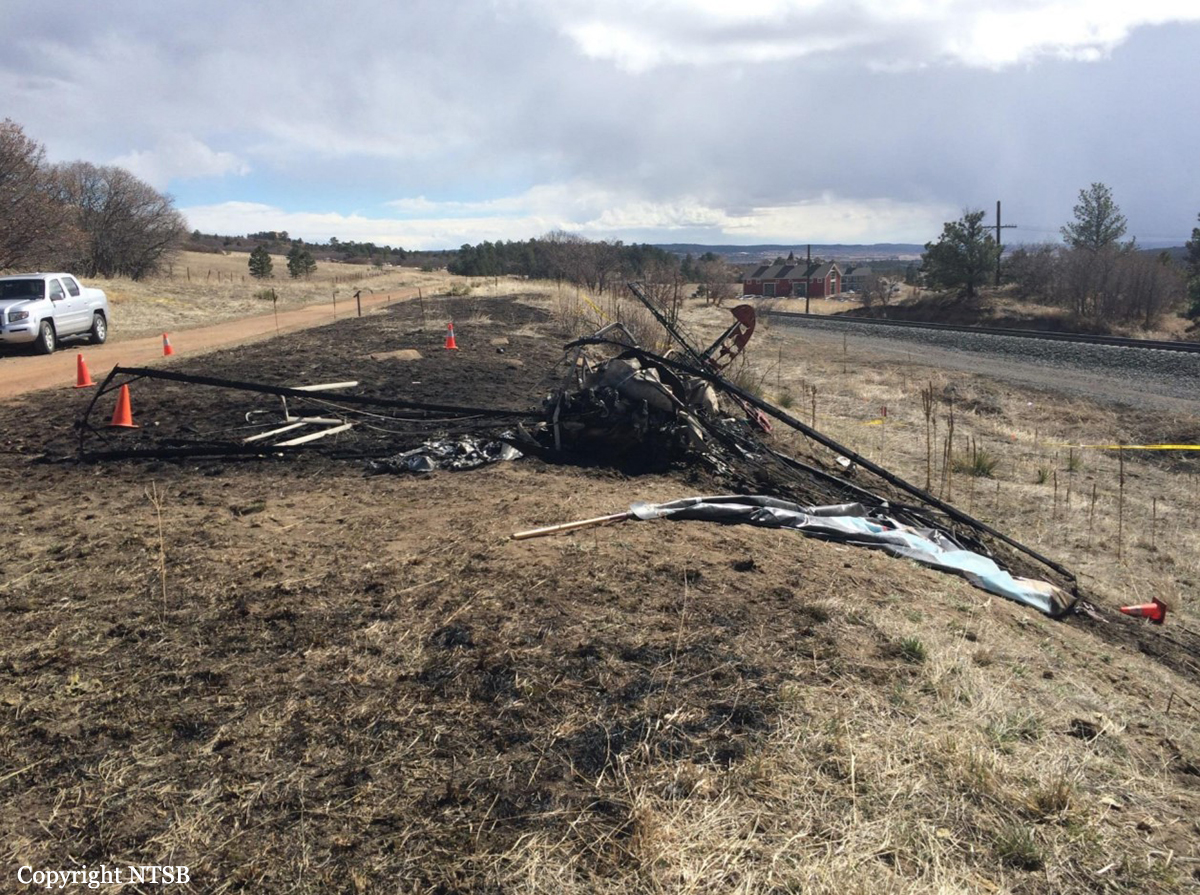 Crash of a Travel Air 4000 in Fort Myers

Type of aircraft:
Travel Air 4000
Operator:
Low & Slow Aviation Ventures
Registration:
N3823
Flight Phase:
Landing (descent or approach)
Flight Type:
Demonstration
Survivors:
Yes
Site:
Airport (less than 10 km from airport)
Schedule:
Fort Myers - Fort Myers
MSN:
306
YOM:
1927
Location:
Fort Myers-Page Field
Florida
Country:
United States of America
Region:
North America
Crew on board:
1
Crew fatalities:
Pax on board:
2
Pax fatalities:
Other fatalities:
Total fatalities:
0
Captain / Total flying hours:
1789
Captain / Total hours on type:
60.00
Aircraft flight hours:
5284
Circumstances:
During approach, the pilot of the tailwheel-equipped biplane flew along at 20-30 feet above the runway until he was at midfield. The biplane touched down, bounced back in to the air, touched down again, and bounced once more prior to touching down for a third time in a nose-high attitude. The biplane then veered to the right, the right wing dipped, and the biplane cartwheeled, coming to rest inverted. The pilot had 60 hours of flight experience in the biplane. The previous owner had advised the pilot that landing the biplane took patience to land it perfectly and that attempting to land the biplane on asphalt with low experience could cause the biplane to bump repeatedly. He also advised that if the pilot pulled back on the control stick too soon during landing it could result in ballooning and porpoising.
Probable cause:
The pilot's improper recovery from a bounced landing and failure to maintain directional control, which resulted in a ground loop. Contributing to the accident was the pilot's minimal experience in the airplane make and model. 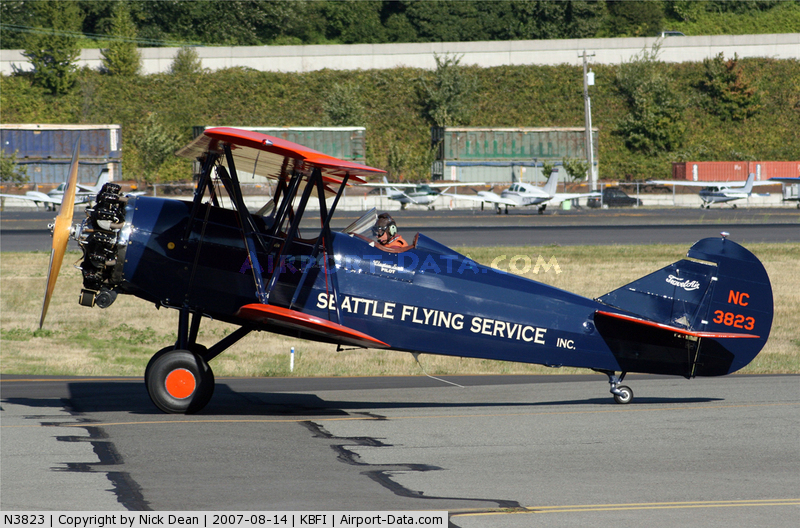 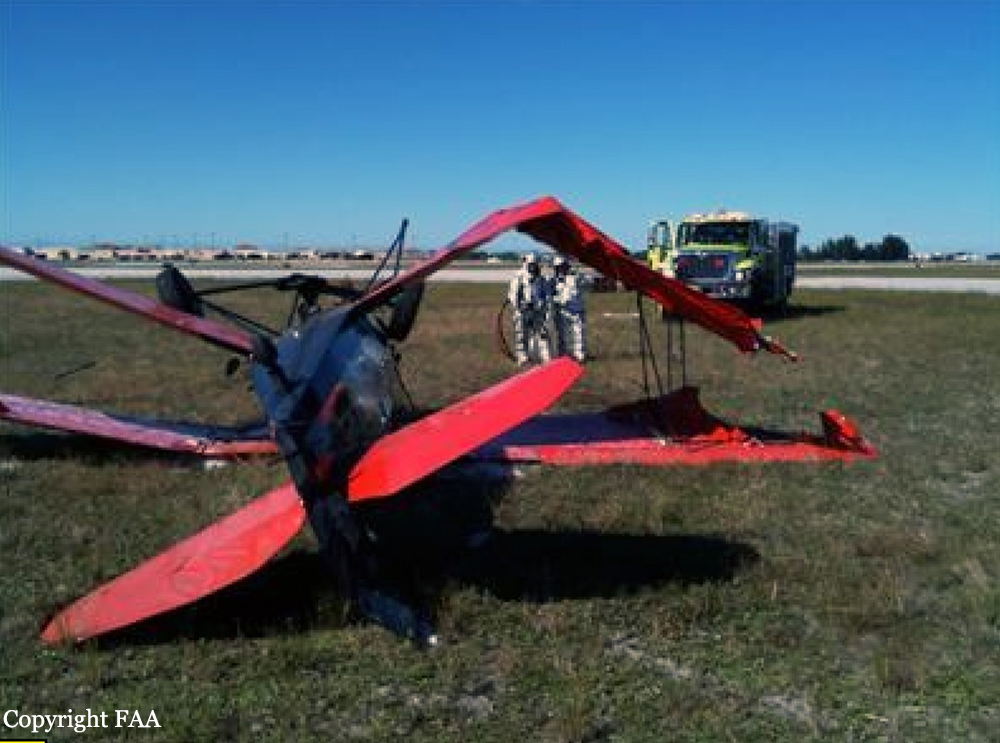 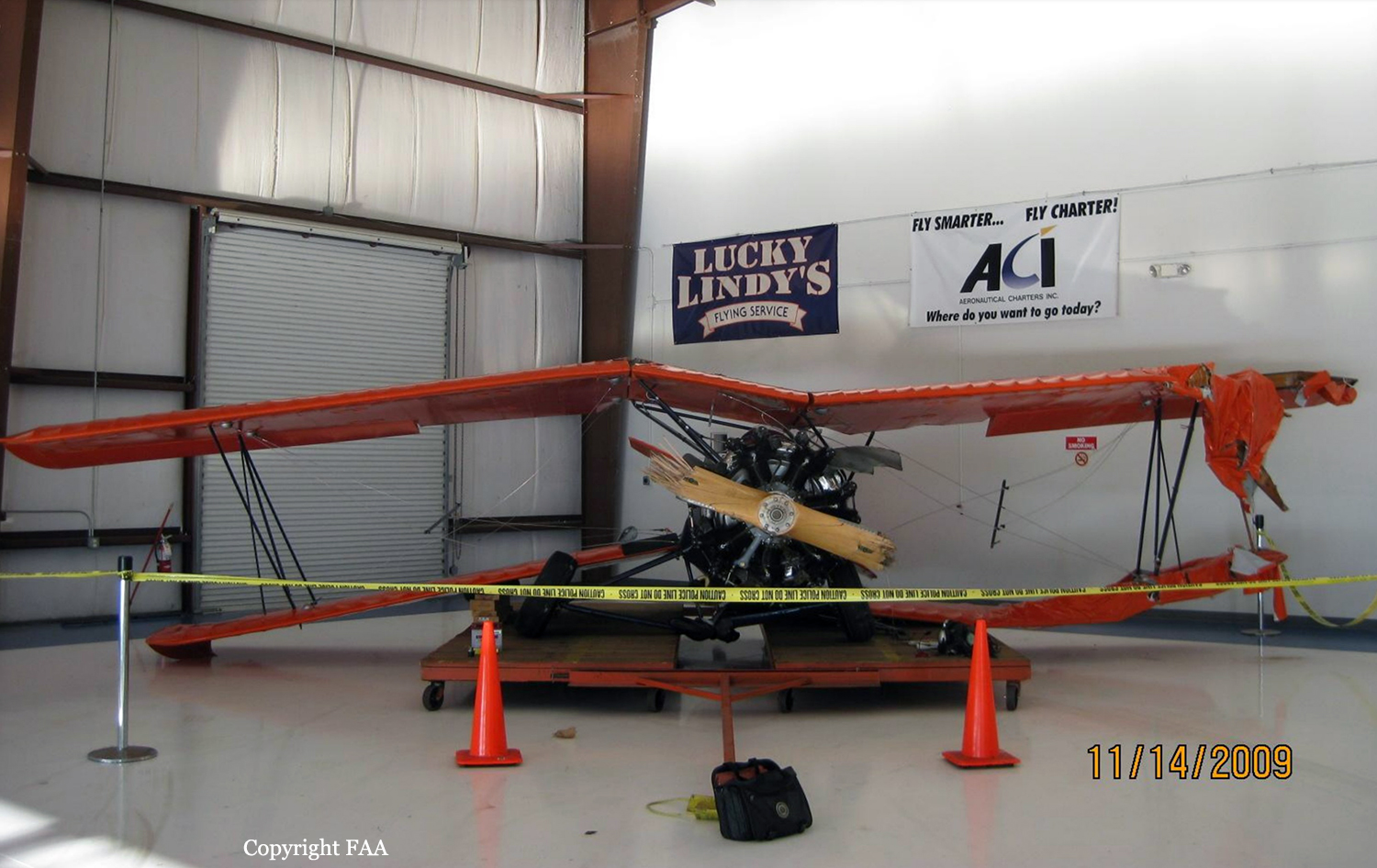 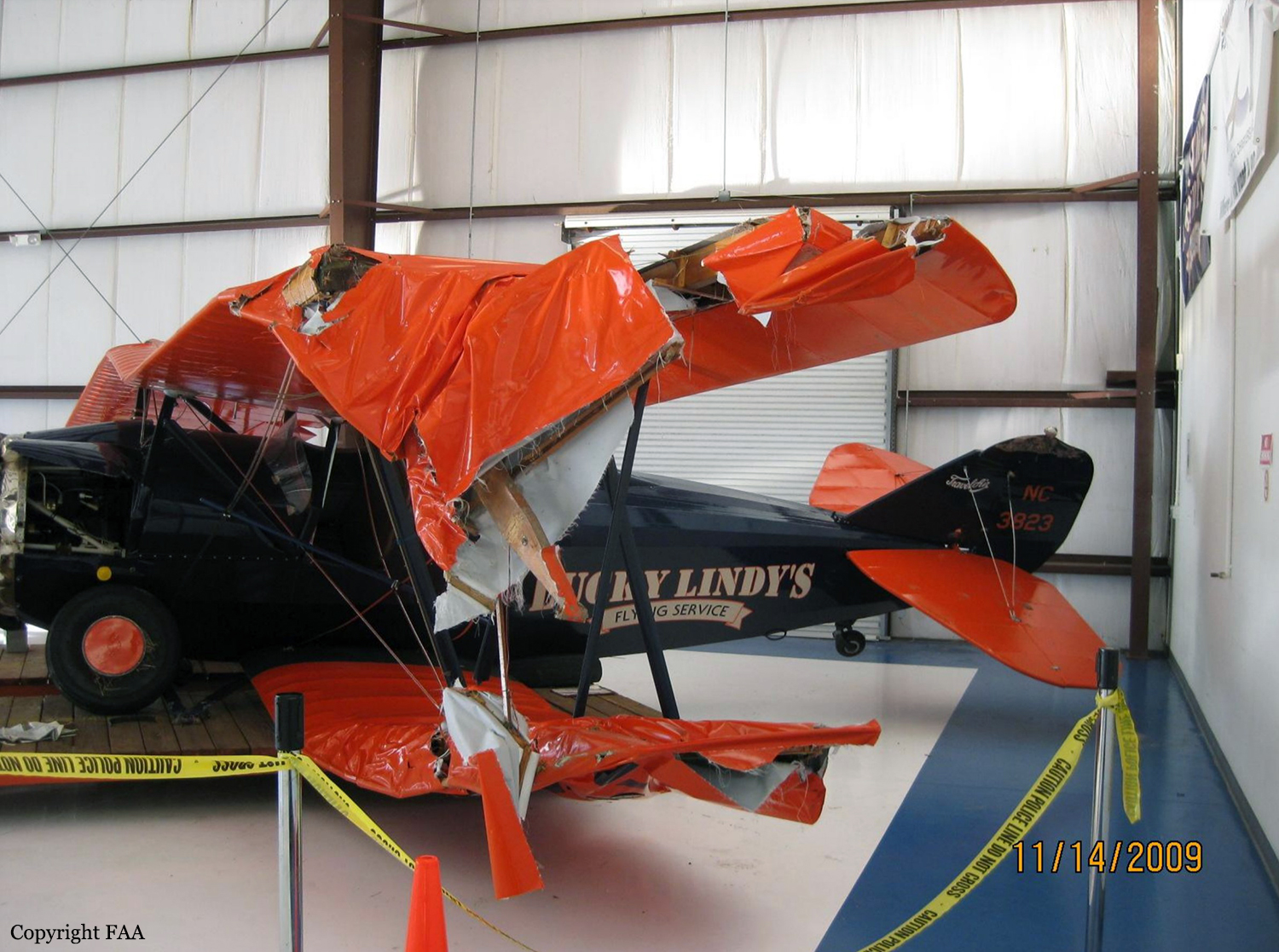 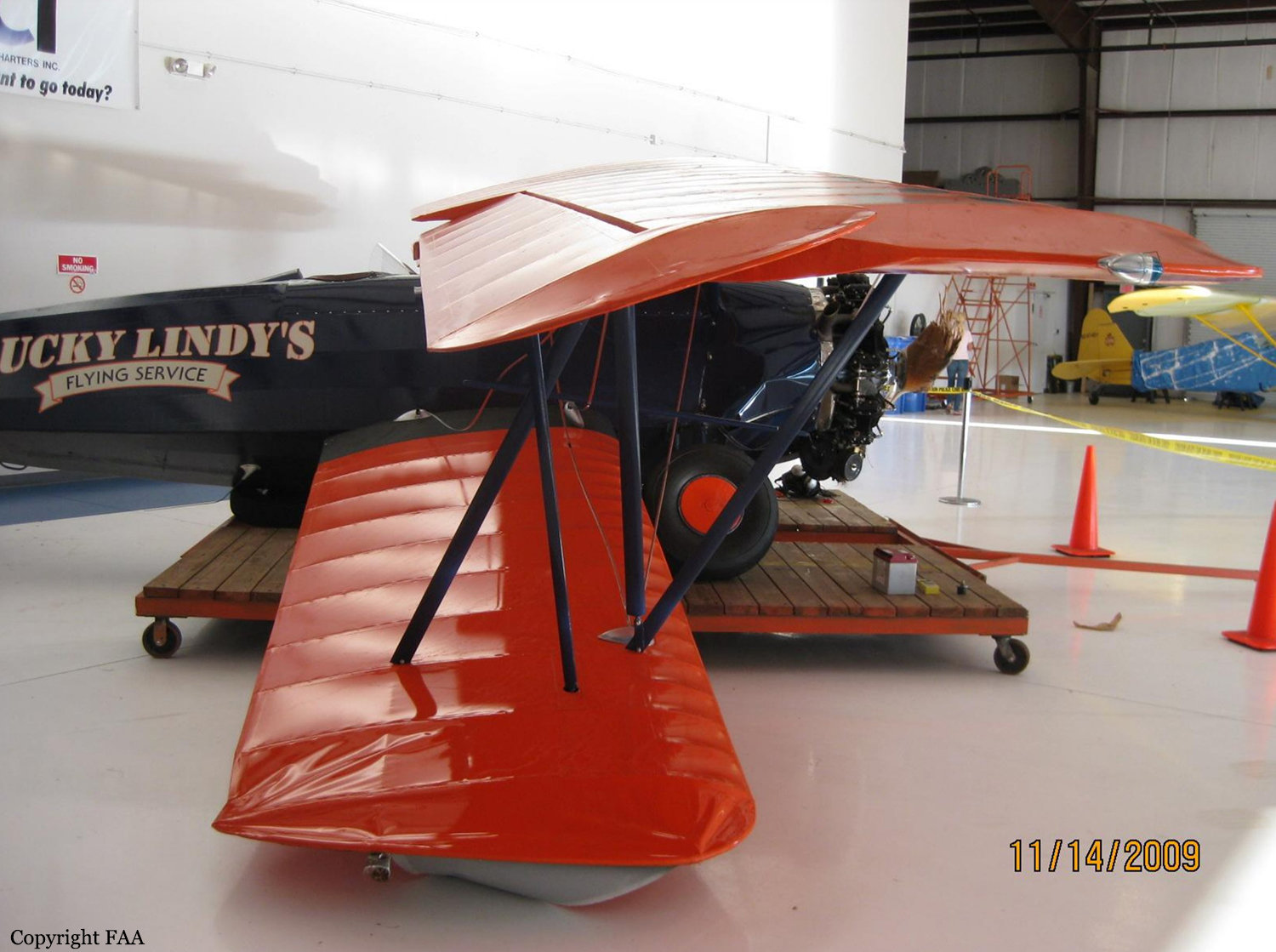 Type of aircraft:
Travel Air 4000
Operator:
Biplane Adventure Tours
Registration:
NC365M
Flight Phase:
Takeoff (climb)
Flight Type:
Private
Survivors:
Yes
Site:
Airport (less than 10 km from airport)
Schedule:
Marlboro - Marlboro
MSN:
1297
Location:
Marlboro
New Jersey
Country:
United States of America
Region:
North America
Crew on board:
1
Crew fatalities:
Pax on board:
2
Pax fatalities:
Other fatalities:
Total fatalities:
2
Captain / Total flying hours:
2636
Captain / Total hours on type:
336.00
Aircraft flight hours:
6276
Circumstances:
This flight was the ninth sightseeing flight of the day for this airplane and pilot. No problems had been reported on the earlier flights. After takeoff and at an altitude of approximately 150 feet, the engine lost power and it began to sputter. The pilot initiated a left turn to land on a field north of the airport. During this turn, the pilot lost control of the airplane, and it impacted the ground in a nose low attitude. A post-impact fire destroyed the airplane and severely burned the engine. An examination of the engine revealed no discrepancies. The pilot was seriously injured while both passengers were killed.
Probable cause:
The loss of engine power for undetermined reasons, and the pilot's failure to maintain adequate airspeed, which resulted in an inadvertent stall and inflight collision with the terrain.
Final Report:

Registration:
N1592
Flight Phase:
Flight
Flight Type:
Spraying (Agricultural)
Survivors:
Yes
Site:
Plain, Valley
Schedule:
Lodi - Lodi
MSN:
288
Location:
Lodi
California
Country:
United States of America
Region:
North America
Crew on board:
1
Crew fatalities:
Pax on board:
0
Pax fatalities:
Other fatalities:
Total fatalities:
0
Captain / Total flying hours:
8000
Captain / Total hours on type:
1300.00
Aircraft flight hours:
6413
Circumstances:
According to the operator of the spray operation, the pilot became distracted, when he was watching the grower drive out of the field he had sprayed. While he was watching the vehicle, he inadvertently allowed the aircraft to collide with power lines. There was no reported mechanical malfunction.
Probable cause:
The failure of the pilot to see and avoid power lines, while distracted by a moving vehicle on the ground.
Final Report: 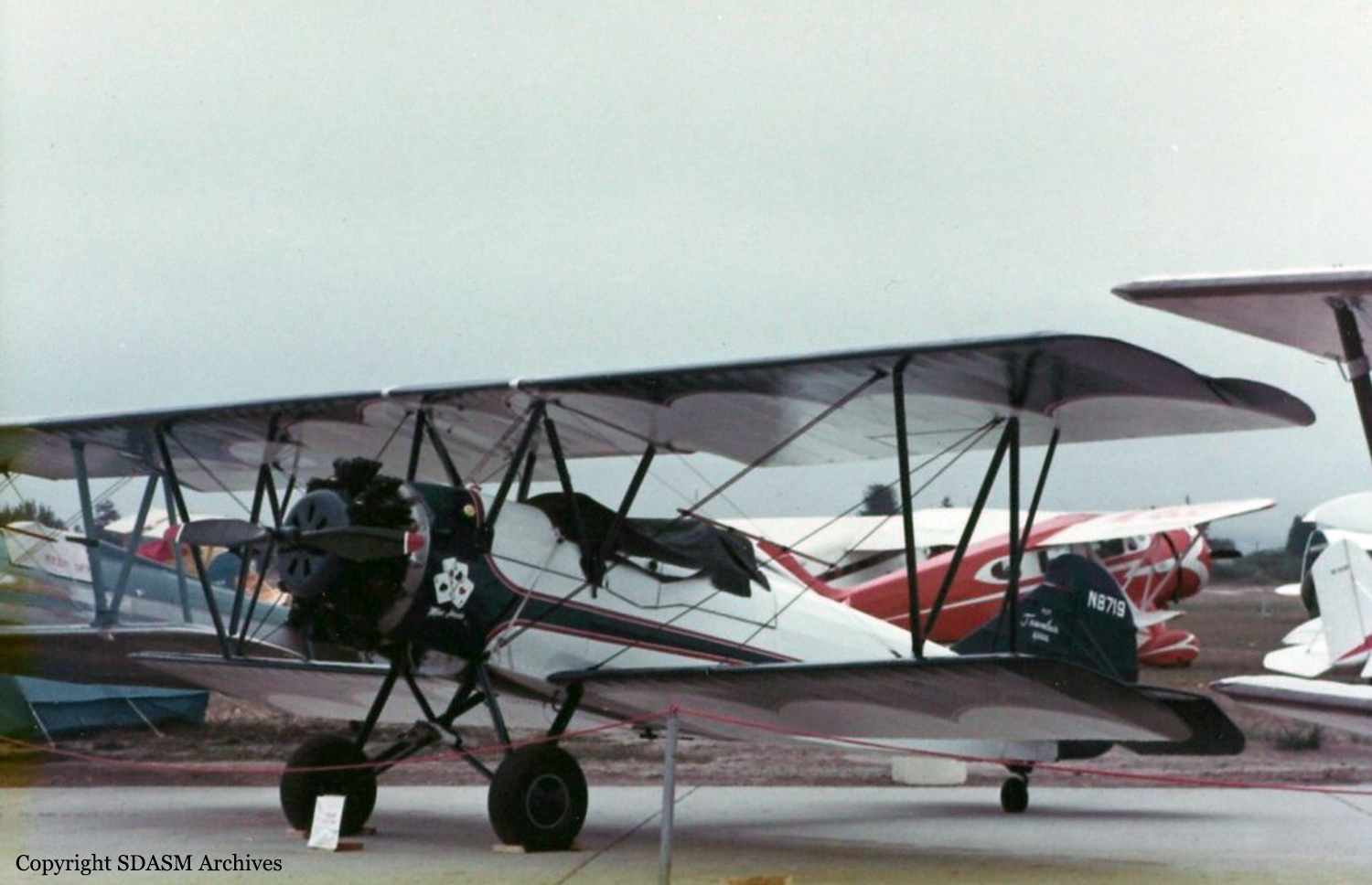 Crash of a Travel Air 4000 in Tolleson

Crash of a Travel Air 4000 in Morgantown: 1 killed