Crash of a Learjet 55 Longhorn in Monmouth

Type of aircraft:
Learjet 55 Longhorn
Operator:
Expectra Aviation
Registration:
N135LR
Flight Phase:
Landing (descent or approach)
Flight Type:
Charter/Taxi (Non Scheduled Revenue Flight)
Survivors:
Yes
Site:
Airport (less than 10 km from airport)
Schedule:
Richmond – Monmouth
MSN:
55-068
YOM:
1982
Location:
Monmouth
New Jersey
Country:
United States of America
Region:
North America
Crew on board:
2
Crew fatalities:
Pax on board:
3
Pax fatalities:
Other fatalities:
Total fatalities:
0
Captain / Total flying hours:
18288
Captain / Total hours on type:
2909.00
Copilot / Total flying hours:
14759
Copilot / Total hours on type:
1978
Aircraft flight hours:
12792
Circumstances:
The pilot reported that he and the copilot were conducting an instrument approach to the runway in a business jet. He noted that the weather conditions included fog and mist. After touching down about 1,500 ft down the 7,300-ft-long runway, he engaged the thrust reversers and applied the brakes gradually because the runway was "slippery." As the airplane approached the end of the runway, he applied full braking, but the airplane departed the end of the runway and impacted a ditch, which resulted in the forward landing gear breaking and the airplane nosing down. The copilot corroborated the pilot's statement. The fuselage was substantially damaged. The pilot reported that there were no preaccident mechanical malfunctions or failures with the airplane that would have precluded normal operation.
Probable cause:
The flight crew's failure to stop the airplane on the available runway, which was wet and resulted in the airplane impacting a ditch.
Final Report: 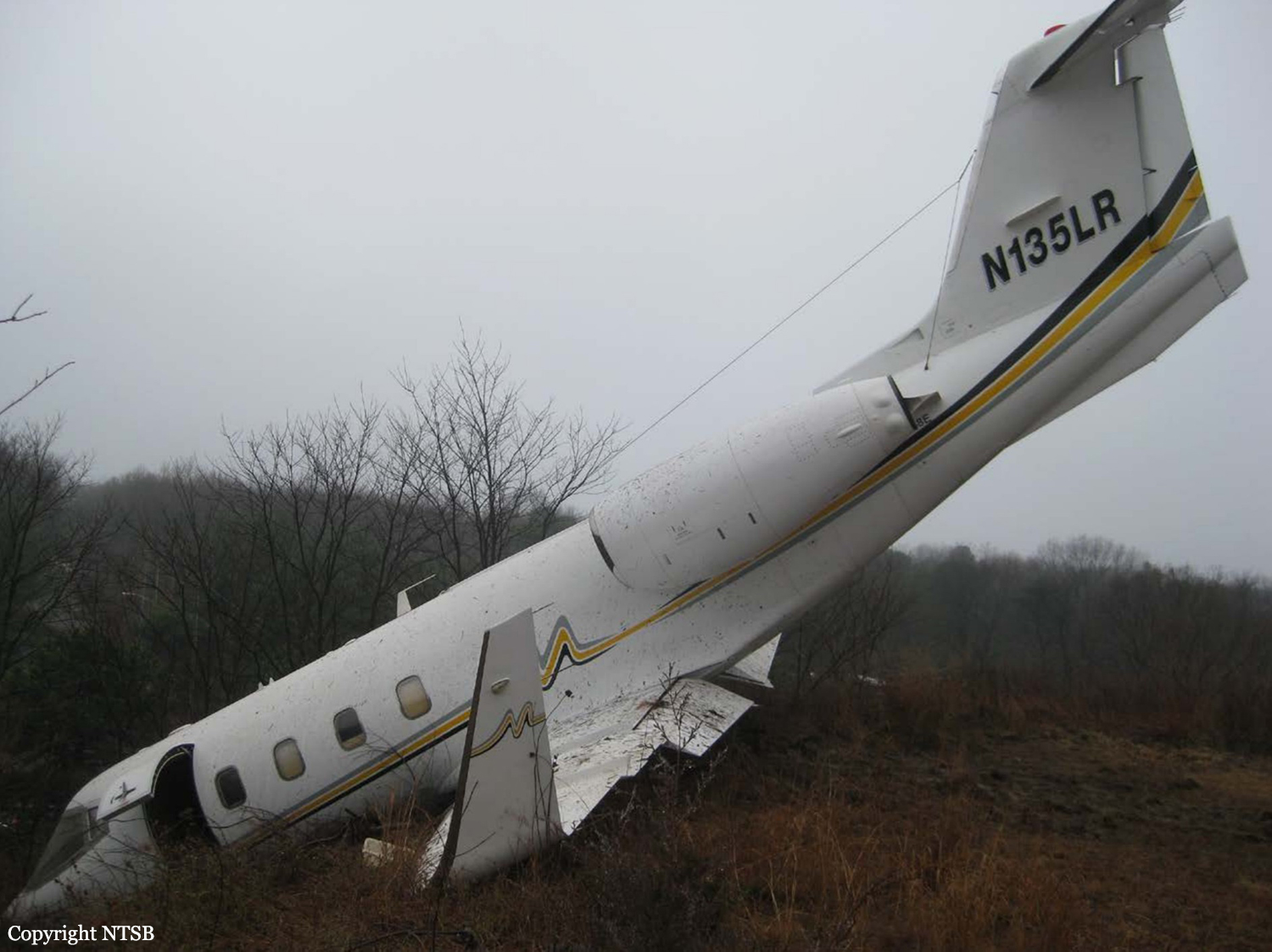 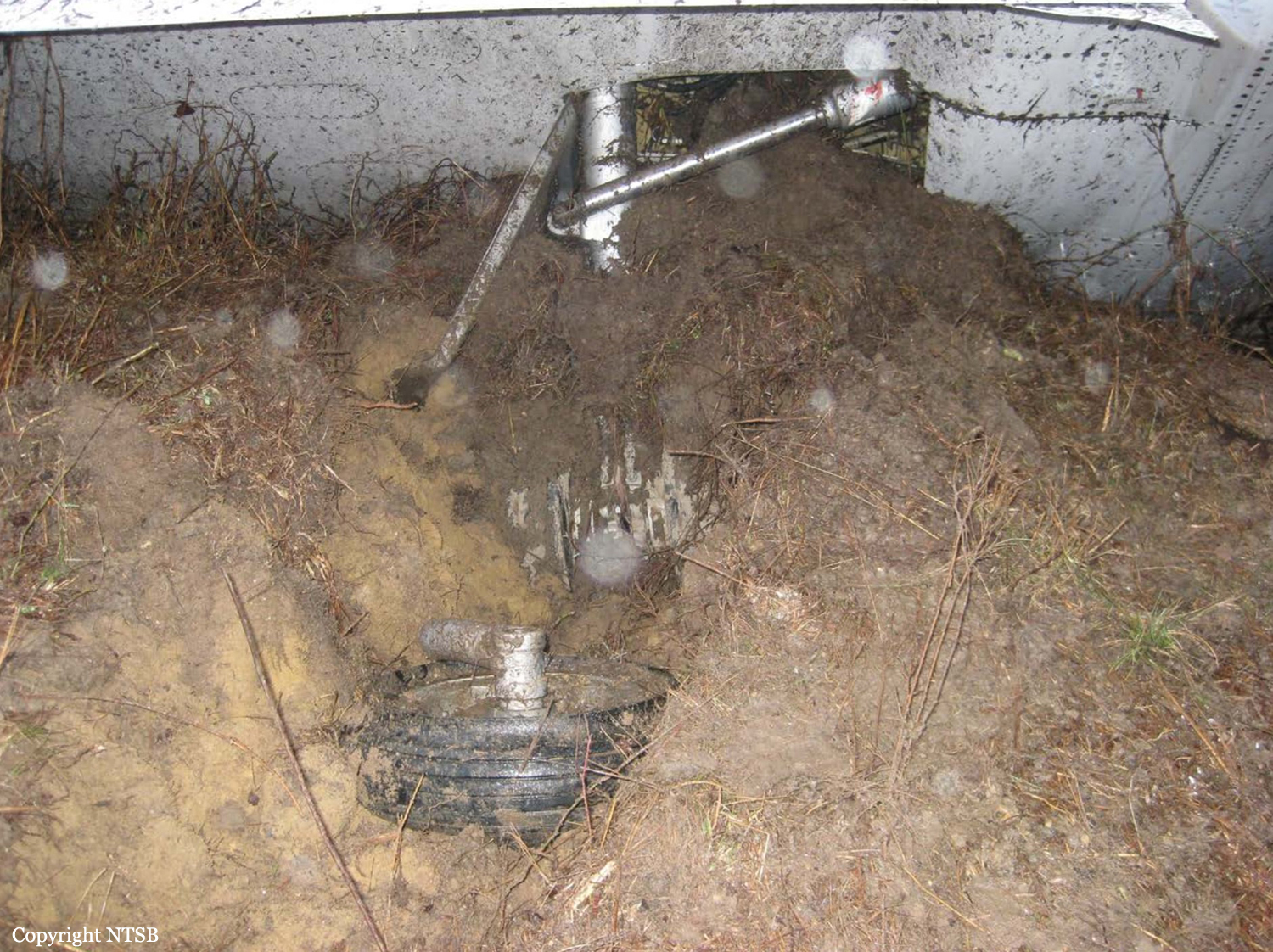 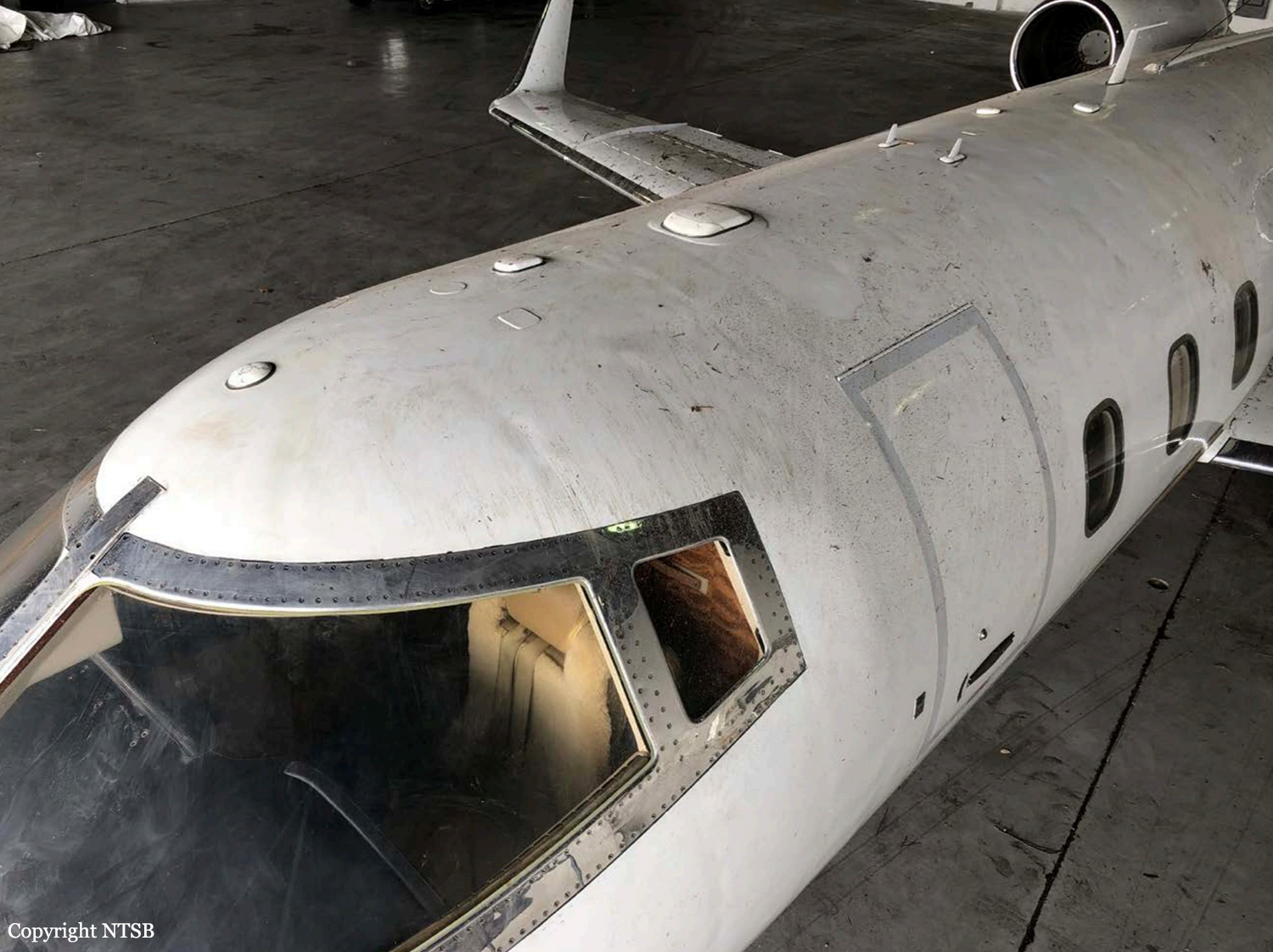 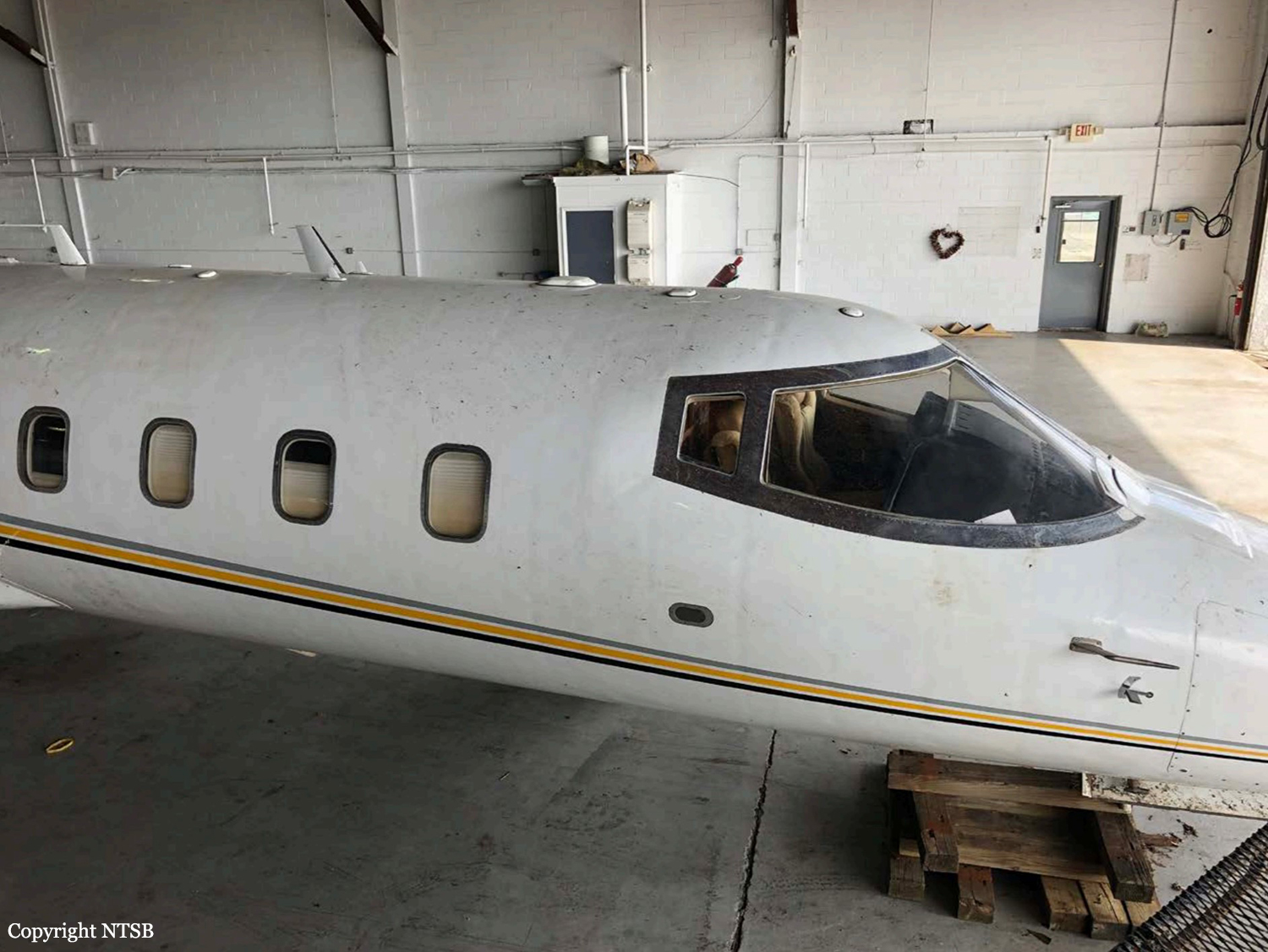 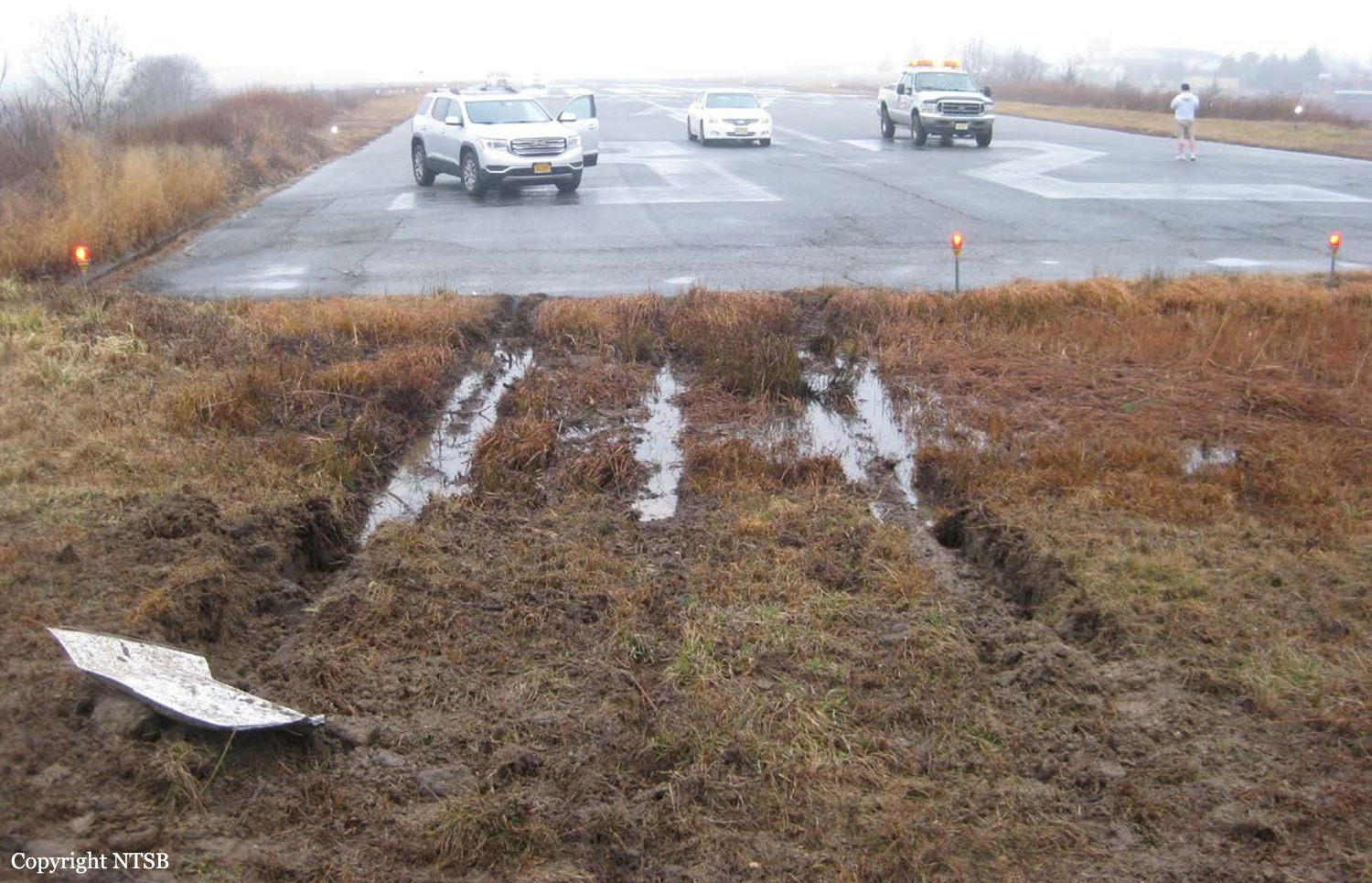 Crash of a Cessna 414A Chancellor in Colonia: 1 killed

Type of aircraft:
Cessna 414 Chancellor
Operator:
Warbird Associates
Registration:
N959MJ
Flight Phase:
Landing (descent or approach)
Flight Type:
Private
Survivors:
No
Site:
City
Schedule:
Leesburg - Linden
MSN:
414A-0471
YOM:
1980
Location:
Colonia
New Jersey
Country:
United States of America
Region:
North America
Crew on board:
1
Crew fatalities:
Pax on board:
0
Pax fatalities:
Other fatalities:
Total fatalities:
1
Captain / Total flying hours:
7173
Captain / Total hours on type:
1384.00
Aircraft flight hours:
7712
Circumstances:
On October 29, 2019, at 1058 eastern daylight time, a Cessna 414A airplane, N959MJ, was destroyed when it was involved in an accident in Colonia, New Jersey. The commercial pilot was fatally injured. The airplane was operated as a Title 14 Code of Federal Regulations (CFR) Part 91 personal flight. The pilot’s spouse reported that he planned to depart Leesburg Executive Airport (JYO), Leesburg, Virginia, about 0900 local; however, he delayed his departure due to the weather at his destination, Linden Airport (LDJ), Linden, New Jersey. She reported that the pilot was scheduled to give a lecture in Queens, New York, in the afternoon. Review of radar and flight plan data provided by the Federal Aviation Administration (FAA) revealed that the airplane departed JYO at 0950 on an instrument flight rules (IFR) flight plan and proceeded on course to LDJ. At 1053:20, the airplane’s radar altitude was 2,000 ft mean sea level (msl) and its position was over the DAPVY GPS waypoint, which was the first waypoint associated with the GPS-A circling instrument approach procedure to LDJ. The airplane then turned to a northeast heading, which was consistent with the final approach course for the GPS-A approach. For the next 2 1/2 minutes, the airplane descended along the final approach course and crossed the final approach fix (GEZSY) about 1,200 ft msl (radar altitude). During the descent from DAPVY to GEZSY, the airplane’s groundspeed varied from about 110 knots, to 140 knots, and then to 100 knots. The airplane continued to descend after GEZSY and crossed the subsequent waypoint of 3 nautical miles (nm) from BAUTZ about 700 ft msl. From GEZSY t0 3nm to BAUTZ the groundspeed varied from about 100 knots, to 115 knots, and to 85 knots. The airplane subsequently descended to 600 ft msl, maintained course, and remained at 600 ft for about 1 minute. During this time, groundspeed varied and increased from about 80 knots to 90 knots before decreasing to 65 knots. At 1058:02, the airplane’s flight track turned left off course and the airplane rapidly descended. The final radar return, at 1058:07, was less than 1/10 mile from the accident site and showed the airplane at 200 ft msl headed northwest. About 1050, the controller provided the pilot with a recently received pilot report (PIREP) for cloud bases at 500 ft overcast at nearby Newark Liberty International Airport (EWR). The pilot acknowledged and subsequently informed the controller that LDJ was reporting bases at 700 ft. The controller then informed the pilot that the automated report at EWR was reporting an 800 ft broken ceiling. At 1051:50 the pilot was cleared for the GPS-A nonprecision circling instrument approach procedure to LDJ. At 1056:56, the controller stated to the pilot, “say flight conditions.” The pilot immediately responded, “say again oh we're still IFR.” At 1058:06 the controller again asked the pilot to say the flight conditions; however, there was no response. At 1058:12, the controller stated to the pilot, “check altitude immediately;” however, there was no response from the pilot. This was the only altitude warning the controller provided to the pilot. The controller attempted to reach the pilot again multiple times, but there was no response.
Final Report: 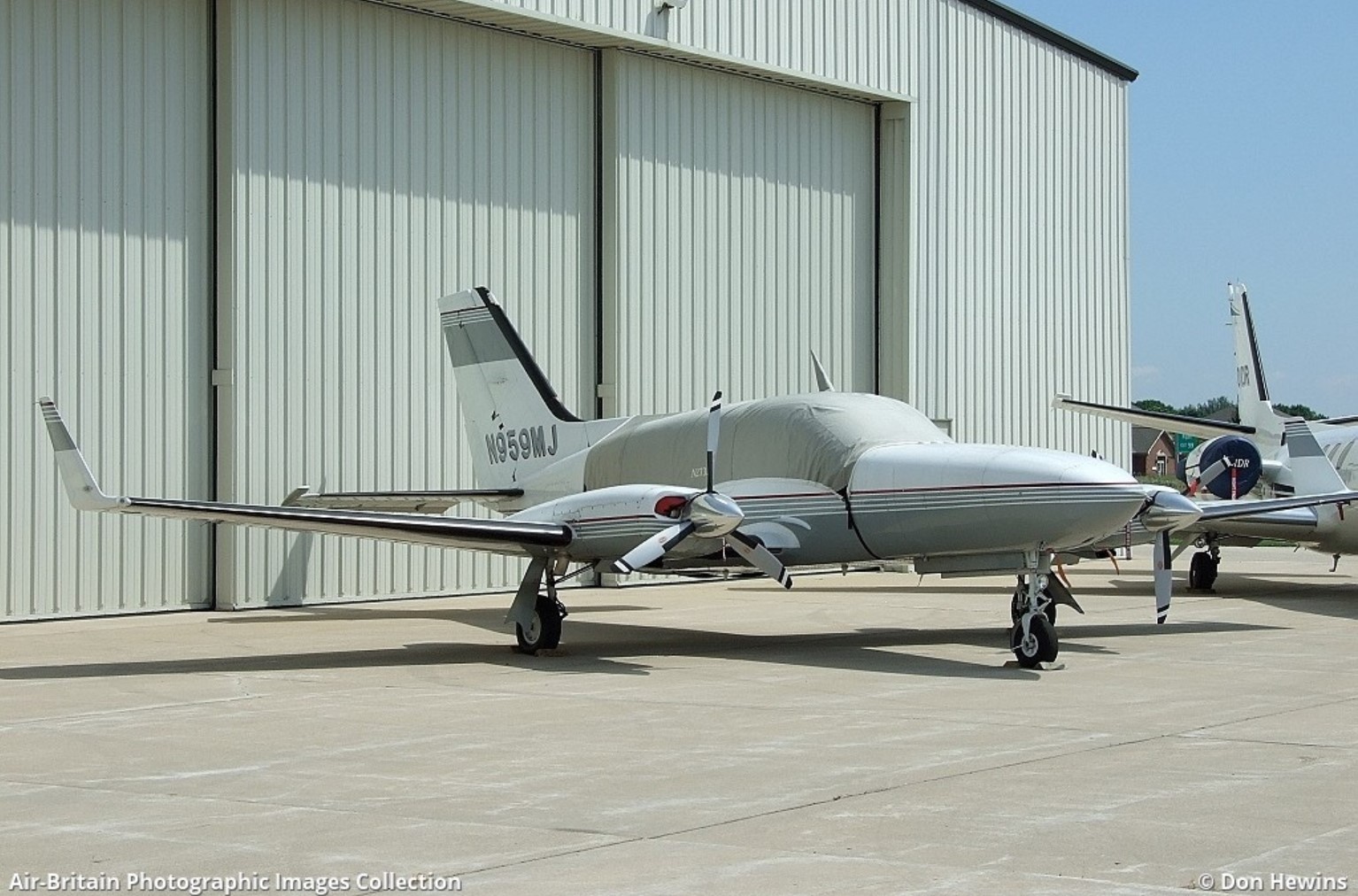 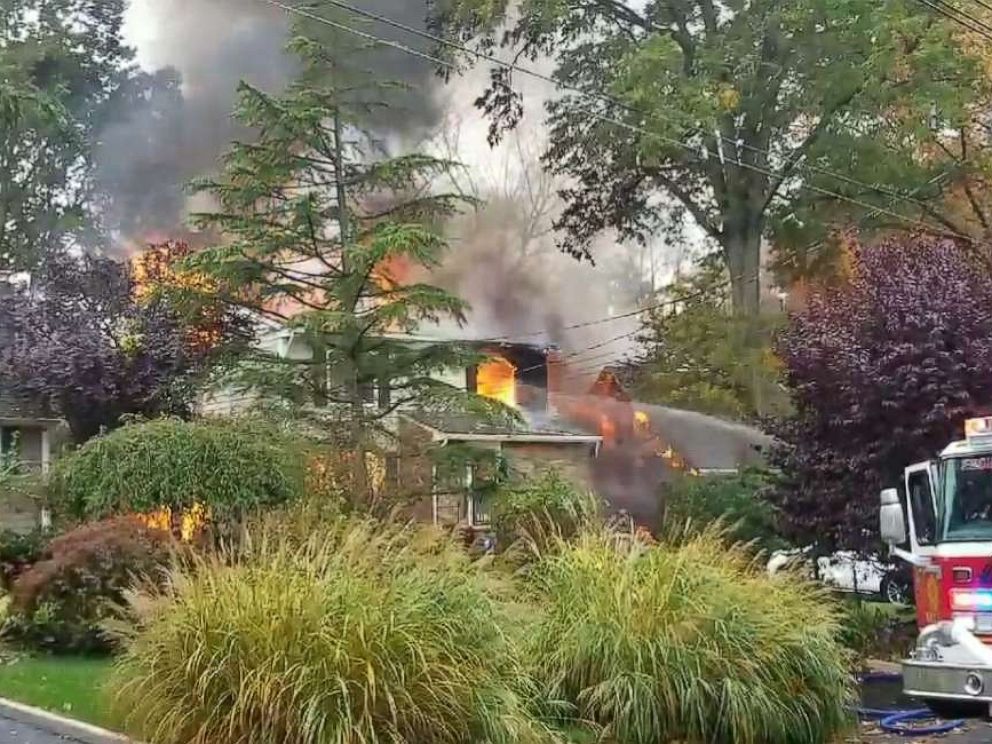