Crash of a Piper PA-31P Pressurized Navajo in Laredo: 2 killed

Type of aircraft:
Piper PA-31-310 Navajo
Operator:
Robert R. Marshall
Registration:
N82605
Flight Phase:
Takeoff (climb)
Flight Type:
Private
Survivors:
No
Site:
Airport (less than 10 km from airport)
Schedule:
Laredo - Laredo
MSN:
31P-7730010
YOM:
1977
Location:
Laredo
Texas
Country:
United States of America
Region:
North America
Crew on board:
2
Crew fatalities:
Pax on board:
0
Pax fatalities:
Other fatalities:
Total fatalities:
2
Captain / Total flying hours:
4243
Copilot / Total flying hours:
194
Aircraft flight hours:
3185
Circumstances:
The commercial pilot and passenger, who held a student certificate, departed runway 18R for a local flight in a multi-engine airplane. The pilot held a flight instructor certificate for single-engine airplane. Just after takeoff, the tower controller reported to the pilot that smoke was coming from the left side of the airplane. The pilot acknowledged, stating that they were going to "fix it," and then entered a left downwind for runway 18R, adding that they didn't need any assistance. The controller subsequently cleared the airplane to land on runway 18L, which the pilot acknowledged. Two witnesses reported seeing the smoke come from the left engine. Still images taken from airport security video show the airplane before making the turn to land with white smoke trailing and the landing gear down. The airplane was then seen in a steep left turn to final approach exceeding 90° of bank, before it impacted terrain, just short of the runway in a near vertical attitude. A postcrash fire ensued. The examination of the wreckage found that the left engine's propeller was not being driven by the engine at the time of impact. The left propeller was not in the feathered position and the landing gear was found extended. The damage to the right engine propeller blades was consistent with the engine operating at high power at impact. The examination of the airframe and engines revealed no evidence of preimpact anomalies; however, the examinations were limited by impact and fire damage which precluded examination of the hoses and lines associated with the engines. The white smoke observed from the left side of the airplane was likely the result of an oil leak which allowed oil to reach the hot exterior surfaces of the engine; however, this could not be verified due to damage to the engine. There was no evidence of oil starvation for either engine. Both the extended landing gear and non-feathered left propeller would have increased the drag on the airplane. Because the pilot's operating procedures for an engine failure in a climb call for feathering the affected engine and raising the landing gear until certain of making the field, it is unlikely the pilot followed the applicable checklists in response to the situation. Further, the change from landing on runway 18R to 18L also reduced the radius of the turn and increased the required angle of bank. The increased left banked turn, the right engine operating at a high-power setting, and the airplane's increased drag likely decreased the airplane airspeed below the airplane's minimum controllable airspeed (Vmc), which resulted in a loss of control.
Probable cause:
An engine malfunction for undetermined reasons and the subsequent loss of control, due to the pilot's improper decision to maneuver the airplane below minimum controllable airspeed and his improper response to the loss of engine power.
Final Report: 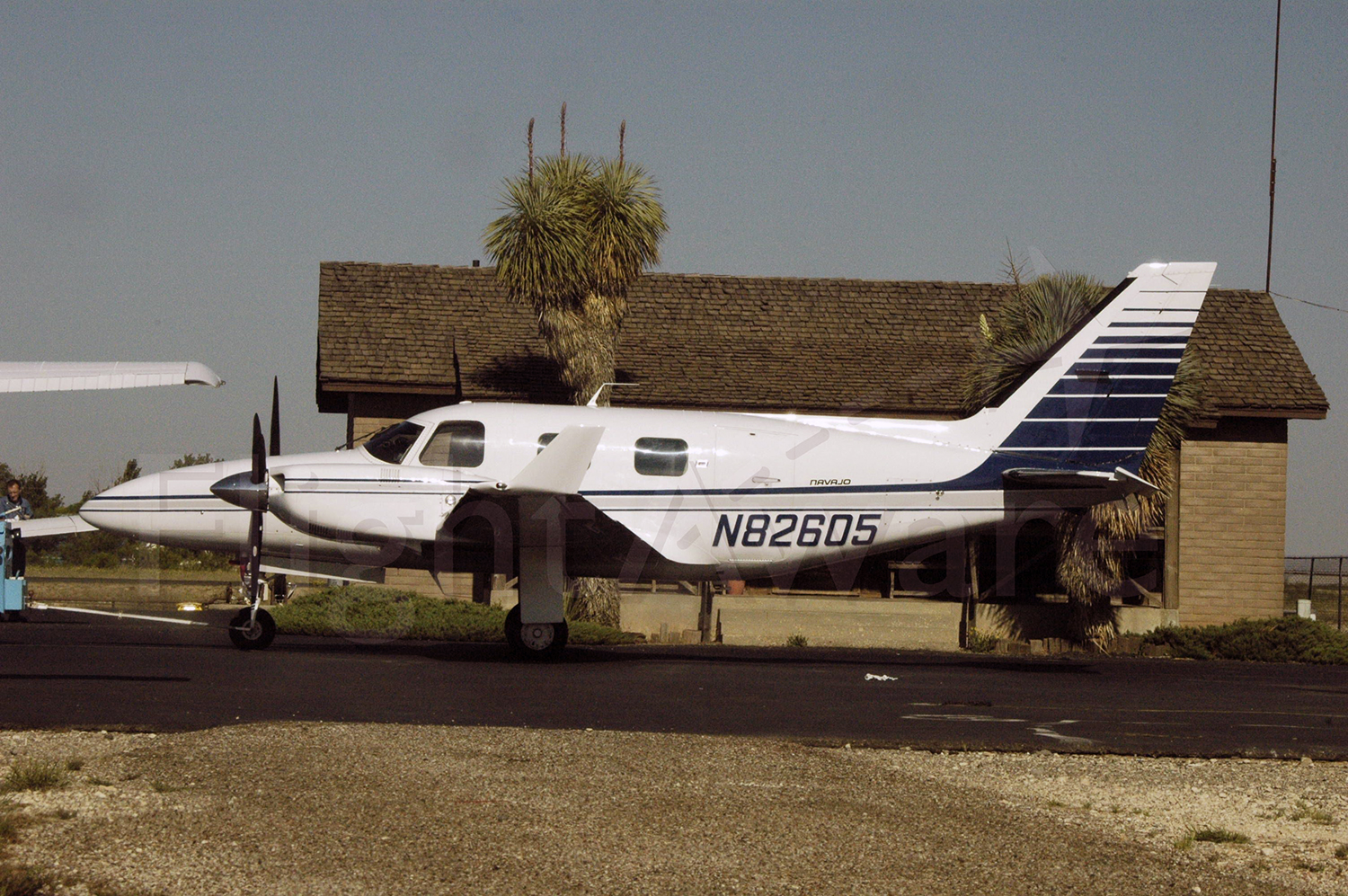 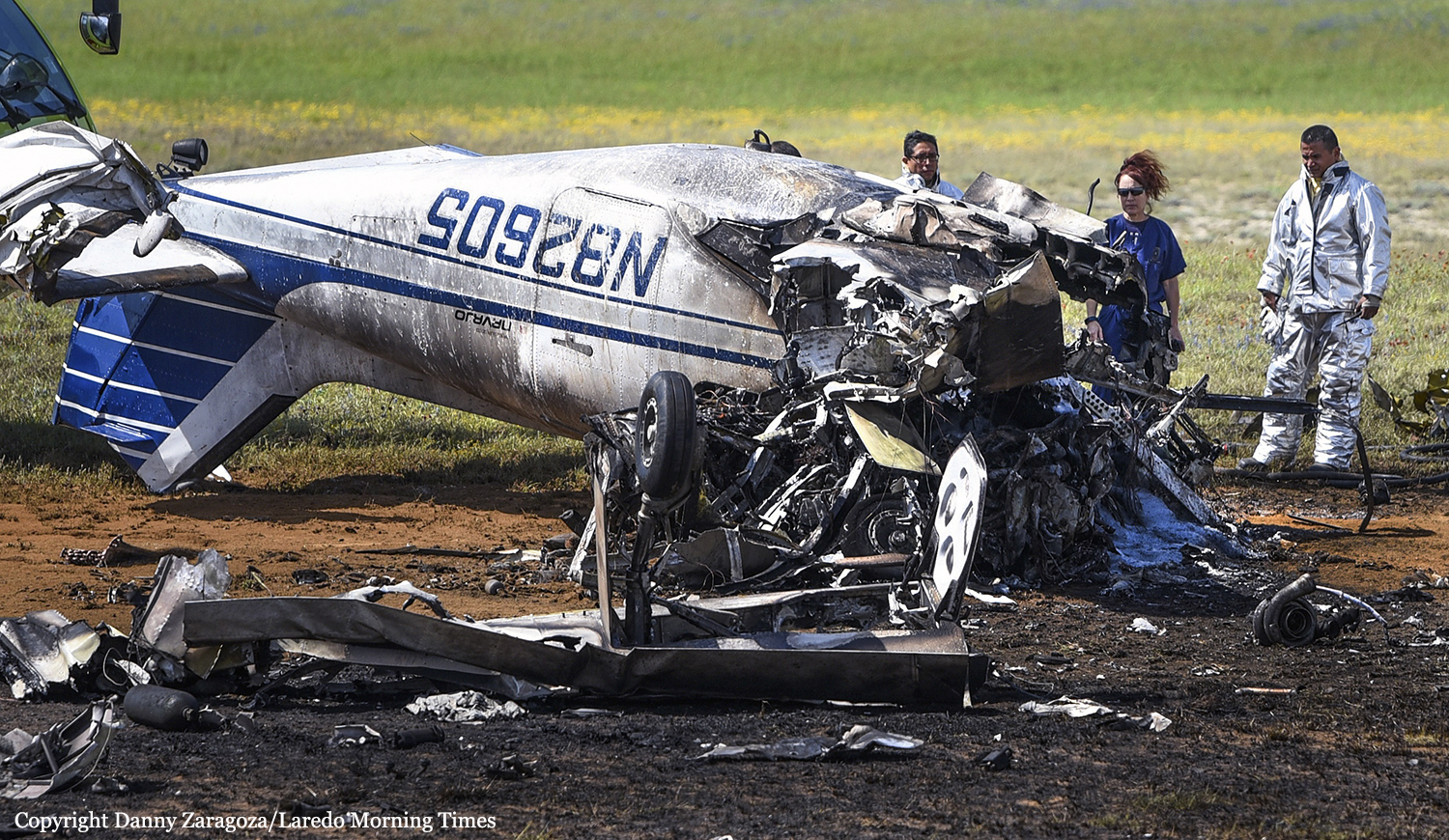 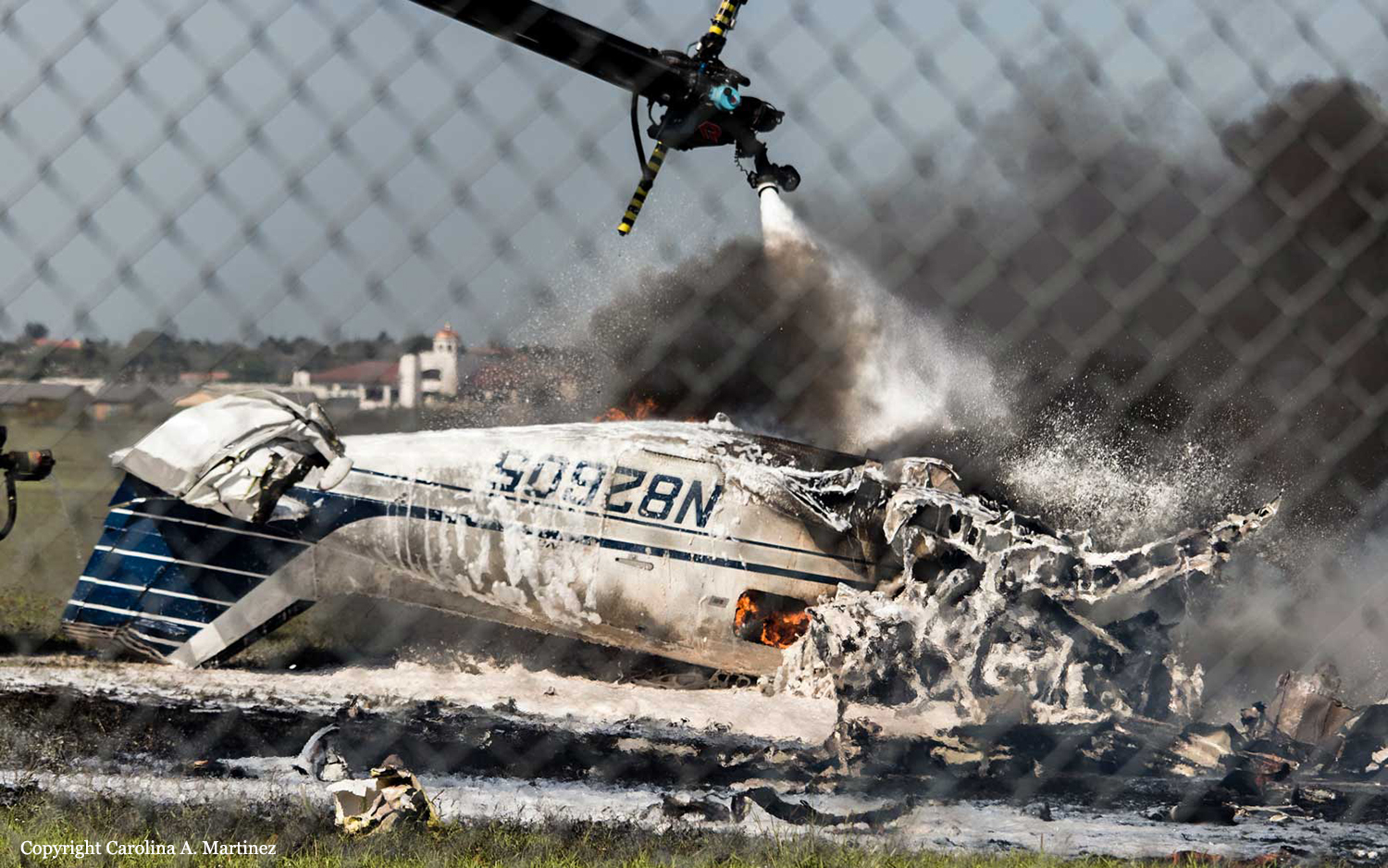 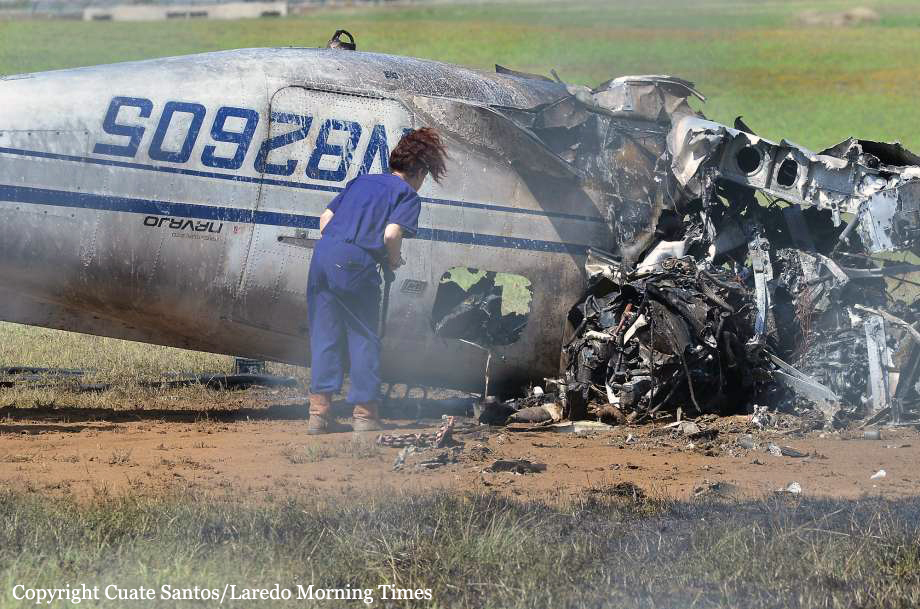 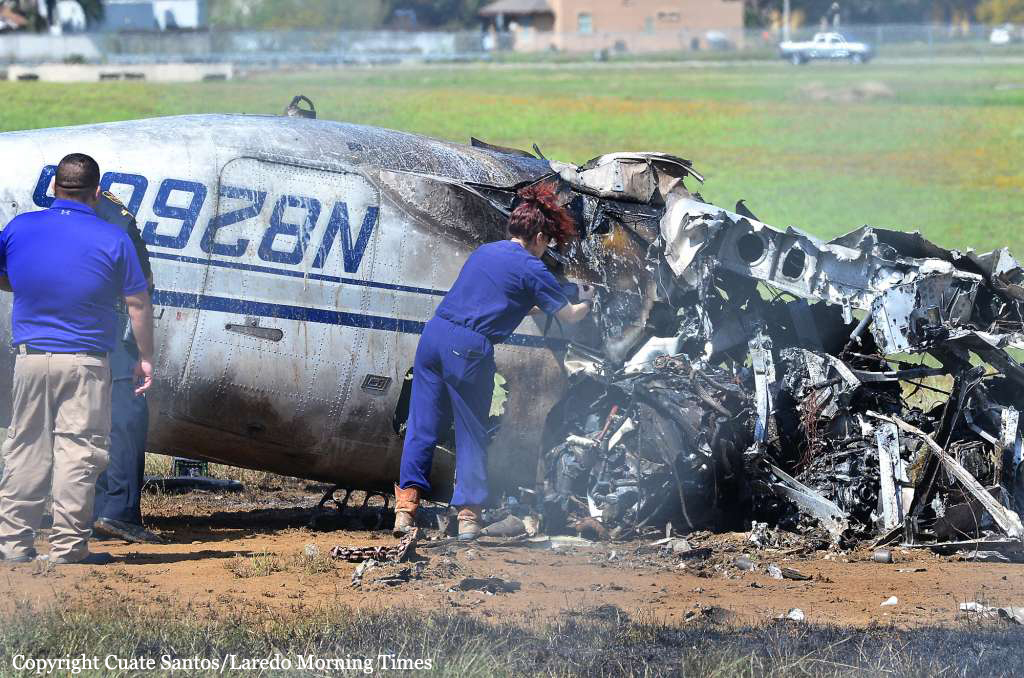 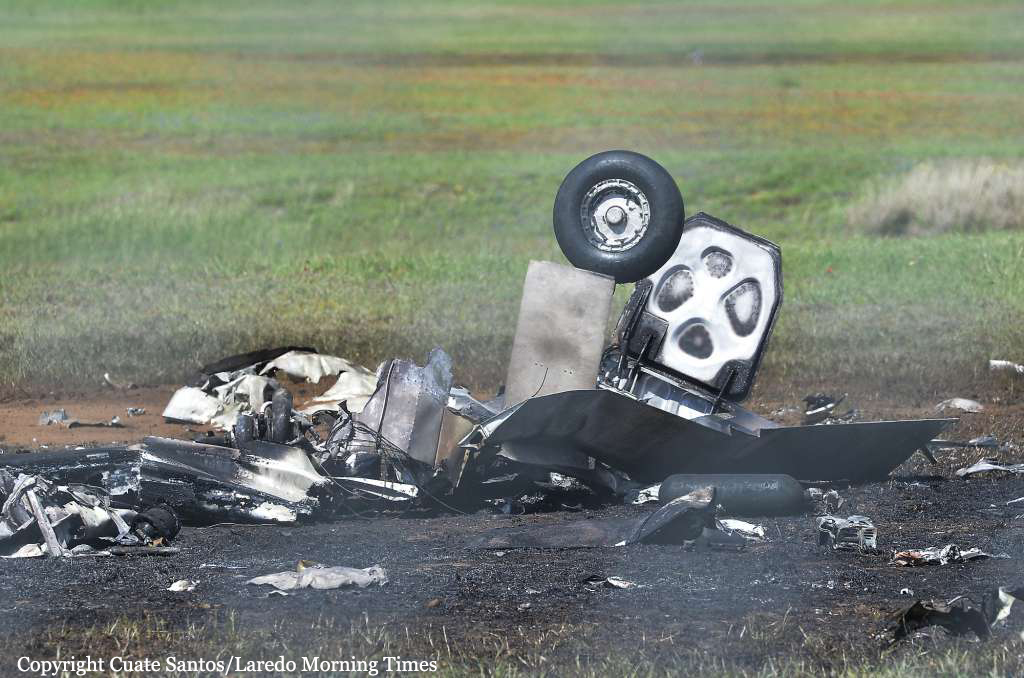 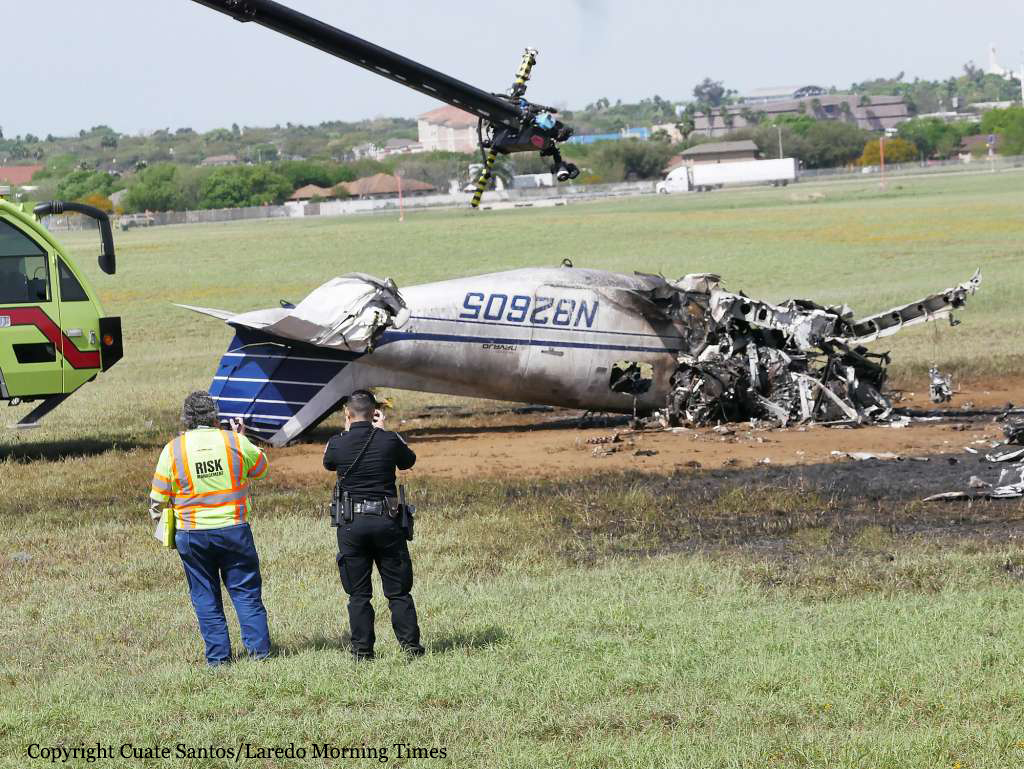 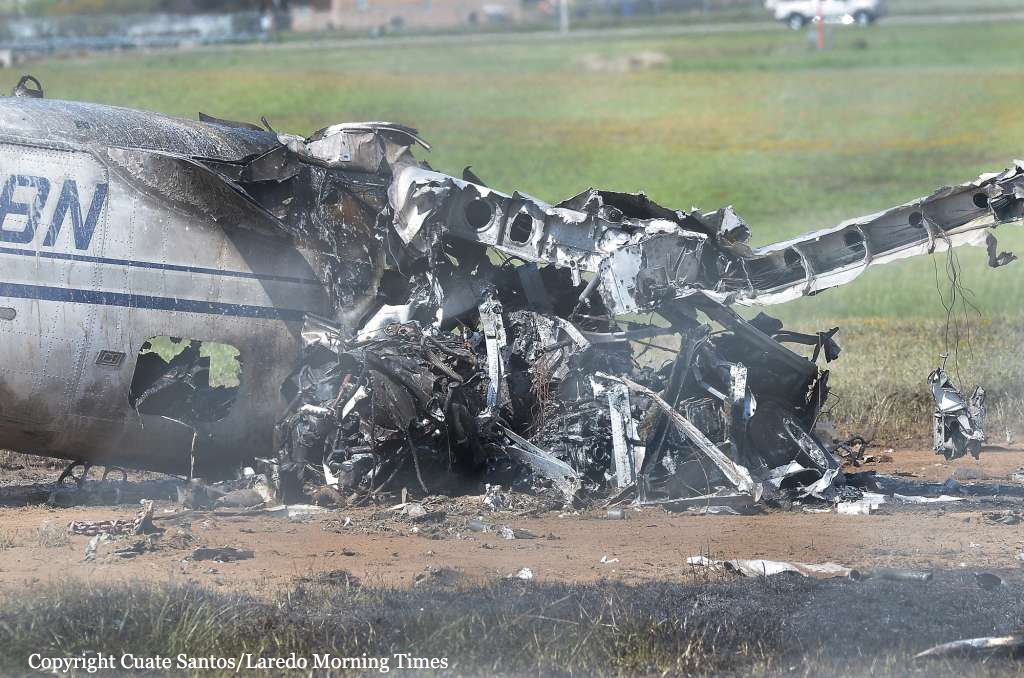 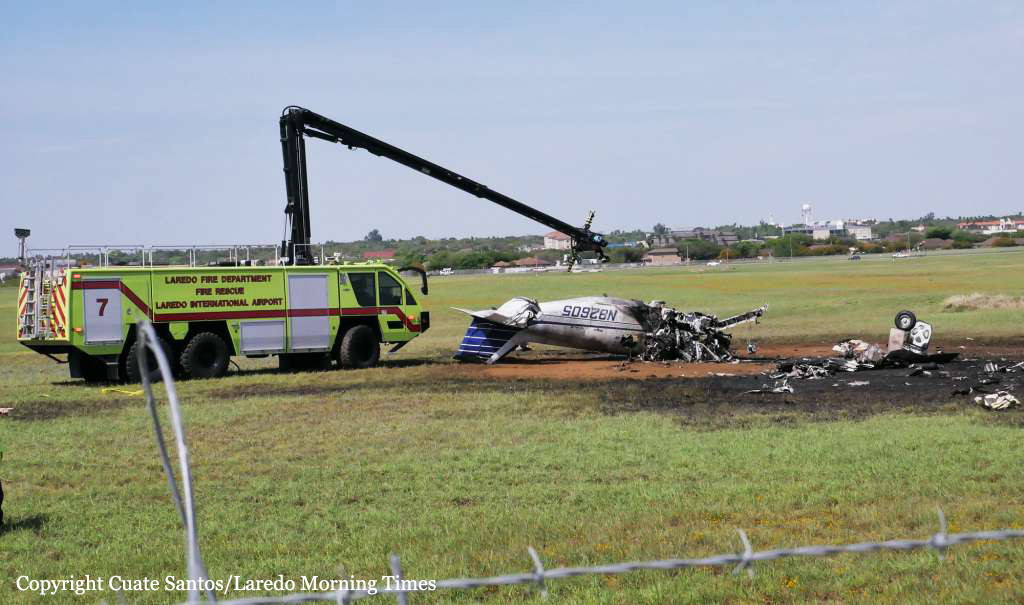 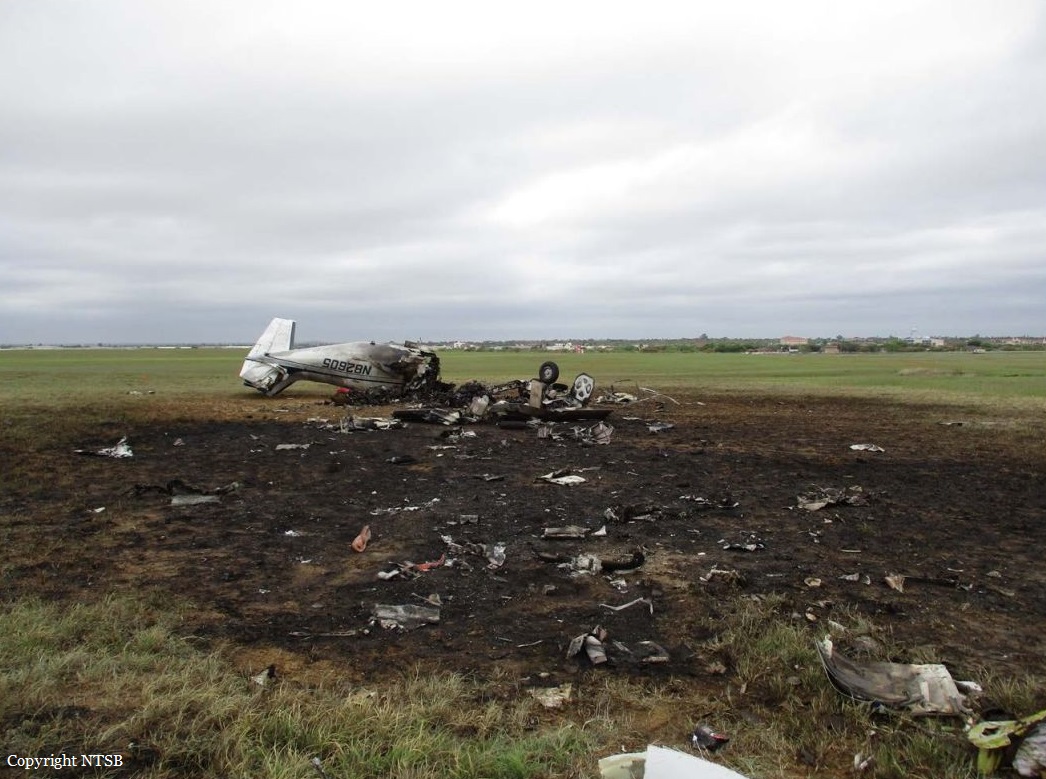 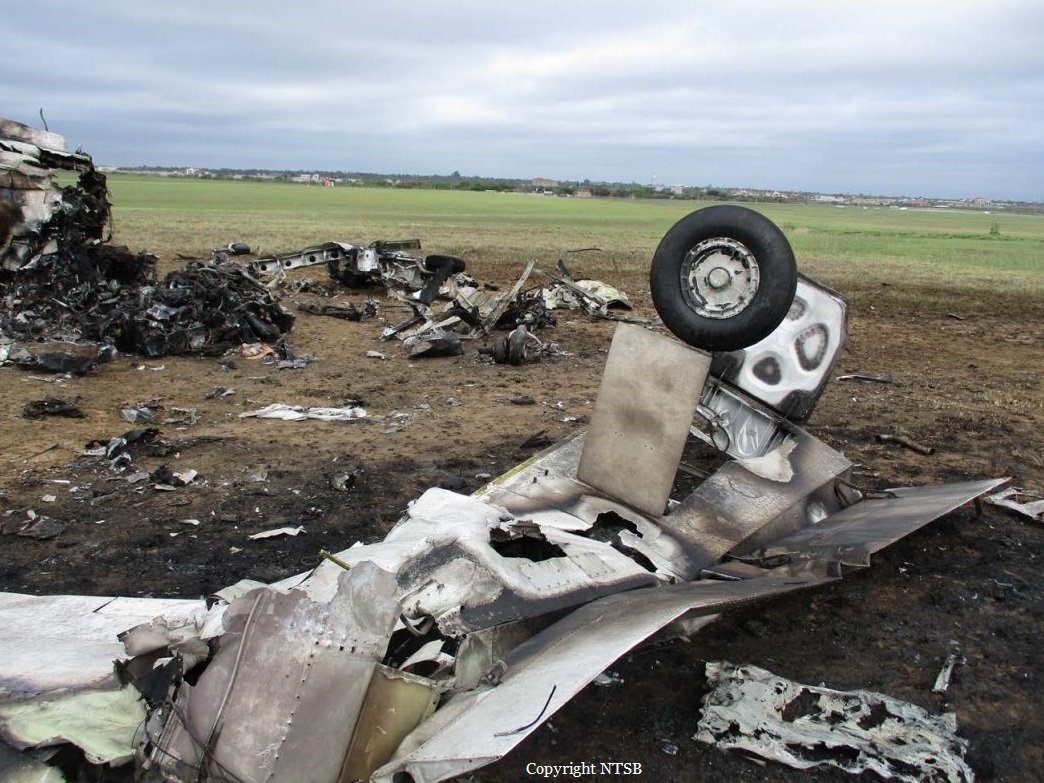 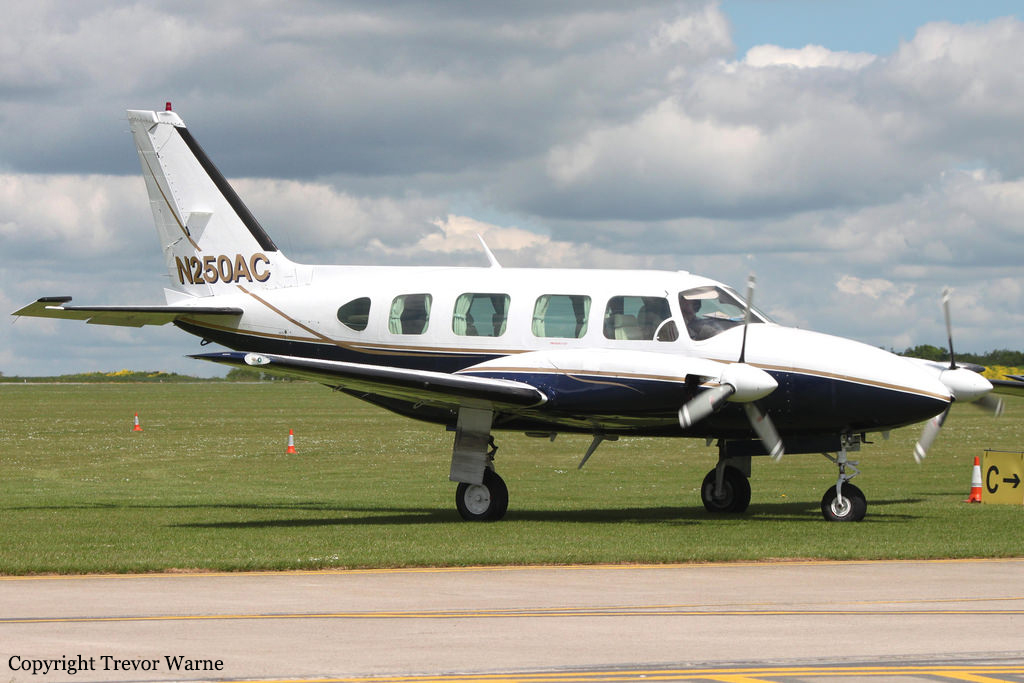 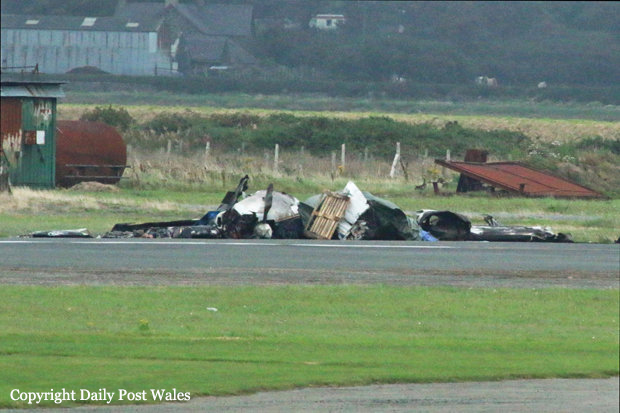 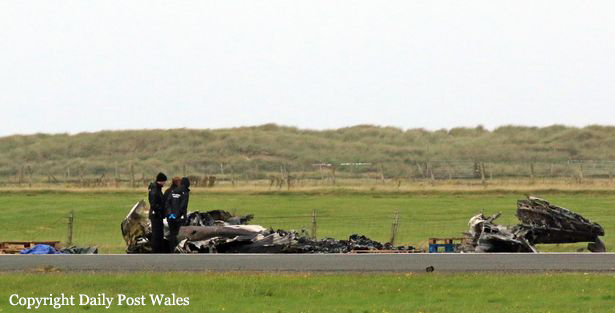 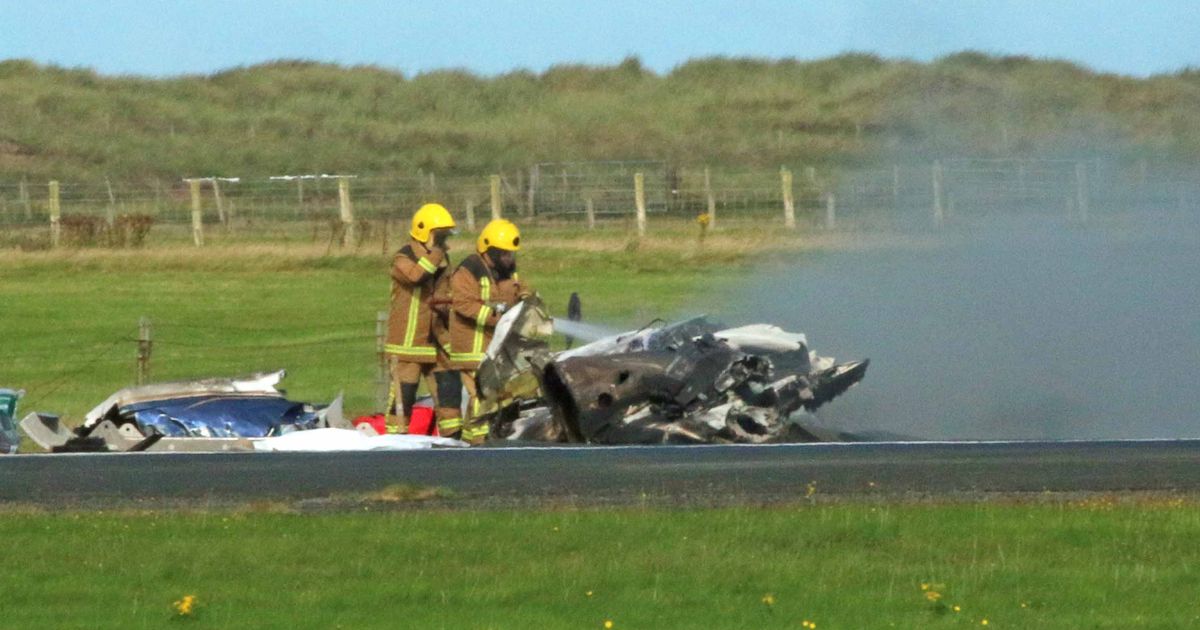 Registration:
C-GQAM
Flight Phase:
Flight
Flight Type:
Cargo
Survivors:
No
Site:
Plain, Valley
Schedule:
Quebec - Montreal
MSN:
31-7912093
YOM:
1979
Location:
Colton
New York
Country:
United States of America
Region:
North America
Crew on board:
1
Crew fatalities:
Pax on board:
0
Pax fatalities:
Other fatalities:
Total fatalities:
1
Captain / Total flying hours:
5250
Captain / Total hours on type:
1187.00
Circumstances:
The commercial pilot departed on a planned 1-hour cargo cross-country flight in the autopilot-equipped airplane. About 3 minutes after departure, the controller instructed the pilot to fly direct to the destination airport at 2,000 ft mean sea level (msl). The pilot acknowledged the clearance, and there were no further radio transmissions from the airplane. The airplane continued flying past the destination airport in straight-and-level flight at 2,100 ft msl, consistent with the airplane operating under autopilot control, until it was about 100 miles beyond the destination airport. A witness near the accident site watched the airplane fly over at a low altitude, heard three "pops" come from the airplane, and then saw it bank to the left and begin to descend. The airplane continued in the descending left turn until he lost sight of it as it dropped below the horizon. The airplane impacted trees in about a 45° left bank and a level pitch attitude and came to rest in a heavily wooded area. The airplane sustained extensive thermal damage from a postcrash fire; however, examination of the remaining portions of the airframe, flight controls, engines, and engine accessories revealed no evidence of preimpact failure or malfunction. The fuel selector valves were found on the outboard tanks, which was in accordance with the normal cruise procedures in the pilot's operating handbook. Calculations based on the airplane's flight records and the fuel consumption information in the engine manual indicated that, at departure, the outboard tanks of the airplane contained sufficient fuel for about 1 hour 10 minutes of flight. The airplane had been flying for about 1 hour 15 minutes when the accident occurred. Therefore, it is likely that the fuel in the outboard tanks was exhausted; without pilot action to switch fuel tanks, the engines lost power as a result of fuel starvation, and the airplane descended and impacted trees and terrain. The overflight of the intended destination and the subsequent loss of engine power due to fuel starvation are indicative of pilot incapacitation. The pilot's autopsy identified no significant natural disease:however, the examination was limited by the severity of damage to the body. Further, there are a number of conditions, including cardiac arrhythmias, seizures, or other causes of loss of consciousness, that could incapacitate a pilot and leave no evidence at autopsy. The pilot's toxicology results indicated that the pilot had used marijuana/tetrahydrocannabinol (THC) at some point before the accident. THC can impair judgment, but it does not cause incapacitation; therefore, the circumstances of this accident are not consistent with impairment from THC, and, the pilot's THC use likely did not contribute to this accident. The reason for the pilot's incapacitation could not be determined.
Probable cause:
The pilot's incapacitation for unknown reasons, which resulted in an overflight of his destination, a subsequent loss of engine power due to fuel starvation, and collision with terrain. 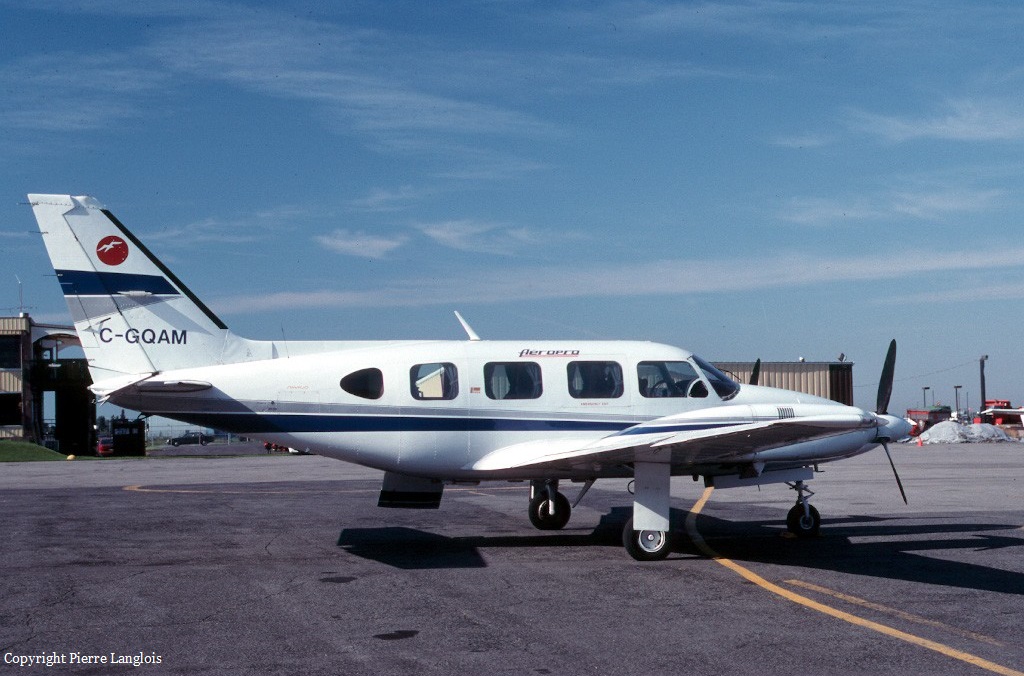 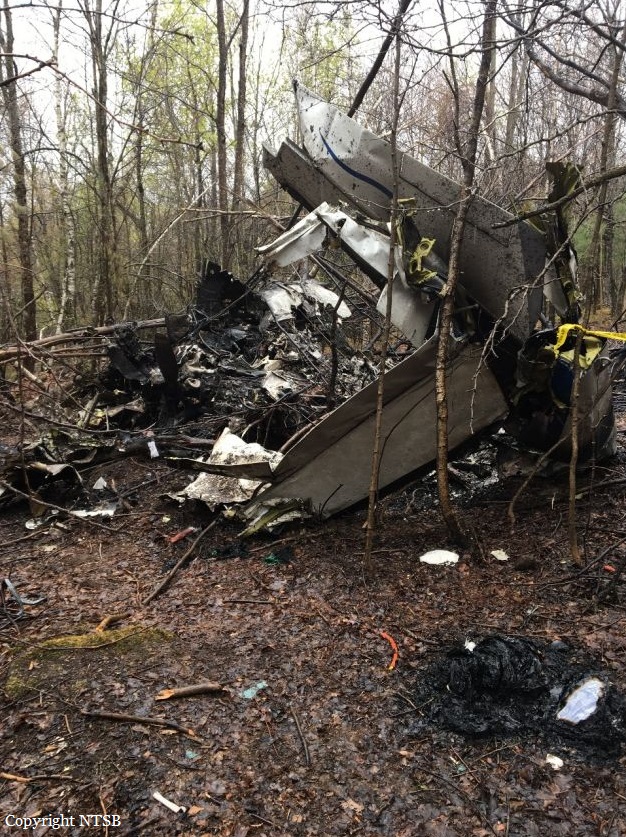 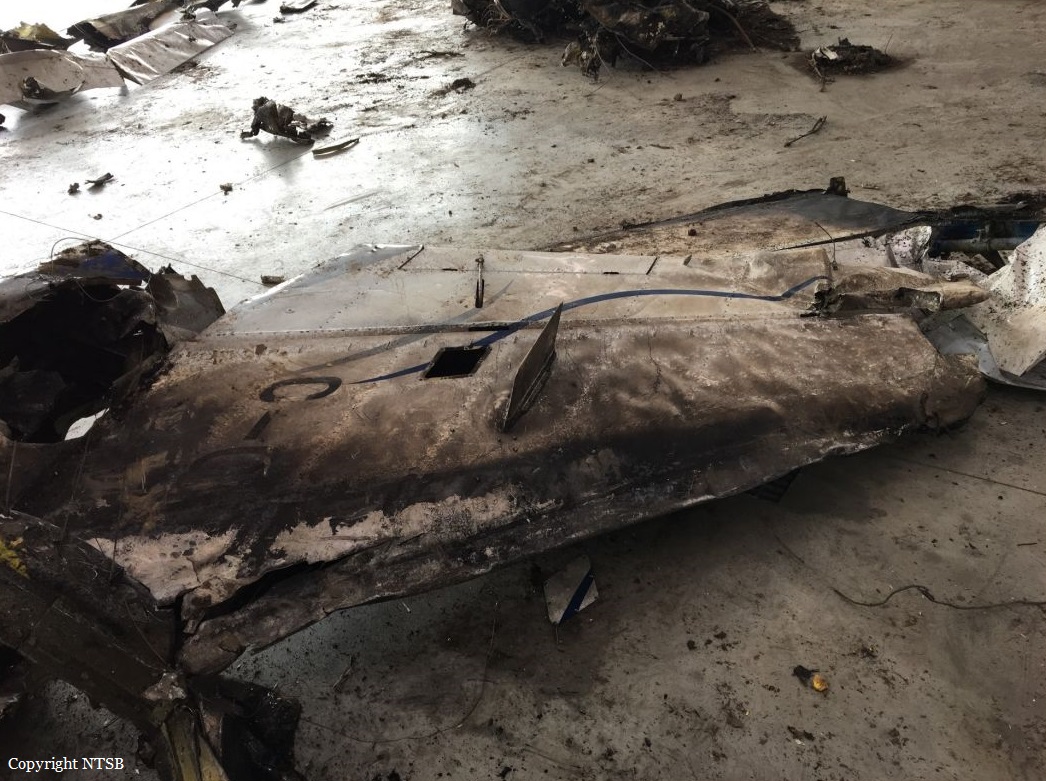 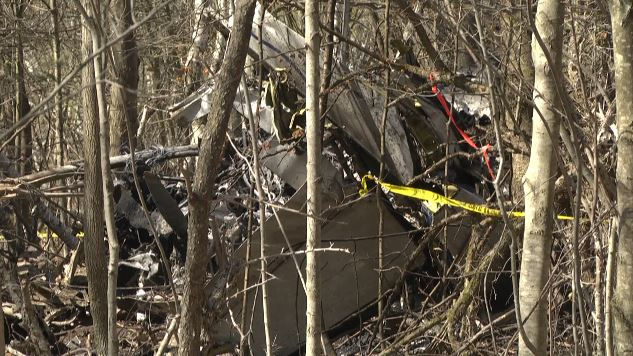 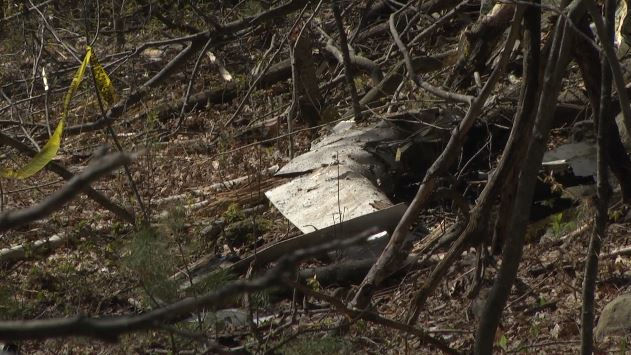 Crash of a Piper PA-31-310 Navajo in Schefferville: 2 killed

Registration:
C-FQQB
Flight Phase:
Landing (descent or approach)
Flight Type:
Geographical / Geophysical / Scientific
Survivors:
No
Site:
Airport (less than 10 km from airport)
Schedule:
Schefferville - Schefferville
MSN:
31-310
YOM:
1968
Location:
Schefferville
Quebec
Country:
Canada
Region:
North America
Crew on board:
2
Crew fatalities:
Pax on board:
0
Pax fatalities:
Other fatalities:
Total fatalities:
2
Captain / Total flying hours:
461
Captain / Total hours on type:
110.00
Copilot / Total flying hours:
1693
Copilot / Total hours on type:
650
Aircraft flight hours:
20180
Circumstances:
The Piper PA-31 (registration C-FQQB, serial number 31-310) operated by Exact Air Inc., with 2 pilots on board, was conducting its 2nd magnetometric survey flight of the day, from Schefferville Airport, Quebec, under visual flight rules. At 1336 Eastern Daylight Time, the aircraft took off and began flying toward the survey area located 90 nautical miles northwest of the airport. After completing the magnetometric survey work at 300 feet above ground level, the aircraft began the return flight segment to Schefferville Airport. At that time, the aircraft descended and flew over the terrain at an altitude varying between 100 and 40 feet above ground level. At 1756, while the aircraft was flying over railway tracks, it struck power transmission line conductor cables and crashed on top of a mine tailings deposit about 3.5 nautical miles northwest of Schefferville Airport. Both occupants were fatally injured. The accident occurred during daylight hours. Following the impact, there was no fire, and no emergency locator transmitter signal was captured.
Probable cause:
Findings:
Findings as to causes and contributing factors:
- Sensation seeking, mental fatigue, and an altered risk perception very likely contributed to the fact that, immediately after completing the magnetometric survey work, the pilot flying descended to an altitude varying between 100 and 40 feet above ground level and maintained this altitude until the aircraft collided with the wires.
- It is highly likely that the pilots were unaware that there was a power transmission line in their path.
- The pilot flying did not detect the power transmission line in time to avoid it, and the aircraft collided with the wires, which were 70 feet above the ground.
- Despite the warning regarding low-altitude flying in the Transport Canada Aeronautical Information Manua, and in the absence of minimum-altitude restrictions imposed by the company, the pilot chose to descend to a very low altitude on the return flight; as a result, this flight segment carried an unacceptable level of risk.

Findings as to risk:
- If pilots fly at low altitude, there is a risk that they will collide with wires, given that these are extremely difficult to see in flight.
- If lightweight flight data recording systems are not used to closely monitor flight operations, there is a risk that pilots will deviate from established procedures and limits, thereby reducing safety margins.
- If Transport Canada does not take concrete measures to facilitate the use of lightweight flight data recording systems and flight data monitoring, there is a risk that operators will be unable to proactively identify safety deficiencies before they cause an accident.
- If safety management systems are not required, assessed, and monitored by Transport Canada in order to ensure continual improvement, there is an increased risk that companies will be unable to effectively identify and mitigate the hazards involved in their operations.
- Not wearing a safety belt increases the risk of injury or death in an accident.
- The current emergency locator transmitter system design standards do not include a requirement for a crashworthy antenna system. As a result, there is a risk that potentially life-saving search‑and‑rescue services will be delayed if an emergency locator transmitter antenna is damaged during an occurrence.
Final Report: 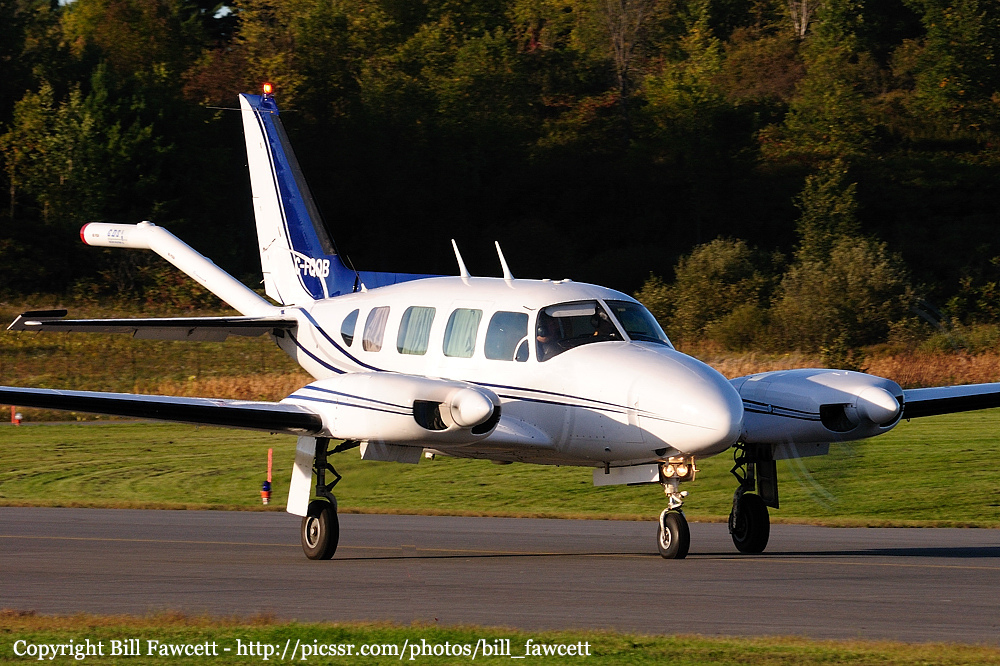 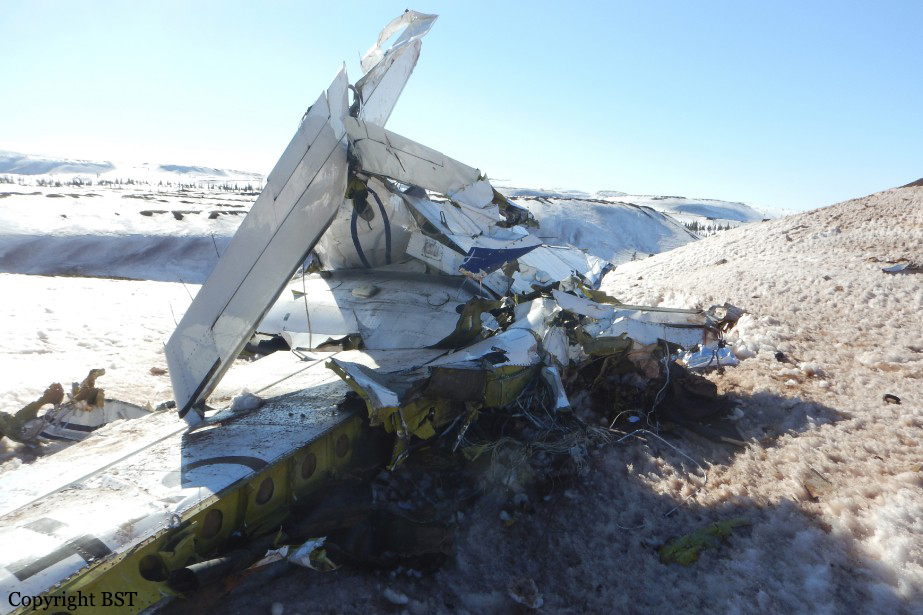 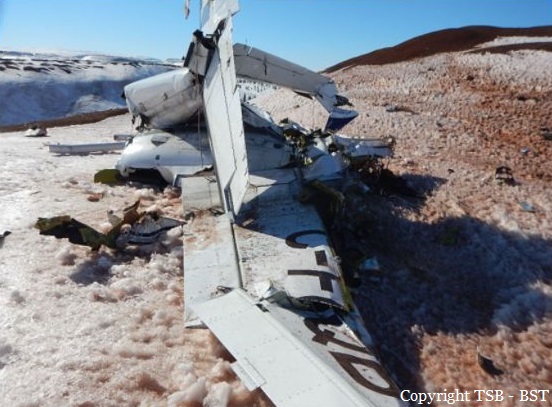