Crash of a Cessna 208 Caravan I in Ilaga: 1 killed 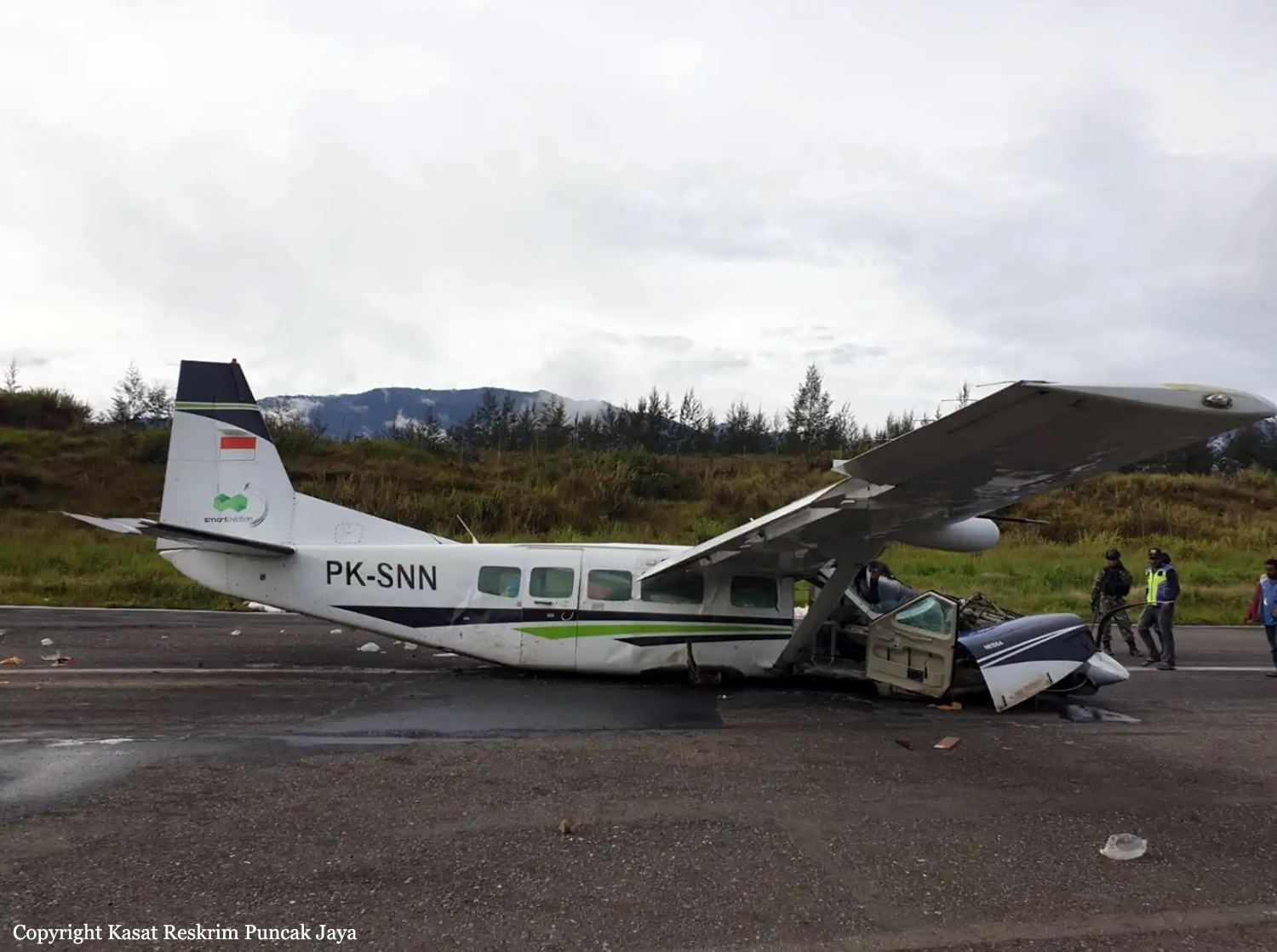 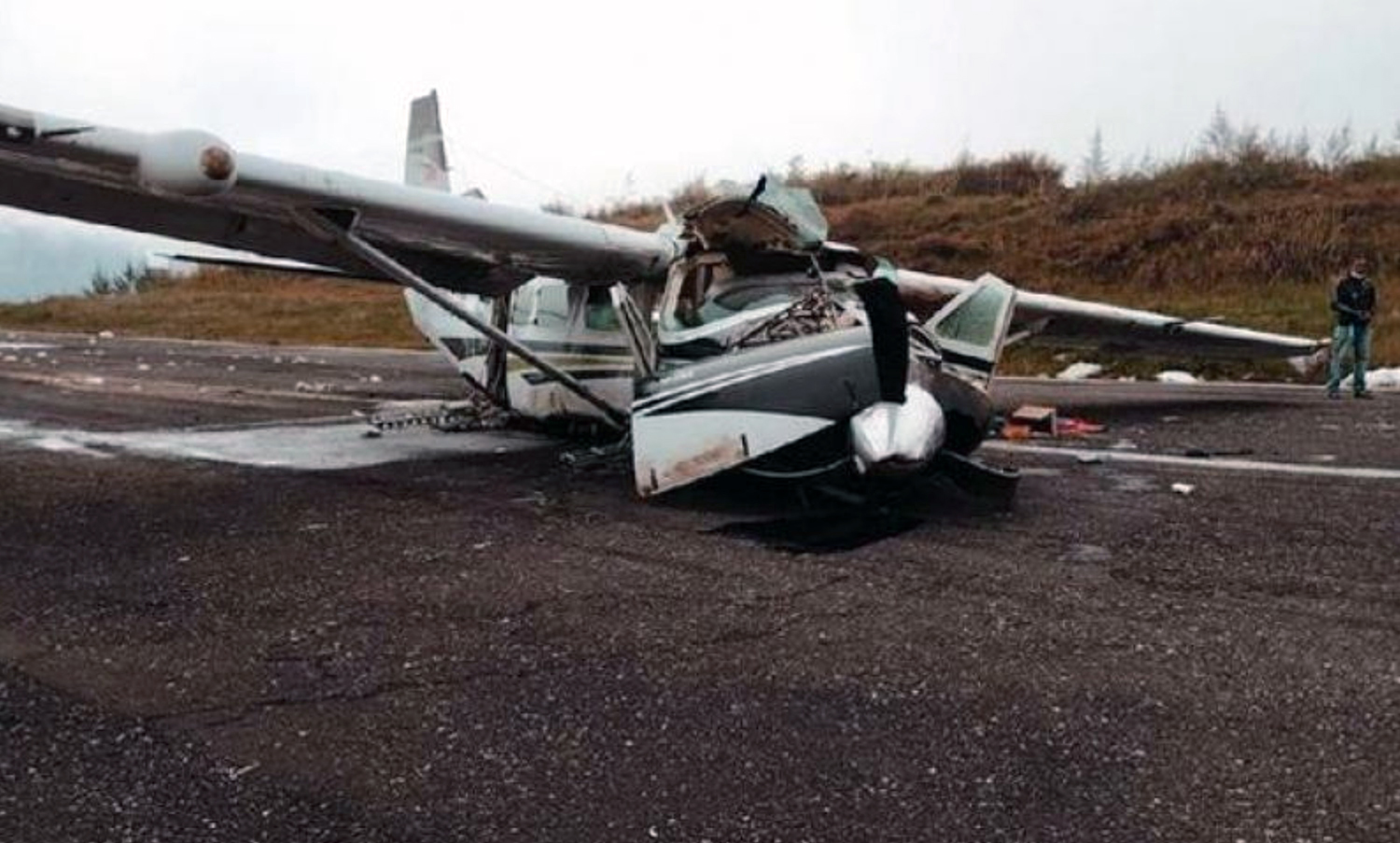 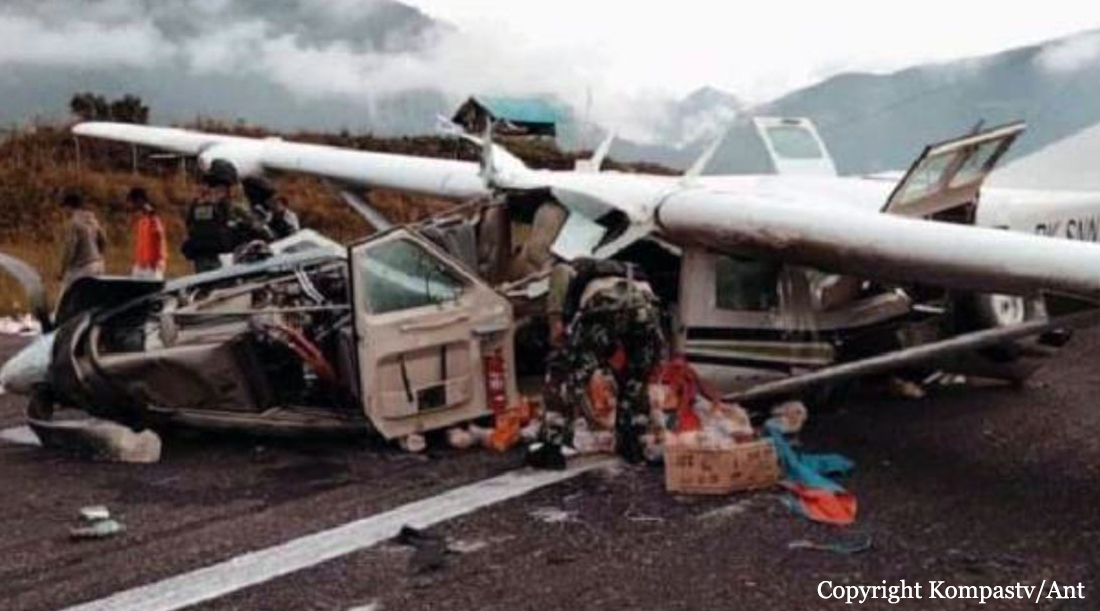 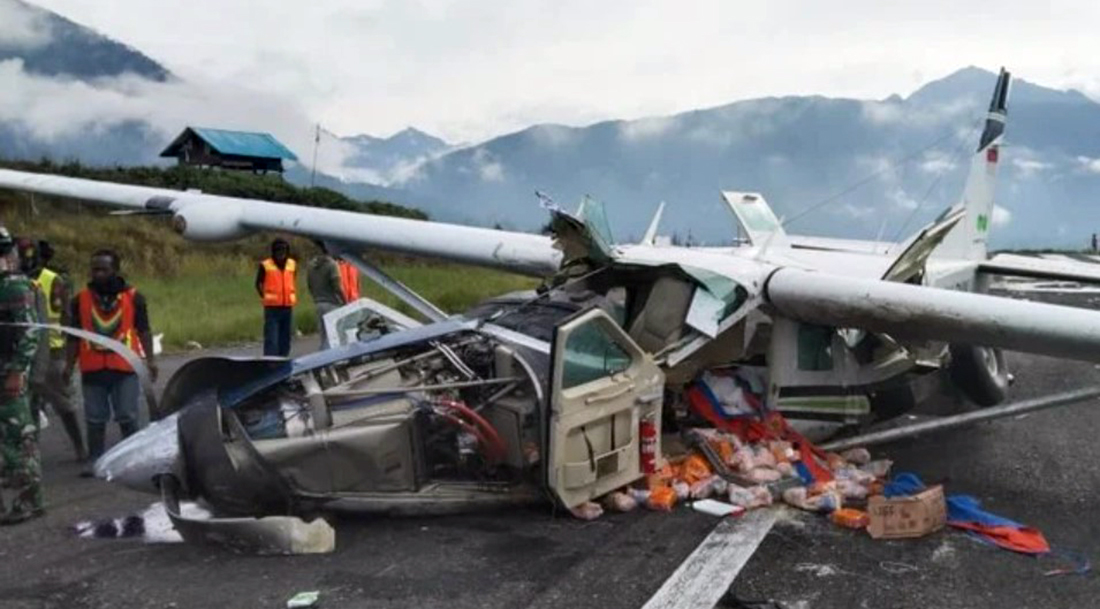 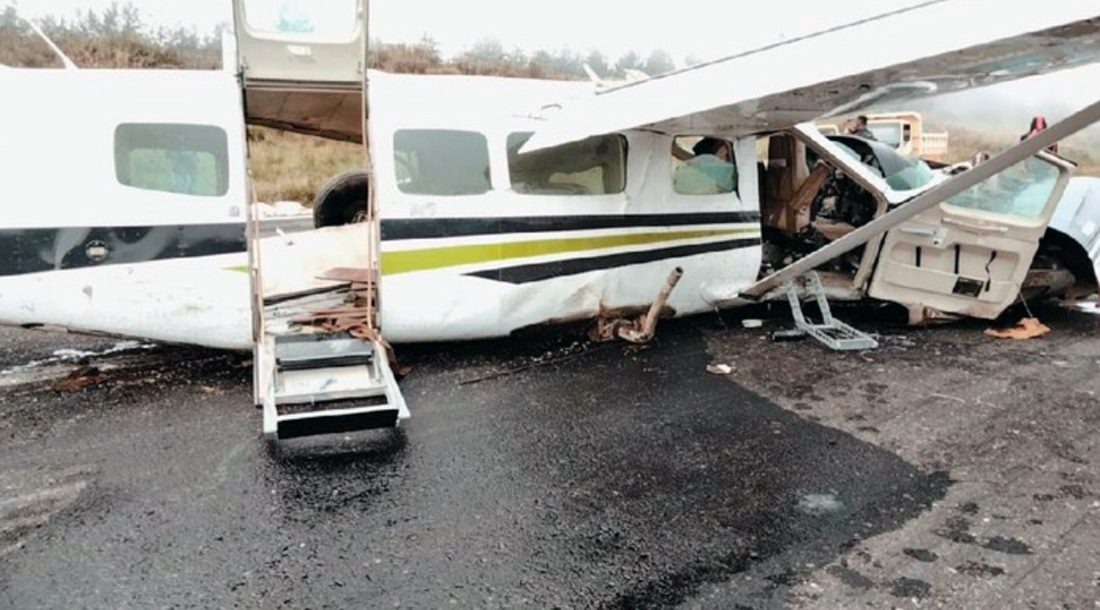 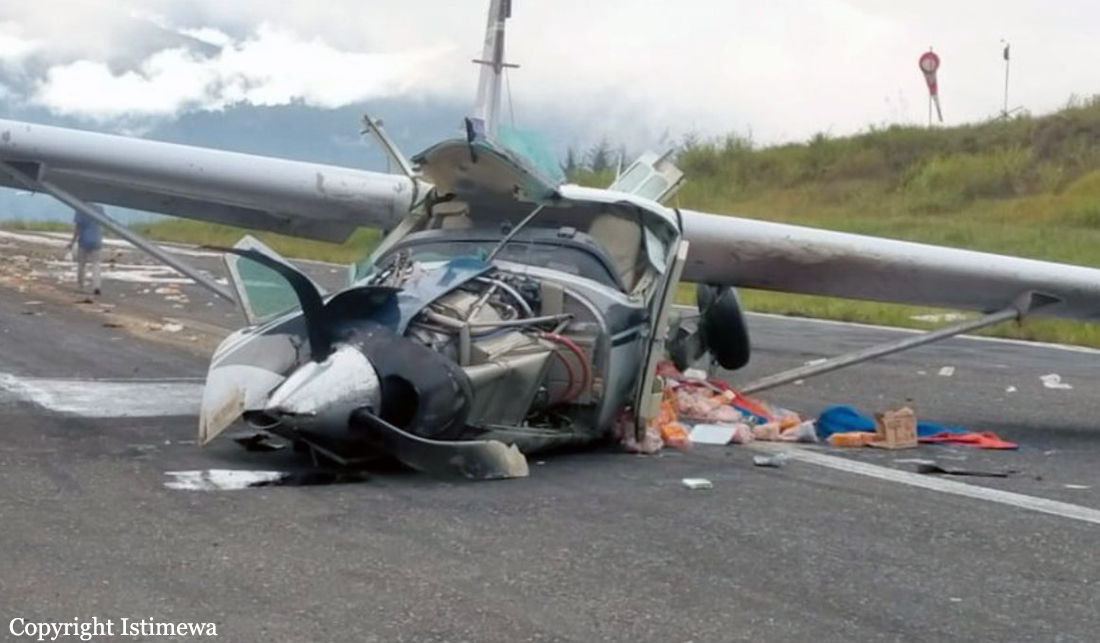 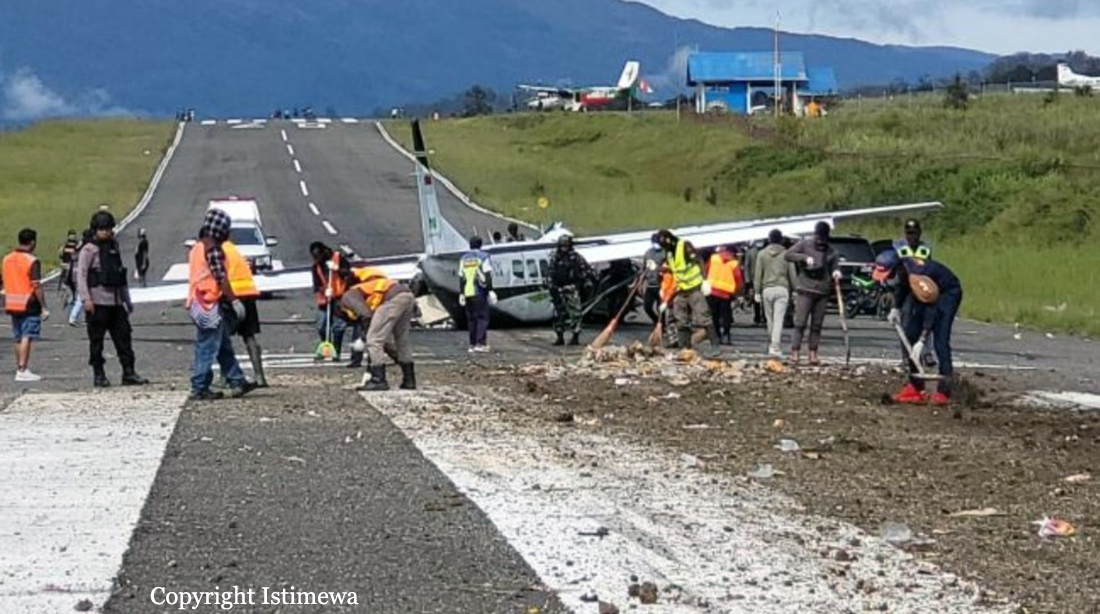 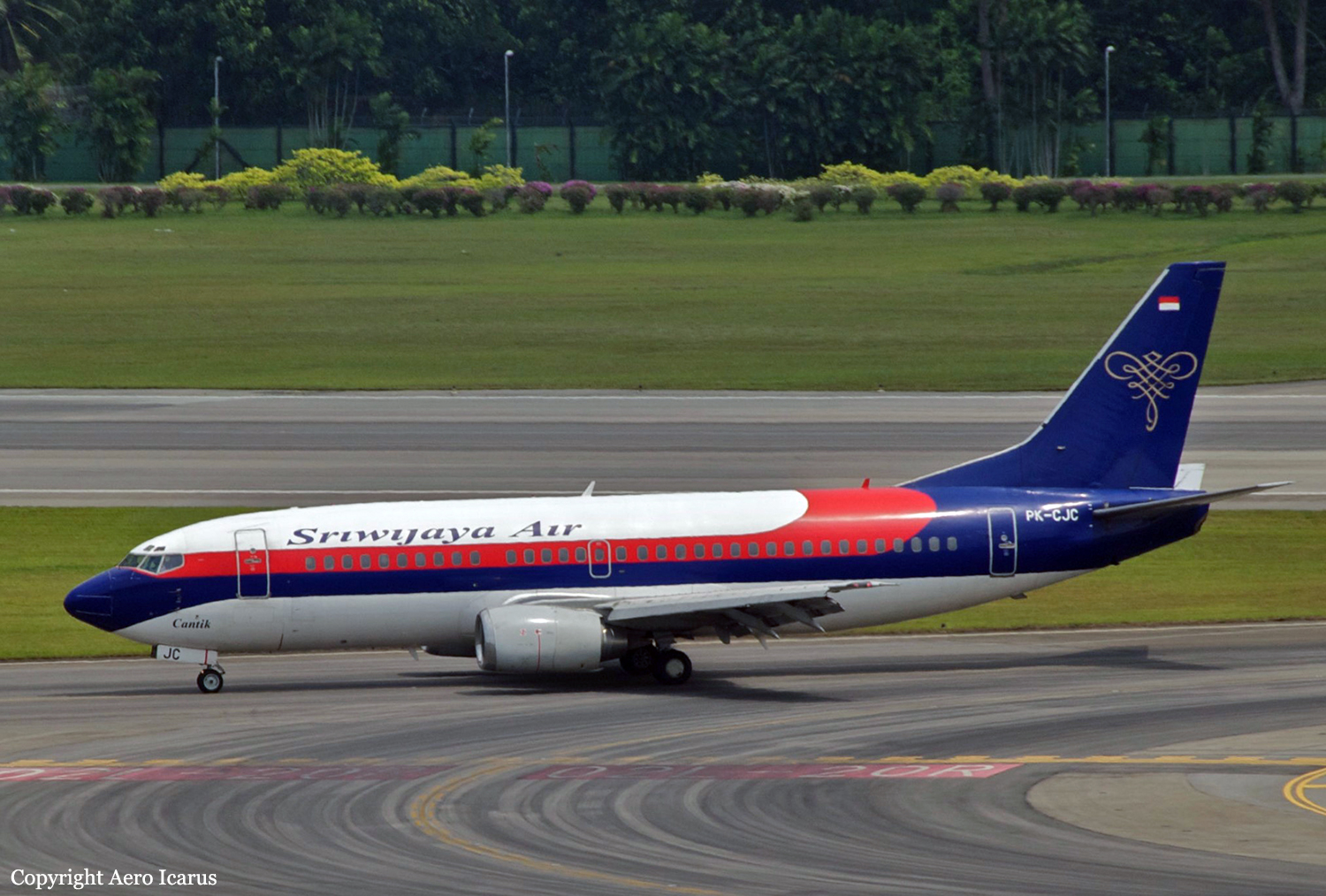 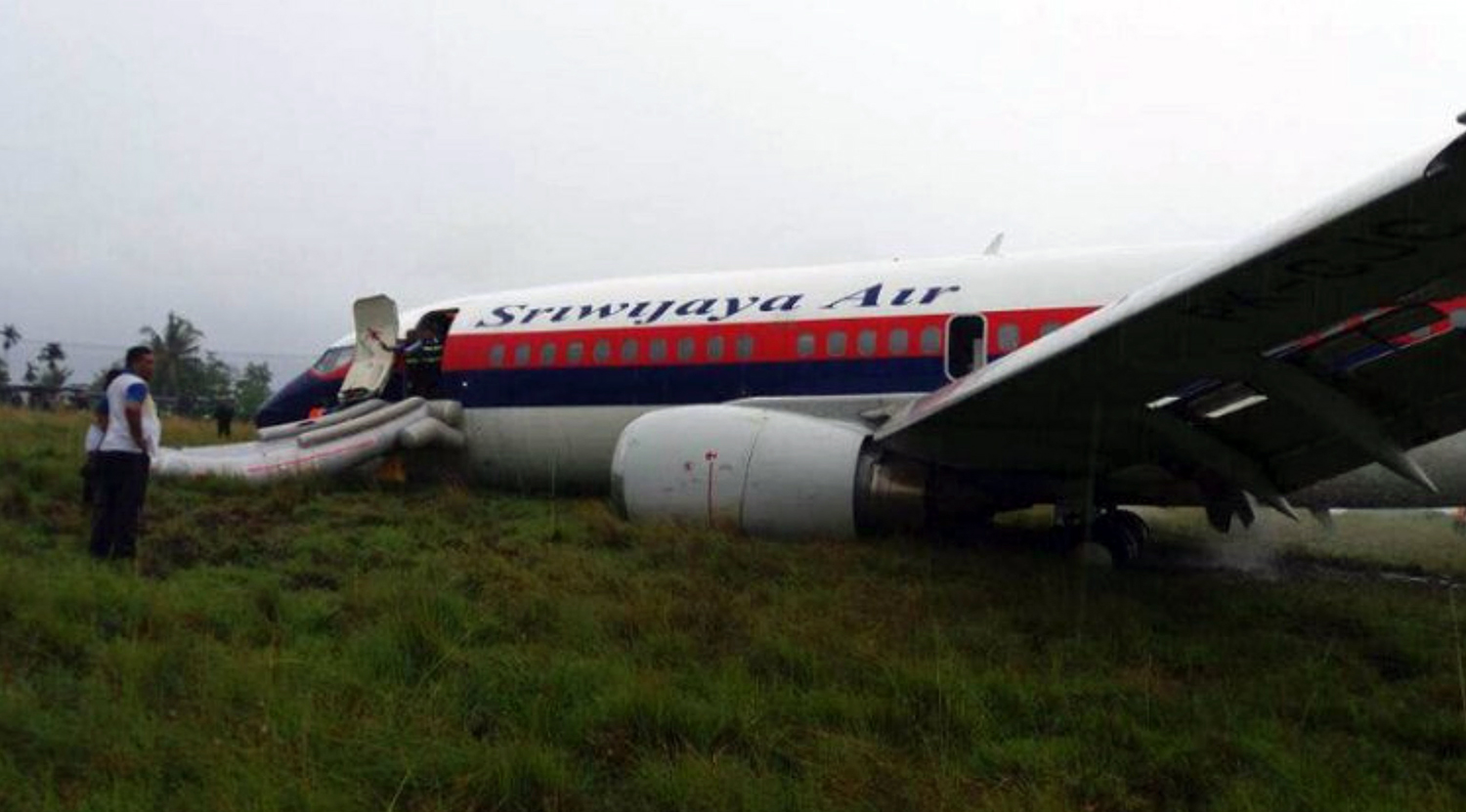 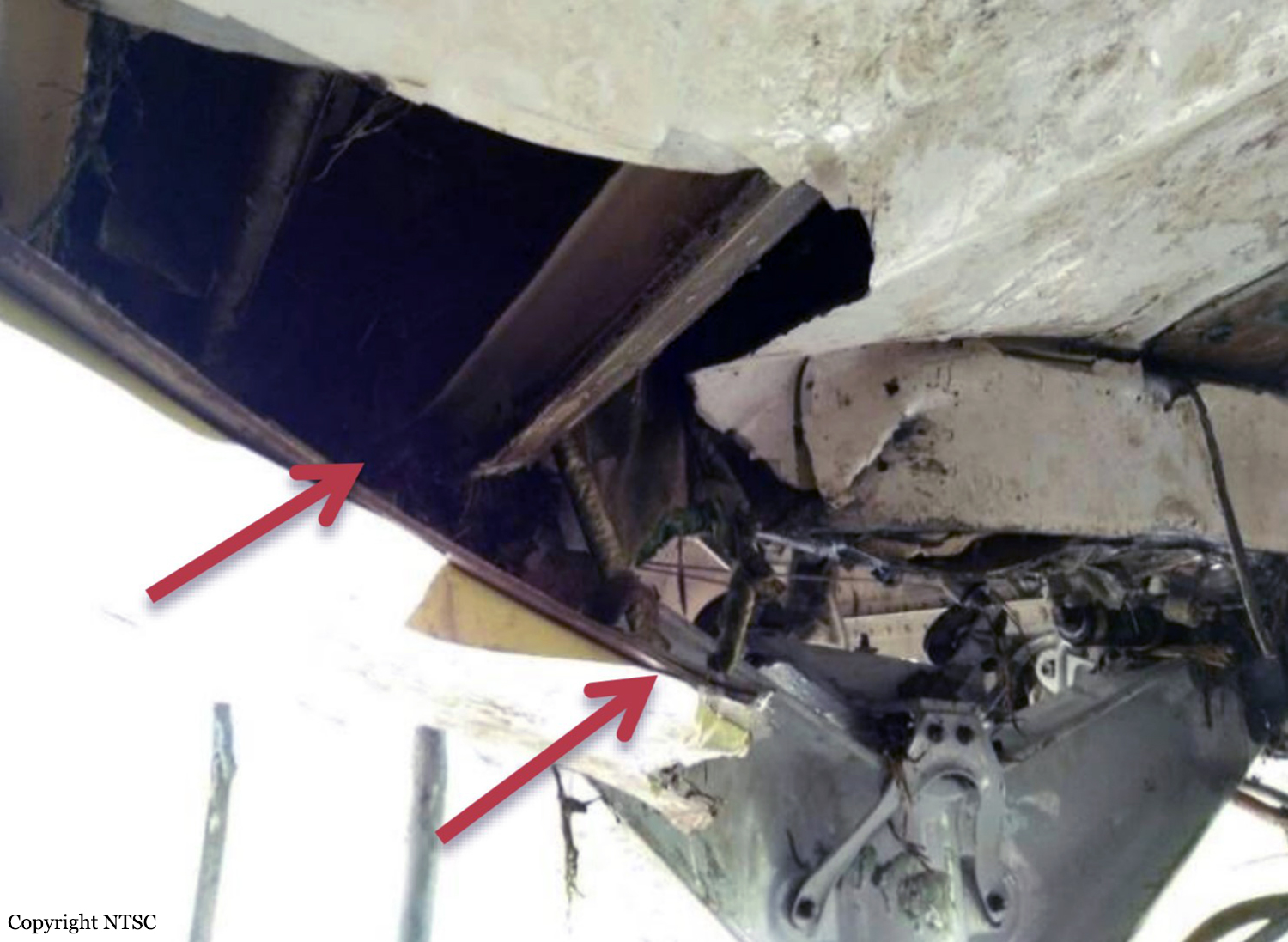 Crash of a De Havilland DHC-4T Caribou near Ilaga: 4 killed

Type of aircraft:
De Havilland DHC-4 Caribou
Operator:
Perkumpulan Penerbangan Alfa Indonesia
Registration:
PK-SWW
Flight Phase:
Flight
Flight Type:
Cargo
Survivors:
No
Site:
Mountains
Schedule:
Timika - Ilaga
MSN:
303
YOM:
1972
Location:
Ilaga
Special Region of West Papua
Country:
Indonesia
Region:
Asia
Crew on board:
4
Crew fatalities:
Pax on board:
0
Pax fatalities:
Other fatalities:
Total fatalities:
4
Captain / Total flying hours:
9336
Captain / Total hours on type:
38.00
Copilot / Total flying hours:
3636
Copilot / Total hours on type:
17
Aircraft flight hours:
2748
Aircraft flight cycles:
5953
Circumstances:
A DHC-4 Caribou aircraft, registered PK-SWW was being operated by Perkumpulan Penerbangan Alfa Indonesia, on 31 October 2016 on an unscheduled cargo flight from Moses Kilangin Airport Timika, with intended destination to Kaminggaru Aerodrome, Ilaga Papua. On board on this flight was 4 persons consisted of two pilots, one company engineer and one flight operation officer. At 2257 UTC, the aircraft departed Timika with intended cruising altitude of 12,500 feet and estimated time of arrival Ilaga at 2327 UTC. At 2323 UTC, the pilot made initial contact with Ilaga Aerodrome Flight Information Services (AFIS) officer and reported that the aircraft position was at Ilaga Pass and informed the estimate time of arrival Ilaga would be on 2327 UTC. Ilaga Aerodrome Flight Information Services (AFIS) officer advised to continue descend to circuit altitude and to report when position on downwind. At 2330 UTC, the AFIS officer called the pilot and was not replied. The AFIS officer asked pilot of another aircraft in the vicinity to contact the pilot of the DHC-4 Caribou aircraft and did not reply. At 0020 UTC, Sentani Aeronautical Information Service (AIS) officer declared the aircraft status as ALERFA. At 0022 UTC, Timika Tower controller received information from a pilot of an aircraft that Emergency Locator Transmitter (ELT) signal was detected approximately at 40 – 45 Nm with radial 060° from TMK VOR (Very High Frequency Omni Range) or approximately at coordinate 4°7’46” S; 137°38’11” E. This position was between Ilaga Pass and Jila Pass. At 0053 UTC, the aircraft declared as DETRESFA. On 1 November 2016, the aircraft wreckage was found on a ridge of mountain between Ilaga Pass and Jila Pass at coordinate 4°5’55.10” S; 137°38’47.60” E with altitude approximately of 13,000 feet. All occupants were fatally injured and the aircraft destroyed by impact force.
Probable cause:
Controlled flight into terrain.
Final Report: 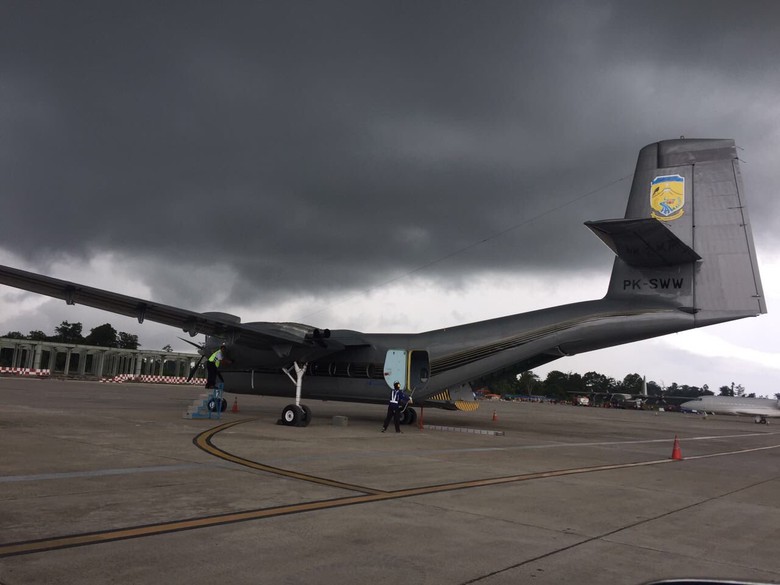 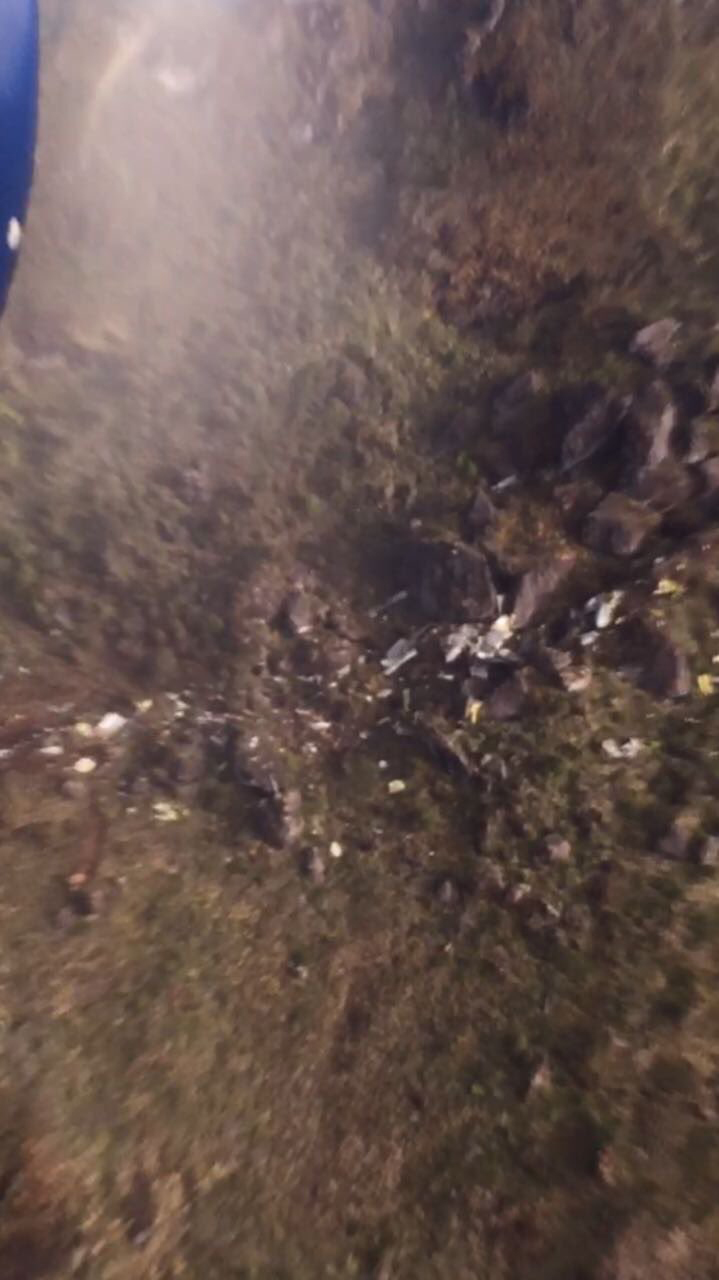 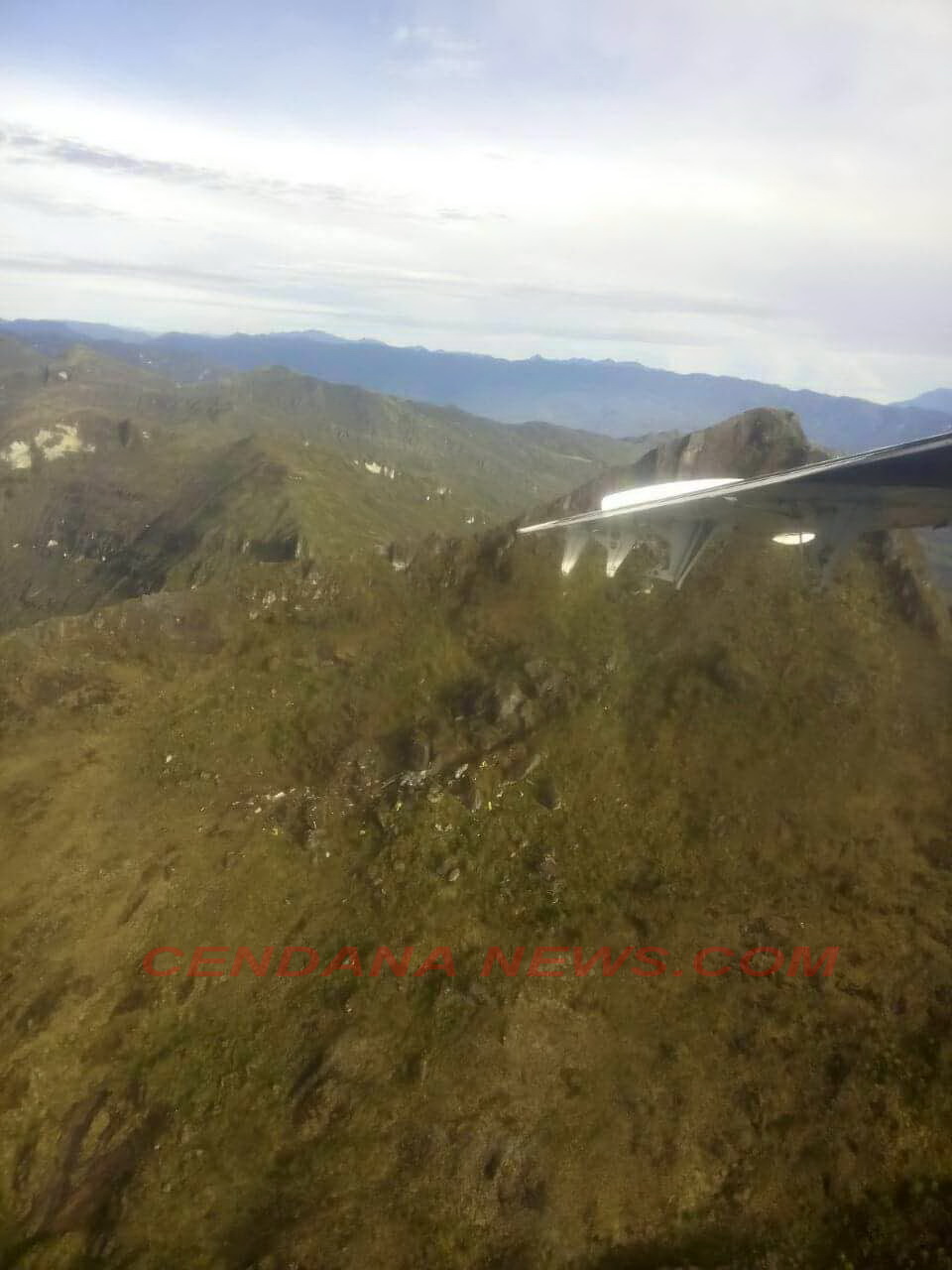 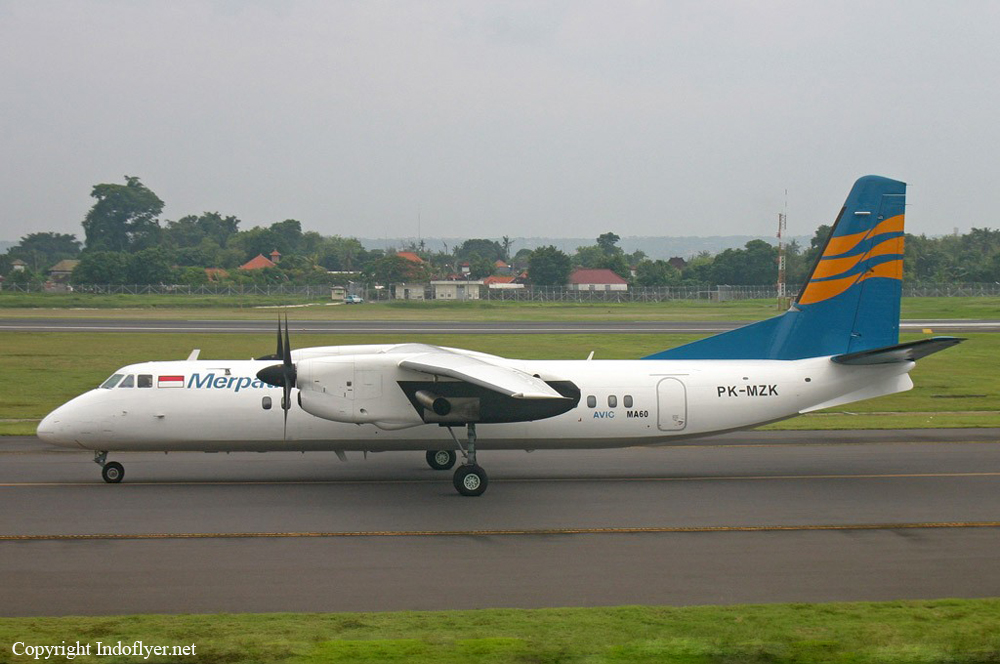 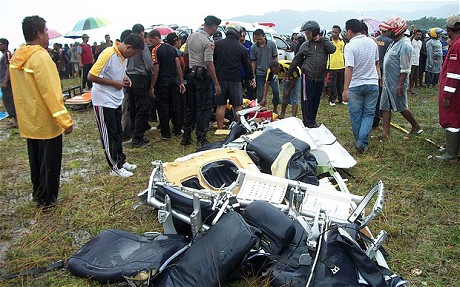 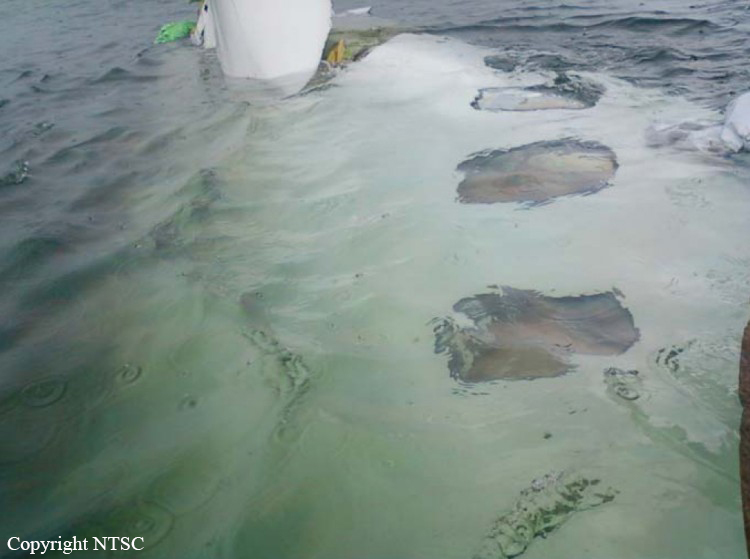 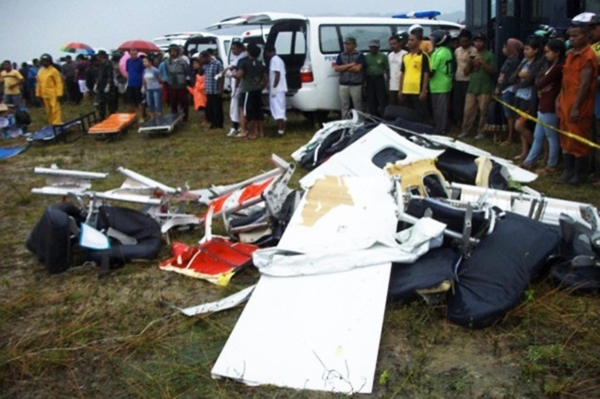 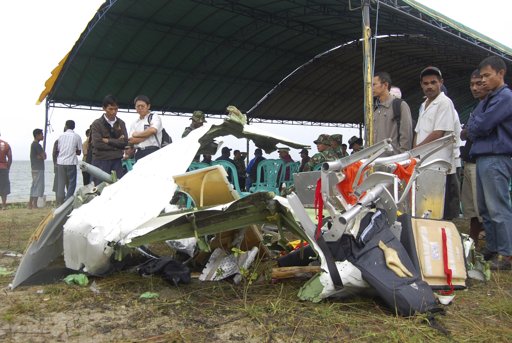 Registration:
PK-MDE
Flight Phase:
Landing (descent or approach)
Flight Type:
Scheduled Revenue Flight
Survivors:
Yes
Site:
Airport (less than 10 km from airport)
Schedule:
Ujung Pandang - Sorong - Manokwari
MSN:
24660/1838
YOM:
1990
Flight number:
MZ836
Location:
Manokwari
Special Region of West Papua
Country:
Indonesia
Region:
Asia
Crew on board:
7
Crew fatalities:
Pax on board:
103
Pax fatalities:
Other fatalities:
Total fatalities:
0
Captain / Total flying hours:
16450
Copilot / Total flying hours:
22139
Aircraft flight hours:
54759
Aircraft flight cycles:
38485
Circumstances:
On 13 April 2010, a Boeing B737-300 aircraft registered PK-MDE was being operated by PT. Merpati Nusantara Airline as a scheduled passenger flight MZ 836, from Hasanuddin Airport, Makassar, Sulawesi to Rendani Airport, Manokwari, Papua. It made a transit stop at Domine Eduard Osok Airport, Sorong, Papua. The aircraft departed from Makassar at 2010 UTC and landed at Sorong at 2214 UTC. The scheduled departure time from Sorong was 2235, but due to heavy rain over Manokwari, the departure was delayed for about two hours. The pilot in command was the pilot flying, and the copilot, who also held a command rating on the aircraft, was the support/monitoring pilot. The aircraft subsequently departed Sorong 2 hours and 43 minutes later, at 0118. The observed weather report issued by Badan Meteorologi dan Geofisika (BMG) Manokwari for takeoff and landing at 0100 indicated that the weather was “continuous slight rain, horizontal visibility of 3 to 4 kilometers, cloud overcast cumulus-stratocumulus, westerly wind at 5 knots”. The aircraft’s dispatch release from Sorong indicated that the flight was planned under the Instrument Flight Rules (IFR). The destination, Manokwari, had no published instrument approach procedure. Terminal area operations, including approach and landing, were required to be conducted under the Visual Flight Rules (VFR). At 0146 the crew made the first direct contact with Rendani Radio and reported their position as 14 Nm from Manokwari, and maintaining altitude 10,500 feet. Following this radio contact, Rendani Radio informed the crew that the weather was continuous slight rain, visibility 3 kilometers, cloud overcast with cumulus stratocumulus at 1,400 feet, temperature 24 degrees Celsius, QNH 1012 hectopascals. The transcript of the Rendani Radio communications with the aircraft indicated that controller then instructed the crew to descend and joint right downwind for runway 35, and to report when overhead the airport. Shortly after, the crew reported overhead the airport at 5,000 feet. The controller then instructed the crew to report when they were on final approach for runway 35. The crew acknowledged this instruction. At 0154 the crew reported that they were on final for runway 35. The controller informed them that the wind was calm, runway condition was wet and clear. The crew read back the wind condition and that the runway was clear, but did not mention the wet runway condition. According to the Rendani Airport Administrator’s report to the investigation, the aircraft was observed to make a normal touchdown on the runway at about 0155, about 120 meters from the approach end of runway 35. The report stated that the aircraft’s engine reverser sound was not heard during landing roll. Witnesses on board the aircraft also stated that the aircraft made a smooth landing, and the engine reversers were not heard during the landing roll. During the landing roll, the aircraft veered to the left about 140 meters from the end of runway 35, then overran the departure end of runway 35. At about 0156 it came to a stop 205 meters beyond the end of the runway in a narrow river; the Rendani River. The Observed Weather Report issued by BMG Manokwari for takeoff and landing at 0200 (4 minutes after the accident) indicated that the weather was continuous moderate rain, with a horizontal visibility of 4 kilometers, cloud overcast cumulus stratocumulus, south-westerly wind at 5 knots. The airport rescue and fire fighting unit was immediately deployed to assist the post crash evacuation. Due to the steep terrain 155 meters from the end of runway 35, the rescuers had to turn back and use the airport’s main road to reach the aircraft. The accident site was in an area of shallow muddy water surrounded by mangrove vegetation. The aircraft was substantially damaged. Nearby residents, police and armed forces personnel assisted the evacuation from the aircraft. The Rendani Airport Administrator reported that the passengers and crew members were evacuated and moved from the site by 0230. They were taken to the Manokwari General Hospital, and Manokwari Naval Hospital for further medical treatment.
Final Report: 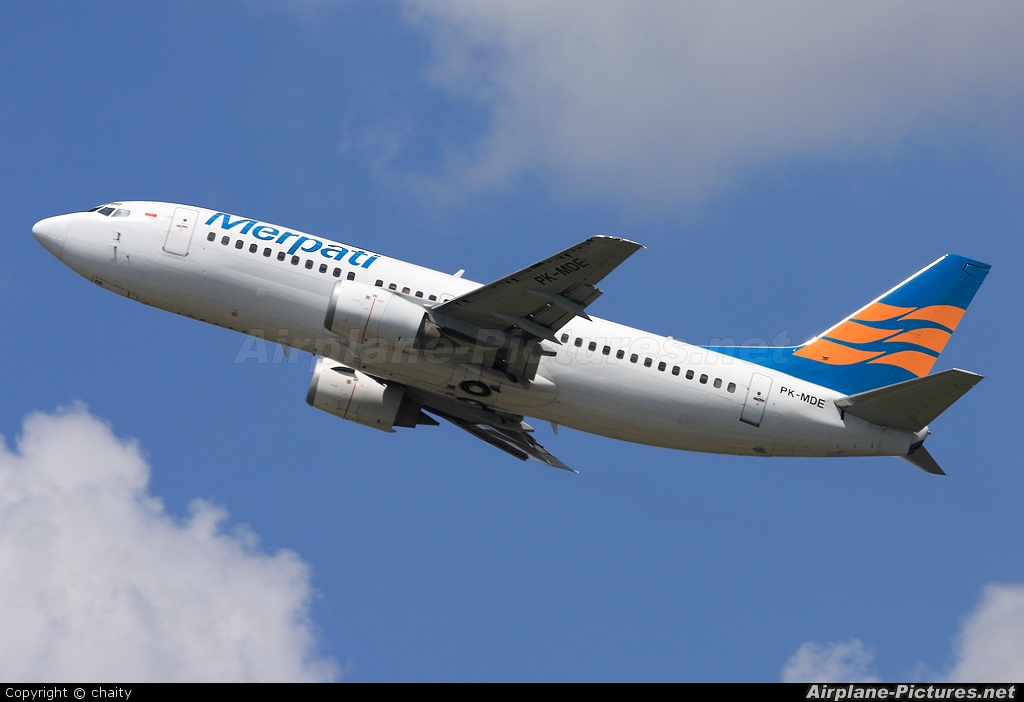 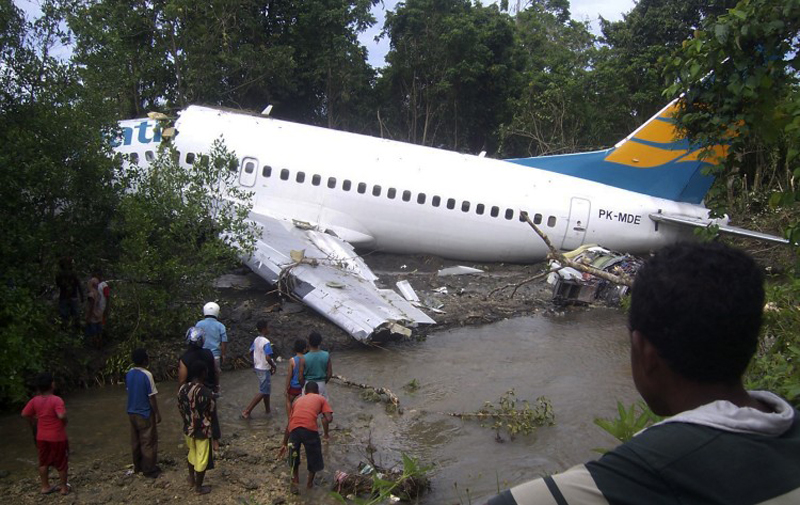 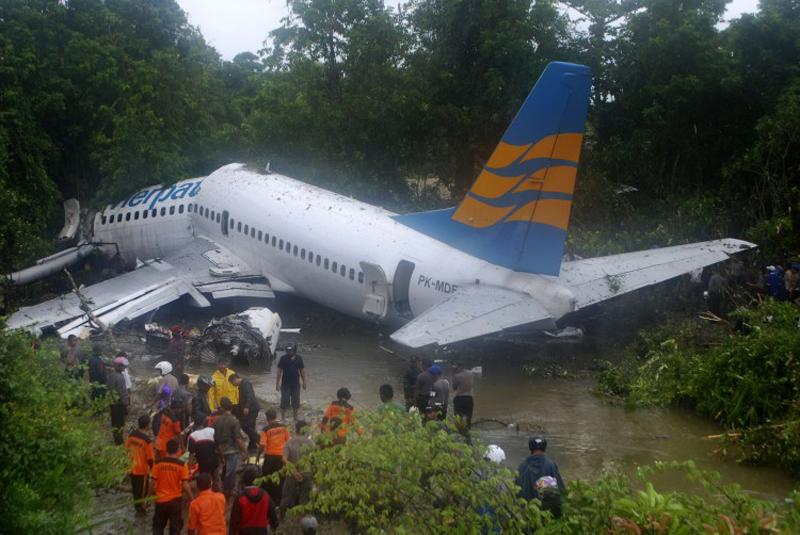 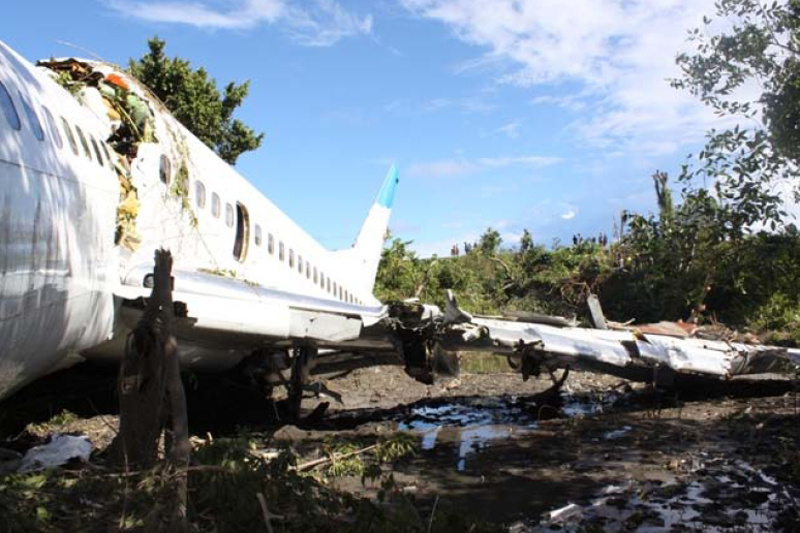 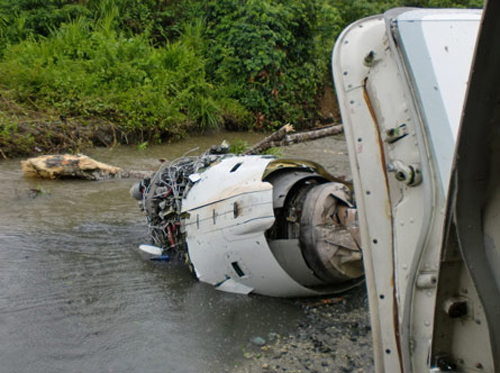 Type of aircraft:
Dornier DO328
Operator:

Registration:
PK-TXL
Flight Phase:
Landing (descent or approach)
Flight Type:
Scheduled Revenue Flight
Survivors:
Yes
Site:
Airport (less than 10 km from airport)
Schedule:
Sorong - Fakfak
MSN:
3037
YOM:
1995
Flight number:
XAR9000
Location:
Fakfak
Special Region of West Papua
Country:
Indonesia
Region:
Asia
Crew on board:
4
Crew fatalities:
Pax on board:
32
Pax fatalities:
Other fatalities:
Total fatalities:
0
Captain / Total flying hours:
10190
Captain / Total hours on type:
2365.00
Copilot / Total flying hours:
4673
Copilot / Total hours on type:
15
Aircraft flight hours:
24404
Aircraft flight cycles:
21916
Circumstances:
The aircraft touched down heavily approximately 5 meters before the touch-down area of runway 10 at Torea Airport, Fak-Fak at 01:33. The investigation found that the left main landing gear touched the ground first (5 meters before the end of the runway), and the right main landing gear touched the ground (4.5 meters from the end of the runway). It stopped on the runway, approximately 700 meters from the touch-down area. The left main landing gear fractured in two places; at the front pivot point, and the aft pivot point. The left fuselage contacted the runway surface 200 meters from the touch-down point and the aircraft slid with the left fuselage on the ground for a further 500 meters, before it stopped at the right edge of the runway. The wing tip and left propeller blade tips also touched the runway and were damaged. The passengers and crew disembarked normally; there were no injuries. Following an inspection of the landing gear and temporary replacement of the damaged left main landing gear, the aircraft was moved to the apron on 8 November 2008 at 04:00. The runway was closed for 5 days.
Probable cause:
The Digital Flight Data Recorder data showed evidence that the aircraft descended suddenly and rapidly when it was on short final approach before the aircraft was above the touchdown area. Propeller RPM was reduced suddenly and rapidly to 70% less than 10 seconds before ground contact. Given that the propellers are constant speed units, the sudden and rapid changes could not be explained other than the probability that a crew member had made the control inputs. The PIC (pilot monitoring/flight instructor) did not monitor the operation of the aircraft sufficiently to ensure timely and effective response to the pilot induced excessive sink rate.
Other Factors:
The airport did not meet the ICAO Annex 14 Standard with respect to the requirement to have runway end safety areas.
Final Report: 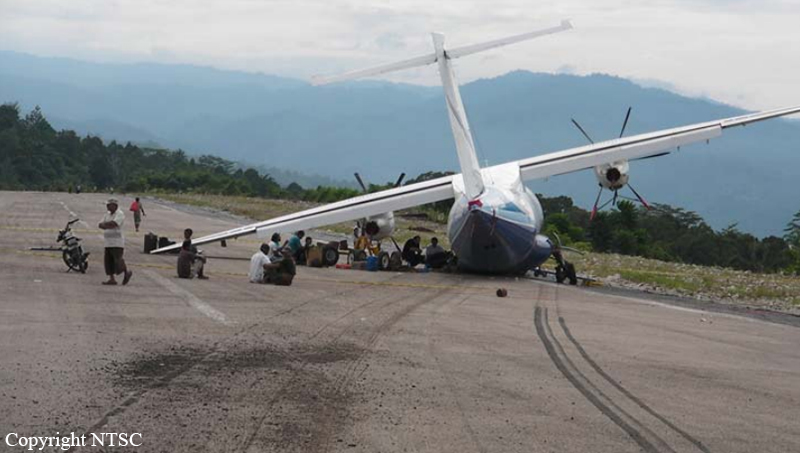 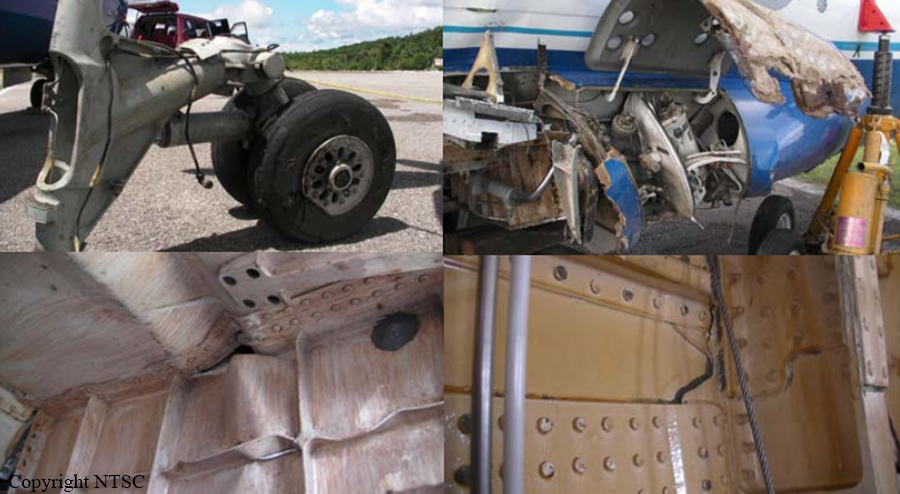 Registration:
PK-NUU
Flight Phase:
Landing (descent or approach)
Flight Type:
Positioning
Survivors:
Yes
Site:
Airport (less than 10 km from airport)
MSN:
478
YOM:
1975
Location:
Ilaga
Special Region of West Papua
Country:
Indonesia
Region:
Asia
Crew on board:
2
Crew fatalities:
Pax on board:
0
Pax fatalities:
Other fatalities:
Total fatalities:
0
Circumstances:
The crew was completing a positioning flight to Ilaga Airport. After touchdown, the twin engine aircraft was unable to stop within the remaining distance. It overran, lost its nose gear and came to rest. Both pilots escaped uninjured and the aircraft was damaged beyond repair. 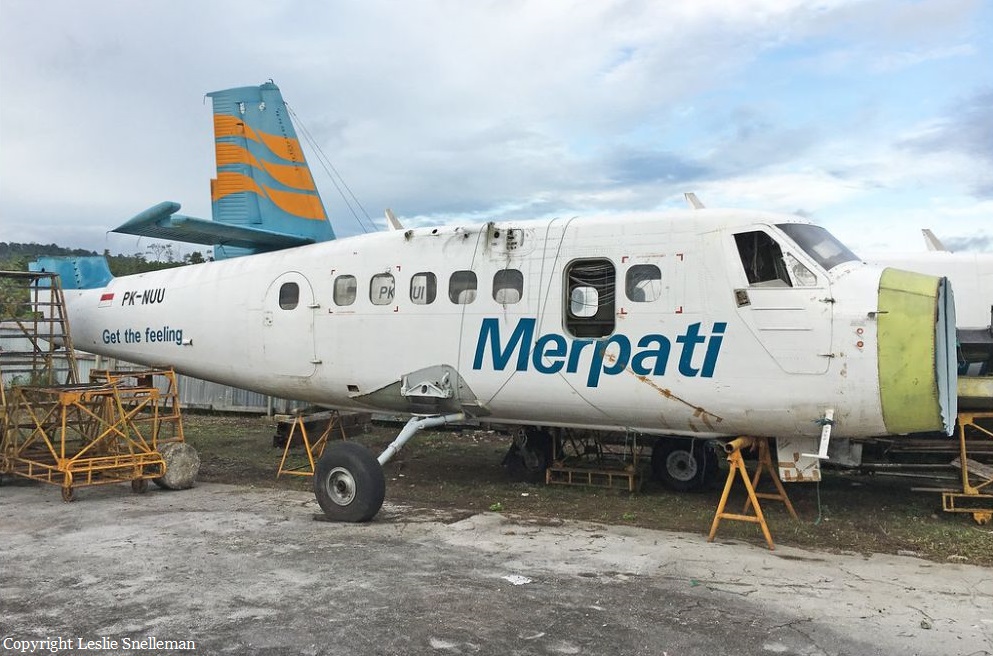 Registration:
PK-YPF
Flight Phase:
Landing (descent or approach)
Flight Type:
Scheduled Revenue Flight
Survivors:
Yes
Site:
Airport (less than 10 km from airport)
MSN:
210
YOM:
1969
Location:
Ilaga
Special Region of West Papua
Country:
Indonesia
Region:
Asia
Crew on board:
2
Crew fatalities:
Pax on board:
3
Pax fatalities:
Other fatalities:
Total fatalities:
0
Circumstances:
The approach to Ilaga Airport was completed in poor weather conditions due to heavy rain falls. After landing on a wet runway surface, the aircraft was unable to stop within the remaining distance, overran and came to rest down an embankment. All five occupants escaped uninjured while the aircraft was damaged beyond repair. 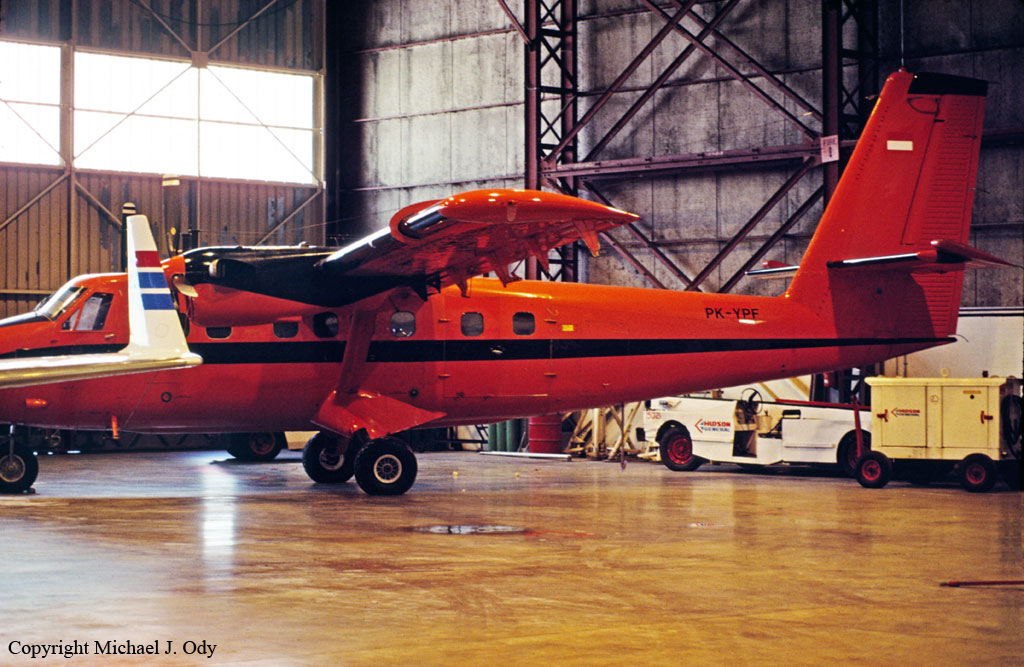 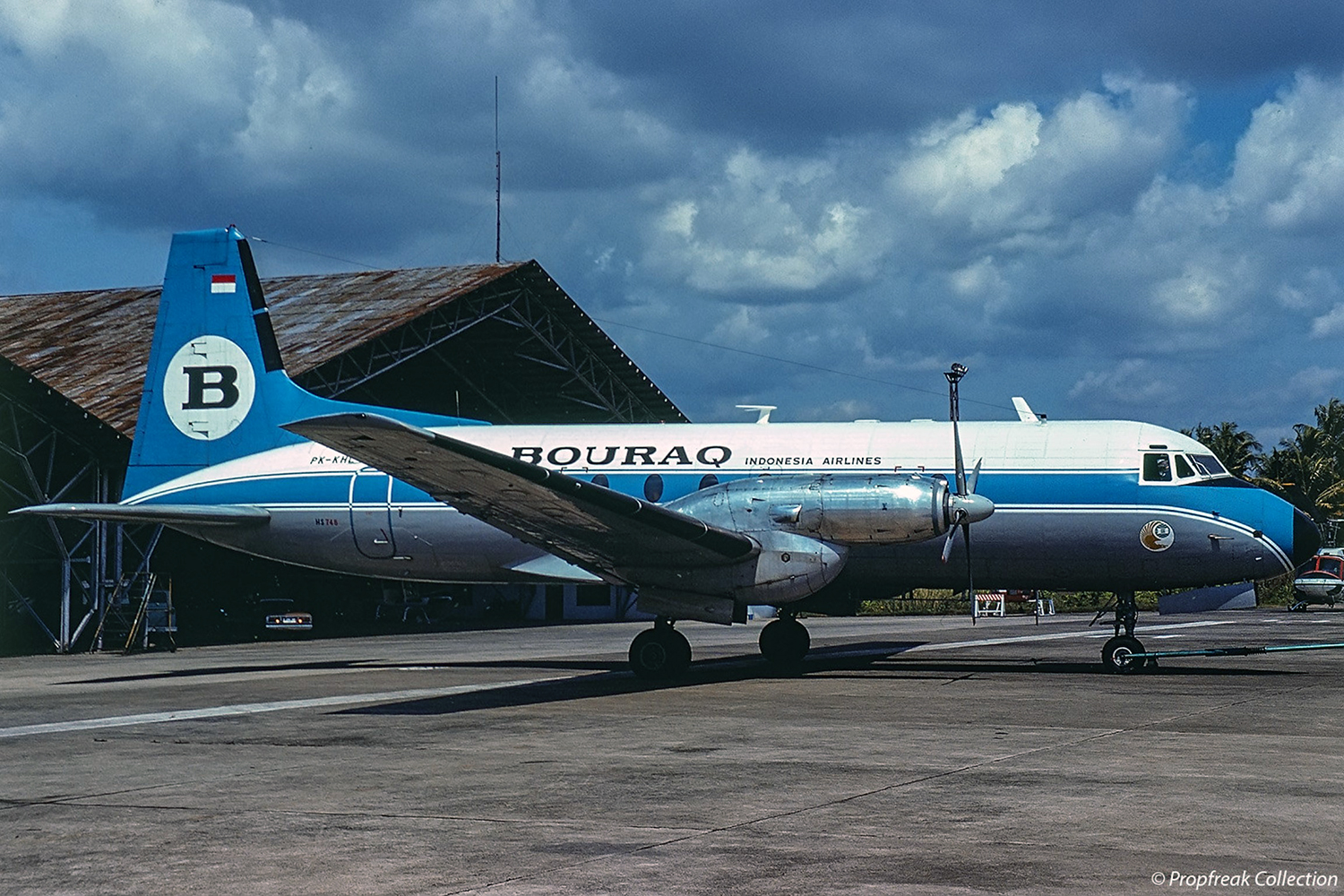 Registration:
PK-NUT
Flight Phase:
Takeoff (climb)
Flight Type:
Scheduled Revenue Flight
Survivors:
Yes
Site:
Airport (less than 10 km from airport)
Schedule:
Bintuni – Manokwari
MSN:
473
YOM:
1975
Location:
Bintuni
Special Region of West Papua
Country:
Indonesia
Region:
Asia
Crew on board:
2
Crew fatalities:
Pax on board:
16
Pax fatalities:
Other fatalities:
Total fatalities:
1
Circumstances:
During the takeoff roll from runway 13, the twin engine aircraft went out of control, veered off runway and crashed in a banana plantation. One of the pilot was killed while few other occupants were injured, some seriously. The aircraft was written off.
Probable cause:
Loss of control during takeoff after the aircraft suffered aquaplaning 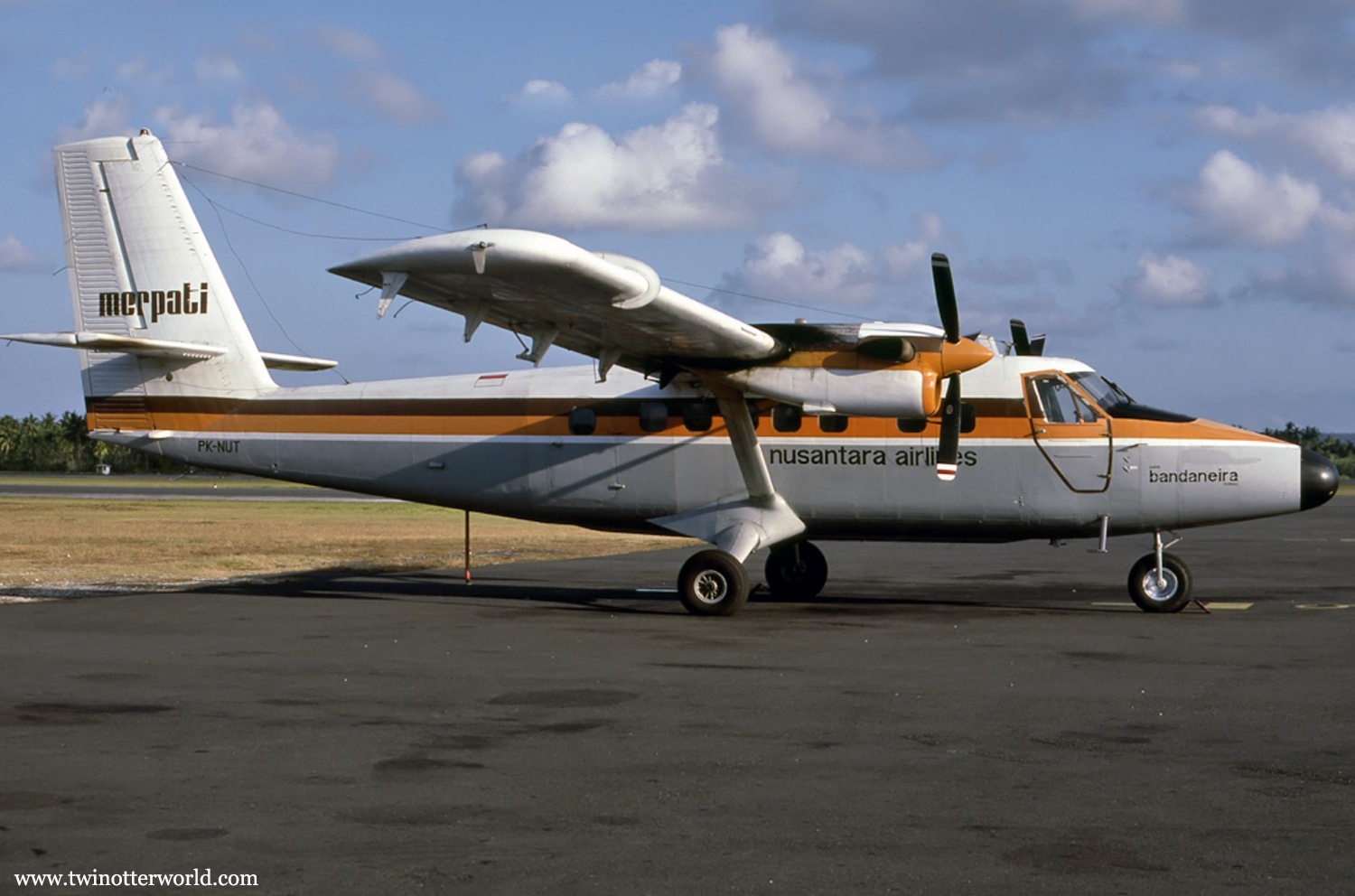