Crash of an Embraer EMB-110P1 Bandeirante off Santo Antônio: 24 killed

Registration:
PT-SEA
Flight Phase:
Landing (descent or approach)
Flight Type:
Charter/Taxi (Non Scheduled Revenue Flight)
Survivors:
Yes
Site:
Lake, Sea, Ocean, River
Schedule:
Coari - Manaus
MSN:
110-352
YOM:
1981
Location:
Manacapuru
Amazonas
Country:
Brazil
Region:
South America
Crew on board:
2
Crew fatalities:
Pax on board:
26
Pax fatalities:
Other fatalities:
Total fatalities:
24
Captain / Total flying hours:
18870
Captain / Total hours on type:
7795.00
Copilot / Total flying hours:
1011
Copilot / Total hours on type:
635
Aircraft flight hours:
12686
Circumstances:
The twin engine aircraft departed Coari Airport at 1240LT on a charter flight to Manaus-Eduardo Gomes Airport, carrying 26 passengers and two pilots. About 30 minutes into the flight, while cruising at FL115, the crew informed ATC that the left engine failed and elected to divert to the unused Manacapuru Airfield. While approaching runway 08, the aircraft rolled to the left to an angle of 30° then crashed in the Rio Manacapuru. 24 people were killed while 4 passengers were slightly injured.
Probable cause:
The following factors were identified:
- At takeoff from Coari Airport, the total weight of the aircraft was 6,414 kg, which means 744 kg over the MTOW,
- On board were 26 passengers including 8 children while the aircraft was certified for 19 passengers,
- The left engine fuel pump was completely burnt during the accident but it could not be determined if it failed during the flight or not,
- The crew was not sufficiently trained for emergency situations,
- Poor work organisation,
- Lack of supervision from the operator concerning crew's decisions before and during flights,
- Poor crew coordination,
- Lack of crew communication,
- Non compliance with management techniques,
- Incomplete execution of the actions provided by the emergency checklist.
Final Report: 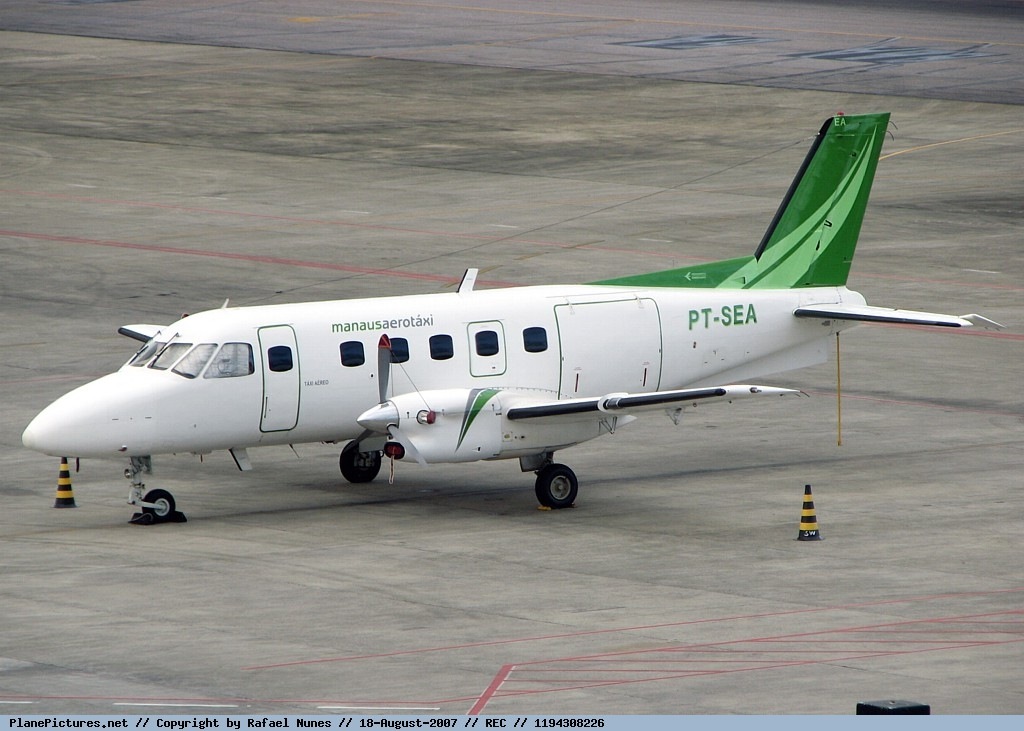 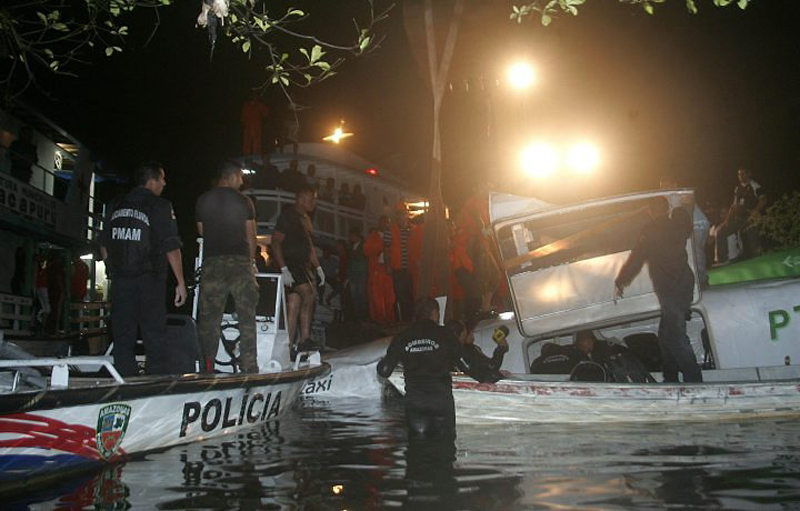 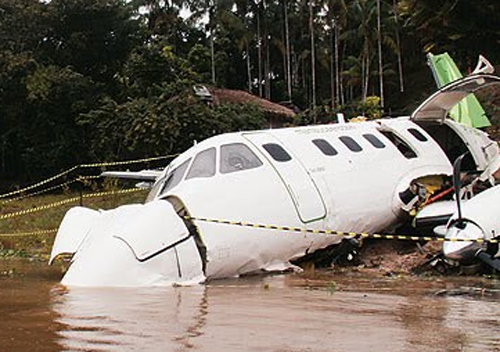 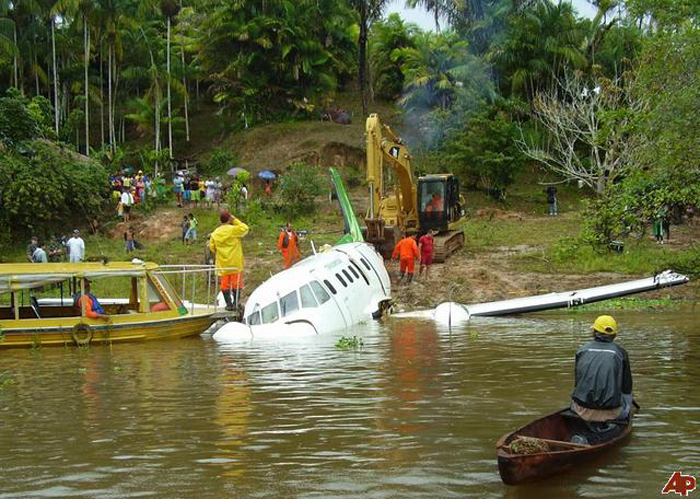 Registration:
PT-OCV
Flight Phase:
Landing (descent or approach)
Flight Type:
Scheduled Revenue Flight
Survivors:
Yes
Site:
Airport (less than 10 km from airport)
Schedule:
Manaus – Carauari
MSN:
110-359
YOM:
1981
Location:
Coari
Amazonas
Country:
Brazil
Region:
South America
Crew on board:
2
Crew fatalities:
Pax on board:
15
Pax fatalities:
Other fatalities:
Total fatalities:
0
Captain / Total flying hours:
16442
Captain / Total hours on type:
2519.00
Copilot / Total flying hours:
1132
Copilot / Total hours on type:
364
Circumstances:
The twin engine aircraft departed Manaus-Eduardo Gomes Airport on a flight to Carauari, carrying 15 passengers and two pilots. About 50 minutes into the flight, while cruising at an altitude of 8,500 feet, the right engine failed. The crew elected several times to restart it but without success. After the crew informed ATC about his situation, he was cleared to divert to Coari Airport located about 37 km from his position. Because the aircraft was overloaded and one engine was inoperative, the crew was approaching Coari Airport runway 28 with a speed higher than the reference speed. The aircraft landed too far down the runway, about 700 metres past the runway 28 threshold (runway 28 is 1,600 metres long). After touchdown, directional control was lost. The airplane veered off runway to the left and while contacting a drainage ditch, the undercarriage were torn off and the aircraft came to rest 20 metres further. All 17 occupants were evacuated, among them nine were injured. The aircraft was damaged beyond repair.
Probable cause:
The failure of the right engine was the result of the failure of the fuel pump due to poor maintenance and a possible use beyond prescribed limits. The presence of iron oxide inside and outside the fuel pump as well as the lack of cleanliness of the internal components indicates a probable lack of maintenance. When the right engine stopped running, the generator No. 1 was then responsible for powering the aircraft's electrical system. As the latter was not in good working order, the primary generator could not withstand the overload and ceased to function, leaving only the battery to power the entire electrical system. To maintain power to critical systems, the crew would have had to select the backup power system. Since after the engine stopped, there was no monitoring of the electrical system, the pilots only realized the failure of the electrical system when they attempted to extend the landing gears. The emergency hydraulic system was then used to lower the gears, after which the crew did not return the system selection valve to the 'normal' position, resulting in the brakes and the steering systems to be inoperative after landing. The chain of failures may be associated with not reading the checklist when performing procedures after the engine failure.
The following contributing factors were identified:
- Poor flight preparation,
- The crew failed to follow the SOP's, and took the decision to initiate the flight with an aircraft that was overloaded by 503 kilos,
- When the emergency situation presented itself to the crew, they failed to follow the checklist,
- On an organizational level, the company did not have an effective personnel training system in place, so that the crew did not have sufficient skills to respond to emergency situations,
- Because the aircraft was overloaded and that one engine was inoperative, the crew was forced to complete the approach with a speed higher than the reference speed,
- An improper use of the controls allowed the aircraft to land 700 meters past the runway 28 threshold, reducing the landing distance available,
- The crew focused their attention on the failure of the right engine and did not identify the failure of the electrical system, which delayed their tasks assignment, all made worse by the failure to comply with the checklist,
- The operations cleared the crew to start the flight despite the fact that the aircraft was overloaded on takeoff based on weight and balance documents,
- The crew did not prepare the flight according to published procedures and did not consider the total weight of the aircraft in relation to the number of passengers on board and the volume of fuelin the tanks, which resulted in an aircraft to be overloaded by 503 kilos and contributed to the failure of the right engine,
- A lack of maintenance on the part of the operator.
Final Report: 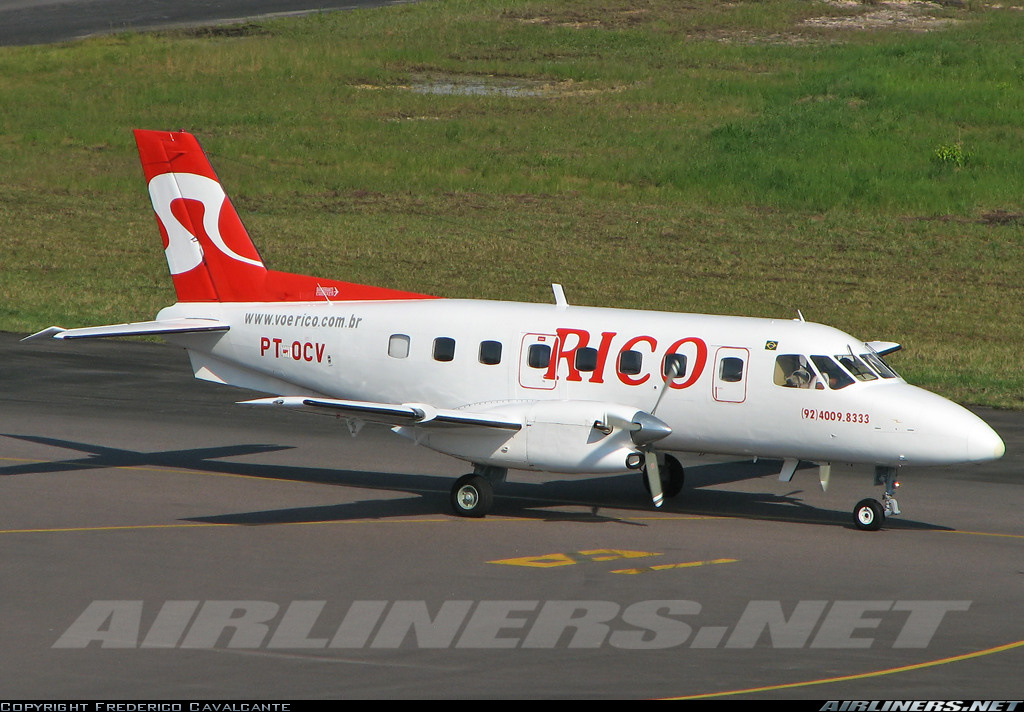 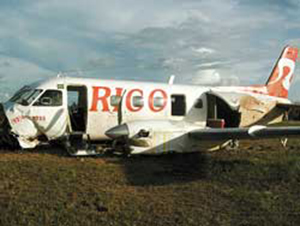 Registration:
2068
Flight Phase:
Flight
Flight Type:
Military
Survivors:
Yes
Site:
Plain, Valley
Schedule:
Belém – Jacareacanga – Cachimbo
MSN:
17020/34284
YOM:
1945
Location:
Coari
Amazonas
Country:
Brazil
Region:
South America
Crew on board:
5
Crew fatalities:
Pax on board:
20
Pax fatalities:
Other fatalities:
Total fatalities:
20
Circumstances:
The airplane was completing a flight from Belém to Cachimbo Airport, Novo Progresso, with an intermediate stop in Jacareacanga. During the second leg, the crew informed ground he encountered technical problems with the radiocompas and was cleared to return to Jacareacanga. By night and due to the lack of points of reference on the ground, the crew lost his orientation and was unable to locate the Jacareacanga Airport. Later, the captain informed ground he try to divert to Manaus but he was eventually forced to attempt an emergency landing due to fuel exhaustion. The airplane struck trees, stalled and eventually crashed in a swampy area located in the region of Coari. As the airplane failed to arrive at Cachimbo Airport, SAR operations were conducted and the wreckage was found 10 days later in an isolated area. Five occupants were found alive while 20 others were killed.
Probable cause:
Emergency landing due to a fuel exhaustion caused by a radiocompas failure in flight.
Subscribe to Coari