Crash of a Rockwell Aero Commander 500B near Sylacauga

Registration:
N107DF
Flight Phase:
Flight
Flight Type:
Cargo
Survivors:
Yes
Site:
Plain, Valley
Schedule:
Tampa - Birmingham
MSN:
500B-1191-97
YOM:
1962
Location:
Sylacauga
Alabama
Country:
United States of America
Region:
North America
Crew on board:
1
Crew fatalities:
Pax on board:
0
Pax fatalities:
Other fatalities:
Total fatalities:
0
Circumstances:
The pilot departed Tampa Executive Airport at 1550LT on a cargo flight to Birmingham, Alabama. About two hours and a half into the flight, while approaching Birmingham-Shuttlesworth Airport from the southeast at an altitude of 5,800 feet, the pilot initiated a 180 turn in an apparent attempt to divert to Sylacauga Airport. Shortly later, the twin engine airplane impacted the ground and crashed into trees some 5 km north of Sylacauga Airport which is located 60 km southeast of Birmingham-Shuttlesworth Airport. The pilot was transported to local hospital but seems to be uninjured. 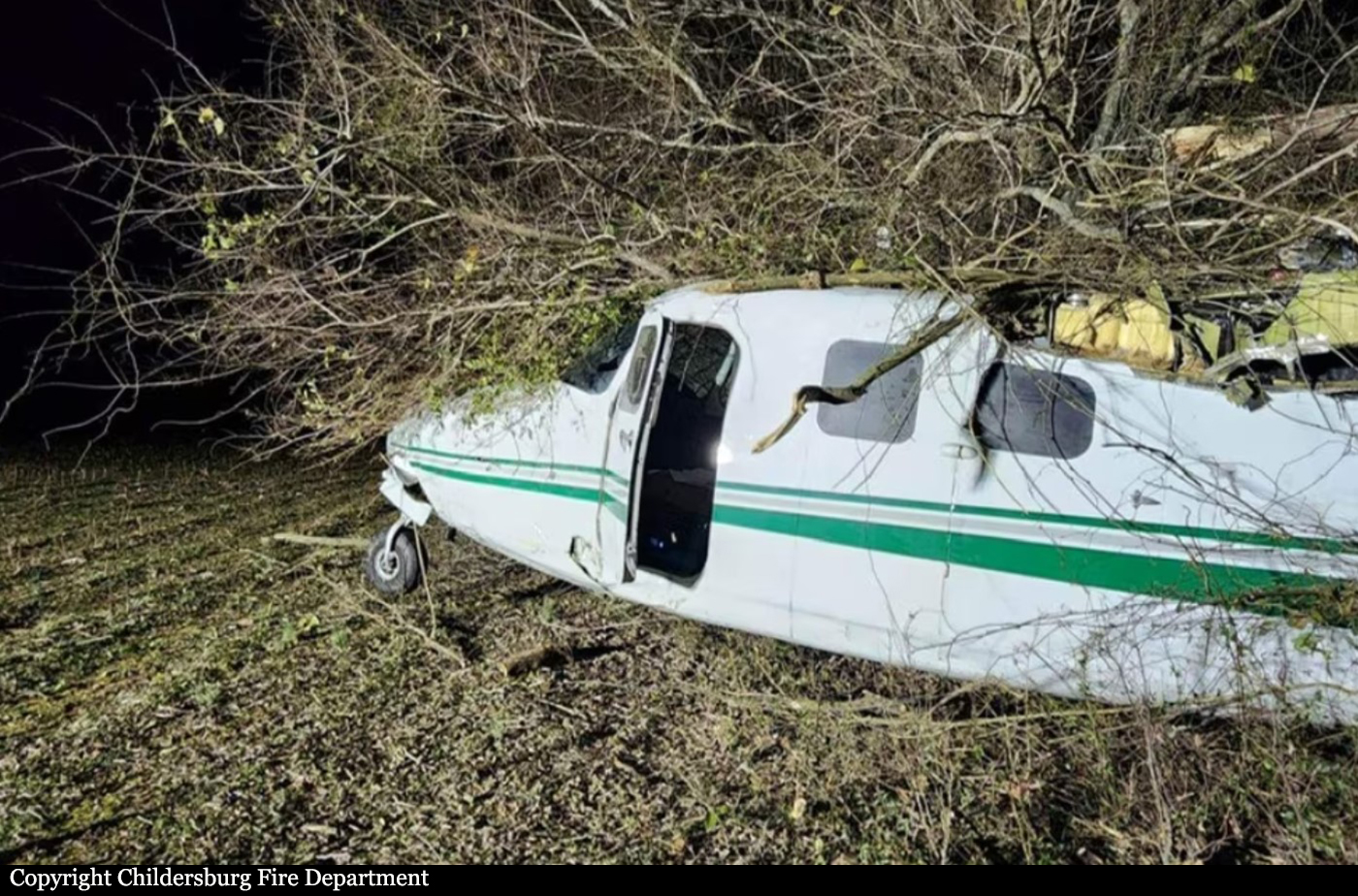 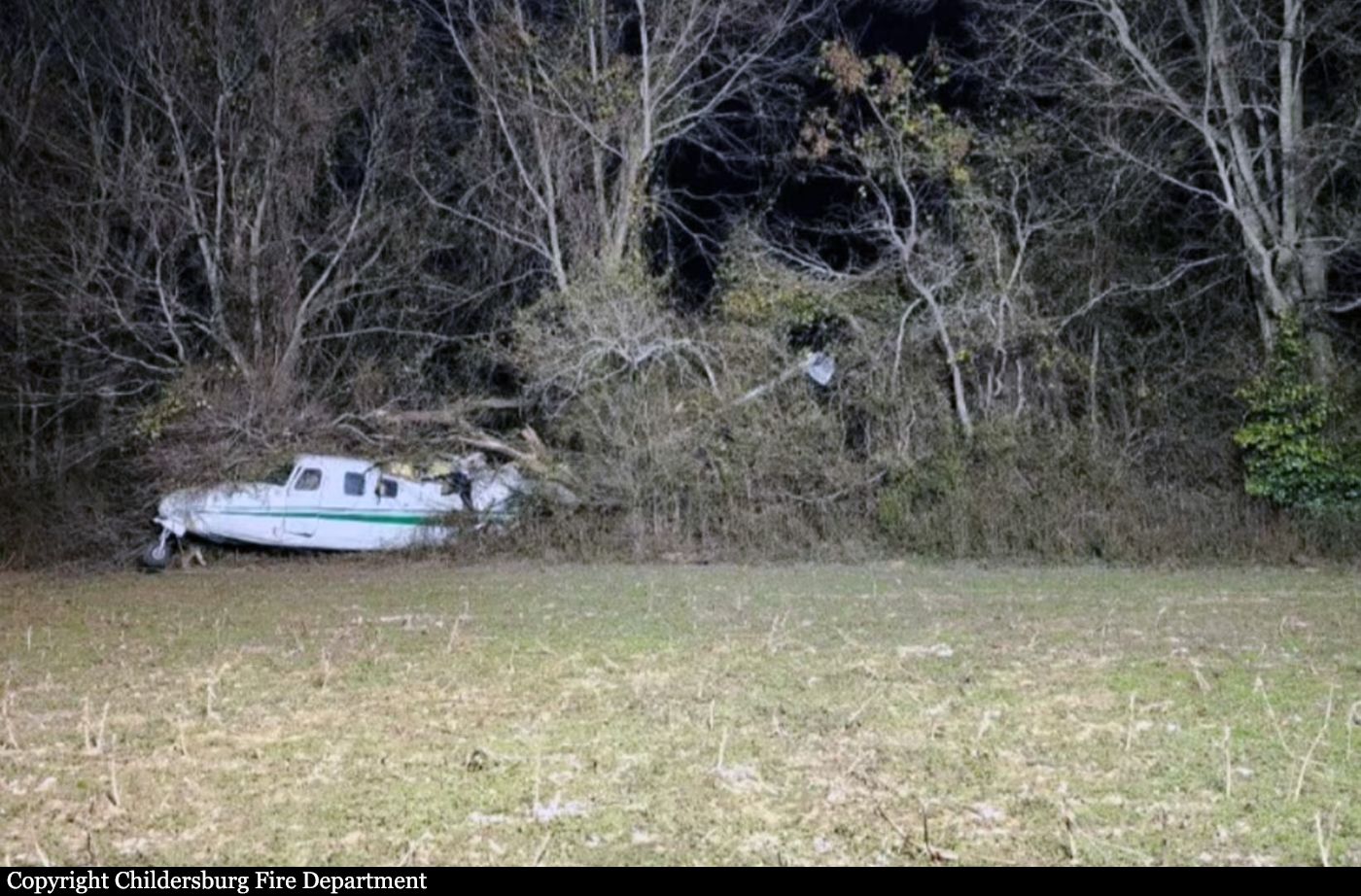 Crash of a Rockwell Aero Commander 500 in Dabajuro: 1 killed

Registration:
HI-560
Flight Phase:
Landing (descent or approach)
Flight Type:
Private
Survivors:
Yes
Site:
Airport (less than 10 km from airport)
MSN:
500-778-69
YOM:
1959
Location:
Dabajuro
Falcón
Country:
Venezuela
Region:
South America
Crew on board:
1
Crew fatalities:
Pax on board:
0
Pax fatalities:
Other fatalities:
Total fatalities:
1
Circumstances:
Apparently following technical issues, the pilot was forced to attempt an emergency landing at Dabajuro Airport. The twin engine aircraft crash landed near the runway and struck two motorcyclists. One of them was killed while the second was injured. The airplane was damaged beyond repair and the pilot was uninjured. 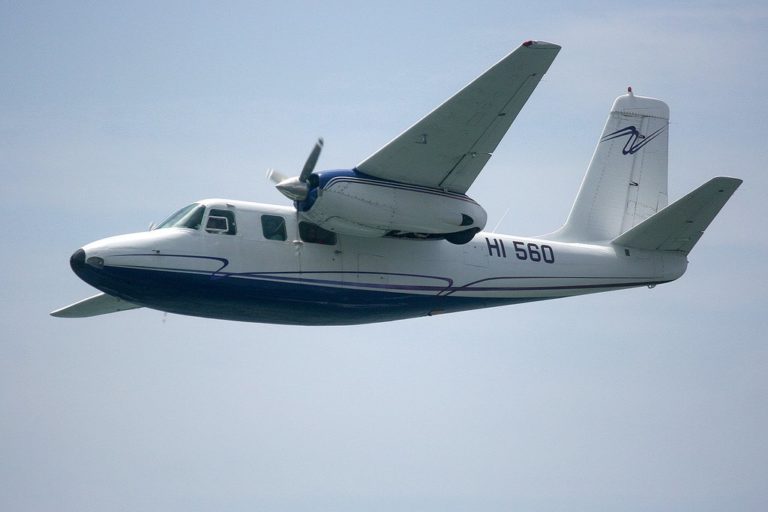 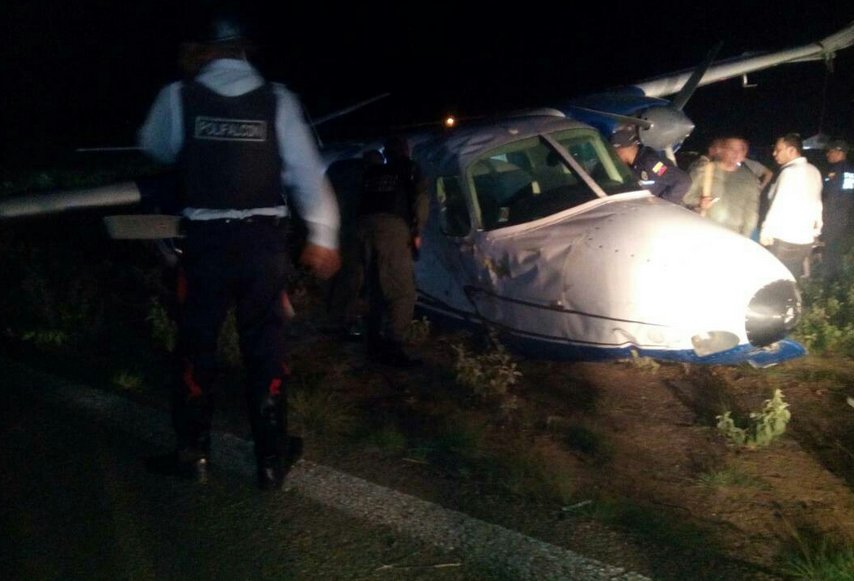 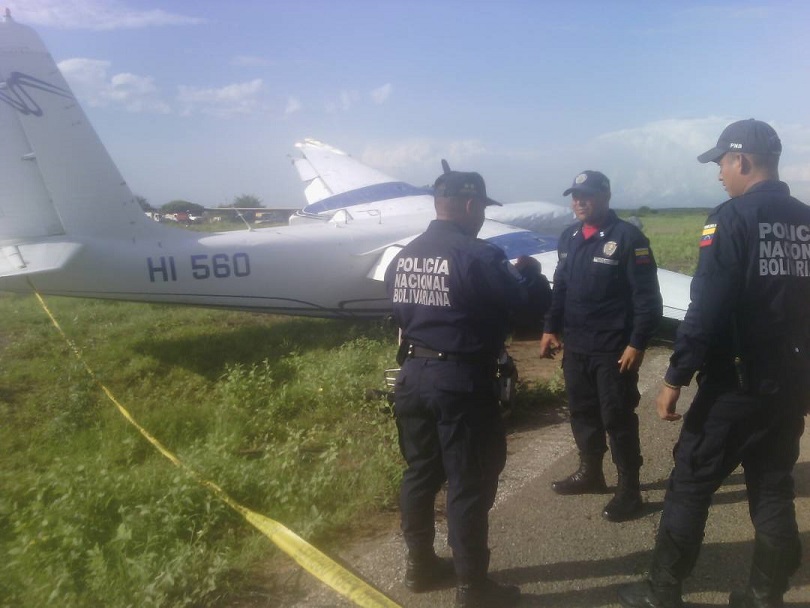 Registration:
N14AV
Flight Phase:
Flight
Flight Type:
Positioning
Survivors:
No
Site:
Plain, Valley
Schedule:
Tomball – Austin
MSN:
500-914-22
YOM:
1960
Location:
McDade
Texas
Country:
United States of America
Region:
North America
Crew on board:
1
Crew fatalities:
Pax on board:
0
Pax fatalities:
Other fatalities:
Total fatalities:
1
Captain / Total flying hours:
7075
Captain / Total hours on type:
168.00
Aircraft flight hours:
12859
Circumstances:
The airline transport pilot was conducting a cross-country repositioning flight. While en route to the destination airport, the pilot contacted air traffic control and stated that he was beginning to descend. No further radio transmissions were made by the pilot. Radar and GPS information showed, about the same time as the pilot's last transmission, the airplane's flightpath began descending in a westerly direction. The last recorded GPS point showed the airplane about 200 ft southwest of the initial impact point, 90 ft above ground level, and at a groundspeed of 66 knots. The airplane wreckage was located in an open field and impact signatures were consistent with a stall/spin, which had resulted in a near-vertical impact at a slow airspeed. The right propeller blades were found in the feathered position. Examination of the right engine found that the oil gauge housing extension was improperly secured to the oil gauge housing, which resulted in a loss of engine oil. Additionally, the examination revealed a hole in the right engine's crankcase, metal material in the oil sump, and signatures consistent with the lack of lubrication. Cockpit switches were positioned in accordance with the in-flight shutdown of the right engine. No anomalies were found with the left engine or airframe that would have precluded normal operation. Another pilot who had flown with the accident pilot reported that the pilot typically used the autopilot, and the autopilot system was found with the roll, heading, and pitch modes active. During the descent, no significant changes of heading were recorded, and the direction of travel before the stall was not optimal for the airplane to land before a fence line. It is likely that the autopilot was controlling the airplane's flightpath before the stall. Despite one operating engine, the pilot did not maintain adequate airspeed and exceeded the airplane's critical angle-of-attack (AOA), which resulted in an aerodynamic stall/spin. Correcting the last GPS recorded airspeed for prevailing wind, the airplane's indicated airspeed would have been about 72 knots, which is above the airplane's 0-bank stall speed, but an undetermined mount of bank would have been applied to maintain heading, which would have accelerated the stall speed. It could not be determined why the pilot did not maintain adequate airspeed or notify air traffic controller of an engine problem. Although a review of the pilot's medical records revealed that he had several historical medical conditions and the toxicology tests detected several sedating allergy medications in his system, it was inconclusive whether the medical conditions or medications impaired the pilot's ability to fly the airplane or if the pilot was incapacitated. It is also possible that the pilot was distracted by the loss of oil from the right engine and that this resulted in his failure to maintain adequate airspeed, his exceedance of the airplane's critical AOA, and a subsequent stall/spin; however, based on the available evidence, the investigation could not determine the reason for the pilot's lack of corrective actions.
Probable cause:
The pilot's failure to maintain adequate airspeed and his exceedance of the airplane's critical angle-of-attack for reasons that could not be determined based on the available evidence, which resulted in an aerodynamic stall/spin. Contributing to the accident was the improperly installed oil gauge housing extension, which resulted in a loss of oil quantity and right engine power.
Final Report: 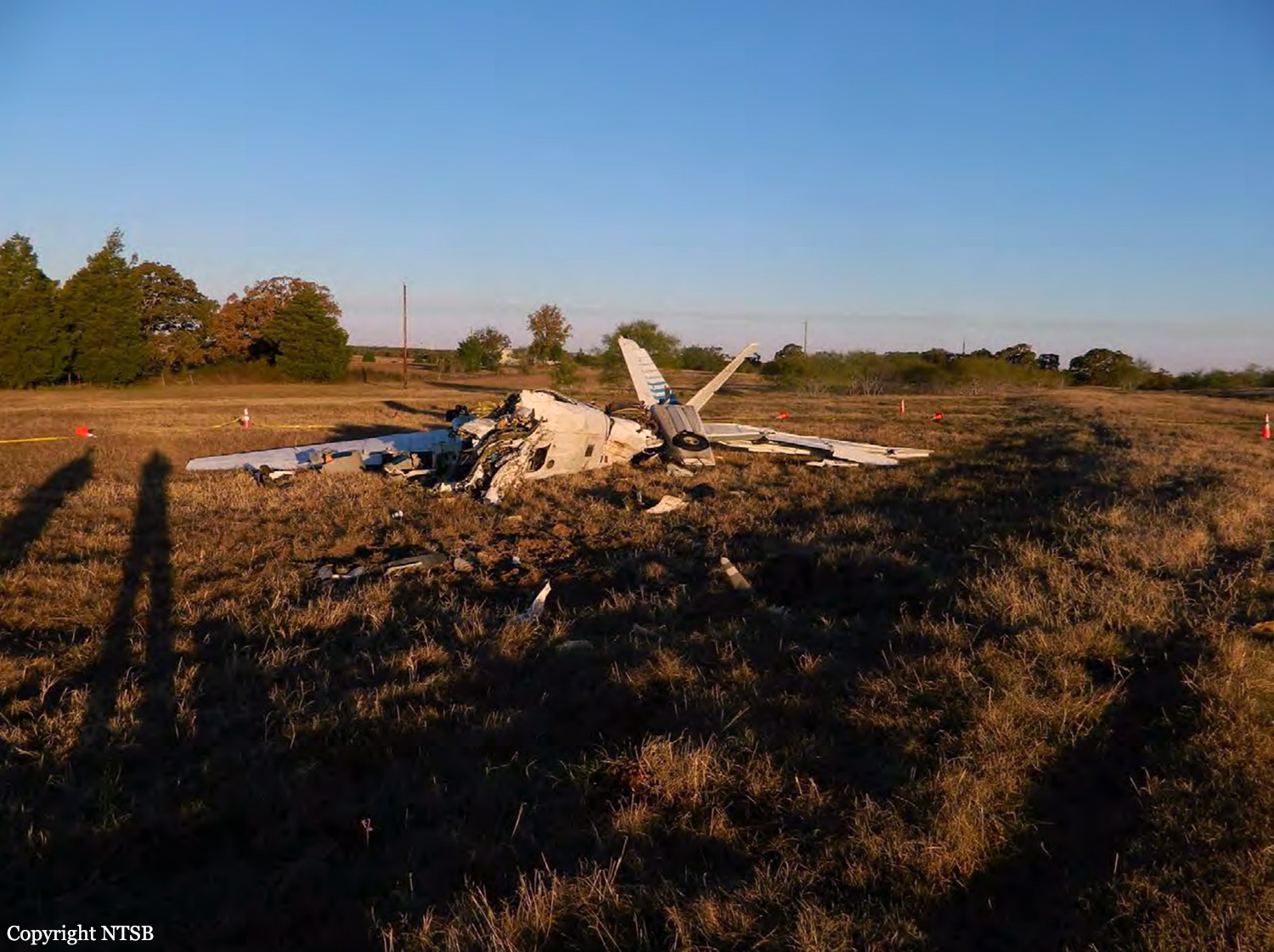 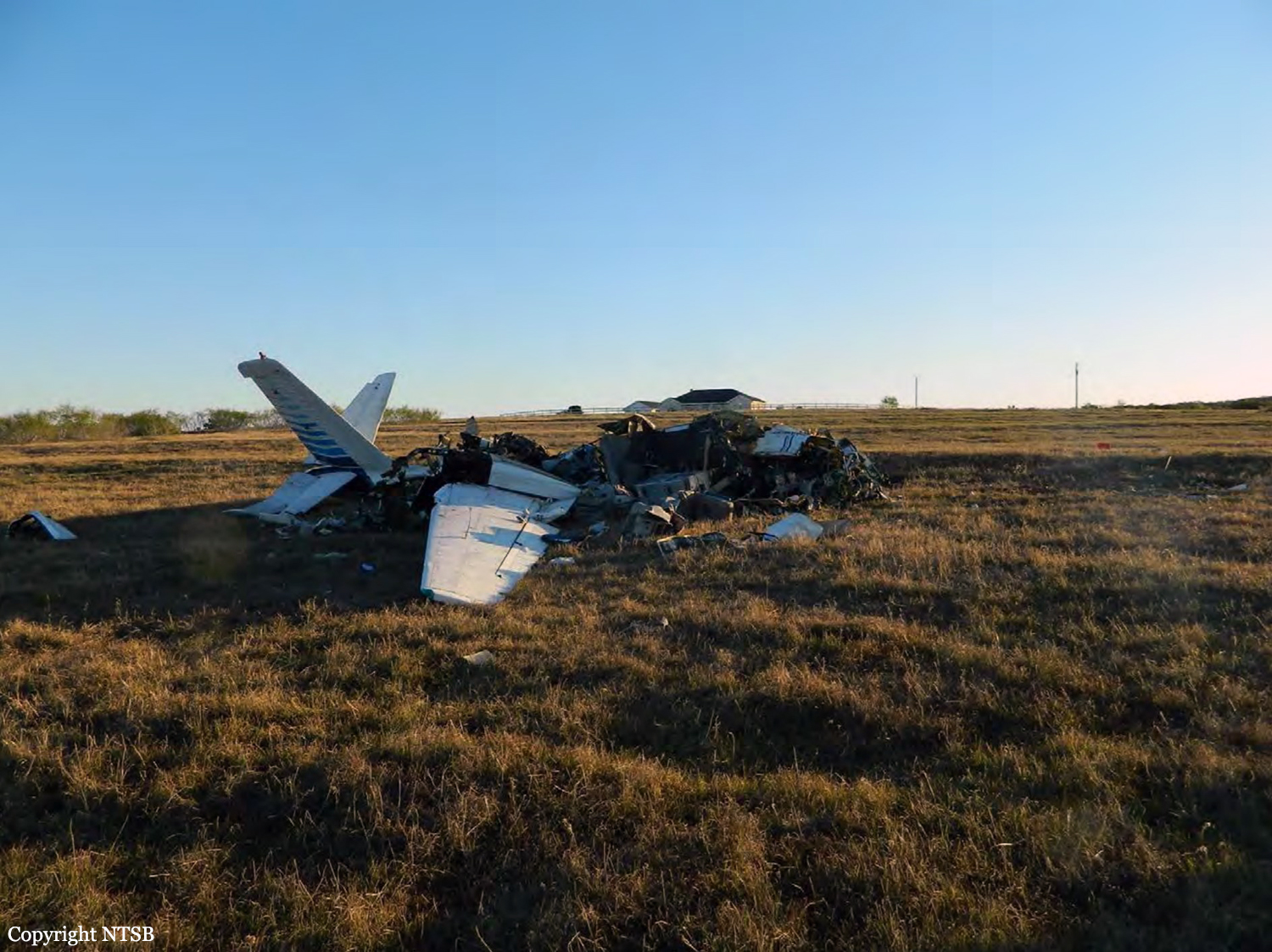 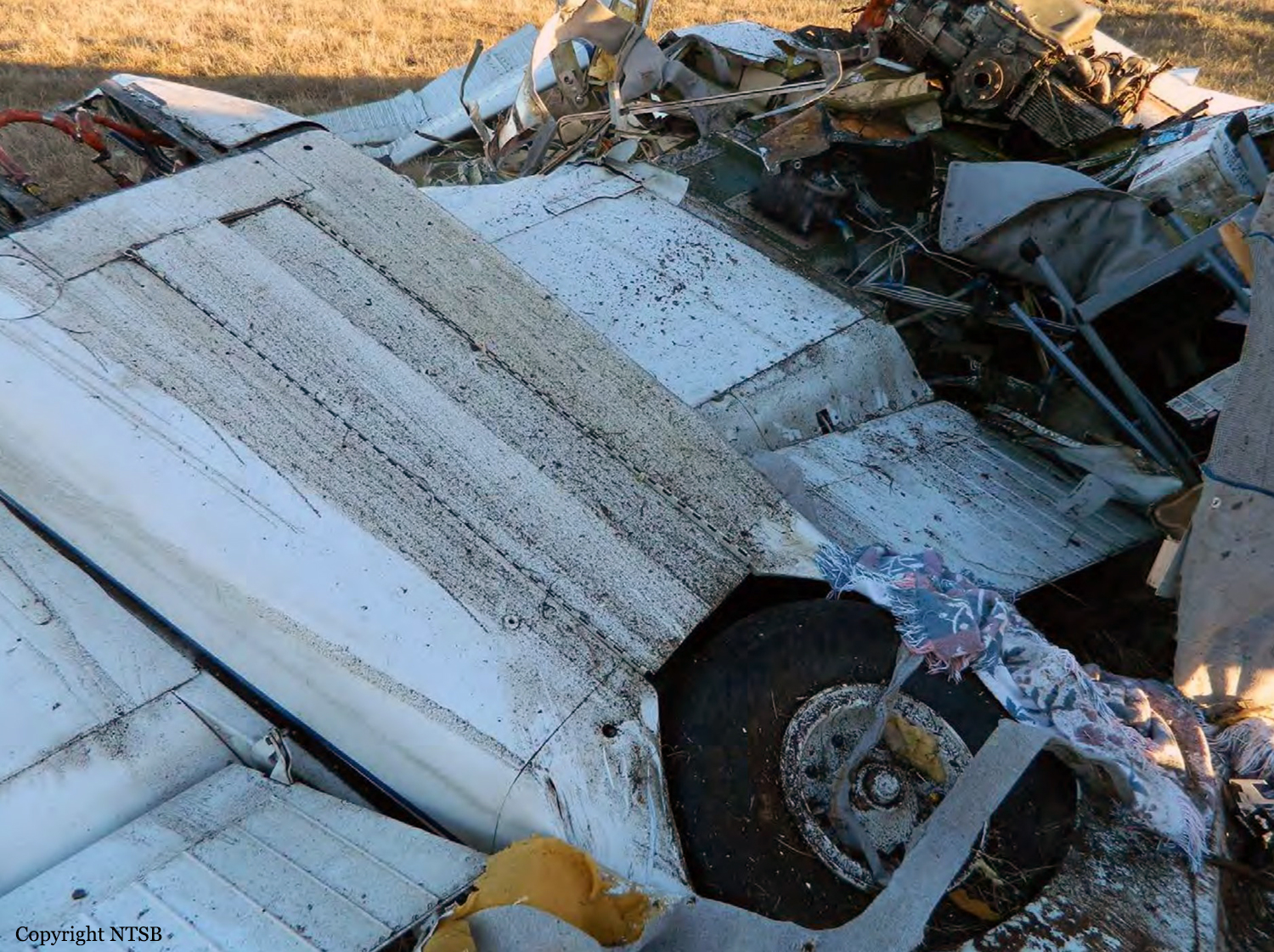 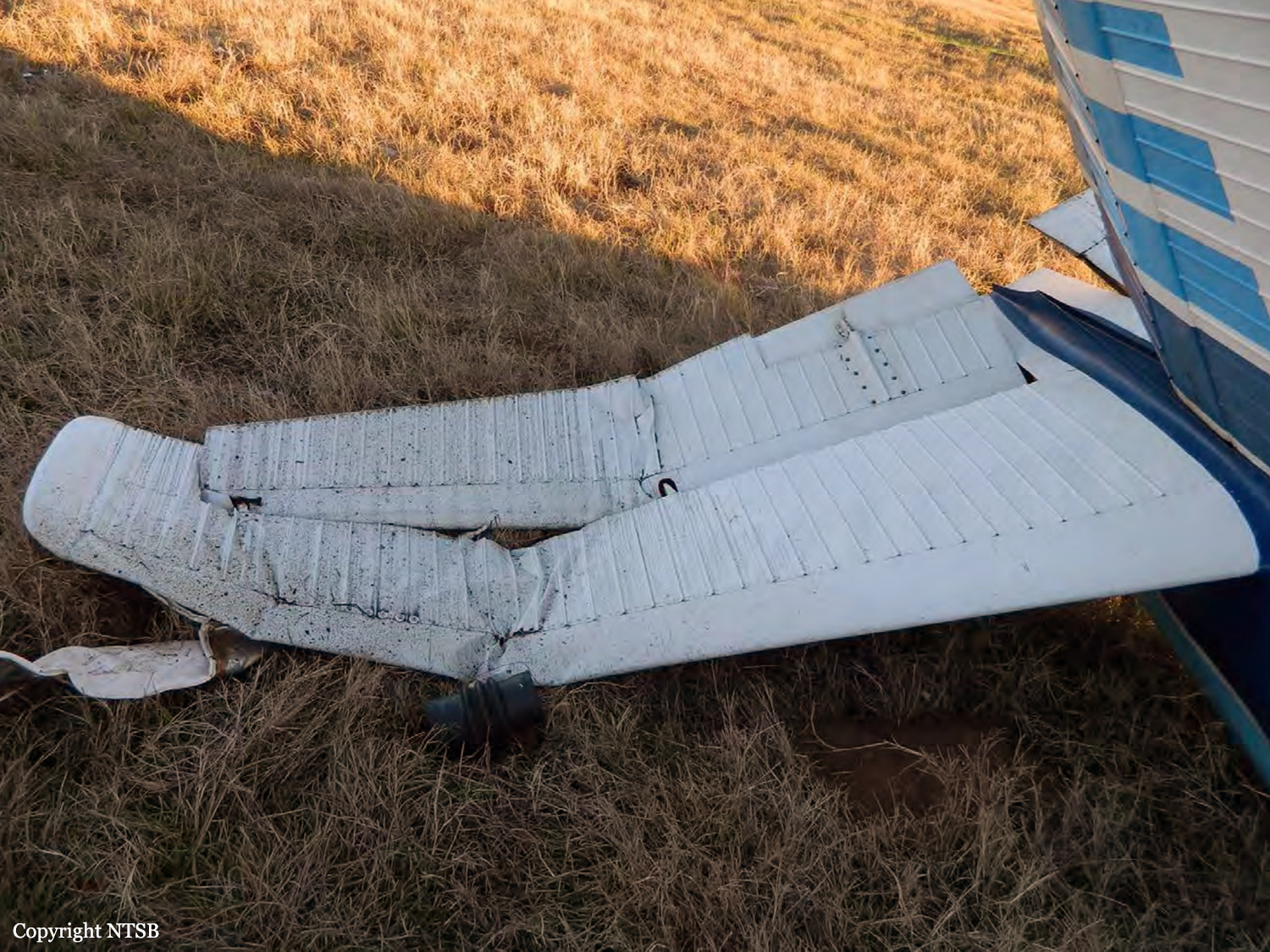 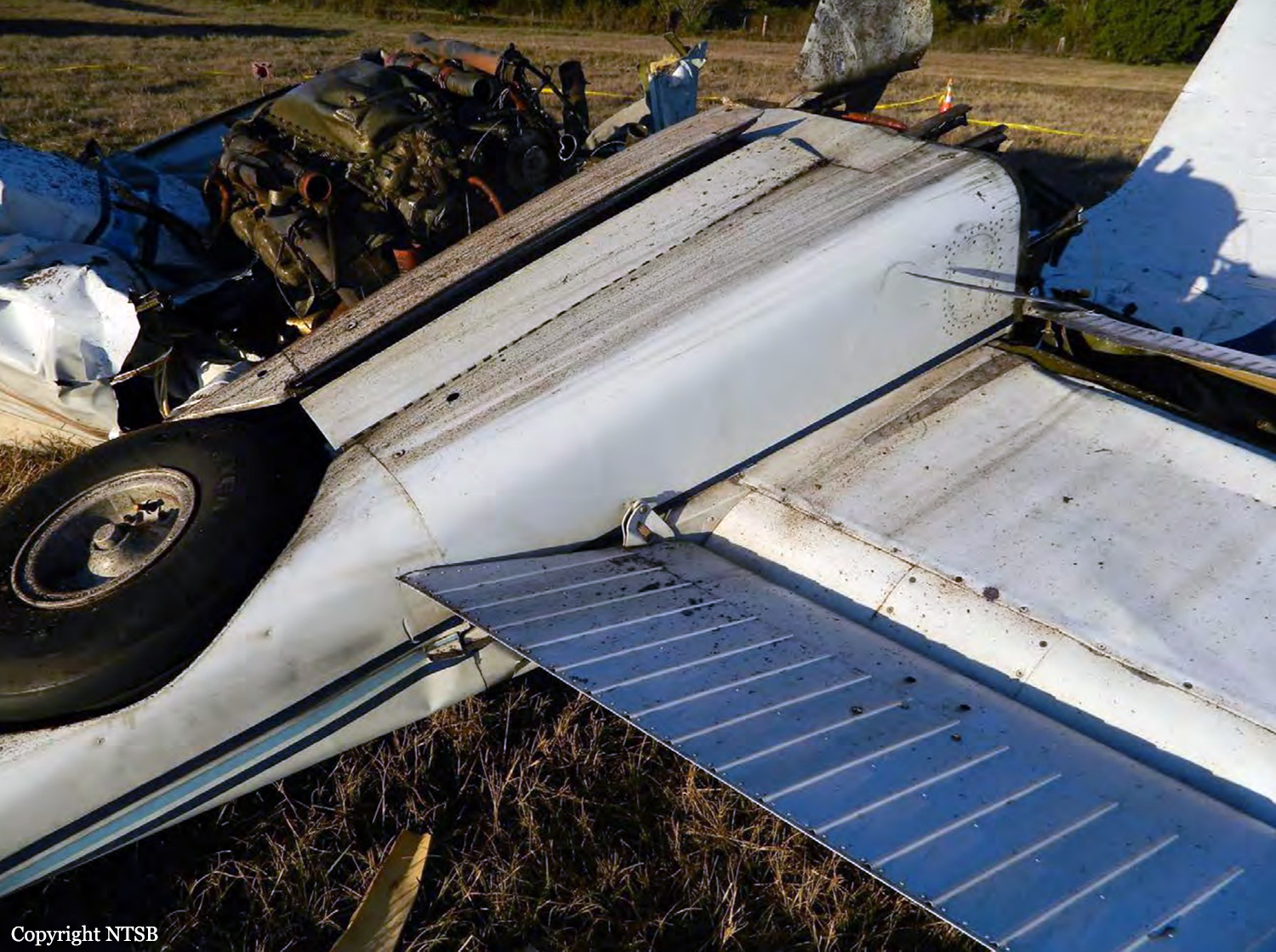 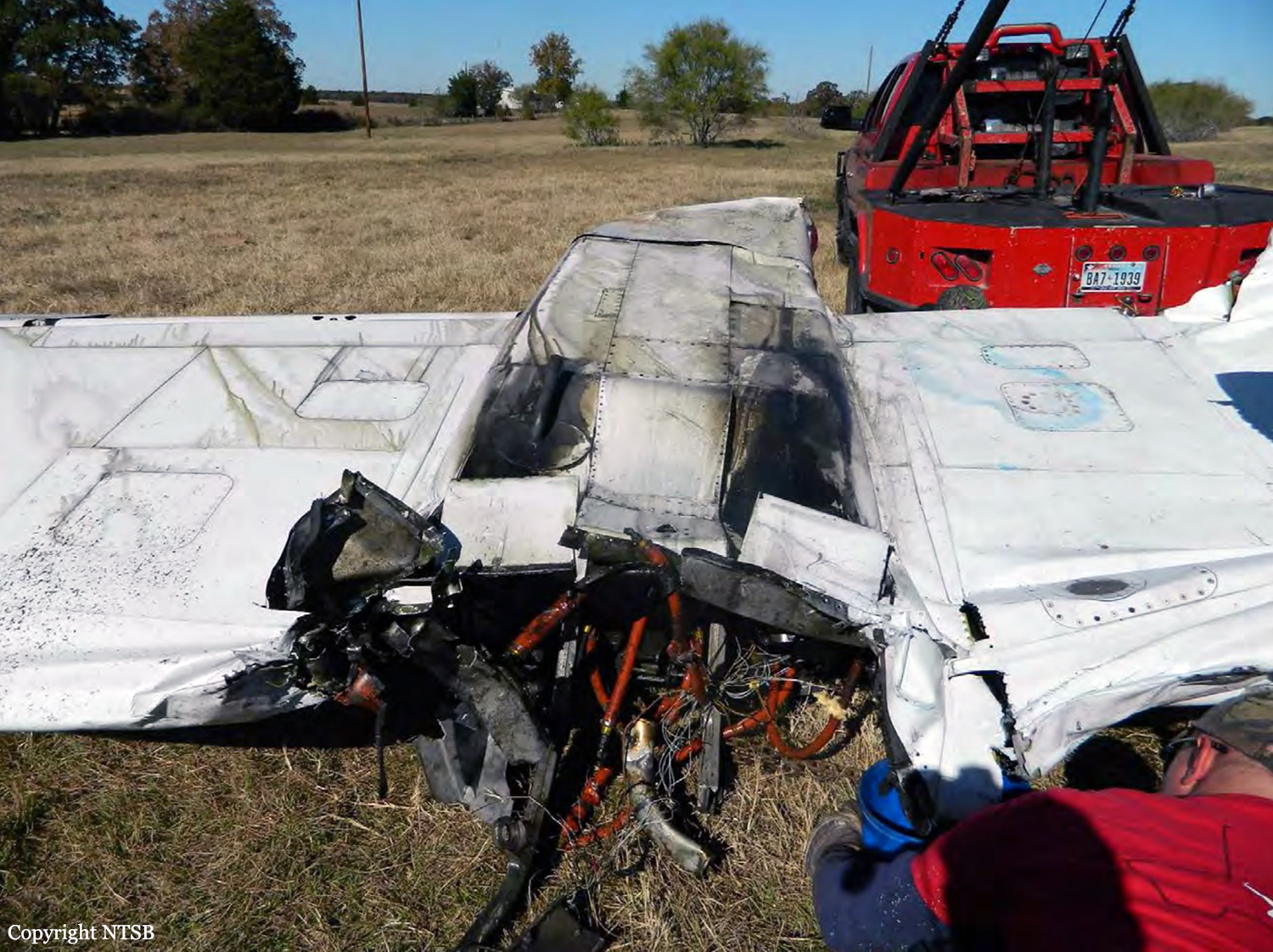 Crash of a Rockwell Aero Commander 500B in Chicago: 1 killed

Registration:
N30MB
Flight Phase:
Landing (descent or approach)
Flight Type:
Cargo
Survivors:
No
Site:
City
Schedule:
Chicago - Columbus
MSN:
500-1453-160
YOM:
1964
Flight number:
CTL62
Location:
Chicago-Midway
Illinois
Country:
United States of America
Region:
North America
Crew on board:
1
Crew fatalities:
Pax on board:
0
Pax fatalities:
Other fatalities:
Total fatalities:
1
Captain / Total flying hours:
1339
Captain / Total hours on type:
34.00
Aircraft flight hours:
26280
Circumstances:
The commercial pilot was conducting an on-demand cargo charter flight. Shortly after takeoff, the pilot informed the tower controller that he wanted to "come back and land" because he was "having trouble with the left engine." The pilot chose to fly a left traffic pattern and return for landing. No further transmissions were received from the pilot. The accident site was located about 0.50 mile southeast of the runway's displaced threshold. GPS data revealed that, after takeoff, the airplane entered a left turn to a southeasterly course and reached a maximum GPS altitude of 959 ft (about 342 ft above ground level [agl]). The airplane then entered another left turn that appeared to continue until the final data point. The altitude associated with the final data point was 890 ft (about 273 ft agl). The final GPS data point was located about 135 ft northeast of the accident site. Based on GPS data and the prevailing surface winds, the airspeed was about 45 knots during the turn. According to the airplane flight manual, the stall speed in level flight with the wing flaps extended was 59 knots. Postaccident examination and testing of the airframe, engines, and related components did not reveal any preimpact mechanical failures or malfunctions that would have precluded normal operation; therefore, the nature of any issue related to the left engine could not be determined. Based on the evidence, the pilot failed to maintain adequate airspeed while turning the airplane back toward the airport, which resulted in an aerodynamic stall/spin.
Probable cause:
The pilot's failure to maintain airspeed while attempting to return to the airport after a reported engine problem, which resulted in an aerodynamic stall/spin.
Final Report: 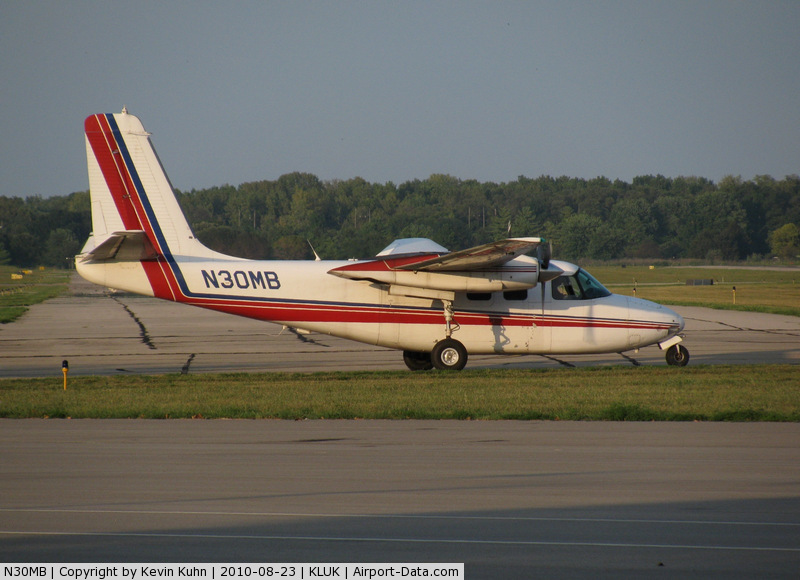 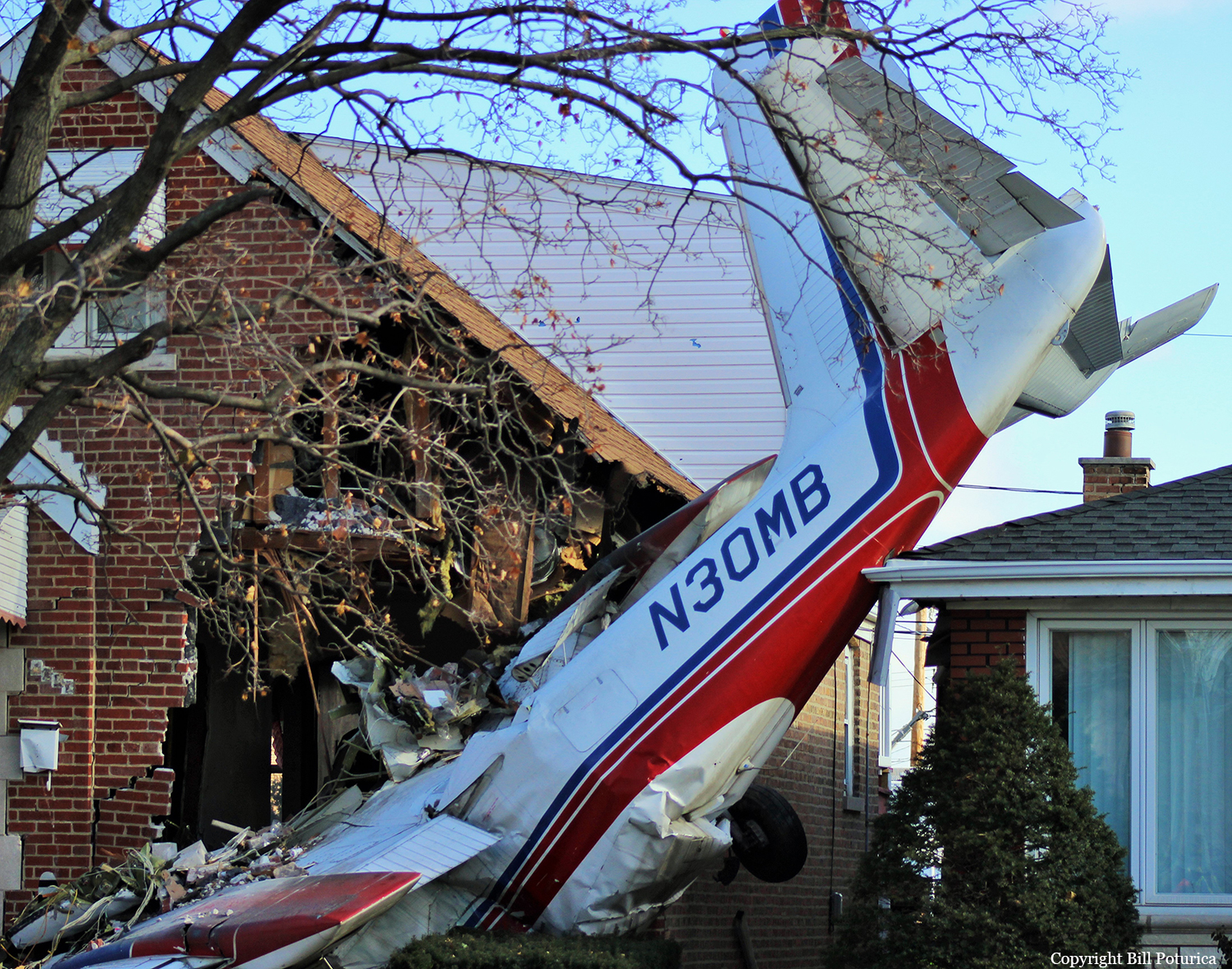 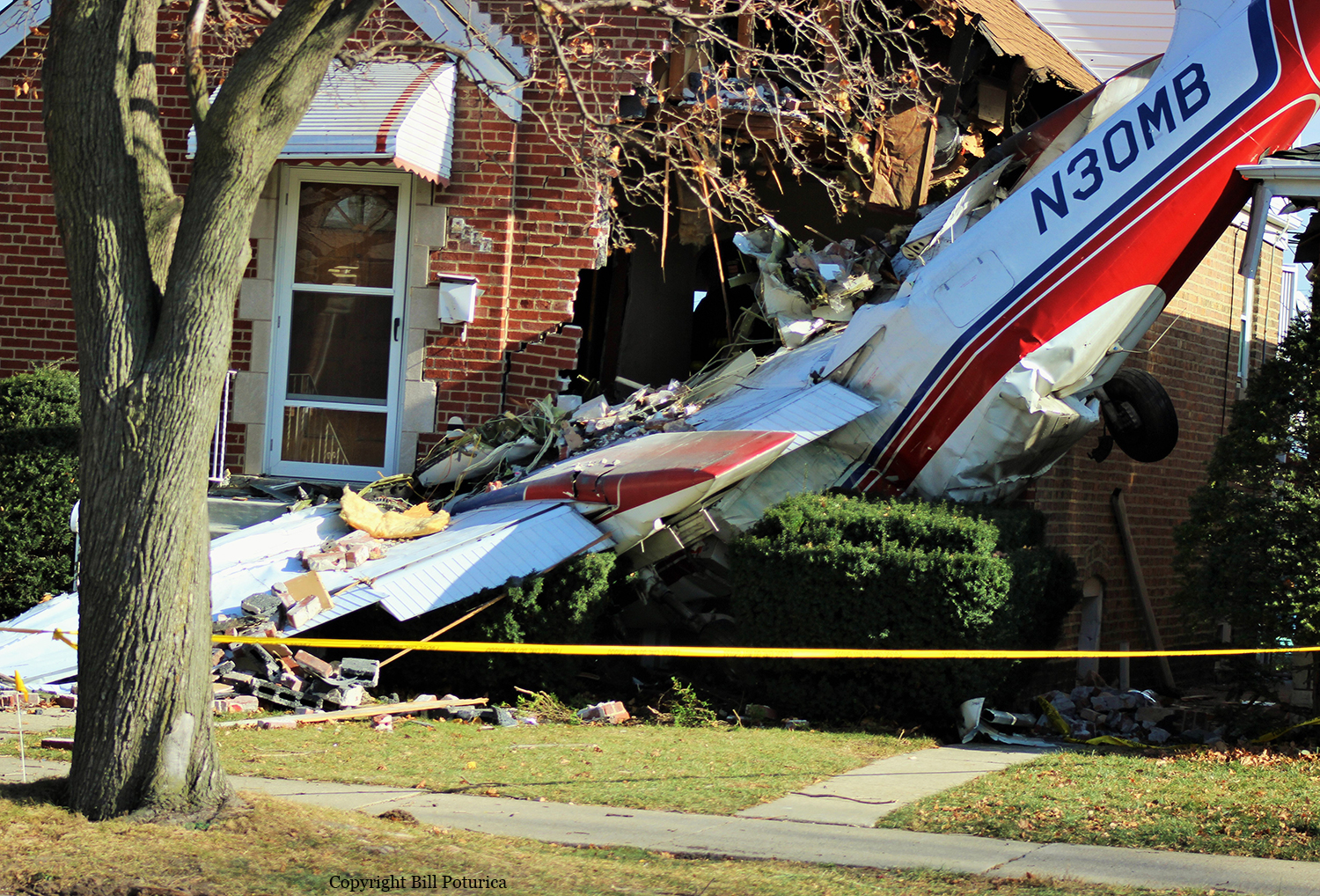 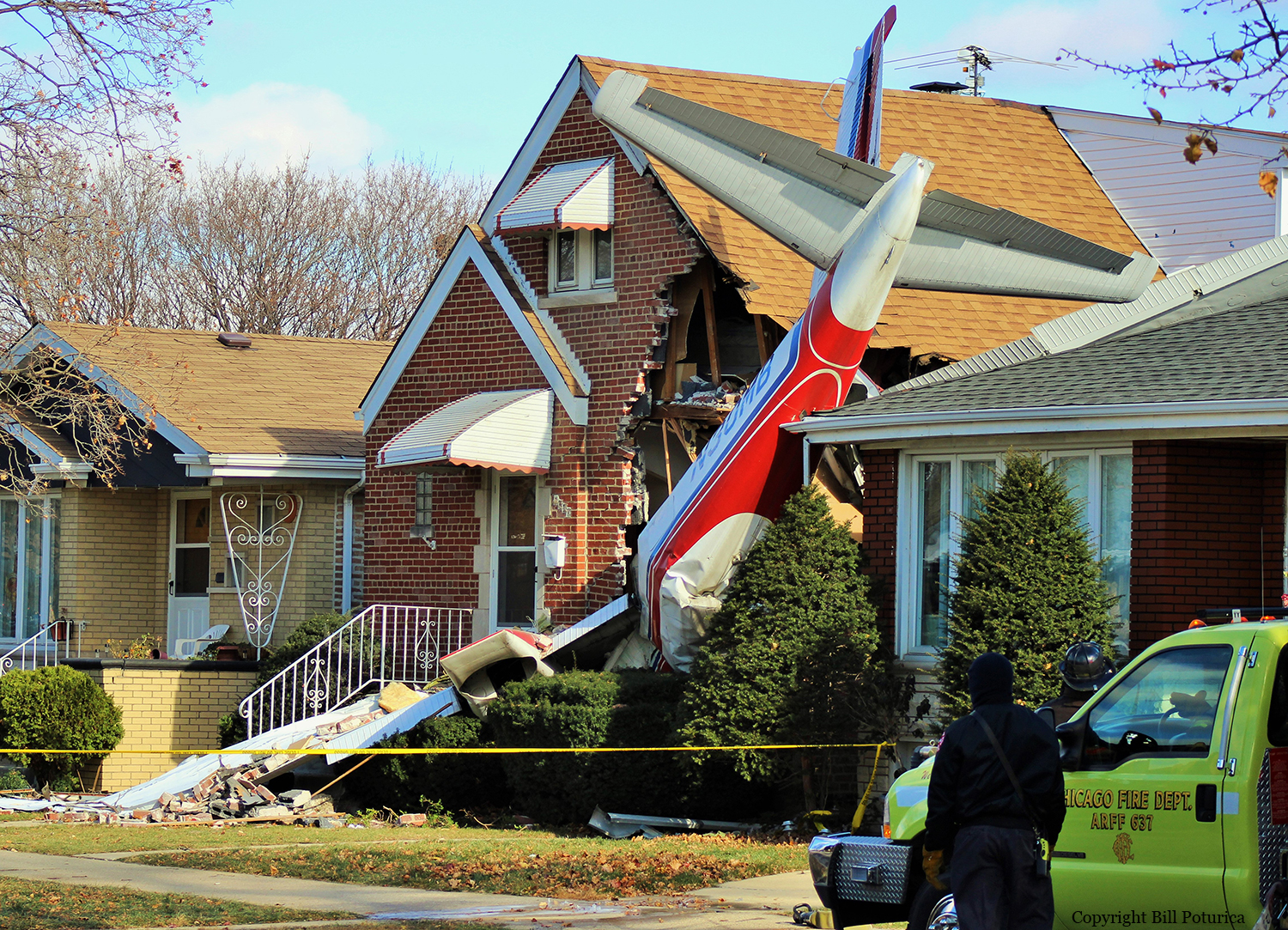 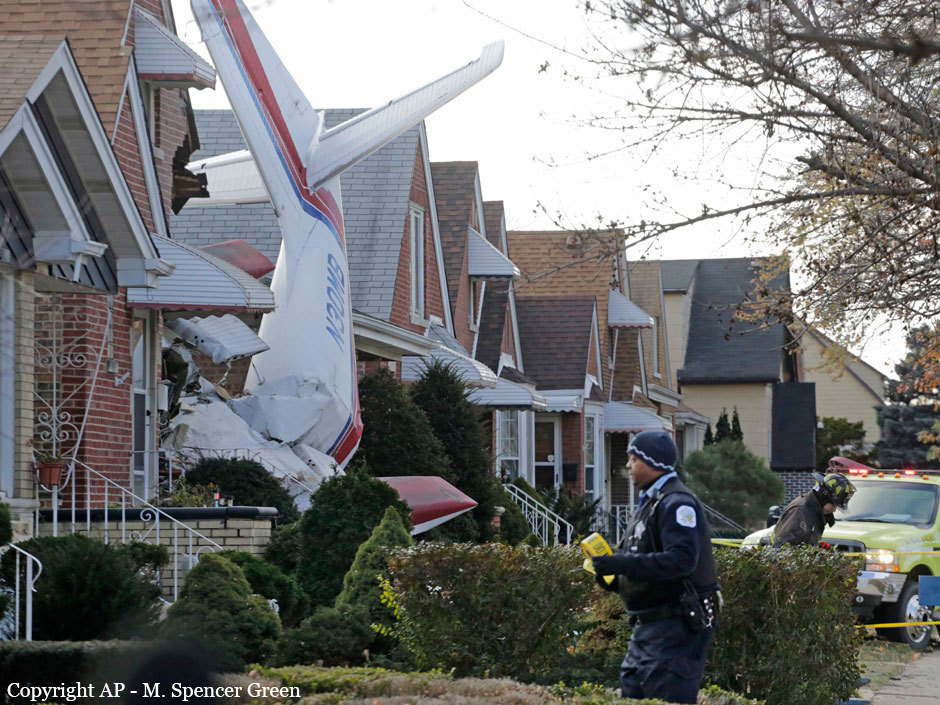 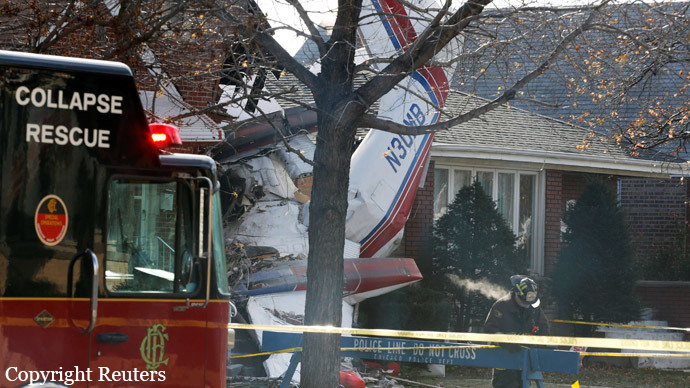 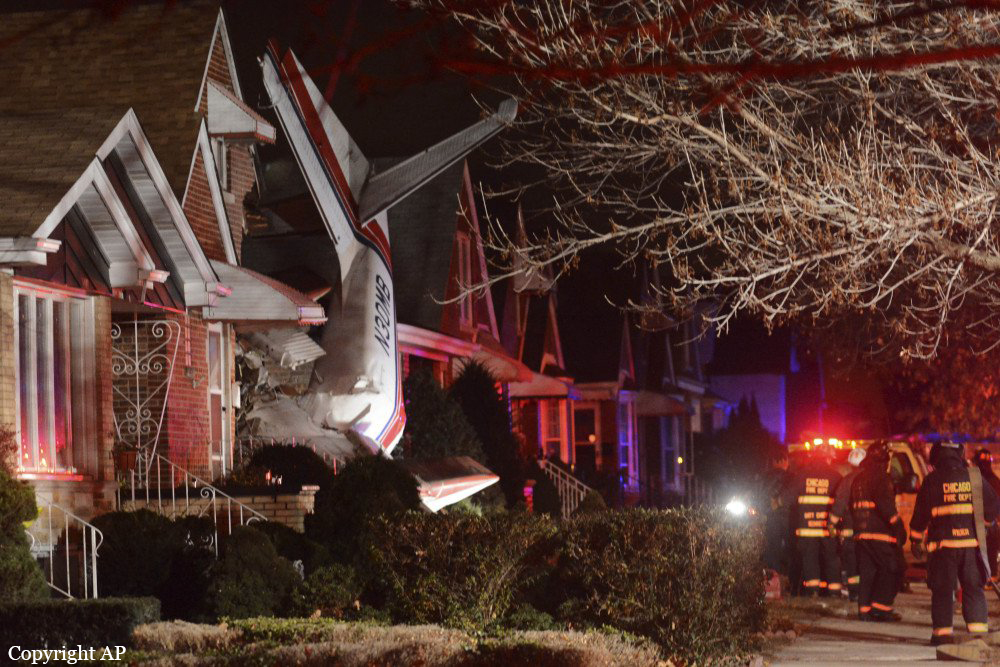 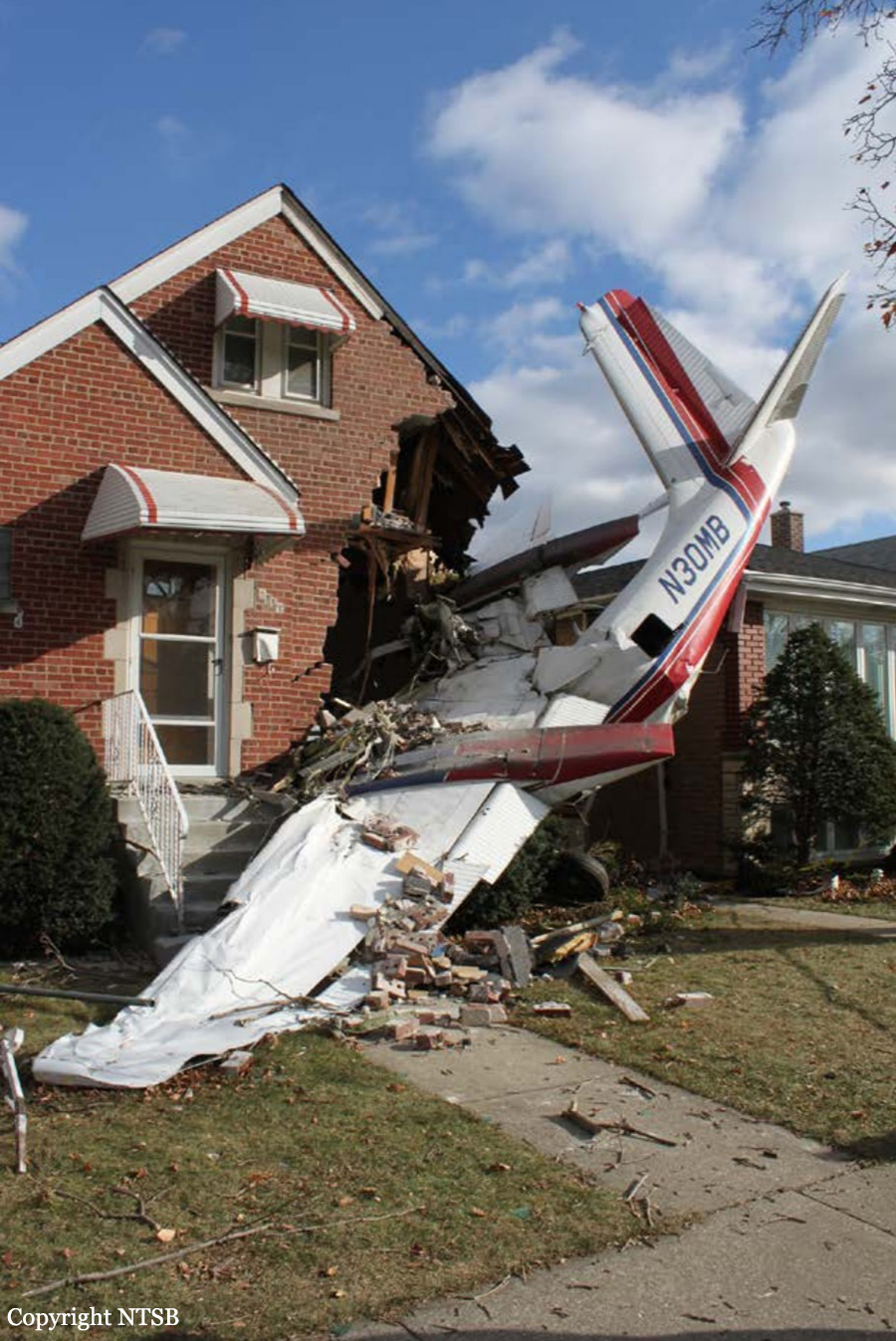 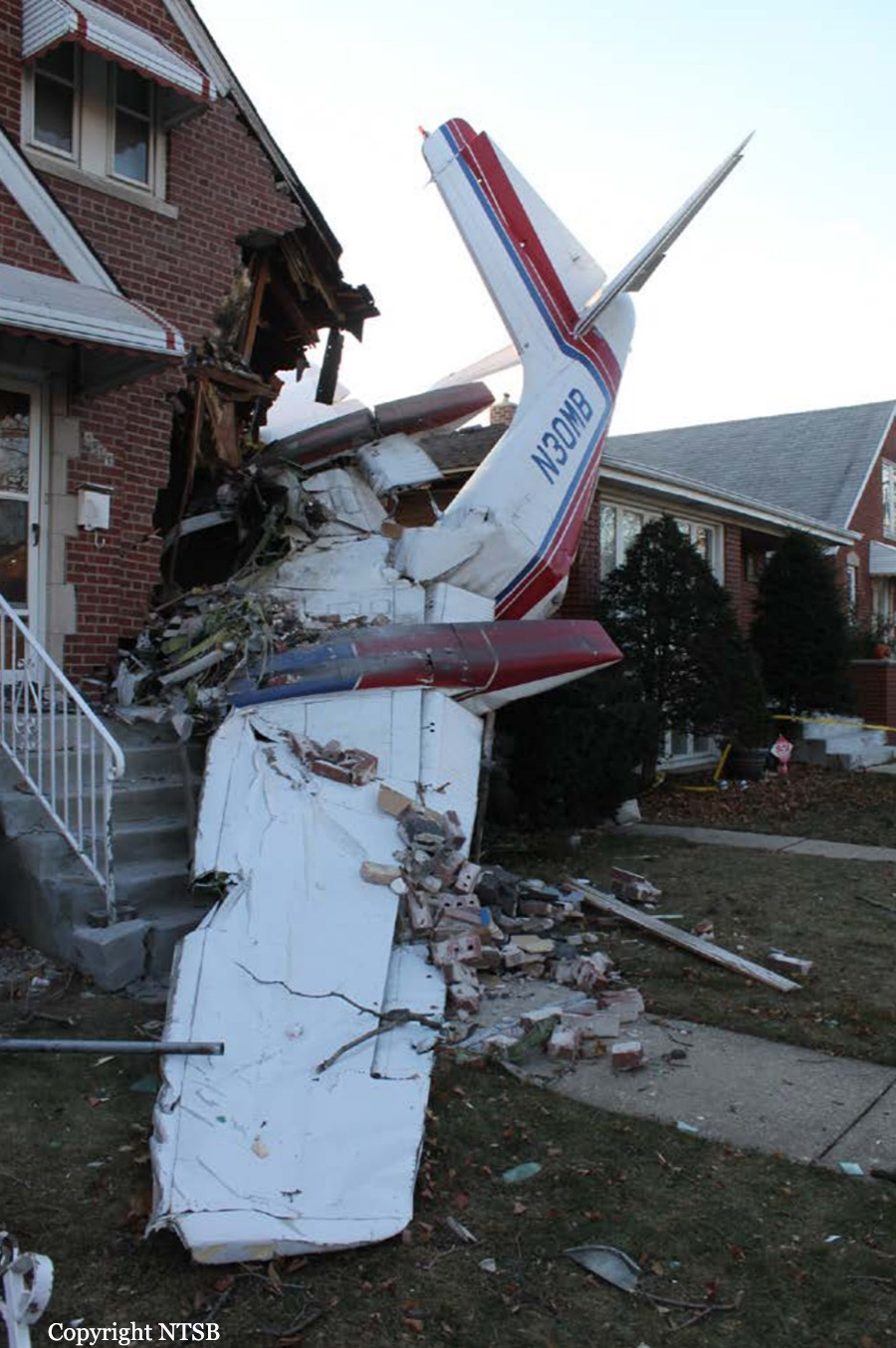 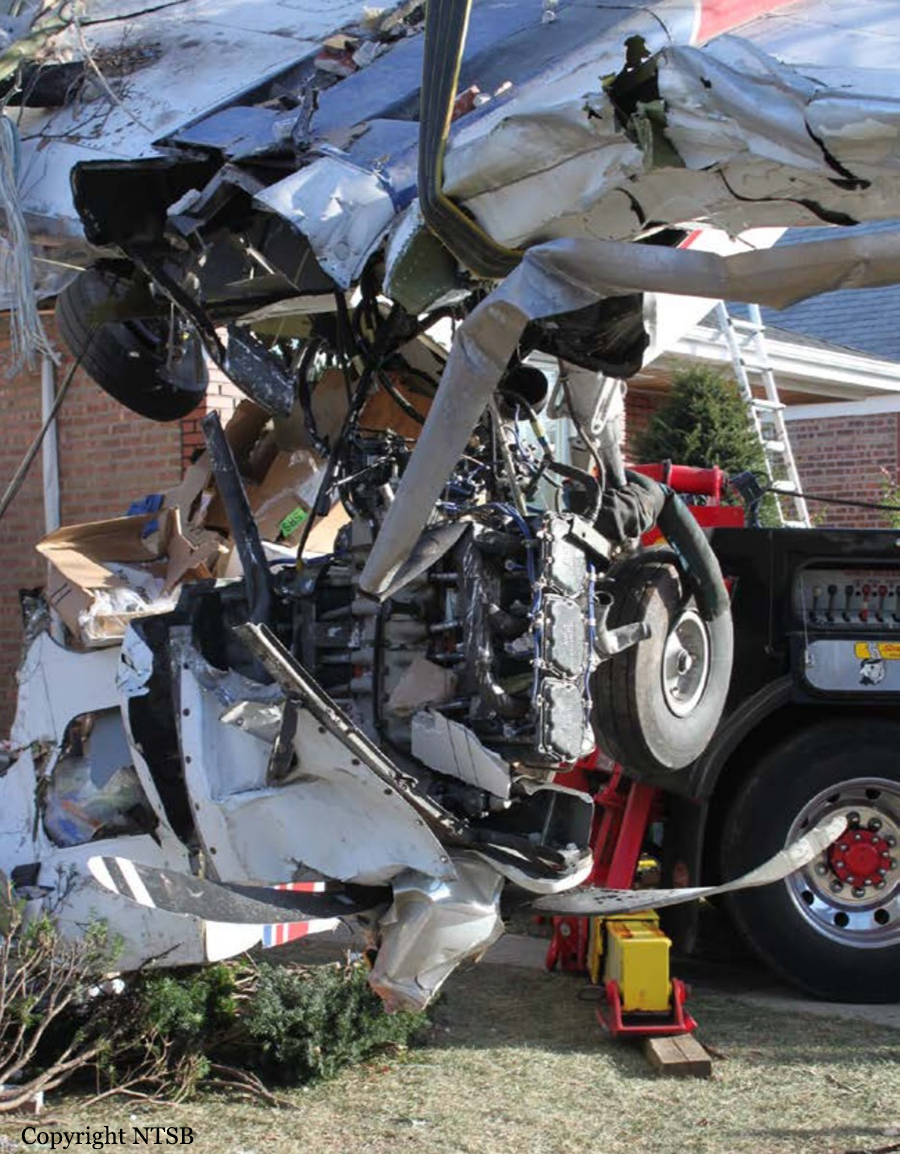