Crash of an IAI-1124 Westwind in Alice Springs: 3 killed 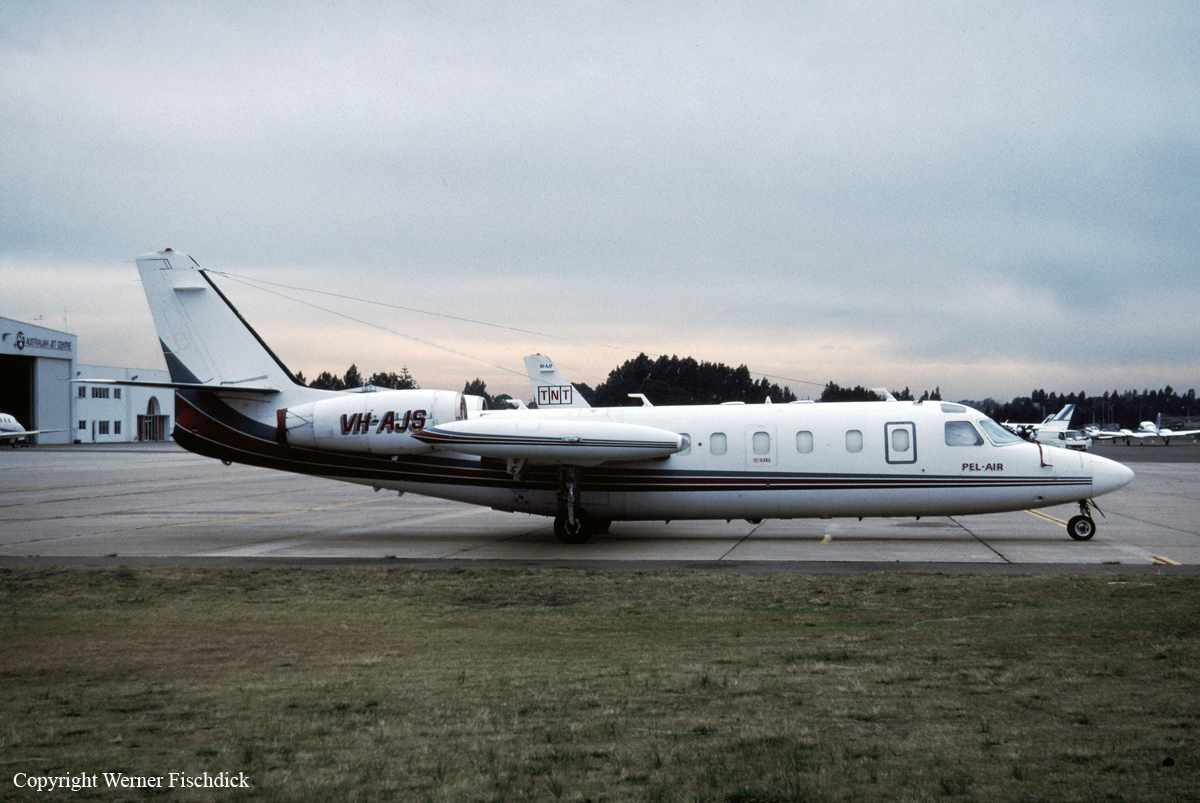 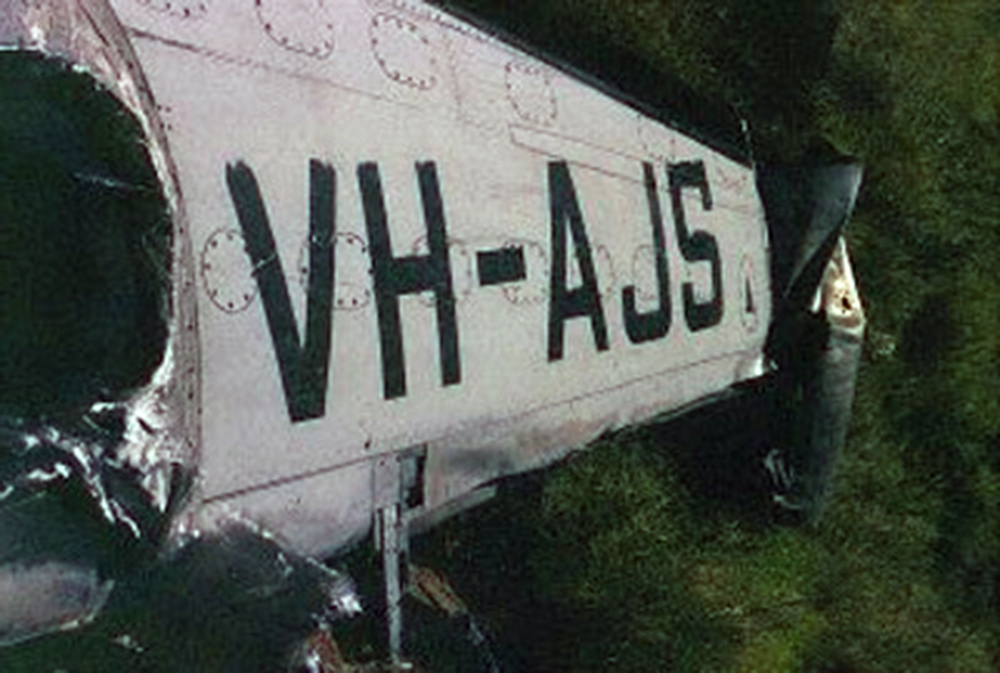 Crash of a Rockwell Grand Commander 680 near Katherine

Flight Phase:
Landing (descent or approach)
Flight Type:
Illegal (smuggling)
Survivors:
Yes
Site:
Airport (less than 10 km from airport)
Location:
Katherine
Northern Territory
Country:
Australia
Region:
Oceania
Crew on board:
2
Crew fatalities:
Pax on board:
0
Pax fatalities:
Other fatalities:
Total fatalities:
0
Circumstances:
The crew was completing a drug smuggling flight and attempted to land on an abandoned airstrip located about 6 km west of Katherine. After the mishap, the crew set afire the airplane and left before being arrested by the police. On board was a load of 200,000 opium sticks for a total value of 3 millions US$.

Crash of a De Havilland DH.84 Dragon in Katherine

Probable cause:
Probably the amount and distribution of load reduced the performance capacity such that the aircraft could not reach a safe maneuvering height. 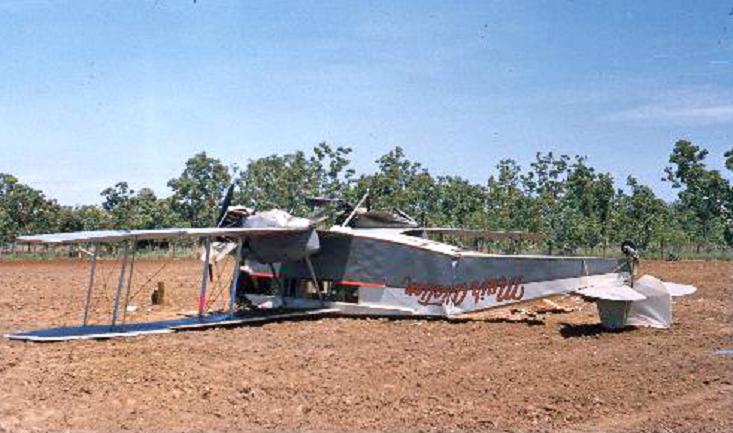 Crash of a Lockheed 14-WF62 Super Electra near Katherine

Registration:
PK-AFM
Flight Phase:
Flight
Flight Type:
Scheduled Revenue Flight
Survivors:
Yes
Site:
Desert
Schedule:
Brisbane – Daly Waters – Batchelor
MSN:
1411
YOM:
1938
Location:
Katherine
Northern Territory
Country:
Australia
Region:
Oceania
Crew on board:
2
Crew fatalities:
Pax on board:
10
Pax fatalities:
Other fatalities:
Total fatalities:
0
Circumstances:
The aircraft was carrying ten US soldiers and two crew to Batchelor. As the aircraft did not arrive, SAR operations were conducted. Four days later, the crew of a KNILM's DC-3 (PK-ALT) overflew the crash site. As all occupants seems to survive, foods and water were dropped to the zone and two days later, a truck arrived on the scene to evacuate all twelve occupants.
Probable cause:
According to the crew, they lost their orientation while on a night flight and were unable to locate the airport of Batchelor. Eventually, the Captain decided to attempt an emergency landing but after touchdown, the aircraft hit trees and both wings were sheared off. 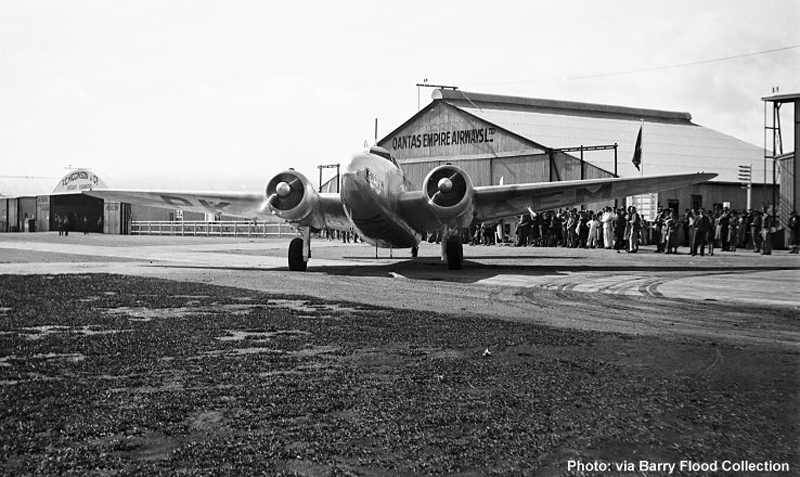 Type of aircraft:
De Havilland DH.83 Fox Moth
Operator:
Northern Territory Medical Services
Registration:
VH-UZS
Flight Phase:
Takeoff (climb)
Flight Type:
Ambulance
Survivors:
Yes
Site:
Airport (less than 10 km from airport)
Schedule:
Katherine – Darwin
MSN:
DHA5
YOM:
1937
Location:
Katherine
Northern Territory
Country:
Australia
Region:
Oceania
Crew on board:
1
Crew fatalities:
Pax on board:
2
Pax fatalities:
Other fatalities:
Total fatalities:
1
Circumstances:
Shortly after take off from Katherine Airfield, while on an ambulance flight to Darwin, the pilot encountered engine problems and attempted an emergency landing. The aircraft hit tree tops and crashed in flames upside down. While the nurse and the pilot were injured, the female patient was killed and the aircraft was destroyed by post crash fire.
Probable cause:
The engine failed shortly after take off because the fuel was contaminated by water. 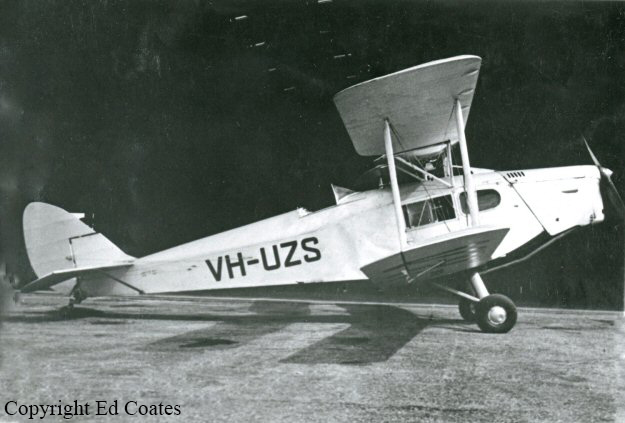 Crash of a Lockheed 14H Super Electra in Katherine: 4 killed

Registration:
VH-ABI
Flight Phase:
Takeoff (climb)
Flight Type:
Postal (mail)
Survivors:
No
Site:
Airport (less than 10 km from airport)
Schedule:
Darwin – Katherine – Adelaide
MSN:
1418
YOM:
1938
Location:
Katherine
Northern Territory
Country:
Australia
Region:
Oceania
Crew on board:
3
Crew fatalities:
Pax on board:
1
Pax fatalities:
Other fatalities:
Total fatalities:
4
Circumstances:
The aircraft was carrying a load of 700 pounds of mail from Darwin to Adelaide with an intermediate stop in Katherine. Shortly after takeoff, while in initial climb, the twin engine aircraft encountered problem to gain height. It eventually stalled and crashed in the Katherine River located near the airport and came to rest in 6 feet of water. The aircraft was destroyed and all four occupants were killed.
Crew:
J. A. Jukes, pilot,
C. R. Clarke, pilot,
P. I. Donegan, copilot and flight engineer.
Passenger:
A. McDonald, Chief Inspector of Aerodromes in the Northern Territory.
Probable cause:
It was determined that the single runway of only 700 yards was marginal for the type of aircraft. Wheel marks on the runway indicated that there had been five attempts at becoming airborne before the boundary fence prompted one last desperate attempt at lifting off with too little airspeed. 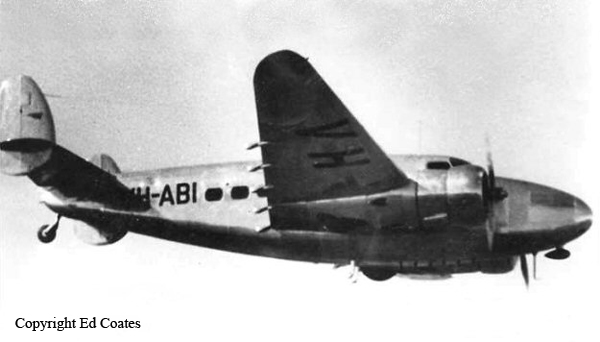 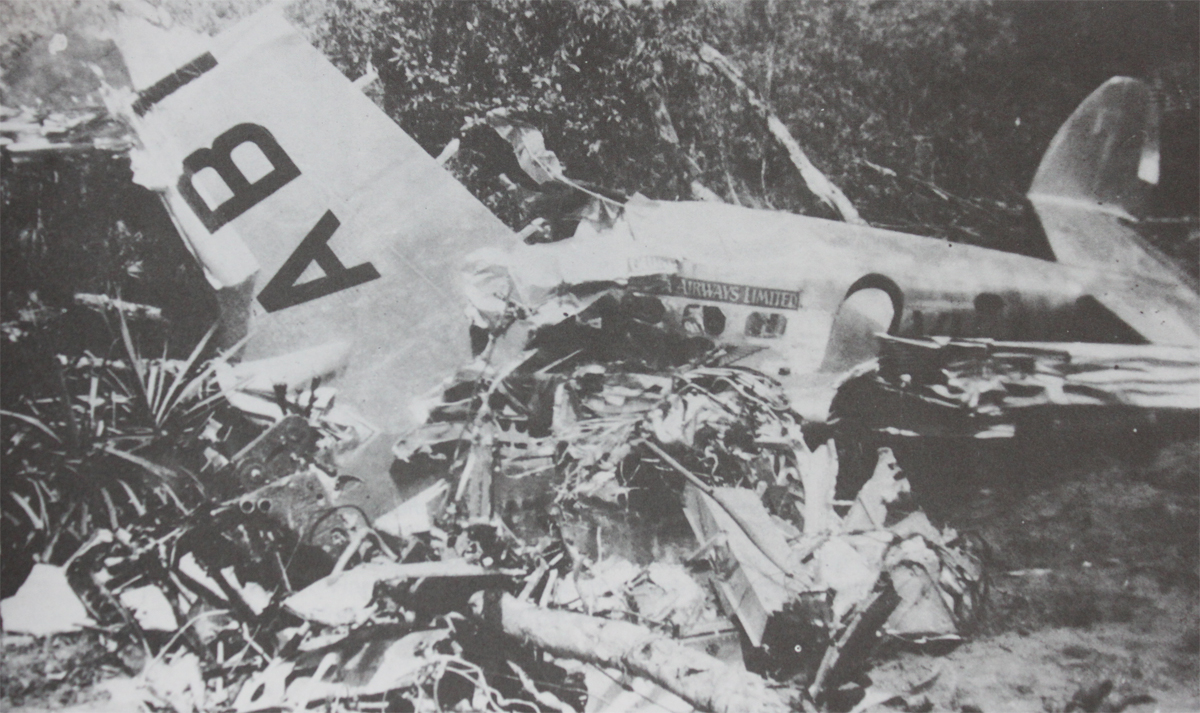 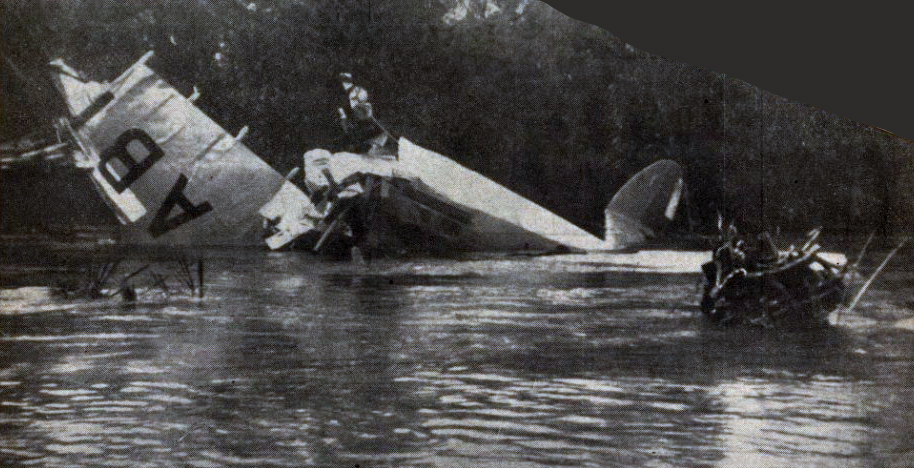 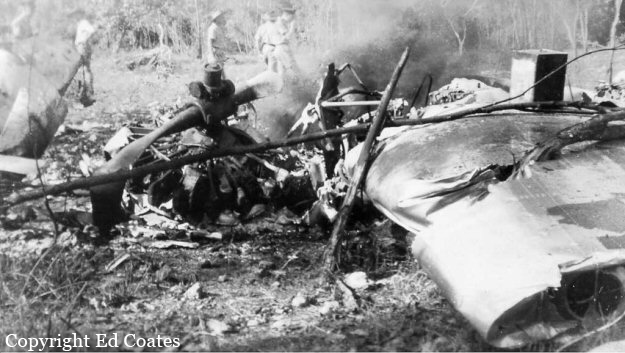