Crash of a IAI 1124A Westwind II in Treasure Cay: 2 killed

Type of aircraft:
IAI 1124 Westwind
Operator:
Transenergie
Registration:
N790JR
Flight Phase:
Takeoff (climb)
Flight Type:
Private
Survivors:
No
Site:
Airport (less than 10 km from airport)
Schedule:
Treasure Cay – Nassau
MSN:
424
YOM:
1984
Location:
Treasure Cay
Central Abaco
Country:
Bahamas
Region:
Central America
Crew on board:
2
Crew fatalities:
Pax on board:
0
Pax fatalities:
Other fatalities:
Total fatalities:
2
Circumstances:
On the 5th July, 2021 at approximately 3:45PM, EDT (1945UTC), an Israeli Aircraft Industries, (IAI) Westwind 1124A aircraft, United States registration N790JR, crashed a short distance from the end of runway 32 at the Treasure Cay International Airport (MYAT), Treasure Cay, Abaco, Bahamas. The aircraft plowed through airport lighting equipment at the end of the runway, hitting and breaking several trees along its path. A trail of aviation fuel and pieces of the aircraft and avionics equipment from the flight deck, were left behind before the aircraft finally hit a small mound (hill), spinning, hitting several additional trees, breaking apart and bursting into flames. The aircraft came to rest at coordinates 26°45’21.50”N, 77°24’7.26”W, approximately 2,000 feet (.33 miles) from the end of runway 32. As this airport did not have a fire truck or crash and rescue personnel stationed on site, assistance with fire services were requested from the town. Two firetrucks from the township responded, however, due to the location of the crash, and no access road available, the trucks were unable to reach the crash site and assist in extinguishing the blaze. The fire continued unimpeded, dampened only by the intermittent downpour of rain, which did not aid in extinguishing the blaze, but rather, only limited the spread of the fire to surrounding bushes. The raging fire totally destroyed the aircraft and much of the control surfaces and components in the direct area of the blaze. On July 6, a team of investigators from the AAIA and CAA-B were dispatched to the scene. Upon arrival of the investigation team, surrounding brush and trees, as well as some parts and components of the aircraft were still burning. Initial assessments pointed to a possible failure of the aircraft to climb and perform as required. Runway 14/32 is 7,001 x 150 feet with an asphalt surface and based on the distance the aircraft traveled from the end of the runway to its final resting place, the signature marking on trees and airport lighting fixtures struck by the aircraft, in addition to the ground scars, along with pieces of the aircraft beyond the runway, up to the final resting place of the aircraft, it appears the aircraft was approximately 2 to 5 feet about the surface and not developing any lift or climb performance, while developing full power over the ground, striking trees and brush along its path. Investigations uncovered the private flight with a crew of two (2), proposed a flight time departure of 2:10PM EDT from the Treasure Cay International Airport (MYAT), with a planned destination of Nassau, Bahamas (MYNN) and an arrival time of 2:33PM EDT, according to flight plan retrieved from Flightaware.com. The flight plan did not specify whether the flight would be operated under Visual Flight Rules (VFR) or Instrument Flight Rules (IFR). According to witness statements taken at Treasure Cay, witnesses recalled two pilots entering the ramp after 3 pm. Witnesses also stated that one of the persons onboard advised customs that they will be departing for Marsh Harbor for fuel in the aircraft (N790JR).
Probable cause:
The AAIA has classified the accident as a controlled flight into terrain (CFIT) and determined the probable cause of the CFIT accident is due to the failure of the aircraft to climb (perform) as required.
Contributing factors which resulted in the failure of the aircraft to perform as required includes:
- Failure of the crew to configure the aircraft for the proper takeoff segment,
- Crew unfamiliarity with the aircraft systems.
Final Report: 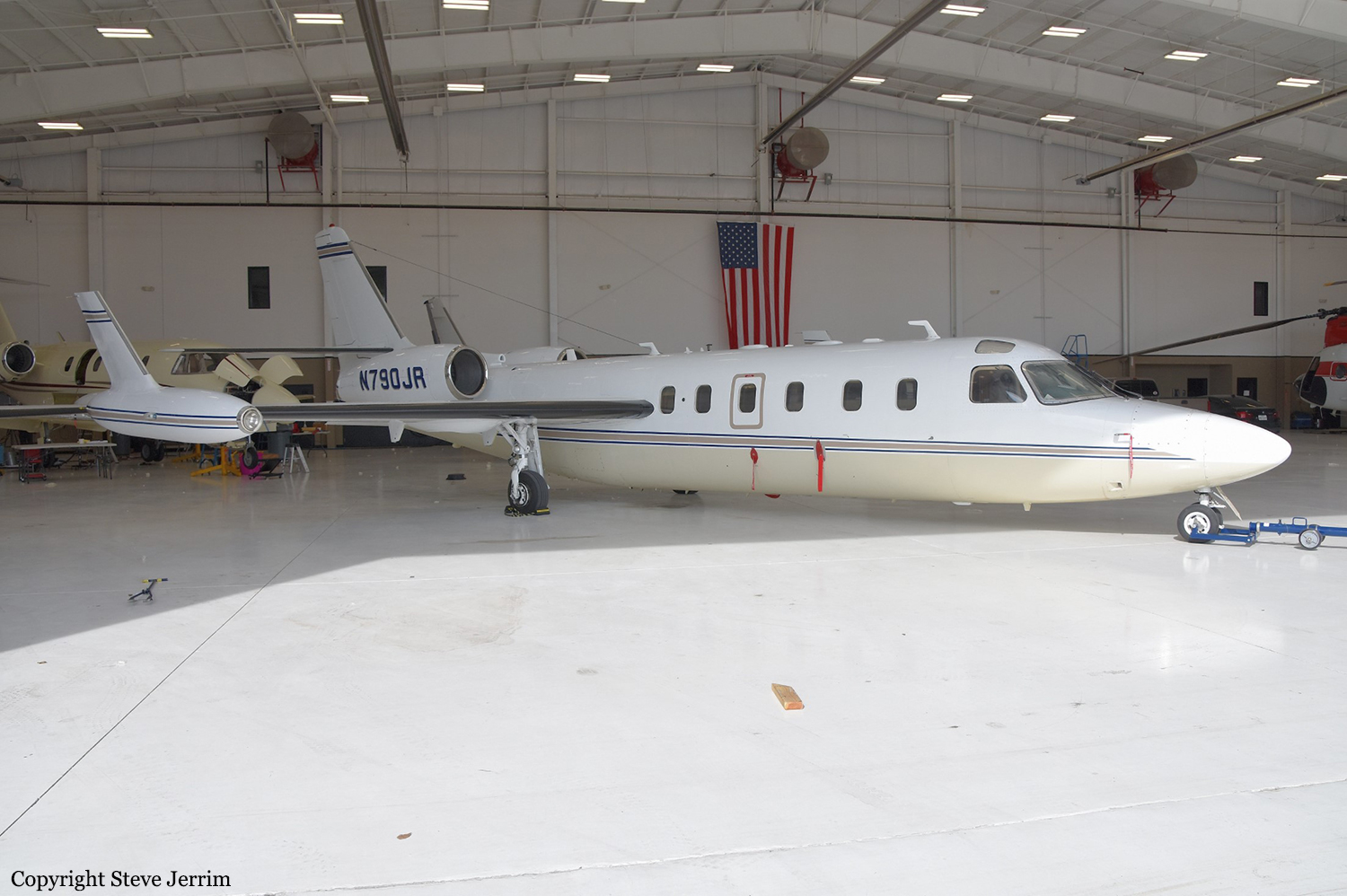 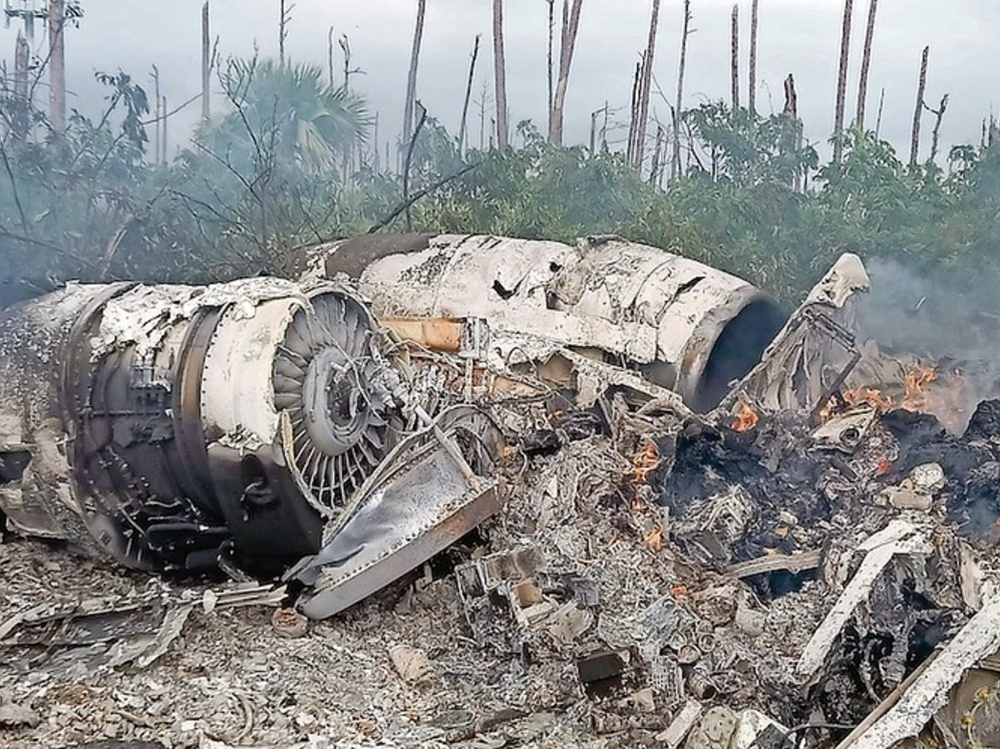 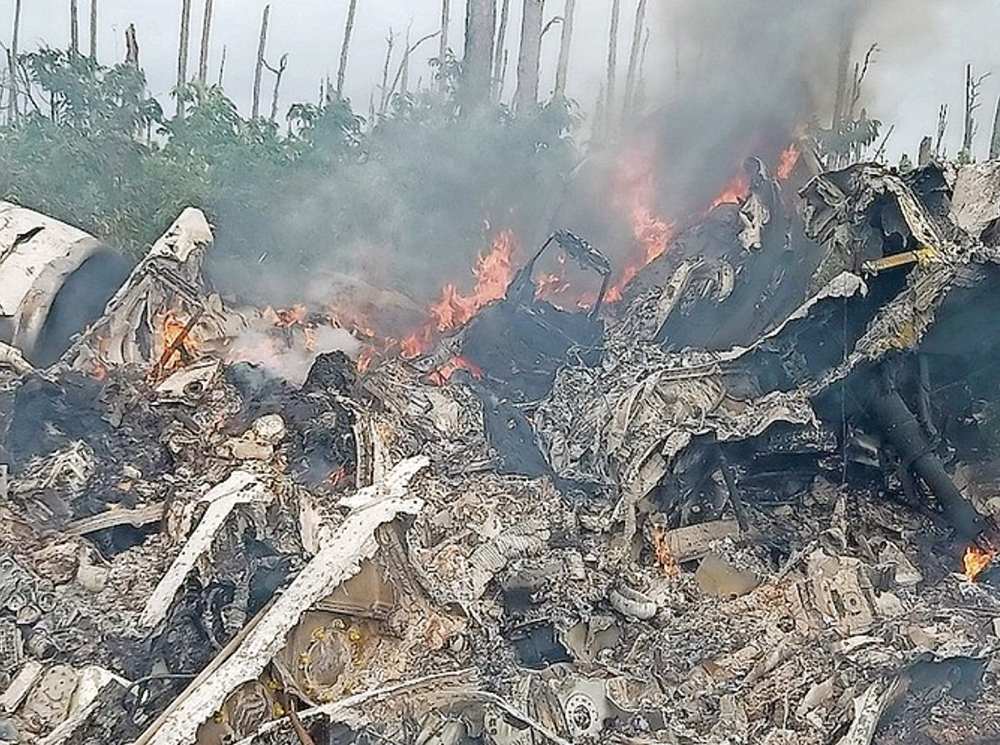 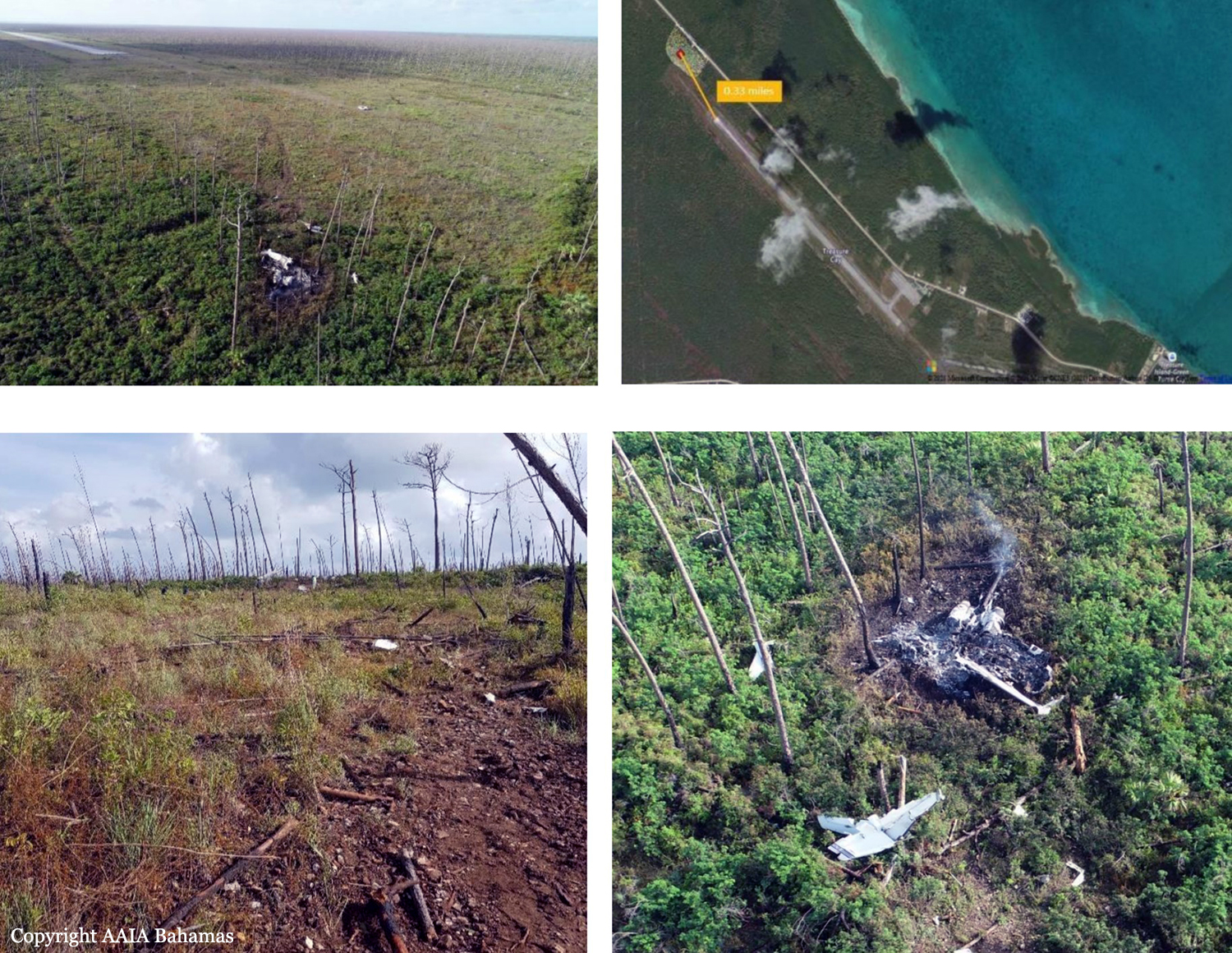 Registration:
RP-C5880
Flight Phase:
Takeoff (climb)
Flight Type:
Ambulance
Survivors:
No
Site:
Airport (less than 10 km from airport)
Schedule:
Manila - Tokyo
MSN:
353
YOM:
1981
Location:
Manila-Ninoy Aquino
Metro Manila
Country:
Philippines
Region:
Asia
Crew on board:
2
Crew fatalities:
Pax on board:
6
Pax fatalities:
Other fatalities:
Total fatalities:
8
Circumstances:
The twin engine aircraft was engaged in an ambulance flight carrying one Canadian patient with Covid-19 and medical staff to Tokyo-Haneda Airport. While taking off from runway 06 at Manila-Ninoy Aquino Airport, the aircraft went out of control and crashed near the runway end, by the West Service Road, bursting into flames. The aircraft was destroyed and all eight occupants were killed. 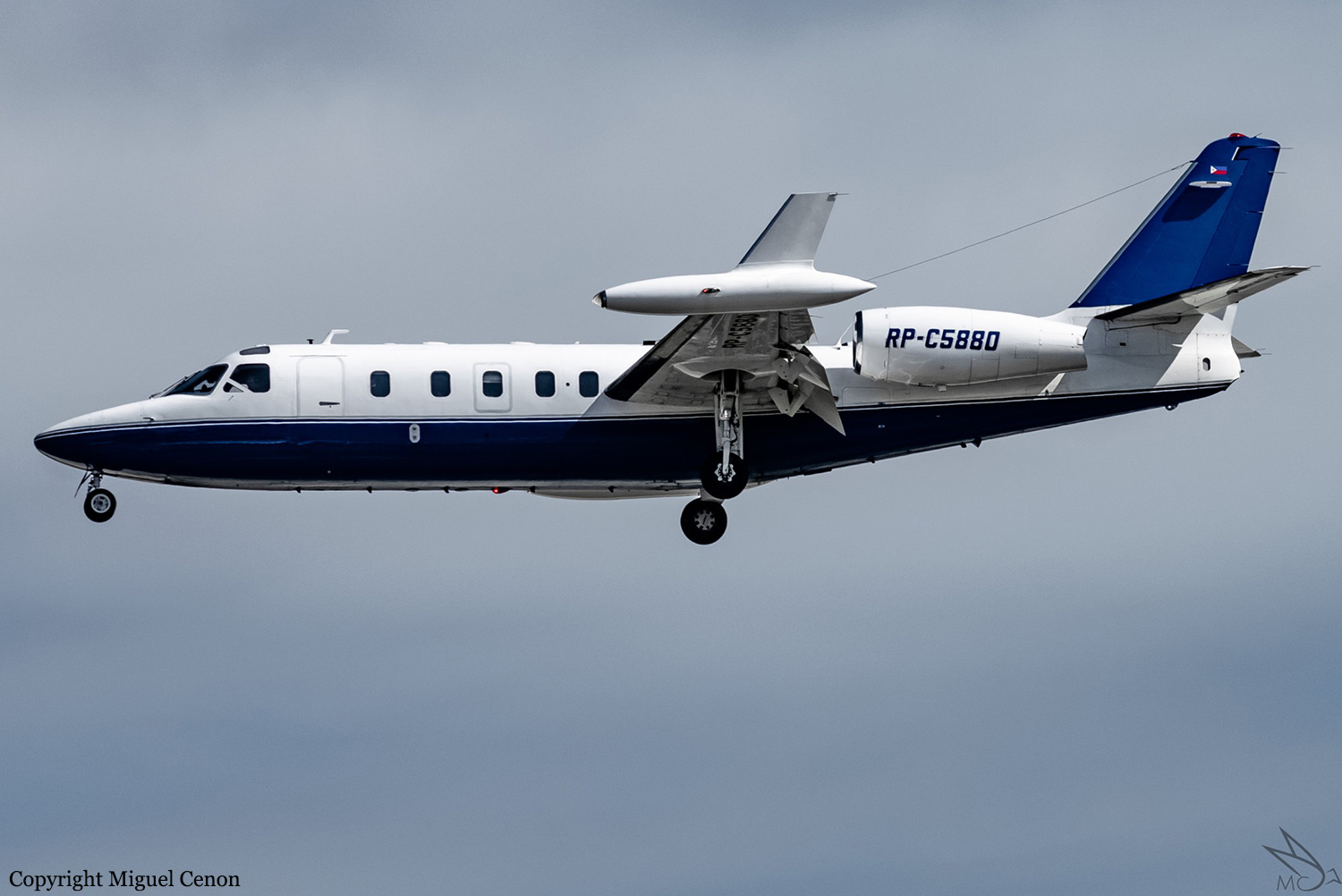 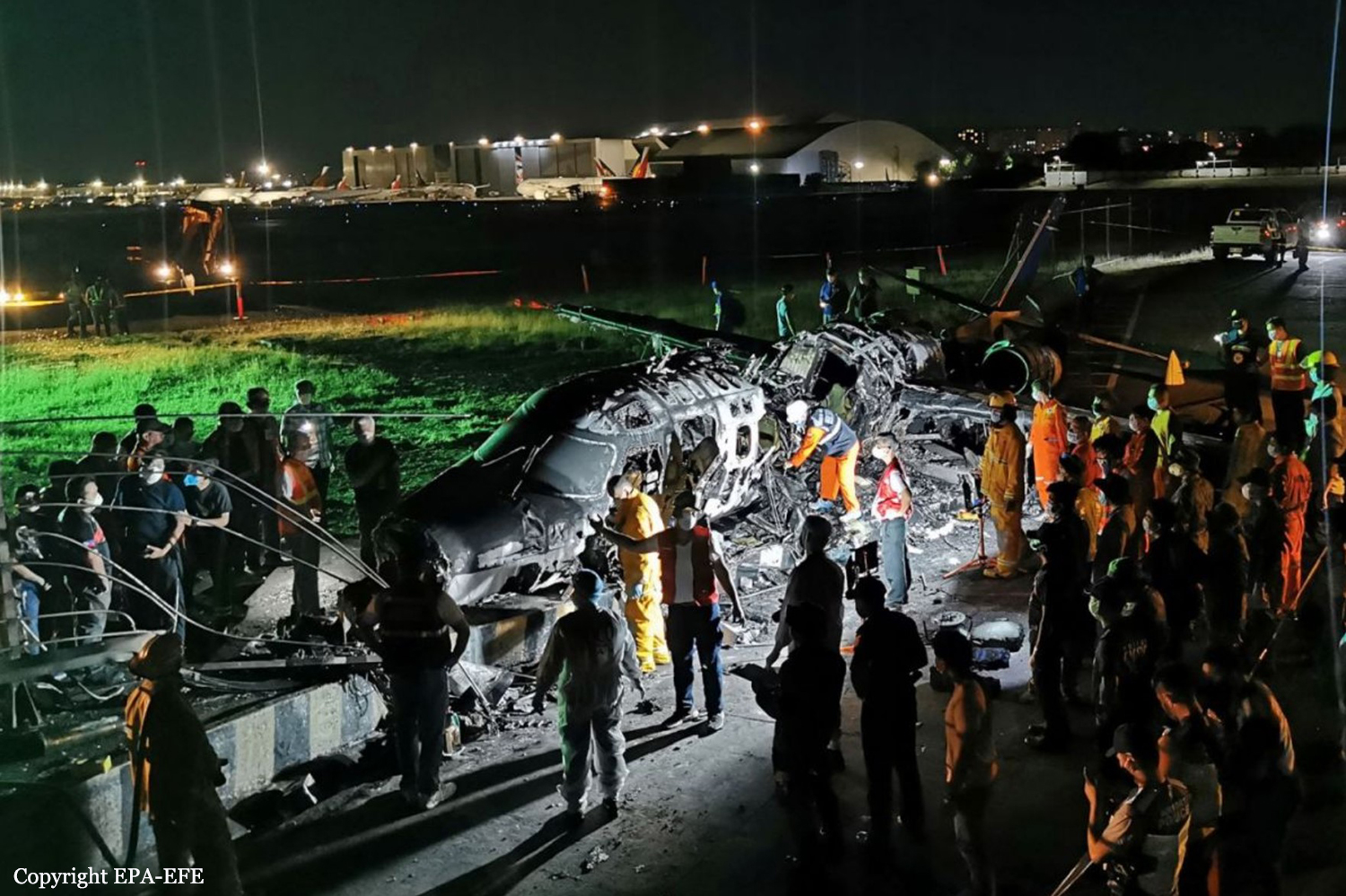 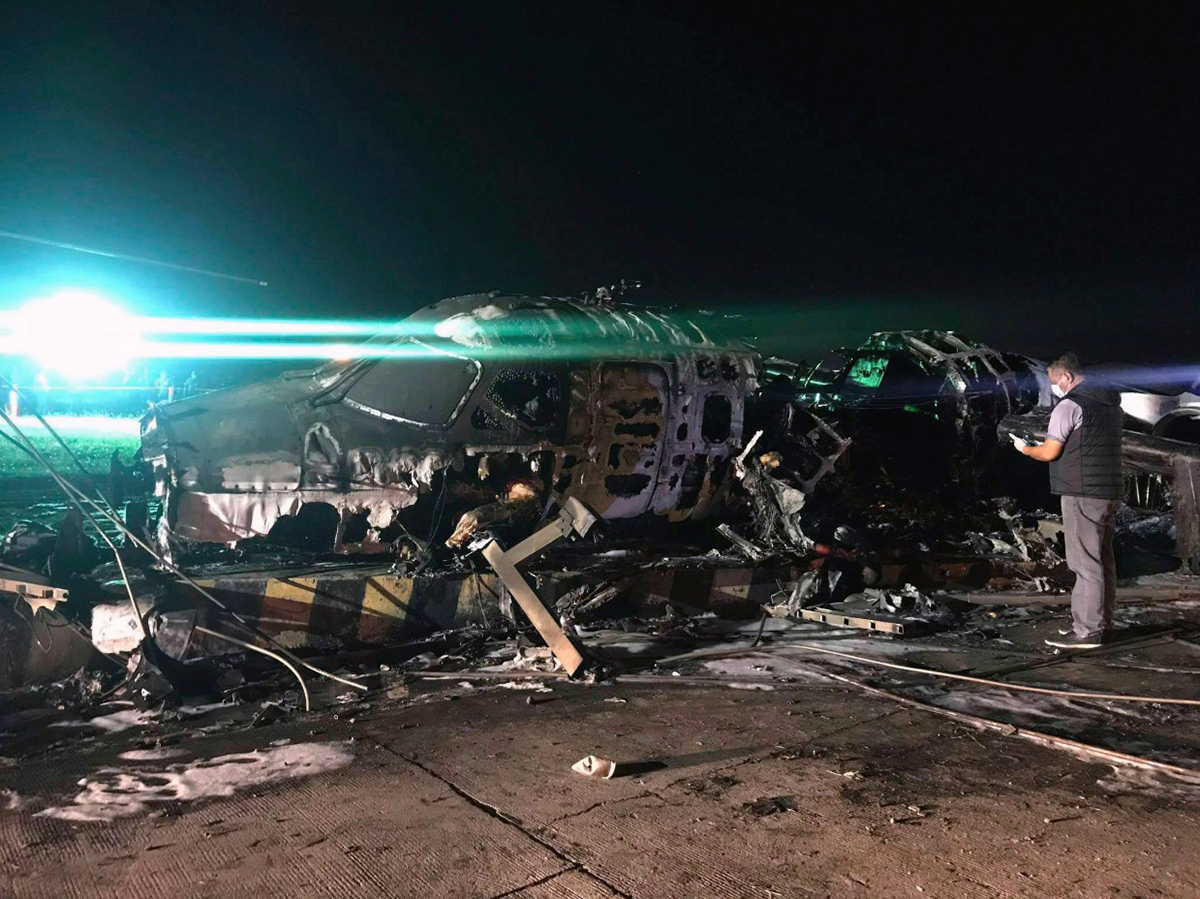 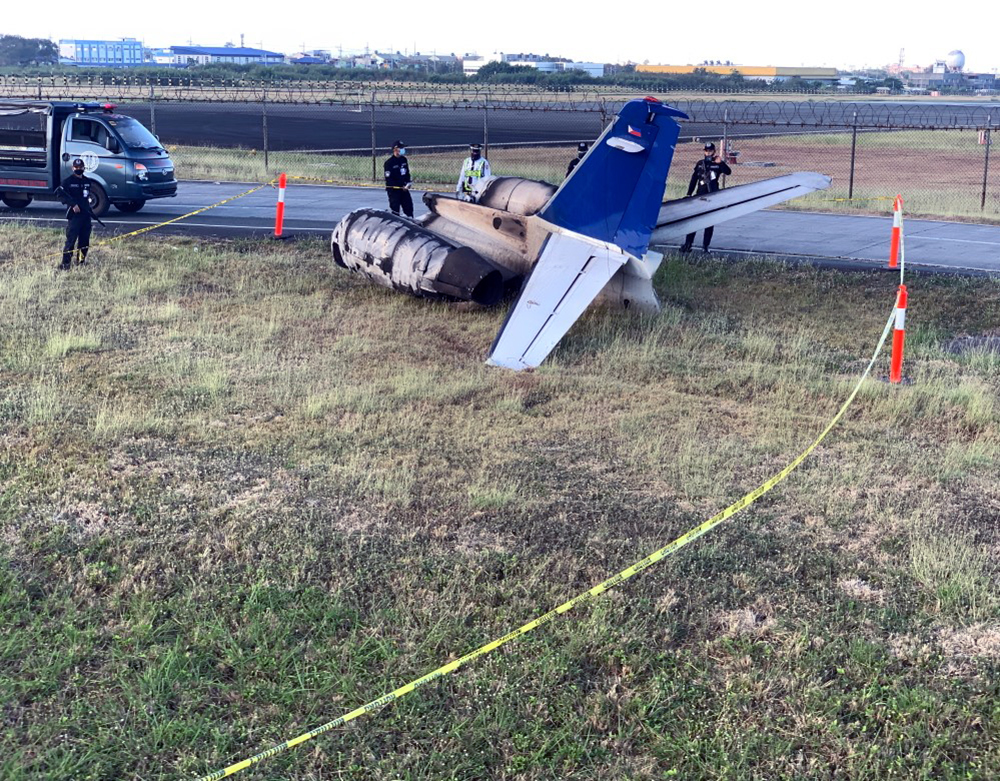 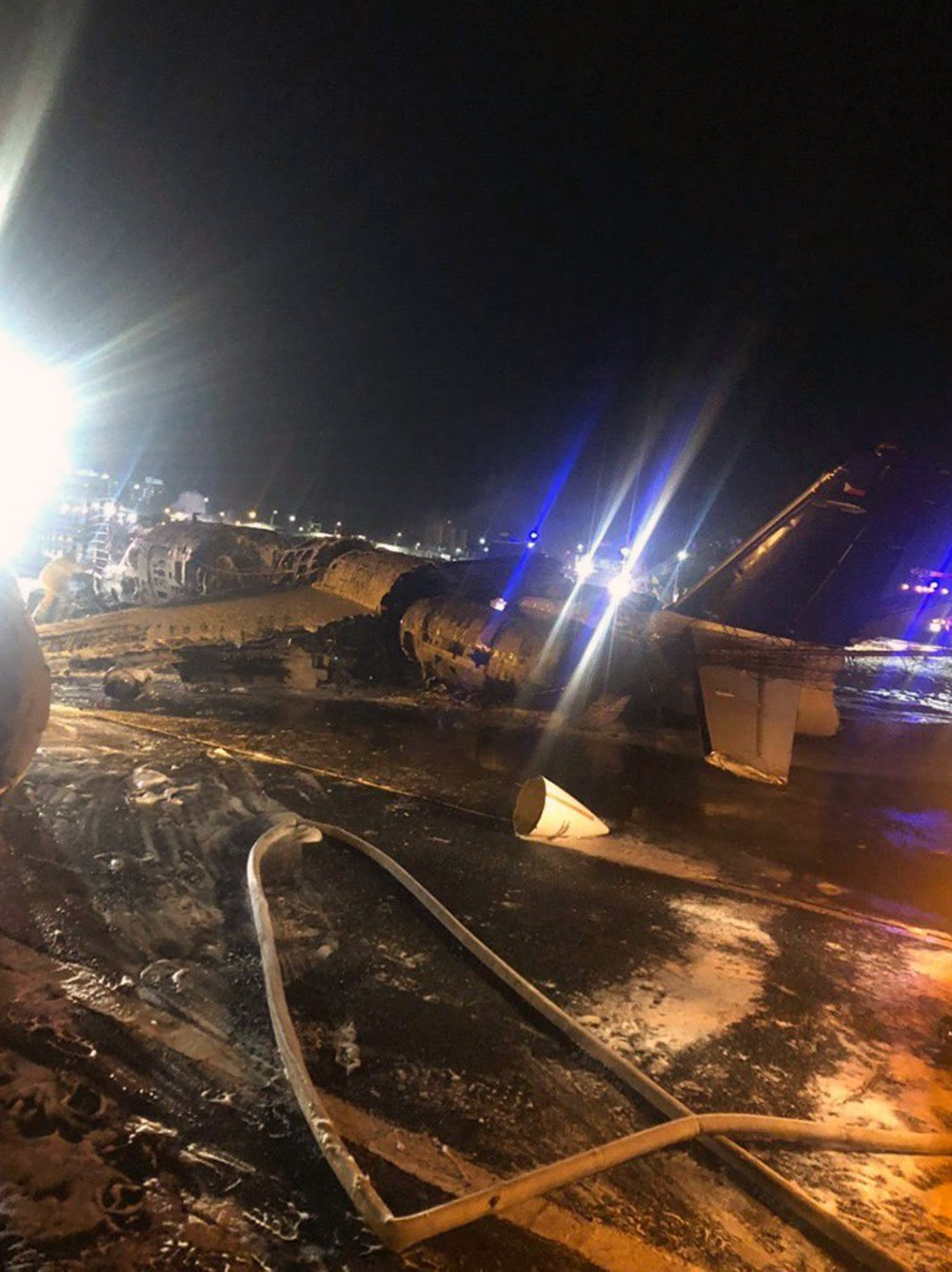 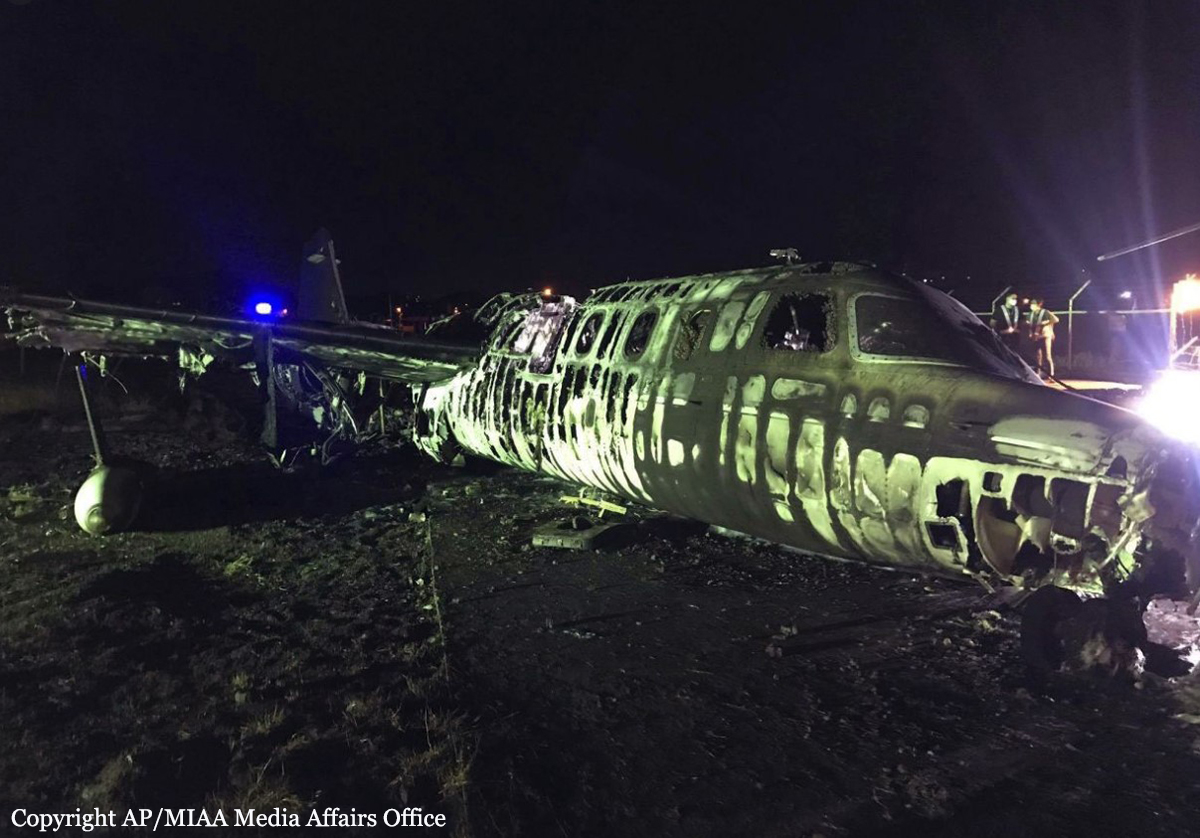 Crash of an IAI 1124 Westwind in Sundance: 2 killed

Type of aircraft:
IAI 1124 Westwind
Operator:
Sundance Airport FBO
Registration:
N4MH
Flight Phase:
Landing (descent or approach)
Flight Type:
Private
Survivors:
No
Site:
Airport (less than 10 km from airport)
Schedule:
Panama City - Sundance
MSN:
232
YOM:
1978
Location:
Sundance
Oklahoma
Country:
United States of America
Region:
North America
Crew on board:
2
Crew fatalities:
Pax on board:
0
Pax fatalities:
Other fatalities:
Total fatalities:
2
Captain / Total flying hours:
5872
Copilot / Total flying hours:
5259
Aircraft flight hours:
11030
Circumstances:
The two commercial pilots were conducting a personal, cross-country flight. A video surveillance camera at the airport captured their airplane’s approach. Review of the video revealed that, as the airplane approached the approach end of the landing runway, it began to climb, rolled left, became inverted, and then impacted terrain. The left thrust reverser (T/R) was found open and unlatched at the accident site. An asymmetric deployment of the left T/R would have resulted in a left roll/yaw. The lack of an airworthy and operable cockpit voice recorder, which was required for the flight, precluded identifying which pilot was performing pilot flying duties, as well as other crew actions and background noises, that would have facilitated the investigation. Postaccident examination of the airplane revealed that it was not equipped, nor was required to be equipped, with a nose landing gear (NLG) ground contact switch intended to preclude inflight operation of the thrust reverser (T/R). The left T/R door was found unlatched and open, and the right T/R door was found closed and latched. Further, electrical testing of the T/R left and right stow microswitches within the cockpit throttle quadrant revealed that the left stow microswitch did not operate within design specifications. Disassembly of the left and right stow microswitches revealed evidence of arc wear due to aging. Based on this information, it is likely that the airplane’s lack of an NLG ground contact switch and the age-related failure of the stow microswitches resulted in an asymmetric T/R deployment while on approach and a subsequent loss of airplane control. Also, there were additional T/R system components that were found to unairworthy that would have affected the control of the T/R system. Operational testing of the T/R system could not be performed due to the damage the airplane incurred during the accident. Toxicology testing results of the pilot’s specimens indicated that the pilot had taken diazepam, which is considered impairing at certain levels. However, the detected amounts of both diazepam and its metabolite nordiazepam were at subtherapeutic levels, and given the long half-life of these compounds, it appears that the medication was taken several days before the accident; therefore, it is unlikely that the pilot was impaired at the time of the accident and thus that his use of diazepam was a not factor in the accident.
Probable cause:
The airplane’s unairworthy thrust reverser (T/R) system due to inadequate maintenance that resulted in an asymmetric T/R deployment during an approach to the airport and the subsequent loss of airplane control.
Final Report: 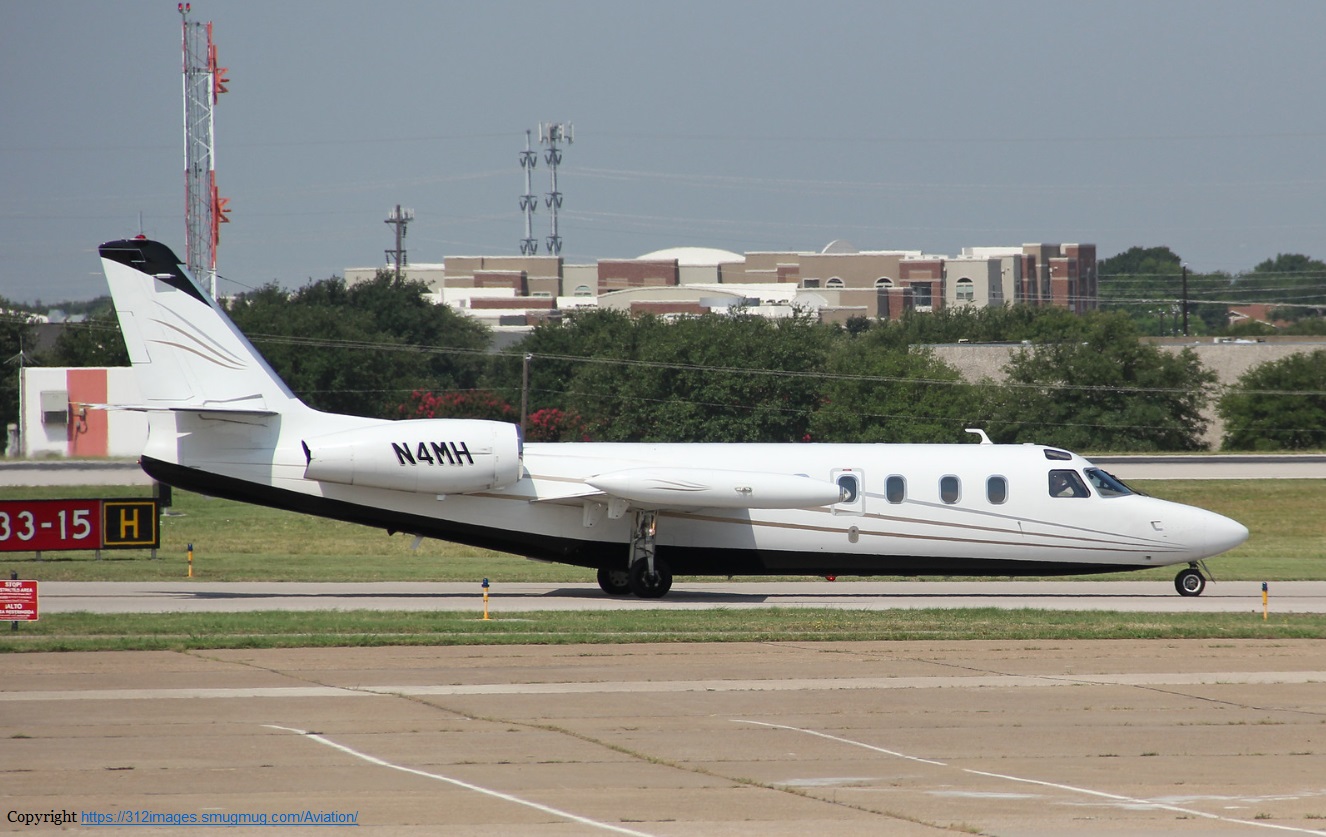 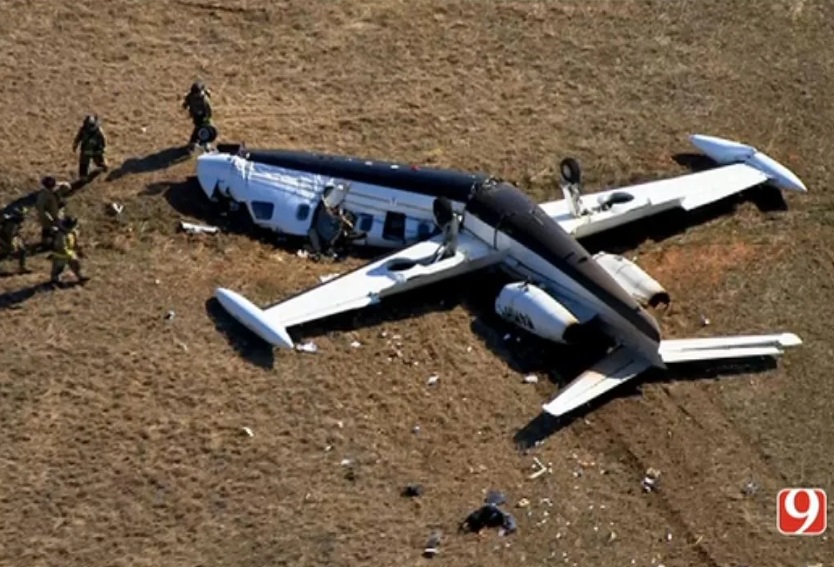 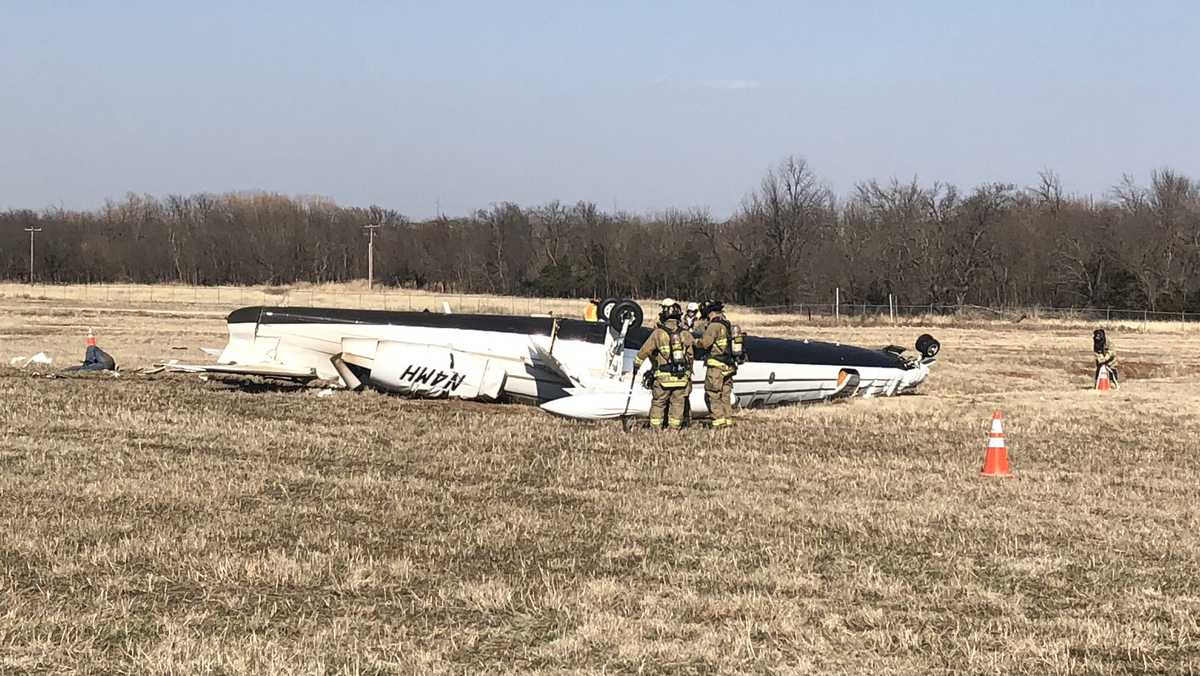 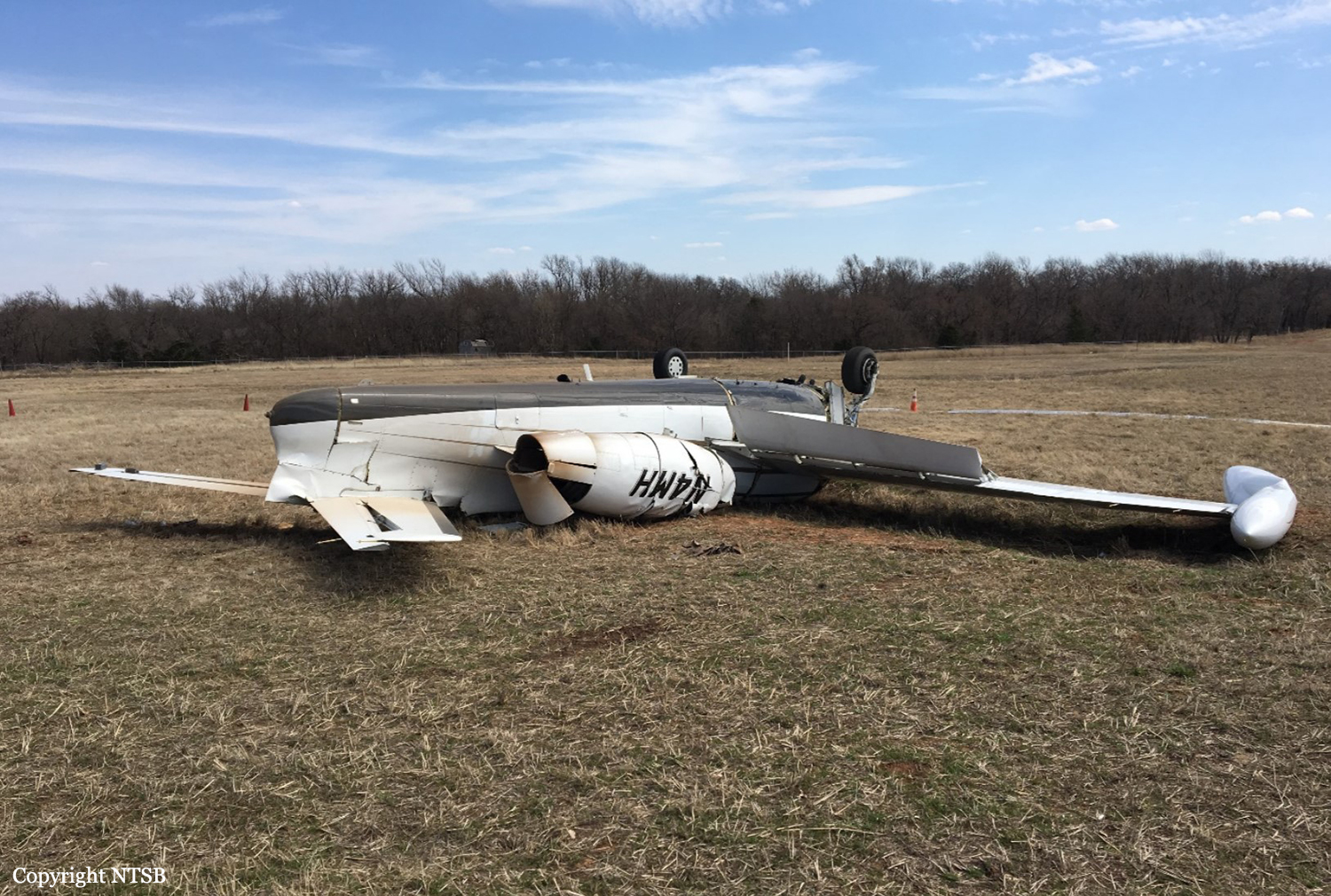 Crash of an IAI 1124A Westwind II in Huntsville: 3 killed 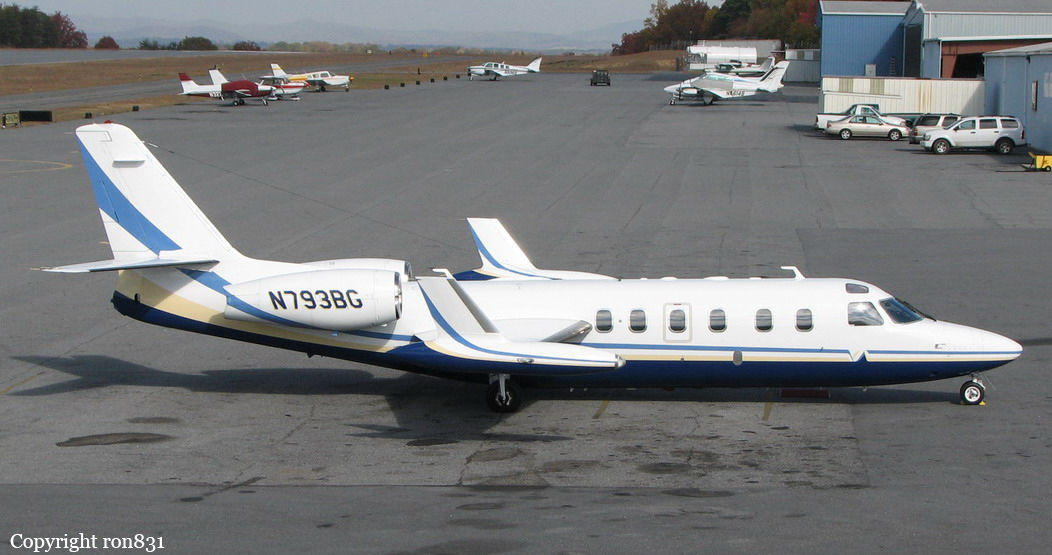 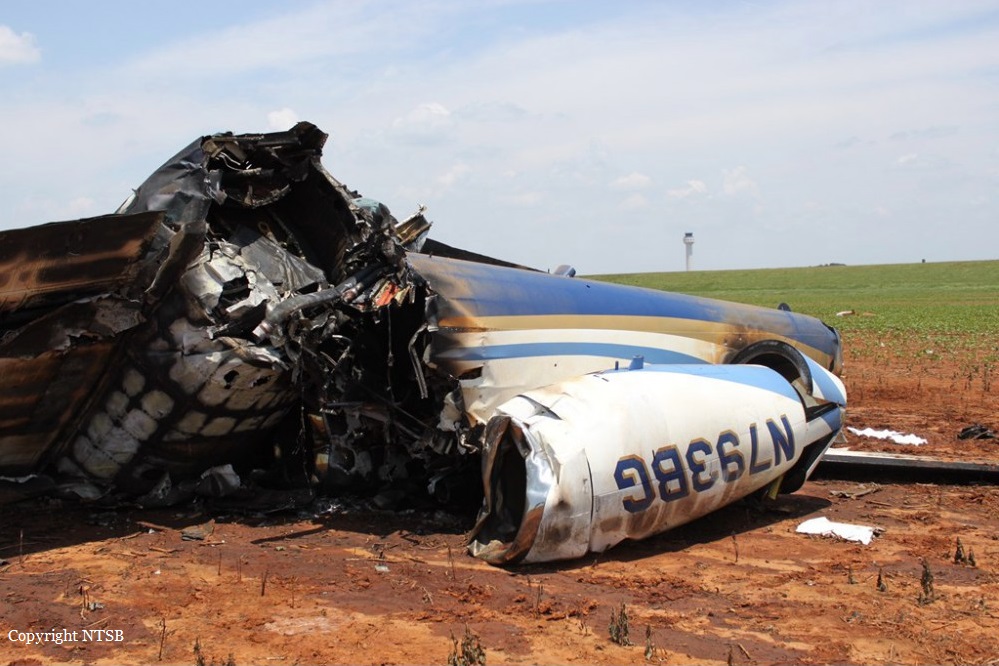 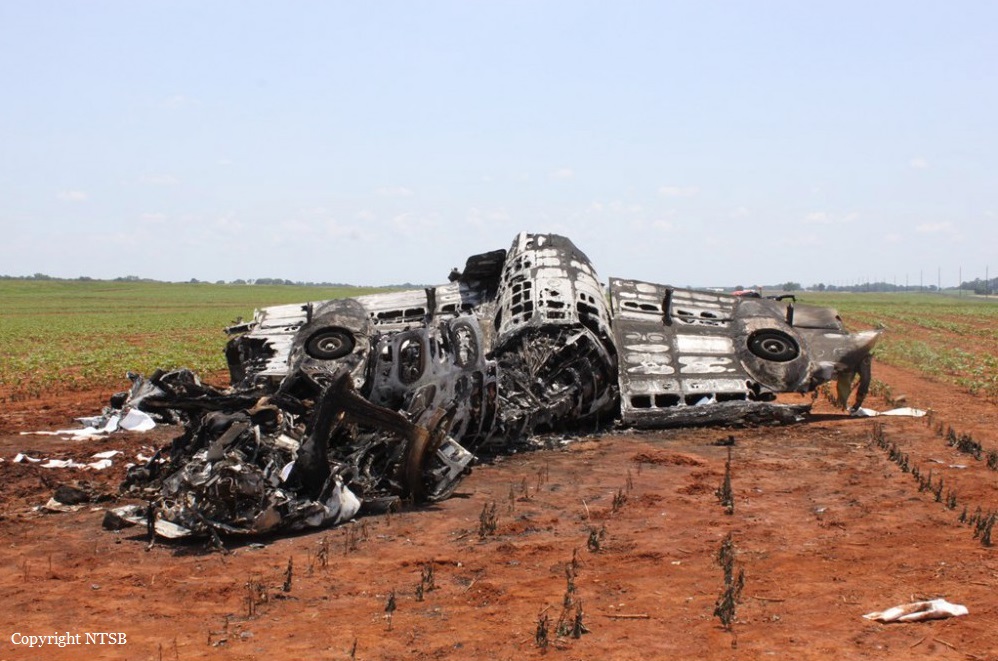 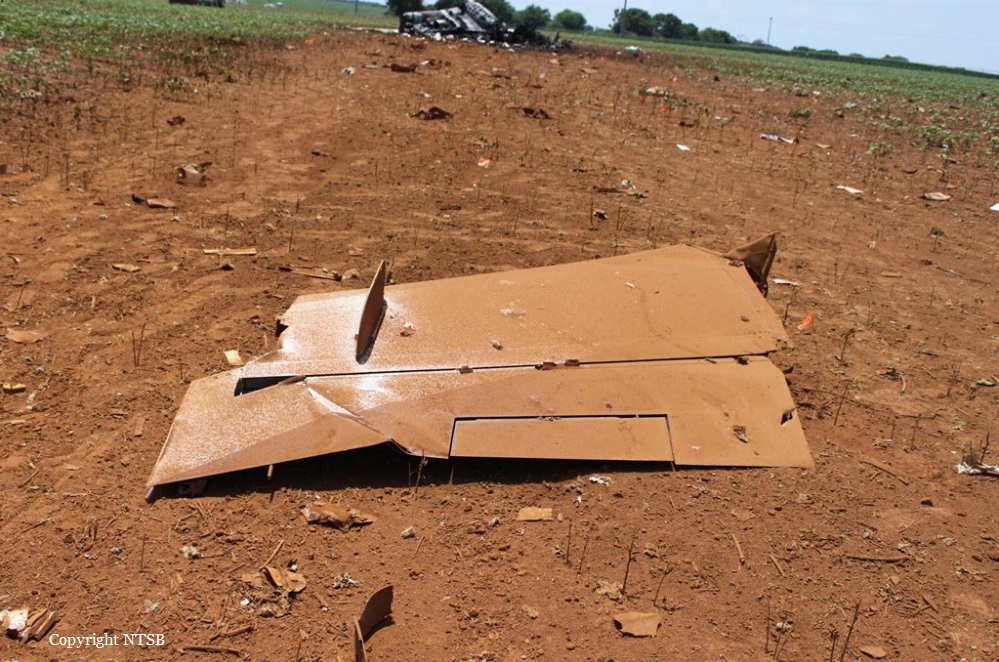 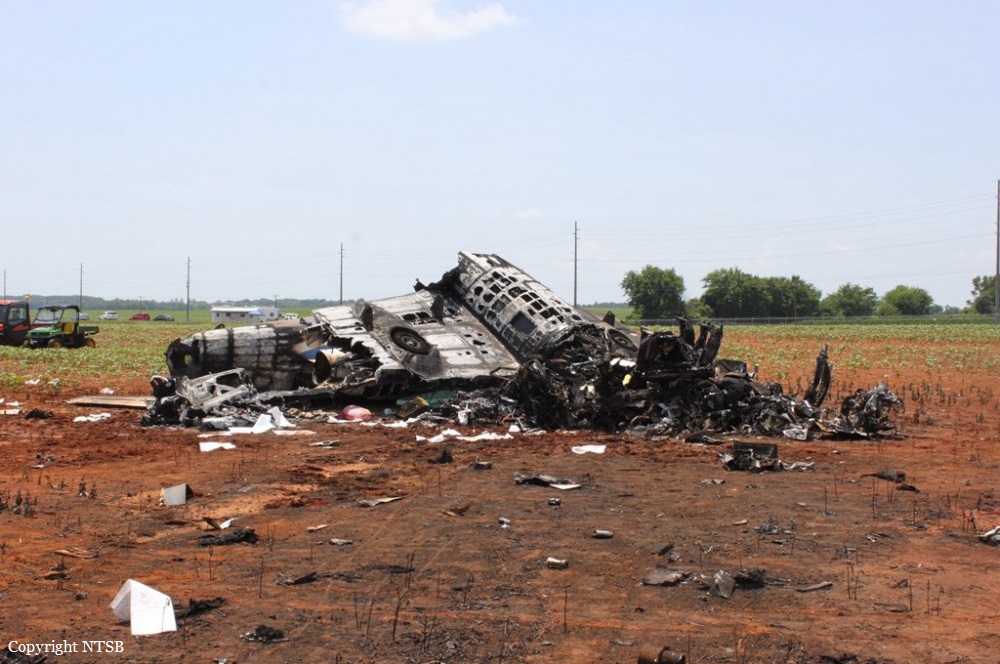 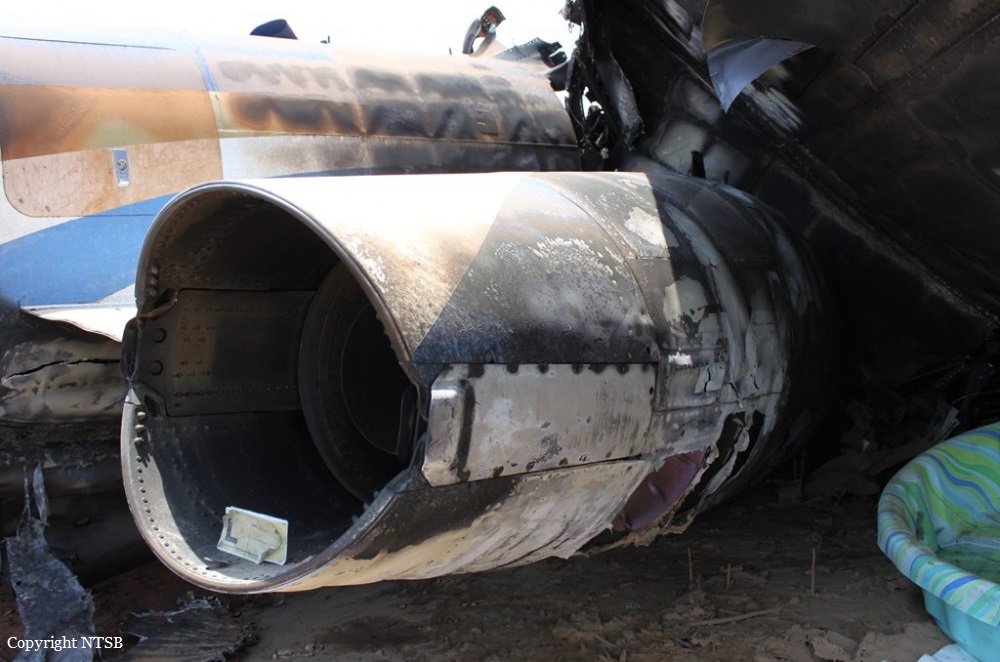 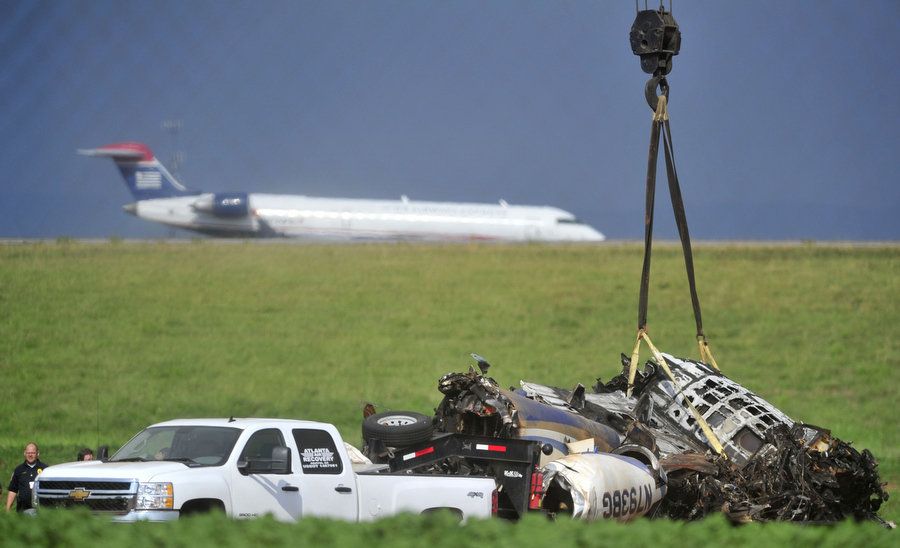 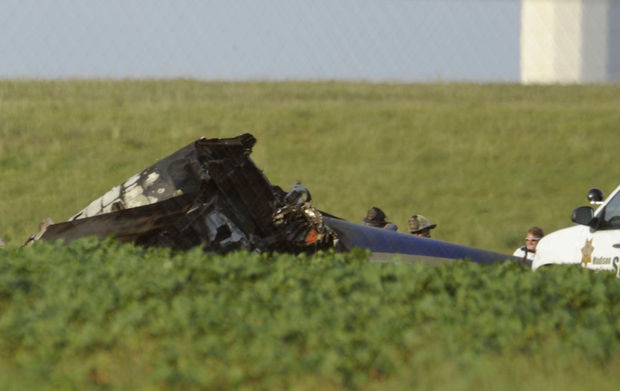 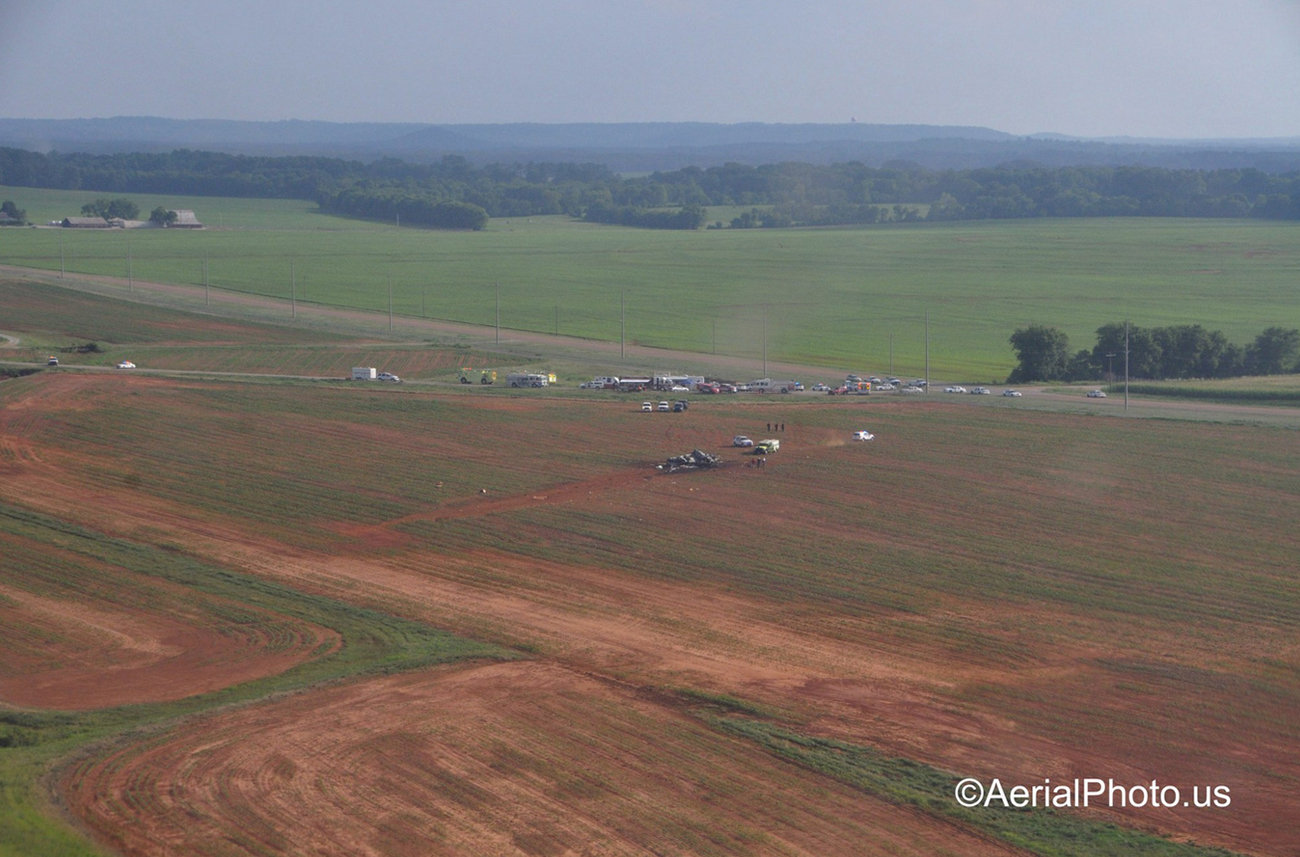 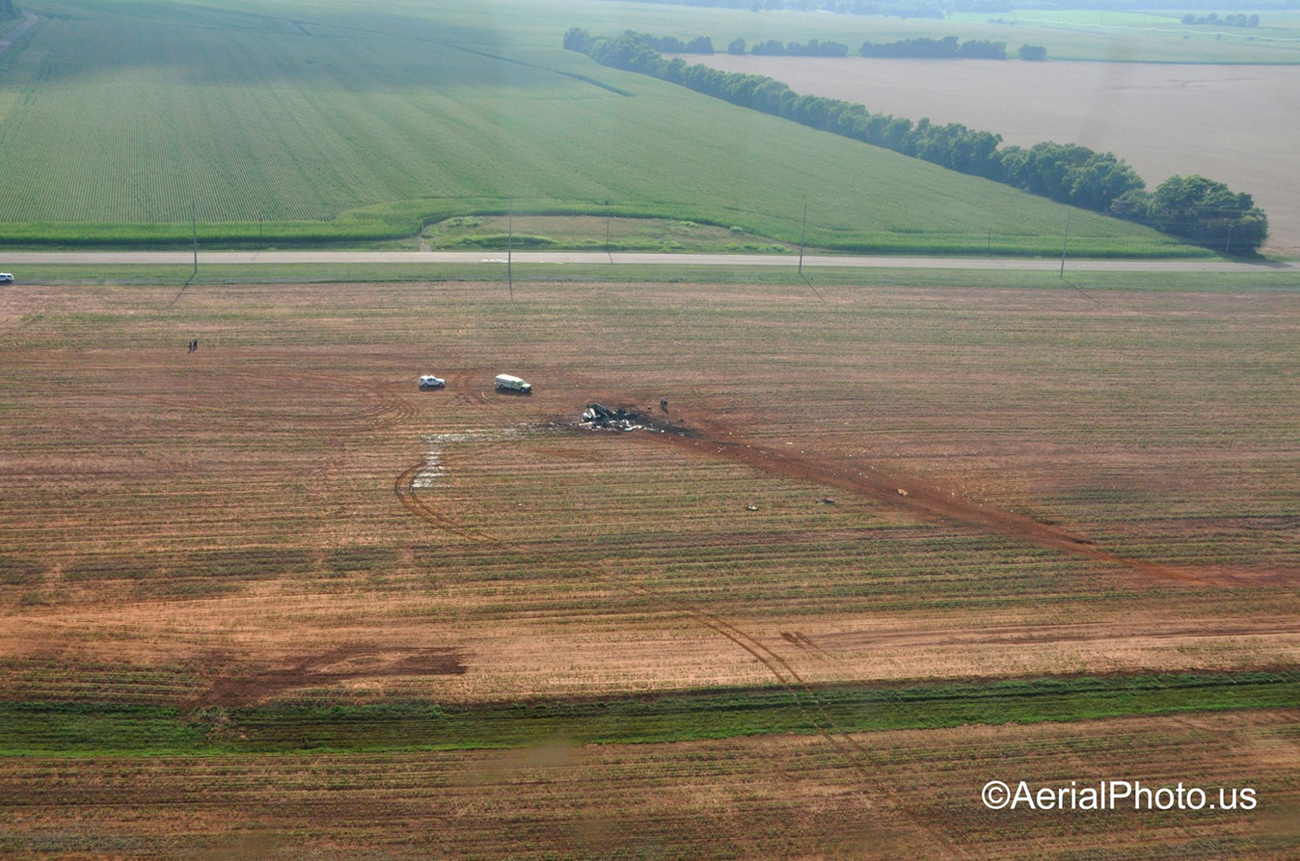 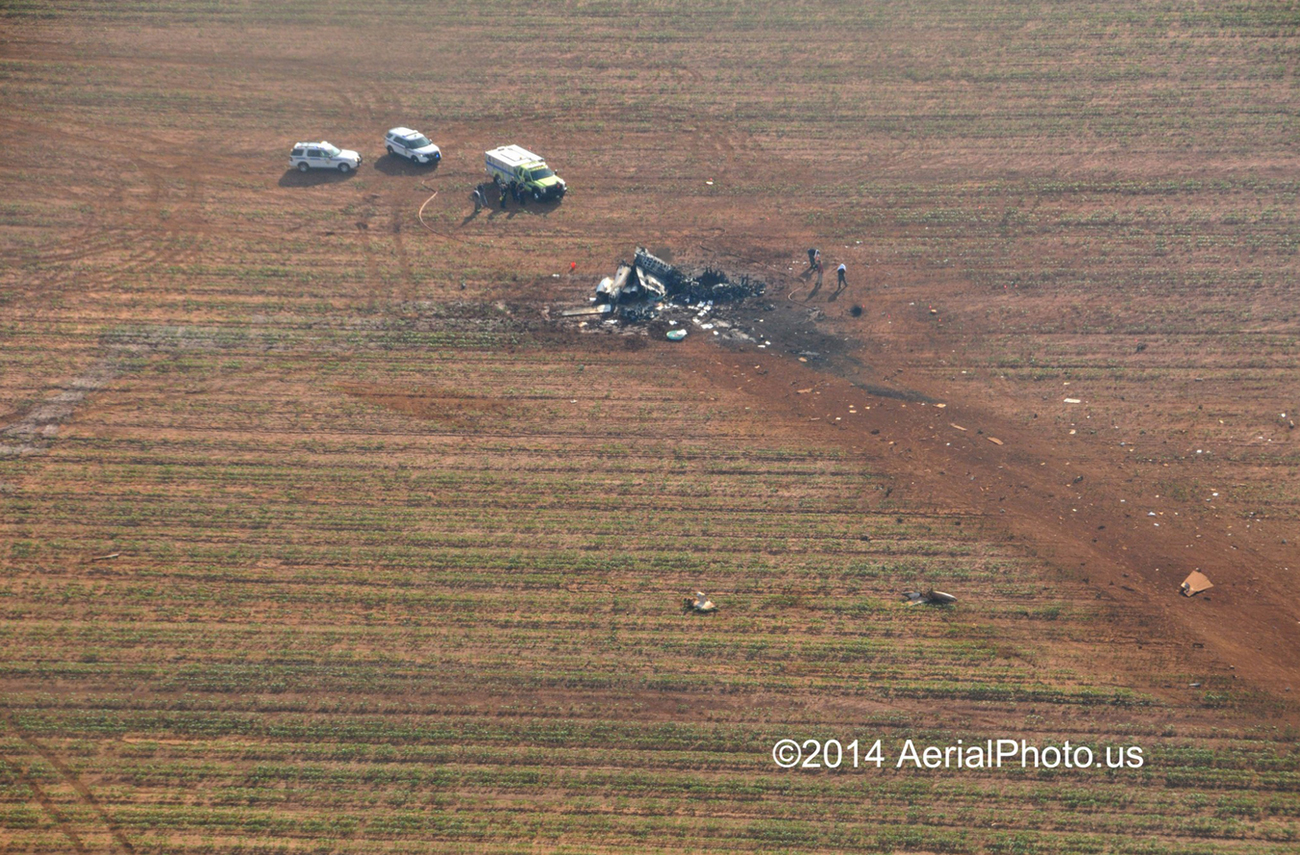