Type of aircraft:
Socata TBM-850
Operator:
N965DM LLC
Registration:
N965DM
Flight Phase:
Flight
Flight Type:
Private
Survivors:
No
Site:
Plain, Valley
Schedule:
Manchester - Buffalo
MSN:
527
YOM:
2009
Location:
Corfu
New York
Country:
United States of America
Region:
North America
Crew on board:
1
Crew fatalities:
Pax on board:
1
Pax fatalities:
Other fatalities:
Total fatalities:
2
Circumstances:
On October 2, 2020, about 1145 eastern daylight time, a Socata TBM 700, N965DM, was destroyed when it was involved in an accident near Corfu, New York. The private pilot and passenger were fatally injured. The airplane was operated as a Title 14 Code of Federal Regulations Part 91 personal flight. The airplane was topped off with 173 gallons of Jet A fuel prior to the first flight of the day on October 2, 2020. The first flight departed Buffalo Niagara International Airport (BUF), Buffalo, New York, at 0747 and landed at Manchester Airport (MHT), Manchester, NH, at 0914. According to personnel at a fixed based operator (FBO) at MHT, the passenger boarded the airplane and it departed without obtaining any services there. Preliminary radar data provided by the Federal Aviation Administration indicated the airplane departed from Runway 6 at MHT at 1019, and initiated a climbing left turn to the west. The airplane climbed to a cruise altitude of FL280 and remained at that altitude until about 1142. According to a review of air traffic control voice communication data, the pilot did not check in with the Boston Air Route Traffic Control Center during a routine handoff from one controller to another. The pilot subsequently re-established communication with a radar controller about 15 miles east of BUF, while still flying at FL280, and requested the ILS runway 23 approach into BUF. The controller instructed the pilot to descend to 8,000 ft, to expect the ILS runway 23 approach, and asked him if everything was okay, to which the pilot responded, “yes sir, everything’s fine.” Subsequently, the controller observed the airplane descending rapidly on radar and instructed the pilot to stop the descent at 10,000 ft. The pilot did not respond. The controller made several additional attempts to establish communications with the pilot, however, there were no further communications received from the pilot. Over the final 3 minutes of the flight, as the airplane descend from FL280, it accelerated from its previously established cruise groundspeed of 250 knots. As the airplane descended through 15,200 feet, it’s radar-derived groundspeed rose to more than 340 knots, and its estimated descent rate was 13,800 feet per minute. The airplane made one right 360° turn before radar contact was lost. According to several witnesses who heard the airplane shortly before the accident, the engine sounded very loud before they heard the sounds of impact. The airplane was located in a heavily wooded, swampy area. The airplane was fragmented and a postcrash fire ensued after the impact. Wreckage and components of the airplane were recovered from the surface of the terrain to a depth 15 ft below the surface. The smell of Jet A aviation fuel was noted at the accident site by first responders. 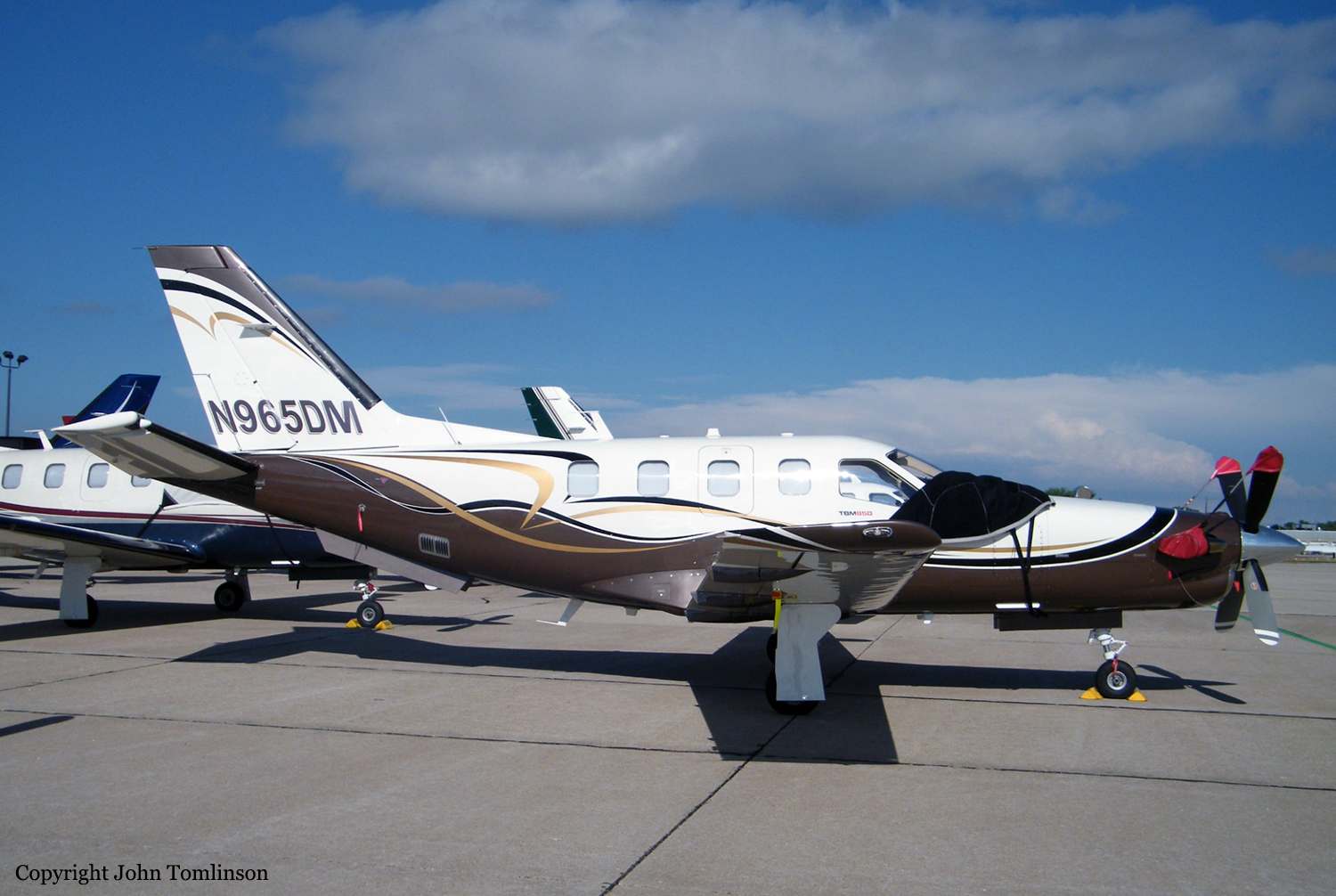 Crash of a Socata TBM-850 in Breckenridge

Type of aircraft:
Socata TBM-850
Operator:
MT Margaret
Registration:
N850NK
Flight Phase:
Landing (descent or approach)
Flight Type:
Private
Survivors:
Yes
Site:
Airport (less than 10 km from airport)
Schedule:
San Angelo - Breckenridge
MSN:
432
YOM:
2007
Location:
Breckenridge-Stephens County
Texas
Country:
United States of America
Region:
North America
Crew on board:
1
Crew fatalities:
Pax on board:
1
Pax fatalities:
Other fatalities:
Total fatalities:
0
Captain / Total flying hours:
8195
Captain / Total hours on type:
6.00
Aircraft flight hours:
2878
Circumstances:
The pilot reported that, during the approach and while the airplane was about 500 ft above ground level and 81 knots, he "felt the descent rate increase significantly." The pilot increased engine power, but "the high rate of descent continued," and he then increased the engine power further. A slow left roll developed, and he applied full right aileron and full right rudder to arrest the left roll. He also reduced the engine power, and the left roll stopped. The pilot regained control of the airplane, but the airplane's heading was 45° left of the runway heading, and the airplane impacted trees and then terrain. The airplane caught fire, and the pilot and passenger exited through the emergency exit. The airplane sustained substantial damage to the windscreens and fuselage. The pilot reported that there were no preaccident mechanical failures or malfunctions with the airplane that would have precluded normal operation.
Probable cause:
The pilot's failure to maintain bank control and adequate altitude during the approach, which resulted in his failure to maintain the runway heading and a subsequent collision with trees and terrain.
Final Report: 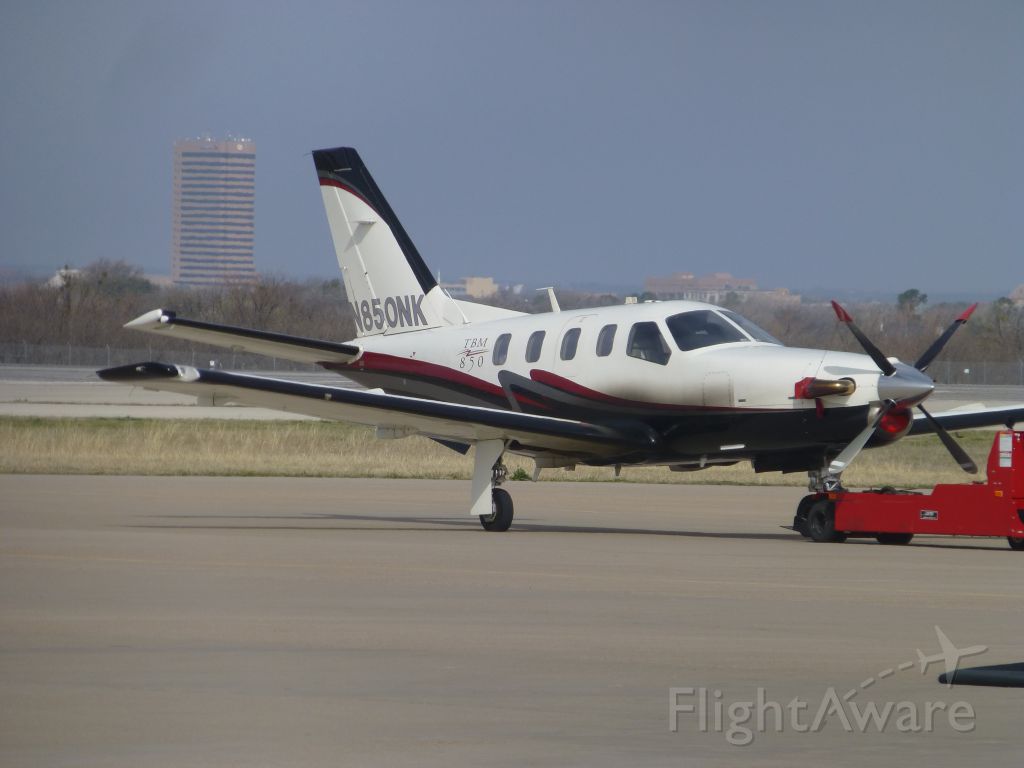 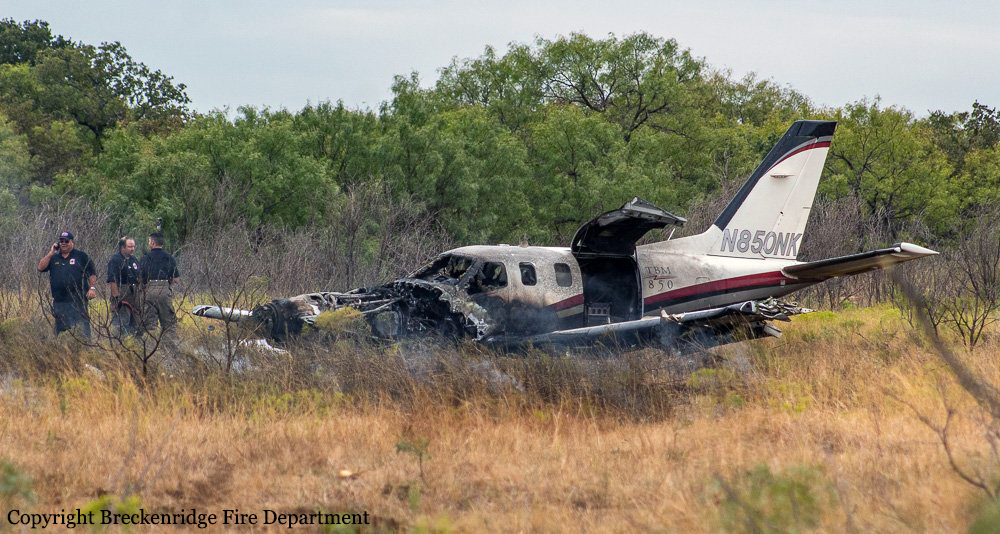 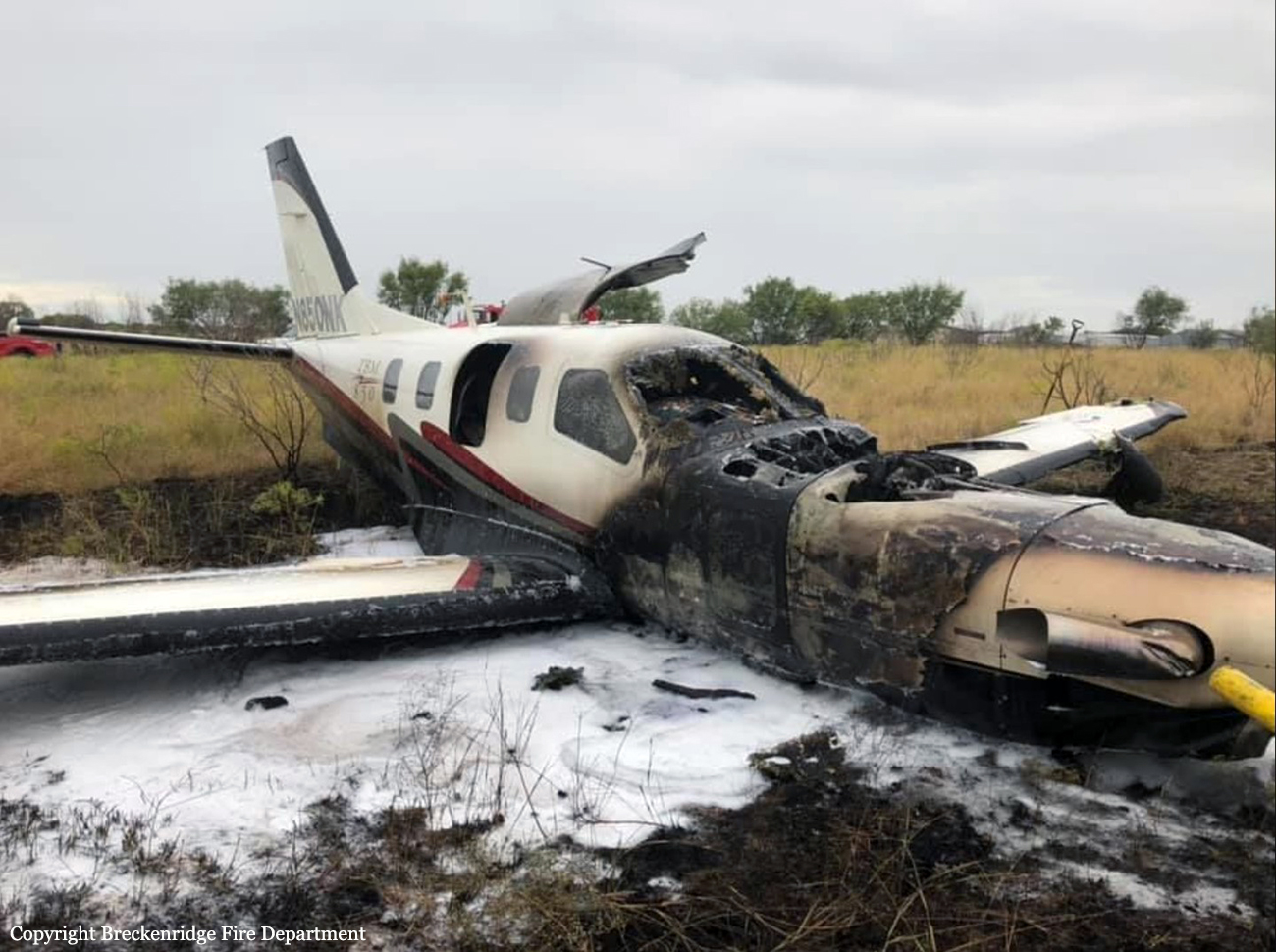 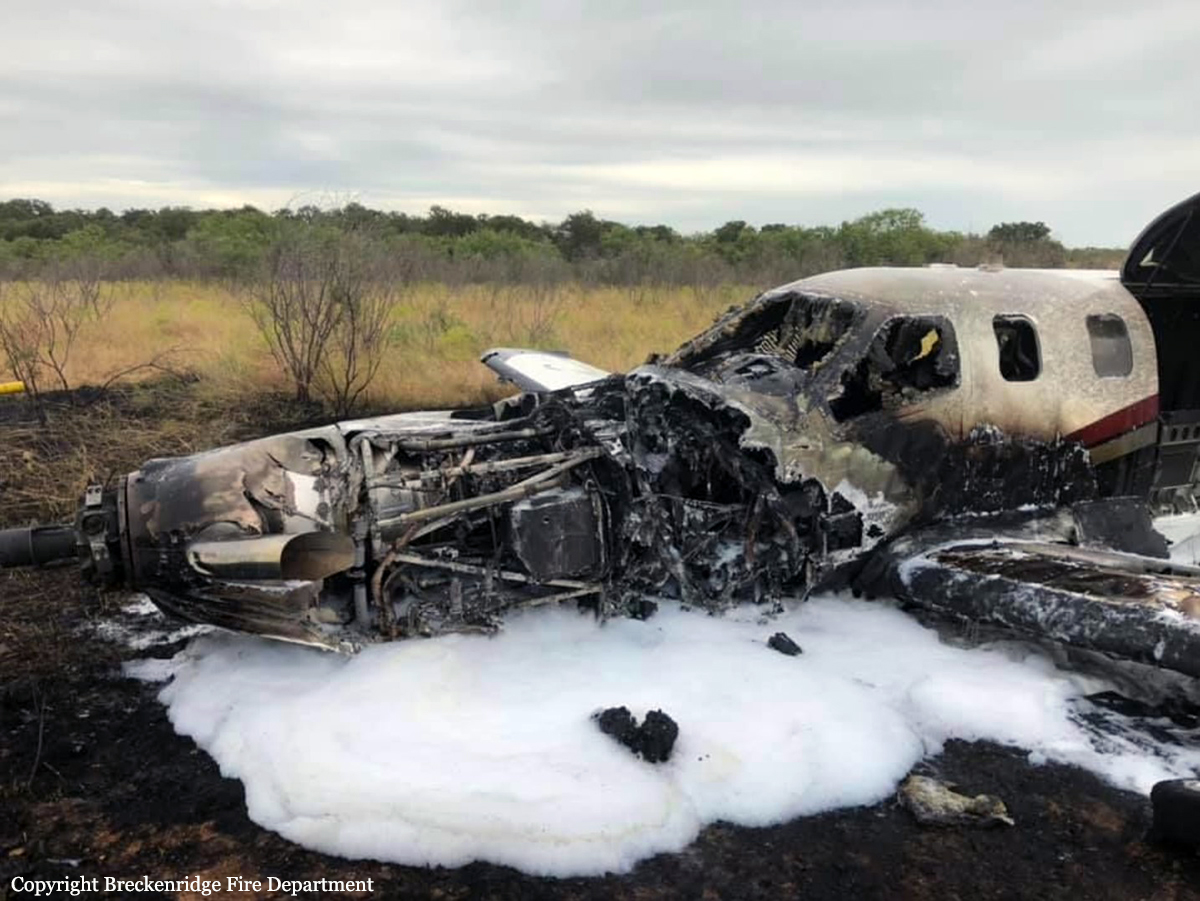 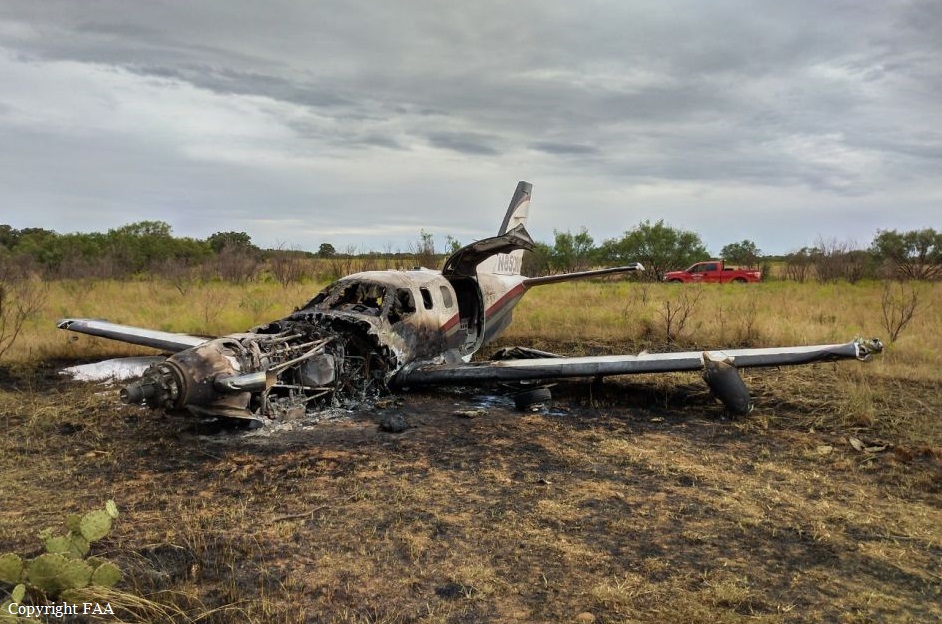 Crash of a Socata TBM-850 in Las Vegas

Type of aircraft:
Socata TBM-850
Operator:
Oso Rio
Registration:
N893CA
Flight Phase:
Landing (descent or approach)
Flight Type:
Private
Survivors:
Yes
Site:
Airport (less than 10 km from airport)
Schedule:
Tomball – Las Vegas
MSN:
393
YOM:
2007
Location:
Las Vegas-Municipal
New Mexico
Country:
United States of America
Region:
North America
Crew on board:
1
Crew fatalities:
Pax on board:
1
Pax fatalities:
Other fatalities:
Total fatalities:
0
Captain / Total flying hours:
3000
Captain / Total hours on type:
1850.00
Aircraft flight hours:
2304
Circumstances:
The pilot of the turbine-powered airplane reported that, while landing in a gusting crosswind, it was "obvious" the wind had changed directions. He performed a go-around, but "the wind slammed [the airplane] to the ground extremely hard." Subsequently, the airplane veered to the right off the runway and then back to the left before coming to rest. The airplane sustained substantial damage to the fuselage. The pilot reported that there were no preaccident mechanical failures or malfunctions with the airplane that would have precluded normal operation. The automated weather observation system located at the accident airport reported that, about the time of the accident, the wind was from 270° at 19 knots, gusting to 25 knots. The pilot landed on runway 20.
Probable cause:
The pilot's inadequate compensation for gusting crosswind conditions during the go-around.
Final Report: 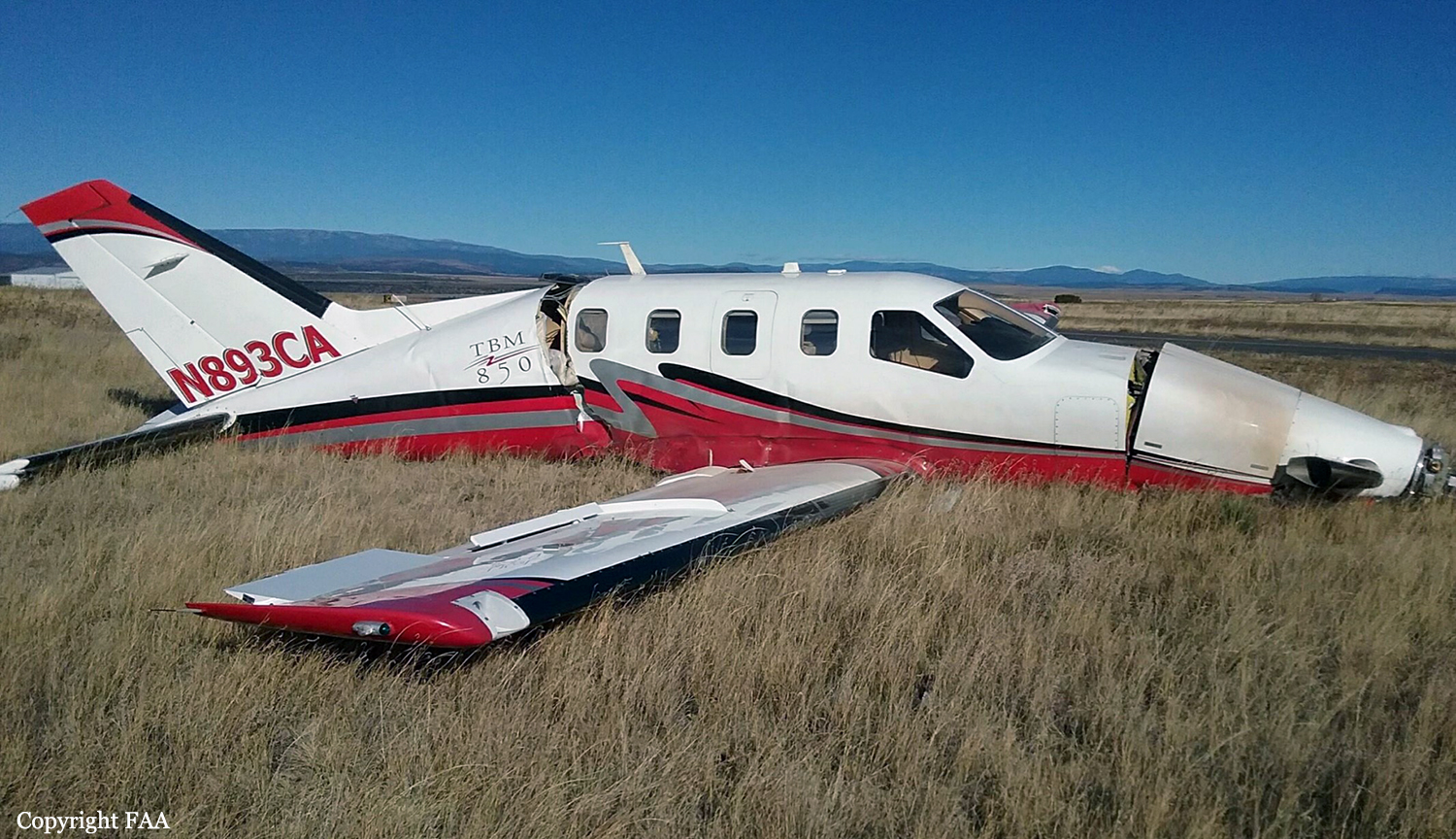