Registration:
G-GAVA
Flight Phase:
Landing (descent or approach)
Flight Type:
Scheduled Revenue Flight
Survivors:
Yes
Site:
Airport (less than 10 km from airport)
Schedule:
Belfast – Doncaster
MSN:
785
YOM:
1987
Flight number:
LNQ207
Location:
Doncaster-Sheffield-Robin Hood
South Yorkshire
Country:
United Kingdom
Region:
Europe
Crew on board:
2
Crew fatalities:
Pax on board:
1
Pax fatalities:
Other fatalities:
Total fatalities:
0
Captain / Total flying hours:
8740
Captain / Total hours on type:
3263.00
Circumstances:
G-GAVA took off from Belfast City Airport at 1745 hrs operating a scheduled air service to Doncaster Sheffield Airport with one passenger and a crew of two pilots on board. The commander was the Pilot Flying (PF) and the co-pilot was the Pilot Monitoring (PM). The departure, cruise and approach to Doncaster Sheffield were uneventful. The 1820 hrs ATIS for the airport stated that the wind was from 260° at 5 kt, varying between 220° and 280°. Visibility was greater than 10 km, there were few clouds at 3,000 ft aal, the temperature was 17°C and the QNH was 1,019 hPa. Although Runway 02 was the active runway, the crew requested radar vectors for a visual final approach to Runway 20, a request which was approved by ATC. The load sheet recorded that the aircraft’s mass at landing was expected to be 5,059 kg which required a target threshold indicated airspeed (IAS) of 101 kt. The aircraft touched down at 1836 hrs with an IAS of 102 kt and a peak normal acceleration of 1.3 g, and the commander moved the power levers aft to ground idle and then to reverse. As the aircraft decelerated, the commander moved the power levers forward to ground idle and asked the co-pilot to move the RPM levers to taxi. At an IAS of 65 kt, eight seconds after touchdown, the left wing dropped suddenly, the aircraft began to yaw to the left and the commander was unable to maintain directional control with either the rudder or the nosewheel steering tiller. The aircraft ran off the left side of the runway and stopped on the grass having turned through approximately 90°. The left landing gear had collapsed and the aircraft had come to a halt resting on its baggage pannier, right landing gear and left wing. The commander pulled both feather levers, to ensure that both engines were shut down, and switched the Electrics Master switch to emergency off. The co-pilot transmitted “tower……[callsign]” and the controller replied “[callsign] copied, emergency services on their way”. The commander instructed the co-pilot to evacuate the aircraft. The co-pilot moved into the main cabin where he found that the passenger appeared to be uninjured. He considered evacuating the aircraft through the emergency exit on the right side but judged that the main exit on the left side at the rear of the cabin would be the best option. The left side cabin door released normally but would not open completely because the sill of the doorway was at ground level (Figure 1) but, all occupants were able to evacuate the aircraft. The Aerodrome Controller in the ATC tower activated the Crash Alarm at 1836 hrs while the aircraft was still on the paved surface of the runway. Two Rescue and Fire Fighting Service vehicles arrived on scene at 1838 hrs by which time the occupants were clear of the aircraft.
Probable cause:
The aircraft’s left main landing gear failed as a result of stress corrosion cracking in the forward pintle housing, at the top of the left landing gear cylinder. The landing gear material is known to be susceptible to stress corrosion cracking. The investigation determined that a design solution implemented by the aircraft manufacturer following the 2012 accident, which was intended to prevent stress corrosion cracking, had not met its original design intent.
Final Report: 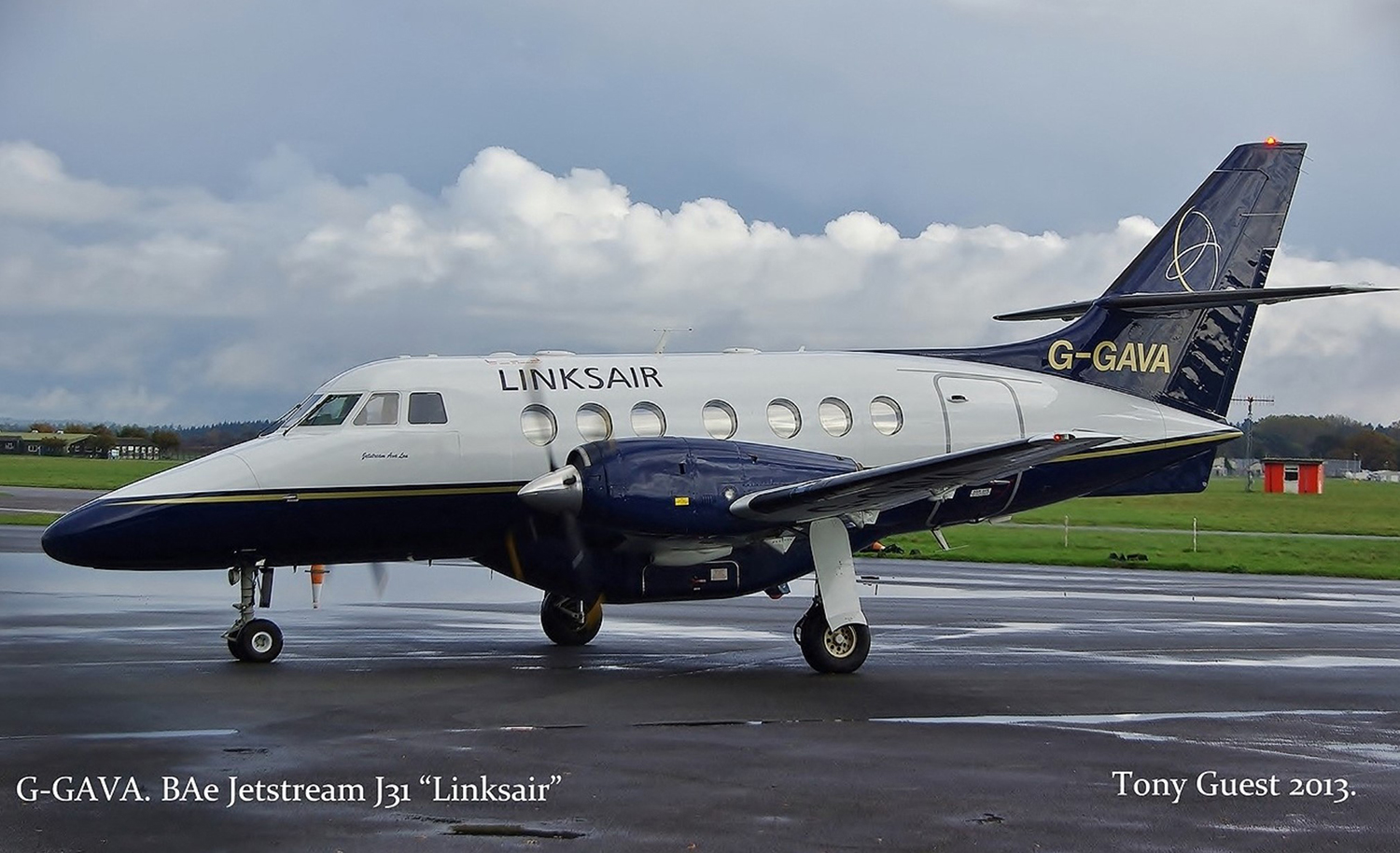 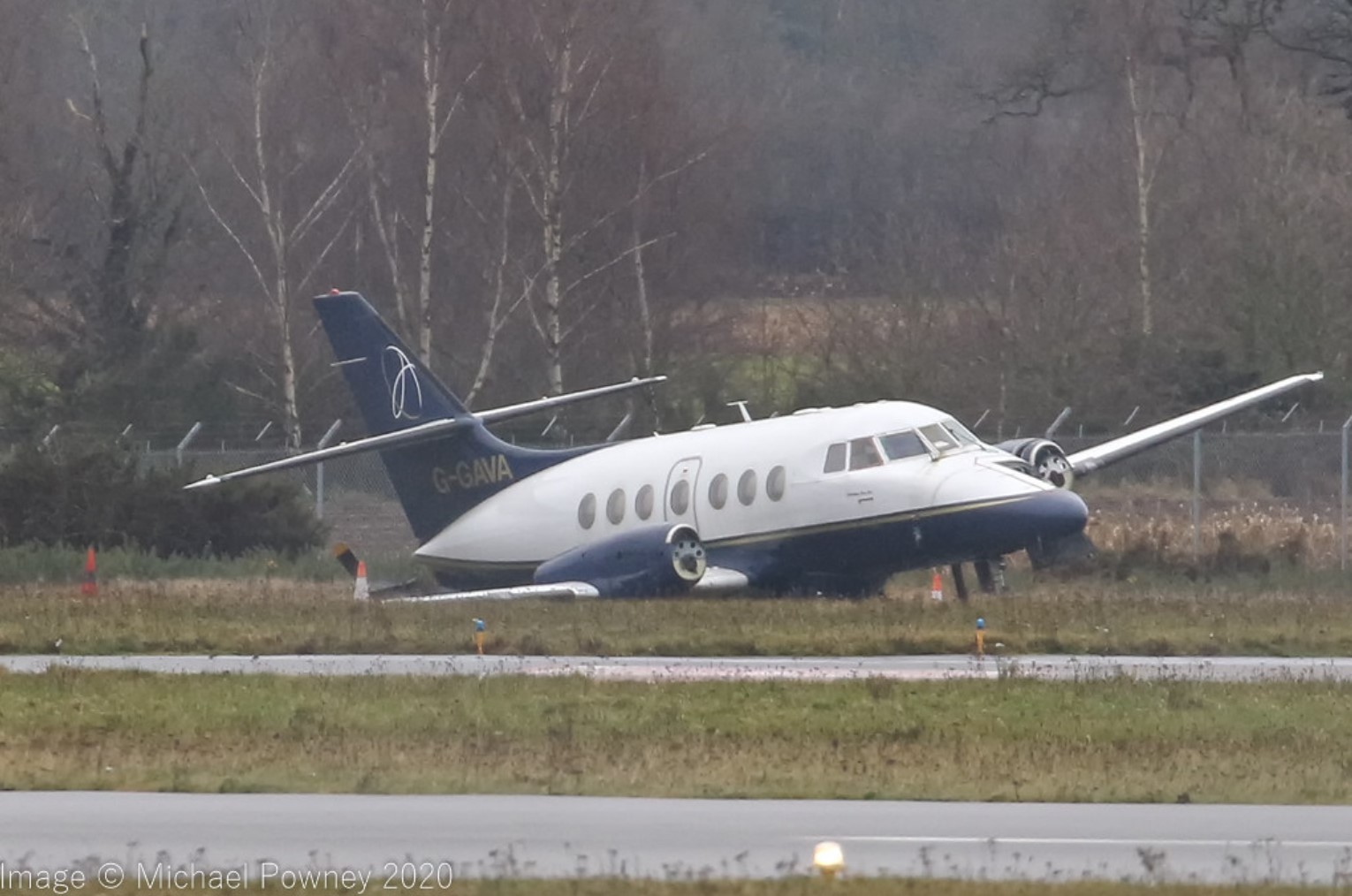 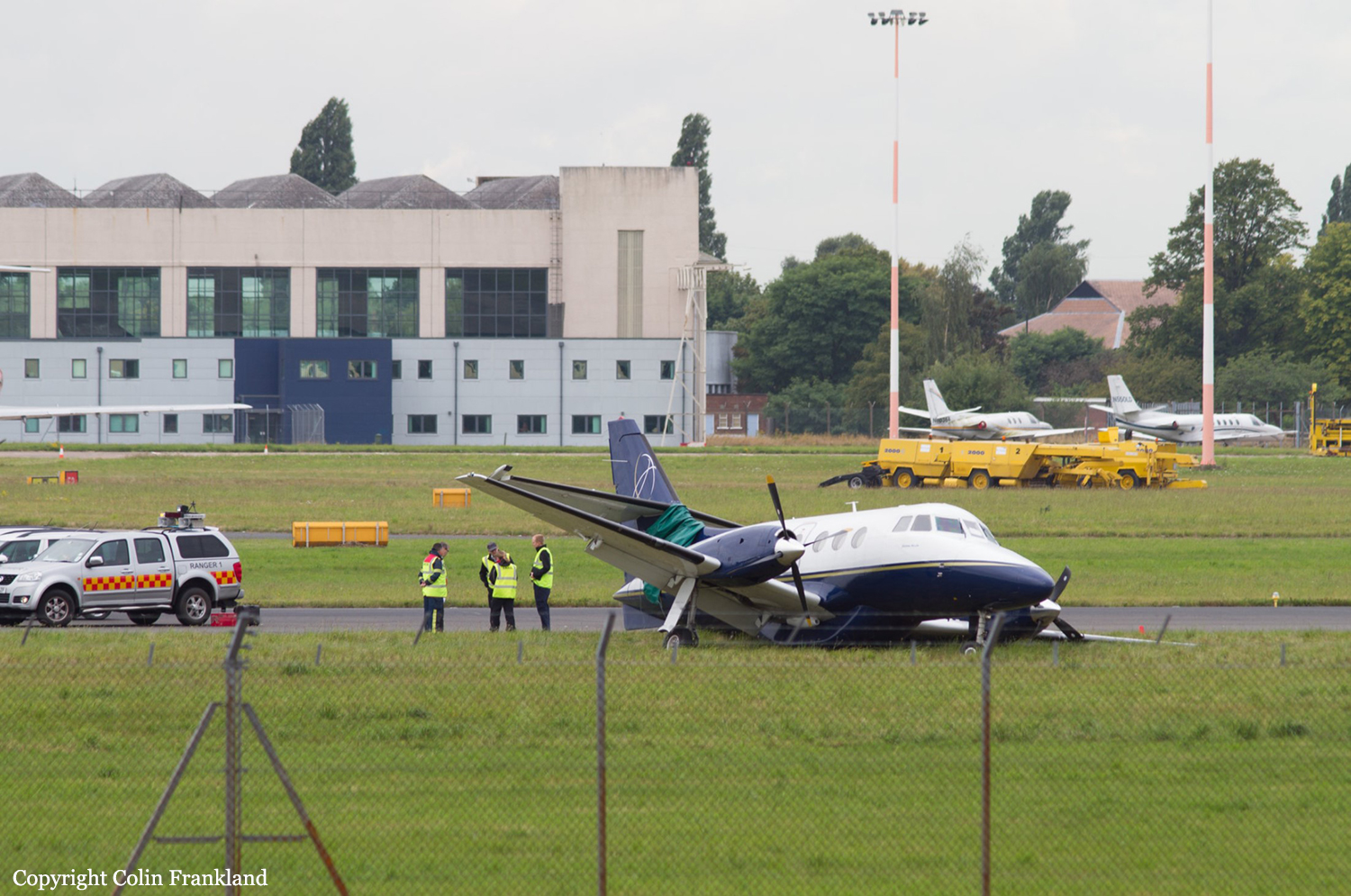 Registration:
G-FILL
Flight Phase:
Landing (descent or approach)
Flight Type:
Private
Survivors:
Yes
Site:
Airport (less than 10 km from airport)
MSN:
31-7912069
YOM:
1979
Location:
Wentworth
South Yorkshire
Country:
United Kingdom
Region:
Europe
Crew on board:
1
Crew fatalities:
Pax on board:
0
Pax fatalities:
Other fatalities:
Total fatalities:
0
Captain / Total flying hours:
7952
Captain / Total hours on type:
533.00
Circumstances:
The pilot was landing at a private strip at Wentworth. The runway was oriented 110/290° and had several level changes along its length which required all landings to be made in the 110° direction and all takeoffs in the 290° direction. Touchdown was required to take place on a level portion before the ground rose relatively steeply and levelled out again. The final part of the runway sloped gently down towards the end, which was bordered by a dry stone wall. The surface, from police photographs taken soon after the accident, showed it to be closely mown grass and firm, despite the indications of recent rain. The wind at the time was 220°/10 kt and the pilot reported that the approach was made directly into the setting sun, making it difficult to monitor the airspeed indicator. Touchdown was achieved on the first level portion of the runway and the brakes were applied very soon afterwards; however the pilot stated that there was no discernible braking action, despite applying firmer pressure on the brake pedals. Seeing that the stone wall at the end of the runway was approaching, he steered the aircraft to the right and towards a hedge, however he was unable to prevent the left wing striking the walland causing severe damage outboard of the engine. The pilot was uninjured and evacuated the aircraft normally. The police photographs indicate that the mainwheels were skidding on the wet grass almost throughout the landing roll of about 630 metres. Whilst the pilot acknowledged that his airspeed might have been somewhat high, he did not feel at the time of touchdown that his ground speed was unusual and he attributes the lack of braking action to the slippery runway surface.
Final Report: 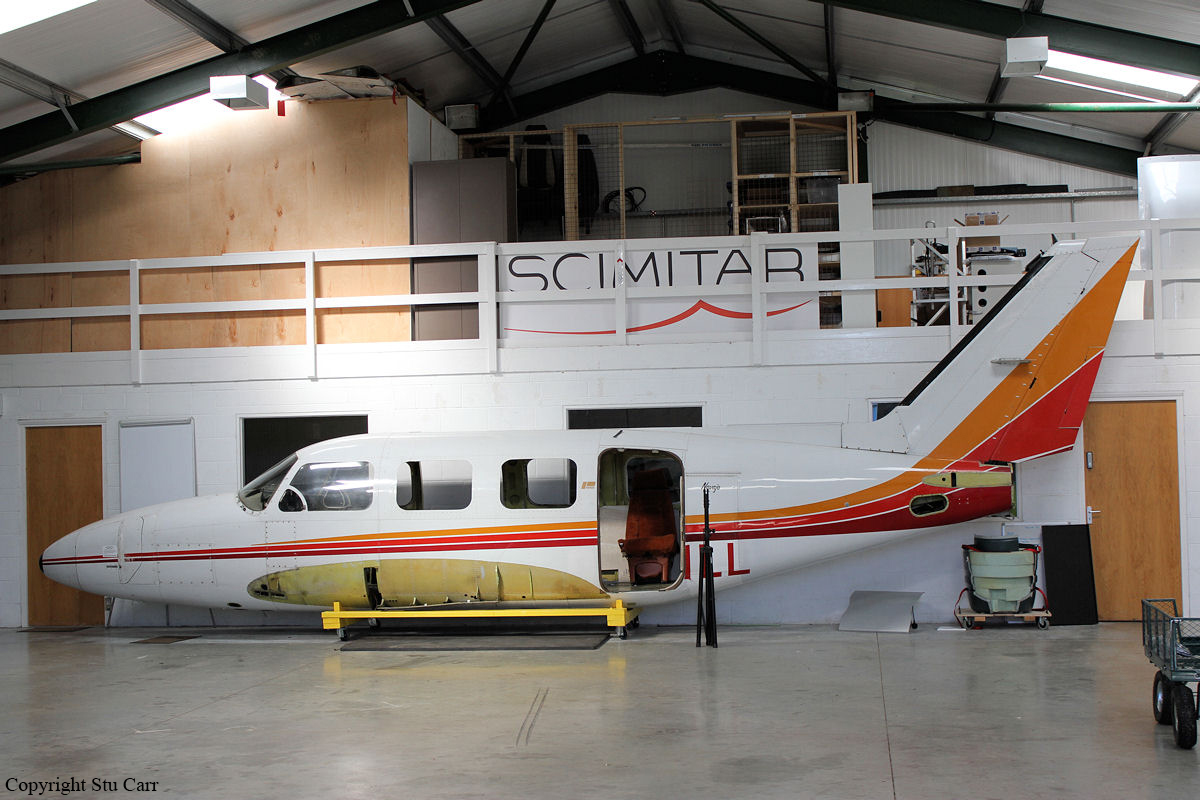 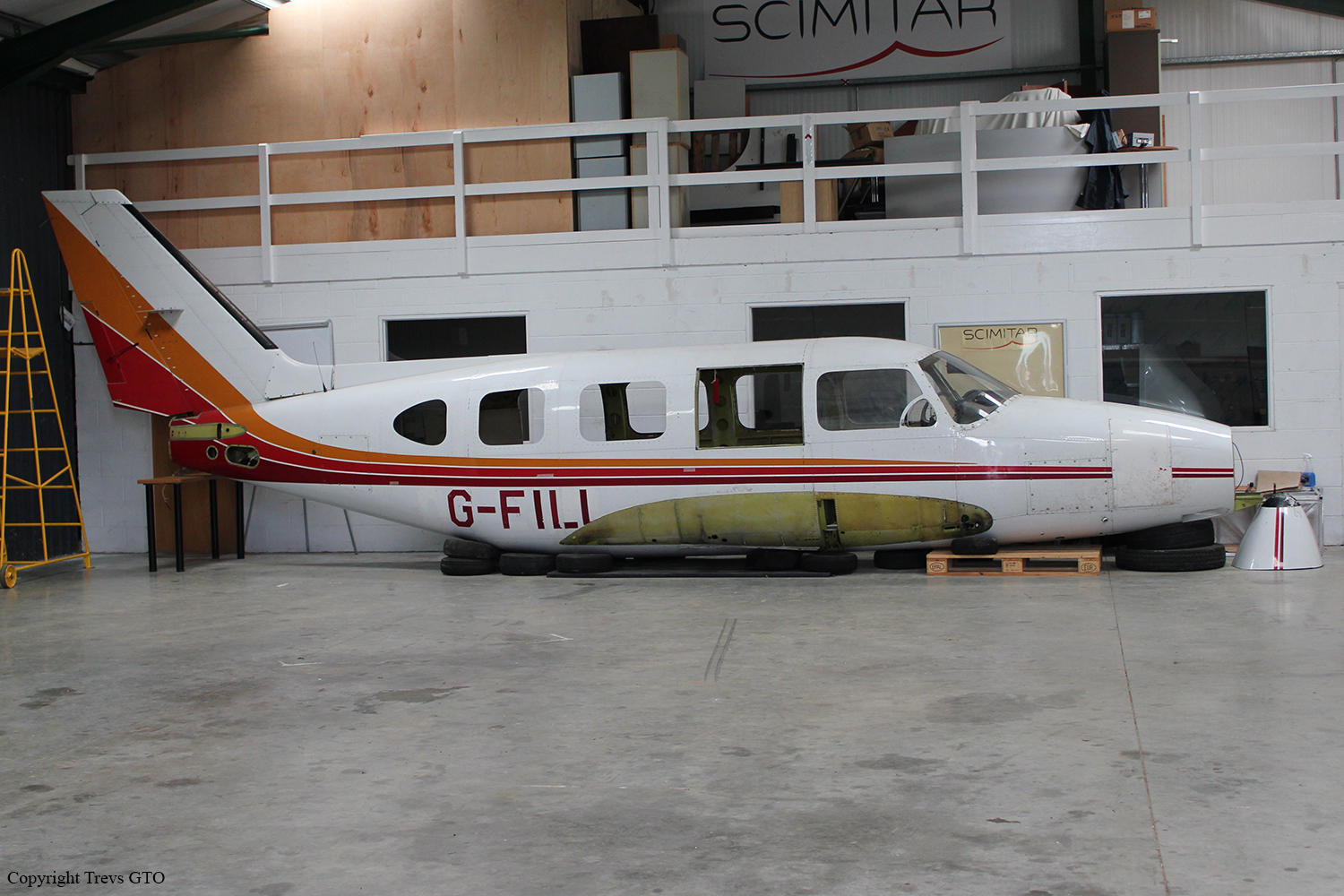 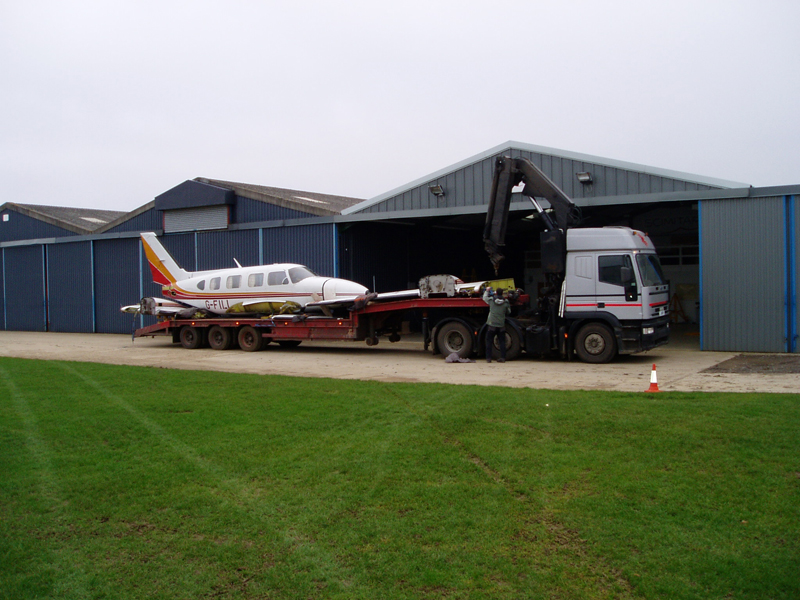 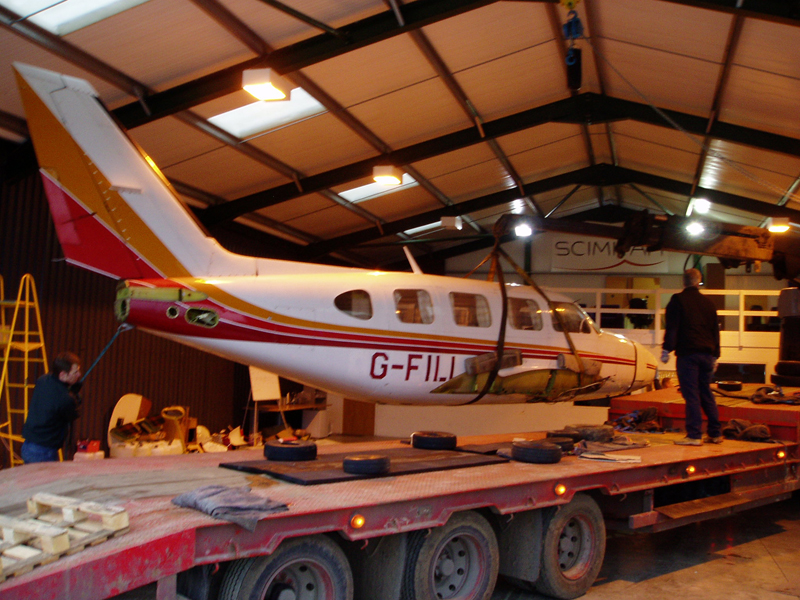 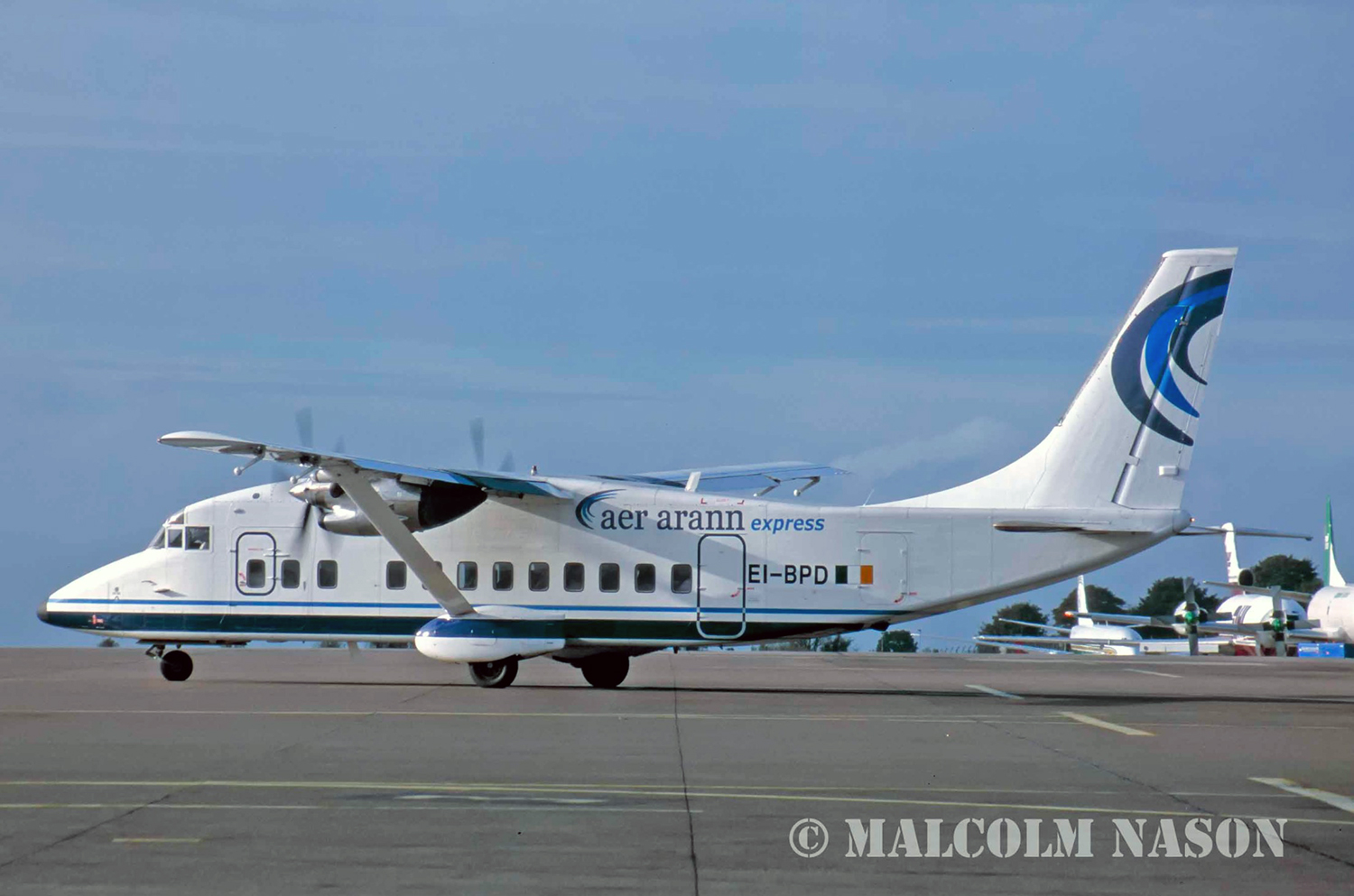 Crash of a Vickers 619 Wellington X in Sheffield

Crash of a Vickers 619 Wellington X in RAF Lindholme

Crash of a Vickers 619 Wellington X in Sheffield: 3 killed

Registration:
MF633
Flight Phase:
Landing (descent or approach)
Flight Type:
Training
Survivors:
No
Site:
Airport (less than 10 km from airport)
Schedule:
Sheffield - Sheffield
Location:
Sheffield
South Yorkshire
Country:
United Kingdom
Region:
Europe
Crew on board:
3
Crew fatalities:
Pax on board:
0
Pax fatalities:
Other fatalities:
Total fatalities:
3
Circumstances:
The crew was completing a local training sortie at Sheffield Airport, South Yorkshire. On final approach, the aircraft went of control, nosed down and crashed few miles short of runway. The aircraft was destroyed and all three crew members were killed.
Probable cause:
It was determined that during the final approach, the pilot-in-command was distracted by lights located in a coal mine. Investigations revealed that the pilot's attention was focused for a few seconds on these lights, a sufficient period of time to cause the loss of control of the aircraft.

Registration:
PF993
Flight Phase:
Flight
Flight Type:
Training
Survivors:
Yes
Site:
Airport (less than 10 km from airport)
Schedule:
Finningley - Finningley
Location:
Finningley AFB
South Yorkshire
Country:
United Kingdom
Region:
Europe
Crew on board:
5
Crew fatalities:
Pax on board:
0
Pax fatalities:
Other fatalities:
Total fatalities:
0
Circumstances:
The crew was completing a training sortie in RAF Finningley. While flying in the vicinity of the airbase, the aircraft collided with a flock of ducks. Both engines lost power and the pilot was forced to attempt an emergency landing. The aircraft crash landed near the airfield and came to rest. There were no casualties.
Probable cause:
Bird strike.

Crash of an Avro 683 Lancaster I in RAF Lindholme