Crash of a Piper PA-31T Cheyenne near Eatonton: 5 killed

Type of aircraft:
Piper PA-31 Cheyenne
Operator:
Larry Ray Pruitt
Registration:
N135VE
Flight Phase:
Flight
Flight Type:
Private
Survivors:
No
Site:
Plain, Valley
Schedule:
Williston – New Castle
MSN:
31-7520024
YOM:
1975
Location:
Eatonton
Georgia
Country:
United States of America
Region:
North America
Crew on board:
1
Crew fatalities:
Pax on board:
4
Pax fatalities:
Other fatalities:
Total fatalities:
5
Circumstances:
On June 5, 2020, about 1520 eastern daylight time, a Piper PA-31T, N135VE, was destroyed when it was involved in an accident near Eatonton, Georgia. The two pilots and the three passengers were fatally injured. The airplane was operated as a Title 14 Code of Federal Regulations Part 91 personal flight. The pilot/owner, who was seated in the left front seat of the airplane, held a private pilot certificate for single and multiengine airplanes with an instrument rating. He had filed an instrument flight rules (IFR) flight plan and was in contact with air traffic control (ATC) shortly after he departed from Williston Municipal Airport (X60), Williston, Florida, at 1413. The other pilot, who was seated in the front right seat, held a private pilot certificate for single engine airplanes only and had no instrument rating. A review of preliminary ATC communications and radar data provided by the Federal Aviation Administration (FAA) revealed that the airplane was on a northerly heading en route to New Castle Henry County Marlatt Field (UWL) New Castle, Indiana, at an altitude of 25,000 ft mean sea level (msl). When the airplane was about 50 miles south of Eatonton, Georgia, one of the pilot's told ATC that he was deviating "to the right a little" to avoid weather. When the airplane passed over Eatonton, one of the pilot's advised ATC that they wanted to proceed direct to their destination on a 353° heading, and ATC approved. This was the last communication between ATC and the airplane. About a minute later, the airplane was observed on radar entering a right turn, followed by a rapid descent. Radar contact was lost about 1520. There were no distress calls made by either pilot. Several witnesses observed the airplane as it was descending and took video with their cell phones. A review of these videos revealed the airplane was spinning as it descended, was on fire and trailing black smoke. The main wreckage of the airplane impacted densely wooded terrain inverted. The airplane continued to burn and the cockpit, fuselage, empennage, inboard sections of both wings and the right engine sustained extensive fire damage. The outboard sections of both wings and the tail section had separated from the airplane as it descended and were located within 3 miles of the where the main wreckage came to rest. The left engine had also separated but has not yet been not located. 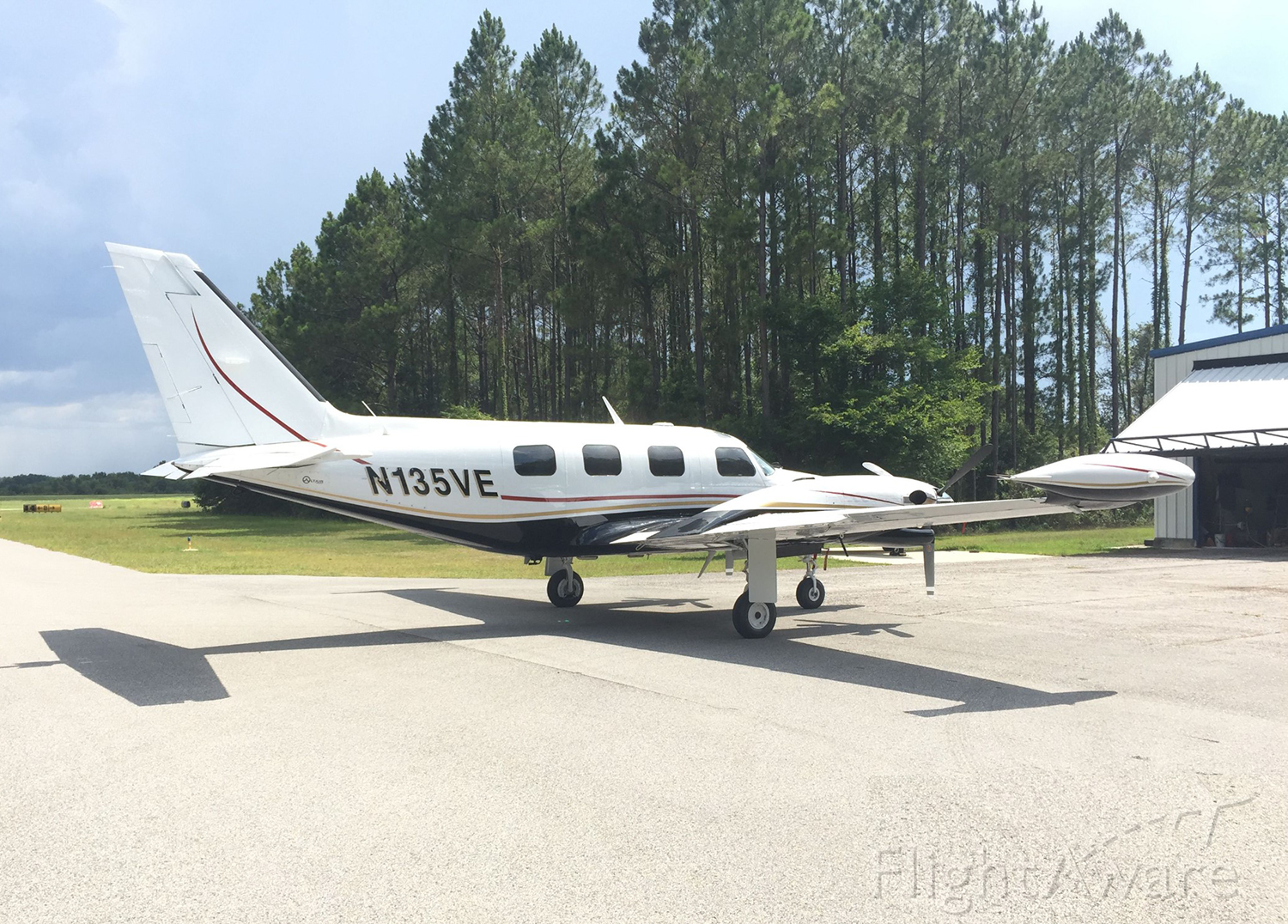 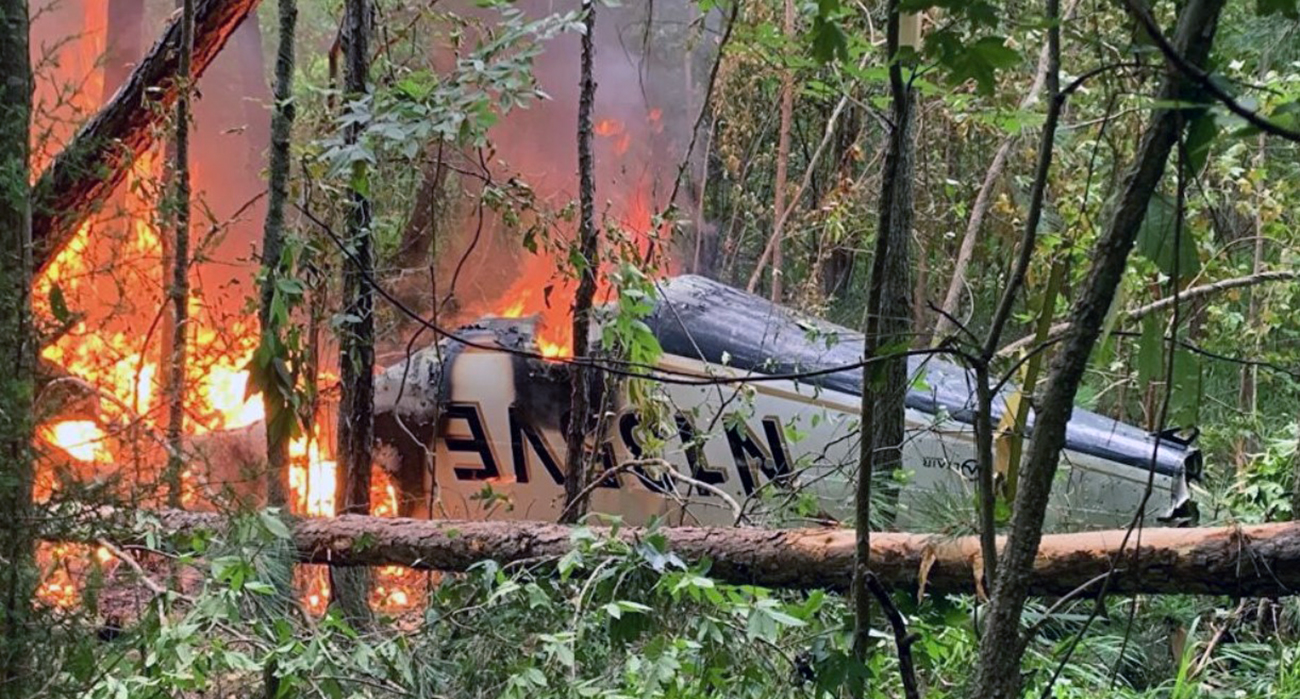 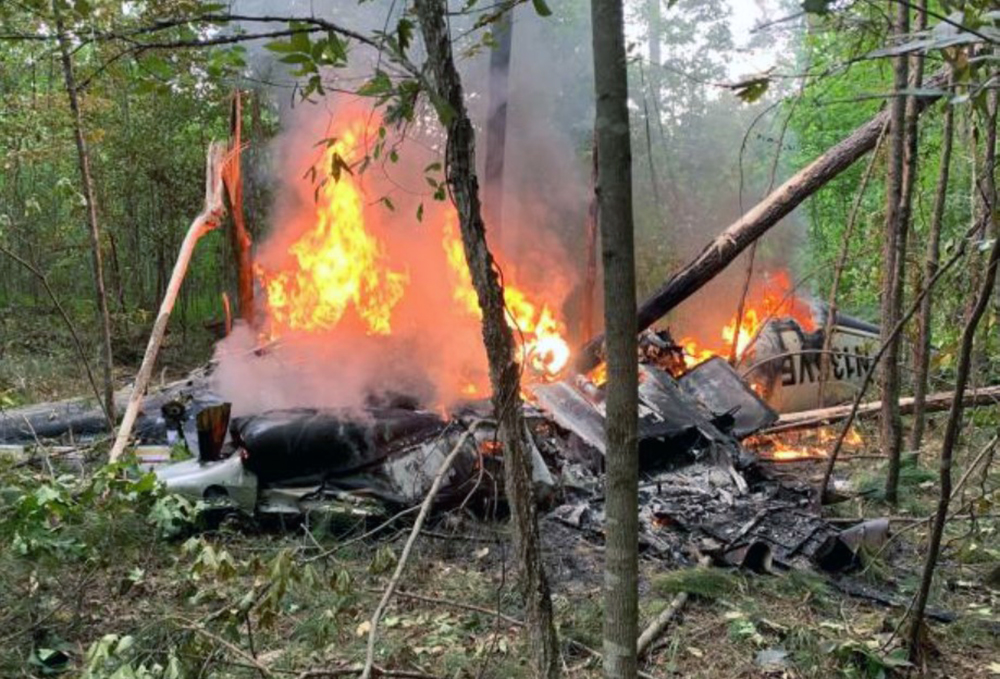 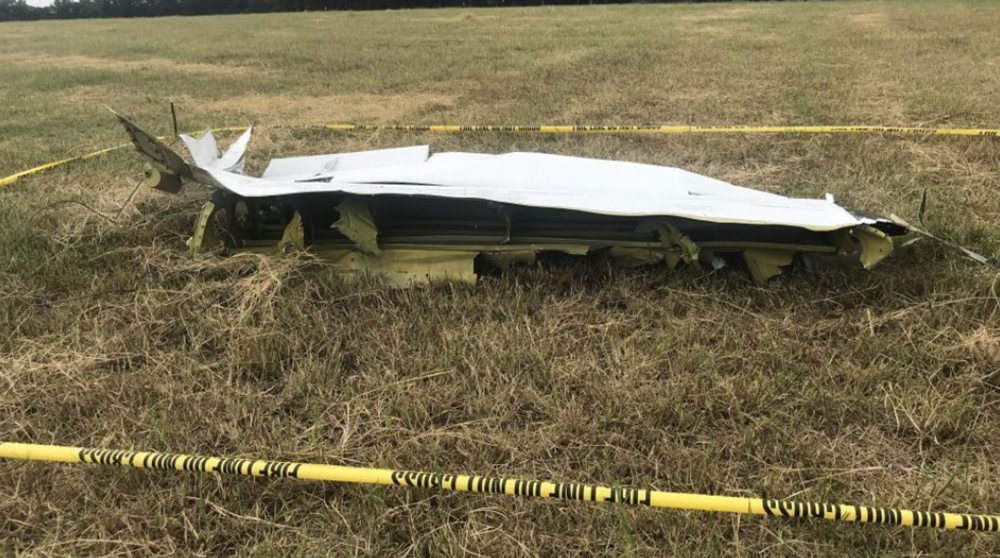