Crash of a Saab 340 in Washington DC 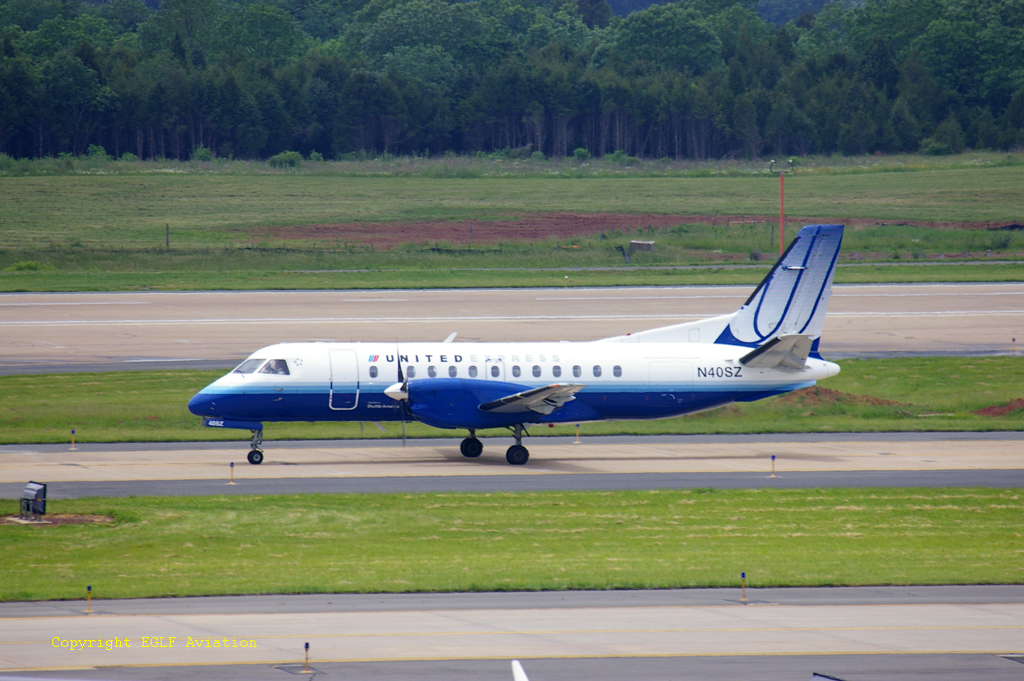 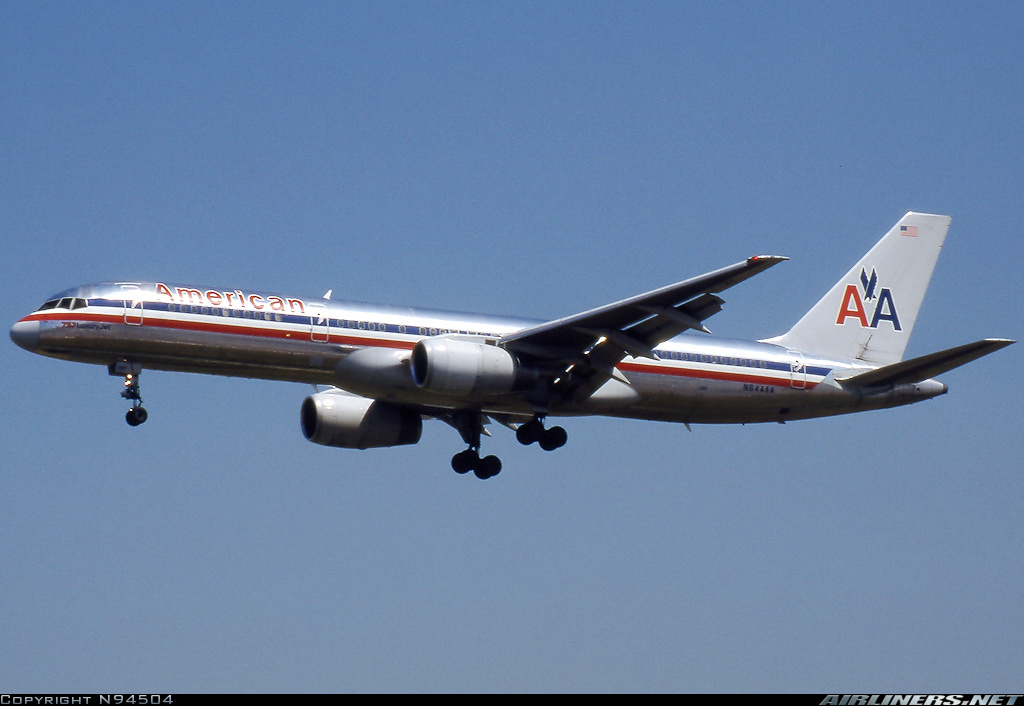 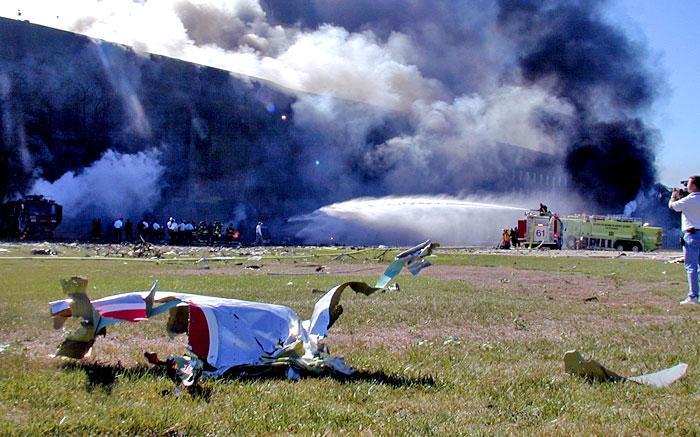 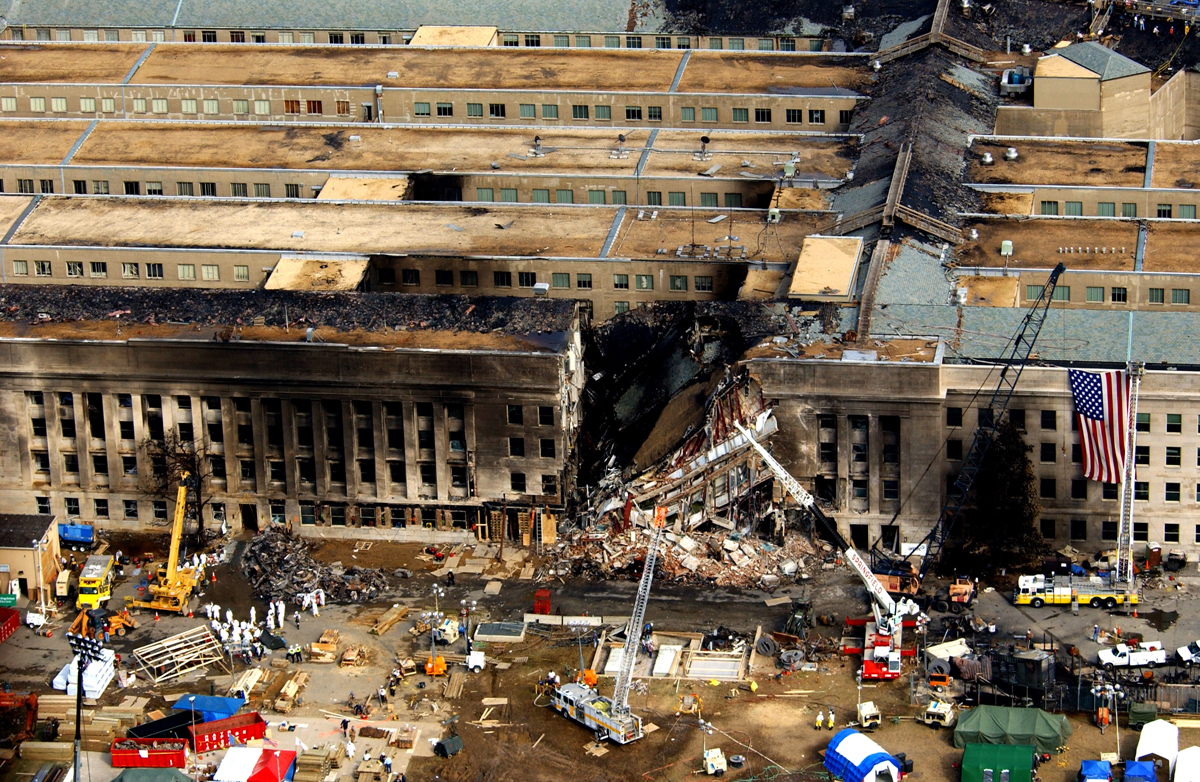 Crash of a Learjet 25 in Washington DC: 12 killed

Type of aircraft:
De Havilland DHC-6 Twin Otter
Operator:
Fairways Corporation
Registration:
N7267
Flight Phase:
Takeoff (climb)
Flight Type:
Positioning
Survivors:
No
Site:
Airport (less than 10 km from airport)
Schedule:
Washington - Washington
MSN:
195
YOM:
1969
Location:
Washington-Dulles
District of Columbia
Country:
United States of America
Region:
North America
Crew on board:
1
Crew fatalities:
Pax on board:
0
Pax fatalities:
Other fatalities:
Total fatalities:
1
Captain / Total flying hours:
12400
Aircraft flight hours:
10513
Circumstances:
This was the first flight after a maintenance inspection. The flaps were left full down after a post-inspection by company mechanics, before the flight. Witnesses stated the flaps were down when the aircraft taxied to takeoff on runway 19L. Witnesses stated the aircraft climbed steeply after it lifted off with a pitch attitude up to 60°. According to witnesses, the aircraft climbed to 200 to 500 feet agl, before it stalled and descended nose down in a left turn. The aircraft crashed about 300 ft left of and 2000 ft down the rwy. Examination of the aircraft revealed the flaps were full down. The scroll type checklist was positioned at the beginning of the takeoff check. The flight manual recommends a 10 degree flap setting for takeoff and prohibits flap full down takeoff. Review of previous DHC-6 accidents involving flap full down resulted in a steep takeoff climb and excessive pitch attitude followed by a stall. The position of the control lock suggests it may have been in the locked position during the takeoff. The pilot, sole on board, was killed.
Probable cause:
The pilot inadvertently misused the flaps, by failing to set the flaps to the proper setting. The flaps were set full down. This caused the aircraft to pitch up steeply after liftoff. Additionally, the flight control lock was probably installed during some portion, if not the entire flight, which prevented flight control operation. The pilot subsequently failed to maintain adequate flying speed and the aircraft stalled. Contributing factors are the pilot's inattention and his failure to adequately use the checklist.
Findings:
Occurrence #1: loss of control - in flight
Phase of operation: takeoff - initial climb
Findings
1. (c) raising of flaps - not performed - pilot in command
2. (f) inattentive - pilot in command
3. (f) checklist - not used - pilot in command
4. (f) procedures/directives - not followed - pilot in command
5. (f) removal of control/gust lock(s) - inadvertent use - pilot in command
----------
Occurrence #2: in flight collision with terrain/water
Phase of operation: descent - uncontrolled
Final Report: 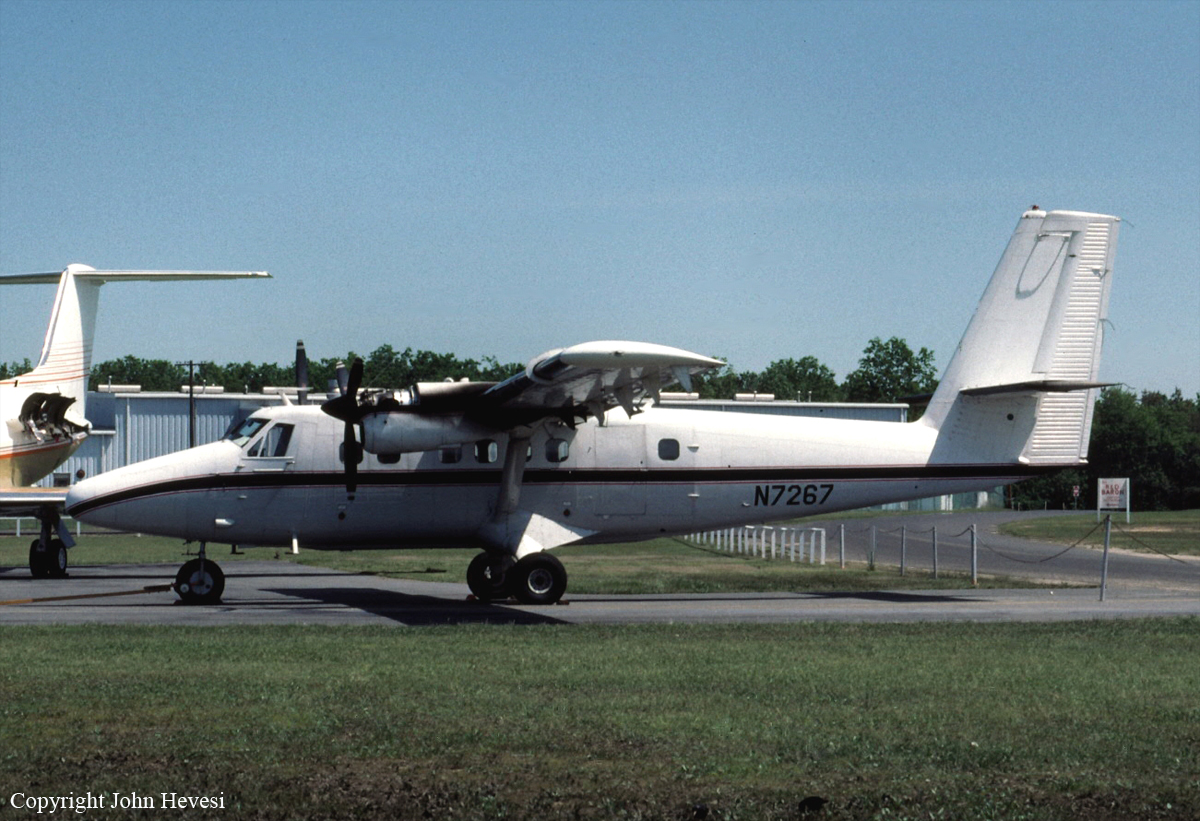 Crash of a Swearingen SA226TC Metro II in Washington-Dulles

Registration:
N23AZ
Flight Phase:
Landing (descent or approach)
Flight Type:
Scheduled Revenue Flight
Survivors:
Yes
Site:
Airport (less than 10 km from airport)
Schedule:
Newark - Washington DC
MSN:
TC-260
YOM:
1978
Location:
Washington-Dulles
District of Columbia
Country:
United States of America
Region:
North America
Crew on board:
2
Crew fatalities:
Pax on board:
6
Pax fatalities:
Other fatalities:
Total fatalities:
0
Captain / Total flying hours:
7200
Captain / Total hours on type:
400.00
Aircraft flight hours:
12820
Circumstances:
The aircraft had descended through a cloud layer enroute for the scheduled landing at IAD and according to the crew had picked up some trace rime ice on its wing surfaces. Although pitot and sas (stall avoidance system) heat were used the captain elected not to use engine inlet anti-ice. Just inside the outer marker the left engine lost power followed shortly by the right engine. The captain was able to set the aircraft down in an open field where the gear collapsed during the landing roll. The engines were successfully run-up at the Garrett facility. The flight manual contains a warning and a note stating that engine heat and continuous ignition must be used after leaving icing conditions until the pilot is confident that any significant residual ice will not be ingested into the engines. Ice was found lying beneath the right wing which matched the curvature of the leading edge of the wing. A round conical shaped piece of ice was found along the wreckage path which matched the nose of the propeller spinner.
Probable cause:
Occurrence #1: loss of engine power (total) - nonmechanical
Phase of operation: approach - faf/outer marker to threshold (ifr)
Findings
1. All engines
2. (f) weather condition - icing conditions
3. (c) in-flight planning/decision - improper - pilot in command
4. (c) anti-ice/deice system - not used - pilot in command
5. (c) inadequate initial training - check pilot
6. (c) inadequate certification/approval, airman - company/operator mgmt
7. (f) wing, skin - ice
----------
----------
Occurrence #3: gear collapsed
Phase of operation: landing - flare/touchdown
Findings
8. (f) terrain condition - open field
9. (f) terrain condition - downhill
10. (f) light condition - dark night
Final Report: 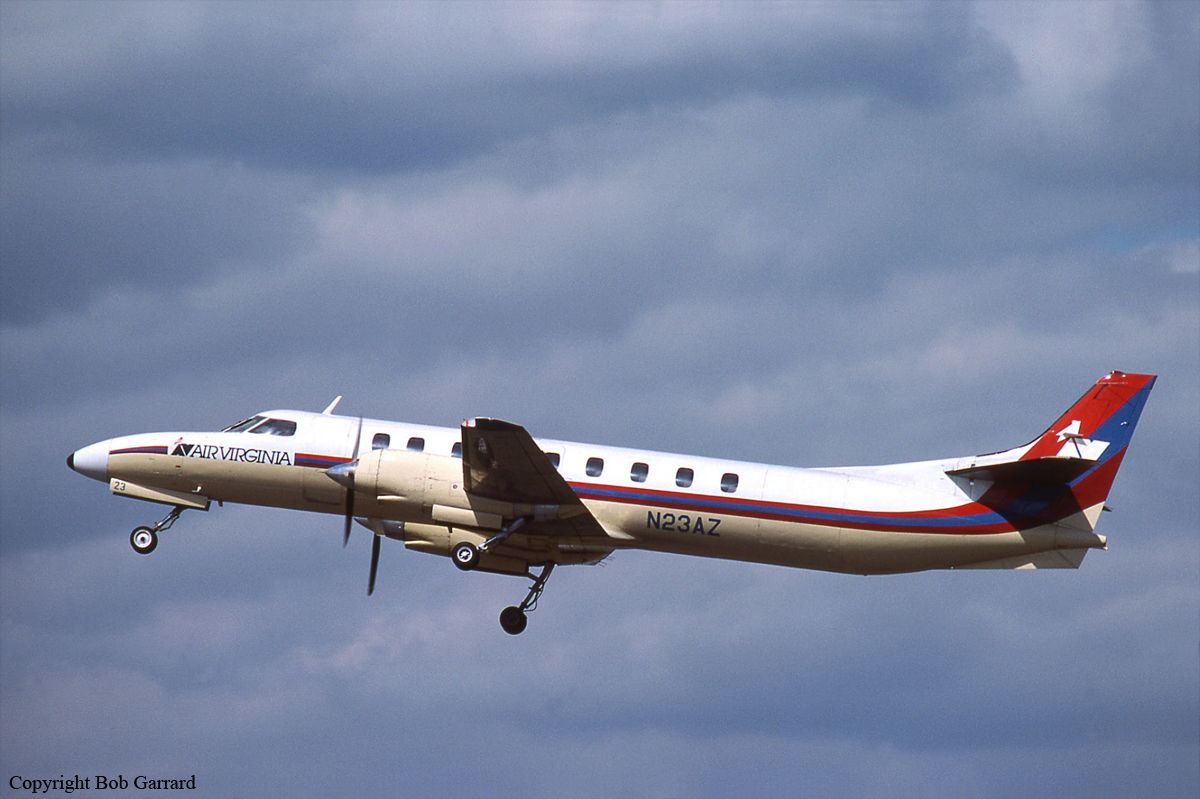 Crash of a Beechcraft A90 King Air in Washington DC: 5 killed

Registration:
N57V
Flight Phase:
Landing (descent or approach)
Flight Type:
Executive
Survivors:
No
Site:
City
Schedule:
Columbus - Washington DC
MSN:
LJ-268
YOM:
1967
Location:
Washington DC
District of Columbia
Country:
United States of America
Region:
North America
Crew on board:
2
Crew fatalities:
Pax on board:
3
Pax fatalities:
Other fatalities:
Total fatalities:
5
Captain / Total flying hours:
9745
Captain / Total hours on type:
50.00
Circumstances:
On a VOR/DME approach to Washington-National Airport, the crew encountered low clouds and failed to realize his altitude was insufficient. On final, the twin engine airplane struck a radio antenna. Upon impact, the left wing was torn off and the aircraft crashed in flames in the garden of the American University campus. The aircraft was destroyed by impact forces and a post crash fire and all five occupants were killed.
Probable cause:
The exact cause of the accident could not be determined. The following findings were reported:
- Low ceiling,
- High obstructions,
- Separation of the left wing in flight,
- Descended below minimum approach segment altitude during VOR/DME approach,
- Hit radio tower, causing the left wing to separate.
Final Report:

Crash of a Douglas DC-7 in Washington DC 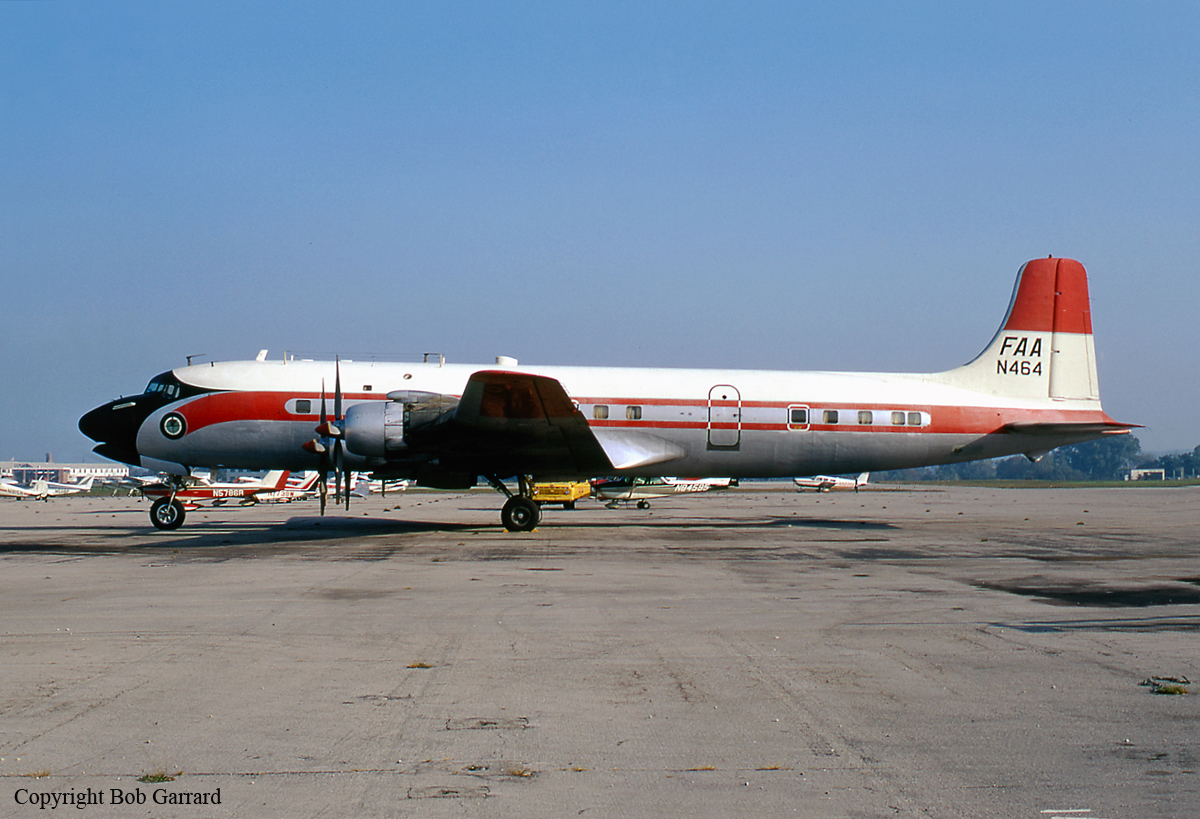 Registration:
NC25691
Flight Phase:
Landing (descent or approach)
Flight Type:
Scheduled Revenue Flight
Survivors:
Yes
Site:
Lake, Sea, Ocean, River
Schedule:
Memphis – Norfolk – Newport News – Washington DC
MSN:
2556
YOM:
1940
Flight number:
CA500
Location:
Washington DC
District of Columbia
Country:
United States of America
Region:
North America
Crew on board:
3
Crew fatalities:
Pax on board:
20
Pax fatalities:
Other fatalities:
Total fatalities:
6
Captain / Total flying hours:
6476
Captain / Total hours on type:
5296.00
Copilot / Total flying hours:
6590
Copilot / Total hours on type:
2559
Aircraft flight hours:
27396
Circumstances:
Capital Airlines Flight 500 originated in Memphis, Tenn., December 12, 1949, and proceeded in a routine manner to Norfolk, Va. No difficulties of any kind were experienced. At Norfolk a new crew consisting of Captain William J. Davis, Copilot Lloyd L. Porter, and Flight Attendant Joseph W. Buell were assigned to the flight for the remainder of the trip to Newport News, Va., and Washington, D. C. Before takeoff from Norfolk, Captain Davis studied all weather data in the Capital Airlines office, and called the company’s dispatcher in Washington who advised him that weather conditions would remain above landing limits until after midnight. Flight 500 took off from Norfolk at 1816; arrived at Newport News, Va., at 1836; and seven minutes later, at 1843, was again in the air en route to Washington by way of Richmond, Va., at a cruising altitude of 4,000 feet. On board were 20 passengers, the crew of three, 792 pounds of cargo and 3,000 pounds of fuel. Total aircraft weight was 25,472 pounds, which was 126 pounds in excess of the certificated aircraft weight. The load was distributed so that the center of gravity of the aircraft was within the certificated limits. The trip continued without incident. It reported over Richmond at 1910, and was then cleared by Air Route Traffic Control to proceed at 8,000 feet to the Clifton Intersection, which is 32 miles southwest of the Washington National Airport. By the time that the flight arrived over Clifton, however, ceiling and visibility at Washington were below landing minimums, so instructions were given to the flight to “hold.” Approximately 410 gallons of fuel remained on board, and weather conditions at the al-ternate airports of Richmond and Norfolk were remaining well above landing minimums. At 2025, a weather observer stationed at the south end of runway 36 at the National Airport reported that the ceiling was 400 feet variable, and that the visibility was 3/4 of a mile. Since landing minimums were now indicated, the control tower cleared one aircraft to land and the Capital flight to descend to 3,500 feet in the holding pattern. The air-craft which had been cleared to land completed its landing at 2033 without incident using the instrument landing system (ILS). At 2033 another runway observation was made, reporting the ceiling to be 400 feet variable, and the visibility 1 1/2 miles restricted by light rain and fog. Immediately following the transmission of this observation, clearance was given to Capital’s Flight 500 to descend to 1,500 feet and to commence its landing approach. Flight 500 acknowledged. Five minutes later, at 2038, the flight reported leaving the outer marker, five miles south of the end of runway 36, at which time it was cleared by the tower to land. From the holding pattern to the outer marker the aircraft was observed in the ground control approach (GCA) radar scopes which are in the Washington National Tower. Nothing unusual was noted. As the flight passed over the outer marker at 1,500 feet, entering its ILS approach, the GCA operator advised that the approach would be monitored. This message, as is customary, was not acknowledged, so it is not known whether either the pilot or the copilot was listening to GCA. In the GCA radar scopes, the flight path and descent at first appeared to be normal. When the aircraft was 4 1/2 miles from its point of landing, it was 200 feet to the right of the intended track, an extended center line of the runway, and the glide was good. When it was three miles from intended point of touchdown, it was 50 feet to the right and the glide was still good. When two miles out, the aircraft was on the center line, and only 25 feet above the glide path. One and one-half miles out, it was on the center line, and on the glide path. Then, the flight began to deviate to the right from the center line. The GCA operator in his monitoring conversation advised the flight that it was drifting sharply to the right, and followed by saying that it had gone 1,500 feet off course. The flight then appeared to turn left, proceeding back to the center line, but when within 1,000 feet of the center line and only 1/2 mile from the end of the runway, it disappeared entirely from the scopes. The aircraft was neither seen nor heard by any of the control tower operators, nor by the weather observer stationed at the end of runway 36. A few minutes after the accident, the runway observer reported the ceiling to be 400 feet variable and visibility to be 3/4 of a mile. There was light rain and fog, and the wind was from the south-southwest at nine miles per hour. The aircraft struck the water, left wing and nose first, in a steep nose down, left turning attitude. Both pilots and four passengers were killed. The aircraft was lost.
Probable cause:
The Board determines that the probable cause of this accident was the stalling of the aircraft at an altitude too low to permit a recovery.
The following findings were noted:
- At the time of the accident the ceiling was 400 feet, variable and the visibility was 3/4 of a mile to the north of point of observation,
- Immediately before the accident, and during the execution of an instrument approach, the aircraft was stalled at too low an altitude to effect recovery,
- The aircraft struck the Potomac River in a steep, nose down, turning attitude, 1,875 feet southeast from the approach end of runway 36.
Final Report:
Subscribe to District of Columbia