Crash of a Piper PA-46-500TP Meridian in Wellsville: 3 killed 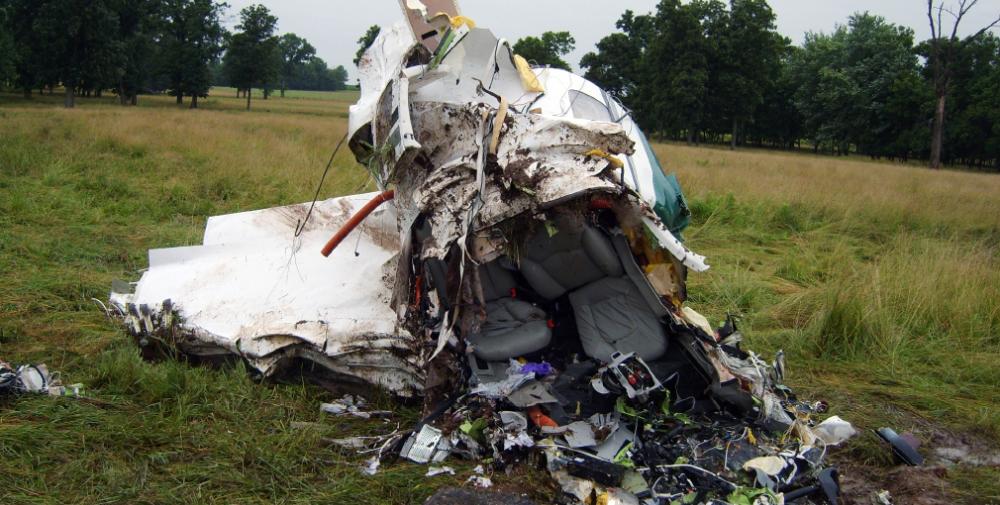 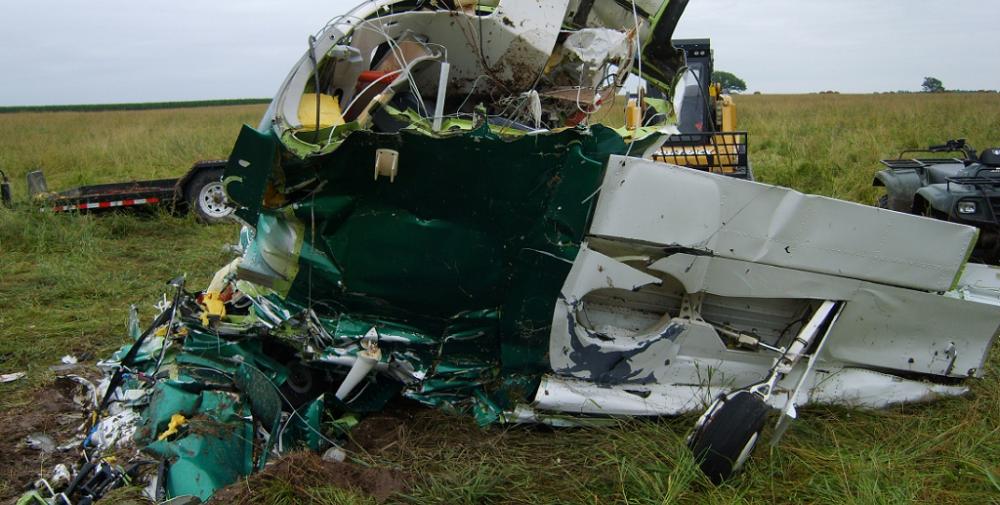 Type of aircraft:
Piper PA-46 Malibu Meridian (Malibu Mirage)
Operator:
MCC Aviation Services
Registration:
N477MD
Flight Phase:
Flight
Flight Type:
Private
Survivors:
No
Site:
Plain, Valley
Schedule:
Saint Louis - Buffalo
MSN:
46-97264
YOM:
2006
Location:
Wellsville
Missouri
Country:
United States of America
Region:
North America
Crew on board:
1
Crew fatalities:
1
Pax on board:
2
Pax fatalities:
2
Other fatalities:
0
Total fatalities:
3
Captain / Total flying hours:
1000
Aircraft flight hours:
201
Circumstances:
On June 28, 2007, about 0815 central daylight time, a Piper PA-46-500TP, N477MD, was destroyed on impact with terrain following an in-flight breakup near Wellsville, Missouri. The personal flight was operating under Title 14, Code of Federal Regulations Part 91. Visual meteorological surface conditions prevailed in the area at the time of the accident. An instrument flight rules (IFR) flight plan was on file and was activated. The pilot and two passengers sustained fatal injuries. The flight originated from the Spirit of St Louis Airport, near Chesterfield, Missouri, about 0750, and was destined for the Buffalo Municipal Airport, near Buffalo, Minnesota. About 0711, a person representing N477MD contacted Kankakee Automated Flight Service Station (AFSS) to file an IFR flight plan and obtain an abbreviated weather update. During the abbreviated weather update, the AFSS briefer advised the pilot that there was heavy rain and thunderstorm activity in Missouri along the aircraft's planned route of flight. The pilot stated that he had onboard radar for weather avoidance. About 0750, N477MD departed SUS, contacted Federal Aviation Administration (FAA) air traffic controller (ATC) on the St. Louis (Gateway) Departure frequency about 0752, and was initially cleared to climb to 4,000 feet. The Gateway controller advised of light to moderate precipitation three miles ahead of the aircraft. The pilot requested a northerly course deviation for weather avoidance, which was approved. About 0753, N477MD was cleared to climb to 10,000 feet. The controller then advised of additional areas of moderate and heavy precipitation ahead of the airplane, gave the pilot information on the location and extent of the weather areas, and suggested a track that would avoid it. The pilot responded that he saw the same areas on his onboard radar and concurred with the controller's assessment. Radar data showed that the airplane flew northwest bound, and then turned toward the west. About 0757, N477MD was instructed to resume the Ozark 3 departure procedure, and the pilot acknowledged. About 0758, the pilot was cleared again to proceed direct to Macon, Missouri (MCM) VHF omnidirectional range distance measuring equipment (VOR/DME), and two minutes later, was instructed to contact Kansas City Center (ZKC). The pilot contacted the ZKC R53 controller at 0800:47, and, after a discussion about the final requested altitude, was cleared to climb and maintain flight level 230. At 0801:42, a position relief briefing occurred and the R53 controller was replaced. The new R53 controller made no transmissions to N477MD, and was replaced by a third controller at 0806:27. The next transmission to N477MD occurred at 0812:26, when the R53 controller asked the pilot if he had been given a clearance to deviate. The flight's radar track showed that the airplane turned to the left. The pilot responded, "mike delta we've got problems uh..." The controller responded by asking the pilot if he was declaring an emergency, and made several other attempts to contact N477MD. The pilot did not respond to any of these calls, and radar contact was lost. None of the three ZKC controllers had given the pilot any weather information during the time he was controlled by ZKC. The plane crashed in an open field near Wellsville and was destroyed upon impact. All three occupants have been killed.
Probable cause:
The pilot's failure to activate the pitot heat as per the checklist, resulting in erroneous airspeed information due to pitot tube icing, and his subsequent failure to maintain aircraft control. Contributing to the accident was the pilot's continued flight in an area of known adverse
weather.
Final Report:
N477MD.pdf122.95 KB 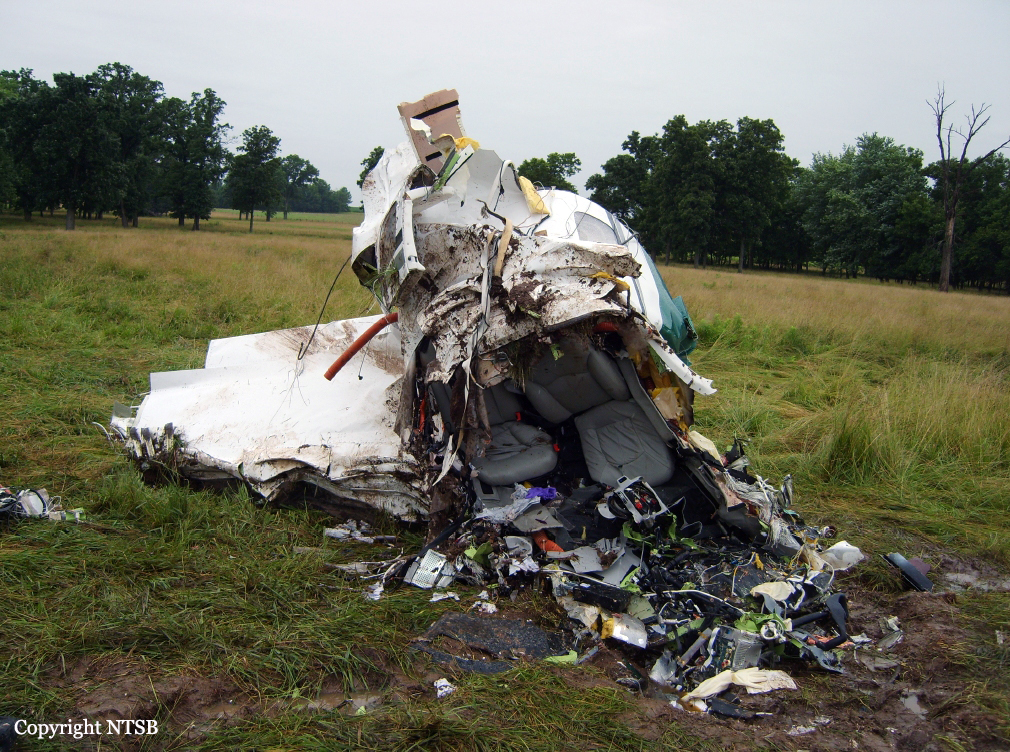 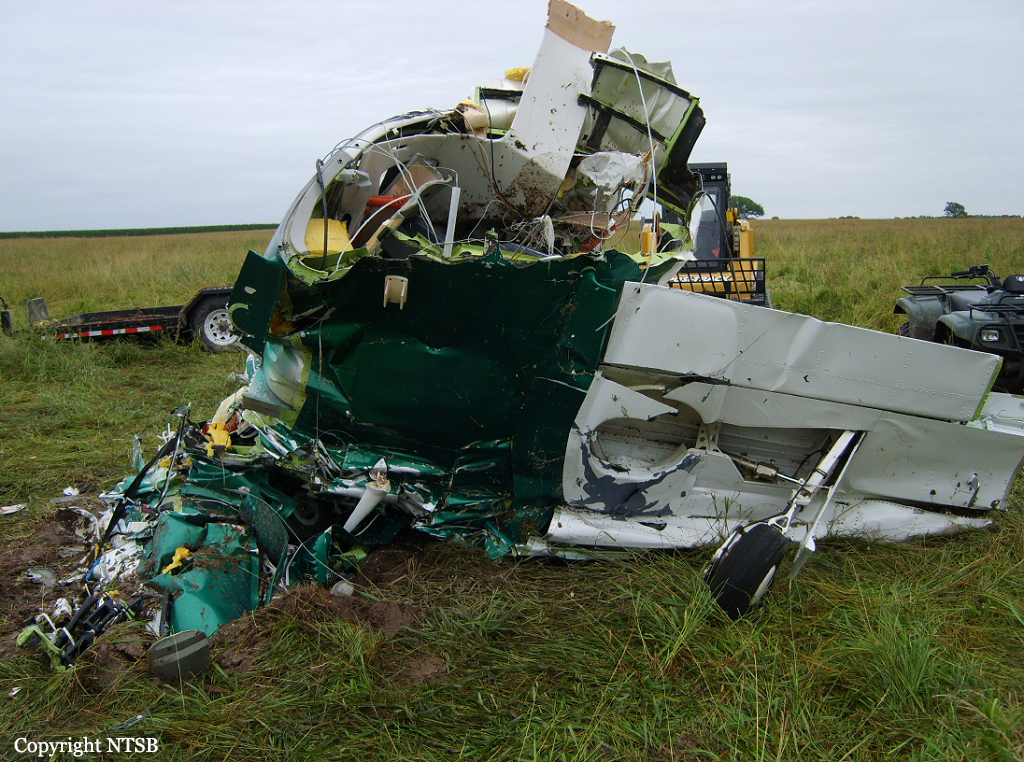