Crash of a Piper PA-31T Cheyenne in the Atlantic Ocean: 5 killed 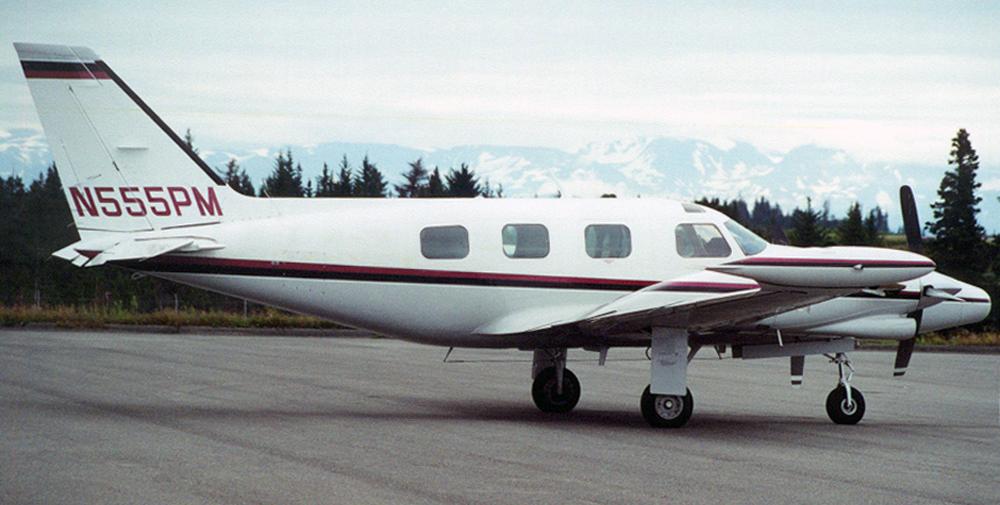 Type of aircraft:
Piper PA-31 Cheyenne
Operator:
Bulldog Flying Club
Registration:
N555PM
Flight Phase:
Flight
Flight Type:
Private
Survivors:
No
Site:
Lake, Sea, Ocean, River
Schedule:
Andrews - Governor's Harbour
MSN:
31T-7620028
YOM:
1976
Location:
Atlantic Ocean
All World
Country:
World
Region:
World
Crew on board:
2
Crew fatalities:
2
Pax on board:
3
Pax fatalities:
3
Other fatalities:
0
Total fatalities:
5
Captain / Total flying hours:
2778
Copilot / Total flying hours:
12000
Aircraft flight hours:
7718
Circumstances:
The two pilots and three passengers were conducting a cross-country flight over the ocean from South Carolina to the Bahamas. About 30 minutes into the flight, while climbing through 24,300 ft to 25,000 ft about 95 miles beyond the coast, the pilot made a garbled radio transmission indicating an emergency and intent to return. At the time of the transmission the airplane had drifted slightly right of course. The airplane then began a descent and returned on course. After the controller requested several times for the pilot to repeat the radio transmission, the pilot replied, "we're descending." About 15 seconds later, at an altitude of about 23,500 ft, the airplane turned sharply toward the left, and the descent rate increased to greater than 4,000 ft per minute, consistent with a loss of control. Attempts by the air traffic controller to clarify the nature of the emergency and the pilot's intentions were unsuccessful. About 1 minute after the sharp left turn and increased descent, the pilot again declared an emergency. No further communications were received. Search efforts coordinated by the U.S. Coast Guard observed an oil slick and some debris on the water in the vicinity of where the airplane was last observed via radar, however the debris was not identified or recovered. According to recorded weather information, a shallow layer favorable for light rime icing was present at 23,000 ft. However, because the airplane was not recovered, the investigation could not determine whether airframe icing or any other more-specific issues contributed to the loss of control. One air traffic control communication audio recording intermittently captured the sound of an emergency locator transmitter (ELT) "homing" signal for about 45 minutes, beginning near the time of takeoff, and ending about 5 minutes after radar contact was lost. Due to the intermittent nature of the signal, and the duration of the recording, it could not be determined if the ELT signal had begun transmitting before or ceased transmitting after these times. Because ELT homing signals sound the same for all airplanes, the source could not be determined. However, the ELT sound was recorded by only the second of two geographic areas that the airplane flew through and began before the airplane arrived near either of those areas. Had the accident airplane's ELT been activated near the start of the flight, it is unlikely that it would be detected in the second area and not the first. Additionally, the intermittent nature of the ELT signal is more consistent with an ELT located on the ground, rather than an airborne activation. An airborne ELT is more likely to have a direct line-of-sight to one or more of the ground based receiving antennas, particularly at higher altitudes, resulting in more consistent reception. The pilot's initial emergency and subsequent radio transmissions contained notably louder background noise compared to the previous transmissions. The source or reason for the for the increase in noise could not be determined.
Probable cause:
An in-flight loss of control, which resulted in an impact with water, for reasons that could not be determined because the airplane was not recovered.
Final Report:
N555PM.pdf144.52 KB 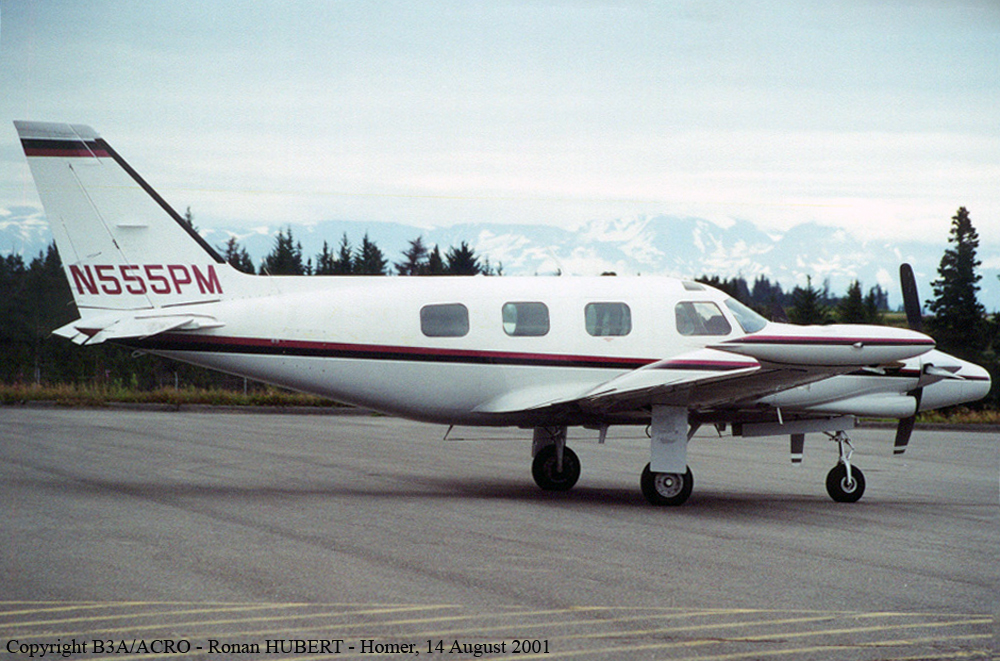