Crash of a De Havilland DHC-2 Beaver near Ketchikan: 6 killed 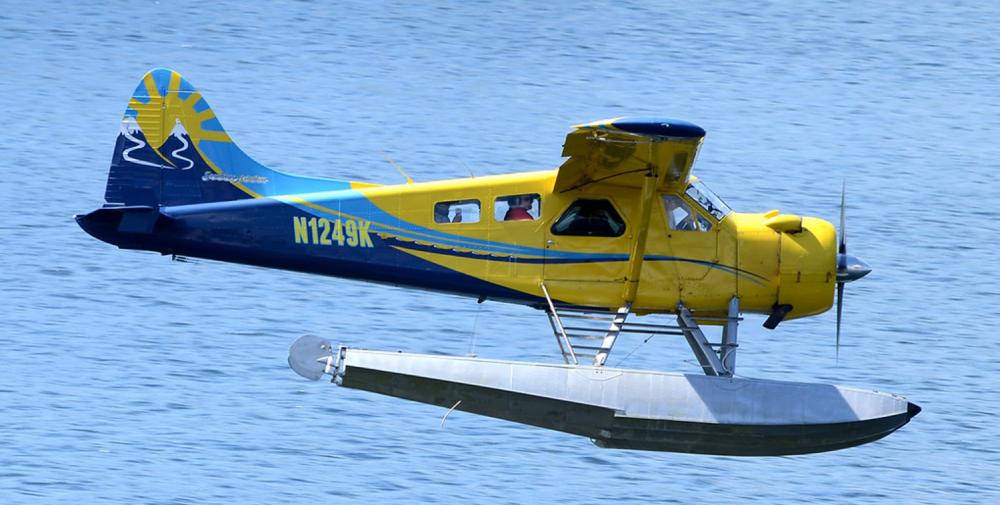 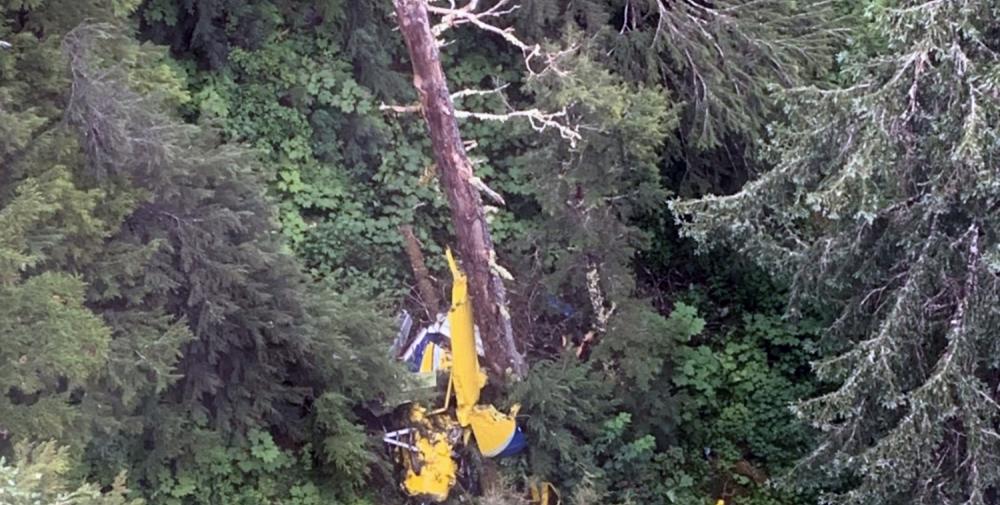 Registration:
N1249K
Flight Phase:
Flight
Flight Type:
Charter/Taxi (Non Scheduled Revenue Flight)
Survivors:
No
Site:
Mountains
Schedule:
Ketchikan - Ketchikan
MSN:
1594
YOM:
1965
Location:
Ketchikan
Alaska
Country:
United States of America
Region:
North America
Crew on board:
1
Crew fatalities:
1
Pax on board:
5
Pax fatalities:
5
Other fatalities:
0
Total fatalities:
6
Circumstances:
On August 5, 2021, about 1050 Alaska daylight time, a DeHavilland DHC-2, N1249K, was destroyed when it was involved in an accident near Ketchikan, Alaska. The airline transport pilot and five passengers were fatally injured. The airplane was operated by Southeast Aviation, LLC, as a Title 14 Code of Federal Regulations Part 135 on-demand sightseeing flight. On the morning of the accident, an airplane fueler noted that the pilot performed a preflight inspection of the airplane and then asked the fueler to fuel the airplane so that the front tank was full (35 gallons) and the center tank was filled to 20 gallons of fuel. The pilot departed on the first passenger flight of the day about 0752 and returned to the dock about 0921. He again asked the fueler to fill and top off the front tank and fill the center tank to 20 gallons (totaling 55 gallons of fuel). Then, the pilot departed on the second passenger flight of the day, the accident flight, about 0939. The airplane was equipped with a Spidertracks flight tracking system, which provides realtime aircraft flight tracking data. The flight tracking information is transmitted via Iridium satellites to an internet-based storage location, at one-minute intervals. The first part of the flight the airplane flew through the Misty Fjord Monument and landed on Big Goat Lake about 1018. Then at 1027, the airplane departed the lake and was en route to return to Ketchikan Harbor. The last satellite tracking system transmission from the airplane was at 1048; when the airplane was at an altitude of 1,730 ft mean sea level (msl) and on a ground track of 261° true. About 1050, the United States Coast Guard (USCG) Alaska received a 406 Mhz emergency locator transmitter (ELT) signal assigned to the accident airplane. After being notified of an overdue airplane and after learning about reports of an ELT signal along the accident pilot’s anticipated flight route, search and rescue personnel from the U.S. Coast Guard Air Station Sitka and Temsco Helicopters, Inc. began searching for the missing airplane. The airplane was located about 1120 and USCG rescue personnel reached the accident site later that afternoon and confirmed that there were no survivors. The airplane impacted heavily wooded, mountainous terrain about 18 miles northeast of Ketchikan, Alaska, and 1.46 miles from the last satellite tracking system point at an elevation of about 1,750 ft msl. The airplane initially impacted a tree about 435 ft from the main wreckage location, and the outboard section of the left wing was located at the base of the tree. The inboard section of the left wing was located in a tree along the debris path, which had a heading of 242°. All major components of the airplane were located in the vicinity of the main wreckage. The fuselage came to rest on the left side and was impact crushed. The right wing remained attached to the fuselage. The outboard section of the right wing was impact separated but remained attached through a cable. The empennage remained attached to the fuselage and was impact damaged. The rudder and vertical stabilizer remained attached to the empennage, but the vertical stabilizer tip was separated. The left horizontal stabilizer and elevator were impact separated. The right horizontal stabilizer remained attached to the empennage and exhibited leading edge damage. The right elevator was impact separated. The floats were impact separated. The forward section of the left float was impact damaged. Flight control continuity was confirmed from the flight controls in the cockpit to all flight control surfaces. The airplane was equipped with a Pratt & Whitney R-985 series engine. The engine remained attached to the airframe though several of the engine mounts were separated and the engine exhibited damage signatures consistent with impact damage. The oil sump was impact damaged and had a hole in it. Fuel was noted in the line from the firewall to the engine. A detailed engine examination is pending. The airplane was equipped with a 3-blade, controllable pitch propeller. All blades remained attached to the hub. The spinner was removed and exhibited impact damage. The propeller blades exhibited bending and chordwise scratching in several locations. Other pilots who were flying passenger flights on the morning of the accident stated that there were low clouds in the valley in which the accident occurred. Pilots who were assisting with the search and rescue efforts reported that the weather was overcast and the mountain tops were obscured. In addition, the clouds were as low as 600-800 ft overcast above ground level
in some of the valleys, including the valley of the accident location. 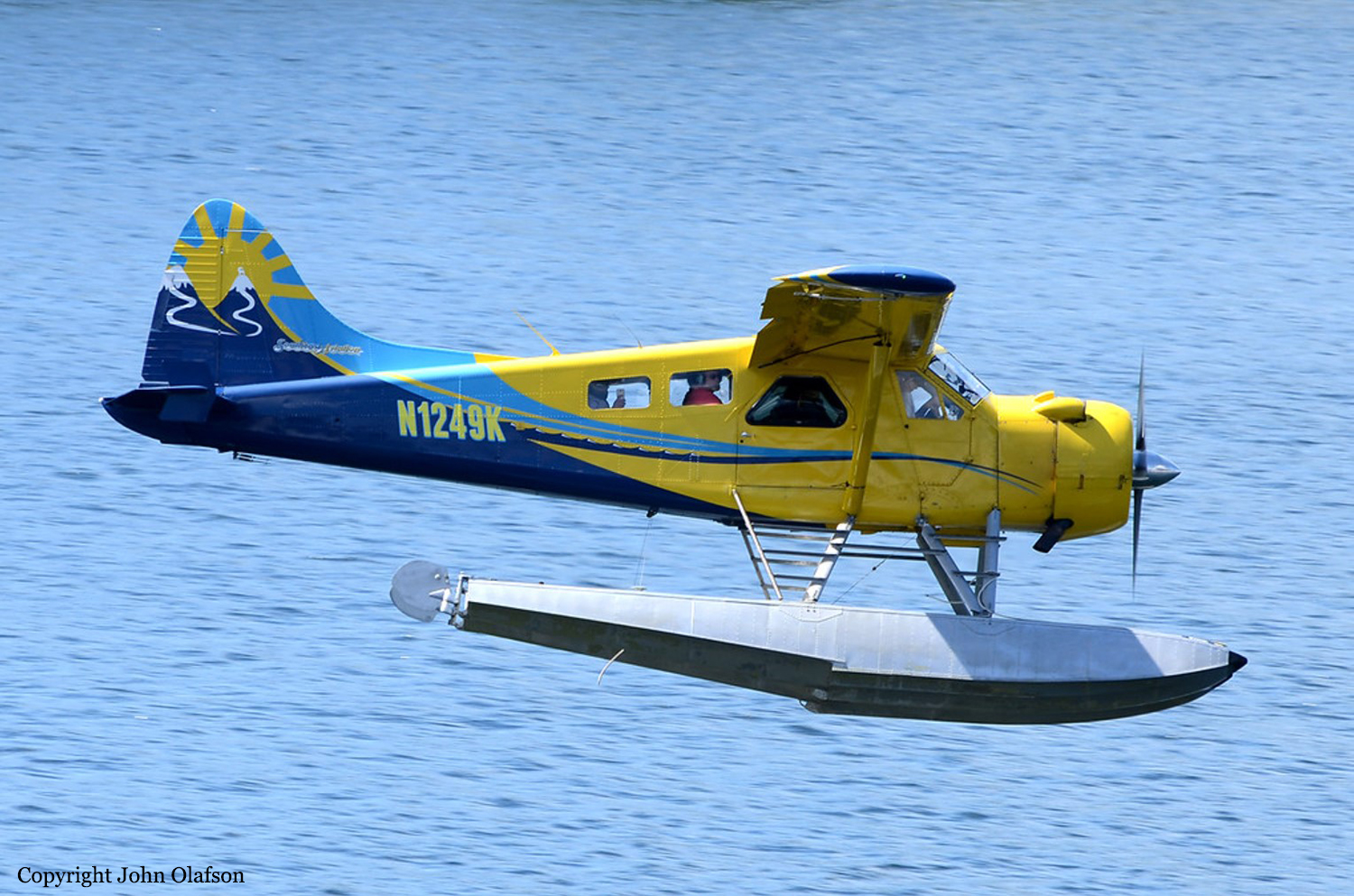 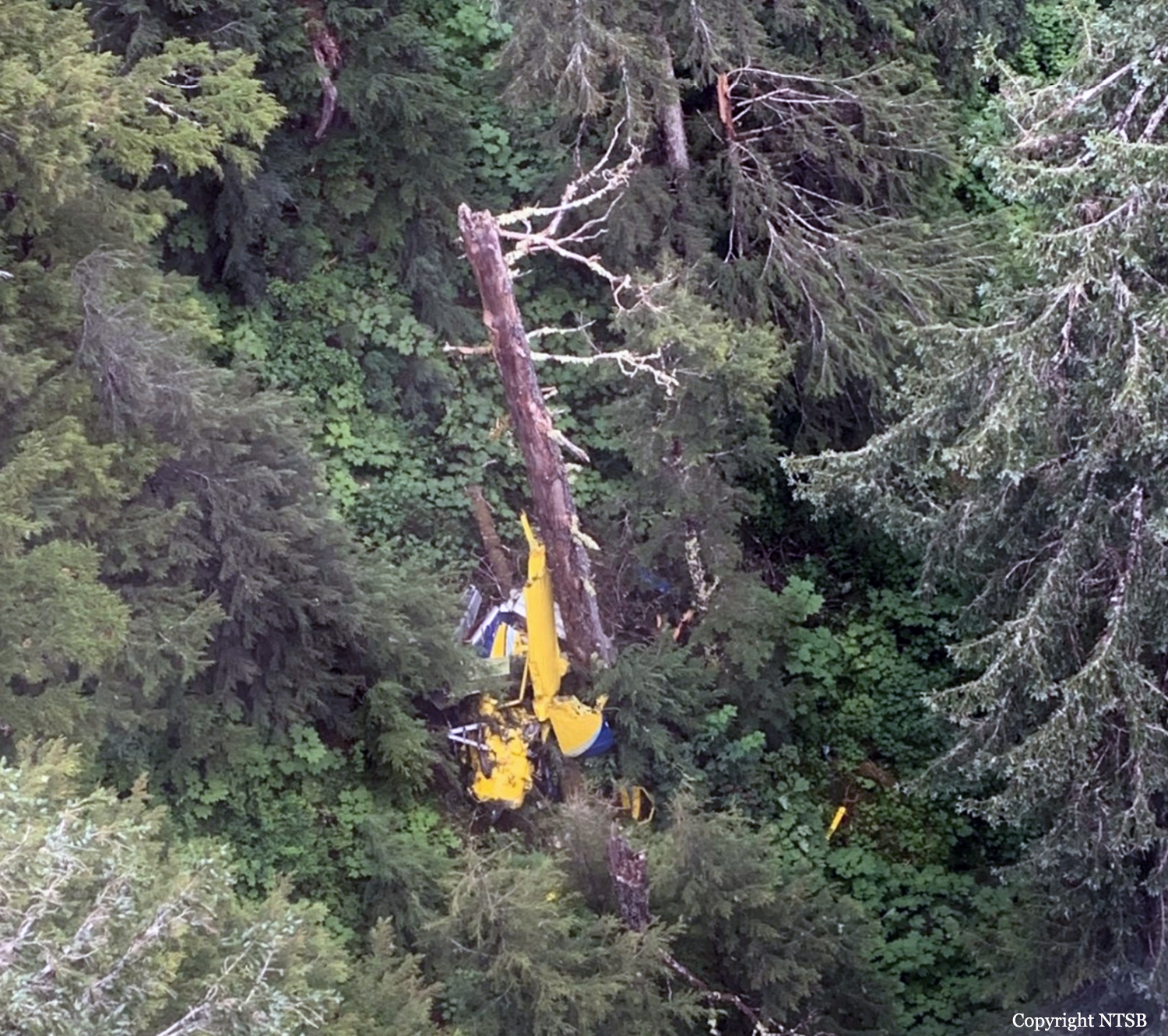