Crash of a Cessna 441 Conquest II in Owesco: 3 killed 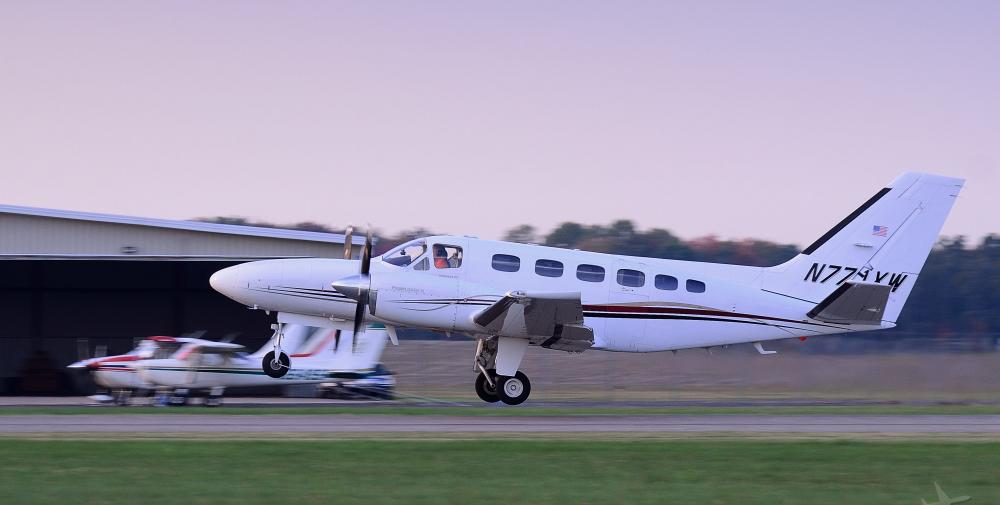 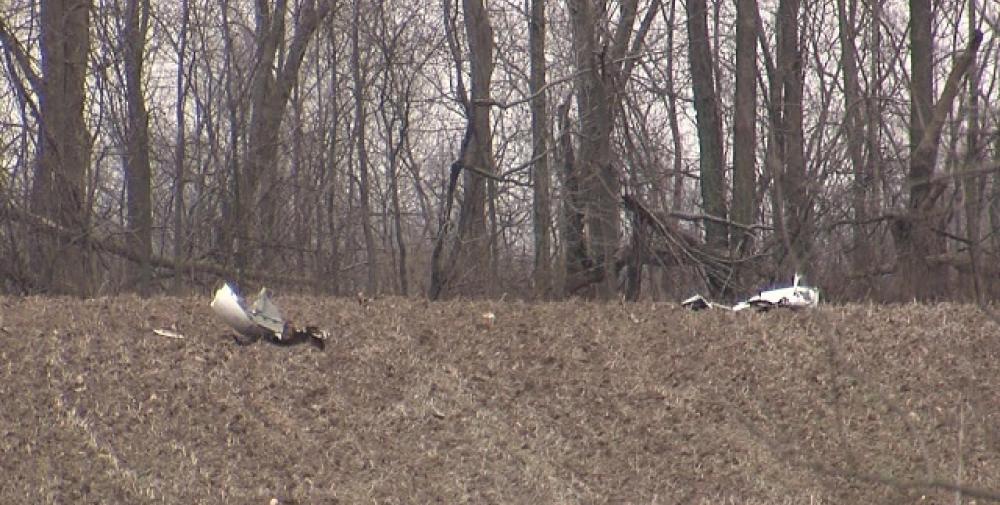 Registration:
N771XW
Flight Phase:
Flight
Flight Type:
Charter/Taxi (Non Scheduled Revenue Flight)
Survivors:
No
Site:
Plain, Valley
Schedule:
Eagle Creek Airpark - Green Bay
MSN:
441-0065
YOM:
1978
Location:
Owasco
Indiana
Country:
United States of America
Region:
North America
Crew on board:
2
Crew fatalities:
2
Pax on board:
1
Pax fatalities:
1
Other fatalities:
0
Total fatalities:
3
Circumstances:
On February 22, 2018, at 1939 eastern standard time, A Cessna 441 Conquest II airplane, N771XW, impacted terrain following a loss of control in Rossville, Indiana. The airline transport rated pilot and two passengers were fatally injured, and the airplane was destroyed. The airplane was registered to and operated by Ponderosa Aviation LLC under the provisions of Title 14 Code of Federal Regulations Part 91 as a business flight. Night instrument meteorological conditions prevailed for the flight, which was operating on an instrument flight plan. The flight originated from the Eagle Creek Airpark (EYE), Indianapolis, Indiana, about 1920, with an intended destination of the Green Bay Austin Straubel International Airport (GRB), Green Bay, Wisconsin. Shortly after takeoff the pilot deviated from the assigned heading and altitude. When questioned by the Indianapolis departure controller, the pilot replied that the airplane was out of control. The pilot then turned the airplane to a heading 90° and explained to the controller that he had a trim problem and difficulty controlling the airplane, but that he had the airplane back to straight and level. The pilot was issued a turn to a heading of 310°, followed by a clearance to climb and maintain 13,000 ft. The pilot was then instructed to contact the Chicago Air Route Traffic Control Center (ZAU). The pilot checked in with ZAU57 sector stating that he was climbing from 10,600 ft to 13,000 ft. The pilot was cleared to climb to FL200 (20,000 ft) followed by a climb to FL230. The pilot was instructed to change frequencies to ZAU46 sector. The pilot then transmitted that he needed a minute to get control of the airplane and that he was having difficulty with the trim. Communication and radar contact was then lost. Several witnesses reported hearing the airplane flying overhead. They all described the airplane as being very loud and that the engine sound was steady up until they heard the impact. The airplane impacted the terrain in a plowed field (upper field) which was soft and muddy. A shallow disruption of the dirt was present which was about 250 ft in length. The impact mark was visible up to the crest of a slight incline where the main pieces of wreckage began. Trees bordered the east end of the field and just beyond the treeline was a tree-covered hill which descended about 50 ft at a slope of about 50°. The trees on the hillside were about 80 to 100 ft tall. At the bottom of the hill was an 8 - 10 ft wide creek. The east bank of the creek was treelined and beyond the trees were to more open fields (lower fields) which were divided by a row of small trees and brush. The wreckage was scattered in the upper field, down the hillside, and into the lower fields. The entire wreckage path was about ¼ mile in length. Recorded weather conditions present 17 miles west of the accident site were overcast at 1,500 ft with 10 miles visibility. The witnesses reported similar conditions in at the accident site. 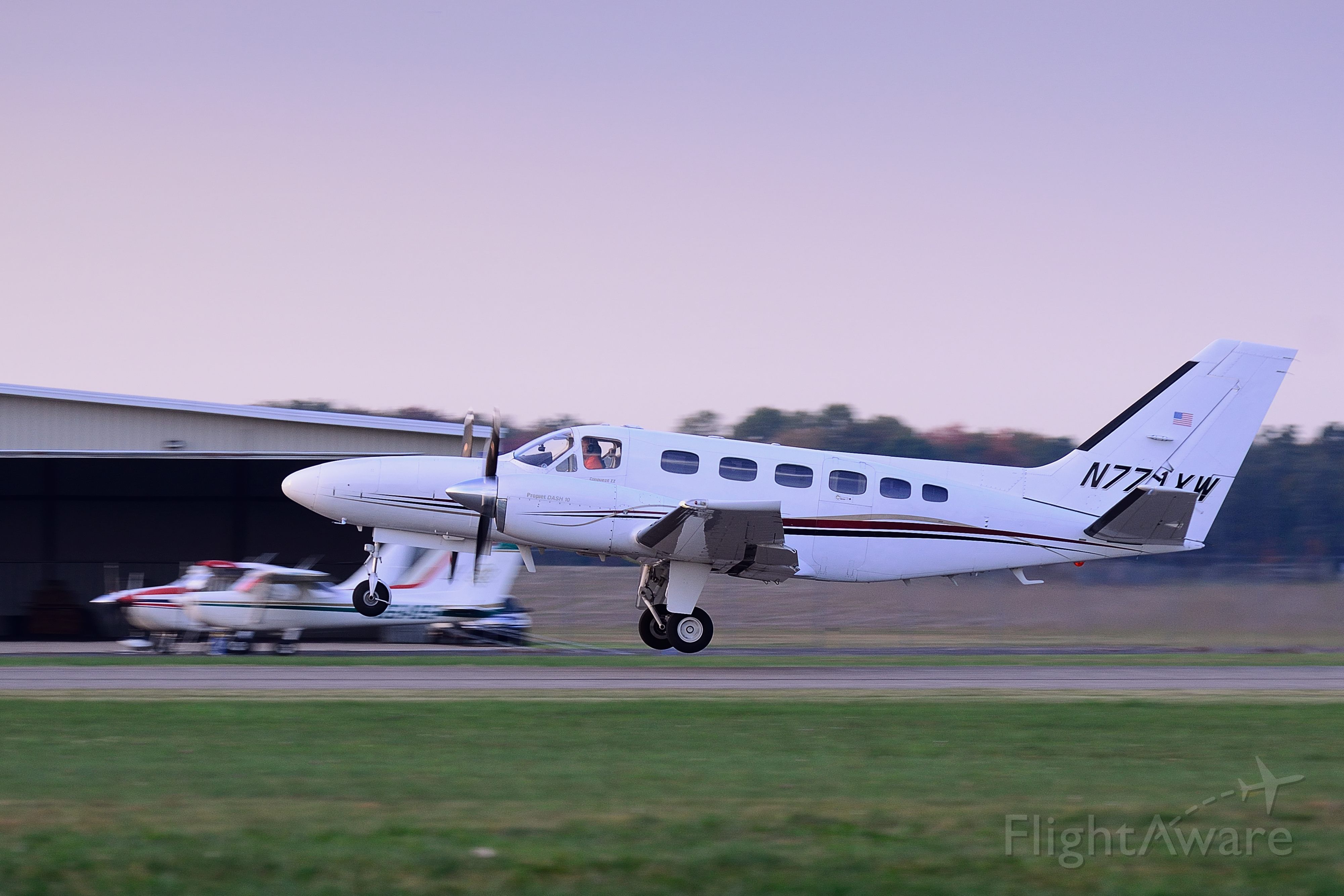 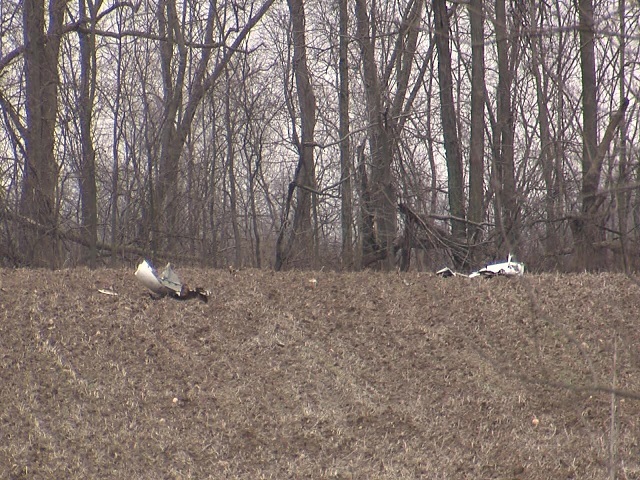