Crash of a Cessna 208B Grand Caravan near Pickle Lake: 1 killed 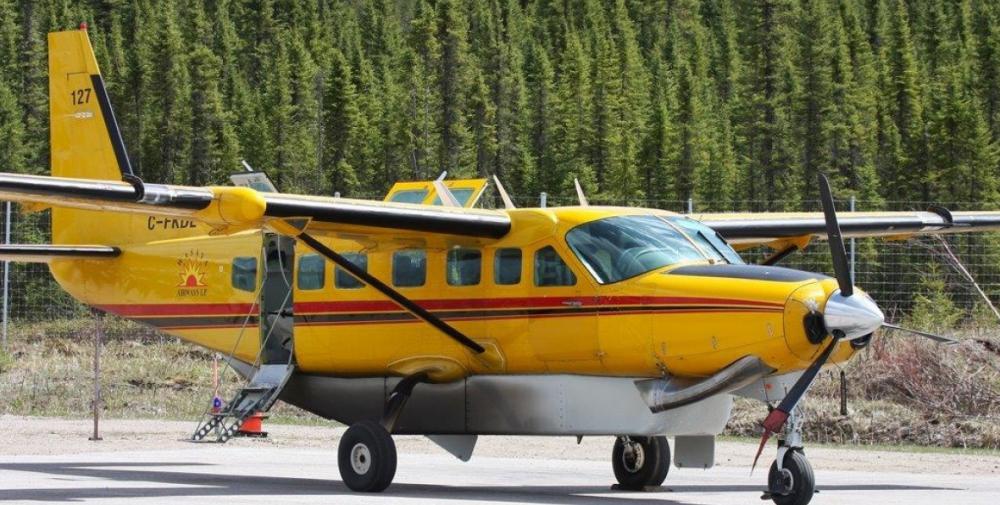 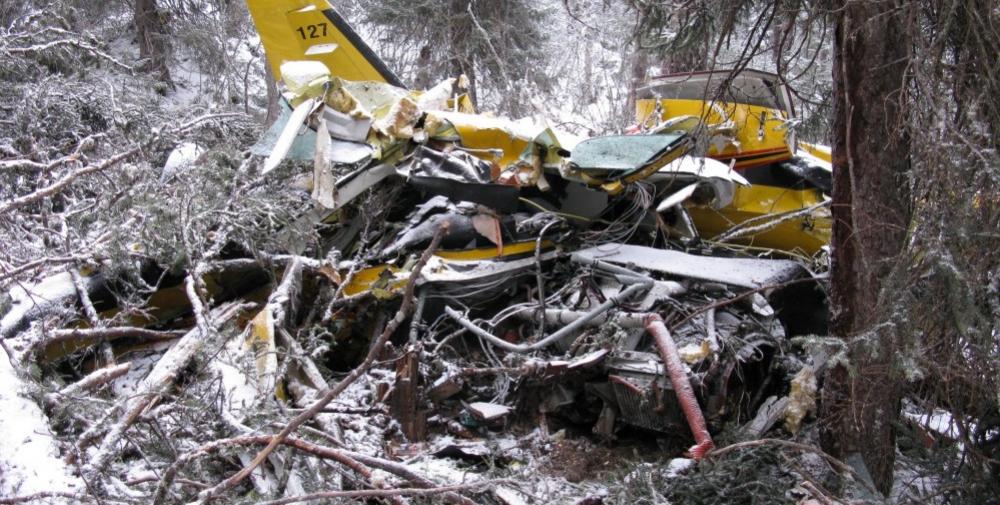 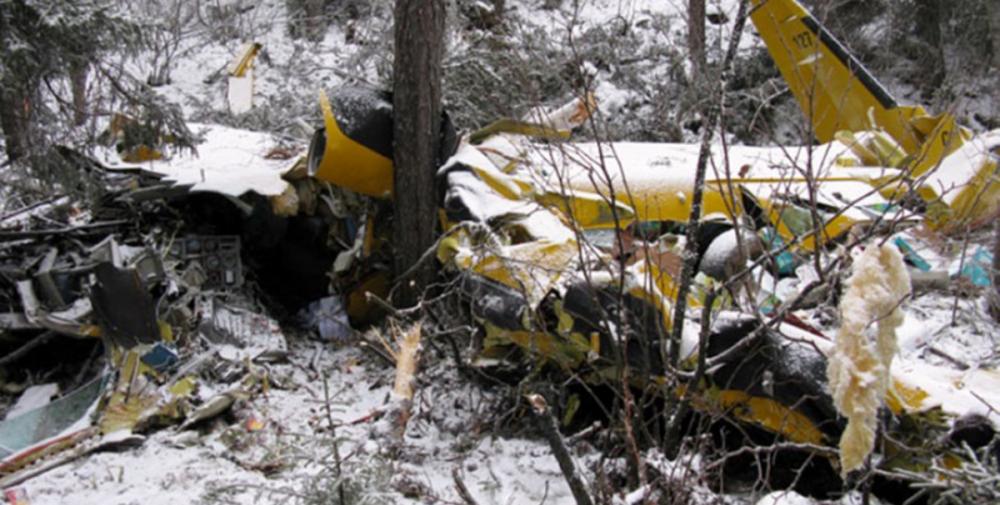 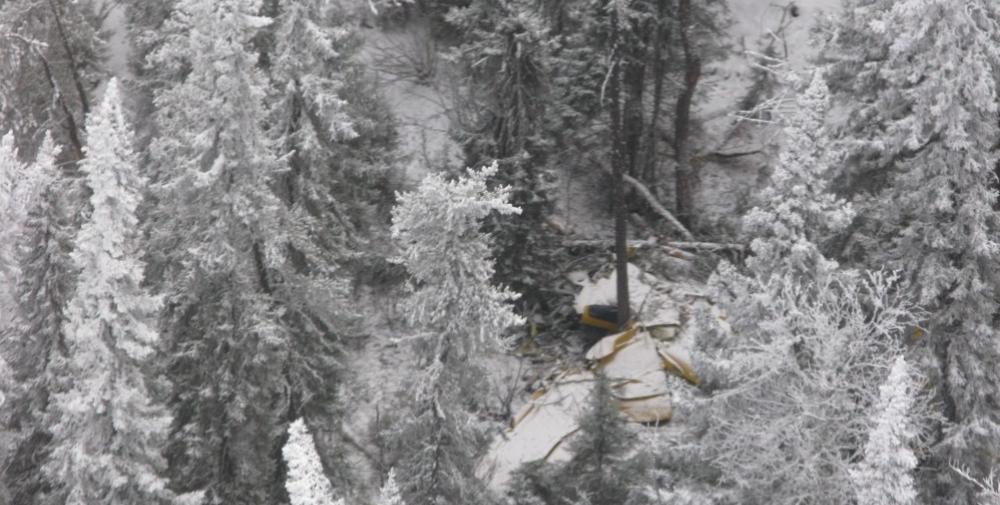 Registration:
C-FKDL
Flight Phase:
Flight
Flight Type:
Cargo
Survivors:
No
Site:
Plain, Valley
Schedule:
Pickle Lake – Angling Lake
MSN:
208B-0240
YOM:
1990
Flight number:
WSG127
Location:
Pickle Lake
Ontario
Country:
Canada
Region:
North America
Crew on board:
1
Crew fatalities:
1
Pax on board:
0
Pax fatalities:
0
Other fatalities:
0
Total fatalities:
1
Captain / Total flying hours:
2990
Captain / Total hours on type:
245
Aircraft flight hours:
36073
Aircraft flight cycles:
58324
Circumstances:
On 11 December 2015, the pilot of Wasaya Airways Limited Partnership (Wasaya) flight 127 (WSG127) reported for duty at the Wasaya hangar at Pickle Lake Airport (CYPL), Ontario, at about 0815. The air taxi flight was to be the first of 3 cargo trips in the Cessna 208B Caravan (registration C-FKDL, serial number 208B0240) planned from CYPL to Angling Lake / Wapekeka Airport (CKB6), Ontario. The first flight was planned to depart at 0900. The pilot went to the Wasaya apron and conducted a pre-flight inspection of C-FKDL while a ground crew was loading cargo. A Wasaya aircraft fuel-handling technician confirmed with the pilot that the planned fuel load was 600 pounds per wing of Jet A fuel. After completing the fueling, the technician used the cockpit fuel-quantity indicators to verify that the distribution was 600 pounds per wing. The pilot returned to the hangar and received a briefing from the station manager regarding the planned flights. The pilot was advised that the first officer assigned to the flight had been reassigned to other duties in order to increase the aircraft’s available payload and load a snowmobile on board. The pilot completed and signed a Wasaya flight dispatch clearance (FDC) form for WSG127, and filed a copy of it, along with the flight cargo manifests, in the designated location in the company operations room. The FDC for WSG127 showed that the flight was planned to be conducted under visual flight rules (VFR), under company flight-following, at an altitude of 5500 feet above sea level (ASL). Time en route was calculated to be 66 minutes, with fuel consumption of 413 pounds. The pilot returned to the aircraft on the apron. Loading and fueling were complete, and the pilot conducted a final walk-around inspection of C-FKDL. Before entering the cockpit, the pilot conducted an inspection of the upper wing surface. At 0854, the pilot started the engine of C-FKDL and conducted ground checks for several minutes. At 0858, the pilot advised on the mandatory frequency (MF), 122.2 megahertz (MHz), that WSG127 was taxiing for departure from Runway 09 at CYPL. WSG127 departed from Runway 09 at 0900, and, at 0901, the pilot reported on the MF that the flight was airborne. The flight climbed eastward for several miles and then turned left toward the track to CKB6. At about 3000 feet ASL, WSG127 briefly descended about 100 feet over 10 seconds, and then resumed climbing. At 0905, the pilot reported on the MF that WSG127 was clear of the MF zone. WSG127 intercepted the track to CKB6 and climbed northward until the flight reached a peak altitude of about 4600 feet ASL at 0908:41, and then began descending at 0908:46. At 0909:16, the flight made a sharp right turn of about 120° as it descended through about 4000 feet ASL. At 0909:39, the descent ended at about 2800 feet and the aircraft climbed to about 3000 feet ASL before again beginning to descend. At approximately 0910, WSG127 collided with trees and terrain at an elevation of 1460 feet ASL during daylight hours.
Probable cause:
Findings as to causes and contributing factors:
1. Although the aircraft was prohibited from flying in known or forecast icing conditions, Wasaya Airways Limited Partnership (Wasaya) flight 127 (WSG127) was dispatched into forecast icing conditions.
2. The high take-off weight of WSG127 increased the severity of degraded performance when the flight encountered icing conditions.
3. The pilot of WSG127 continued the flight in icing conditions for about 6 minutes, resulting in progressively degraded performance.
4. WSG127 experienced substantially degraded aircraft performance as a result of ice accumulation, resulting in aerodynamic stall, loss of control, and collision with terrain.
5. The Type C pilot self-dispatch procedures and practices in use at Wasaya at the time of the occurrence did not ensure that operational risk was managed to an acceptable level.
6. Wasaya had not implemented all of the mitigation strategies from its January 2015 risk assessment of Cessna 208B operations in known or forecast icing conditions, and the company remained exposed to some unmitigated hazards that had been identified in the risk assessment.
7. There was a company norm of dispatching Cessna 208B flights into forecast icing conditions, although 4 of Wasaya’s 5 Cessna 208B aircraft were prohibited from operating in these conditions.

Other findings:
1. Wasaya’s use of a satellite aircraft flight-following system provided early warning of WSG127’s abnormal status and an accurate last known position for search-and-rescue operations.
2. The investigation could not determine whether the autopilot had been used by the pilot of WSG127 at any time during the flight.
Final Report:
C-FKDL.pdf3.57 MB 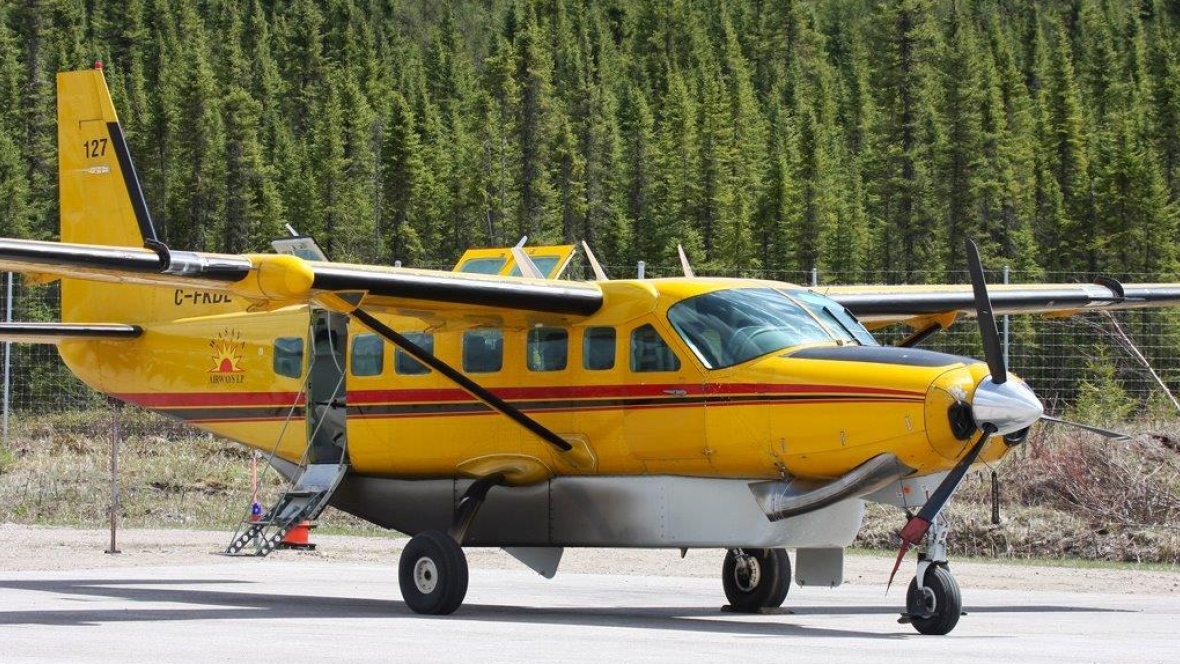 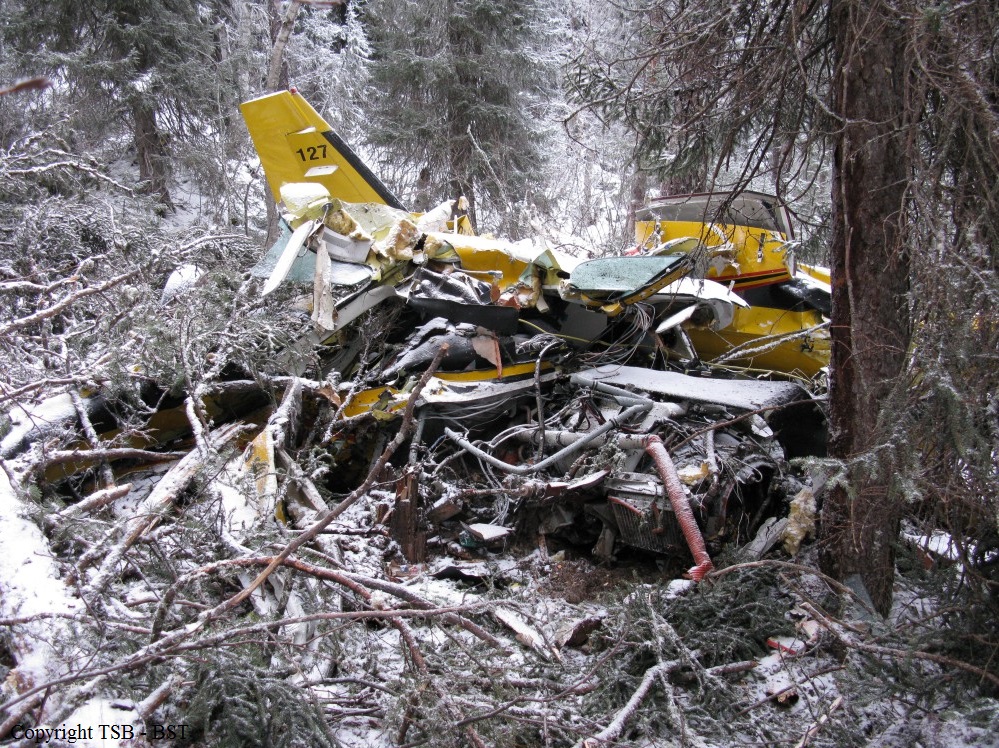 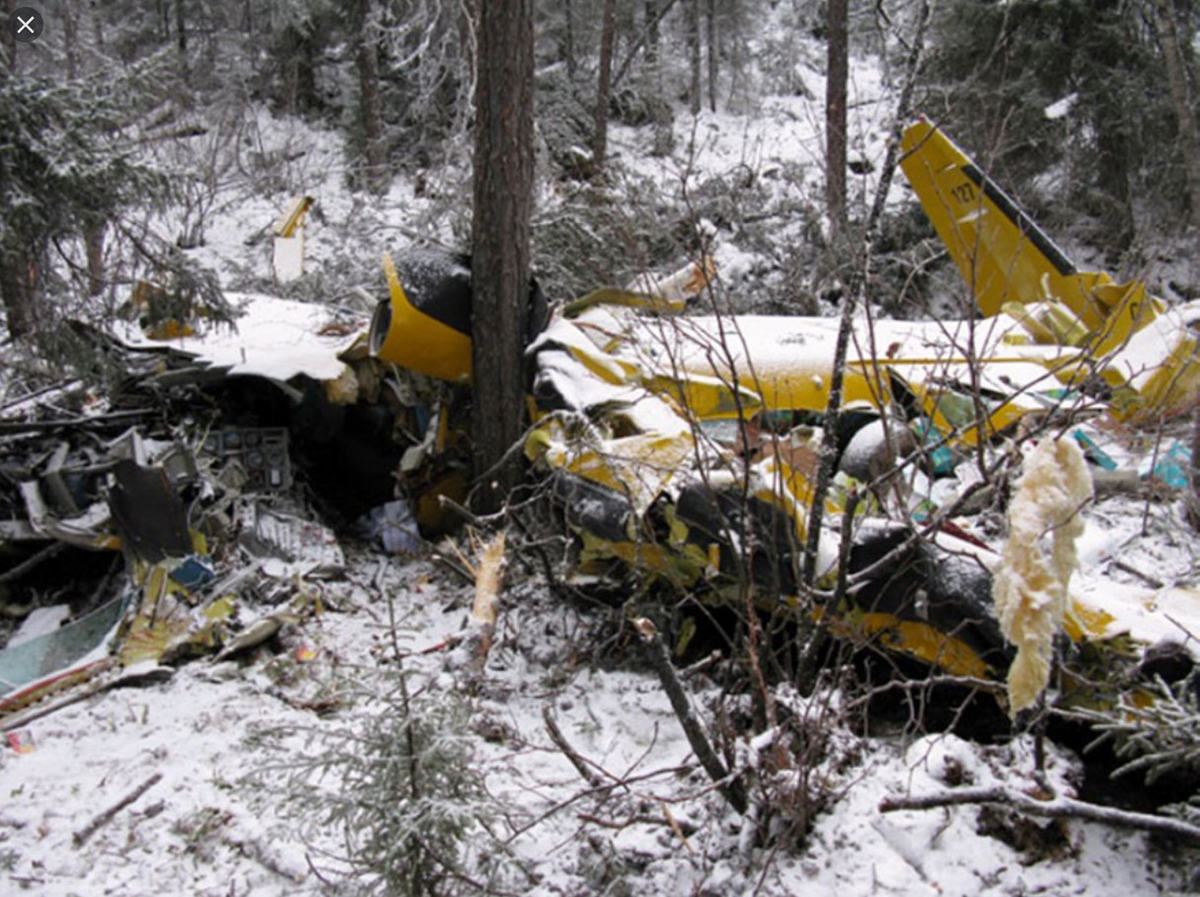 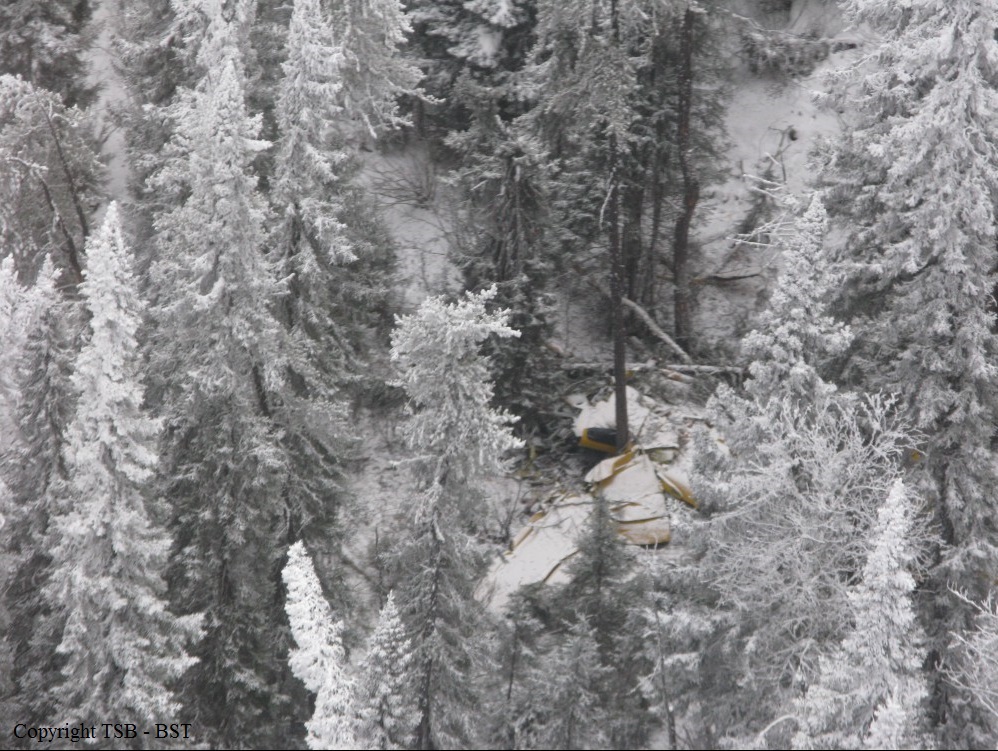