Crash of a Gulfstream GIV in Bedford: 7 killed 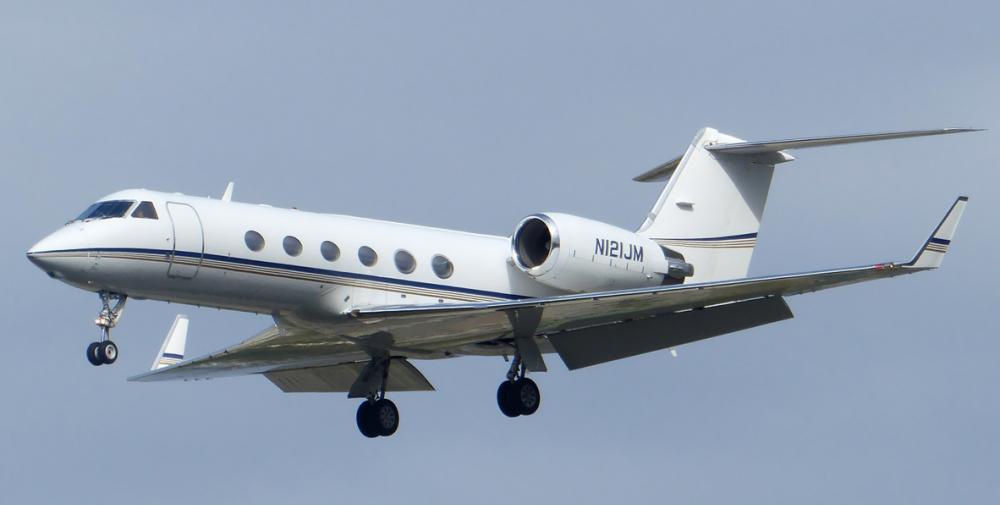 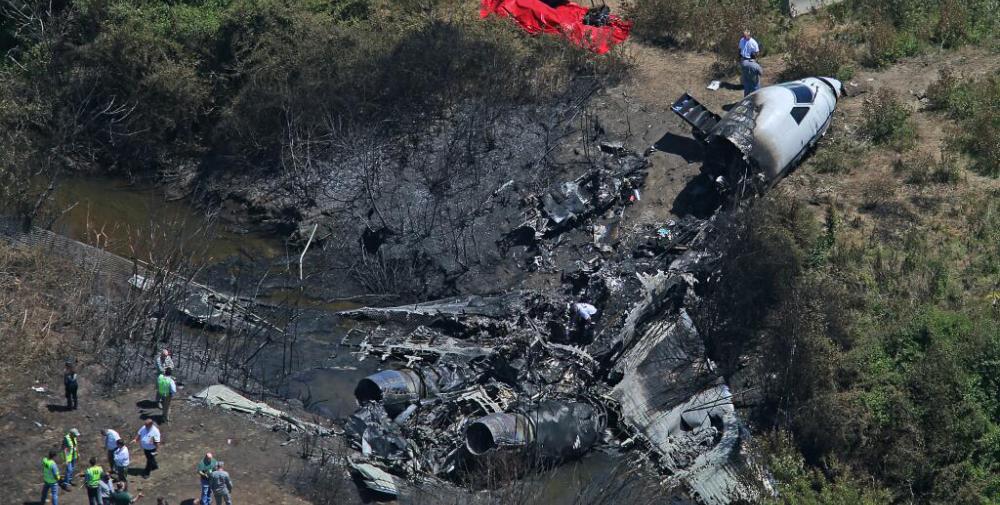 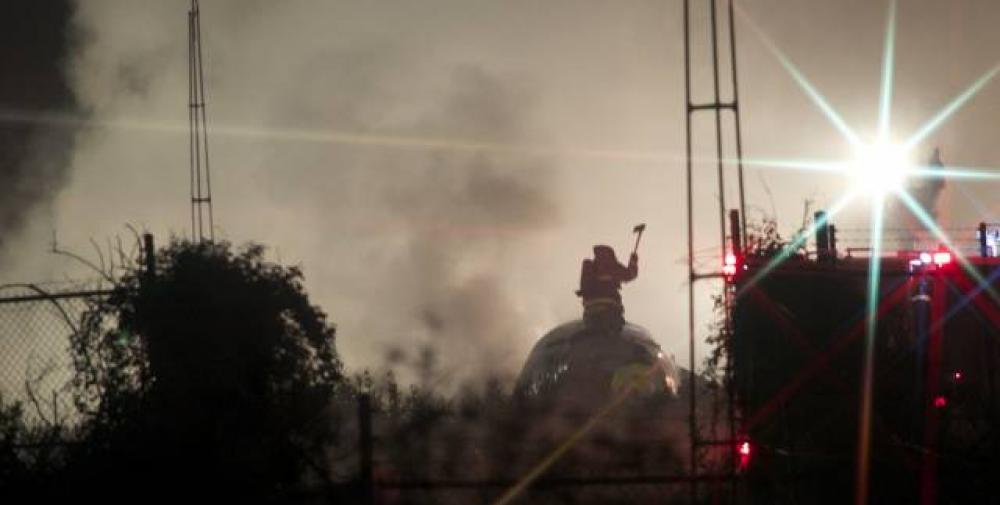 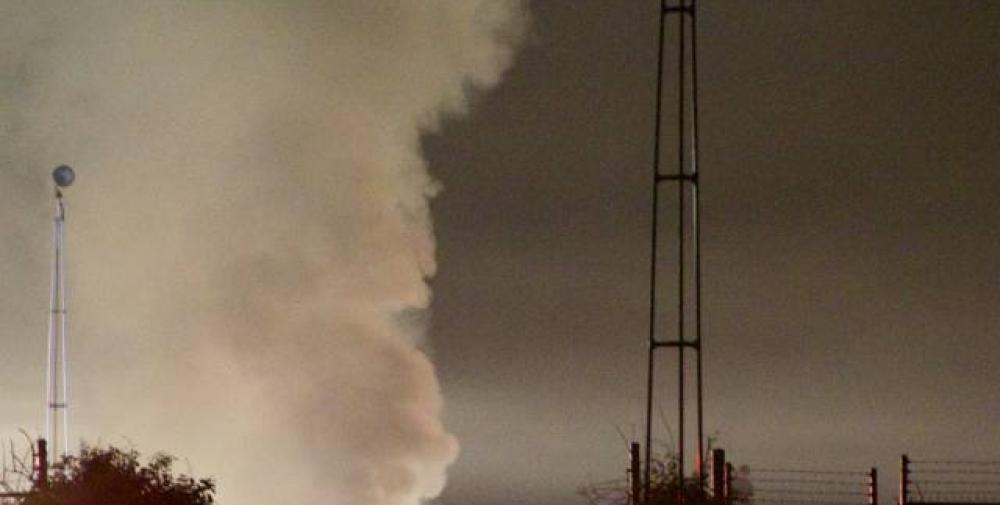 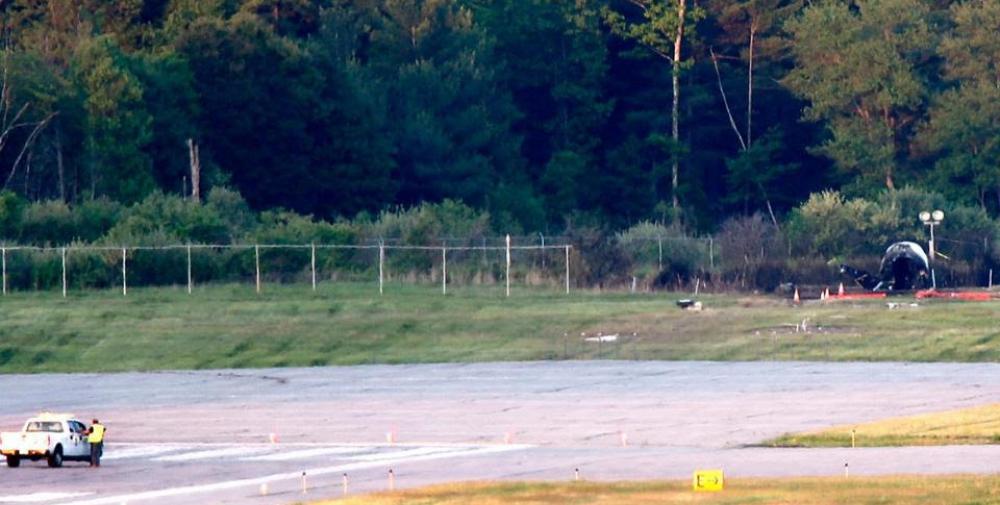 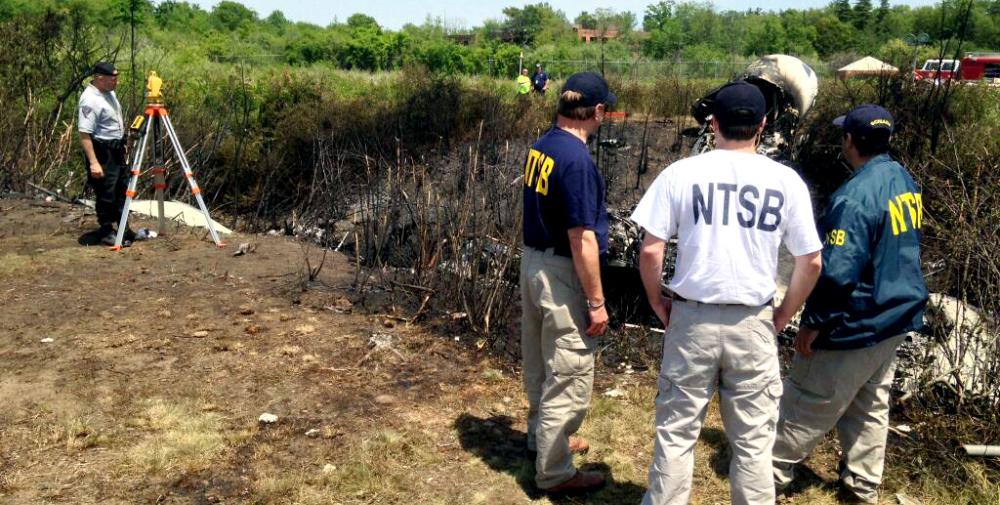 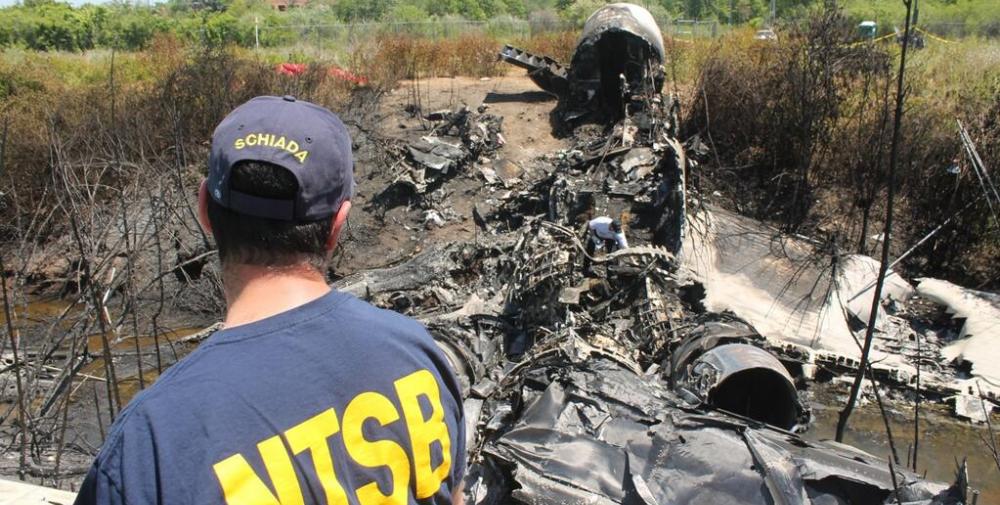 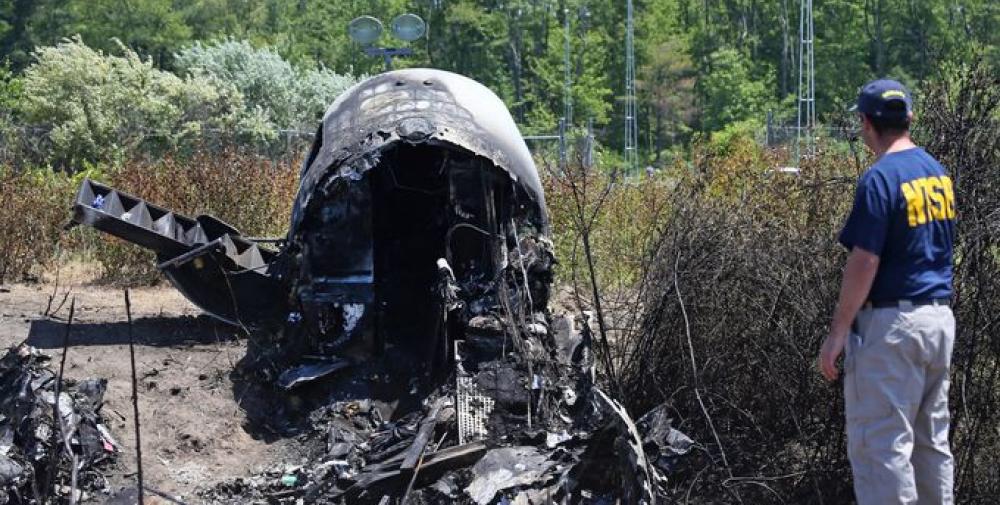 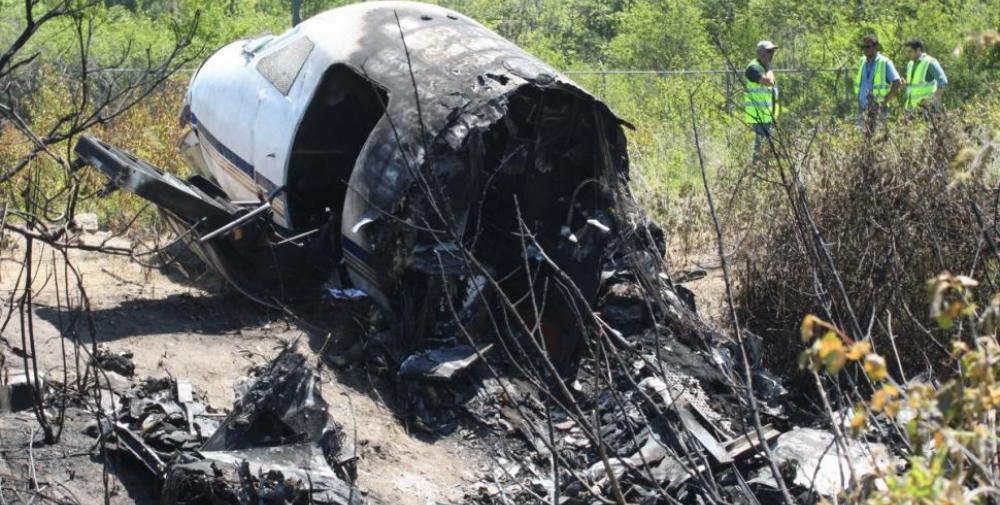 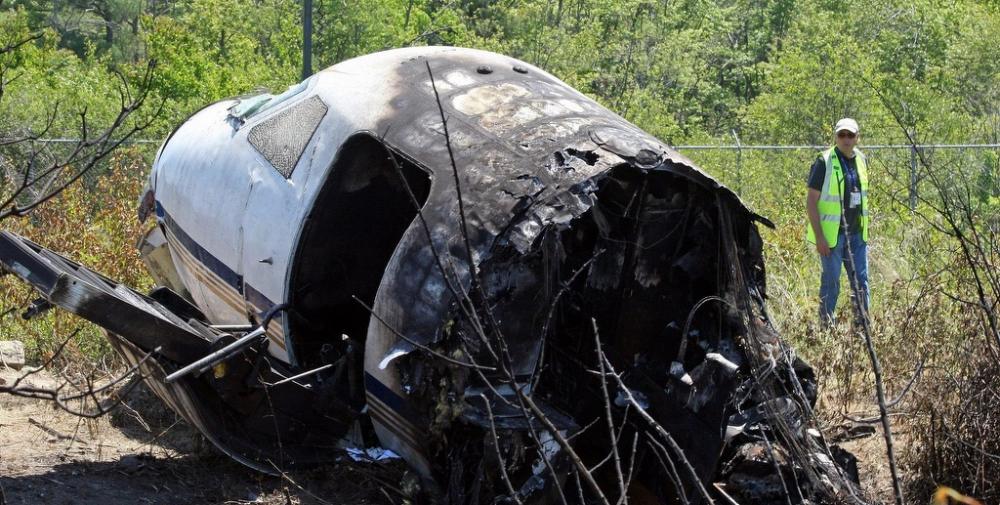 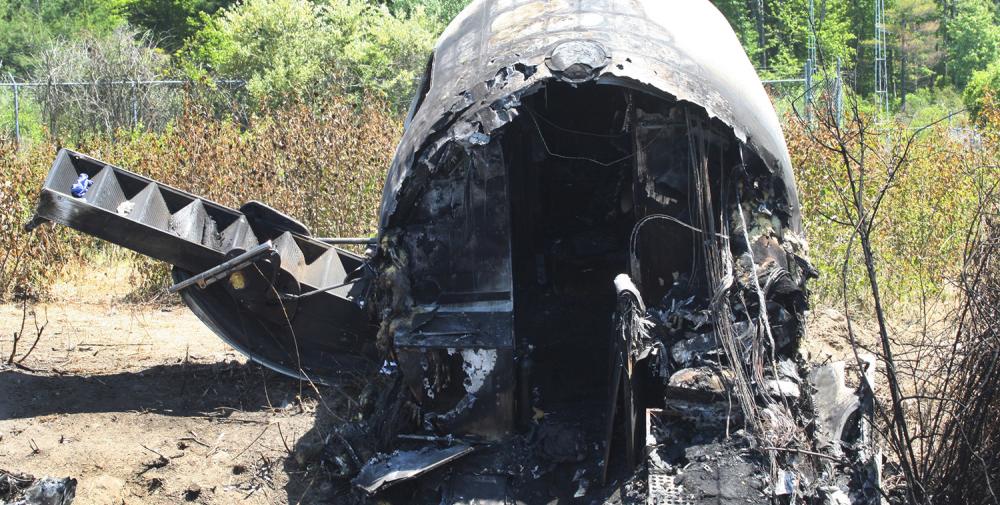 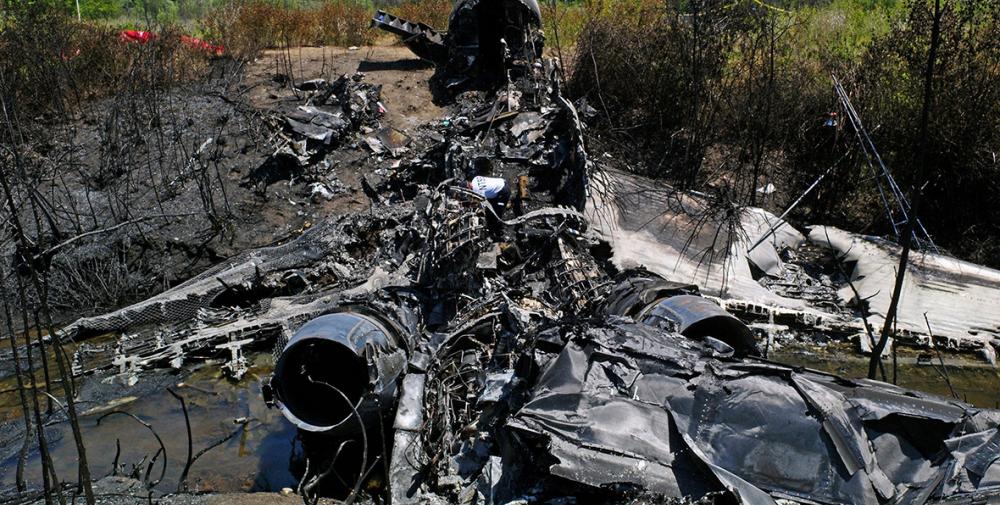 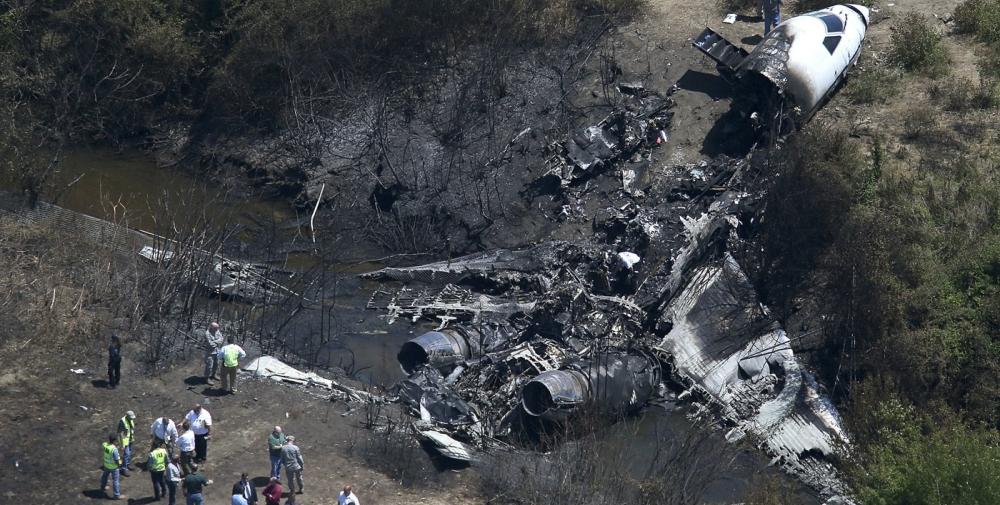 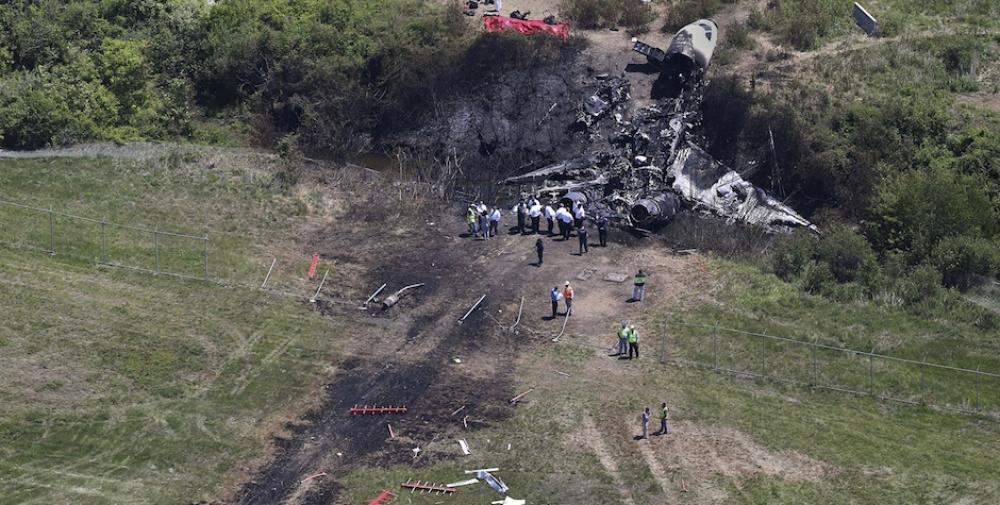 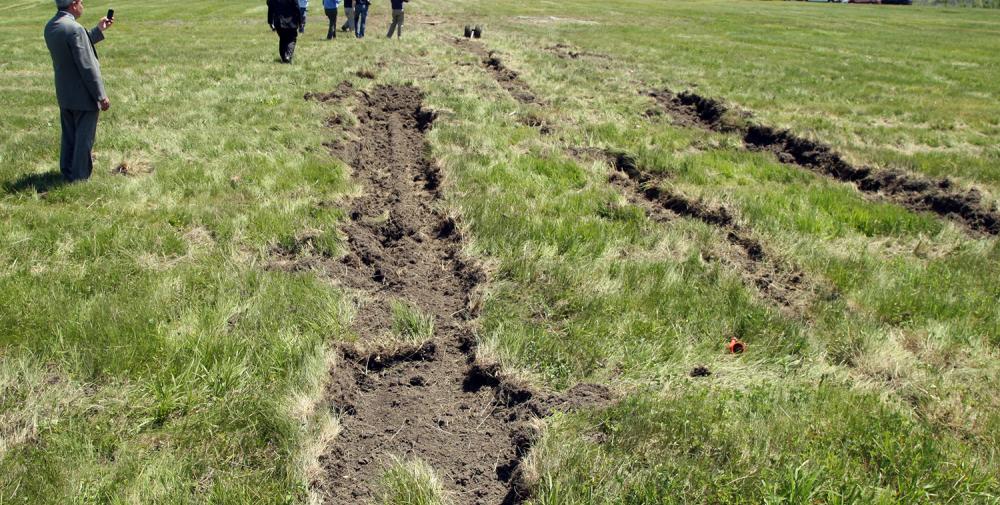 Type of aircraft:
Gulfstream GIV
Operator:
SK Travel
Registration:
N121JM
Flight Phase:
Takeoff (climb)
Flight Type:
Executive
Survivors:
No
Site:
Airport (less than 10 km from airport)
Schedule:
Bedford – Atlantic City
MSN:
1399
YOM:
2000
Location:
Bedford-Laurence G. Hanscom Field
Massachusetts
Country:
United States of America
Region:
North America
Crew on board:
3
Crew fatalities:
3
Pax on board:
4
Pax fatalities:
4
Other fatalities:
0
Total fatalities:
7
Captain / Total flying hours:
11250
Captain / Total hours on type:
1400
Copilot / Total flying hours:
18200
Copilot / Total hours on type:
2800
Aircraft flight hours:
4945
Aircraft flight cycles:
2745
Circumstances:
The aircraft crashed after it overran the end of runway 11 during a rejected takeoff at Laurence G. Hanscom Field (BED), Bedford, Massachusetts. The airplane rolled through the paved overrun area and across a grassy area, collided with approach lights and a localizer antenna, passed through the airport’s perimeter fence, and came to a stop in a ravine. The two pilots, a flight attendant, and four passengers died. The airplane was destroyed by impact forces and a postcrash fire. The corporate flight, which was destined for Atlantic City International Airport, Atlantic City, New Jersey, was conducted under the provisions of 14 Code of Federal Regulations (CFR) Part 91. An instrument flight rules flight plan was filed. Night visual meteorological conditions prevailed at the time of the accident. During the engine start process, the flight crew neglected to disengage the airplane’s gust lock system, which locks the elevator, ailerons, and rudder while the airplane is parked to protect them against wind gust loads. Further, before initiating takeoff, the pilots neglected to perform a flight control check that would have alerted them of the locked flight controls. A review of data from the airplane’s quick access recorder revealed that the pilots had neglected to perform complete flight control checks before 98% of their previous 175 takeoffs in the airplane, indicating that this oversight was habitual and not an anomaly. A mechanical interlock between the gust lock handle and the throttle levers restricts the movement of the throttle levers when the gust lock handle is in the ON position. According to Gulfstream, the interlock mechanism was intended to limit throttle lever movement to a throttle lever angle (TLA) of no greater than 6° during operation with the gust lock on. However, postaccident testing on nine in-service G-IV airplanes found that, with the gust lock handle in the ON position, the forward throttle lever movement that could be achieved on the G-IV was 3 to 4 times greater than the intended TLA of 6°. During takeoff, the pilot-in-command (PIC) manually advanced the throttle levers, but the engine pressure ratio (EPR) did not reach the expected level due to the throttles contacting the gust lock/throttle lever interlock. The PIC did not immediately reject the takeoff; instead, he engaged the autothrottle, and the throttle levers moved slightly forward, which allowed the engines to attain an EPR value that approached (but never reached) the target setting. As the takeoff roll continued, the second-in-command made the standard takeoff speed callouts as the airplane successively reached 80 knots, the takeoff safety speed, and the rotation speed. When the PIC attempted to rotate the airplane, he discovered that he could not move the control yoke and began calling out “(steer) lock is on.” At this point, the PIC clearly understood that the controls were locked but still did not immediately initiate a rejected takeoff. If the flight crew had initiated a rejected takeoff at the time of the PIC’s first “lock is on” comment or at any time up until about 11 seconds after this comment, the airplane could have been stopped on the paved surface. However, the flight crew delayed applying brakes for about 10 seconds and further delayed reducing power by 4 seconds; therefore, the rejected takeoff was not initiated until the accident was unavoidable.
Probable cause:
The NTSB determines that the probable cause of this accident was the flight crewmembers’ failure to perform the flight control check before takeoff, their attempt to take off with the gust lock system engaged, and their delayed execution of a rejected takeoff after they became aware that the controls were locked. Contributing to the accident were the flight crew’s habitual noncompliance with checklists, Gulfstream Aerospace Corporation’s failure to ensure that the G-IV gust lock/throttle lever interlock system would prevent an attempted takeoff with the gust lock engaged, and the Federal Aviation Administration’s failure to detect this inadequacy during the G-IV’s certification.
Final Report:
N121JM.pdf1.76 MB 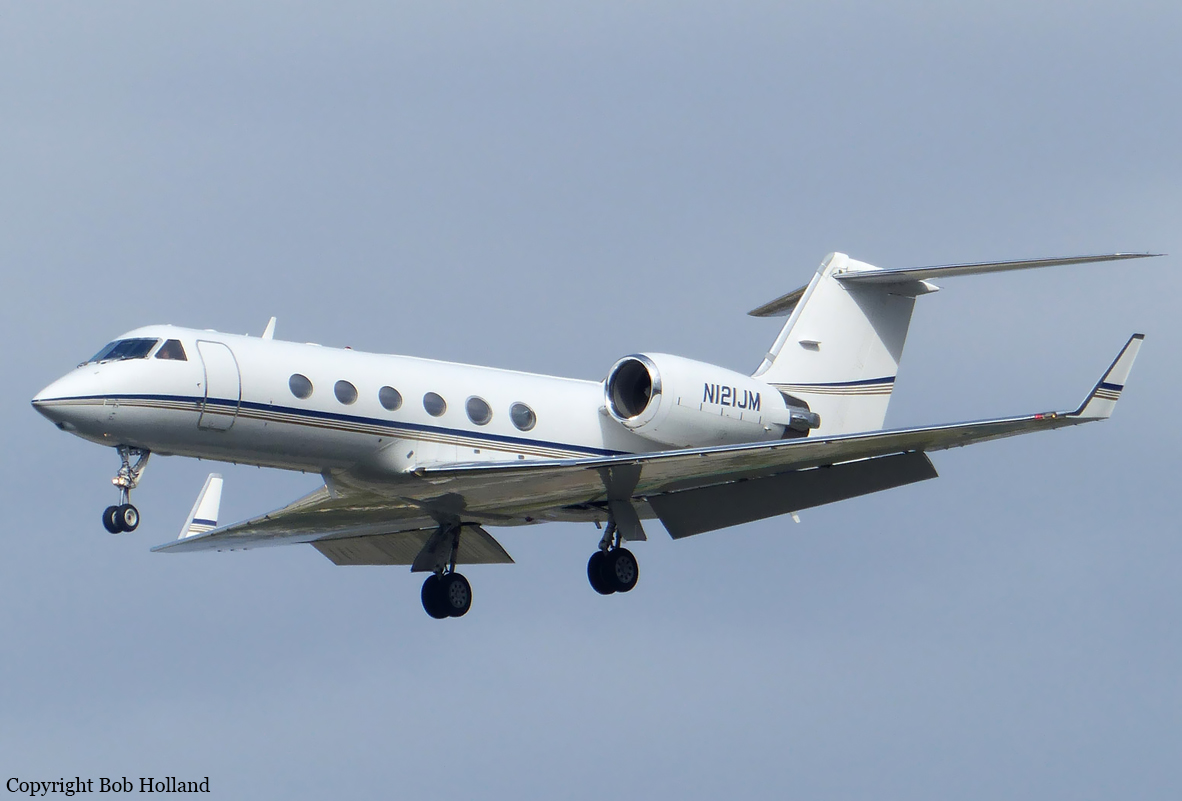 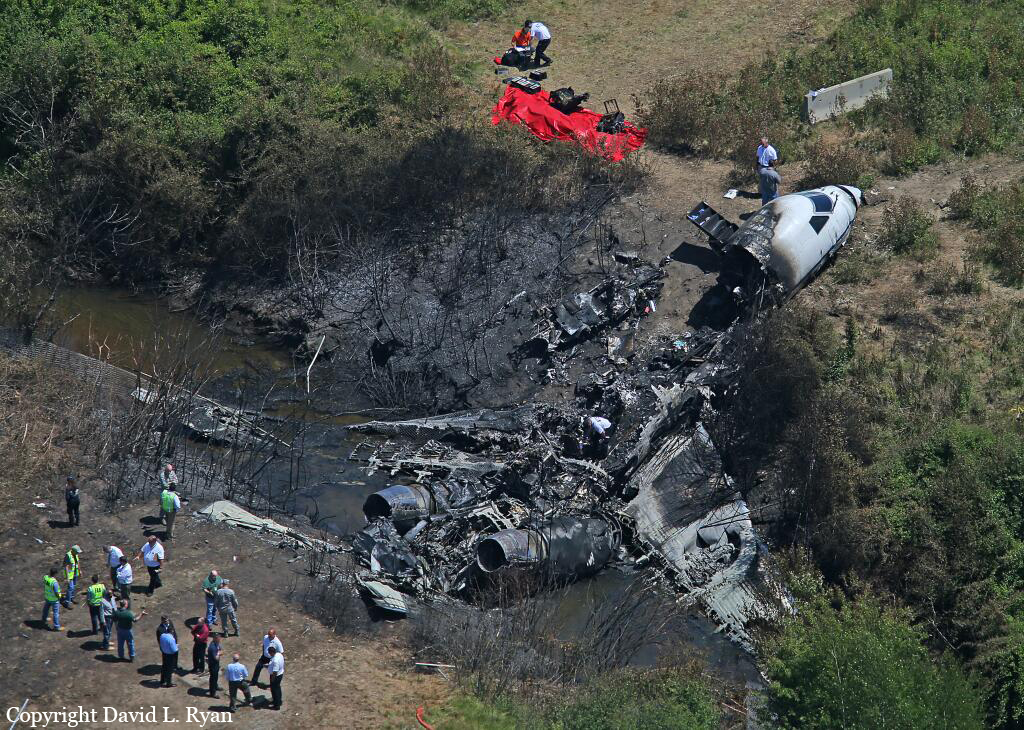 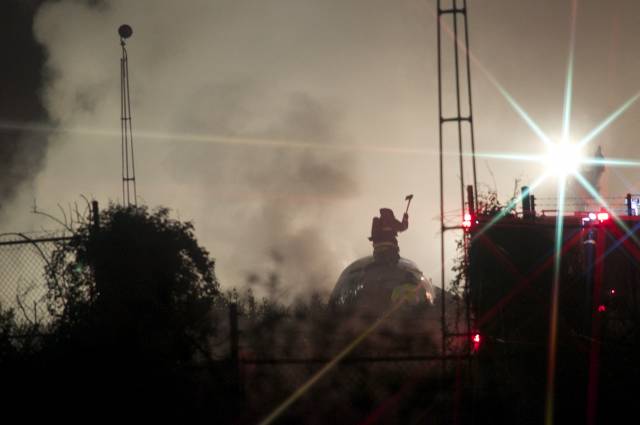 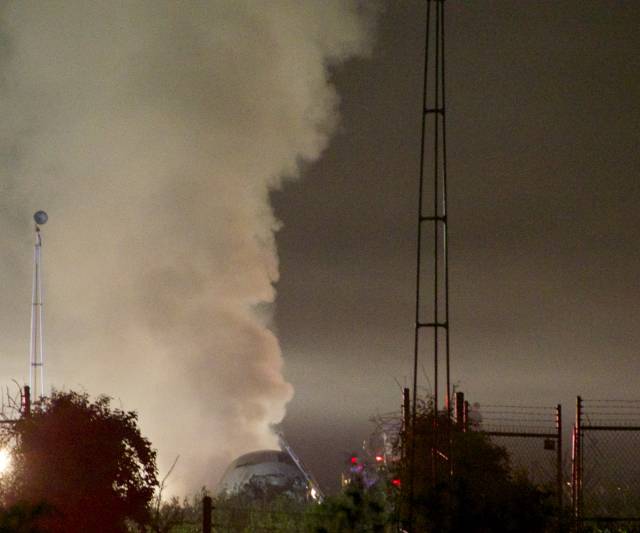 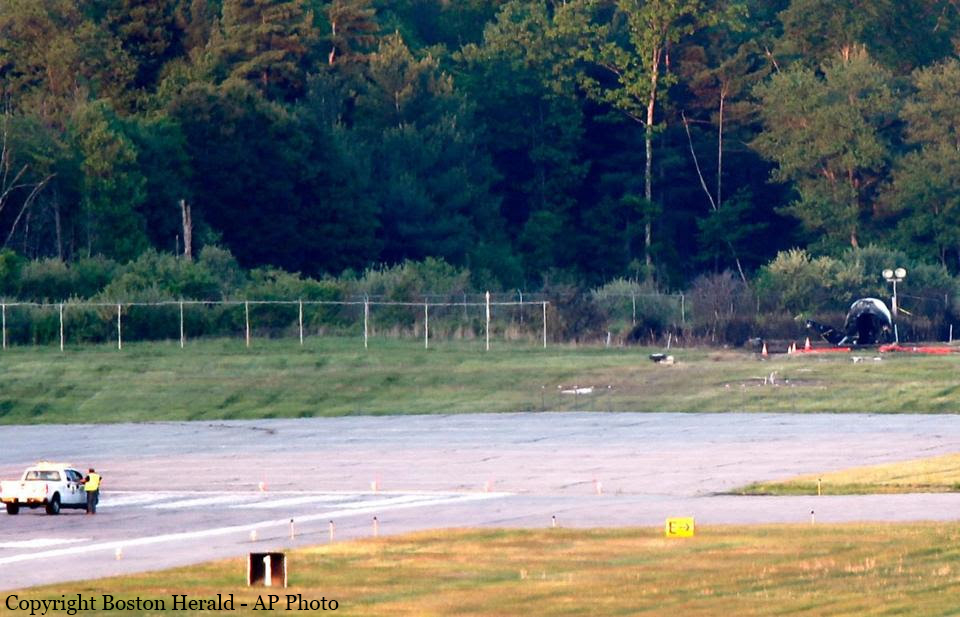 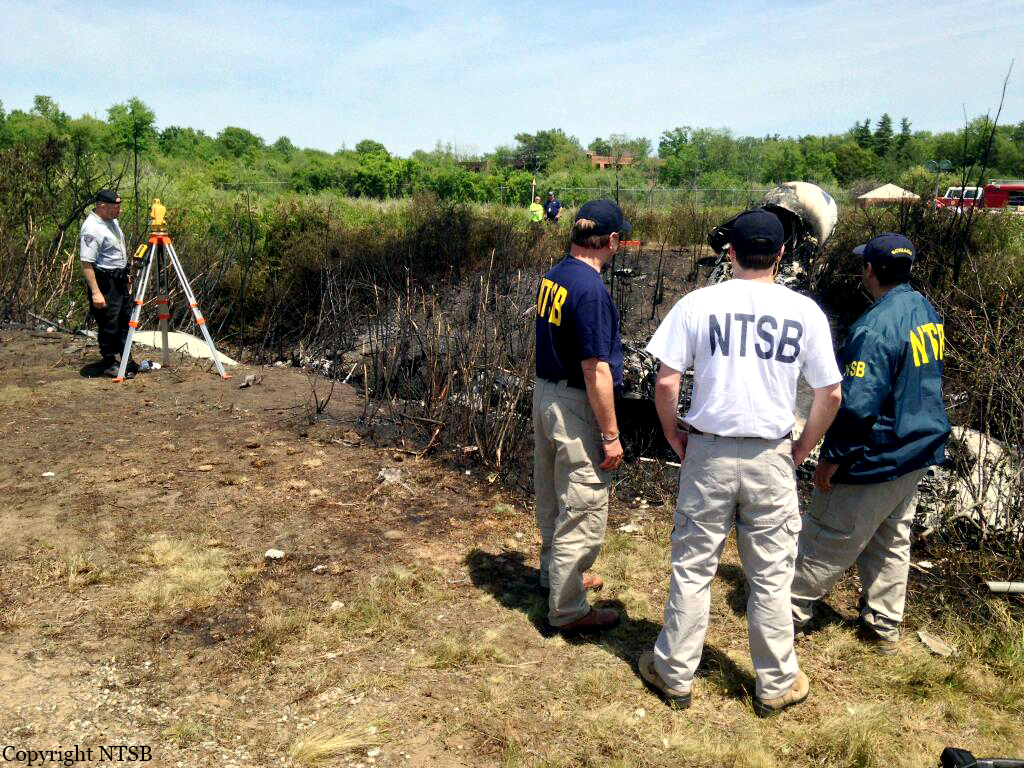 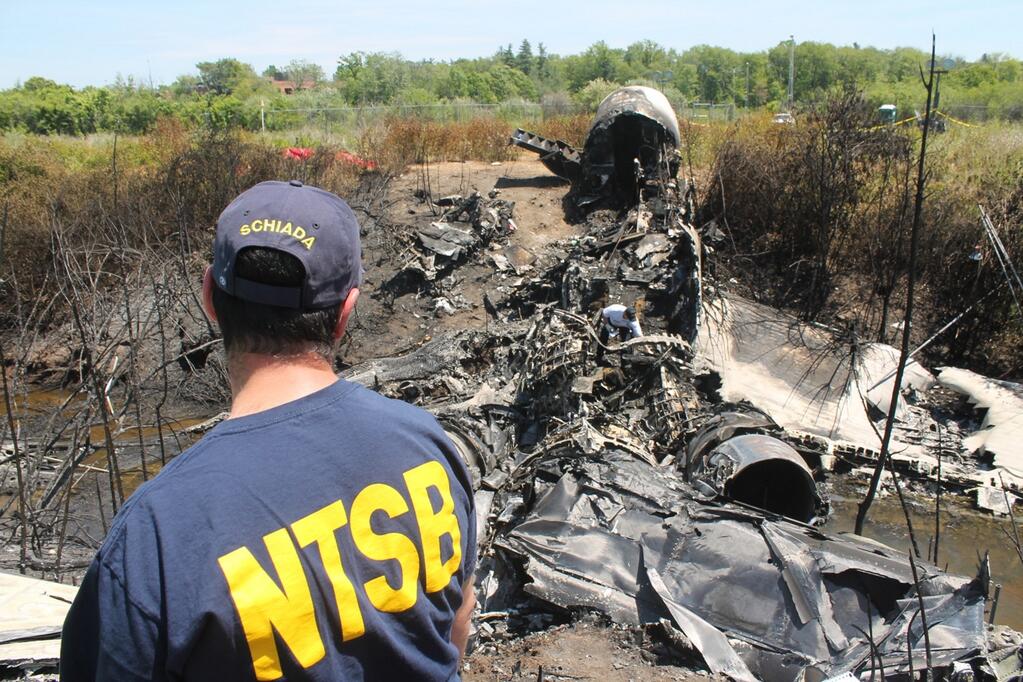 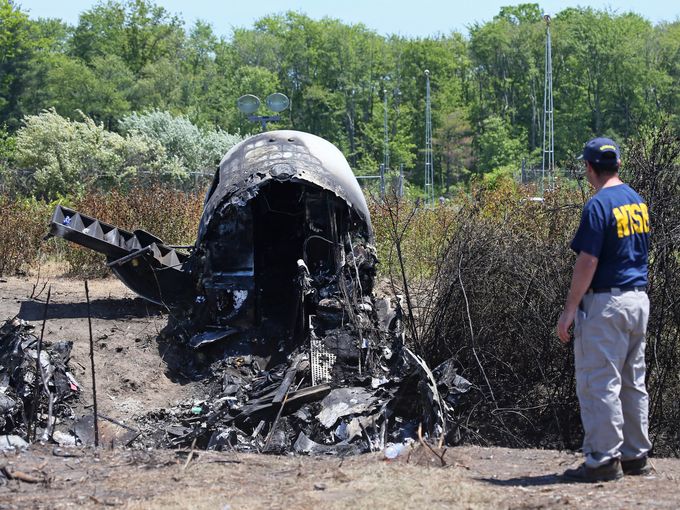 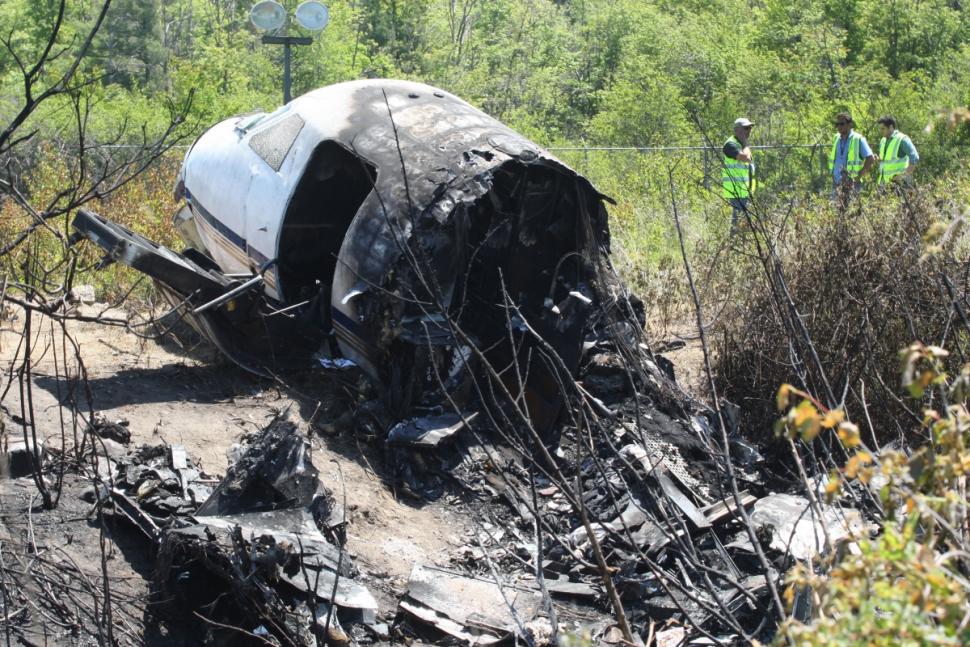 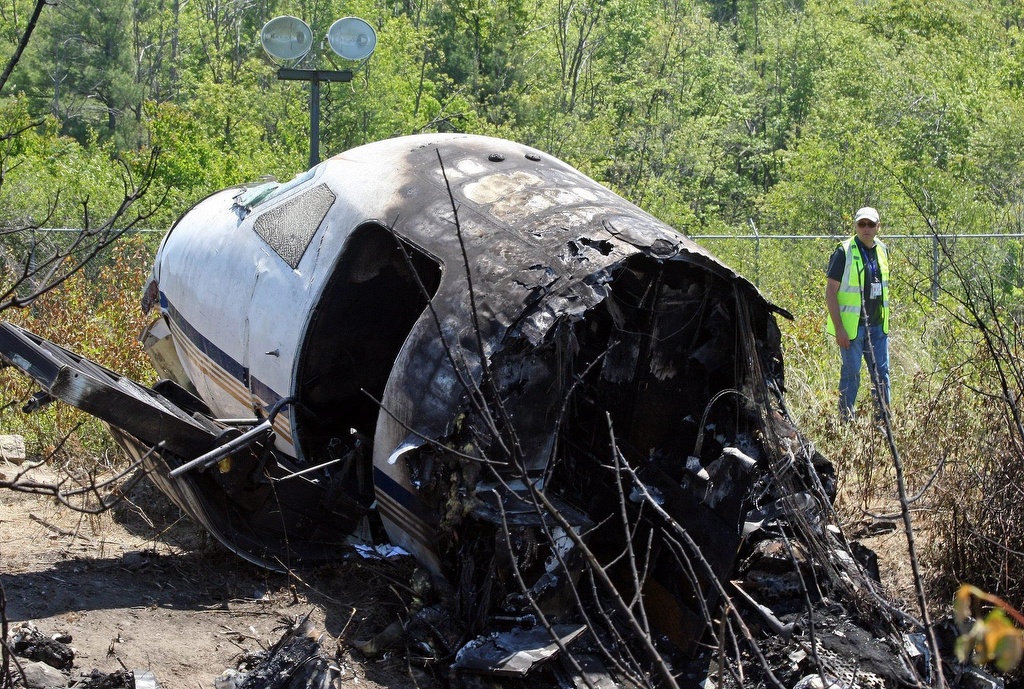 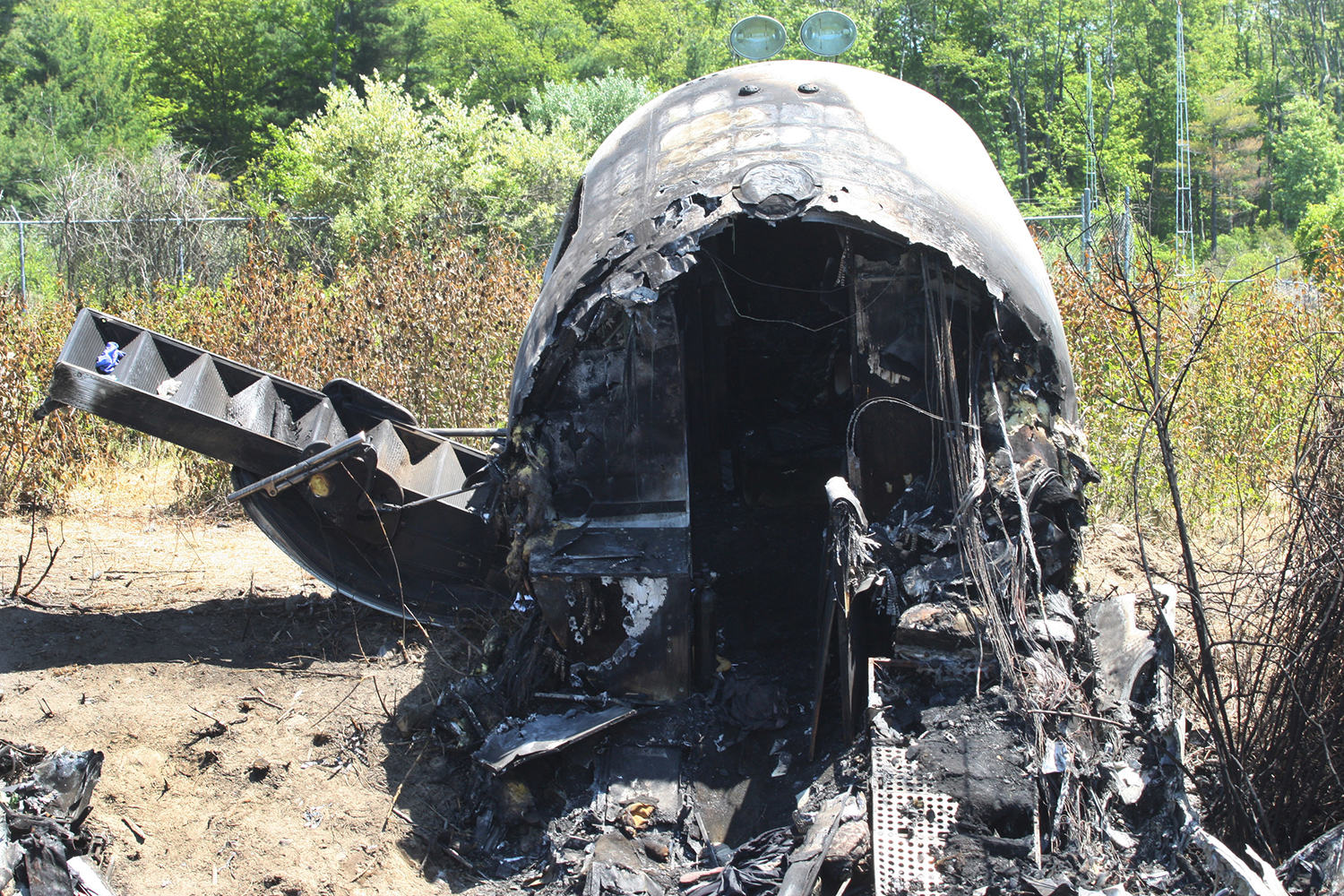 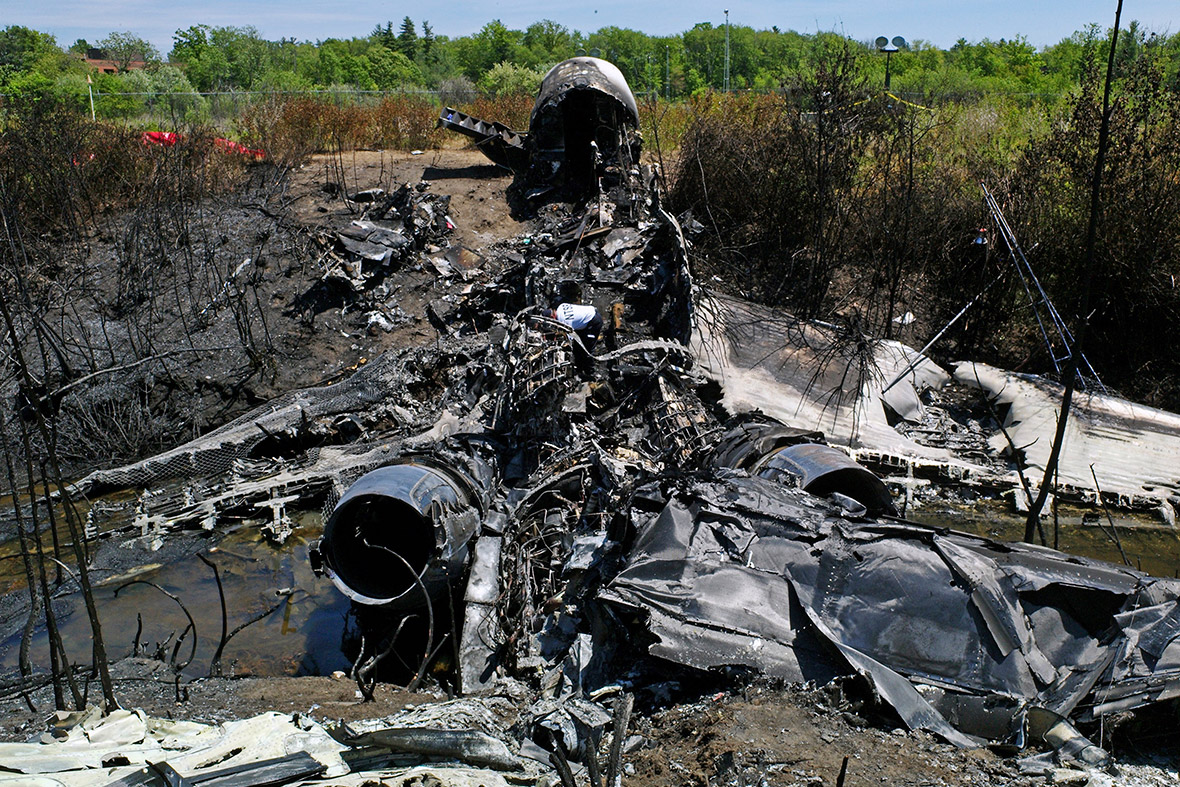 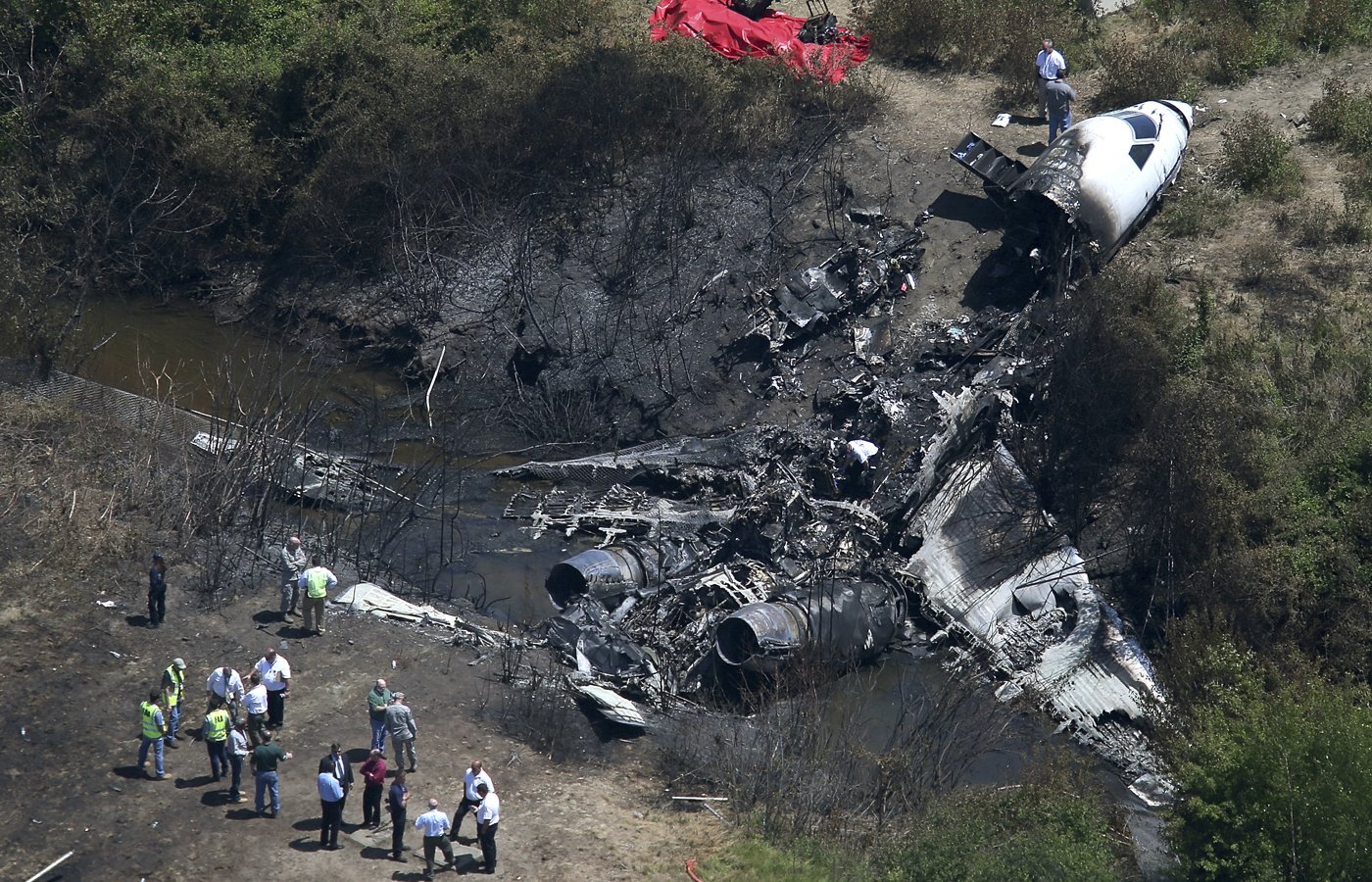 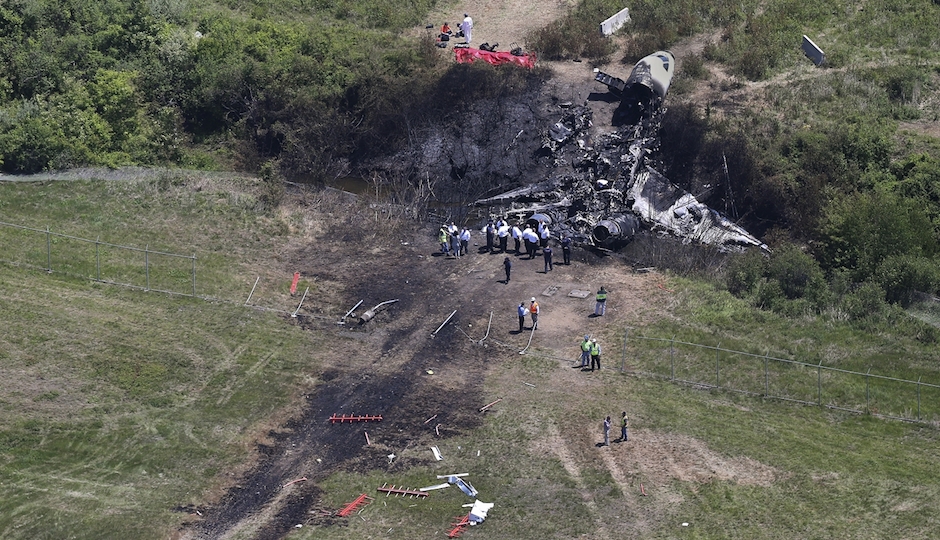 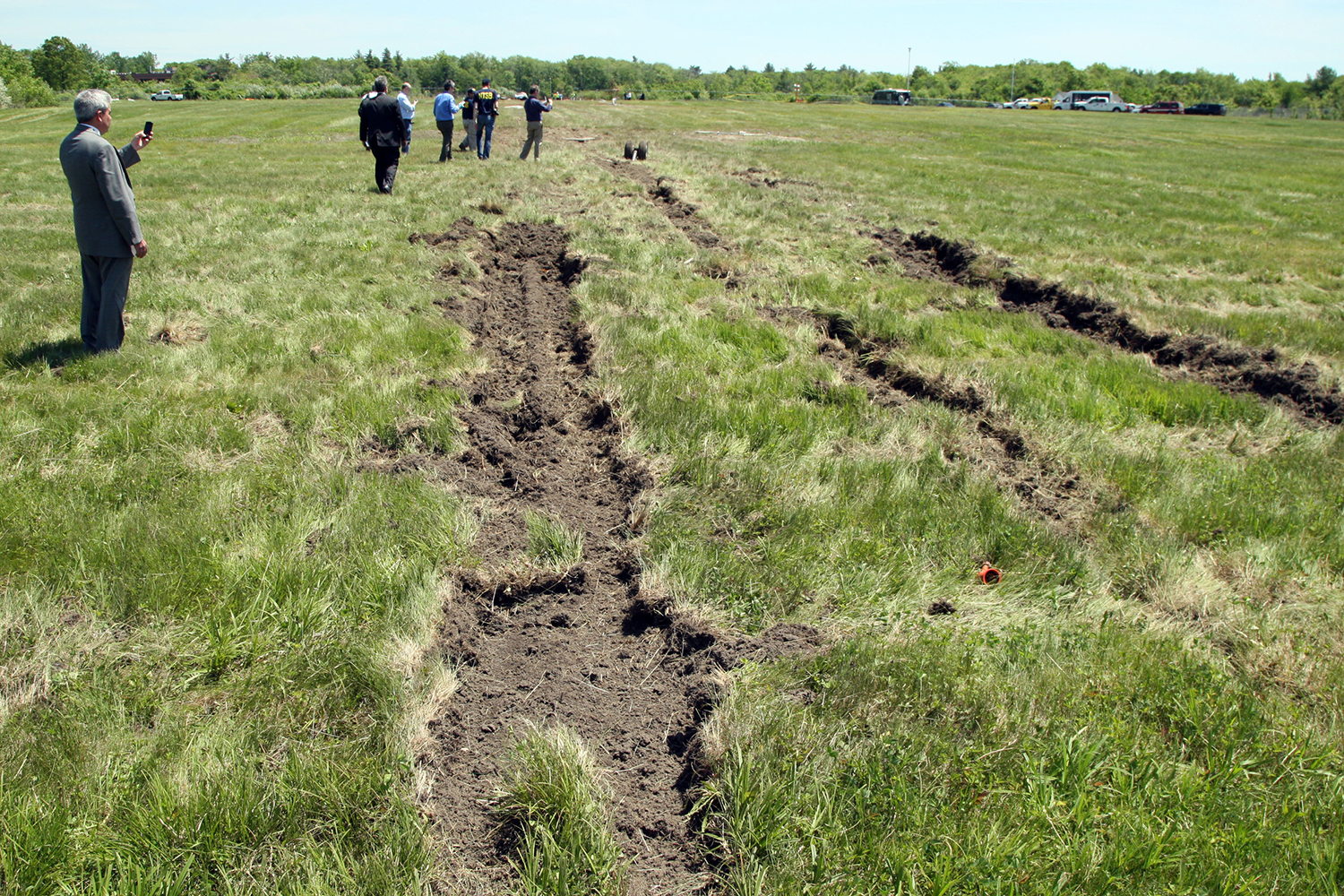