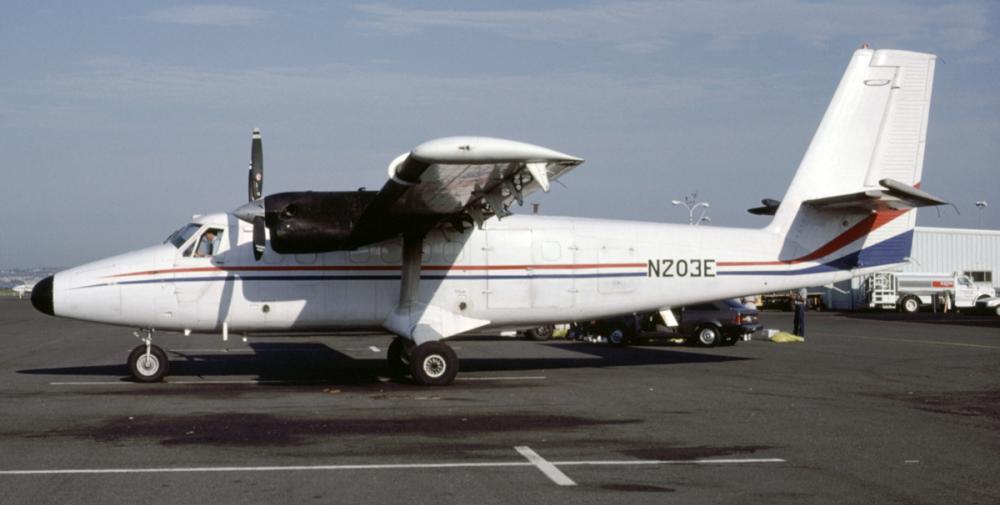 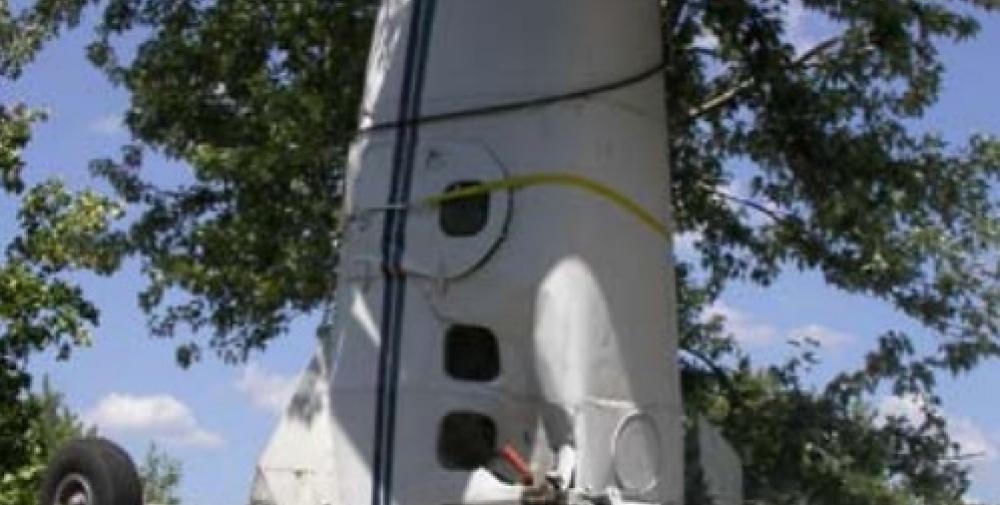 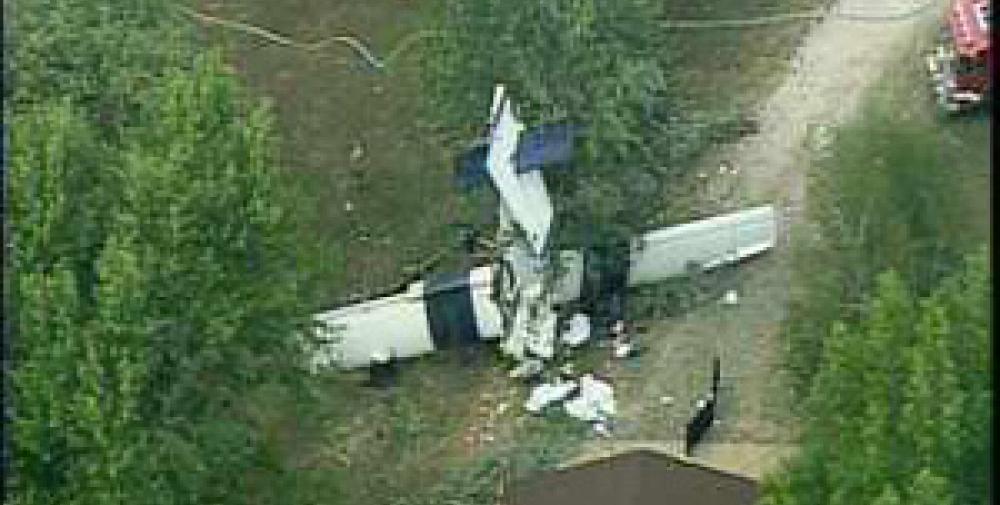 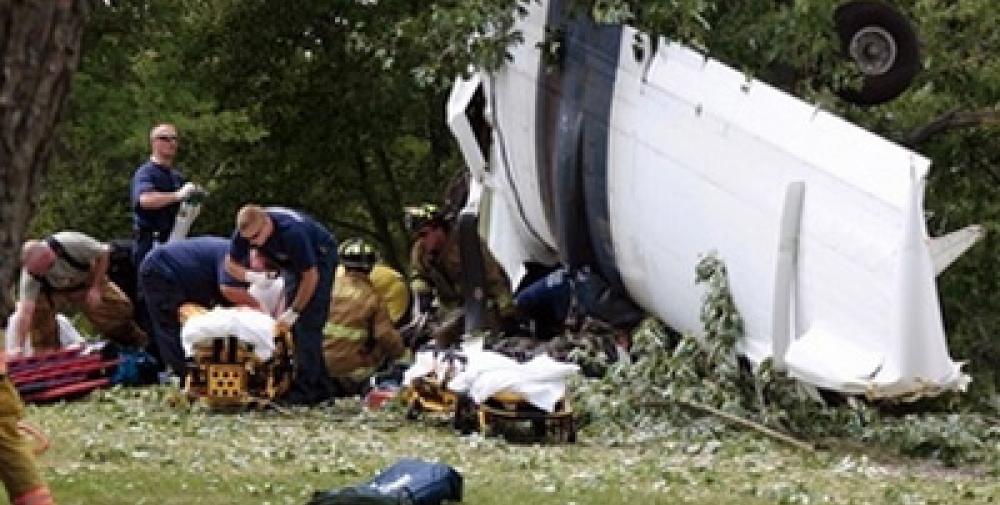 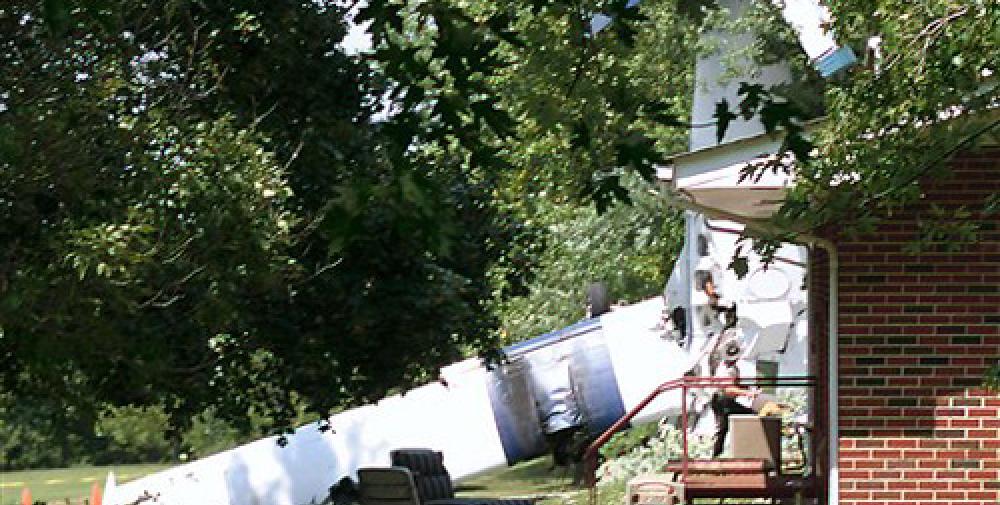 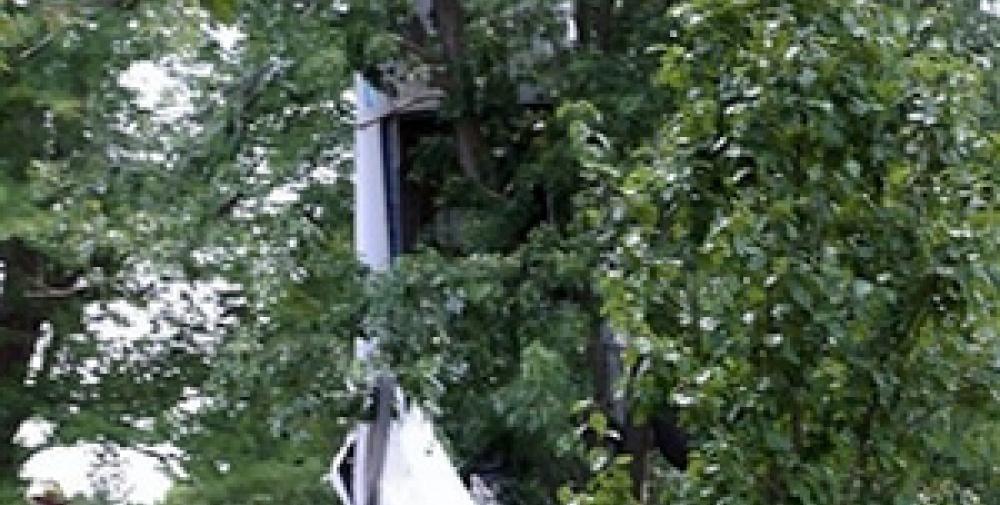 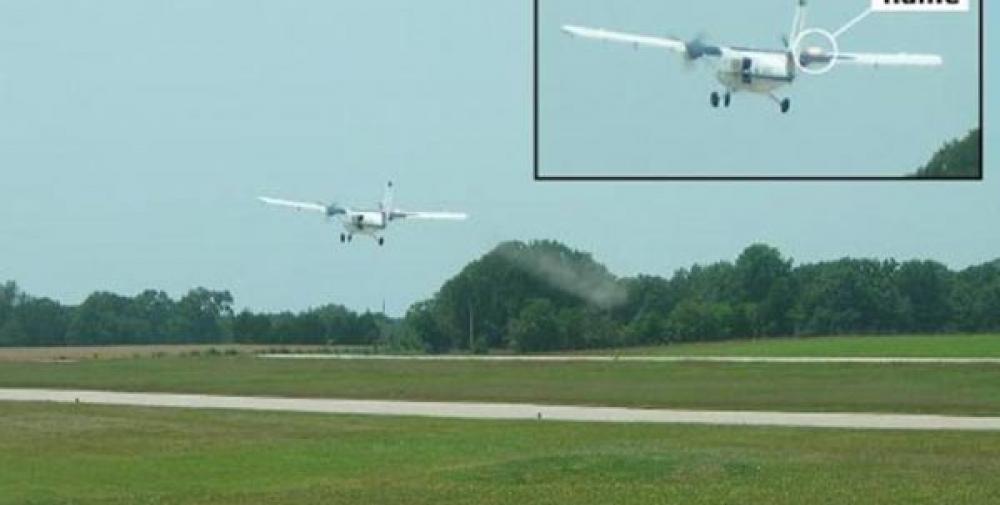 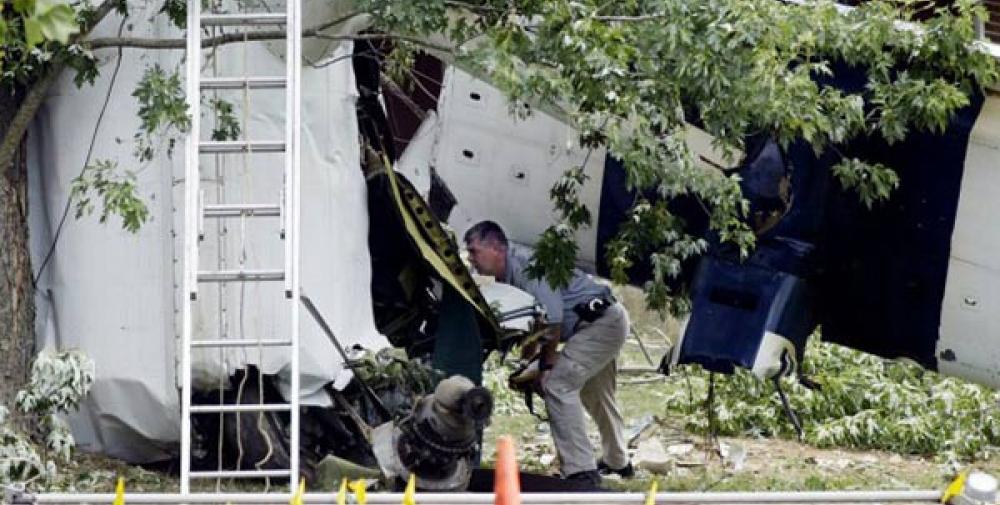 Registration:
N203E
Flight Phase:
Takeoff (climb)
Flight Type:
Skydiving / Paratroopers
Survivors:
Yes
Site:
City
Schedule:
Sullivan - Sullivan
MSN:
53
YOM:
1967
Location:
Sullivan
Missouri
Country:
United States of America
Region:
North America
Crew on board:
1
Crew fatalities:
0
Pax on board:
7
Pax fatalities:
0
Other fatalities:
0
Total fatalities:
6
Captain / Total flying hours:
6000
Aircraft flight hours:
37434
Circumstances:
On July 29, 2006, about 1345 central daylight time, a de Havilland DHC-6-100, N203E, registered to Adventure Aviation, LLC, and operated by Skydive Quantum Leap as a local parachute operations flight, crashed into trees and terrain after takeoff from Sullivan Regional Airport (UUV), near Sullivan, Missouri. The pilot and five parachutists were killed, and two parachutists were seriously injured. The flight was operated under 14 Code of Federal Regulations (CFR) Part 91 with no flight plan filed. Visual meteorological conditions prevailed. According to photographic evidence provided by a witness, the pilot taxied the airplane onto runway 24 from the intersecting taxiway, which is about 1,700 feet from the runway’s west end, and began a takeoff roll to the west from that location, rather than using the runway’s entire 4,500-foot length. Photographic evidence depicting the airport windsock shows that the airplane departed into a moderate headwind. Witnesses at the airport reported seeing the airplane take off and climb to about treetop height. Several witnesses reported hearing a “poof” or “bang” noise and seeing flames and smoke coming from the right engine. One witness reported that, after the noise and the emergence of flames, the right propeller was “just barely turning.” Photographic evidence shows that, at one point after the flames occurred, the airplane was about one wingspan (about 65 feet) above the runway. One witness estimated that the airplane climbed to about 150 feet. Witnesses reported that the airplane lost some altitude, regained it, and then continued to fly low above the treetops before turning to the right and disappearing from their view behind the tree line. Another witness in the backyard of a residence northwest of the airport reported that she saw the airplane flying straight and level but very low over the trees before it dived nose first to the ground. She and her father called 911, and she said that local emergency medical service personnel arrived within minutes. The airplane impacted trees and terrain and came to rest vertically, nose down against a tree behind a residence about 1/2 mile northwest of the end of runway 24.
Probable cause:
The pilot’s failure to maintain airspeed following a loss of power in the right engine due to the fracturing of compressor turbine blades for undetermined reasons. Contributing to some parachutists’ injuries was the lack of a more effective restraint system on the airplane.
Final Report:
N203E.pdf854.3 KB 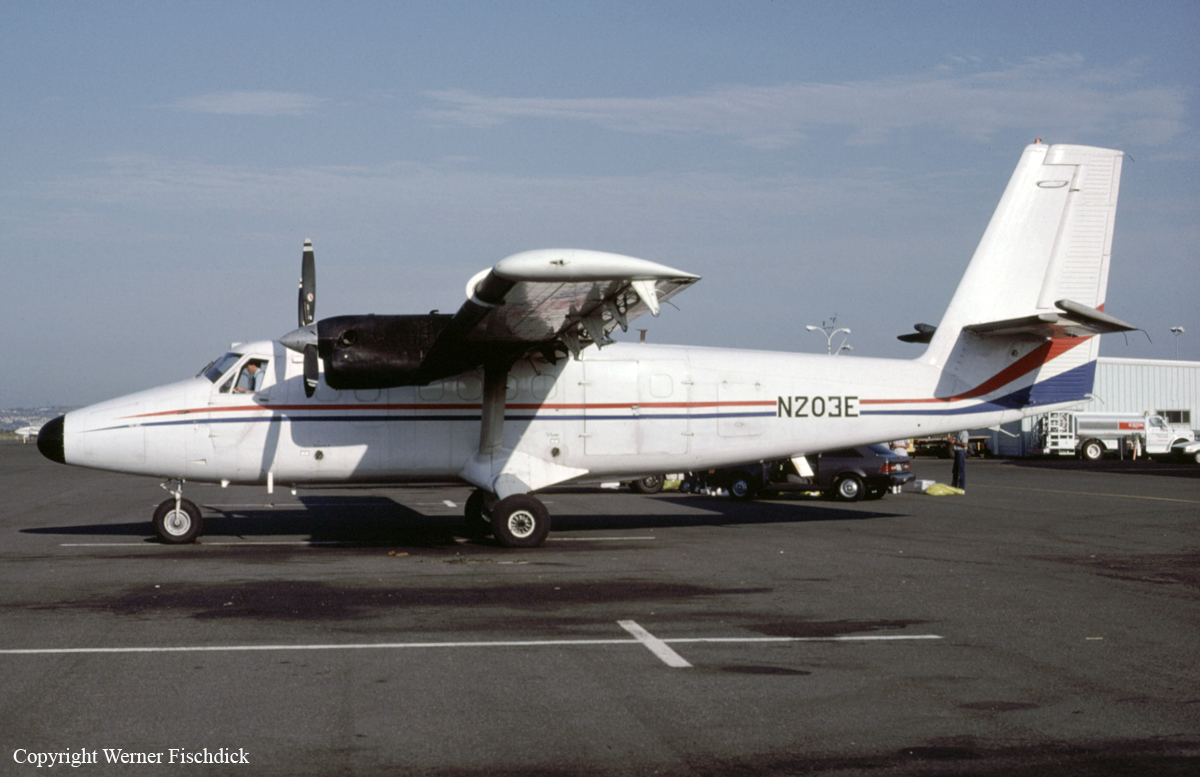 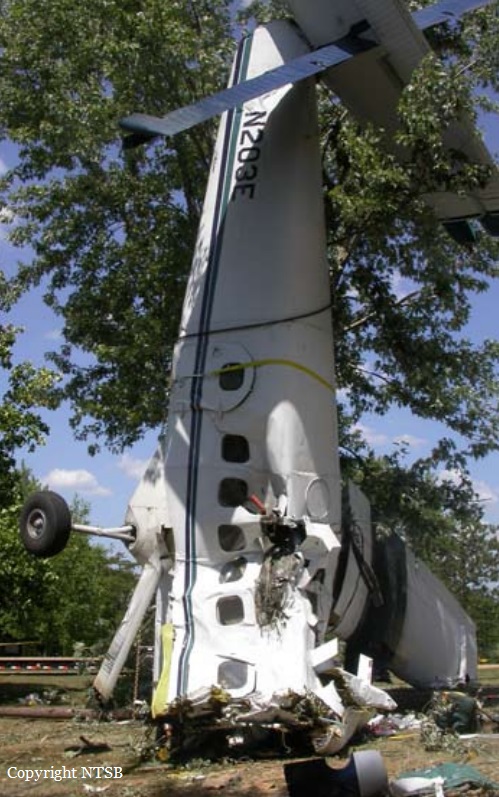 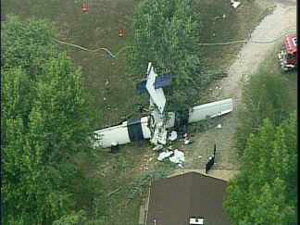 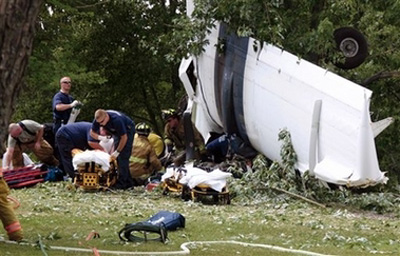 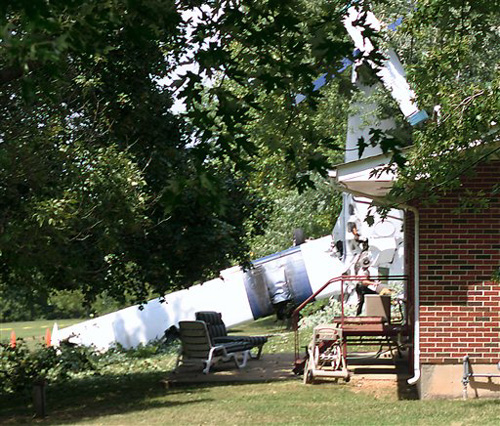 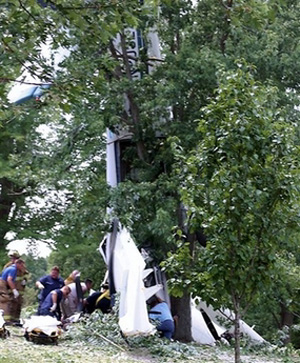 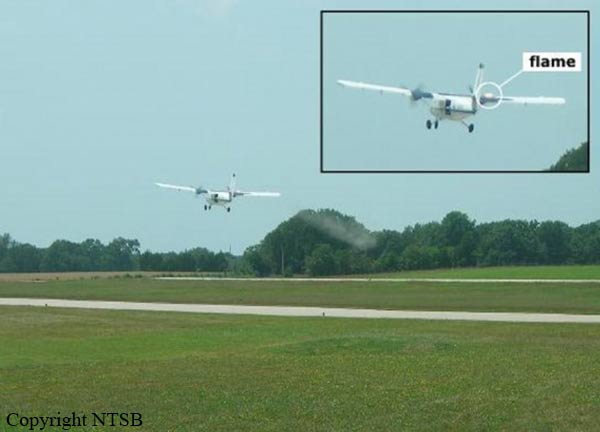 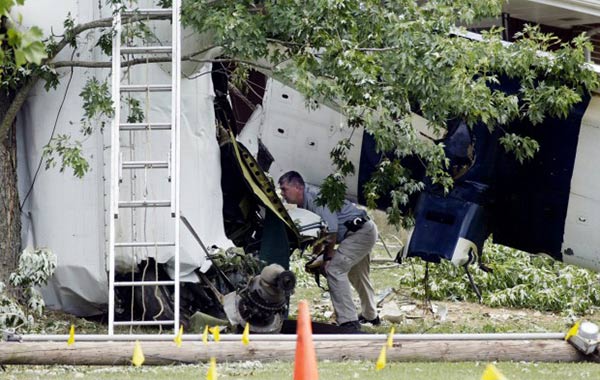